Interesting facts about the Olympic Games

The first recorded evidence of the ancient Olympic Games dates back to Ancient Greece, 776 BC. These games were held in honour of the Greek God Zeus and were as much of a religious festival as a sports event. They were held in a place called Olympia in Greece's Peloponnese peninsula.

The King of Pisa in the Peloponnese is considered in Greek mythology as the founder of the Olympic Games.

The first Olympic champion was Coroebus of Elis. He was a Greek cook who came first in the stadion (running) race during the first recorded Olympic Games in 776 BC. Records say that the stadion was the only race that took place during these games, meaning Elis was the overall champion.

The ancient Olympics was initially a one day event that was eventually extended to three days in 684 BC. In the 5th century BC., the Games were extended once again to span over a total of five days. The ancient Olympic Games included running, long jump, shot put, javelin, boxing, pankration (combination of wrestling and boxing) and equestrian events. Women were forbidden to participate or spectate, perhaps in part because all the male athletes competed completely naked. Prizes for the winners was a modest, yet prestigious olive wreath.

Unlike the modern Games, the Ancient Olympics were reserved for amateur and non-professional competitors. The first modern Olympic Games was held in Athens, Greece in 1896 and continued to champion amateur athletes, as professions (paid athletes) remained prohibited from competing. The 1980s saw the introduction of professional athletes to the Olympics, and since then, the number of official sports has increased to 32.

The Olympic Games are now the world’s most important international athletics competition.

Even if you’re not especially interested in sports there’s something truly magical about the Olympics. To help inspire some of that Olympic spirit we’ve gathered together some interesting facts from the ancient right through to the modern Olympic Games. 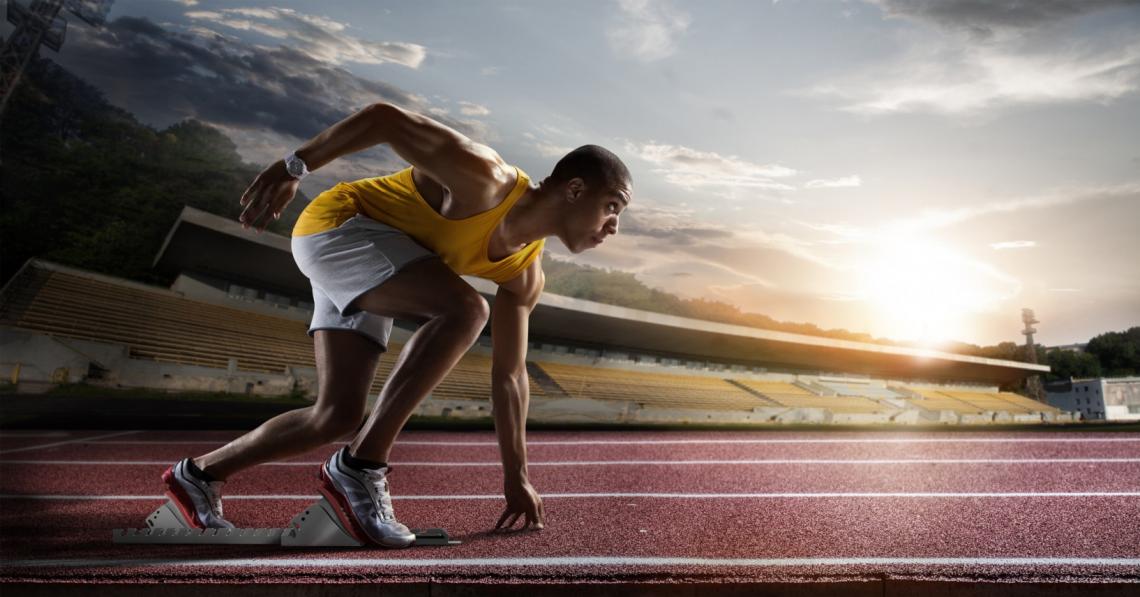 Only free men (i.e. not slaves) who spoke Greek could participate in the ancient Olympic Games. Unlike the modern Olympics, which are held every four years in a different location, the ancient Olympics were always held in Olympia. Many competitors travelled from all over the world to compete.

During the ancient Olympic Games, women were not only forbidden to participate, but also not allowed to attend the event as spectators. The reason? Although the evidence remains unclear, some research suggests it was because all the participants competed naked. The first female participants to compete in the Olympic Games was in 1900. According to the official reports from the International Olympic Committee, during the 1900 Games held in Paris, there were 22 female and 997 male competitors. 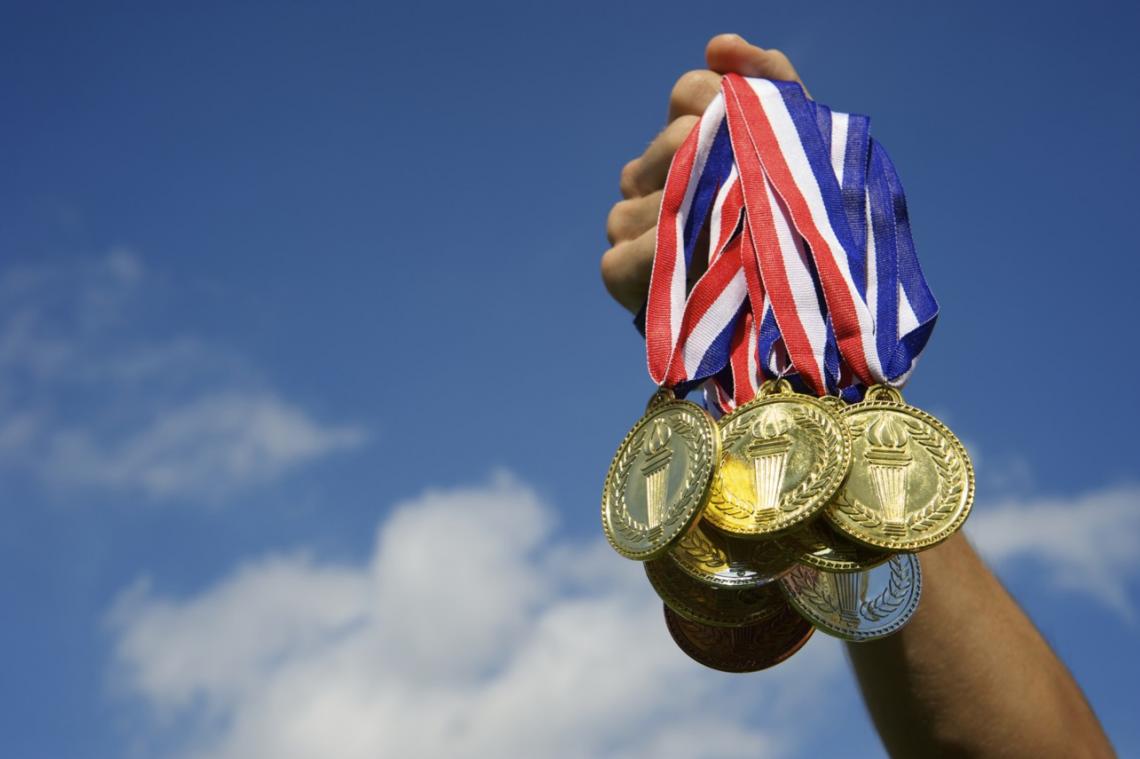 Gold medals are made of silver

Despite the popular belief that the Olympic Gold Medal is made of pure gold, this has not been the case since the 1912 Olympics.

Gold medals are now primarily made up of silver and contain around 6 g of gold - in order to meet the standards laid out in the Olympic Charter.

If Olympic gold medals were to be made with pure gold today, they would cost more than 25,000 euros each. 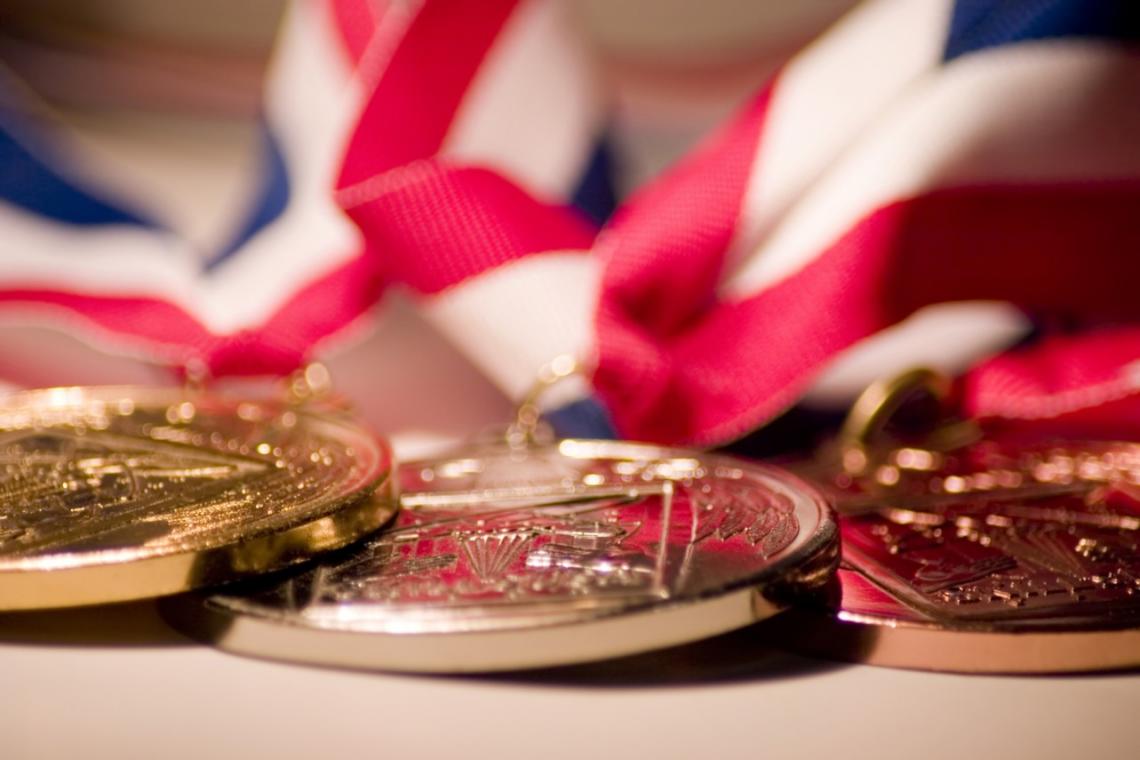 What are the other medals made from?

Silver medals contain 92.5% silver and the rest is copper. Bronze medals are made of copper, zinc, tin and a very small amount of silver.

Citius, Altius, Fortius is the Olympic motto - which is Latin for “faster, higher, stronger”. The motto was proposed by the founder of the International Olympic Committee, Pierre de Coubertin, in 1894 and was made official in 1924. 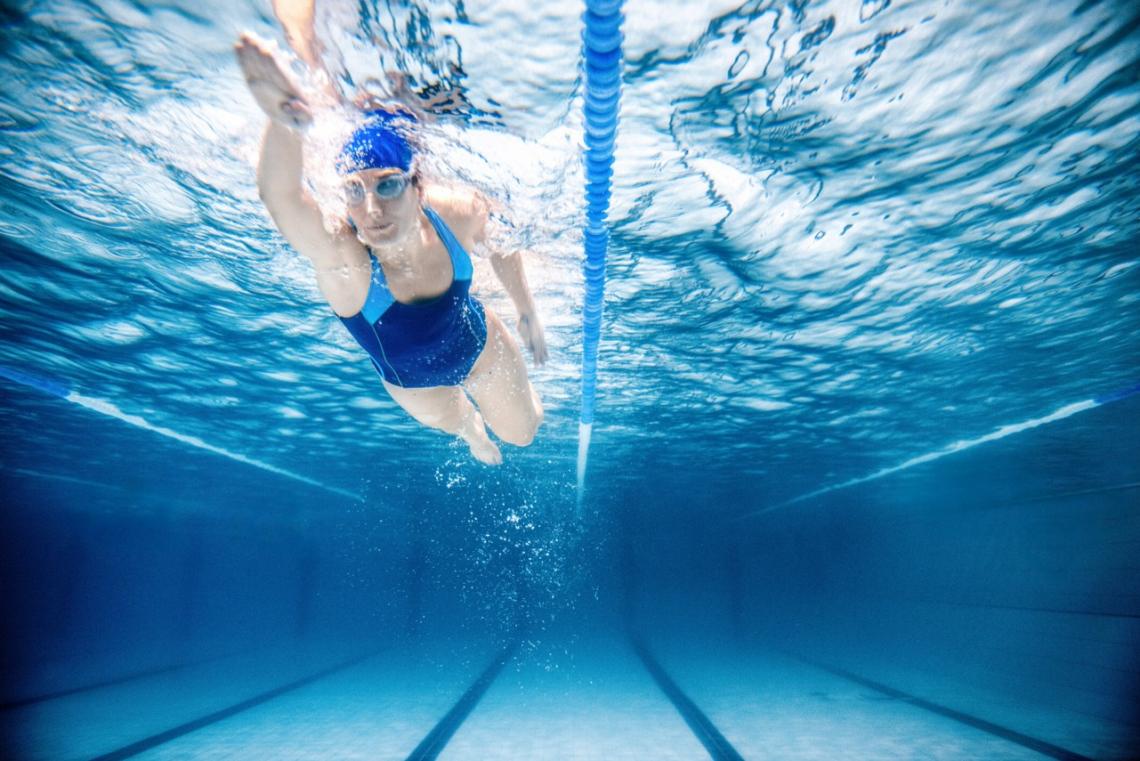 The Olympic Hymn is also known informally as the Olympic anthem. This is music you hear when the Olympic flag is raised. It was composed by Spyros Samaras and the lyrics written by the Greek poet Kostis Palamas. The Olympic Hymn was first played at the 1896 Olympic Games in Athens, but did not become the official hymn of the Games until 1957.

he Olympic symbol also widely known as the Olympic rings is the visual ambassador of 'Olympism' for billions of people across the world. The five coloured rings represent the five continents of the world (Africa, Americas, Asia, Europe and Oceania). The rings are interconnected to symbolise the cross-continental friendships forged as a result of the international competition.

According to the Olympic Charter, “The Olympic symbol expresses the activity of the Olympic Movement and represents the union of the five continents and the meeting of athletes from throughout the world at the Olympic Games.”

The rings, from left to right, are blue, yellow, black, green and red. The Olympic flag, which displays the rings was first raised during the 1920 Olympic Games.

Cities that have most frequently hosted the Olympic Games

The 2016 Games in Rio marked the first time that the Olympics was hosted by a South American country. 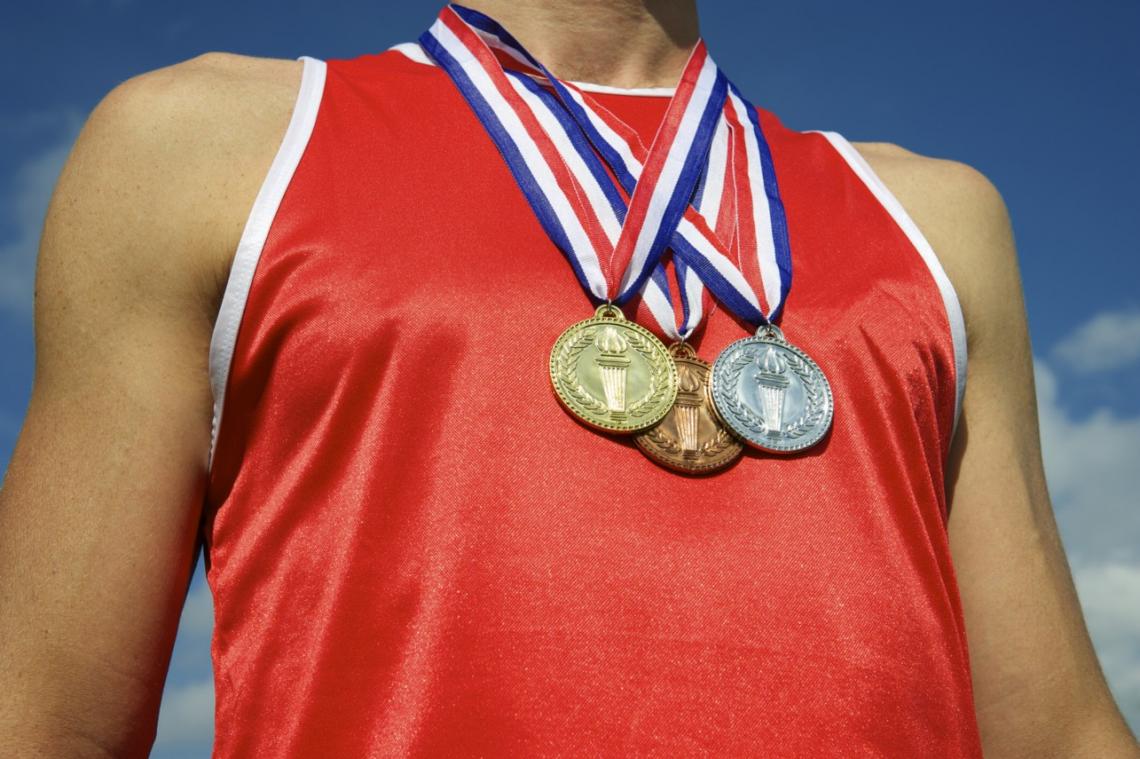 Did you know that Greece always leads the procession of athletes at the opening ceremony of the Olympic Games? It is followed by all the other teams in alphabetical order according to the language of the host country. The last is always the team from the host country. 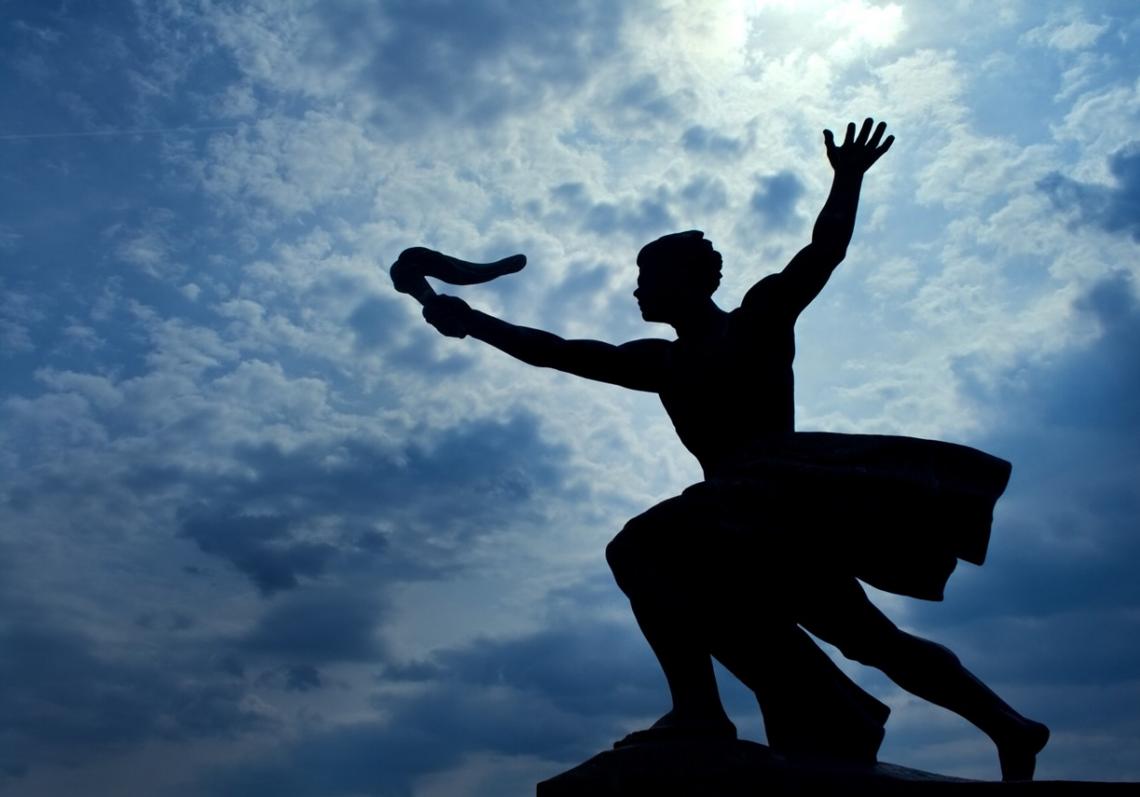 Real-time sports broadcasting was introduced in 1964. The stopwatch you can in the corner of television screens during the Games is a relatively modern addition to the competition. It was in 1964 that the Omega company introduced the Omegascope, a technology that is able to show an athlete’s real-time on television.

This innovation has changed the way Olympic Games are watched, and created a whole new level of excitement. 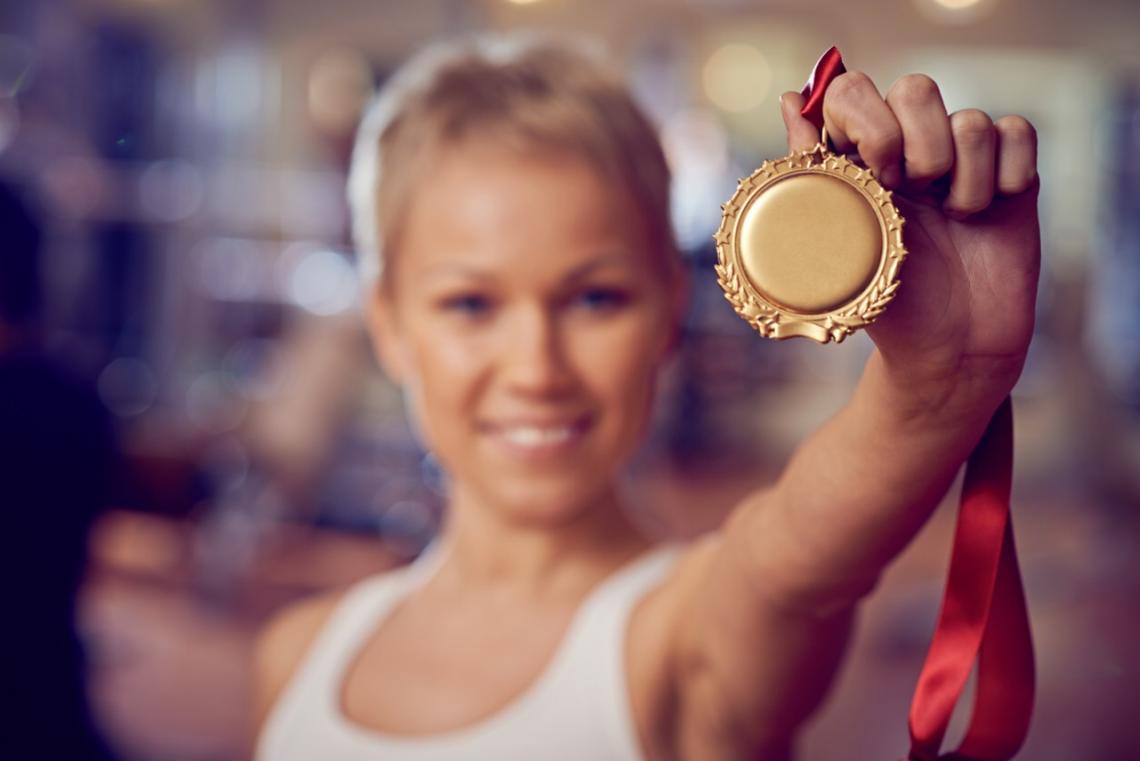 The IOC is a not-for-profit independent international organisation made up of volunteers. This is the independent group that is responsible for organising the modern Summer and Winter Olympic Games. 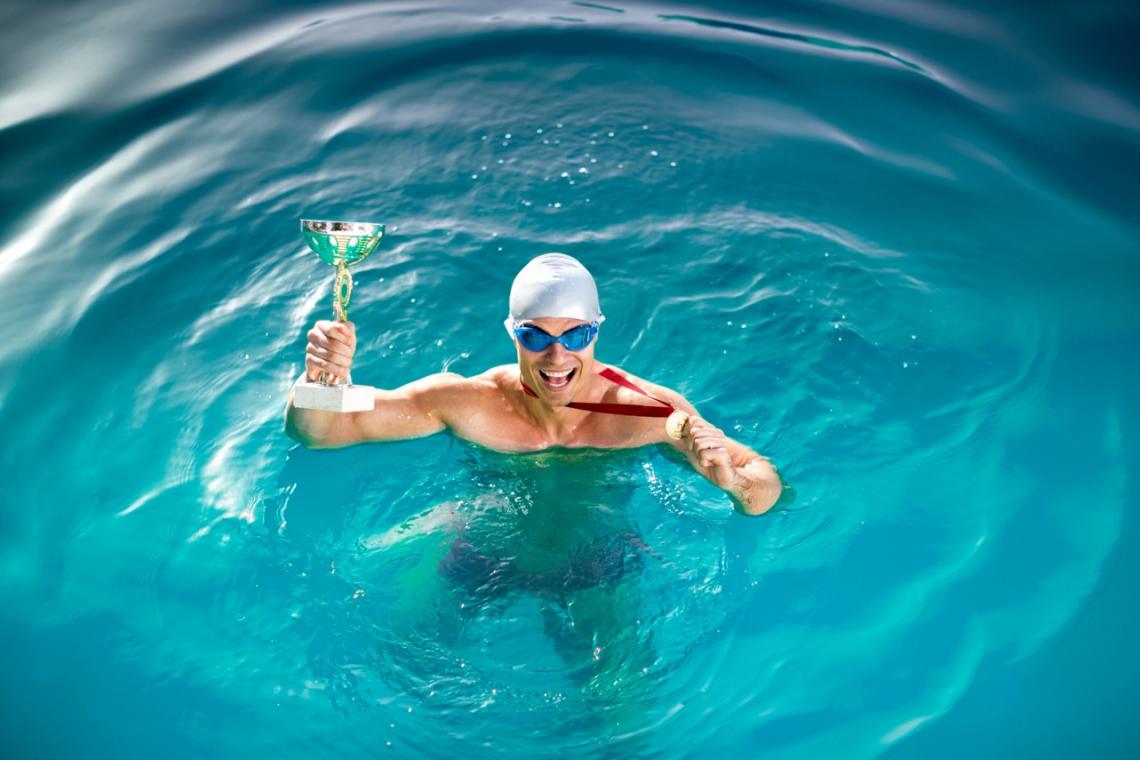 It seems only world wars get in the way of the Olympics. The modern Olympics have been cancelled three times: 1916, due to World War One; along with 1940 and 1944 as a result of World War Two.

Facts that inspired Tolkien to create the Middle Earth