Politicians, philosophers, writers, scientists... they made history by taking over in a world of men.

They say that history is written by the victors and at almost any time since human beings learned how to write to present day, these victors were men and not women. For supposed biological reasons, moral codes, religious impositions or social conventions, the female gender has been relegated to a secondary level in history and has had to gain rights and privileges that were considered inherent to men. More or less directly, the feminist struggle for rights and equality has been active for a long time.

While it is true that control over the most important issues and decision-making was decided by mostly men and although it was not very common (in the ancient world there are examples where women really had freedom and power) for women to receive an education comparable to that of men and or even be trained in combat, there were few cases were women did make a mark in a world ruled by men. This could be the case of the Spartan women or Hypatia of Alexandria, who taught philosophy and astronomy at the Neoplatonic school.

The fall of the Roman Empire in 476 A.D. gave way to the Middle Ages, whose first period is characterized by a regression and the loss of values that civilizations such as Rome or Classical Greece had. The extension of the three great monotheistic religions in Europe, the Middle East and North Africa introduced in the population moral and especially strict norms and the almost natural assumption that women were not equal to men. In the case of Christianity, this was seen from the moment Eve bit the apple in Genesis in the Bible.

Joan of Arc or Christine de Pizan, considered the first professional writer of the story, broke the conception that the woman should be subordinate to a man (father, brother, husband or son) and laid the foundations for what would come in the 17th, 18th and 19th centuries: the emergence of feminism as a structured movement aware of its importance, as well as the first truly significant gaining of rights for women.

From the Chinese Empress Wu Zetian to Virginia Woolf, Marie Curie, Frida Kahlo or Eva Perón; these are some of the many women who promoted feminism throughout history: 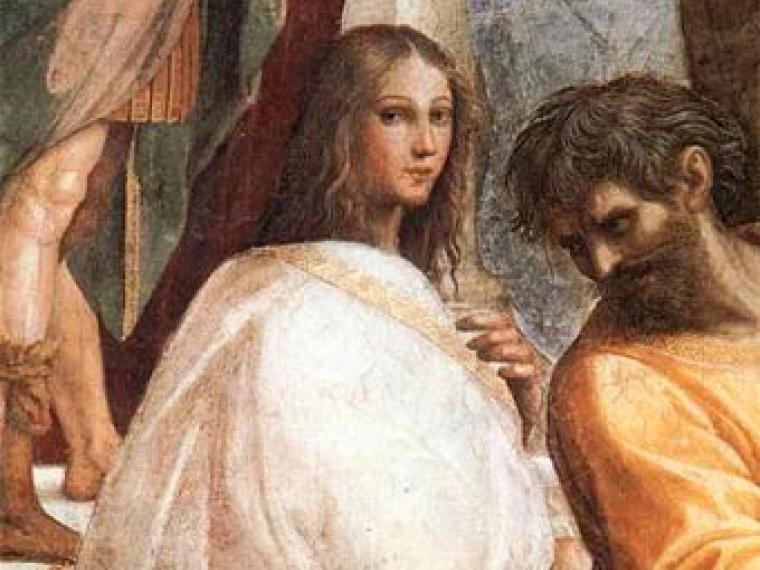 She was a philosopher, mathematician and became director of the Museum of Alexandria in a world ruled by men, debating few options of education and power to women. Her father was a great philosopher, Theon of Alexandria, and thanks to it, from her childhood she cultivated the arts, sciences and music, and traveled to Rome and Athens, where she studied philosophy, astronomy, mathematics, physics and logic.

In 391 Christianity became the official and unique religion of the Roman Empire. Hypatia was pagan and, moreover, had become an influential woman, not only in science but also in politics. She was brutally beaten, raped and killed by Christian fanatics, a group of fundamentalist monks. It is believed that the new bishop of Alexandria, Cyril, who was later canonized by the Church, was behind her murder, since he had already called her a witch and sorceress. Hypatia is an icon of philosophy and stood out for his contributions in mathematics and astronomy. Her image is included in Raphael’s famous painting, 'The School of Athens', where the most important Greek philosophers appear. 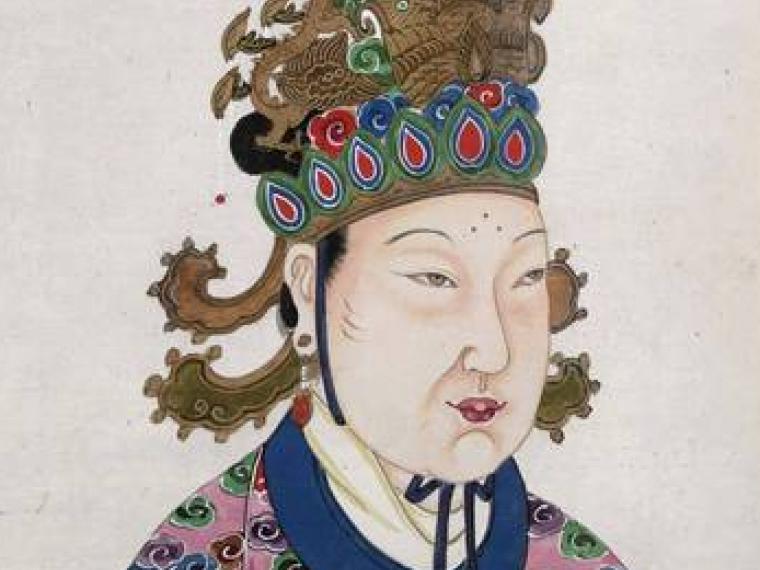 She was the only empress to hold all power in China. She was born in 625 into an aristocratic family. After the death of her husband, Emperor Gaozong, she decided to occupy the throne herself, over and above her children’s right to rule. Under her rule, China experienced a period of political stability, economic stability and cultural splendor. It favoured the development of agriculture and raised the social status of Chinese women. In addition, the largest of the Longmen Grottoes, the Fengxian Grotto, was built by her. 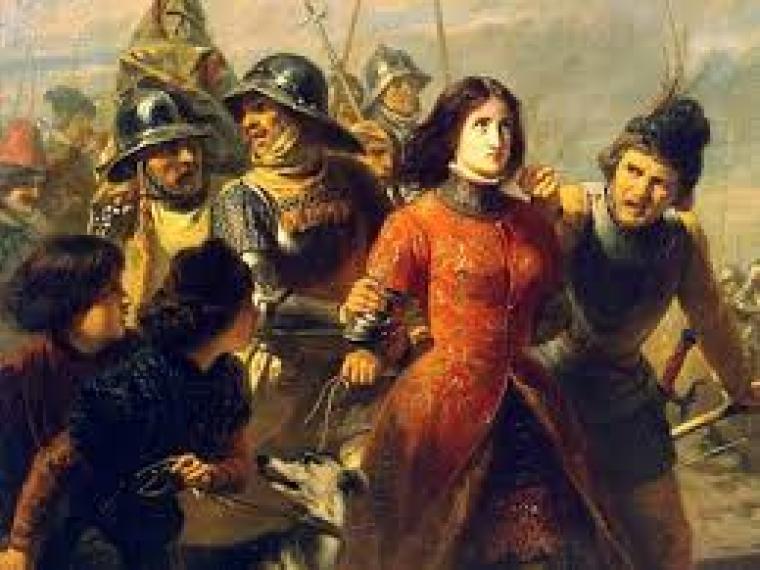 She is believed to have been born on 6 January 1412 in Domrémy, France. At the age of 17, she led the French royal army, after convincing King Charles VII of France to expel the English from France. However, in May 1430 she was captured by the English and tried, accused of heresy and witchcraft, and was killed at the stake a year later. In fact, this trial served to discredit Charles VII who, despite having helped him to the throne, did nothing to free her from death. 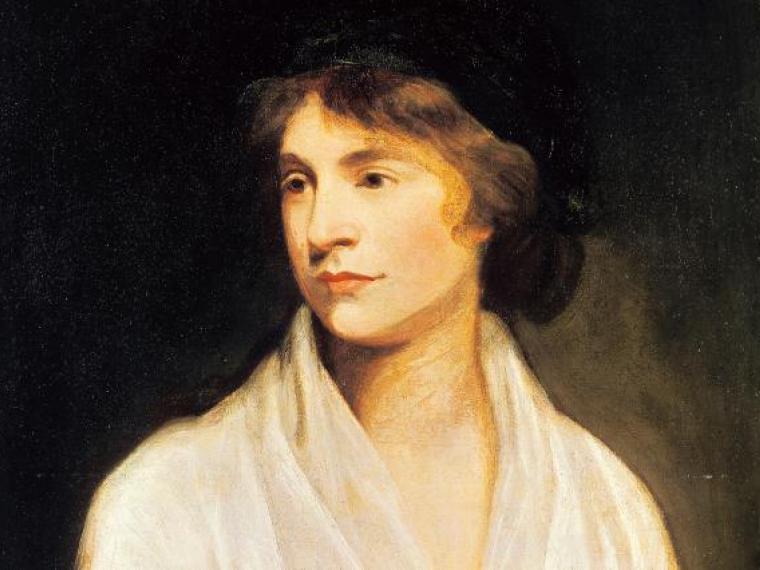 She was a British writer and philosopher, one of the few dedicated women who could make a living as a writer in London at the time. In her most famous work, 'Vindication of Women’s Rights', of 1792, she argues that men and women are equal by nature, and that they are treated differently only by their education in life. Thanks to her contributions to feminism, she was one of the most popular women in Europe at the time. 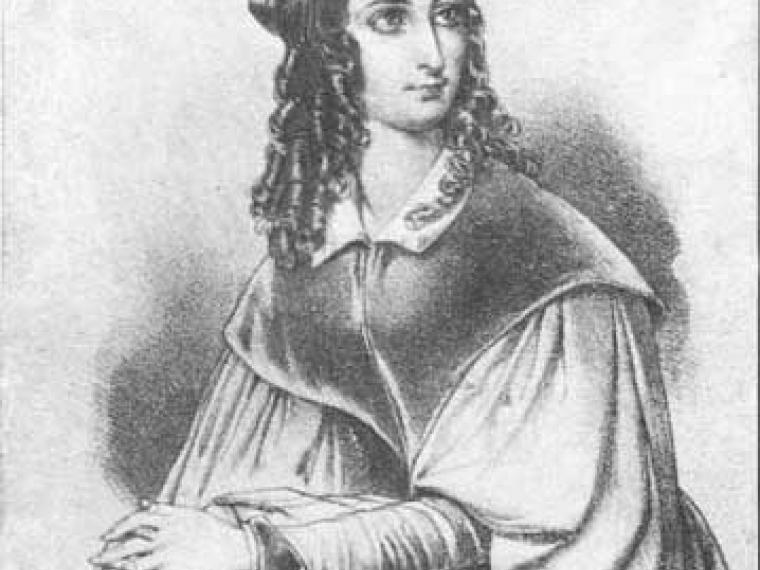 Born in Paris on April 7, 1803, she was a writer and thinker. Of humble origin, she married for obligation at the young age of 17, to avoid suffering economic hardship. She could never inherit from her father, since he never recognized her as his daughter. Her condition as an illegitimate daughter and later as a separated wife marked her existence throughout her life. In works such as 'Emancipation of Women', published two years after her death, or 'The Workers' Union', she lays the foundations of feminism and highlights the rights of workers and, more specifically, women. 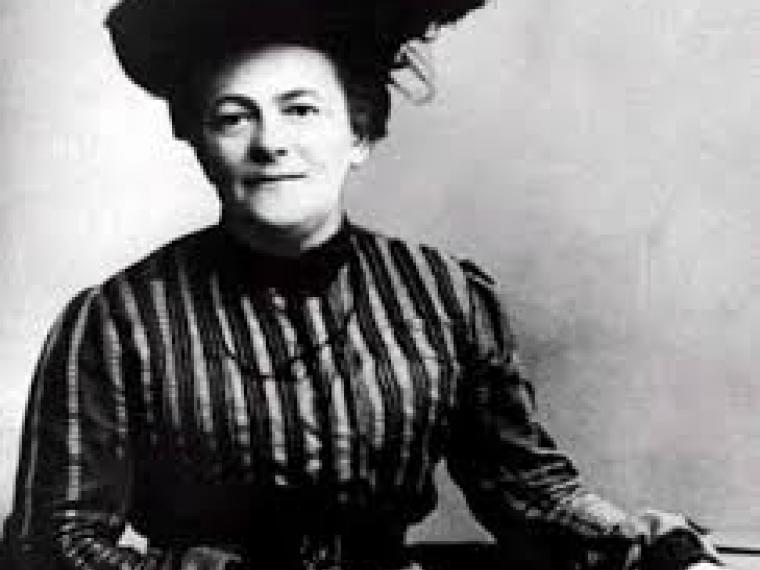 Clara Zetkin was born in Germany on July 5, 1857. She was one of the first women to study at university to become a teacher. At the end of her studies she began to move into politics, and to become part of the workers' movement. In 1881, Emperor Otto Von Bismarck banned all association related to socialism and she was forced to go into exile in Paris with her family. She began teaching and recruiting people for her feminist cause. In fact, she founded the women’s newspaper 'Equality', published between 1892 and 1917. 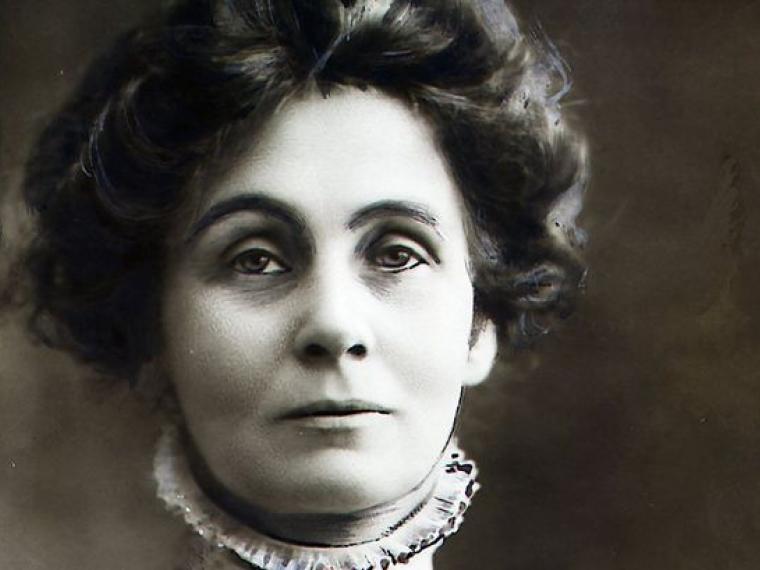 (Manchester, July 15, 1858 - Hampstead, June 14, 1928) The main contribution of the British activist was the struggle for women’s vote, leading the suffragette movement. In 1903 she founded the Women’s Social and Political Union or WSPU, a movement for which she went to jail on more than one occasion. 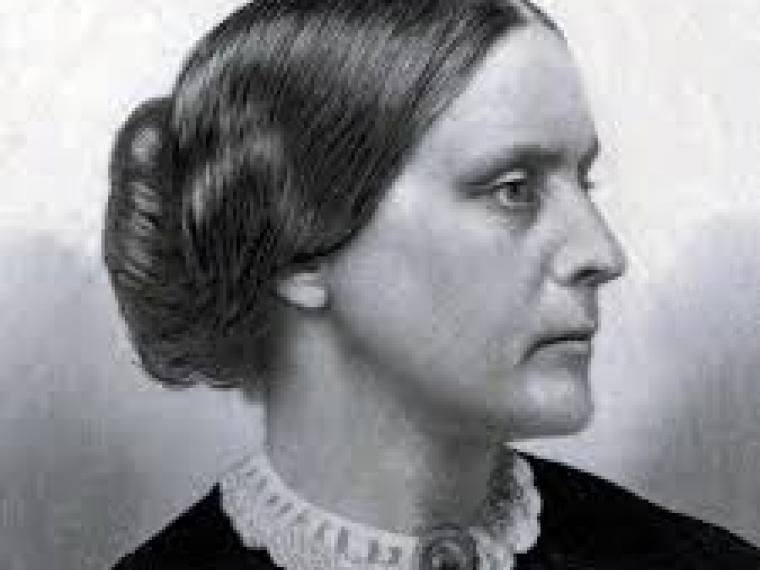 Susan Brownell Anthony was born on February 15, 1820 in Massachusetts, and devoted her entire life to the feminist cause. Her father and brothers dedicated themselves to the fight against slavery. She grew up in New York and trained as a teacher, a profession she practiced until she began to devote herself entirely to political life at the age of 30. She founded the New York State Women’s Temperance Society and the League of Loyal Women, amongst other feminist associations in which she participated. She was president of the American National Association for Women’s Suffrage. 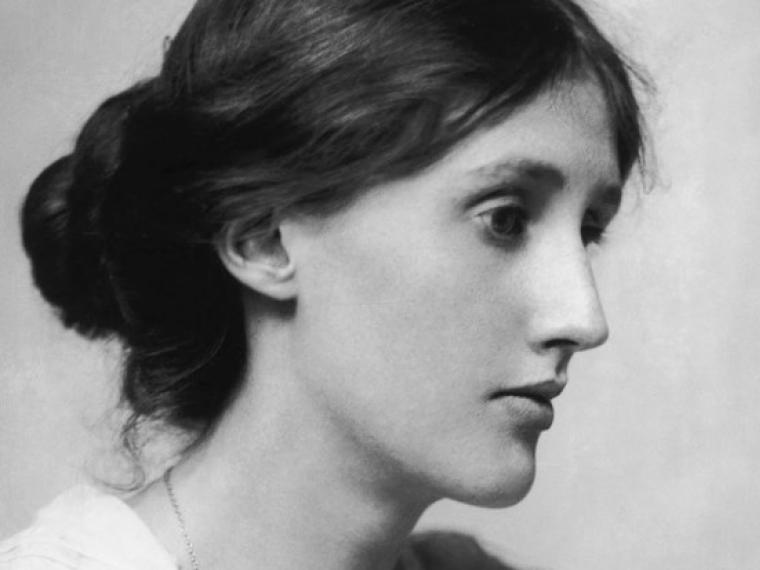 (Adeline Virginia Stephen; London, 1882 - Lewes, 1941). She was a British writer who considered herself one of the renovating figures of modern literature. Woolf was one of the first to reflect on female identity and its relationship with the arts. Her ideas of women’s independence is reflected in one of her most famous works, A Room of One’s Own, from 1932. 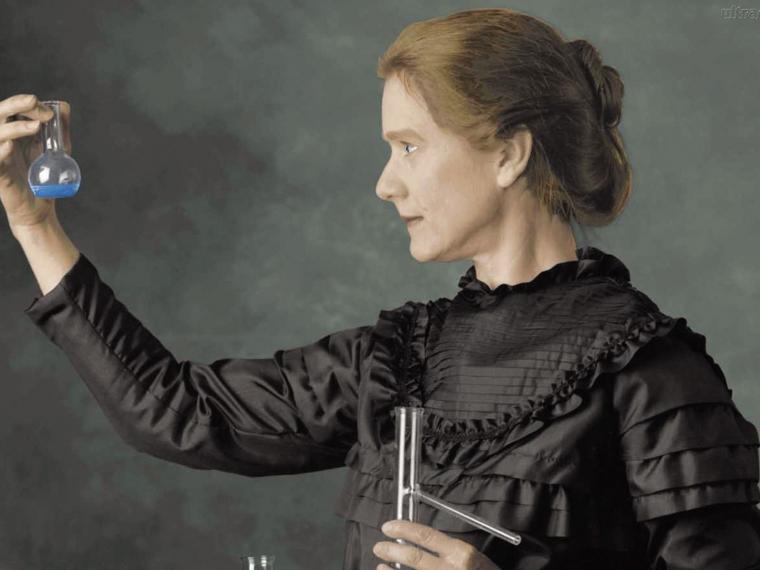 Winner of the Nobel Prize in Chemistry in 1911, this Polish woman was the first woman to obtain such an award. In 1989, after years of hard work and in precarious conditions, the Curie couple announced the discovery of two new elements: polonium and radio. A job started by Marie herself and for which her husband, Pierre, decided to abandon his previous investigations to help her. After her husband’s death in 1906, she inherited her chair at the Sorbonne and headed the Radio Research Institute, along with Dr Claudius Regaud. 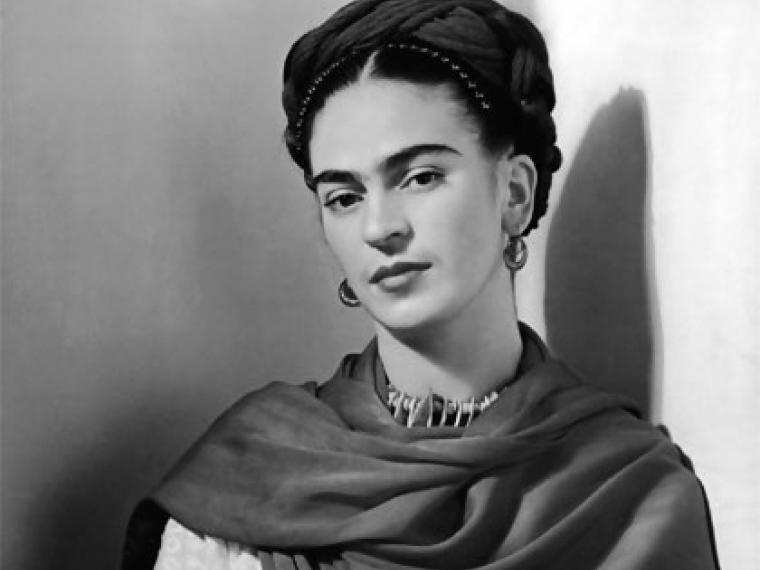 The well-known Mexican artist had to deal with major health problems since her childhood. Her works are mostly autobiographical, and are marked by serious events lived throughout her life. From an early age she suffered from fibromyalgia, which forced her to endure terrible pain. In addition, at the age of eighteen a tram ran over her and her spine broke into three parts. She had to stay in bed for extended periods of time and she lost the ability to conceive. This physical and emotional pain led her to produce some of her most famous works, such as Henry Ford Hospital. 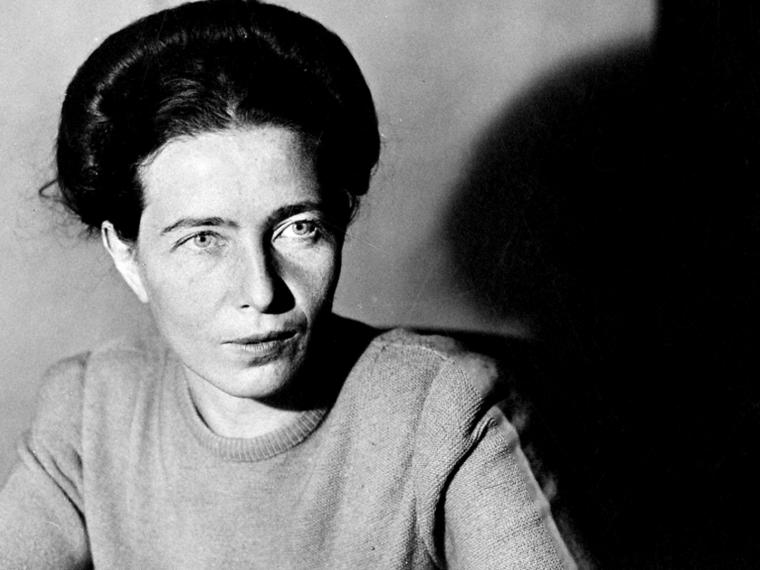 The French novelist Simon de Beauvoir lived in Paris from 1908 - 1986 and wrote works that today are considered classics of contemporary feminism. Her most famous contribution was the work The Second Sex, written in 1949, which served as a starting point for many feminist groups. 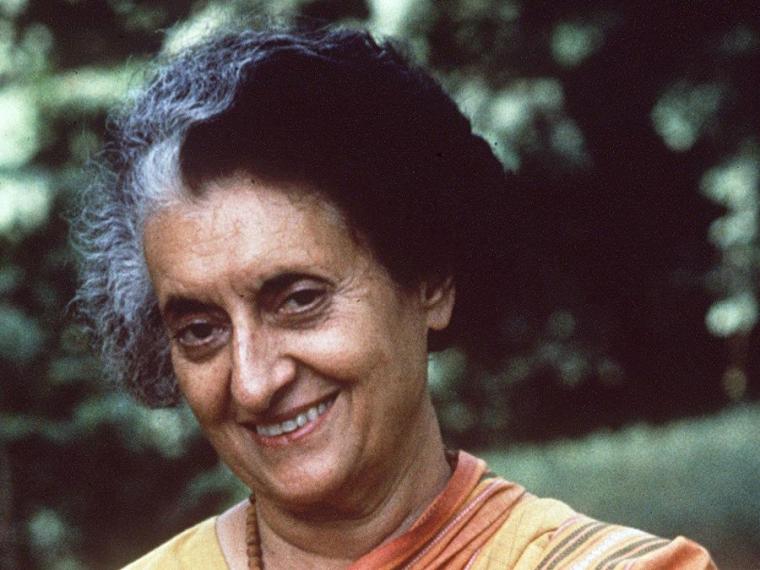 One of the most influential people in the history of India, she was the first woman to serve as Prime Minister of India. She was born in 1917 and took the last name from her husband, Feroze Gandhi, a politician and journalist who was not related to the pacifist Mahatma Gandhi. She was educated in Switzerland and England. In 1947 she began to be influential in politics, in 1966 she made history by being elected by the Indian Parliament as the new prime minister. In May 1984, she was murdered by two members of her security guard. 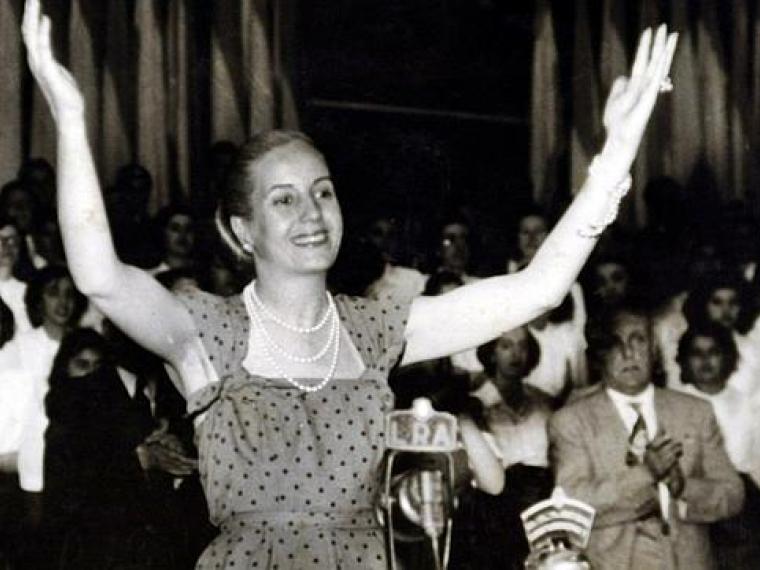 Eva Perón Duarte was a woman with charisma who did not settle for staying in the shadow of a man. Known for her incredible power of speech and summons. She took advantage of her position as First Lady to fight for workers' and women’s rights, with special emphasis on women’s suffrage. 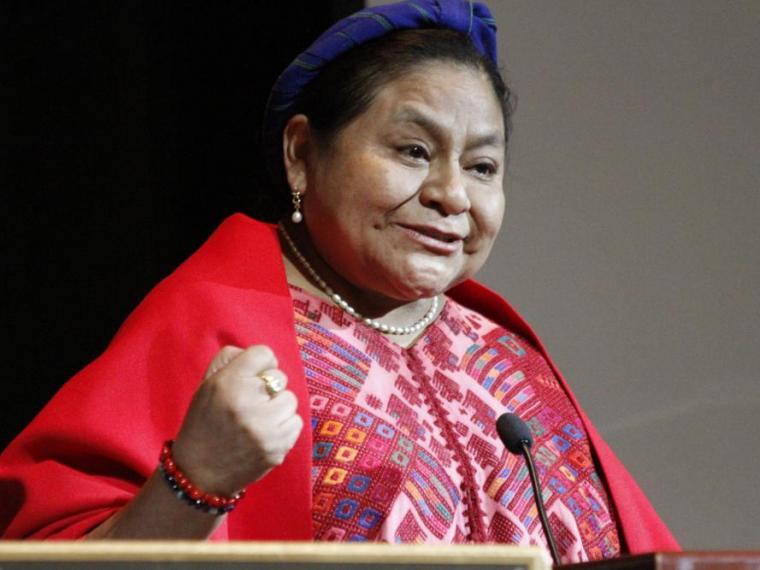 Born in Guatemala in 1959, she is a human rights activist. Of peasant origin, at the beginning of her life he had to deal with the poverty, discrimination and repression of the Guatemalan ruling classes. She had to suffer the death of her mother and several other members of her family, murdered by the police, the 'death squads'. She was exiled to Mexico to escape repression and published her autobiography in 1983, which caught the attention of the United Nations. One of her major contributions was to denounce the situation of indigenous women in Latin America. In 1992, she was awarded the Nobel Peace Prize.

The most ruthless leaders throughout history