Ancient Romans gave executive powers with the goal of completing an extraordinary task to a chief magistrate. This “dictator” was limited in their powers to only the task at hand—the fulfilment of the task meant the retraction of these executive powers.

The definition of a dictator has evolved since the times of Julius Caesar. Now, a dictatorship involves the establishment of a regime that recalls democratic rights and freedoms, and the concentration of power within the hands of a few instead of a larger government. Dictatorships arise through violence or non-violent means, but they almost always result in the loss of liberties, corruption, and human rights abuses.

In the latter half of the 20th century, Latin America witnessed a rise in authoritarian regimes across the expanse of the region—often with multiple dictators following different political ideologies. During the Cold War, the United States government and the CIA guided several uprisings in Latin American nations to prevent the establishment of socialist policies and propped up puppet regimes, with little thought to the lives lost in the process.

This gallery lists some of the chief dictators of Latin American during this period of authoritarianism which brought crime, corruption, and terror to the people in these nations. 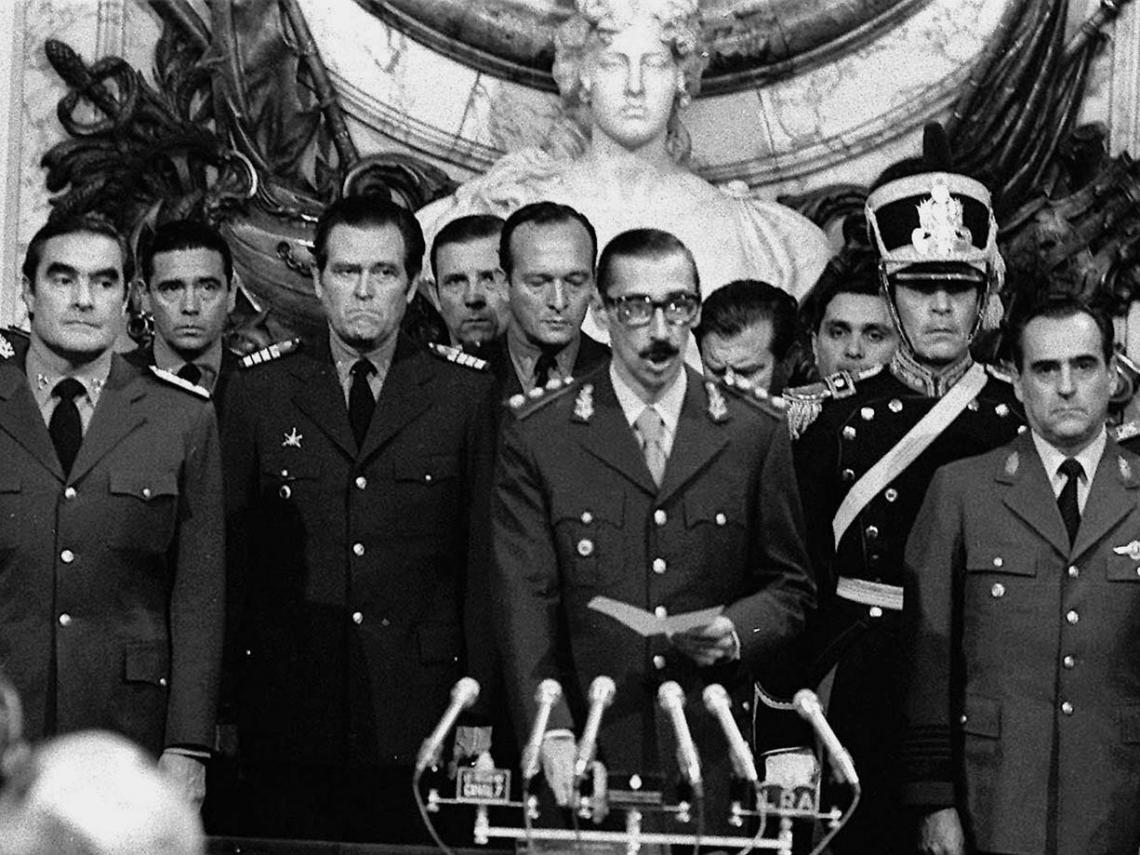 During the 1976 Argentine coup d'état, then President of Argentina, Isabel Perón was overthrown by several senior army leaders who installed a military junta instead. Called the National Reorganization Process, the authoritarian system solidly established Lieutenant General Jorge Rafael Videla as the nation’s dictator from 1976 until 1981. Soon after his forced eviction as a leader, Argentina became a democracy again in 1983. 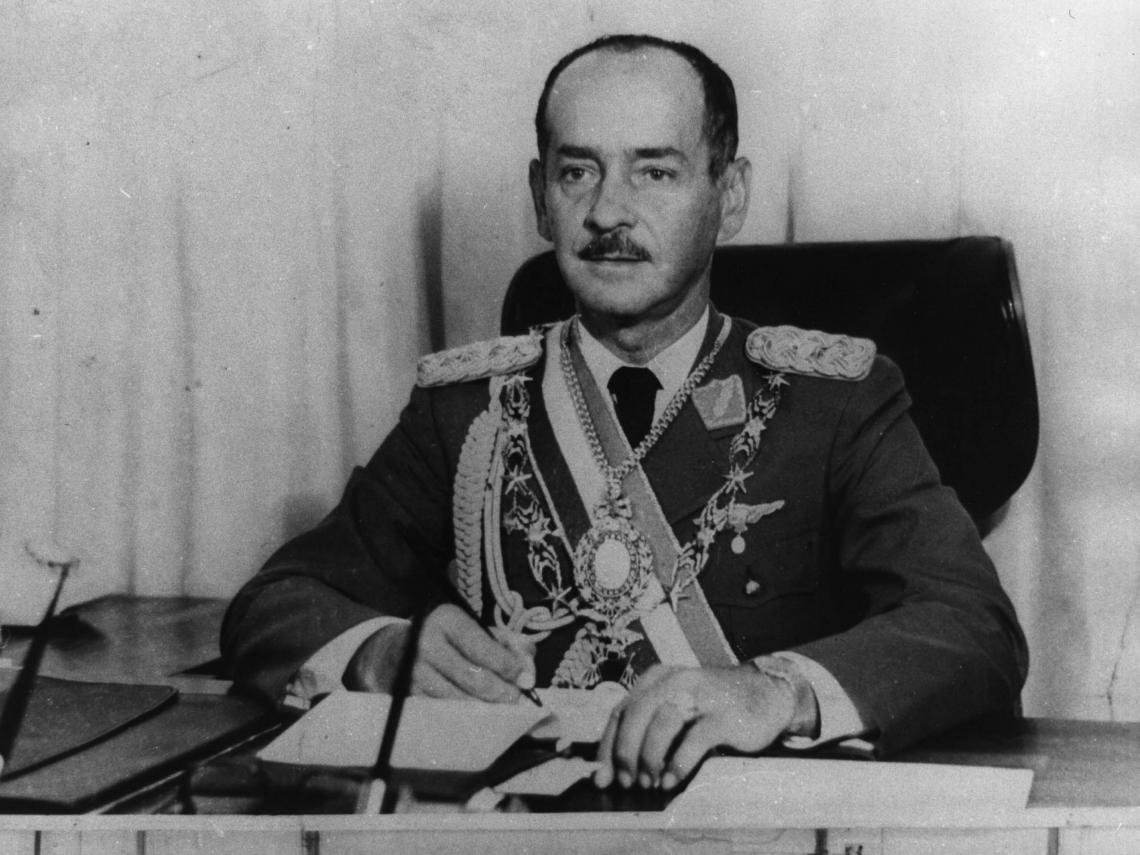 A series of coups led to the switching of power from dictator Alfredo Ovando Candía to Juan José Torres and finally to Hugo Banzer in 1971. Banzer’s overthrowing of the leftist Torres brought him American support with his anti-communist agenda. In 1978, Banzer was dethroned by another coup d'état. After a long and rocky political period, Banzer was democratically elected to the position of president, which he maintained until 2001, when he resigned because of ill health arising from cancer. 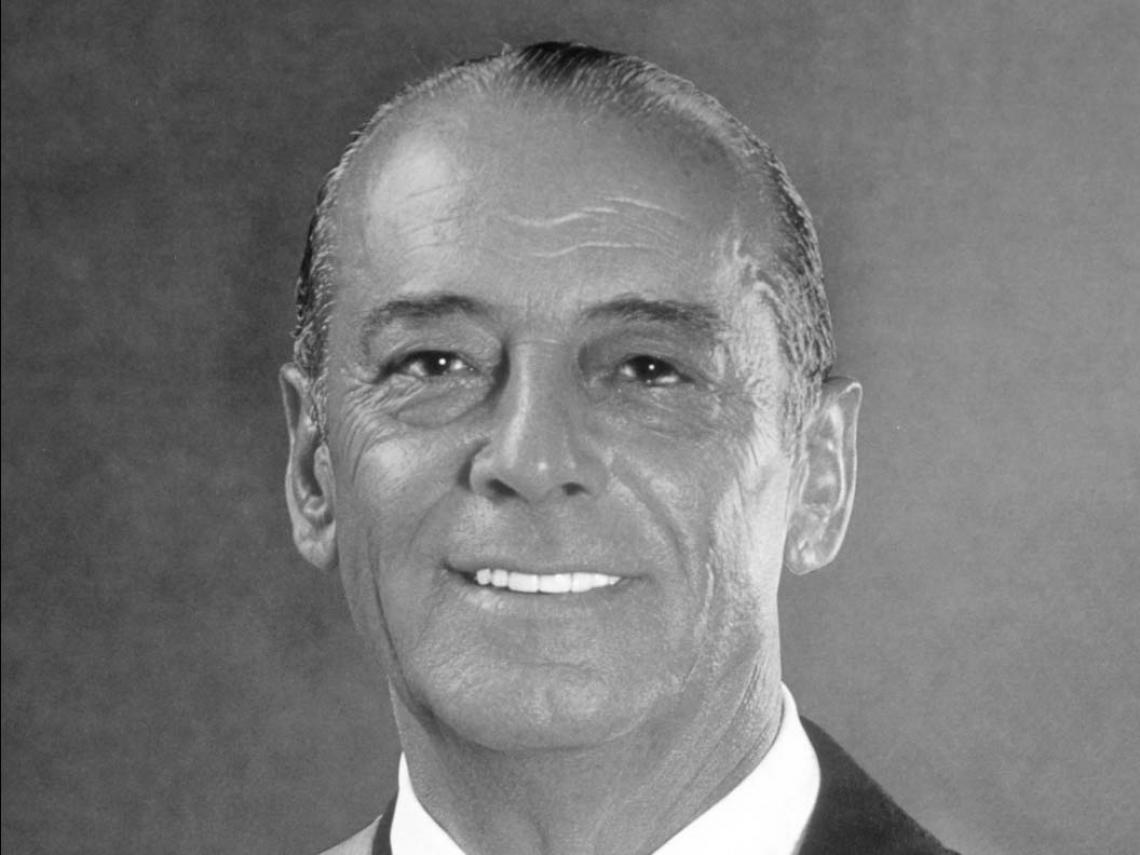 Joao Baptista Figueiredo was the last dictator of the authoritarian Brazilian military government, known as the Fifth Brazilian Republic. The latter had seized power in 1964 when democratically elected president João Belchior Marques Goulart was removed since his policies were considered to be closely aligned with those of Soviet Russia. Backed by the United States, Brazilian military rule suppressed the people, snatched their liberties, and broke down their opposition. The regime came to an end in 1985 with democratic elections. 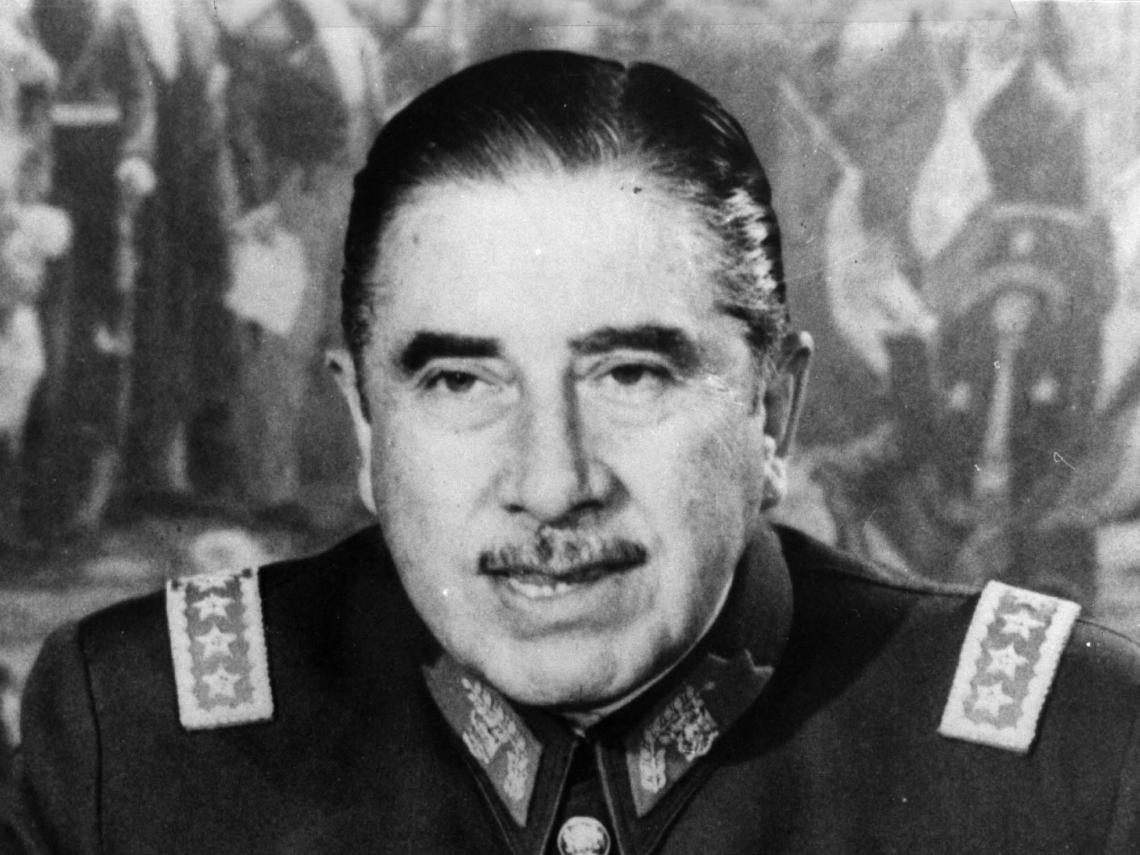 One of the most well-known dictators of Latin America, Augusto Pinochet directed the 1973 coup d'état against Salvador Allende. His brutal regime involved disappearances and murders, including the Caravan of Death, a death squad that killed people detained in military garrisons. Pinochet remained in power until 1988 when he was demoted to senator. He was indicted for various crimes in 2002, but died in 2006 before any conviction. 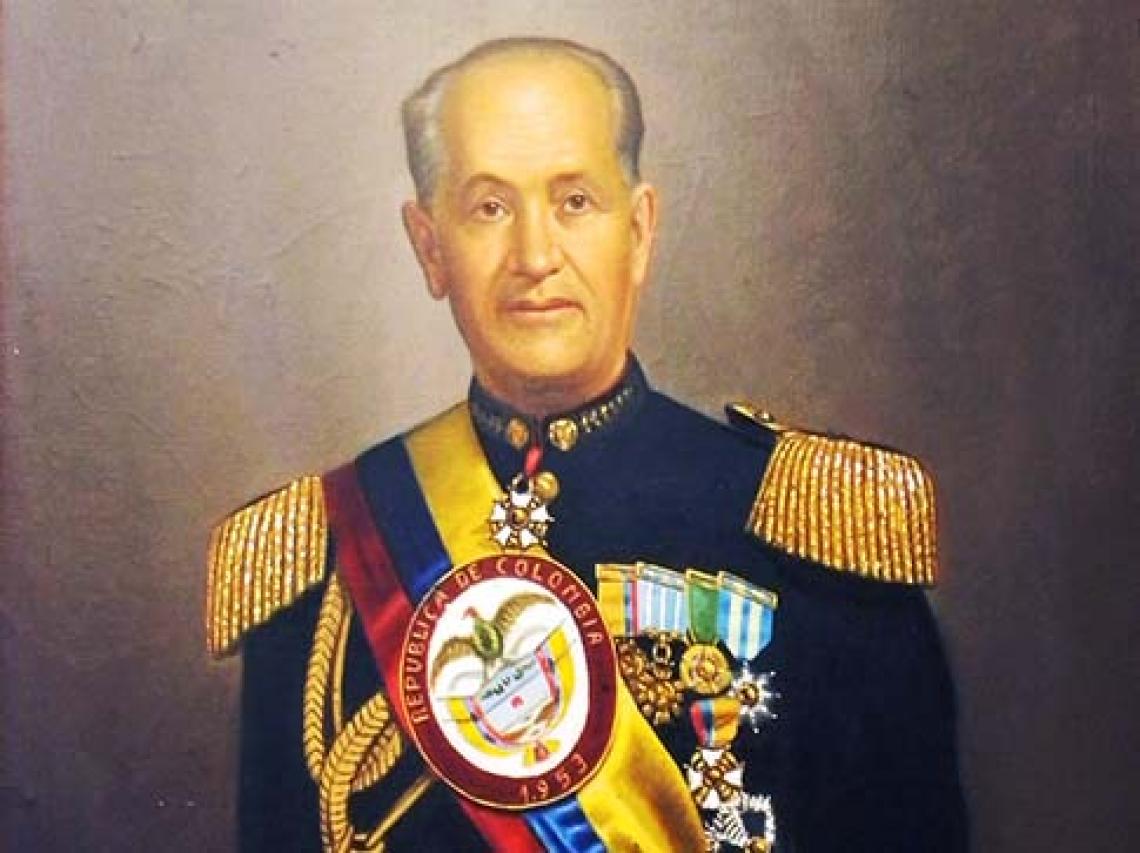 With support from military and political leaders, Gustavo Rojas Pinilla overthrew conservative Laureano Gómez and the Colombian government in a coup in 1953. While he helped improve the nation’s infrastructure, his support of violence, repression of the public and their liberties, led to his removal in 1957. 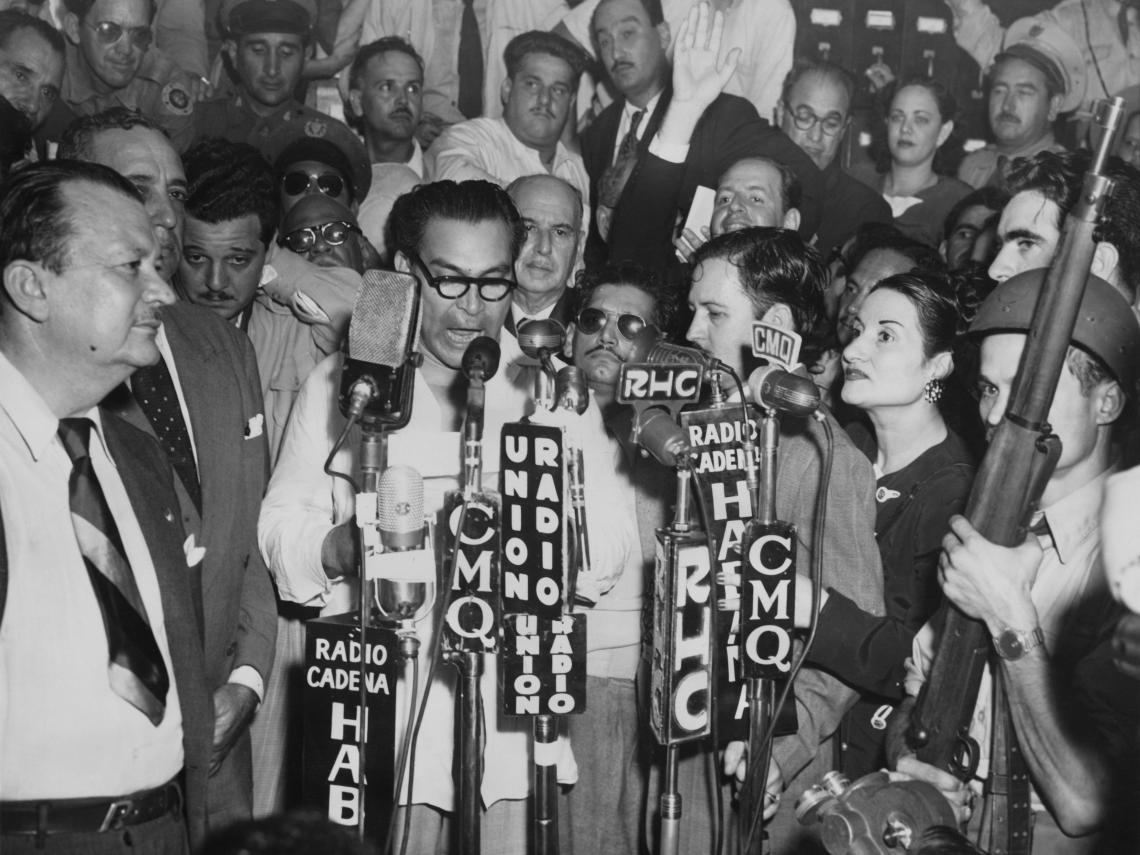 Fulgencio Batista was a democratically elected president of Cuba from 1940 to 1944, during which time his government supported the Allies in World War II. Facing failure in the 1952 elections, Batista established a dictatorship with the help of the army. He was overthrown by Fidel Castro and his band of exiled guerrillas in the late 1950s. 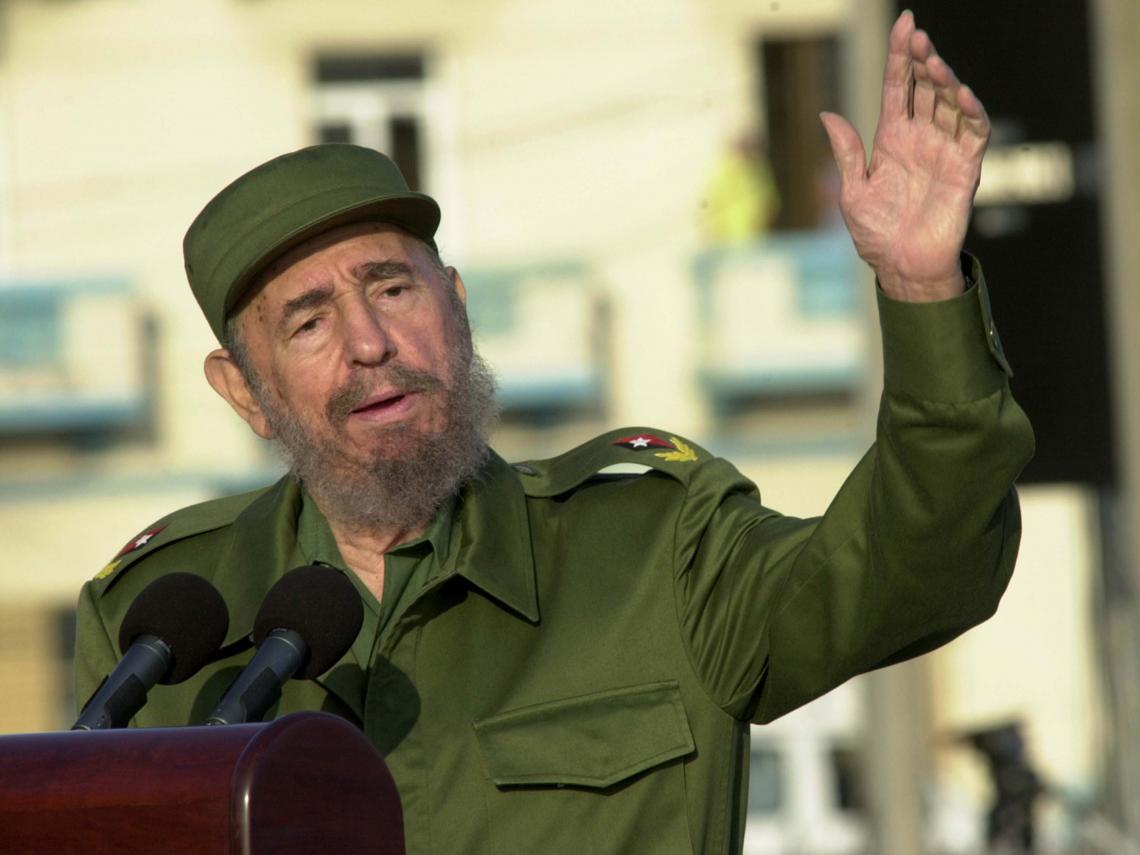 In 1956, lawyer Fidel Castro came back to Cuba to depose Fulgencio Batista. The Cuban Revolution brought him a lot of support from the nation, but by 1959, he had lost it. He came to establish an authoritarian regime aligned with the values of the Soviet Union. His governance led through the suppression of opposition and the loss of liberties. In 2006, he handed over power to his brother Raúl Castro and died ten years later. 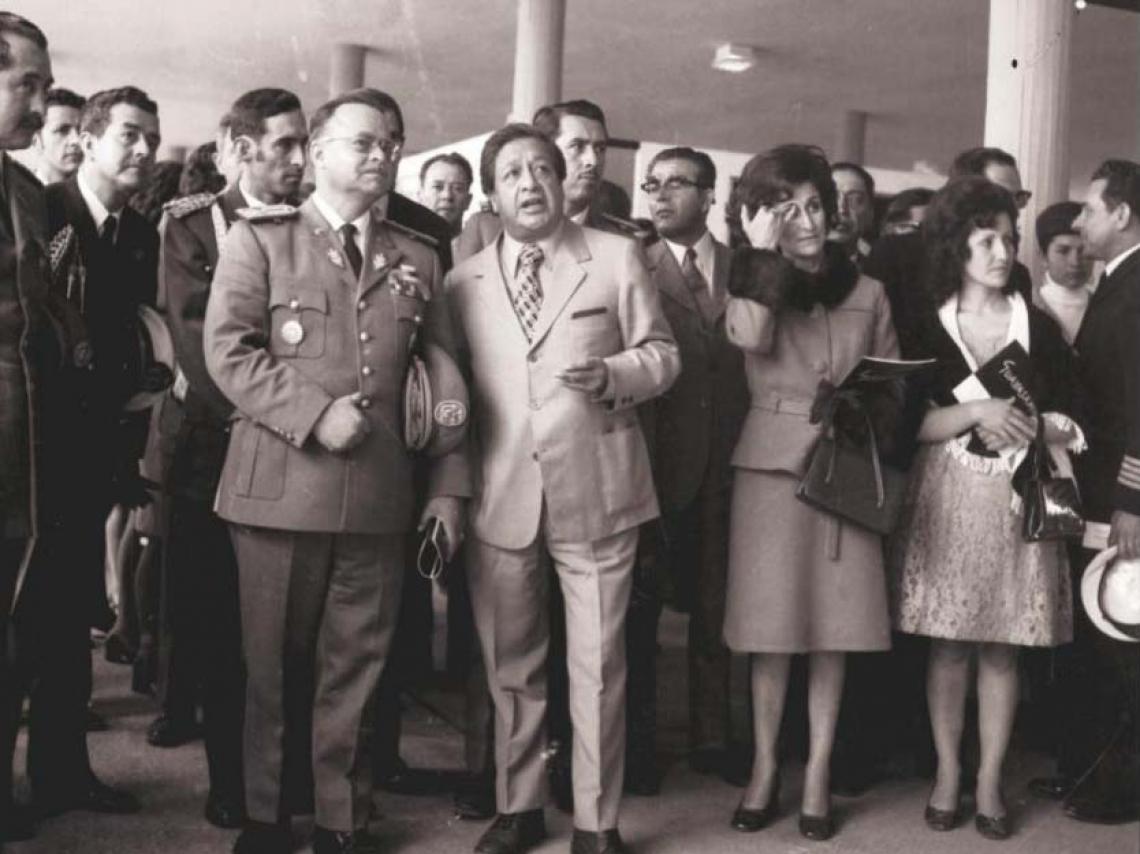 Appointed to the position of General Commander of the Army in 1971, Guillermo Rodríguez Lara seized power from President Velasco Ibarra through a military uprising only a year later. Looking to gain advantage of the economic upswing due to the nation’s exports, the government was supposed to be nationalist. Lara’s rule led to a suspension of fundamental rights for around four years. In 1974, he was removed and replaced by a military junta, with democracy being restored in 1979. 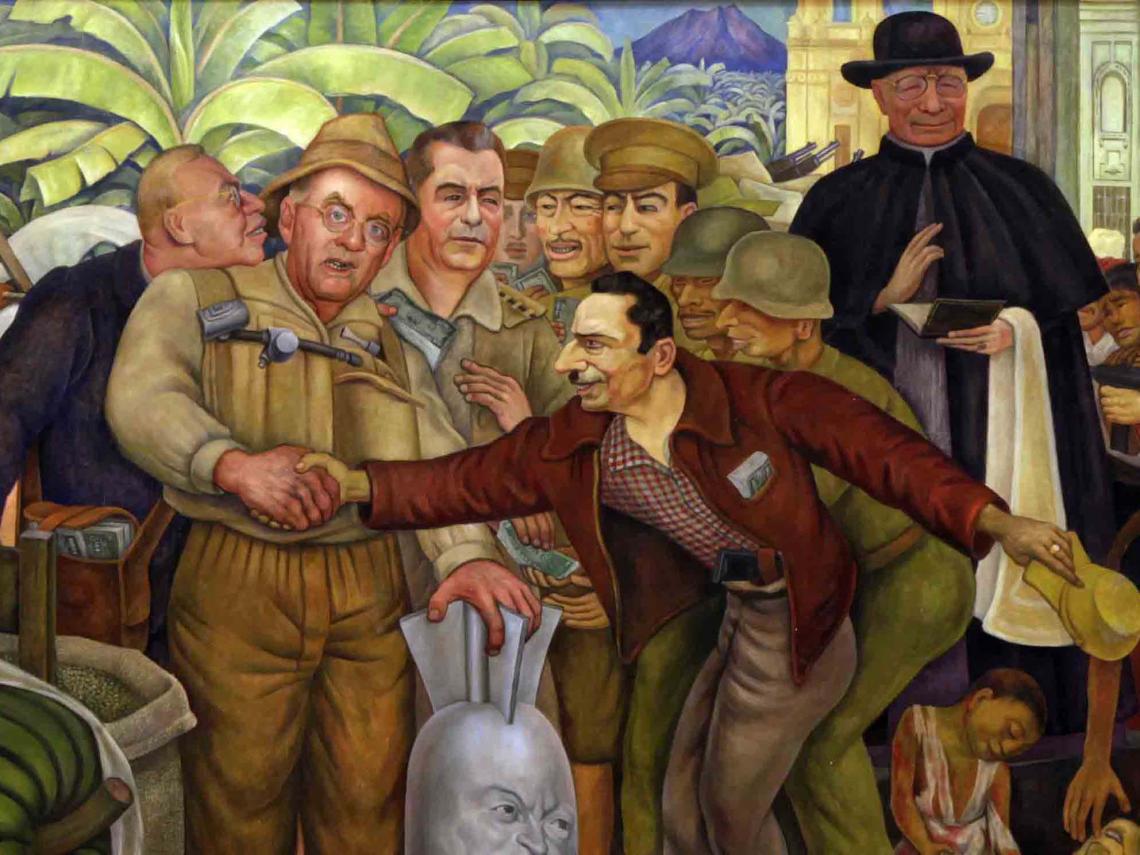 Carlos Castillo Armas came into power following the United States CIA-backed 1954 uprising that took down Jacobo Árbenz’s democratic government. Guatemala suffered his brutal regime until 1957 when he was assassinated by a personal guard, after which the country was thrown into decades of political turmoil. 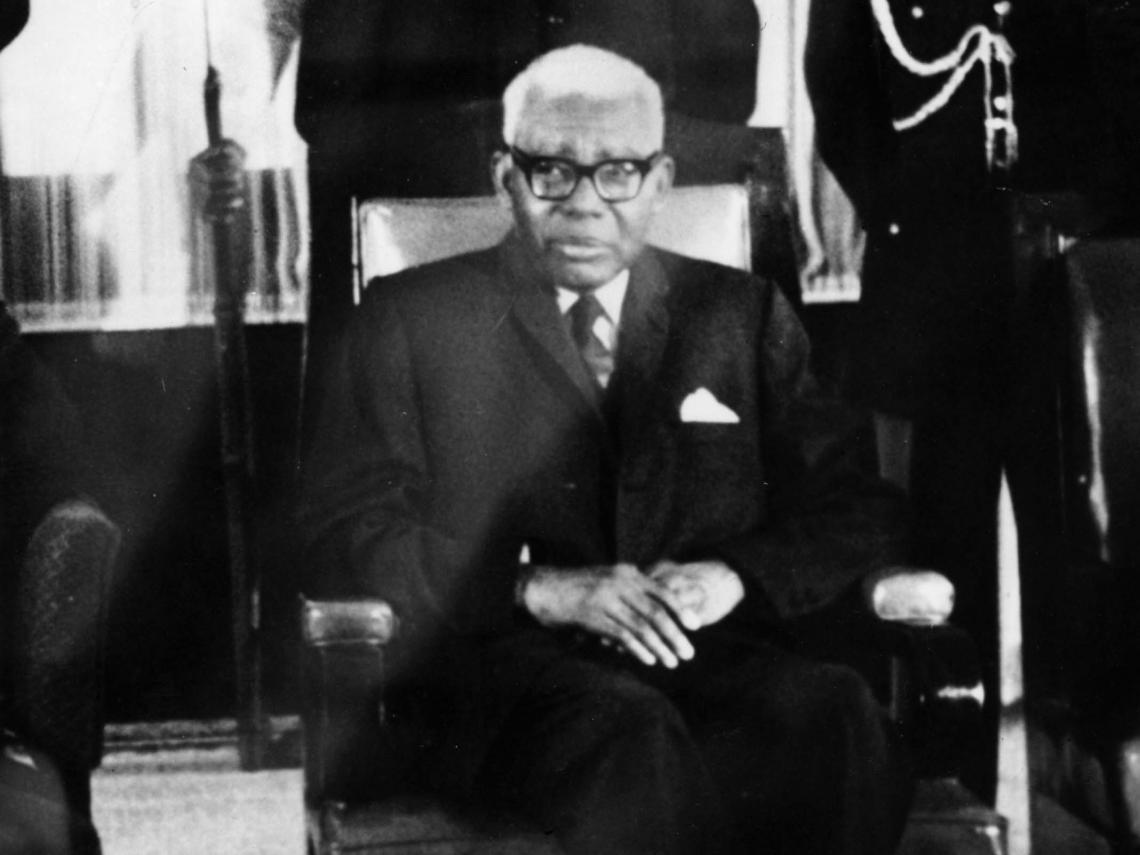 François Duvalier, known as “Papa Doc,” was elected into office in 1957. His initial popularity gave way to a brutal repression of the public. In 1964, he made himself president for life. His governance included acts of state terrorism and the use of the Haitian’s fear of voodoo to keep the public in check. After his death in 1971, his son took over the dictatorship, remaining in power till 1986. 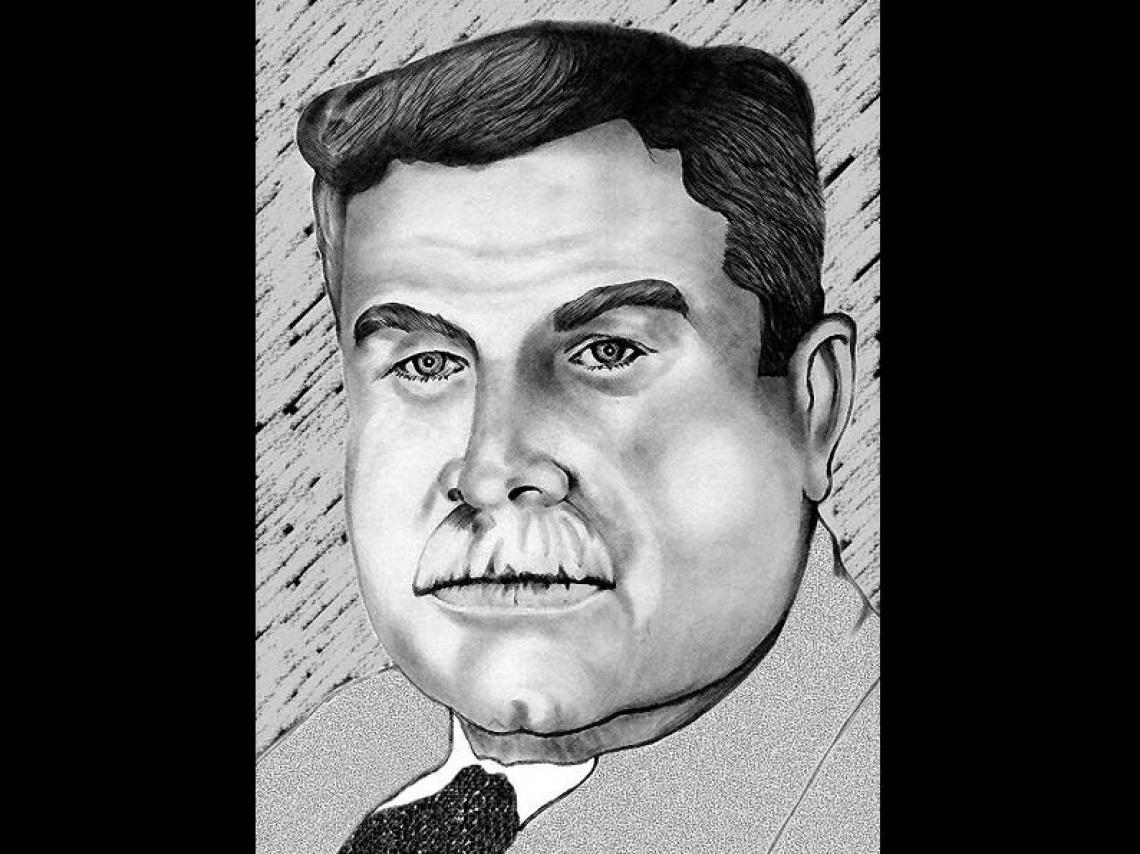 Despite winning the elections in 1923, Tiburcio Carías Andino, a lawyer, professor and member of the military was unable to take his place because of a coup. After another win at the elections in 1933, he paved the way for his stay in governance until 1948. Under his leadership, the nation had to deal with an economic crisis, multiple uprisings and threats to his seat of power, leading to the government being one of the bloodiest in Central America. 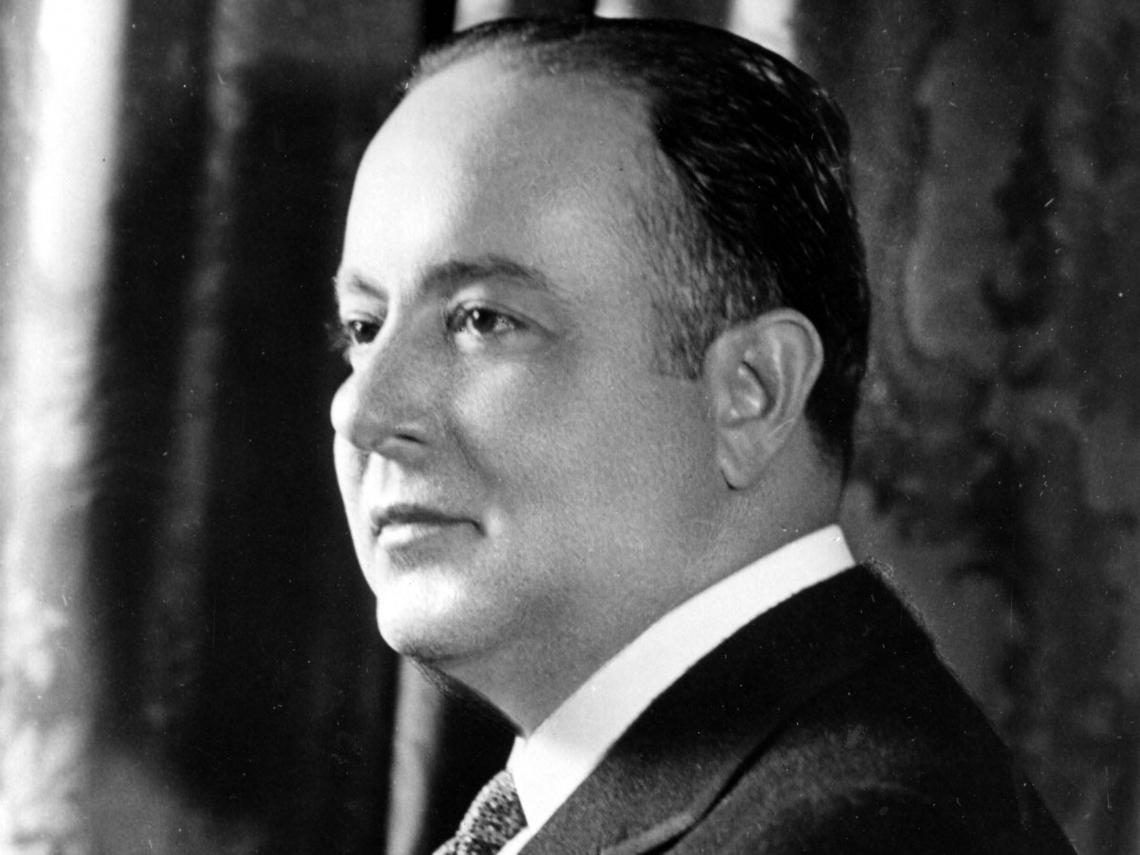 In 1937, Anastasio Somoza, who was responsible for the revolutionary Augusto César Sandino’s death, began a military dictatorship. With the United States’ interests in mind, his armed National Guard terrorized the country. The Sandinista Revolution eventually ended Somoza and his sons’ rule in 1979. Despite going into exile, the Somoza family was one of the richest in Latin America at the time. 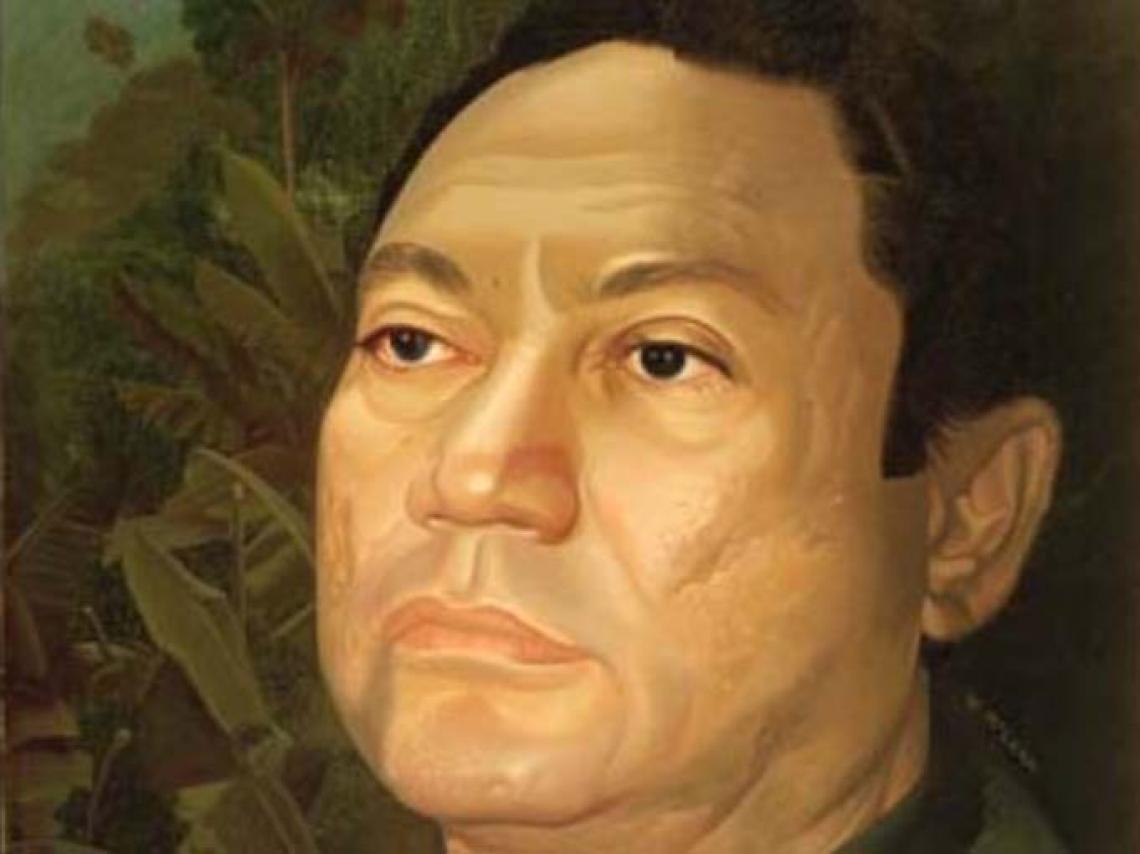 Manuel Antonio Noriega seized power in 1983 under the directions of the United States CIA. Panama went through a period of corruption, violence, and economic crisis, even as Noriega’s connections with the Medellín Cartel meant he was heavily into the trafficking of drugs and arms. In 1989, he was deposed and arrested by the United States’ force of 27,000 soldiers. Noriega died in 2011 from a brain tumour. 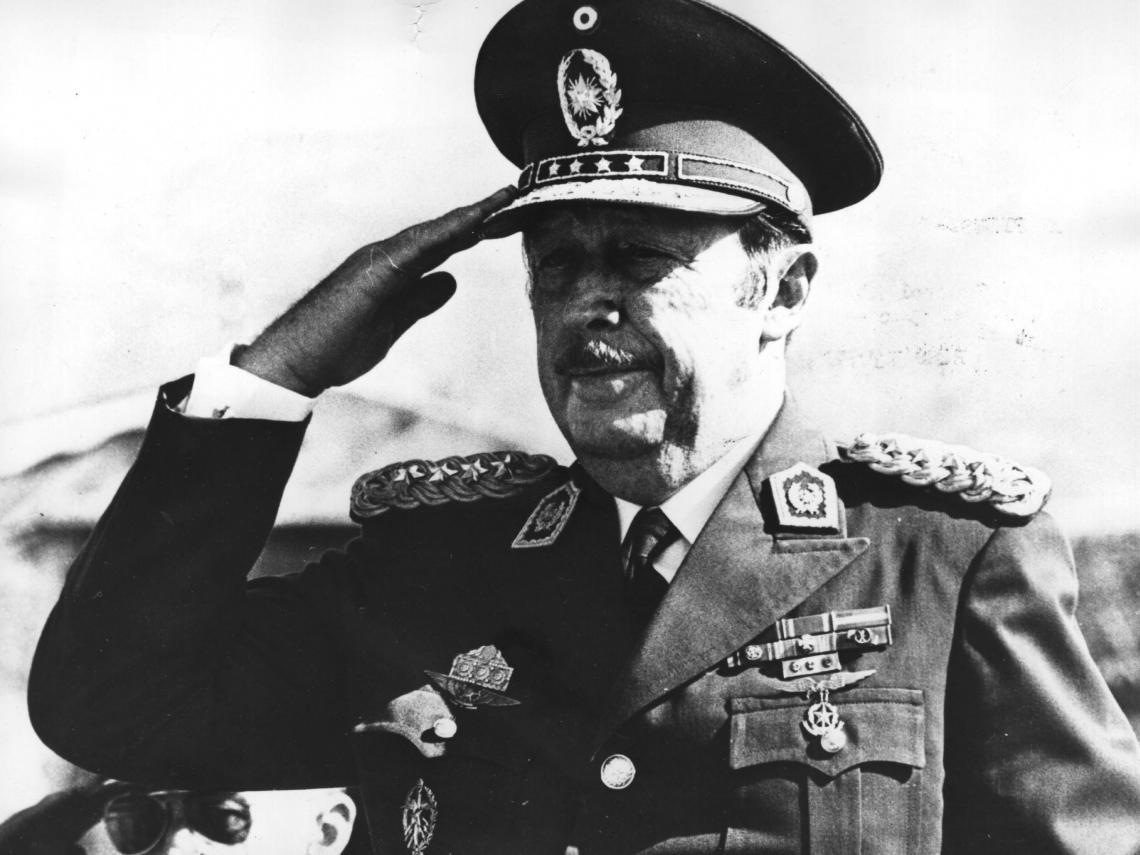 Alfredo Stroessner’s anti-communist government replaced that of President Federico Chavez in 1954 and was aligned with American interests. Over three decades, his government came to repress constitutional rights and freedoms, as well as any opponents as he enacted the Condor Plan. In 1989, Andrés Rodríguez Pedotti, his right-hand man, overthrew Stroessner. The latter was never indicted for his crimes and lived in exile in Brazil until his death in 2006. 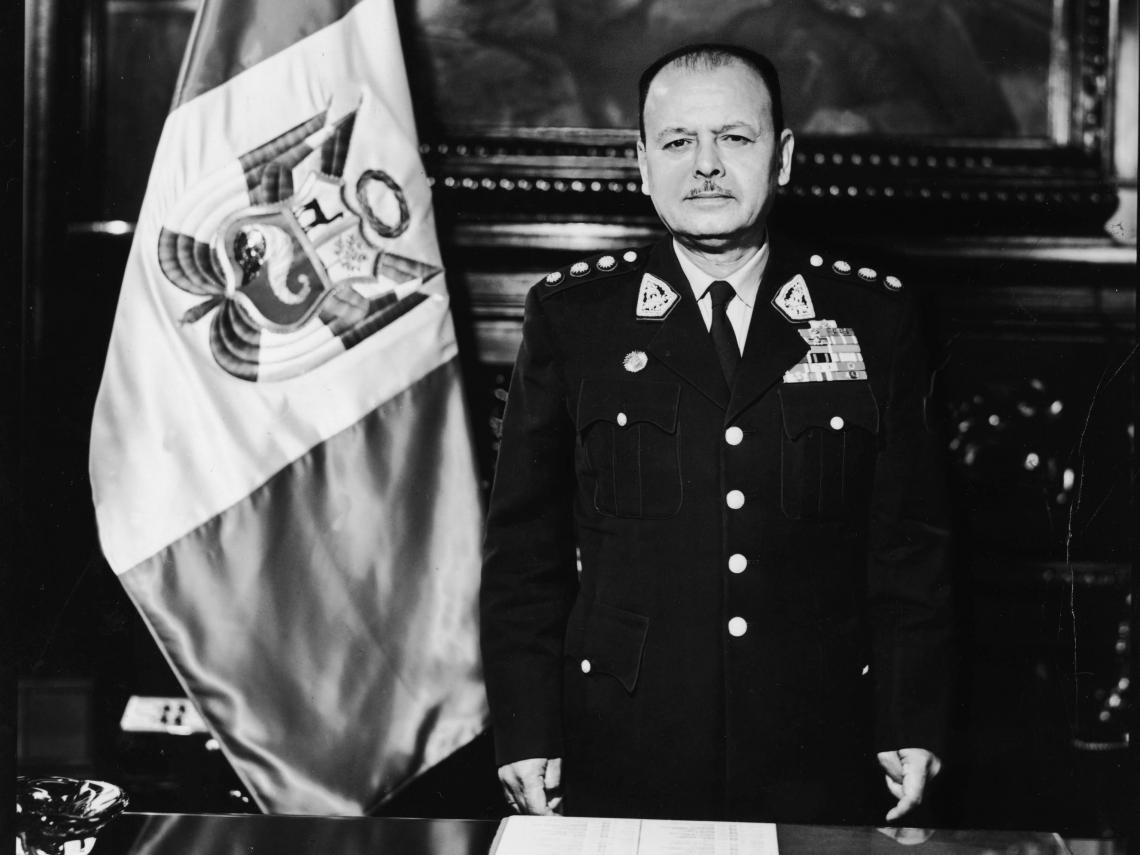 In 1968, Juan Velasco Alvarado led the toppling of president Fernando Belaúnde Terry’s government. Alvarado’s regime was extremely brutal and economically debilitating. Deposed by a military coup in 1975, he came back to the office through free elections in 1980. 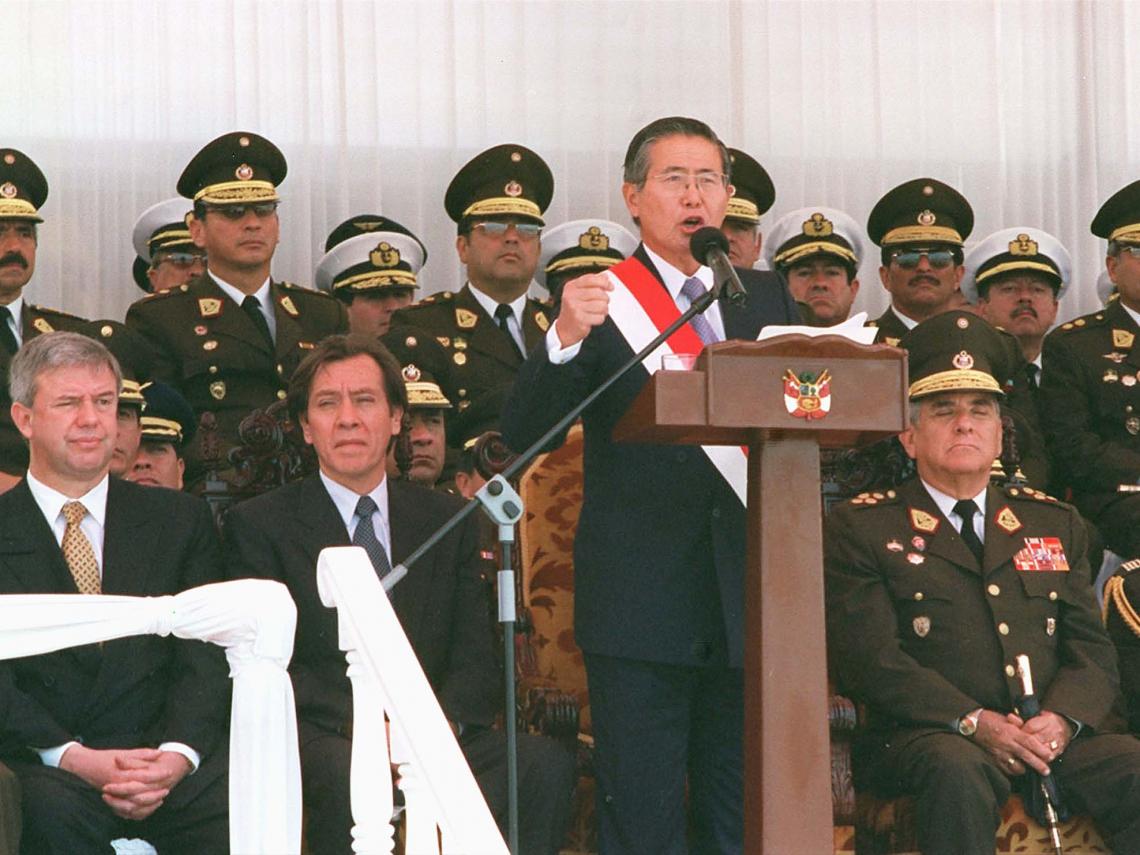 Alberto Fujimori, a Peruvian Japanese, came into power through the 1990 elections. In 1992, he dissolved Congress and with military support seized all powers. He maintained control until 2000, but the convenient disappearances and murders of opposition members led to his resignation through a fax sent from Japan. While on a trip to Chile in 2005, he was arrested and indicted for his crimes. 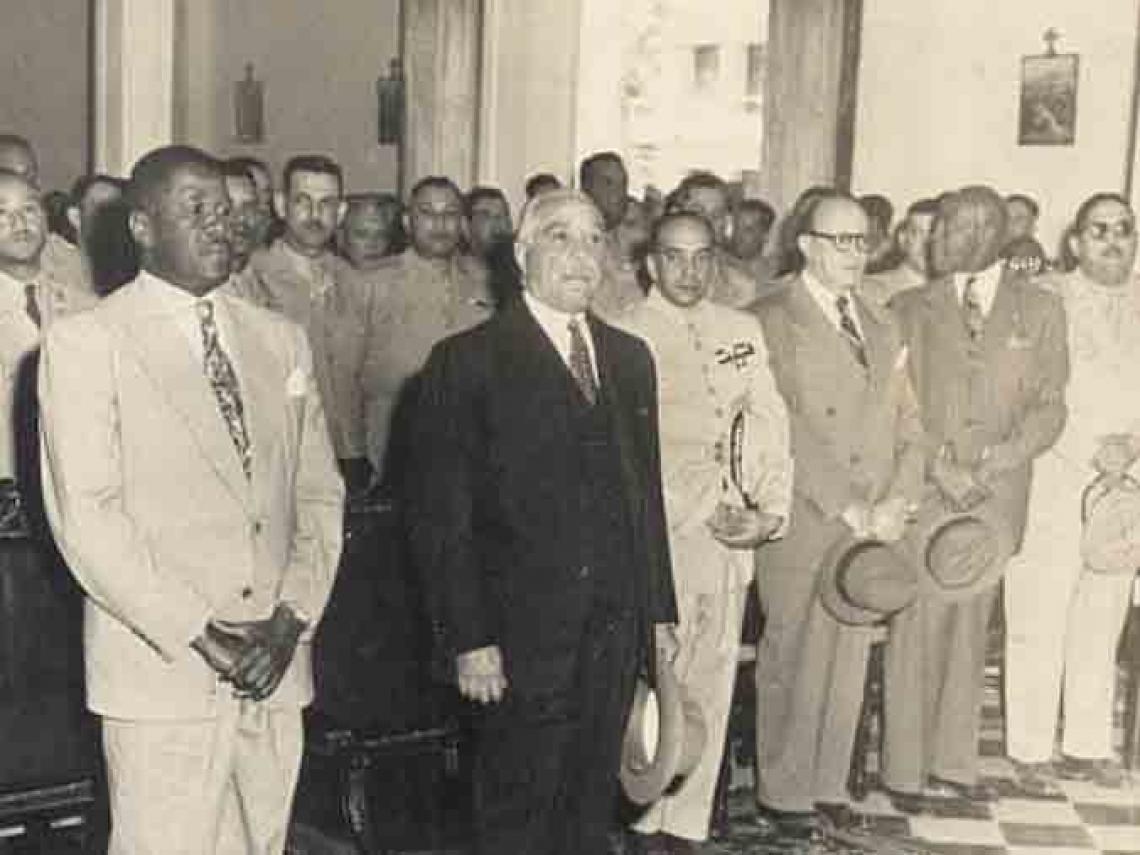 Rafael Leónidas Trujillo deposed President Horacio Vázquez and seized power in 1930, remaining in office until 1961. While periodically leading a puppet regime, his time in power was rife with harsh repression against dissenters. A military coup backed by the United States CIA from fear of a leftist revolution in response to Trujillo’s regime led to his assassination in 1961. 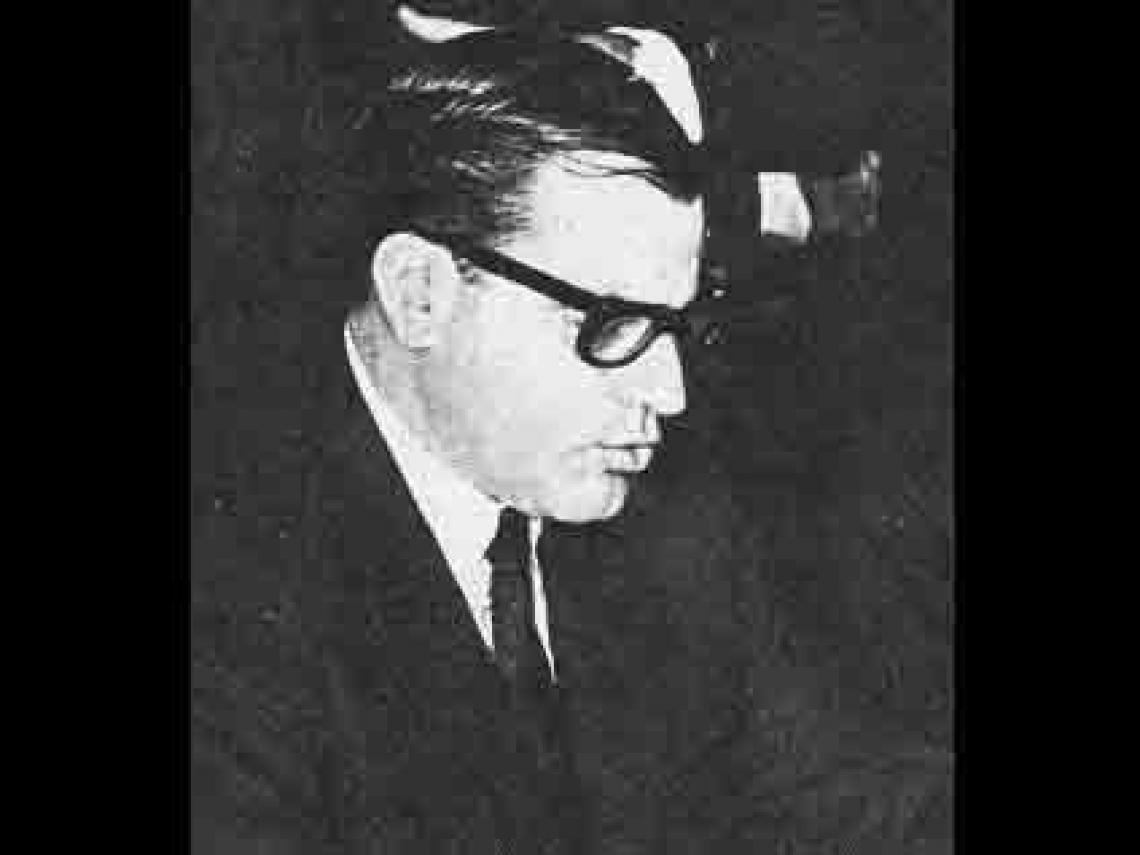 Following his election in 1971, Juan María Bordaberry, supported by the military, established a dictatorship. The extreme economic crisis and violation of human rights during this period was the inspiration for Mario Benedetti’s play Pedro y el Capitán. The end of his reign in 1976 was followed by a changing cast of characters in a dictatorship that lasted till 1984. 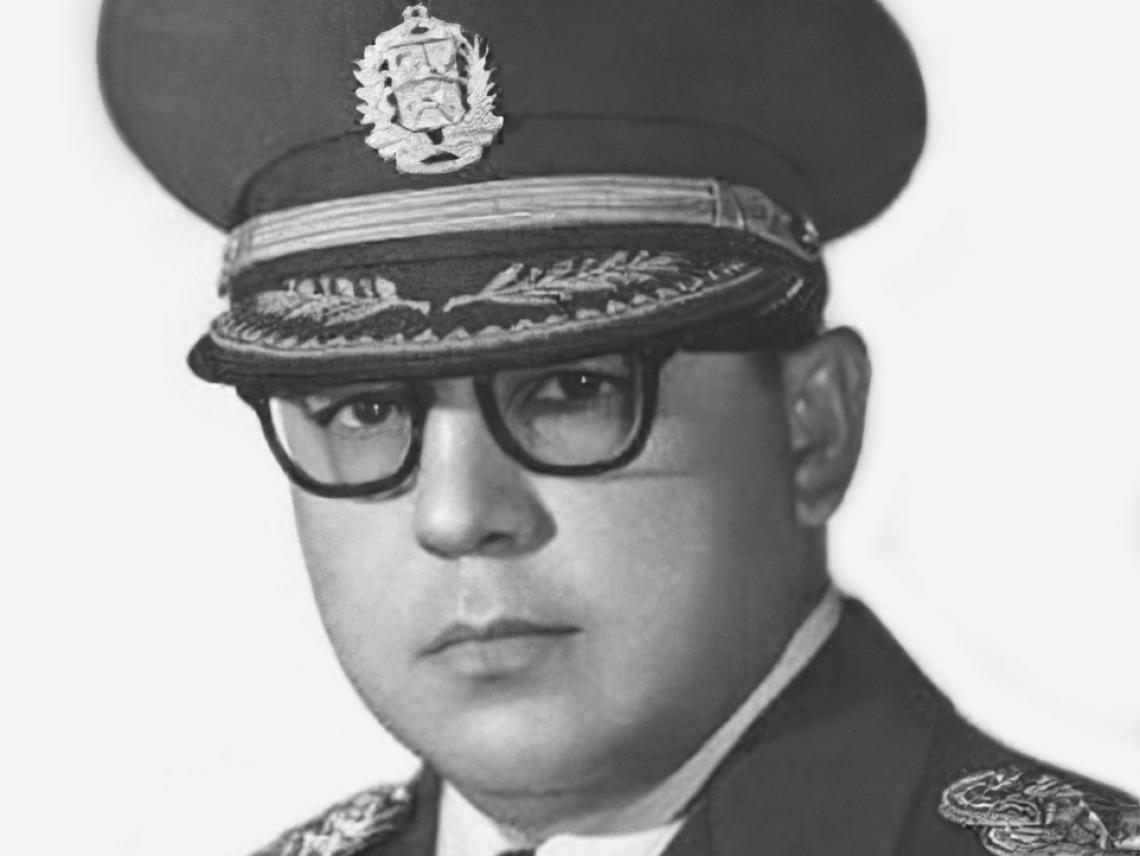 Following the deposing of Rómulo Gallegos in 1948 by a military junta, Marcos Pérez Jiménez became a dictator. He reigned until 1958 by terrorizing the people of Venezuela with the help of the National Security. On losing military support, he went into exile and died in 2001 in Spain.