The greatest extinctions in the history of time

If we take a look at the history of our planet you’ll notice that biodiversity has suffered a series of mass extinctions that have led to the disappearance of up to 90% of existing species.

The Cretaceous-Tertiary extinction is the one that is most well known since it caused the disappearance of the dinosaurs. If we take a look back at the history of time, we can see that there have been other mass extinction, some even more devastating than the late Cretaceous and early Palaeogene (first period of the Cenozoic).

Before diving into these different mass extinction events in depth, it is important to understand what can be classified as a mass extinction event and how mass extinctions shape the evolution of species that happen to survive these extreme catastrophes. A “mass extinction” can be defined as a time period in which a large percentage of all known species living at the time goes extinct, or is completely wiped out.

Ever since the first living organisms appeared on our planet there have been five catastrophes of immense magnitude. In fact, they were of such great magnitude that they affected the entire ecosystem, eliminating many species and altering the geographical structure of the globe.

The most significant extinction occurred at the end of the Permian period, when 96% of all species perished. The truth is that every one of these 5 great extinctions annihilated at least half of the species as we know it.

These events which unfolded over a million years are probably the most disconcerting and tragic events our planet has suffered. On the ‘bright’ side, every time one of these events transpires, our planet Earth matures and prepares for evolutionary changes as new species take the place of the extinct ones.

Although there are still many unanswered questions about how and why these great extinctions took place, we will delve into each of them today, exploring the information that the experts have gathered so far.

Today, scientists fear that we are at the epicenter of a sixth extinction, even stronger than the last, that is caused by the abuse of nature by humans.

Let's hope that this list doesn't increase and that the people who live in the future can count on the biodiversity that our beautiful planet currently has. 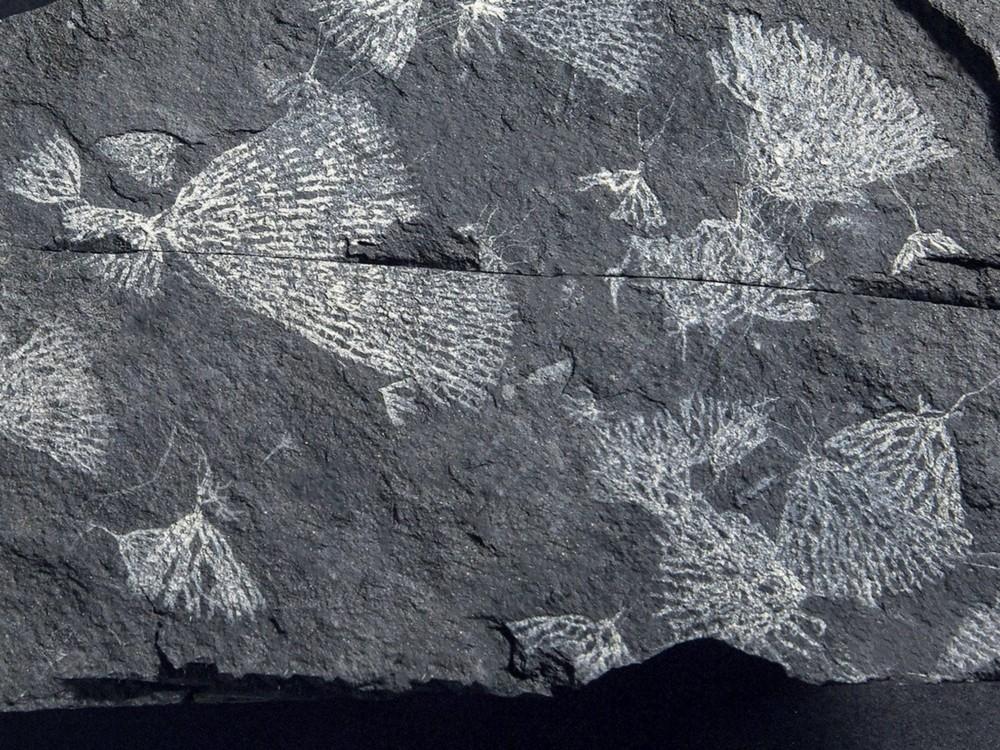 Also known as the "mass extinction of the Ordovician-Silurian".

When: End of the Ordovician and beginning of the Silurian period 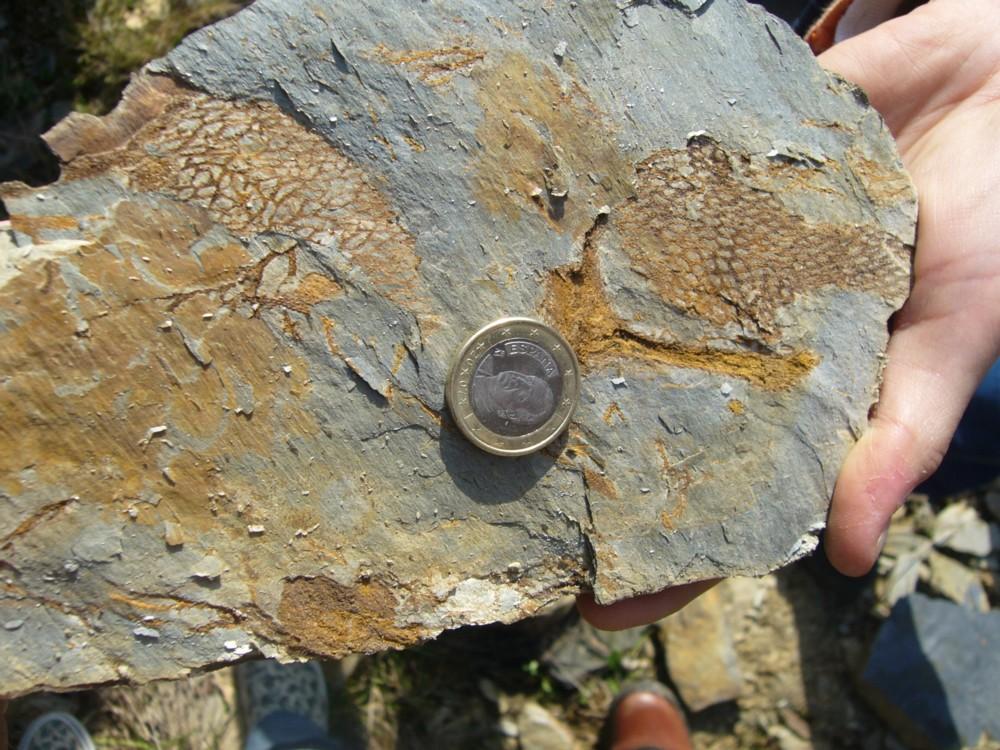 This first great extinction took place at the beginning of the Palaeozoic era, when life was completely concentrated in the ocean and this is why marine animals were the ones that were greatly affected by this extinction. There were no animals on land because of the lack of oxygen in our atmosphere.

The Orthoceras was a fossil about six meters long and would probably be the largest predator of the Ordovician; unfortunately it disappeared in this extinction. 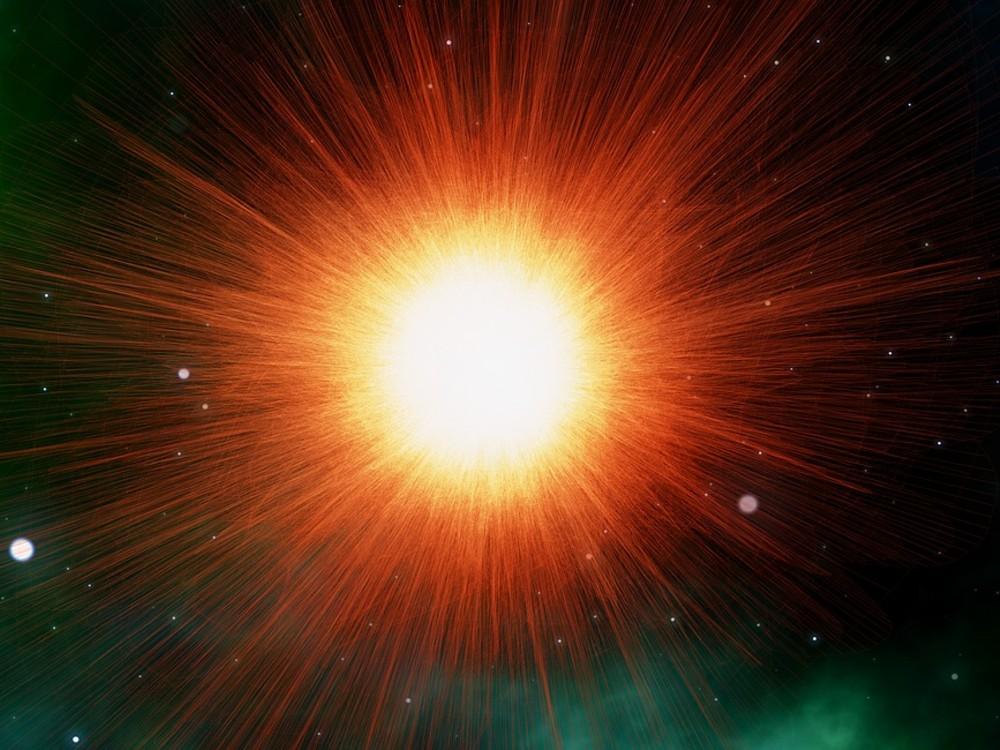 The causes? The oldest scientific evidence supports that this extinction occurred in a number of phases. The theory claims that the glacial period or the decreased amount of oxygen available for the survival of the species was the reason why this extinction took place. The most recent theory brought forward a scenario where the explosion of a supernova had devastating effects on all living beings and in turn caused their extinction. 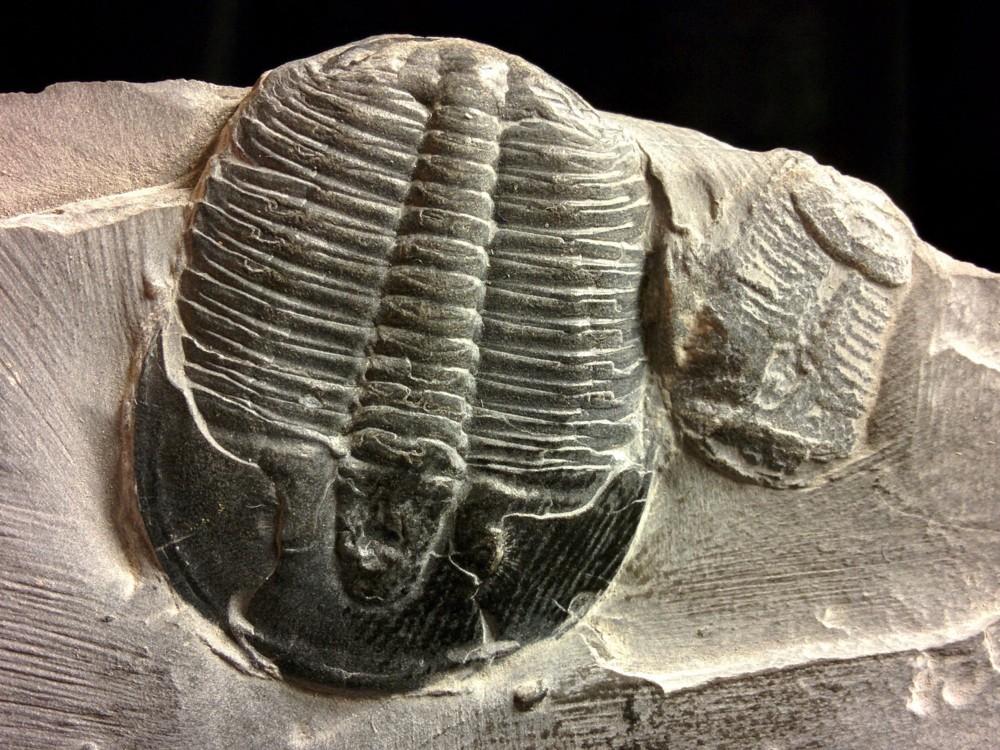 The first phase of the first great extinction was the one that caused the disappearance of the oldest trilobites and archaeocids. The following phases affected the rest of the trilobites, the brachiopods, conodons and graptolitoids.They died in large numbers but strangely enough this did not cause any major change in species during the next era. 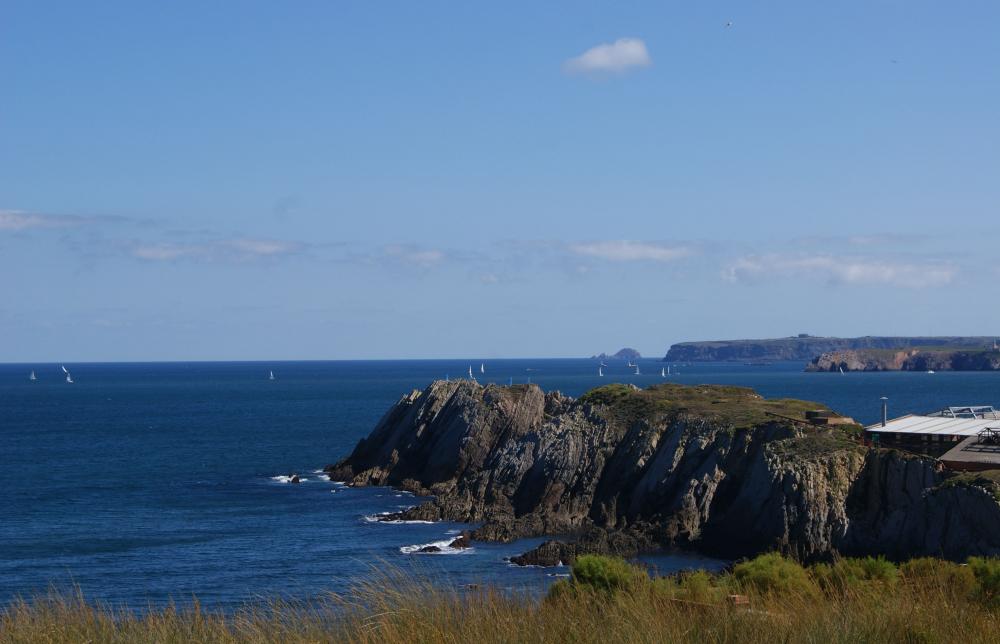 Also known as the "mass extinction of the Devonian-Carboniferous".

When: End of the Devonian and beginning of the Carboniferous period 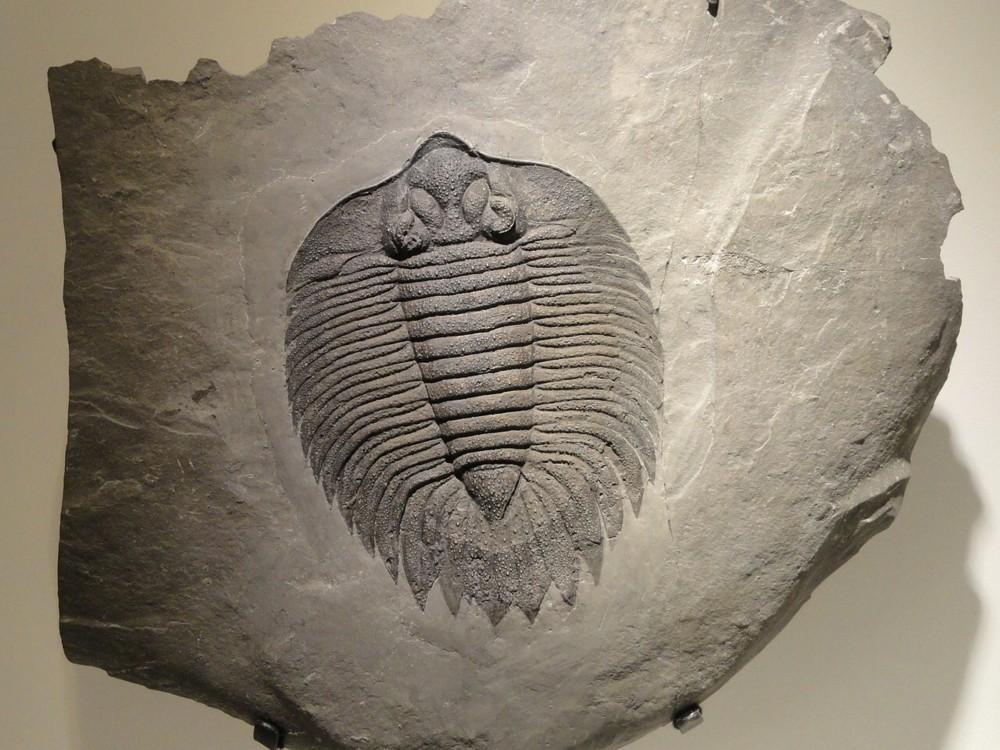 The trilobites, which survived the Ordovician-Silurian extinction due to their hard exoskeletons, were almost exterminated during this extinction. This massive extinction had greater effects on the seas of the world rather  than on the continents, and affected species more in tropical latitudes than in the middle zones. 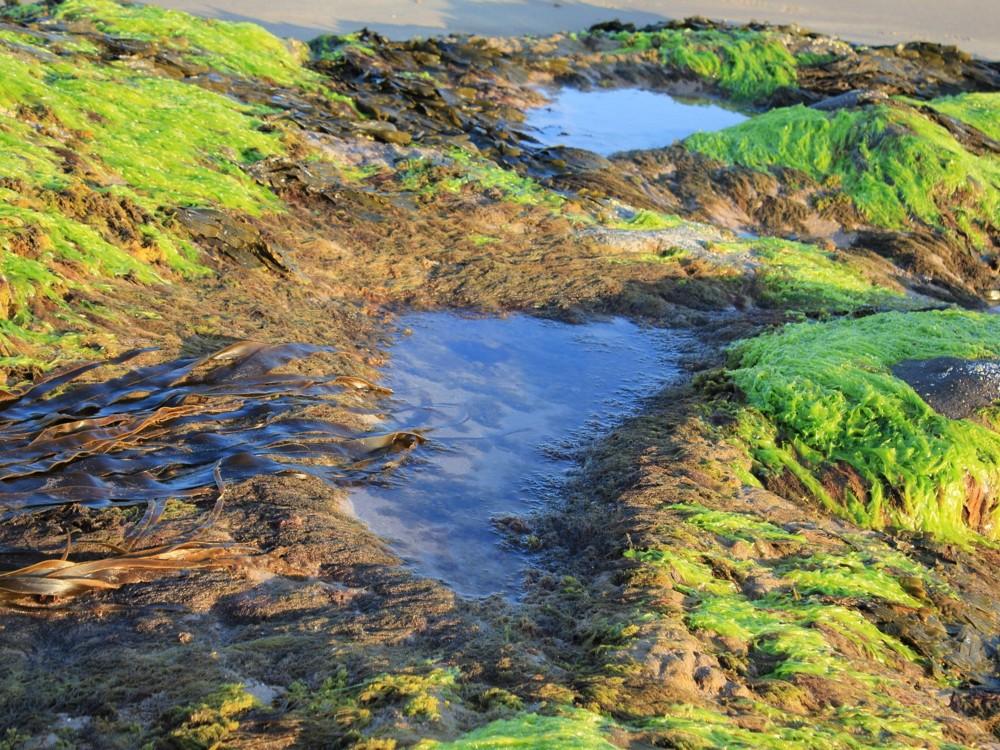 Causes of the second great extinction

The cause of the second great extinction was the emergence of new terrestrial plants whose roots removed soil, releasing nutrients into the ocean which could have caused the algae population to proliferate leading to them absorbing oxygen from the water and condemning animal life.

Three-quarters of all species on Earth became extinct in the late Devonian, in a series of extinctions over several million years, rather than in a single event. Life in the shallow seas was the most affected. We can see this through changes in sea level, asteroid impacts, climate change and new types of plants have been blamed for this extinction. 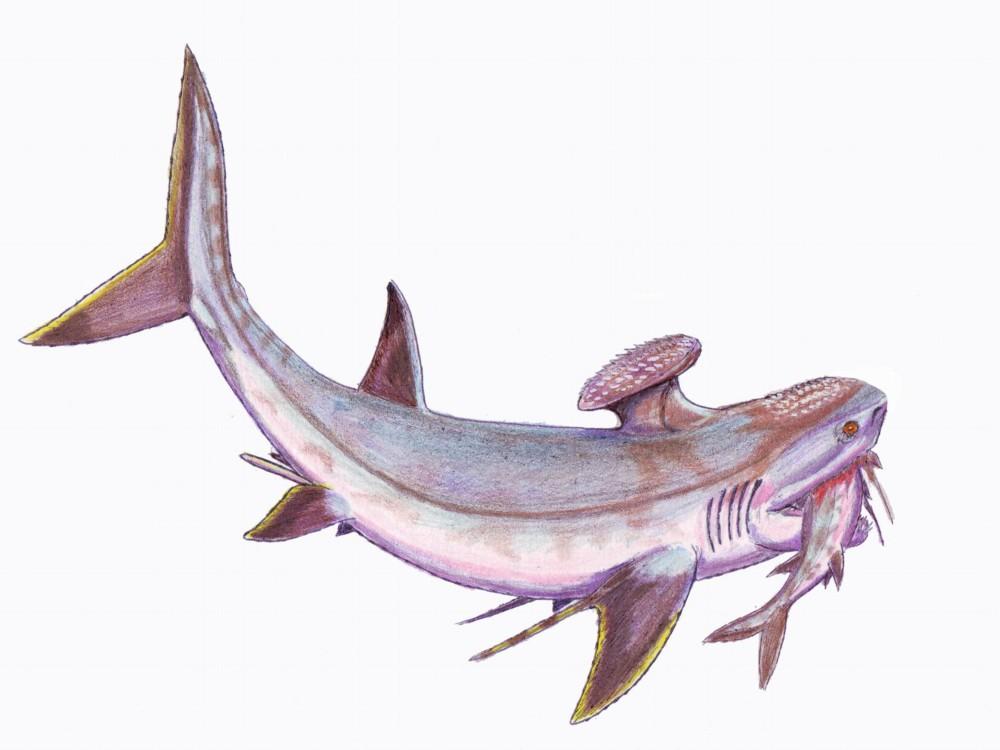 This period is known as the 'Age of Fish', during the Devonian there was a great diversification of fish, as well as reefs and the appearance of the first trees and tetrapods. As for the fish, only 17 out of 70, families of fish, survived the various phases of extinction of this stage.

The Dunkleosteus was the largest carnivore of the Devonian. It was a fish about 6-10 meters long and 1 ton in weight, which also disappeared in this second extinction.

Also known as the "massive extinction of the Permian-Triassic".

When: End of the Permian and the beginning of the Triassic period 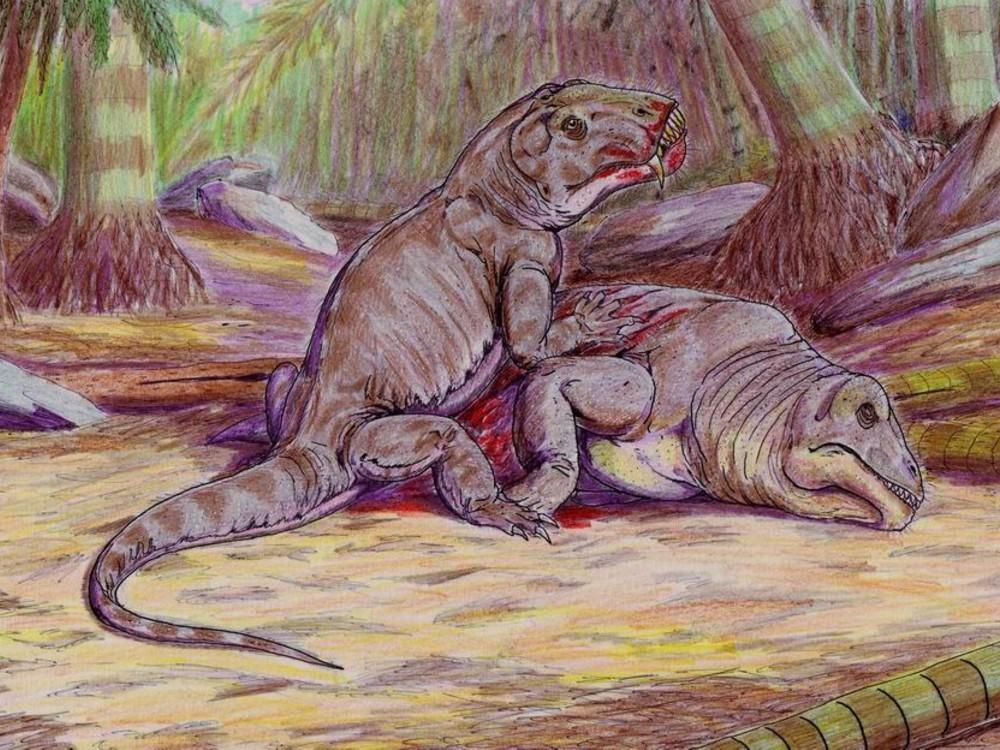 This is the informal name given to the third great extinction, which is the one that almost wiped off any life on Earth: it was the greatest extinction on our planet. In this period, 70% of terrestrial vertebrates and 90% of the species in the oceans died. 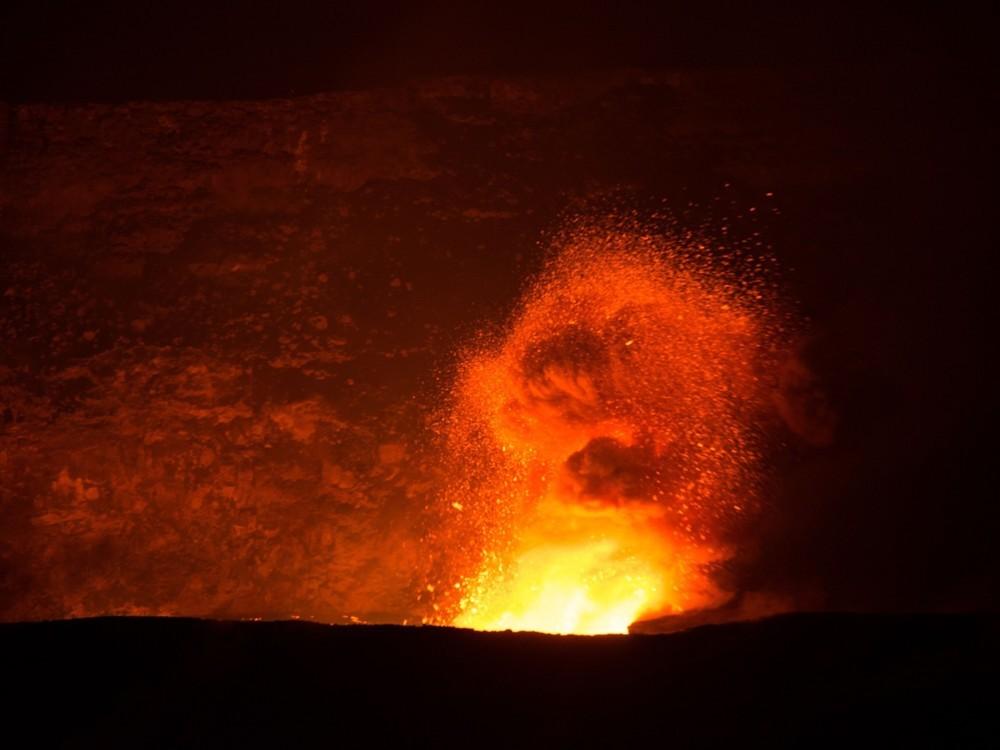 Causes of the third great extinction

A volcanic apocalypse that almost killed life on Earth. The truth is that until recently, scientists could not agree on who or what was responsible for the global massacre. Half a dozen causes were being considered and, recently, advances in dating techniques and new geological evidence have provided what appears to be the strongest proof: our planet suffered intense volcanic activity almost a million years ago. The large volume of greenhouse gases caused by the millions of cubic kilometres of lava expelled (we are talking about 3 billion tonnes of carbon, enough to trigger massive climate change), generated a global warming that led to such a disaster. 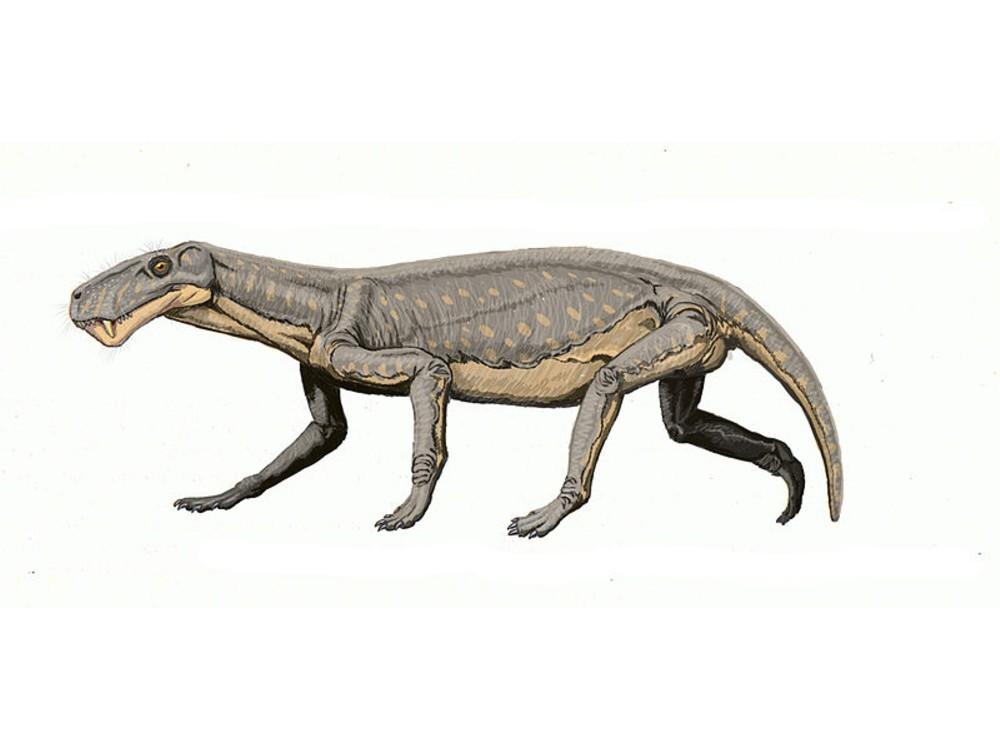 One of the victims: the Lycaenops

In this scenario in which practically all living beings disappeared, the Lycaenops, a mammal reptile that looked a lot like a wolf, ended up being a victim of this mass extinction. This wild predator that measured 1 meter long and had a flat skull of about 15 centimetres, laid eggs and had elongated legs with strong muscles that allowed it to run at high speed. His mouth along with his long canines, made him a ferocious assailant for his prey. 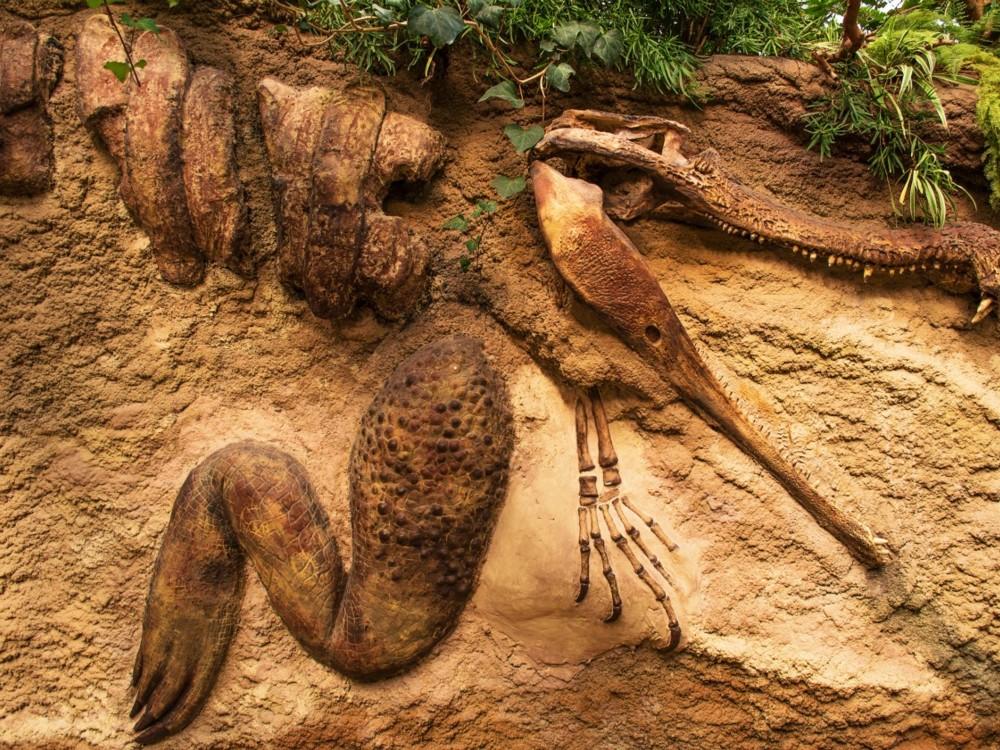 Also known as the "massive extinction of the Triassic-Jurassic".

When: End of the Triassic and beginning of the Jurassic period 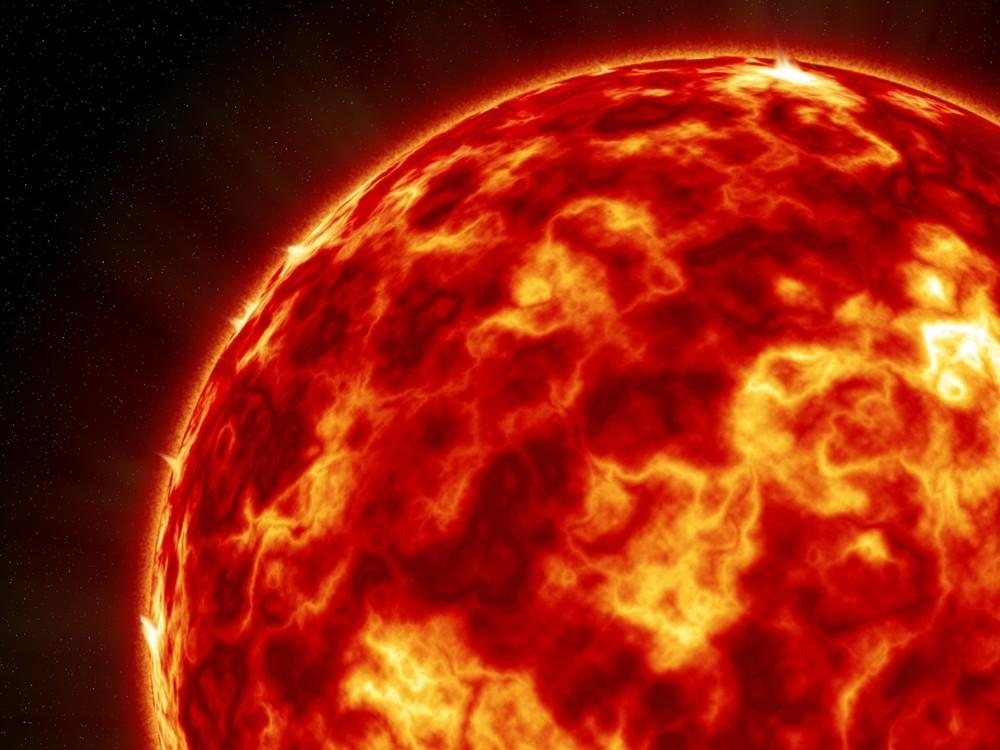 The causes of the fourth great extinction

During the last 18 million years of the Triassic period, there were two or three phases of extinction whose combined effects created the massive Triassic-Jurassic extinction event. Scientists have blamed climate change, basalt eruptions or the possible impact of an asteroid. The truth is that, we will most likely have to look for volcanic reasons, that may have caused the fragmentation of the supercontinent Pangea with massive eruptions. Temperatures would have risen so high that they lethally affected marine and terrestrial life. 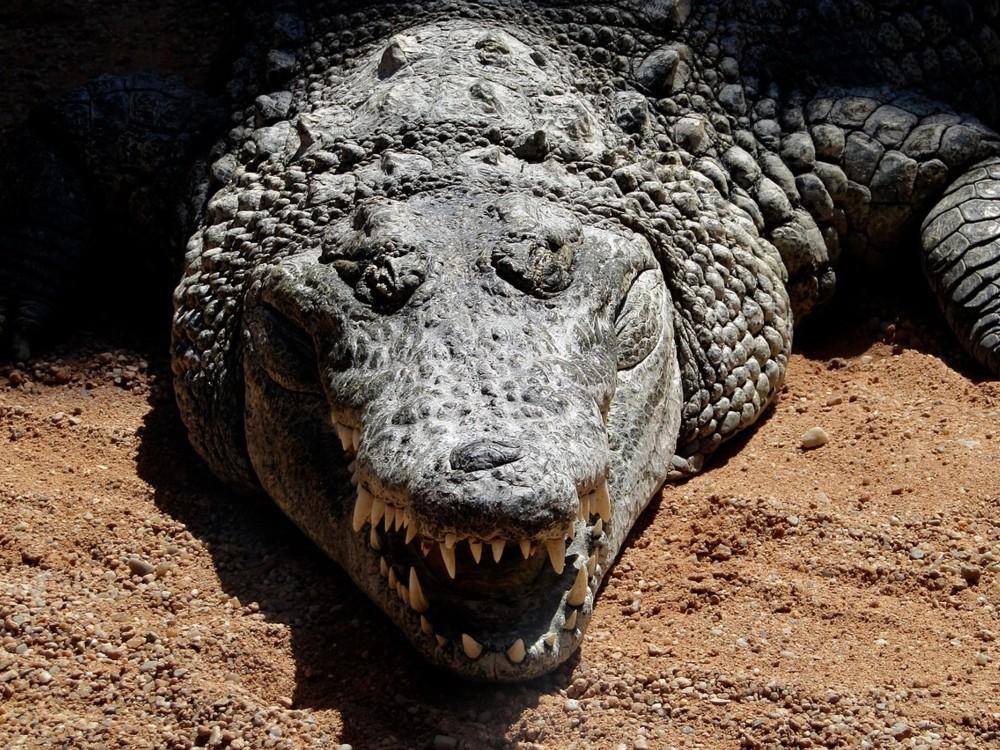 This extinction radically affected life on the surface and in the Earth's oceans, with nearly 75% of marine invertebrates disappearing. Of the arcosaurs, only three survived: Crocodilia, Dinosauria and Pterosauria. At the beginning of this era there were more mammals than dinosaurs. This extinction made the expansion of dinosaurs on Earth possible (reigning for about 135 million years). 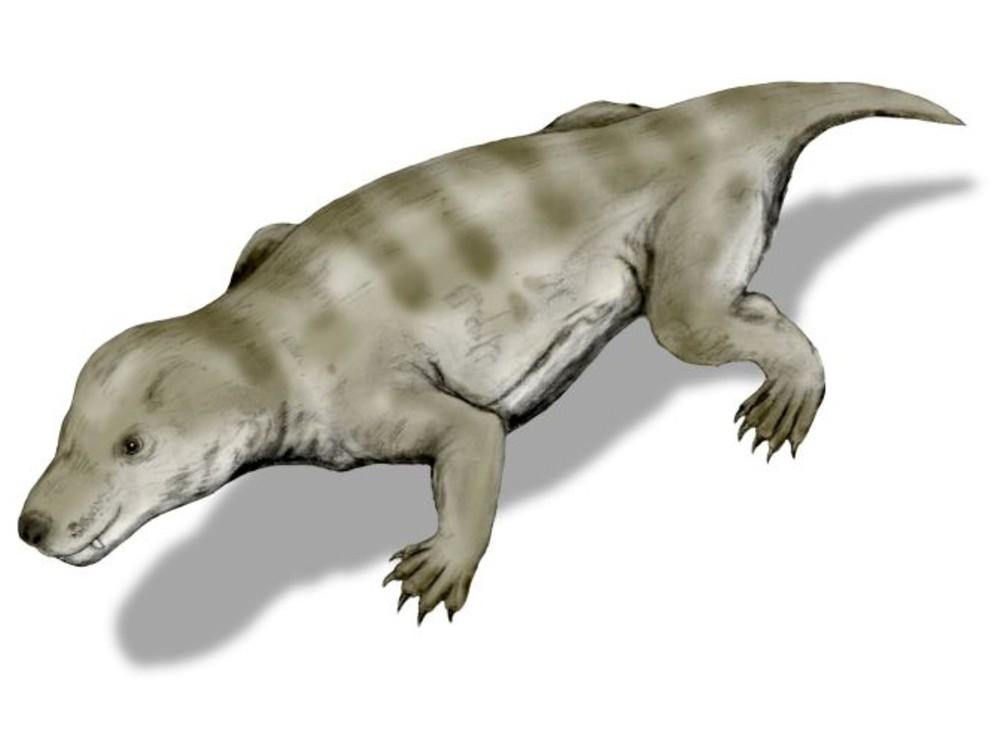 Thrinaxodon, the ancestor of all mammals

One of the animals that disappeared after this extinction was the Thrinaxodon, the ancestor of all mammals. It was the size of a cat, although its appearance was rather similar to that of a dog without ears. It was a sociable animal that, due to its small size, probably fed on insects or carrion.

Also known as the "mass extinction of the Cretaceous-Paleogene".

When: End of the Cretaceous and beginning of the Paleogene period

Duration: The exact duration of this event is not known.

Extinction: 76% of the species disappeared. 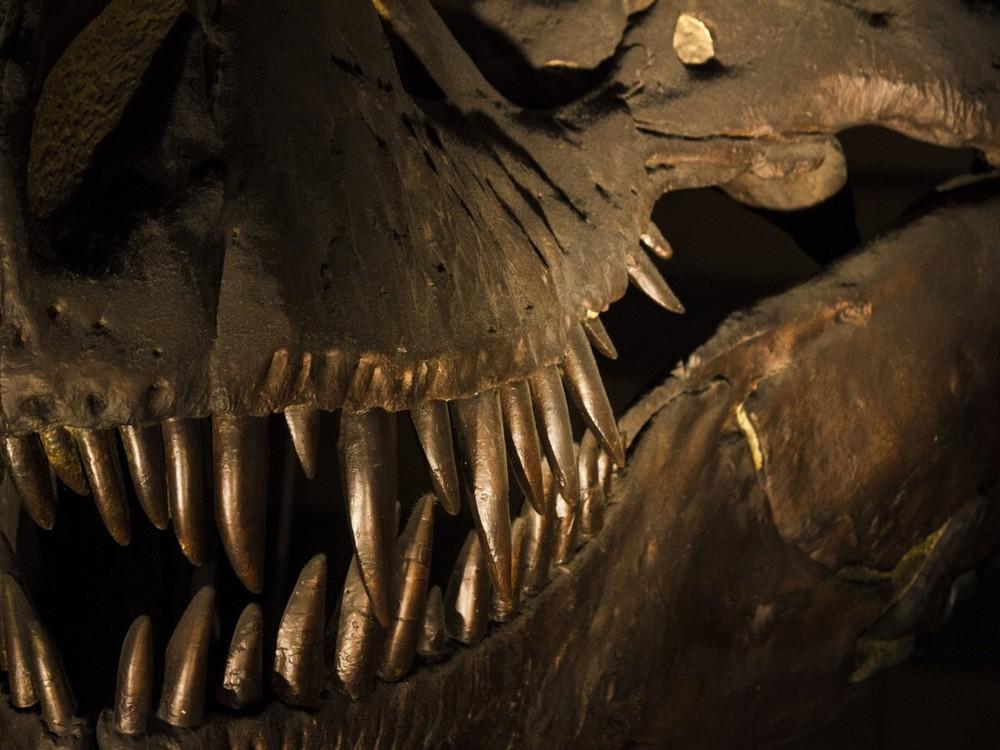 The death of dinosaurs

This period is the most famous of all because it was in this period that the death of the dinosaurs took place. The oceans belonged to the ammonites and the land surface to the dinosaurs. In this fifth great extinction the impact of a great asteroid created the crater of Chicxulub, in the Yucatan Peninsula, that caused the end of the reign of the dinosaurs but of many other organisms as well, such as many flowering plants and the last of the pterosaurs. 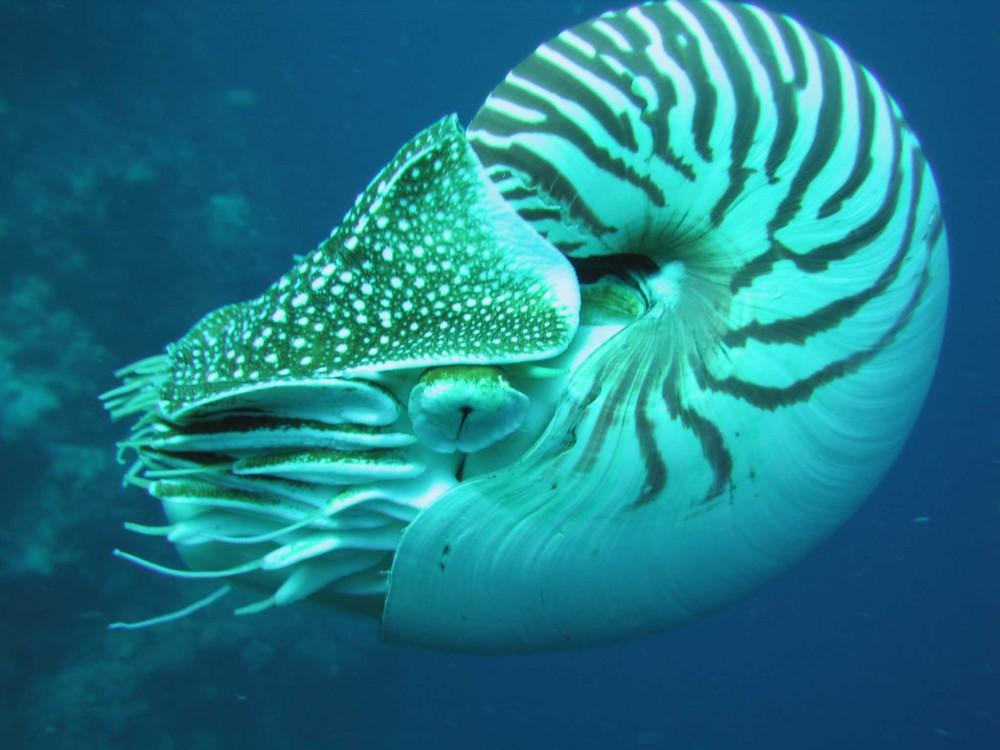 The footprint of the ammonites

Ammonites were a kind of extinct molluscs, that came from the family of octopus or squid, which reigned in the oceans. Of all of them, only a few species survived. The oldest known is the Nautilus. These living fossils still exist in tropical seas. 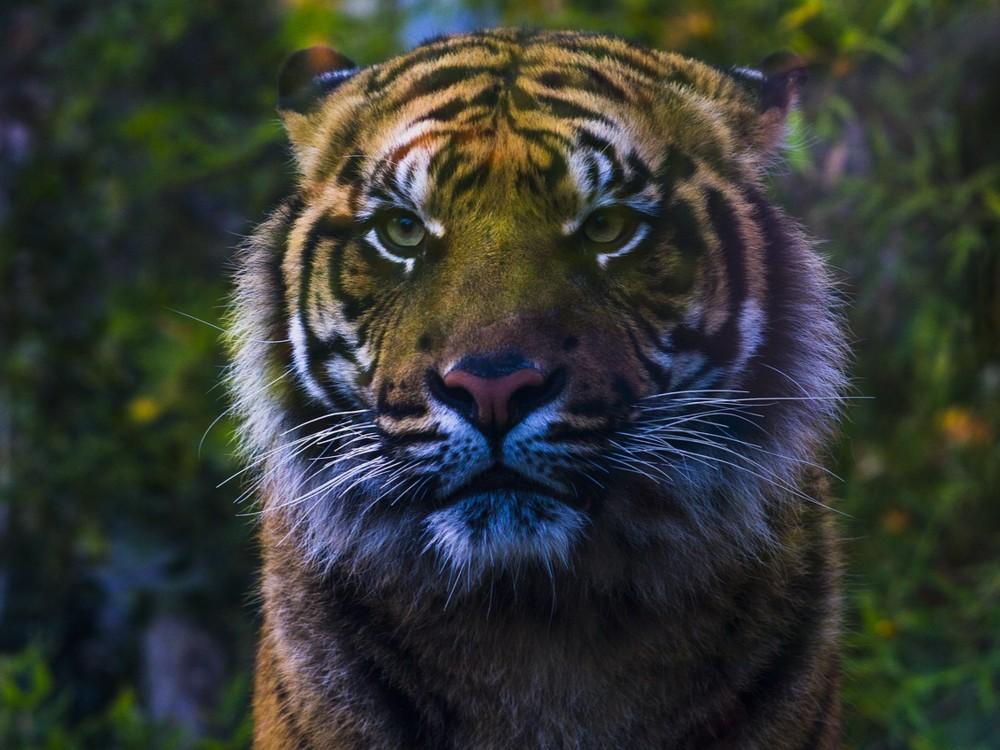 A study published in 2017, in the Proceedings of the National Academy of Sciences, stated that the sixth mass extinction is already underway and more serious than we could have imagined. From a quantitative point of view, it is more severe than is perceived when looking exclusively at species extinctions,' the authors stated. Scientists describe the situation as a 'biological annihilation', and a prelude to species extinctions. A mathematical formula has predicted the sixth mass extinction by the year 2100.