When Sport Utility Vehicles, universally known as SUVs, became popular, not even the best marketing experts would have dared to predict how far this fever could go.

Surely at this point in the game, some hypothesis would have a reason to justify the radical triumph of this type of car. The answer is very simple: this type of car has been able to remain one of the best thanks to the perfect mixture between rationality and practicality.

And why do I say the above? Because if I told you before that this triumph was unpredictable, much less would you think that the segment would reinvent itself.

It could be expected that segments of different sizes would adapt to the needs and tastes of users, coupé versions, different types of engines and even electric versions. But what was not expected was what just happened: the birth of a car that for the first time comes really close to the definition of a Sport Utility Vehicle.

The Q8 is born, the new member of the "Q" family

It shows up with a trunk full of news and messages. On the one hand, and without losing a pinch of the DNA of the Audi family, gives us clues about what is coming in the new models of the Q family. So far, normal; the opposite would be strange.

What's not so common is that a launch has an acronym in a brand, with all that entails, and is also able to create an unrepeatable product.

I wouldn't dare say that it's the best product on the market, although it's certainly one of the best.

What I do dare to say is that this car arrives to win the hearts of customers who were looking for a further step in this segment, and to make designers think. And I already predict that they will reinterpret this launch in future products. 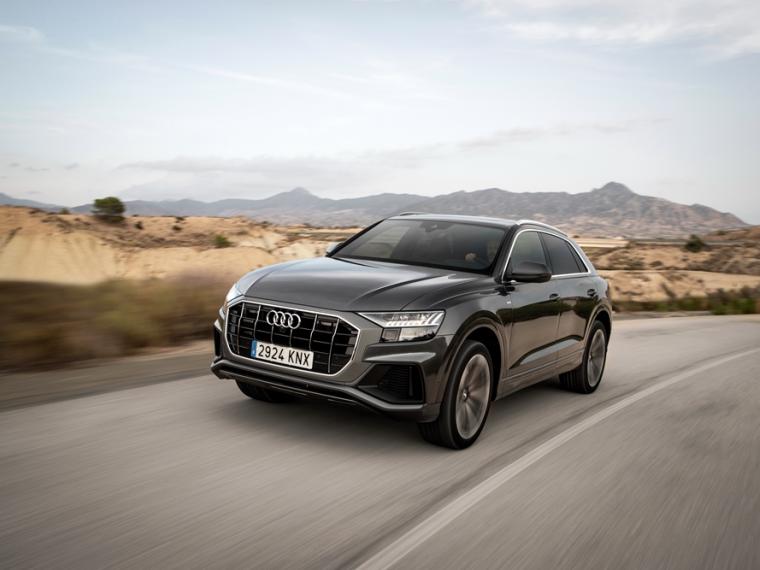 A new interpretation of the SUV appears in the hoop family combining the elegance of a luxury coupe and the versatility of a large SUV. 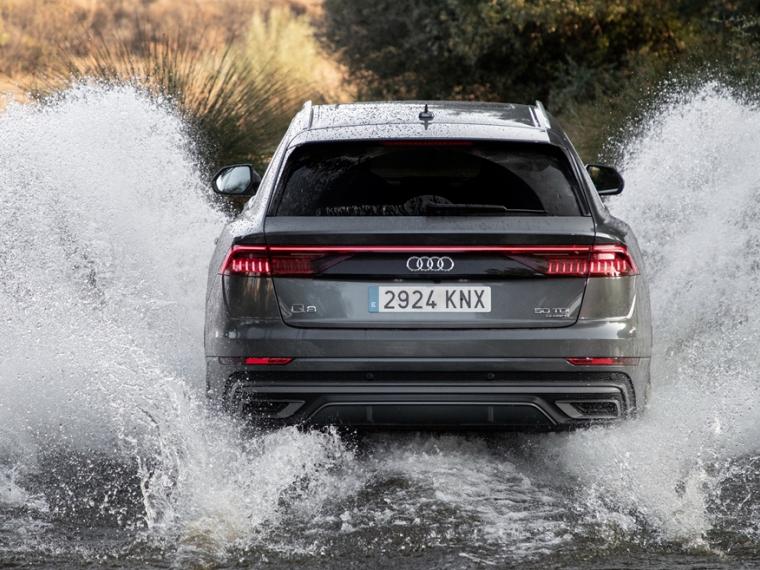 To achieve this spectacular result, Audi's design machines have been reset, introducing new values of versatility, sportiness and elegance. 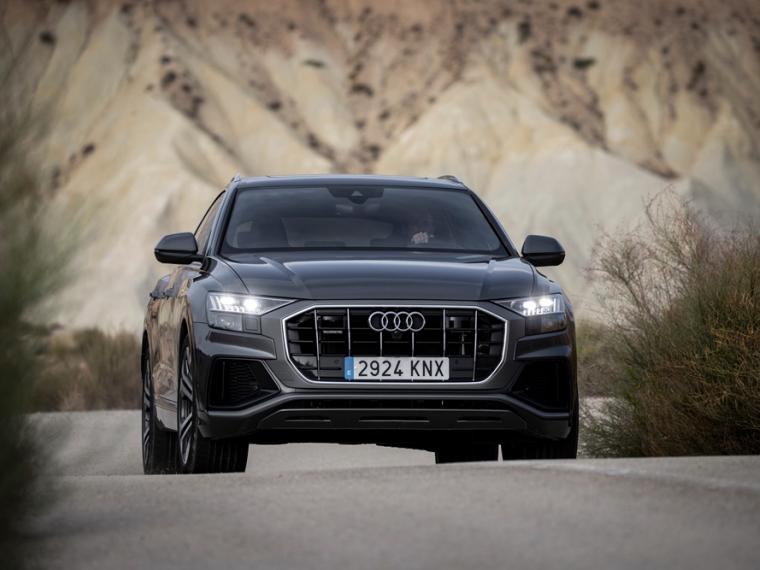 An octagonal single-frame grille is the Audi Q8's letter of introduction. The wide, vertically positioned grille forms, together with a spoiler inclined towards the front and prominent air intakes, create a sturdy front image. 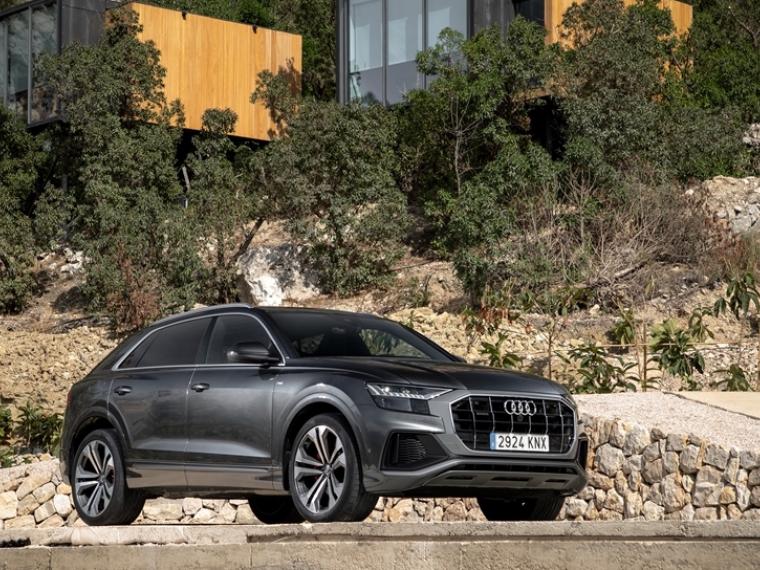 The roof line is clearly defined as descending towards the slightly inclined D-pillars. These pillars rest on the quattro blister packs positioned above the wheel arches that accommodate the not inconspicuous 22-inch rims. 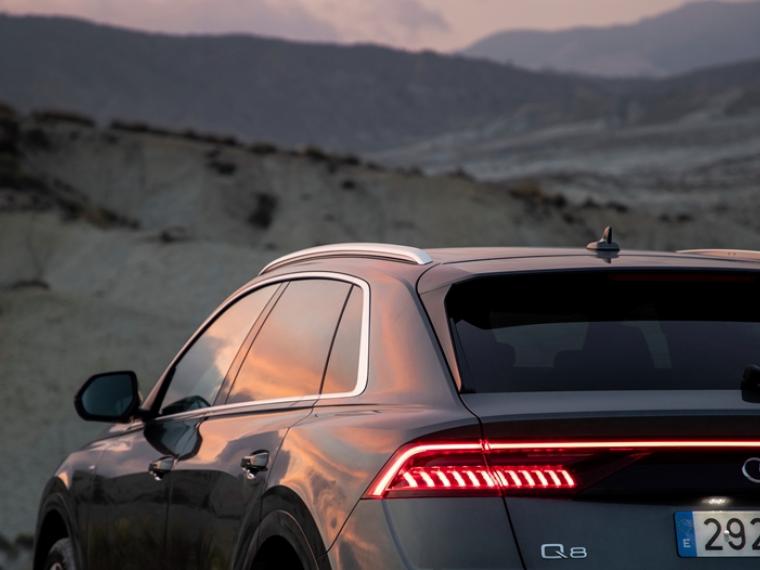 A nod to the Quattro past

There are many details that look at the mythical Audi Quattro: prominent contours and tense surfaces capable of transmitting sensations of power, the permanent four-wheel drive, the spoiler and the wheel arch and door mouldings, as well as the diffuser finished in a contrasting colour.

All this, in addition to further accentuating the appearance of off-road, makes us look to the past by finding coincidences in a car that will always be in the memory of lovers of asphalt. 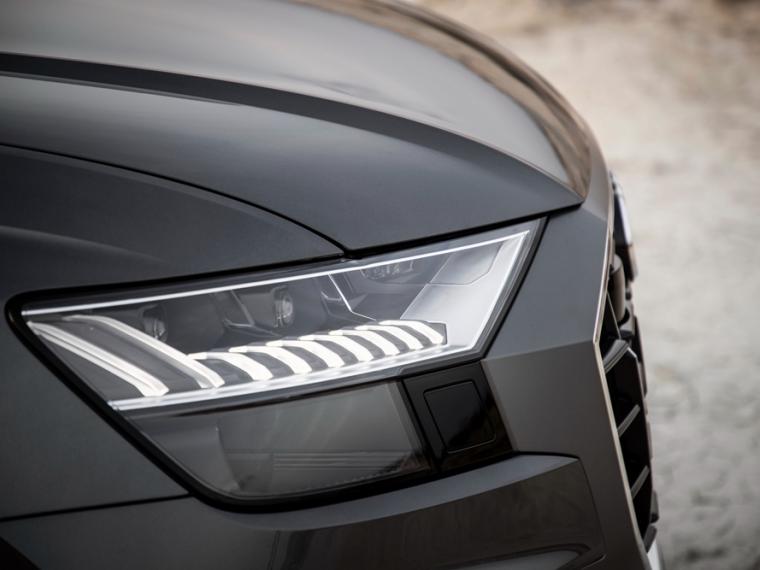 A car with many lights

LED headlights are standard, and HD Matrix LED technology is offered as an option. The three-dimensional signature of the daytime running lights and the rear optical units connected by a strip of light have a digital character. 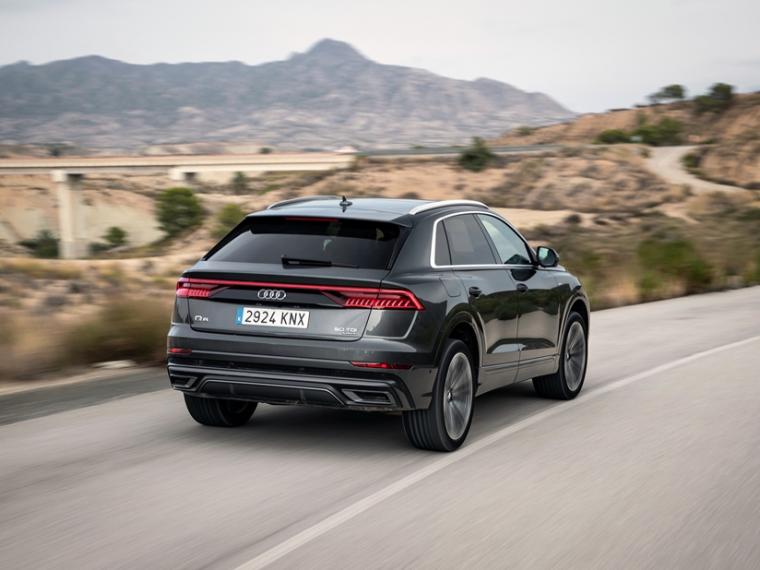 A sporty SUV on and off-road

With a ground clearance of 254 millimetres, short overhangs, quattro permanent four-wheel drive and descent control, this car can continue to advance when the asphalt is finished.

Optionally, the adaptive air suspension with comfort adjustment or sports suspension can be installed. 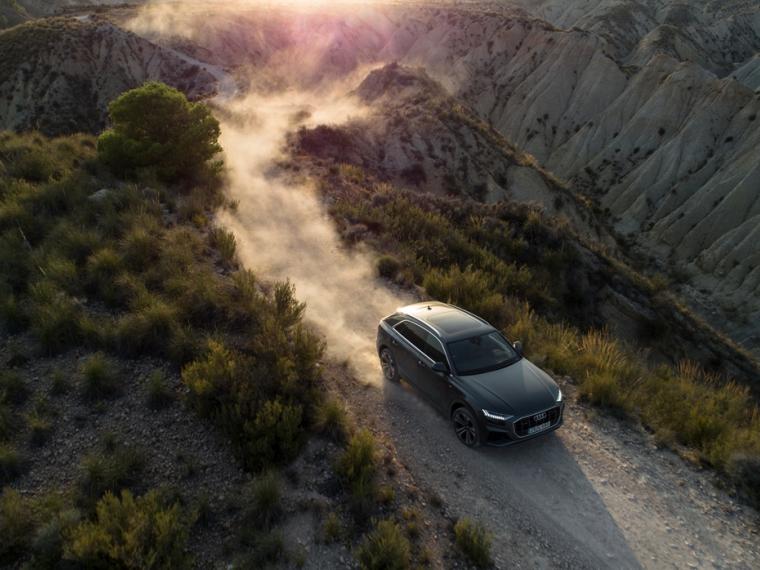 It reaches the European market with the Q8 50 TDI version delivering a maximum power of 210KW (286 hp) and developing a maximum torque of 600 Nm.

For this purpose, it has an accurate and smooth eight-speed tiptronic gearbox. 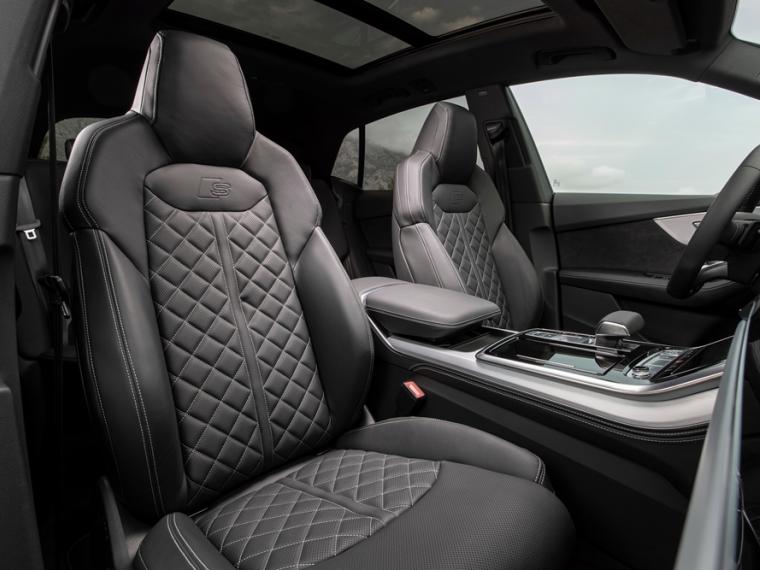 The interior design, less is more

Very intuitive interior with simple plasma symbols a step further in the digital precision of Audi and in the operational integration of its architecture. The central element is the top screen of the MMI touch response.

With its black panel appearance, it becomes a wide and elegantly dark surface when the system is turned off. 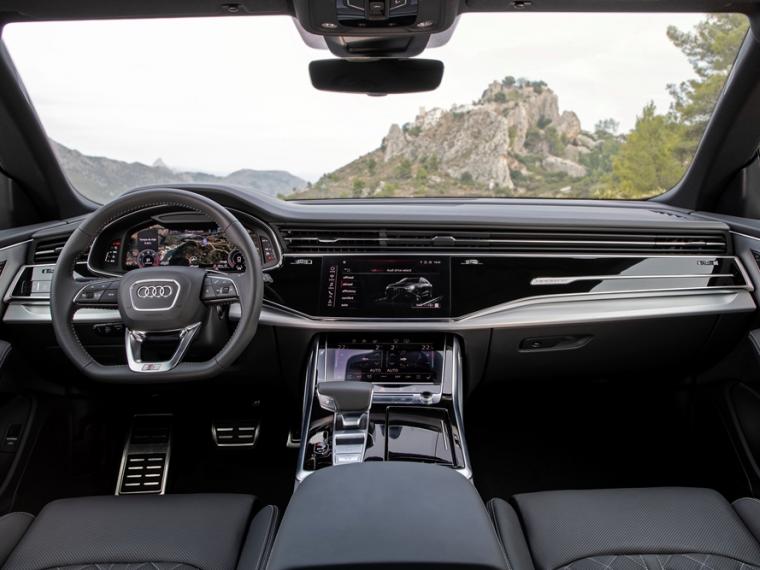 In the Spanish market the Q8 is equipped as standard with the MMi navigation system plus, which uses the LTE Advanced standard for data transmission and Wi-Fi point.

The navigation system suggests destinations through the experience lived with the driver, a true example of artificial intelligence.

For its part, the sound is also at the highest level both in connection and quality thanks to the Audi puts box. Similarly, the audio system signed by Bang & Olufsen providing a 3D sound in all five seats.