Since the launch of SEAT’s third generation Leon in 2012, this car has skyrocketed in popularity. The latest version has sold over one million units since it was introduced to the market at the 2012 Paris Motor Show. With complete redesign, by 2014 SEAT Leon had become the company’s best-selling model, surpassing the SEAT Ibiza, which had dominated the SEAT market during the previous 30 years.

The latest SEAT Leon model was designed, developed and manufactured in Martorell, Barcelona and  was produced on the modular MQB platform of the Volkswagen Group. which 800 million euros was invested in the development of this new model, allowing for big technological advances. SEAT were focused on creating a quality product, seeing 1,600 jobs focused directly in the development plant and more than 6,000 workers on the physical production of this car.

Luca de Meo, president of SEAT, explained: "the SEAT Leon, and in particular the third generation, is the pillar of the brand, the car most recognised and valued by the customers of the company in the five continents that SEAT in present. The Leon is one of the engines has been the driving force for change within SEAT and has contributed to the record sales that was achieved in 2018, with 517,600 vehicles sold”.

The success of the third generation SEAT Leon has transformed SEAT’s brand image.

SEAT’s profit margin has transforming from negative figures in 2012, to the best it’s ever been. SEAT closed 2012 with total sales of 321,000 cars, almost the same number of vehicles sold in just the first half of 2019.

Celebrating the success of the third generation SEAT Leon - let’s take a look at some key facts about this popular vehicle. 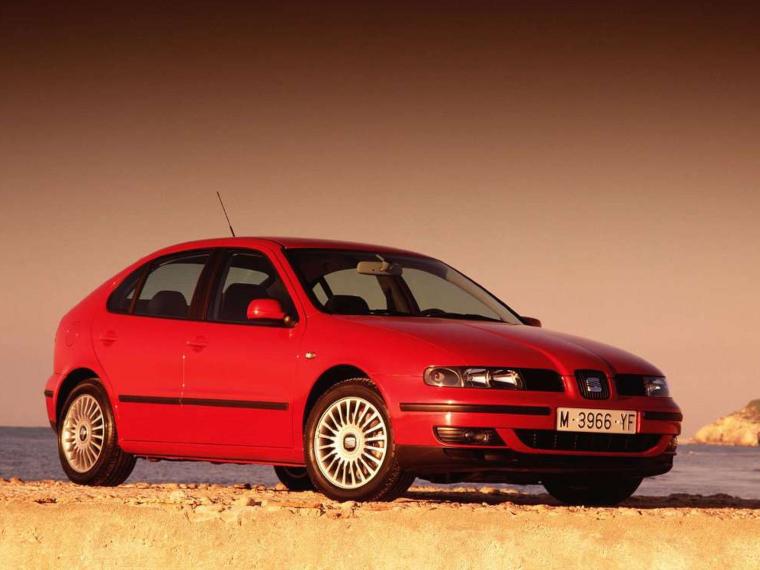 The first generation SEAT Leon was launched in September 1999, meaning that 2019 was SEAT Leon’s 20th anniversary of existence. 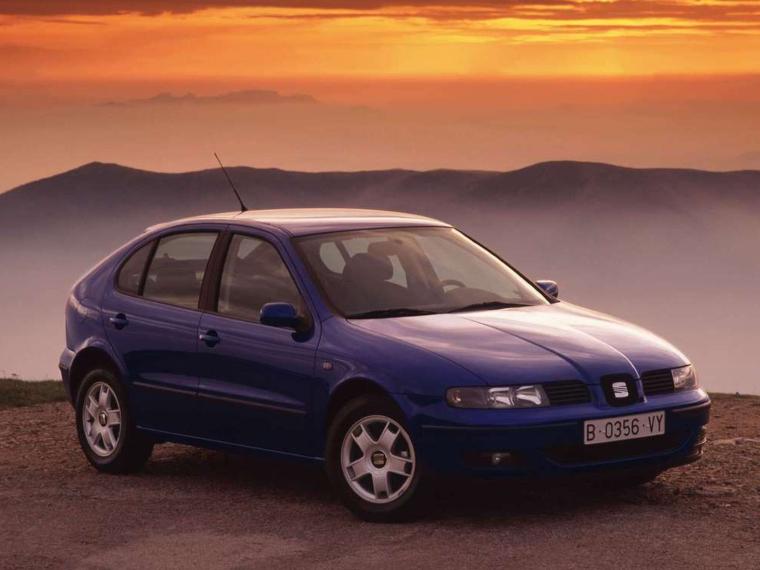 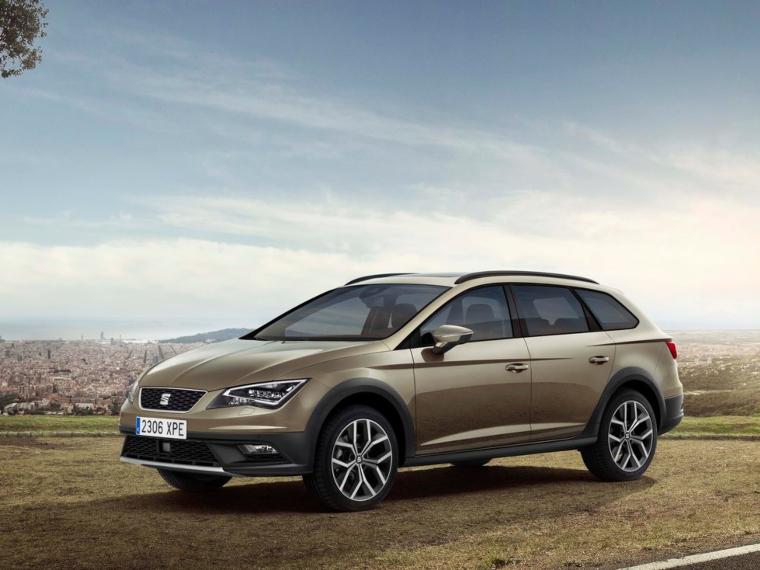 The third generation SEAT Leon offers more features than ever with both three-door and five-door hatchback body options, plus the ST family variant and a X-Perience version. 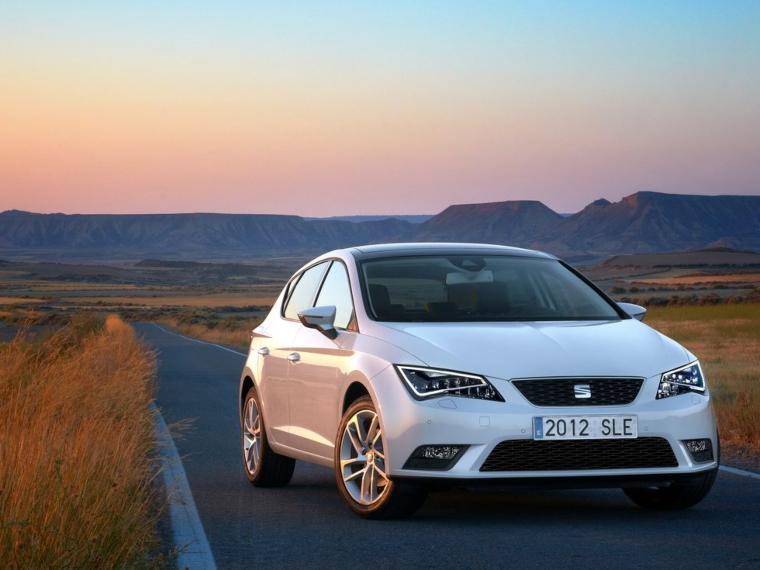 Compared to the previous generation, the third version of the SEAT Leon is 5 cm (2 in) shorter and approximately 90kg lighter. Due to its increased wheelbase (5.8cm longer), it has a roomier cabin, offering front and rear passengers more space, along with more rear legroom and 380 litres boot space. 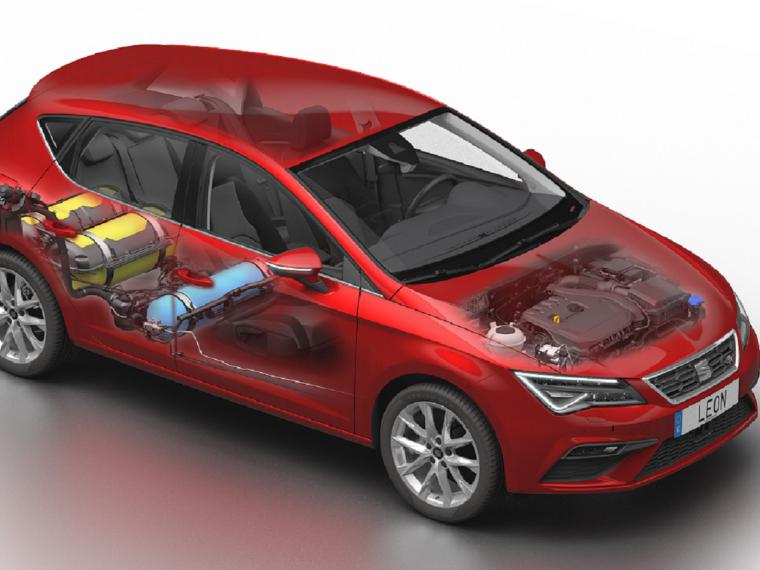 The latest SEAT Leon was the first of its model type to include Full LED headlights. 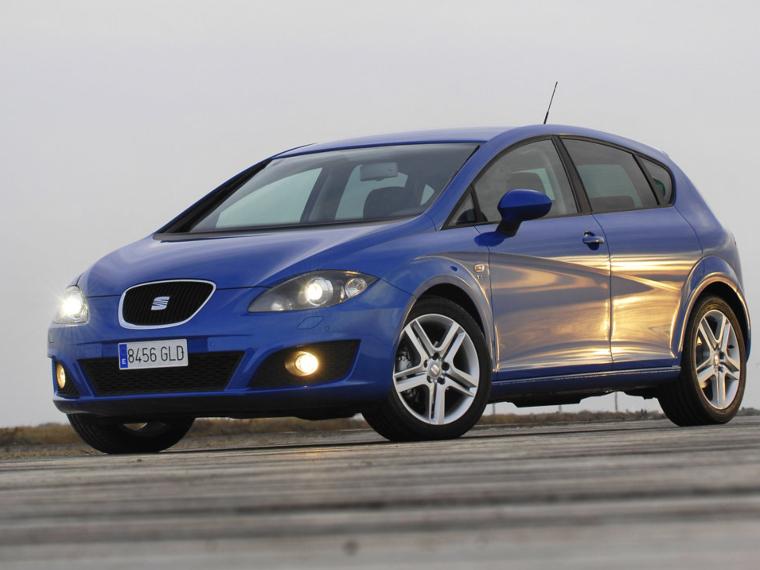 In order to test its durability, a third generation SEAT Leon was placed in extreme temperatures. One was left for a whole year in the desert, meaning it had to contend with intense heat followed by a number of days left in an extremely cold climate. It survived both scenarios very well. 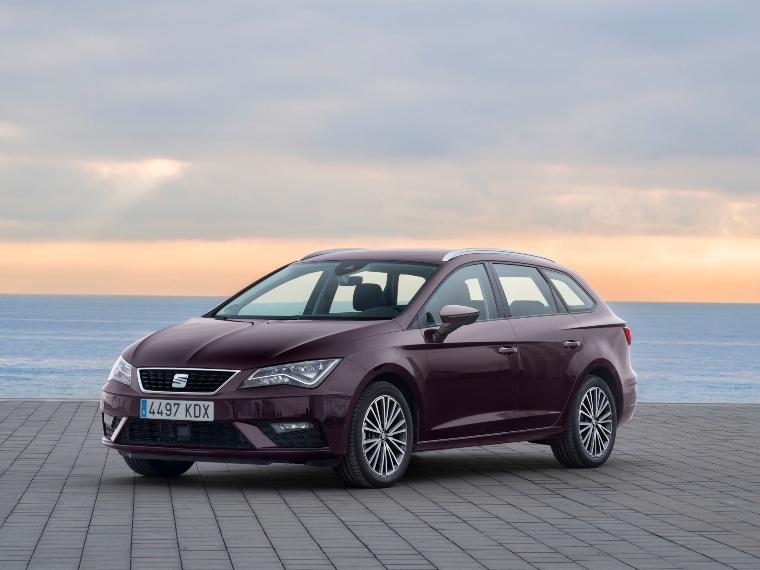 All over the world

You’ll find the SEAT León in all corners of the global, on five different continents to be exact. From Spain, Mexico, Morocco and the UK to Singapore and New Zealand, as a few examples. 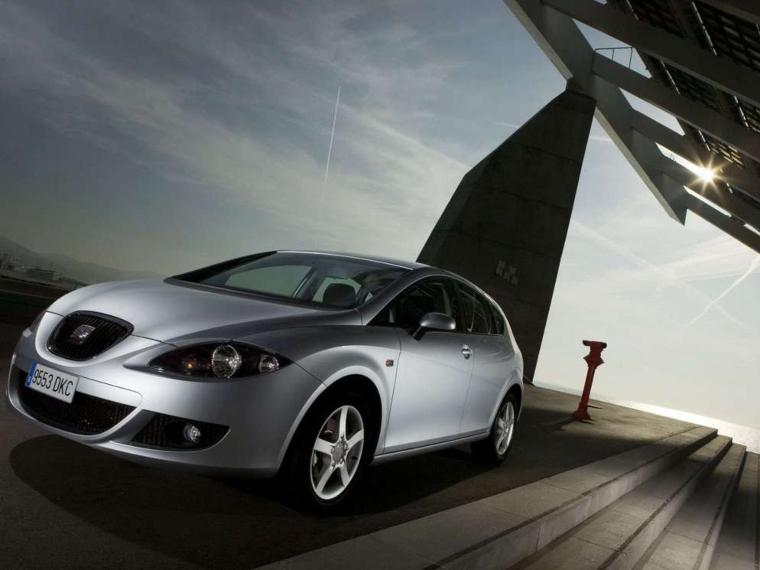 One one the key strengths of the SEAT Leon is  that 80% of its production is destined for export, rather than the domestic market. 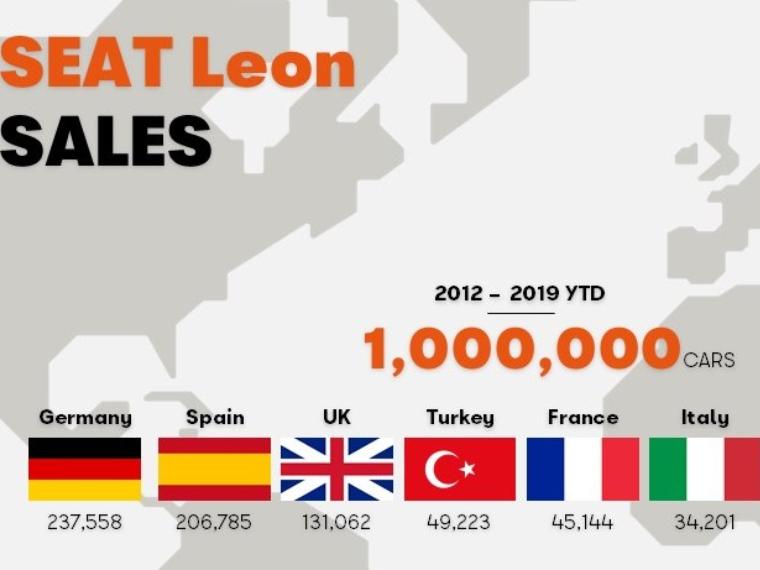 Third generation SEAT Leon has sold the most units in Germany, Spain and the United Kingdom. 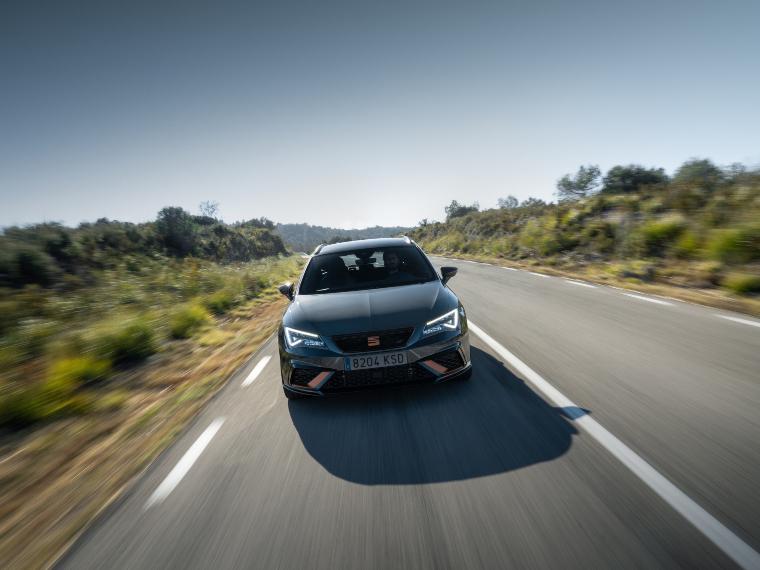 Over 4,000 kilometres of SEAT Leon

If you placed all one million third generation Seat Leon cars sold since 2012 in a line, these cars would stretch to a distance of 4,370 kilometres. That’s three times the distance from Barcelona to Wolfsburg. 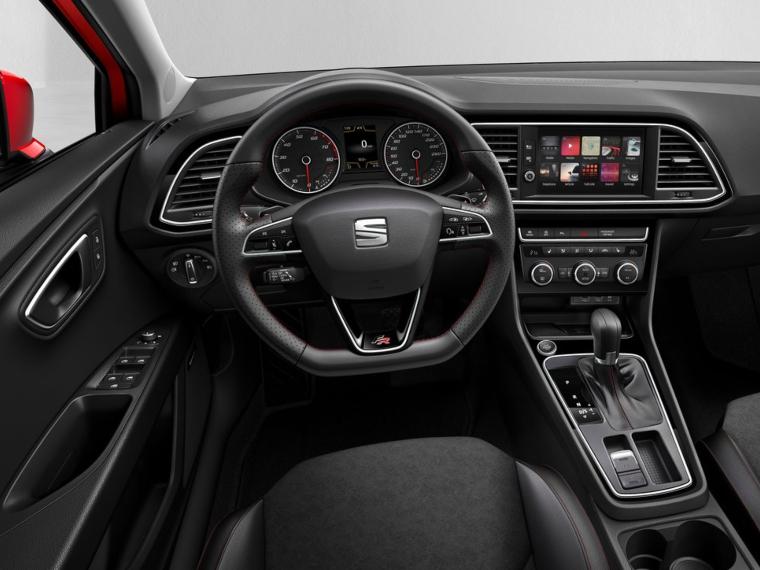 Similar to the SEAT Ibiza, the Leon has achieved some notable international sporting success, including taking the top spot in the World Touring Car Championship (WTCC) in 2008 and 2009. 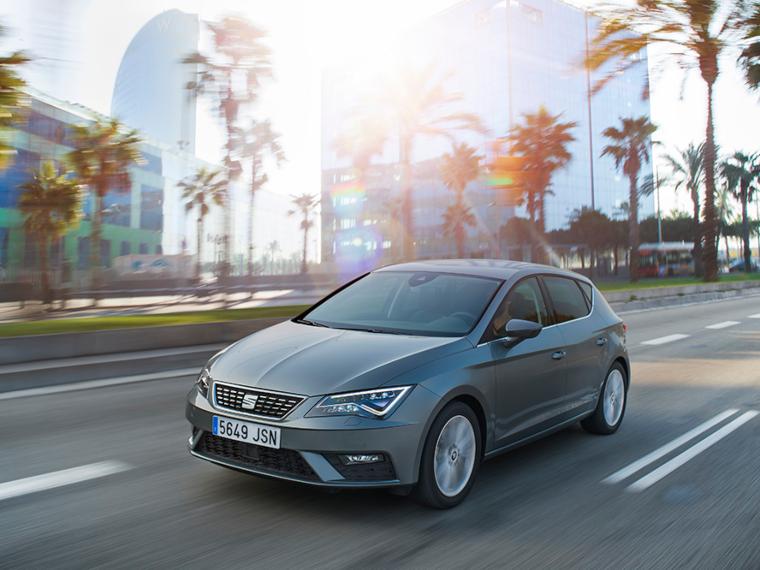 SEAT also won the title of fastest front-wheel drive vehicle in Nürburgring in 2014 with the León Cupra, piloted by Jordi Gené, with a record track time of 7:58 minutes.

The most mythical Italian cars in cinema