The UN climate talks (COP24) in Katowice (Poland) have marked a before and after in the way the world is dealing with climate change. At the climate summit in Katowice in 2018, panelists and participants discussed the Intergovernmental Panel on Climate Change report, which is a credible Paris Accord rulebook. Despite rigorous lobbying of climate change there were times when it seemed unlikely that the 1.5°C  reduction and a strong push towards new, more ambitious national emissions targets for 2020 would be achieved.

In the end the COP24 summit can be seen as a sign that the world is determined to move forward on climate change under the Paris Accord, signed on 22 April 2016 and entered into force on 4 November 2016. The European Union and 174 countries have signed the accord.

How do countries plan to close the gap between their existing targets and what climate scientists say?

In the last 650,000 years, there have been seven cycles of glacial retreat leading to the abrupt end of the last ice age approximately 7,000 years ago. This marked the beginning of the modern climatic era and human civilization. 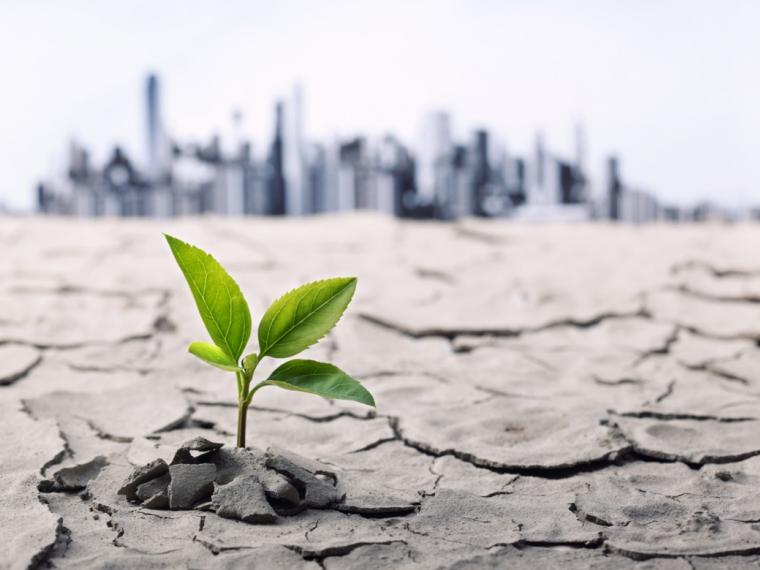 The concentration of carbon dioxide (CO2) and other heat-trapping gases in the Earth's atmosphere causes climate change. A situation that, according to the World Meteorological Organisation has reached unprecedented levels. It was demonstrated in the mid-19th century: there is no doubt that rising levels of greenhouse gases cause the Earth to warm up. 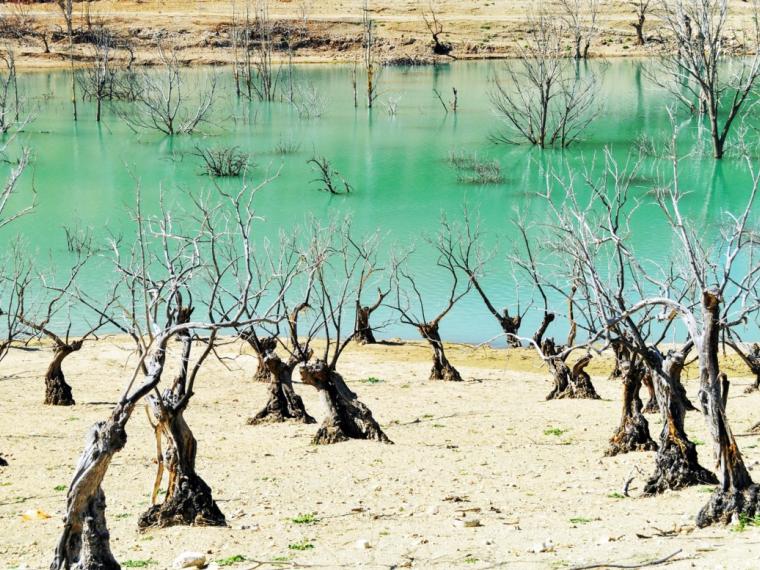 It is still possible to run into some people who do not accept the reality of climate change (some as important as US President Donald Trump himself), but that does not change the fact that the indisputable facts of climate change are demonstrated through multiple lines of evidence. We have already counted: the atmospheric concentration of carbon dioxide has risen steadily since humans began using large amounts of coal during the Industrial Revolution. Current levels of carbon dioxide in the atmosphere have never been seen in the entire history of human civilisation. The average surface temperature of the earth is rising, but that doesn't mean it's rising everywhere, and it doesn't mean that the rise in temperature is responsible for every major climate event. 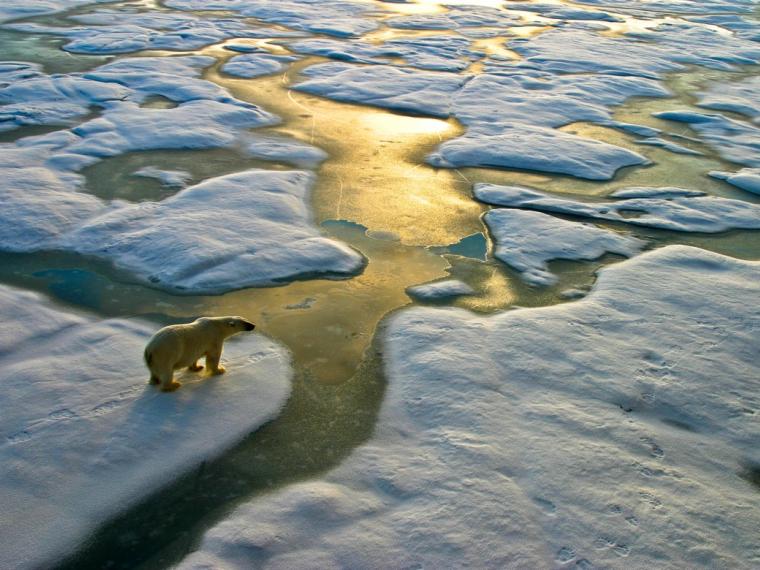 The time has come to end aid to fossil fuels (coal, oil and gas). Many institutions have already joined the initiative to block investments in fossil fuels. Are we ready for change? The goal is to reach zero greenhouse gas emissions by the second half of a century or sooner. We are facing the end of the era of fossil fuels. 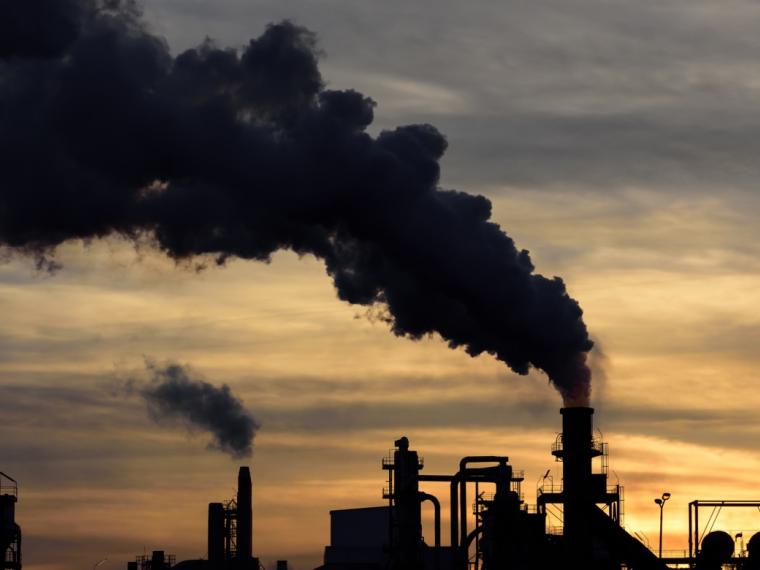 Since the beginning of the Industrial Revolution, the acidity of the ocean's surface waters has increased by about 30 percent. This rise in water level is the result of humans emitting more carbon dioxide into the atmosphere and, therefore, being more absorbed by the oceans. The amount of carbon dioxide absorbed by the top layer of the oceans has increased by about 2 billion tons per year. 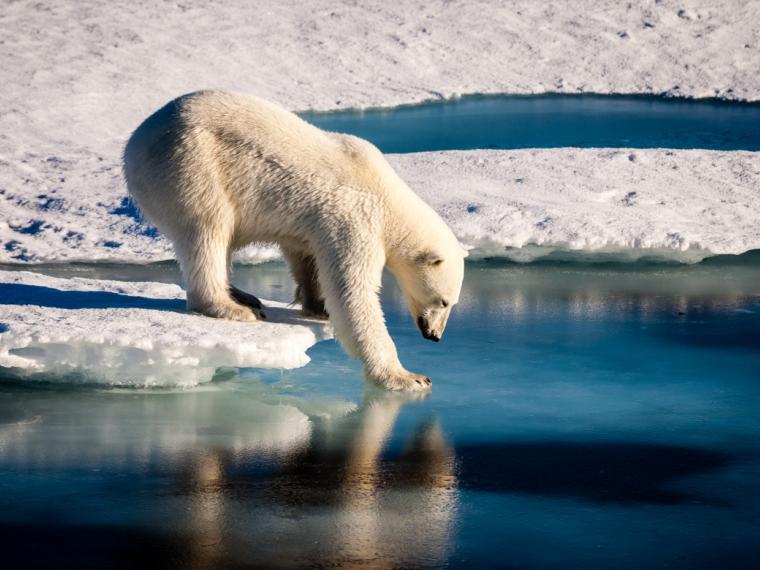 Ice cores from Greenland, Antarctica and tropical mountain glaciers show that the Earth's climate responds to changes in greenhouse gas levels. Old evidence can also be found in tree rings, ocean sediments, coral reefs and sedimentary rock layers. This climatic evidence, or paleoclimate, reveals that current warming is occurring approximately ten times faster than the average rate of warming of the ice age. 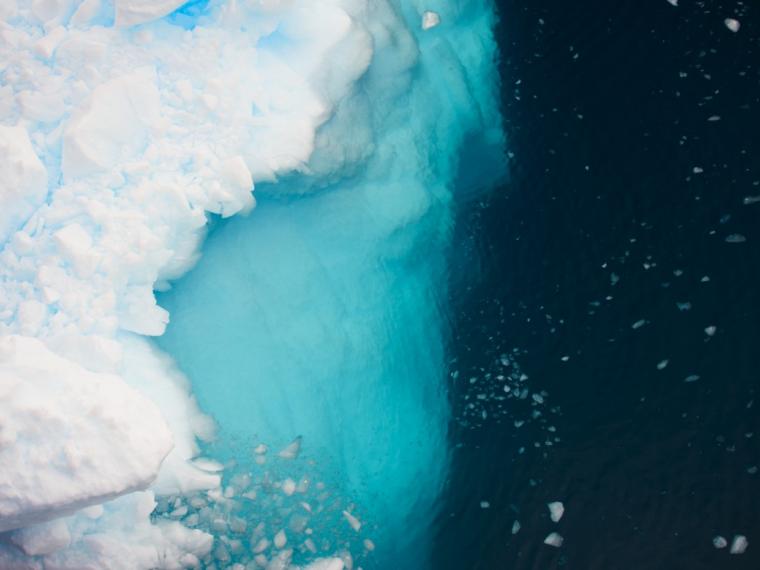 End of a stage

Scientists studying the effects of climate change have warned that we must make massive changes in the way we live our lives to tackle the problem of global warming. And we have to do more than we thought.

A target was set for us to try to prevent the global temperature from rising by more than 1.5°C. Not only are we not meeting that target at the moment, but the data suggest that, in fact, the world is heading towards a 3°C temperature increase. We have to end this stage and focus on saving our planet. 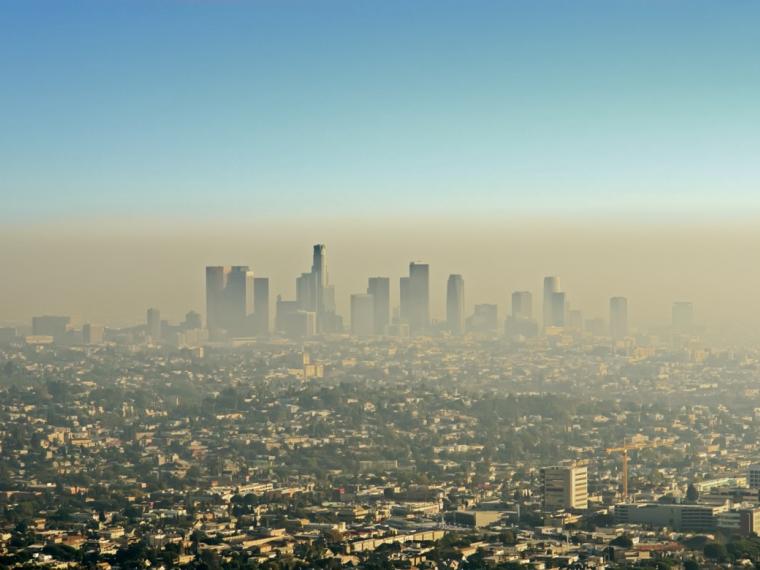 Glaciers are melting almost everywhere in the world, including the Alps, Himalayas, Andes, Rocky Mountains, Alaska and Africa.

Both the extent and thickness of Arctic sea ice have declined rapidly in recent decades. 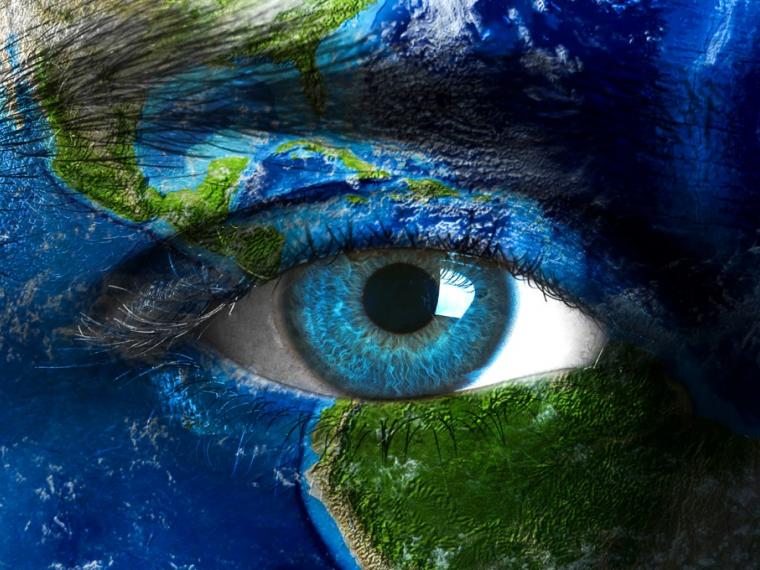 The ice sheets of Greenland and Antarctica have shrunk in mass. Data from NASA's Gravity Recovery and Climate Experiment show that Greenland lost an average of 281 billion tons of ice per year between 1993 and 2016, while Antarctica lost some 119 billion tons during the same period. The rate of loss of ice mass in Antarctica has tripled in the last decade. Snow is melting much earlier. 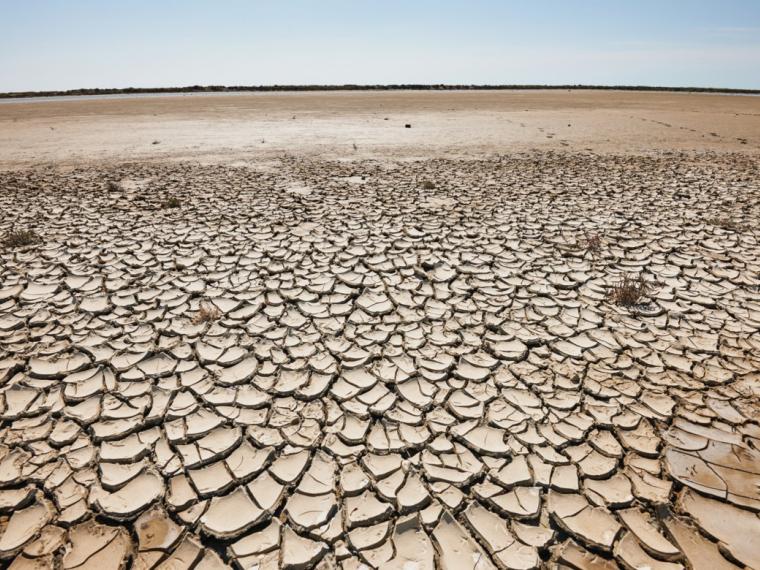 The 'problem' of climate change is that while the biggest impacts cannot be felt for hundreds of years once it starts, we can't do anything about it if we wait any longer, so experts say it's important that we take action now to stop the problem or we're doomed to make the planet a 'greenhouse earth'. 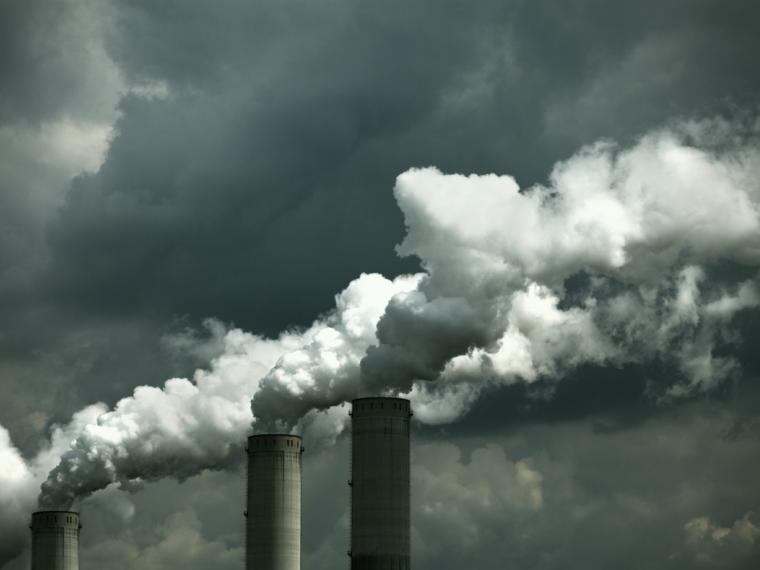 Katowice (Poland) hosted COP24. The package of measures adopted in Katowice is designed to operationalize the climate change regime contained in the Paris Agreement. These guidelines will promote international cooperation and lead to greater ambition in climate action. The venue for COP25 in 2019 will be Chile, a country that seals a quarter century of existence of the most important Climate Conference in the world. It should be noted that the IPCC report (limiting temperature rise to 1.5 degrees Celsius from its pre-industrial level) was the main obstacle to COP24. Everyone complains that no firm commitments have been made to take essential measures to save the planet. 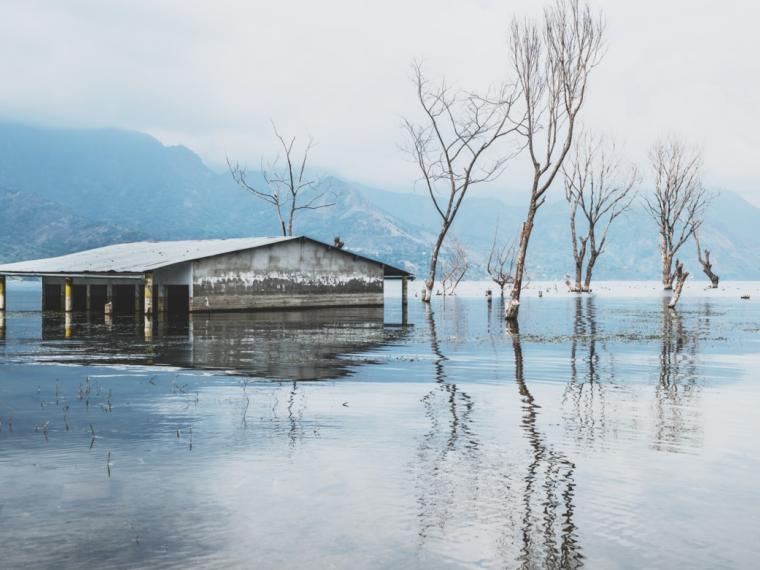 Almost 1 million hectares lost. An area of coastal ecosystems larger than New York City is destroyed each year, removing an important shock absorber from extreme weather for coastal communities and releasing carbon dioxide into the atmosphere. Natural climate solutions such as ending deforestation and restoring degraded forests could, globally, create 80 million jobs and lift one billion people out of poverty. 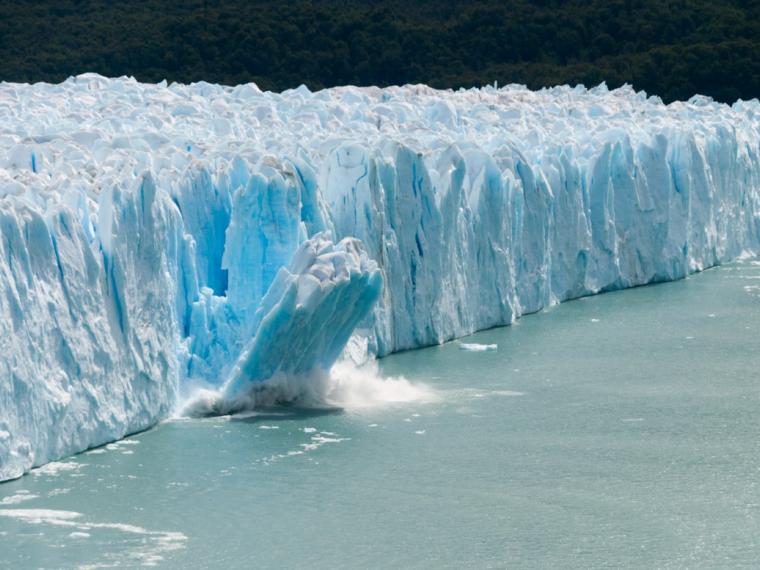 It's time to talk about rising sea levels: The global sea level rose by about 20 centimetres in the last century. However, the rate over the last two decades is almost double that of the last century and is accelerating slightly each year. Yes, it has not only increased steadily over the past 25 years, but it has recently increased at a much faster rate. Loss of ice from glaciers, Greenland and Antarctica account for about 45% of sea level rise. There is also the discharge of water bodies on land and, above all, thermal expansion. 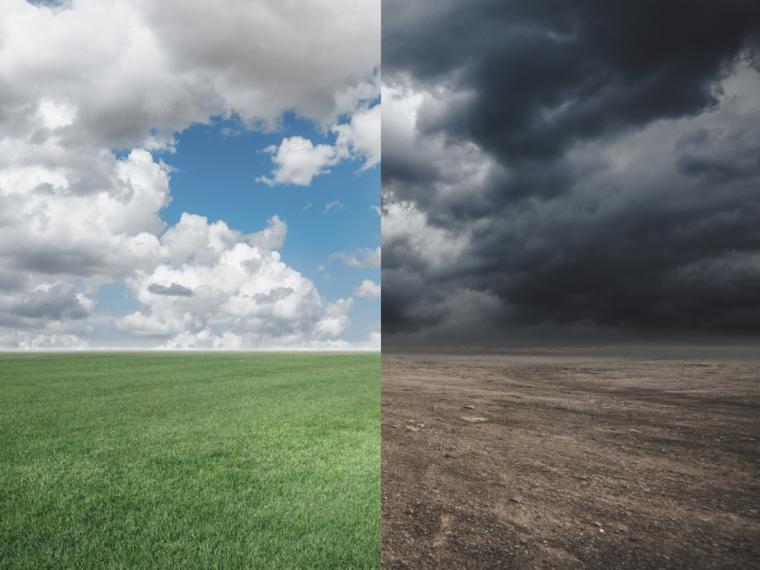 2016 was the warmest year ever recorded.

NASA and NOAA data show that global averages in 2016 were 0.99 degrees C warmer than the mid-20th century average. 17 of the 18 warmest years have occurred since 2000.

Current concentration of carbon dioxide in the atmosphere: 408 parts per million.

The concentration of carbon dioxide (CO2) in our atmosphere, starting in 2018, is the highest in 3 million years. This amount should decrease by 45% from 2010 levels by 2030.

85% of the world's electricity must be produced using renewable energy (e.g. wind farms).

We need to stop burning coal as an energy source.

11% of all global greenhouse gas emissions caused by humans are caused by deforestation, comparable to the emissions of all cars and trucks on the planet.

Eleven per cent (800 million people) of the world's population is currently vulnerable to the effects of climate change, such as droughts, floods, heat waves, extreme weather events and rising sea levels. 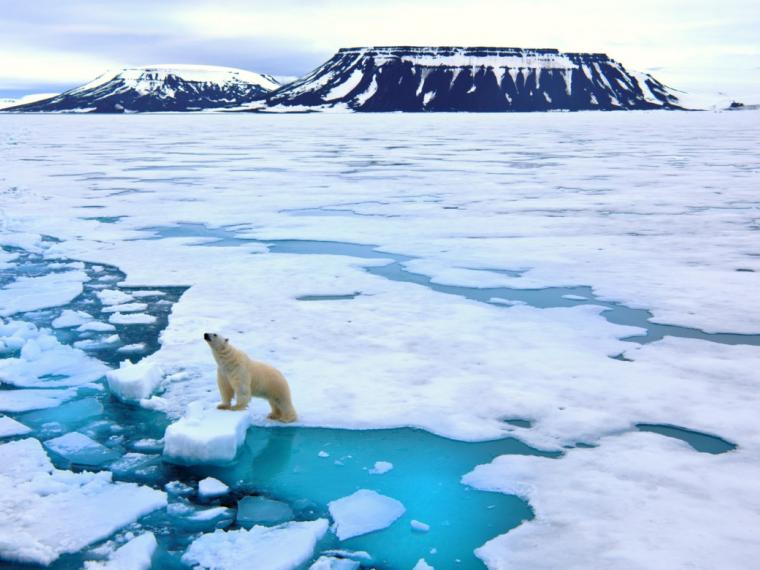 Great warming of the Earth's oceans. The oceans have absorbed much of this increase in heat that we are suffering. A team of oceanographers from the Universities of Toronto and California in Santa Cruz suggested in 2018 that if current global carbon emissions continue to increase, the future of many fish species in our oceans could be at risk.

"The increase in atmospheric CO2 concentrations goes hand in hand with the loss of oxygen in the ocean, and the release of CO2 from human activity could be large enough to turn parts of the ocean into a toxic beverage," said one of the authors. 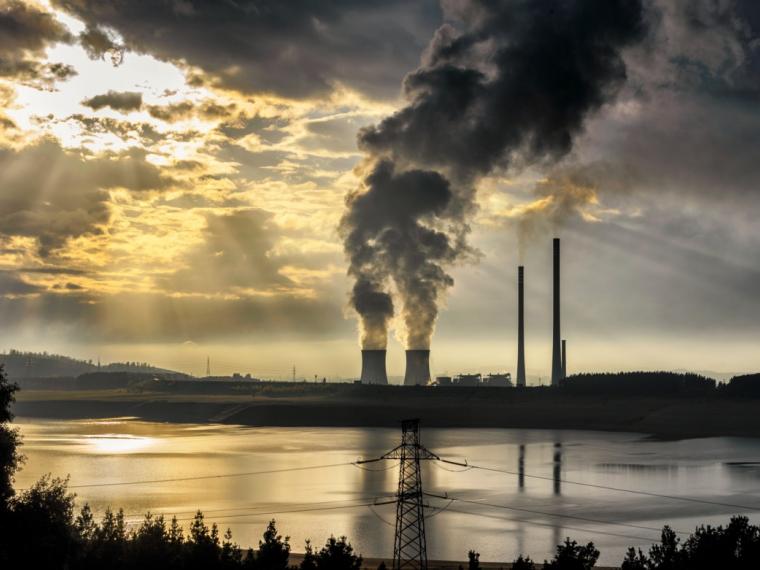 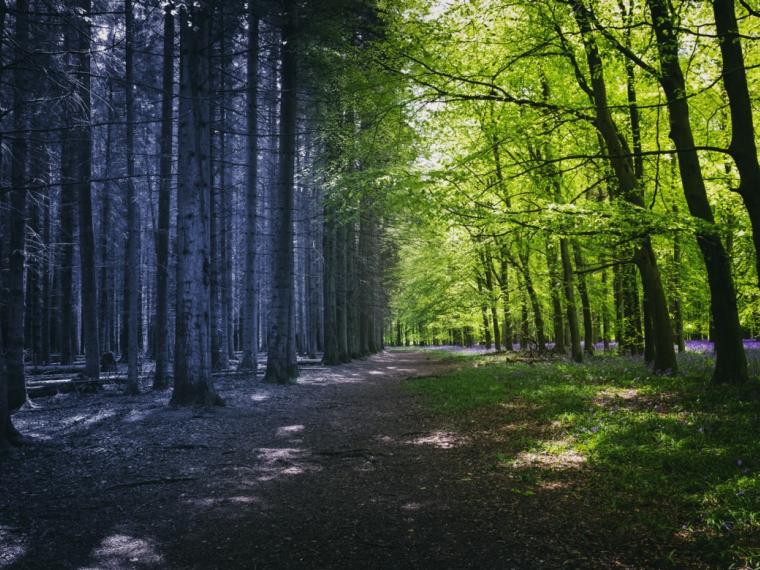 What we can do

Stop burning fossil fuels by the middle of this century.

Discover how to block the sun's rays.

Develop machines to suck carbon out of the air.

We should all agree that we need to make big changes to protect our planet. 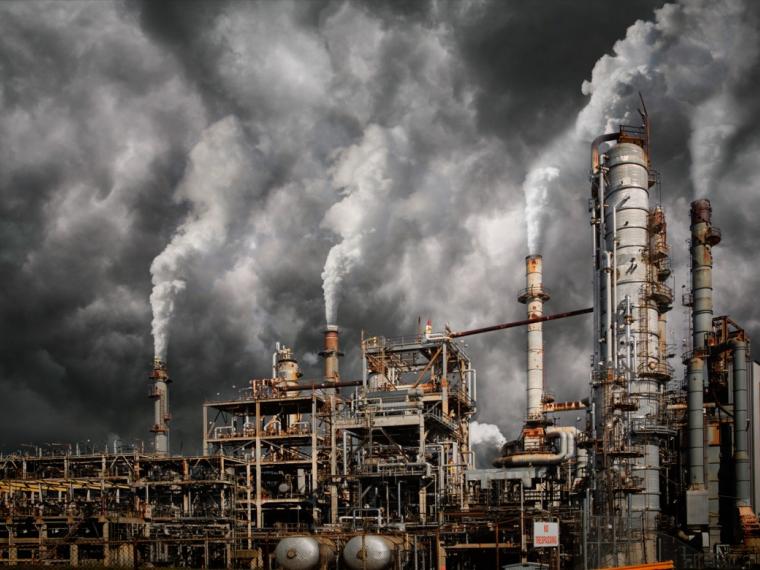 Current global warming could cause sea levels to be 10 to 60 meters higher than they are today, flooding large areas of land.

In short, warming could lead to a higher global temperature than at any other time in the last 1.2 million years.

Have we underestimated the Earth's sensitivity to warming?

Recent heat waves and extreme conditions around the world can help show how quickly and dramatically things can change in our environment. 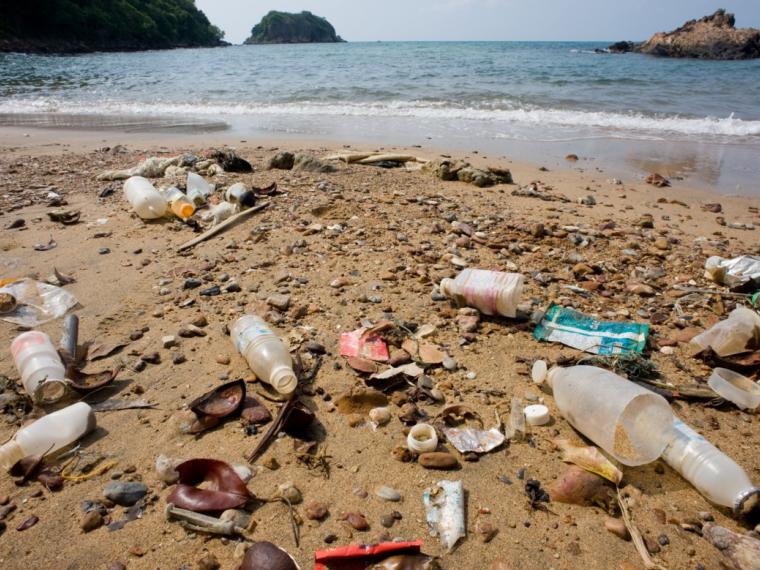 Conserving ecosystems is often more cost-effective than man-made interventions. In the Maldives, the construction of a sea wall for coastal protection cost about $2.2 billion (for example). Even after 10 years of maintenance costs, it is still four times cheaper to preserve the natural reef. Tropical forests are incredibly effective at storing carbon, providing at least 30% of the action needed to avoid the worst climate change scenarios. However, nature-based solutions only receive 2% of all climate funding. 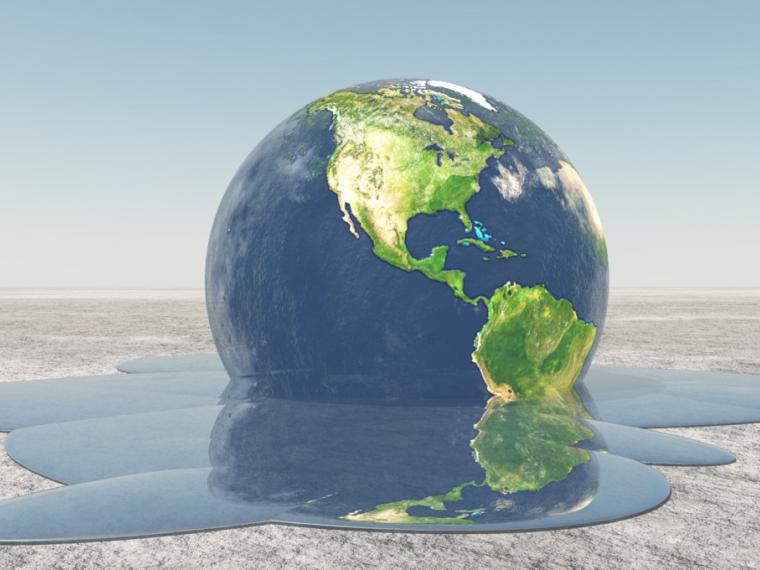 The average surface temperature of the planet has risen by about 0.9 degrees Celsius since the end of the 19th century, a change driven mainly by the increase in carbon dioxide and other man-made emissions into the atmosphere. The Earth thus accumulates +400 consecutive months of temperatures above the historical average. Data from the U.S. National Oceanic and Atmospheric Administration (NOAA) are clear and compelling: since 1977 every month has been warmer than the average of the 20th century except for one, December 1984. 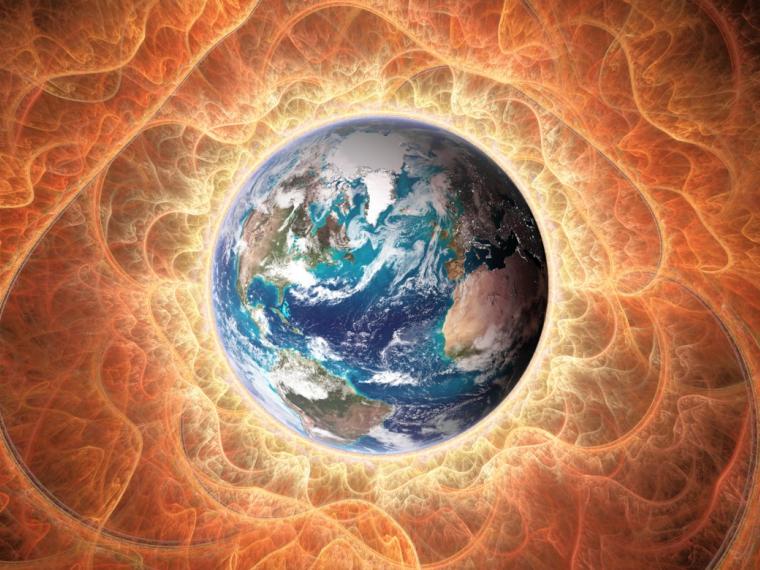 If the figures we currently use do not change, it will be extremely difficult to prevent the world from collapsing due to global warming. Many schools, organisations, government agencies, etc. are making efforts to encourage people to take action that prevents them from taking any action that leads to global warming. The most important consideration, however, is to feel the problem as one's own and be aware of the reality of the situation. Let us not wait for the problem to affect absolutely everyone on earth, because then, it will be too late. 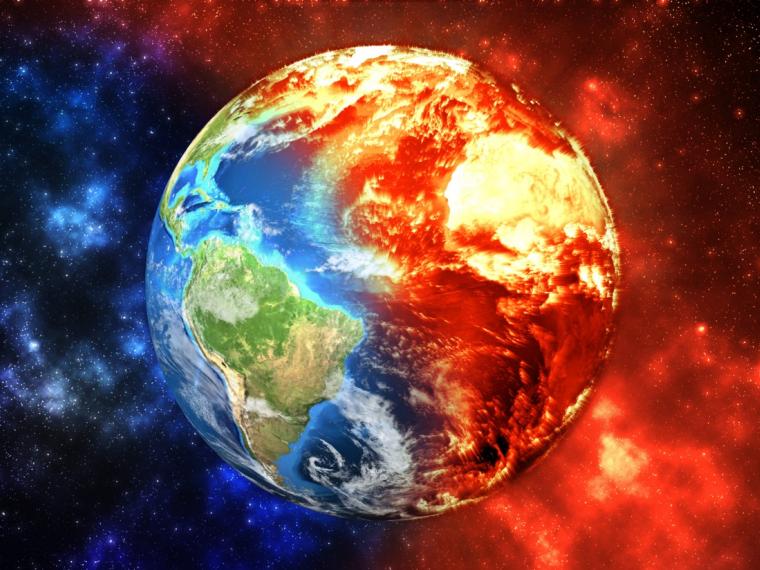 Coral reefs will be history if we do nothing. With only 2º C of warming we lose 99% of the reefs. At 4º C, corals will cease to exist.

Extinction will become common. Animals are less resilient than humans and will suffer more from climate change. As temperatures rise and the climate changes, the loss of flora and fauna will be extreme.

We will all go hungry. Global grain yields could fall by 50% at 4°C. The oceans will be hot, acidic and filled with plastic. Fire and drought will wipe out agriculture. 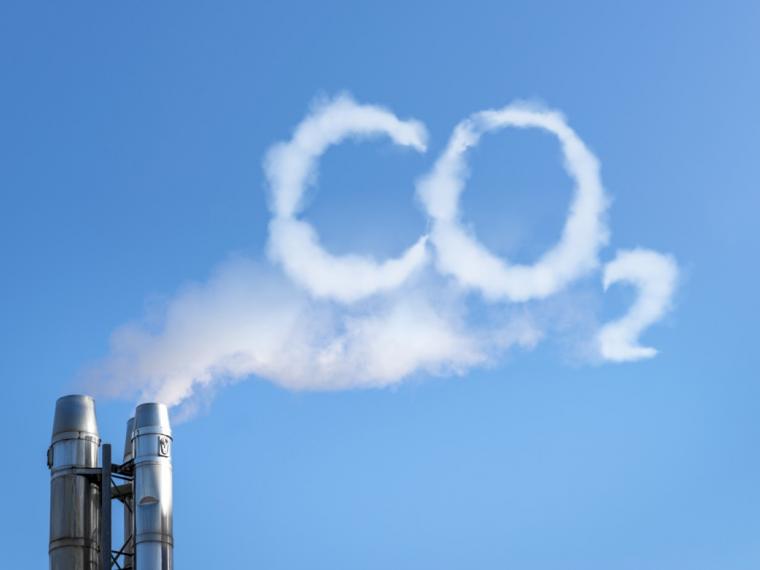 What you can do for the planet isn't bullshit. There are several things you can do at home to do your bit to protect the planet:

Plant trees: either in your garden or by participating in planting trees around your local area, the more trees, the better!

Don't waste: a lot of food is thrown away every day. Be smarter with our food waste. Think, could it become something else?

Travel ecologically: transport is an important factor in carbon emissions, so think of greener ways to travel. If it's a short distance, could you walk or bike? If it's a little further away, could you take a train or a bus instead of driving? Do we bet on electric cars?

The world's most sustainable cities