Science has always been a fascinating field from which the most curious never tire of learning. For centuries, its diffusion has been vital for technological evolution and for the learning of humanity. Over the years, scientific knowledge has become more accessible to people, and especially to those who have a great interest in understanding the world, but are not professionally dedicated to it.

Books have thus been the link between epochs, and their content, the great treasure of knowledge. However, not all science books have been a revolution, and it is because of the complexity of the subject or the author’s communicative incapacity (who is usually a scientist), it is very difficult to read the work.

Science books have a duty to turn all that complexity into something fresh and dynamic to make it easier to understand. This is the basis on which the genre itself is based, since the main intention is to arouse interest in this branch of knowledge.

Some of the great works that have achieved popular success have been able, on certain occasions, for the citizenry to significantly change its way of thinking about something or at least, to question what it took for granted. We are talking about books such as "Origin of species", "The selfish gene", or simple texts by scientists and thinkers such as Galileo Galilei.

A society has now been forged in which science and technology occupy a fundamental place in the productive system and in general, in daily life. It seems difficult to understand the modern world without understanding the role these play. It has been demonstrated that the population needs a scientific and technological culture in order to approach and understand the complexity and globality of the reality we live in.

It is no longer possible to reserve the scientific and technological culture to an "elite’". It is necessary that broad sectors of the population (without distinction) accede to the challenge and the satisfaction of understanding the universe in which we live. Let them know where we come from and where we are going, so they can collectively imagine and build ideas.

These classics of scientific disclosure have allowed science to be brought closer to society by getting concepts, a priori complex, such as the meaning of the acronym DNA or that our planet is a subtle point in the huge universe, are understood by the majority. For all of this, we have made a selection of some of the best science outreach books according to readers. 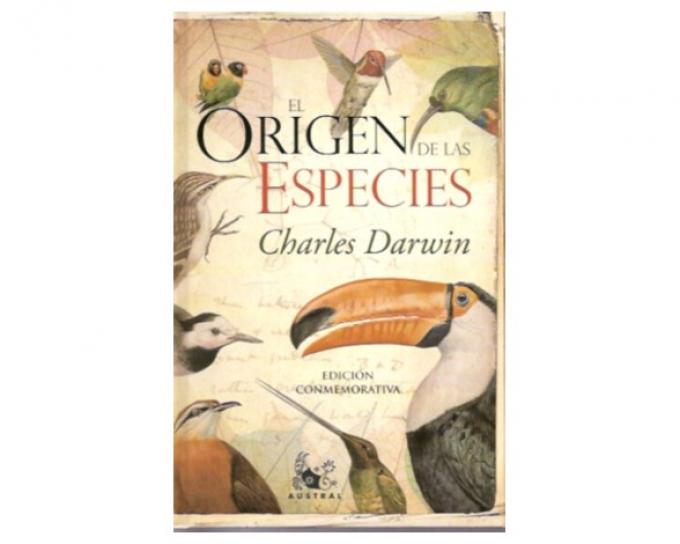 This is without a doubt the most important scientific outreach book in history and as we know, it was also one of the first. Thanks to his writing, the theory of evolution changed the world as we lived it in a slow but safe process. His conclusions generated a great scientific, philosophical and religious debate not only among the scientific community but also among the general public until his theory was officially accepted 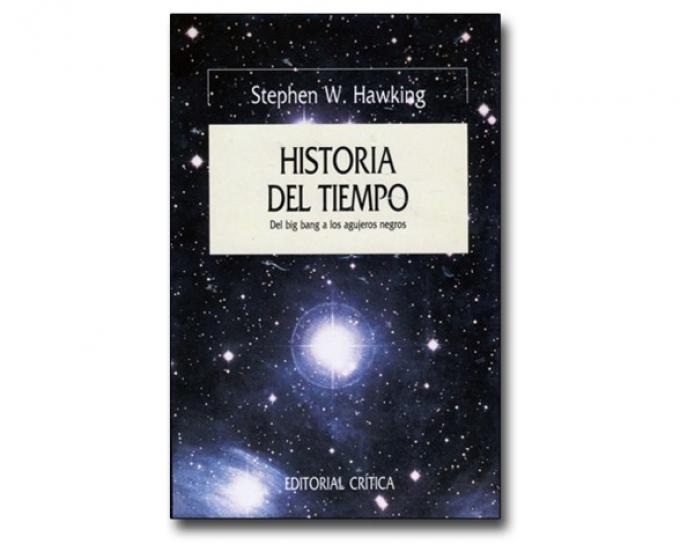 Translated into more than thirty languages and with more than 5 million copies sold since its launch. Hawking’s work offers an introduction to the most important contemporary scientific ideas about the cosmos, such as the Big Bang or the black needles. 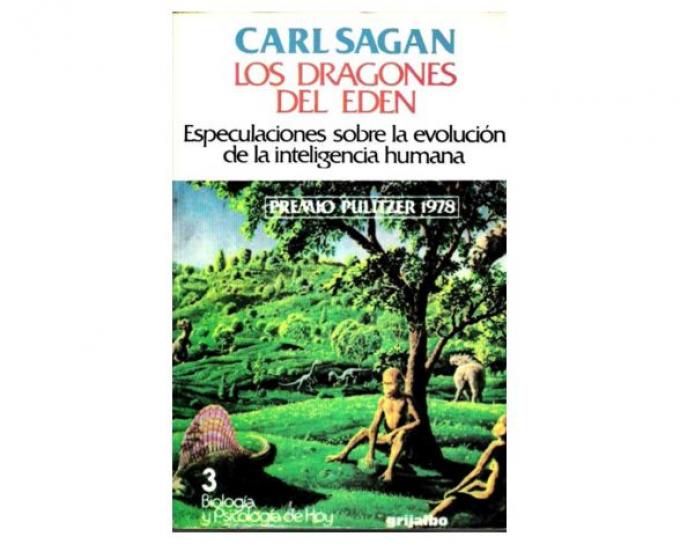 He was awarded the Pulitzer Prize in 1978. Its author explains the evolution of human intelligence by combining different fields, such as biology, anthropology or neuroscience. Sagan tries throughout his works to investigate how the human brain has grown and to understand its way of life, as well as to try to discover the existence of extraterrestrial presence. 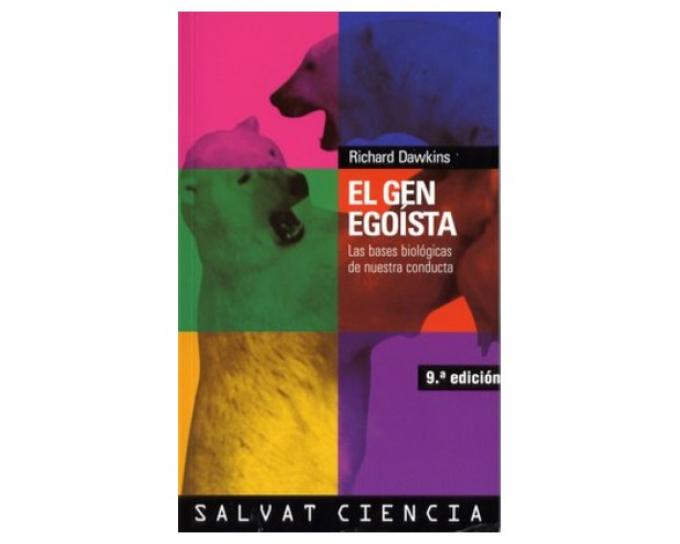 Dawkins popularized the theory that genes are the real central 'units' of evolution, unlike individuals like animals or plants. As introduced at the beginning of the book, "we are survival machines, blind programmed automata in order to perpetuate the existence of the selfish genes that we harbor in our cells".

Watson. One of the discoverers of DNA, puts on the table in "The Double Helix", autobiographically, all the details of this finding. Despite the initial controversy over the controversy with the other participants of the discovery, the book, published in 1968, makes a personal account of everything that happened around the discovery of the structure of the DNA molecule in the 1950s. 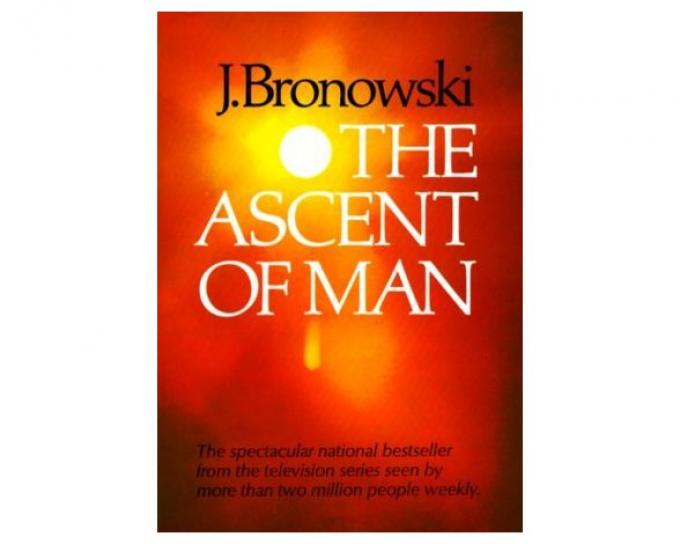 In “The Rise of Man”, this English mathematician traversed through a BBC documentary series about the history of human beings through scientific and technical progress as, according to him, science has always been part of the culture of the human being through its evolution. At the end of the series, Bronowski wrote a book that, under the same title, soon became a bestseller. In fact, the book is an almost literal transcription of the original episodes of the TV series. 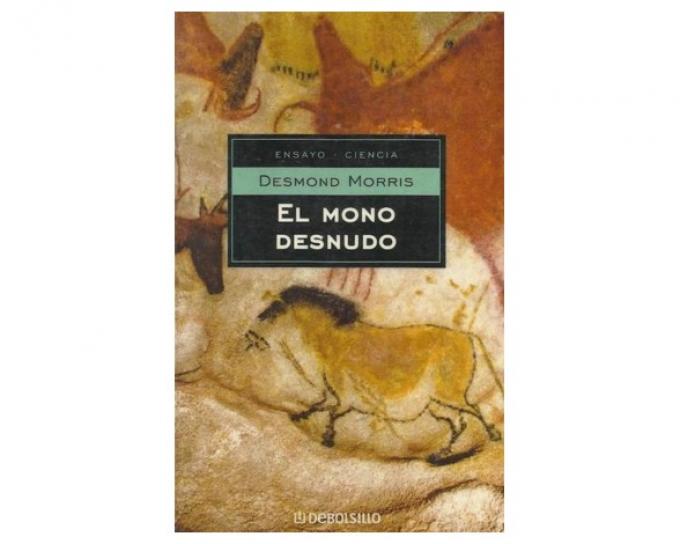 Starting from the premise of taking the discovery of the human species as something new, this book by the zoologist and ethologist Desmond Morris is a journey through the evolution of the human being from the challenges of prehistoric life as animal hunters and collectors of plants and fruits. All this was accompanied by a good dose of humour, which caused the general public to welcome this work with great pleasure. 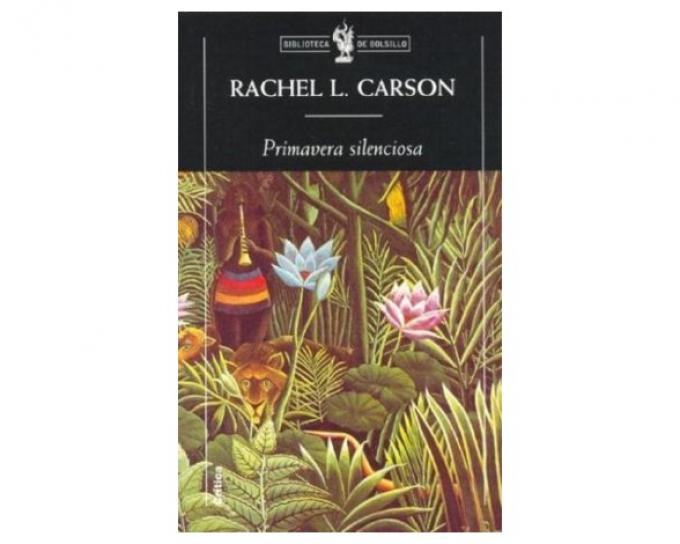 Environmentalism has its origin in this work by marine biologist Rachel Carson, who warns, for the first time, of the harmful effects of pesticides on the environment. It is the first scientific dissemination text to deal with the impact on the environment, talking about the pollution of the chemical industries and the danger this posed to the planet. Thanks to his welcome, the well-known DDT also mentioned in the book was banned by the United States government. 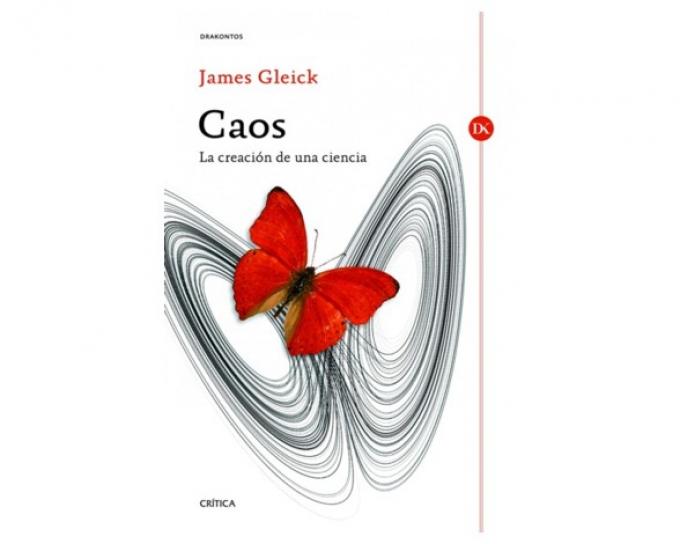 Chaos: The Creation of a Science James Gleick (1987)

Is it possible to explain the theory of chaos to the general public in a simple but trustworthy way? This was the achievement of journalist James Gleick. Chaos, the creation of a science[ was not only a literary success for the public but also earned it a finalist for the Pulitzer Prize and the National Book Award. And all without scientific training. 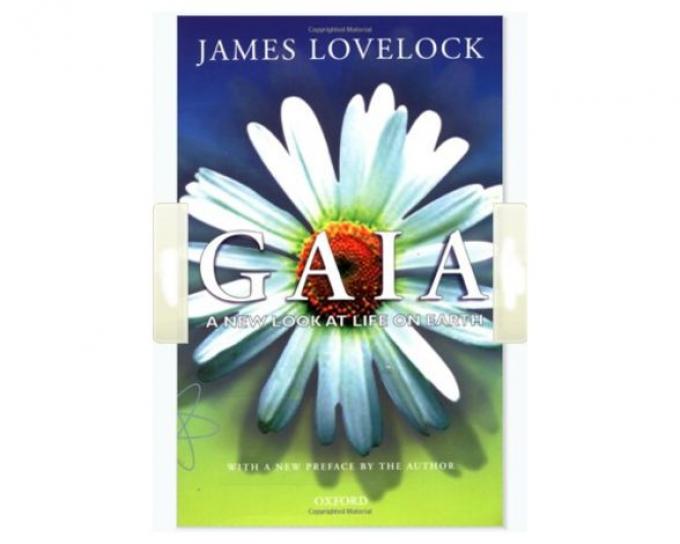 The English meteorologist and environmentalist James Lovelock carries for the first time the hypothesis of Gaia according to which the atmosphere and the surface of the Earth are a whole, and where life itself self-regulates in all aspects.

This essay laid the foundations of modern physics. Galileo took up the ideas formulated by Copernicus on the terrestrial movement of the field of astronomy and raised it in the general field of the philosophy of nature. His work thus becomes a text that speaks of physical science, astronomy, epistemology, logic and philosophy, and culture itself. 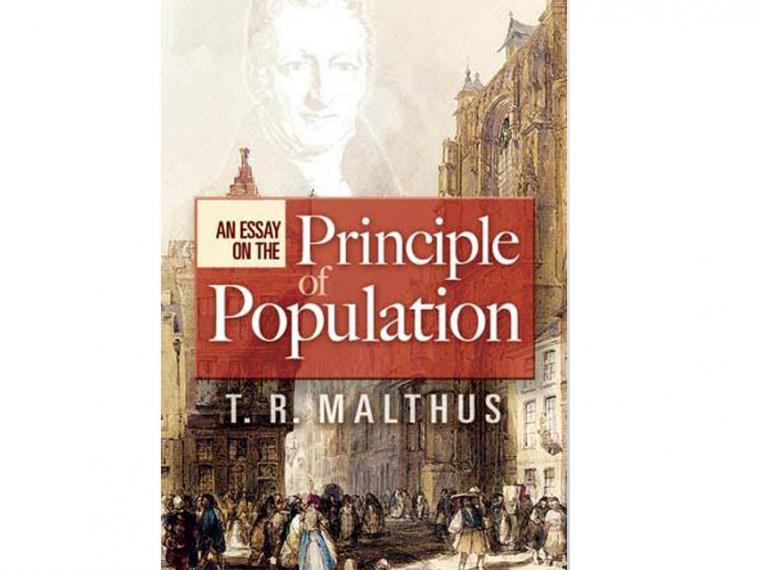 Essay on the principle of population - Thomas Malthus (1798)

Although his theory was not fulfilled as he described in his work, Malthus continues to be a reference in various economic and sociological studies. In his essay on the principle of population, the British author warns of the problems that overpopulation could cause. This book had a great impact on the society of the eighteenth century, as it was one of the first demographic studies that analyzed the population growth against the available resources of the Earth.a 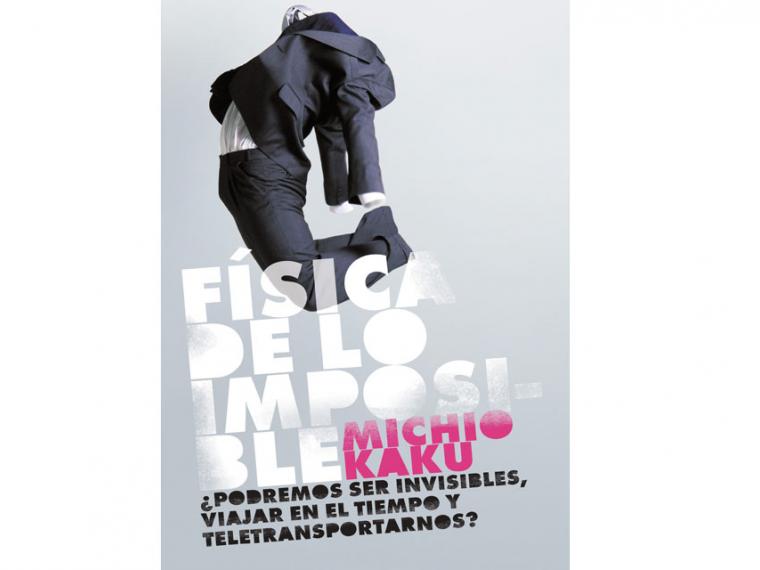 Physics of the Impossible. Michio Kaku (2009)

The book offers a fascinating journey to the frontiers of science and reveals the reality hidden by many Science Fiction gadgets. In this attractive and provocative work, Kaku explains, for example, how optical science and electromagnetism will one day allow light to surround an object, making it invisible, or how telepathy and telekinesis, previously despised as pseudoscience, can be achieved through magnetic resonance imaging, computers, superconductors and nanotechnology.

The Theory of Everything [ Stephen Hawking (2002)

The Theory of Everything is an introduction to the history and structure of the universe. In this work, Hawking again illustrates us with a history of the universe, from the first theories of the Greek world and the medieval era to the most complex theories of today, with a pleasant and understandable tone for all types of readers. 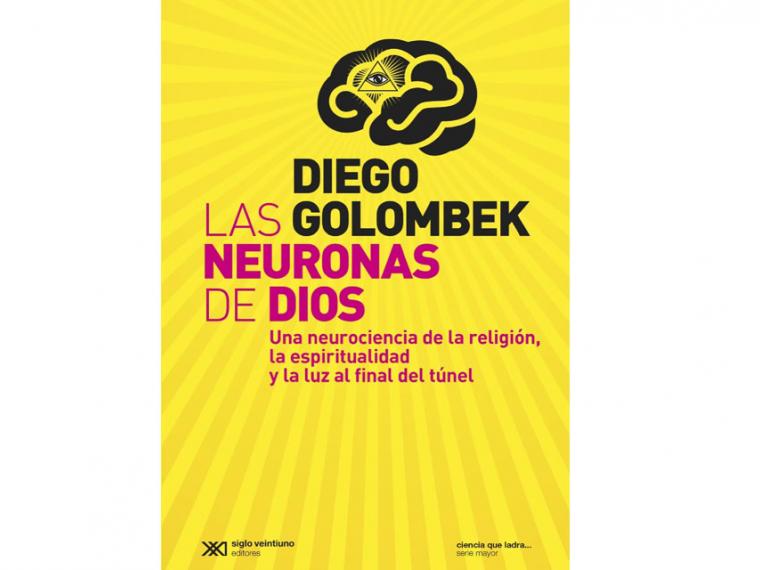 Why is it, that in the twenty-first century, most people still believe in something or someone higher, under the name of God, transcendental meditation, spirituality or the meaning of life? Golombek tries to give a scientific answer to this question, from a novel and interesting point of view. According to him, the key is biological evolution.

The Volkswagen Grand California, elevated to another level

How to see the constellations in the sky