The world of video games is one of the most powerful cultural and leisure industry sectors today. The great variety of titles launched each year, the hours and hours that complex stories and subplots offer and the popularity that have been gaining over the last few years have led to a second golden age and that the gamer culture has more and more followers. It may be because of this growth or because of the growing awareness, but the truth is that video games are increasingly accessible to all people.

In 2016 there was a huge Internet stir over the story of Terry Garrett, a young blind man who memorised the video game The Legend of Zelda: Ocarina of Time and managed to complete it without any help after five years of practice. For many, it was an example of the human being's ability to overcome and how important a video game can be in today's society. Cases like this one served to make people aware that those with motor or sensory problems had a great obstacle when it came to enjoying the world of video games, although that was not an impediment to try their luck.

Trying to reach a larger public or as part of the social commitment that large companies usually acquire, major companies and industry studies invest increasing efforts and resources to make video games available to anyone. Adapted controls, new systems designed ad hoc for specific cases that seek to solve certain limitations or reconsiderations of the videogame as we know it are some of the main lines of action that are being followed in the sector. But it doesn't end there, since the characters and purposes of the videogame can become an effective awareness tool with which to normalise situations, conditions or behaviours that society has not yet finished assimilating. Video games, as with other cultural elements, are capable of uniting us. These are some examples of inclusion in the world of video games and consoles. 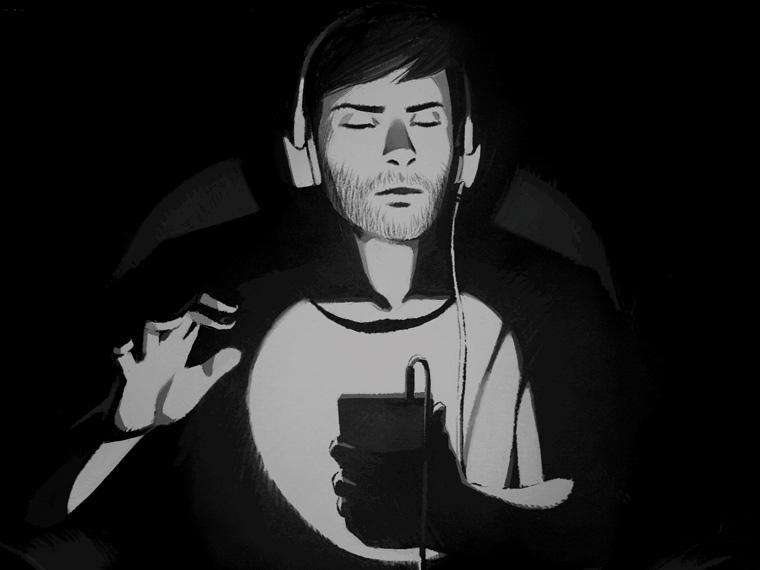 The visual aspect is one of the key components in most video games. Realistic graphics have reached limits where it is difficult to differentiate real images from video games. However, numerous studies have developed titles designed for blind people in which there are no graphics, but the story takes place in the dark and are the sounds and sensations that guide the player, getting really immersive experiences. 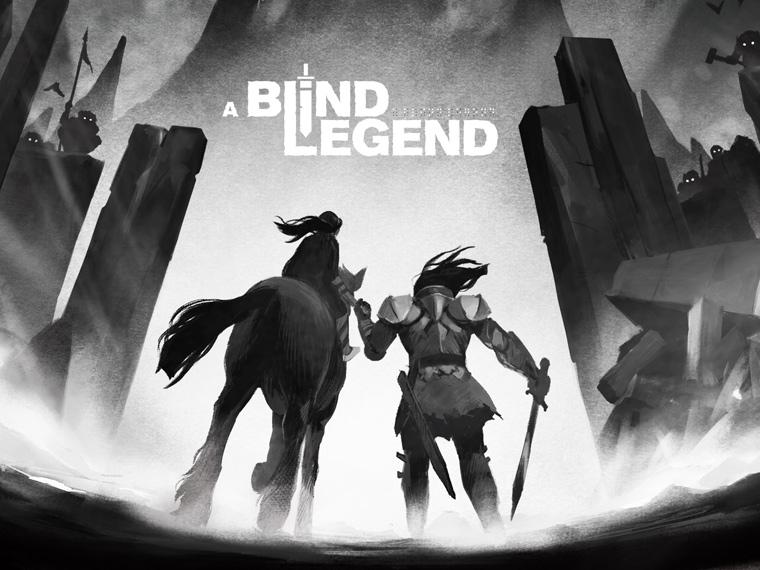 Made by the French team Dowino, A Blind Legend is a mobile game in which we put ourselves in the shoes of a blind gentleman. Our wife has been kidnapped by an evil king and we only have the voice of our daughter, our faithful horse and our sword to rescue her. A surround sound system allows the player to face a black screen and react with finger movements on the screen to ride, dodge obstacles or fight in intense duels. 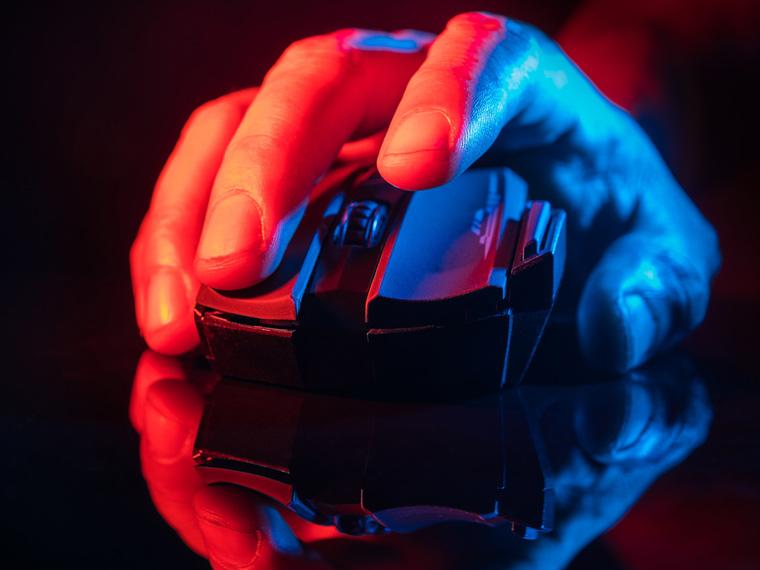 Games for the Deaf

Another key element in video games is sound. We're not just talking about music and effects that help introduce you to the story, but all sorts of stimuli that make the player react or prepare for new dangers. Titles like Portal, a popular logic and platform game, have a complete subtitle system that includes dialogues, musical changes, effects and even the slightest sound produced in the game. 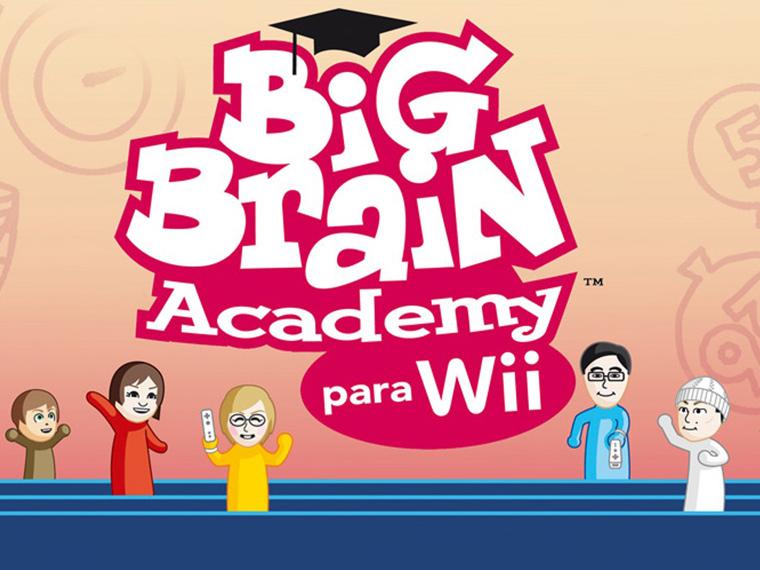 Video games aren't just intense first-person combat and racing at full speed. There are a variety of titles whose main challenge is not a final boss, but a puzzle. Games designed to improve reflexes, attention, memory and cognitive abilities are increasingly common among older people due to the improvements they bring to these fields. An update to the classic sudoku. 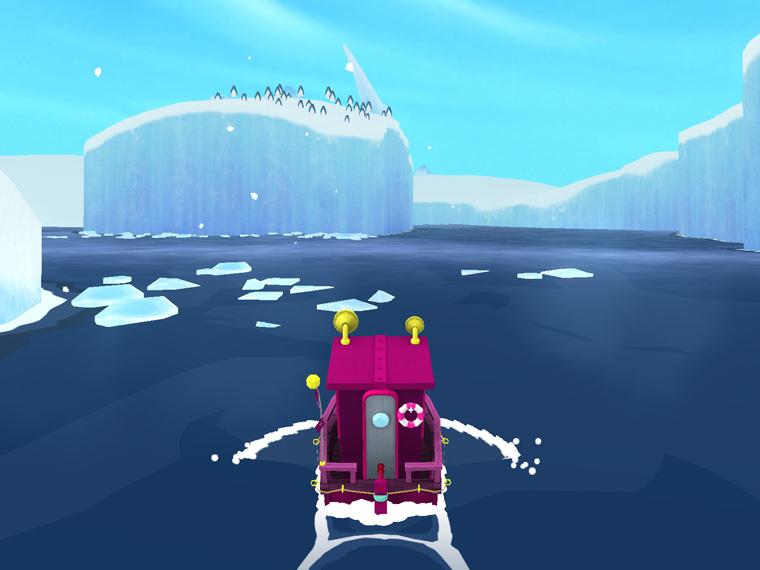 In 2007, the State Reference Centre of Alzheimer in Salamanca began to use the video game Big Brain Academy (2007) to treat cases of dementia and Alzheimer's because its use was able to delay the deterioration resulting from these problems. In 2017, a virtual reality game called Sea Hero Quest expanded this premise by allowing specialists, through the observation of patients playing, to make a first diagnosis of Alzheimer's disease. 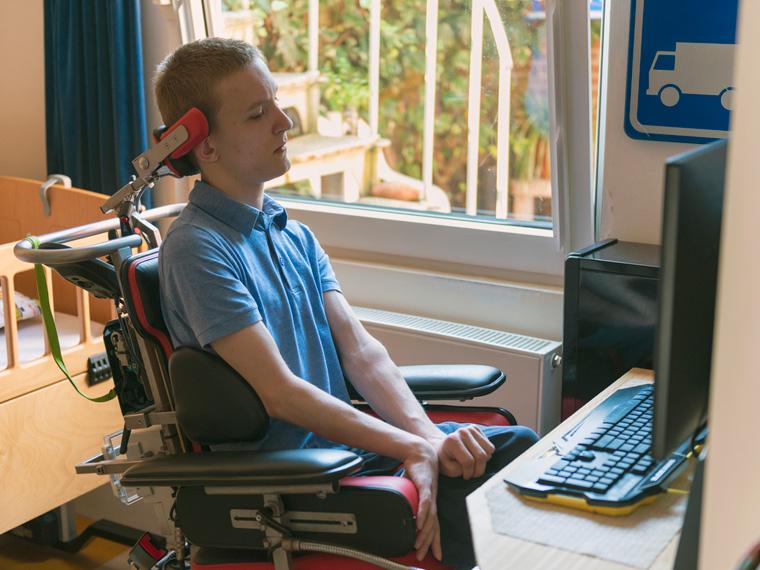 Games for people with mobility problems

Video games require a controller to perform commands and advance the story. Although these are generally designed for people with full mobility, more and more designs are being made that allow people with mobility problems to enjoy the gamer world. An example would be the guitar that accompanied the video game Guitar Hero, whose design allowed people with spina bifida to improve hand mobility based on practice. 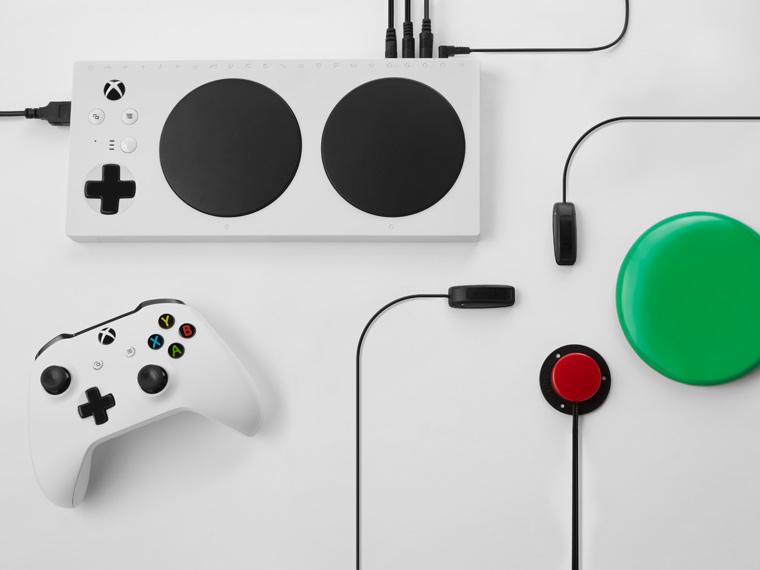 Microsoft has launched a whole range of features to make it easier for people with limited mobility to play their titles. Xbox Adaptive Controller is a system of programmable devices (joysticks, buttons, external supports and switches) that together function as a classic controller and whose variety of options allows it to be a valid means for practically any case. This is one of the greatest advances in inclusion in the world of video games. 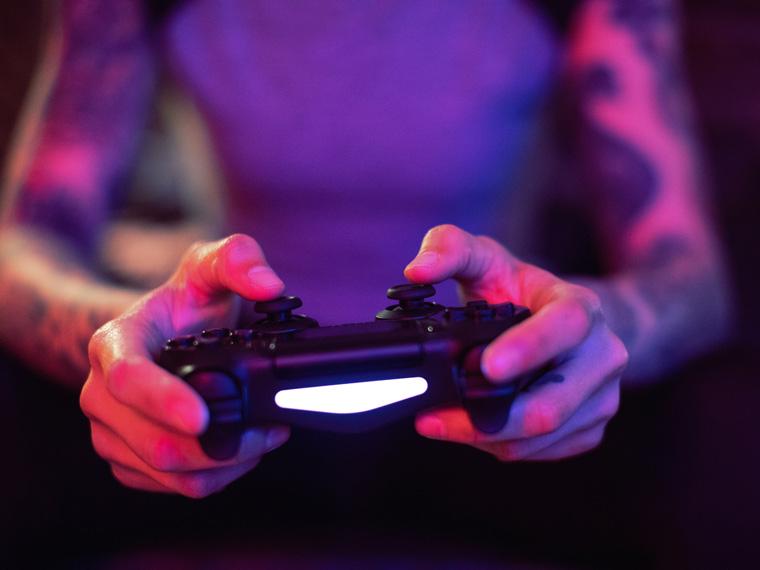 The human mind in video games

Psychological problems such as anxiety or depression continue to be considered taboo by much of society. Video games have become an awareness tool that gives visibility to this reality. The indie games, which usually have a simple and careful aspect and a greater sensitivity, present titles that go deeper into it. 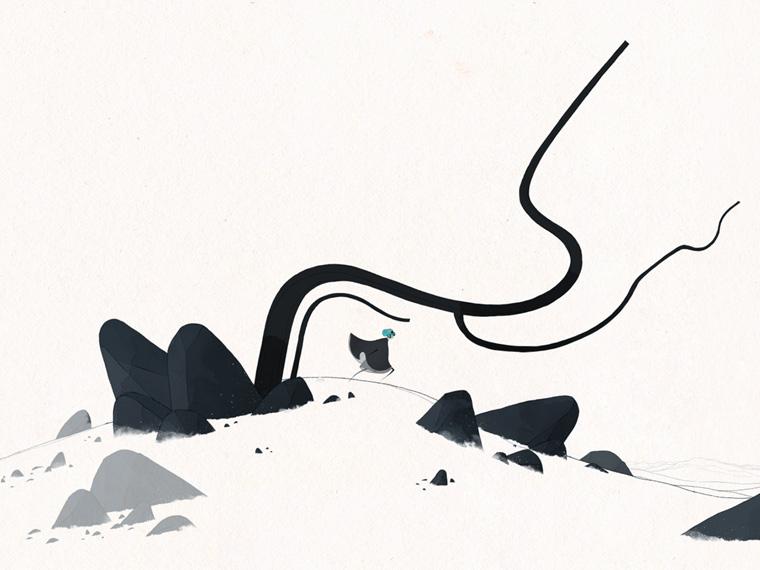 This work of art (because it has no other name) by Nomada Studio and illustrator Conrad Roset is a clear example. With its own style and simplicity, GRIS poses a journey to the confines of depression in which the player will grow while his character learns to see the colour of life again. A reflection on feelings painted in watercolour. 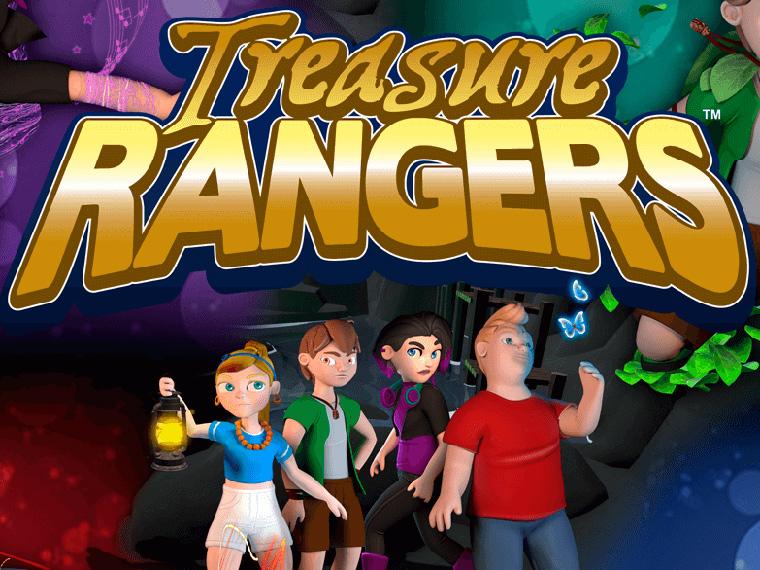 This project carried out by SIE Spain in collaboration with the Autism Confederation of Spain presents us with an adventure of platforms and exploration in which we will have to combine the different abilities of four friends, one of whom is a person with autism spectrum disorder (ASD). In contrast to the usual representation of people with ASD in the cultural world, this young person presents a lack of verbal communication and difficulties in processing sensory stimuli. Each character is just as important and necessary as the others, so it will be necessary to combine them and work as a team to complete the story. 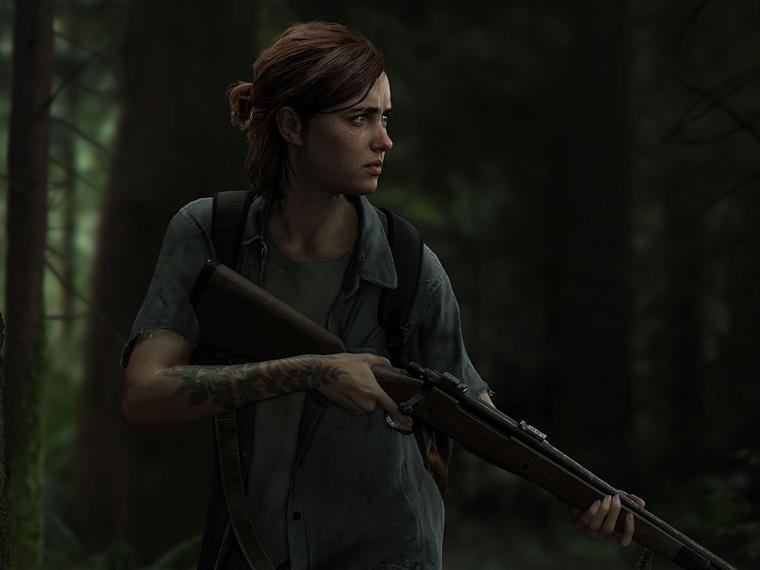 For years, video games were, and the commercials of the 80s prove it, entertainment for kids. They were mostly aimed at a male audience and it took a few years for that invisible barrier to break down. The appearance of more and more female characters served to attract many girls who were not reflected in the supply of video games. 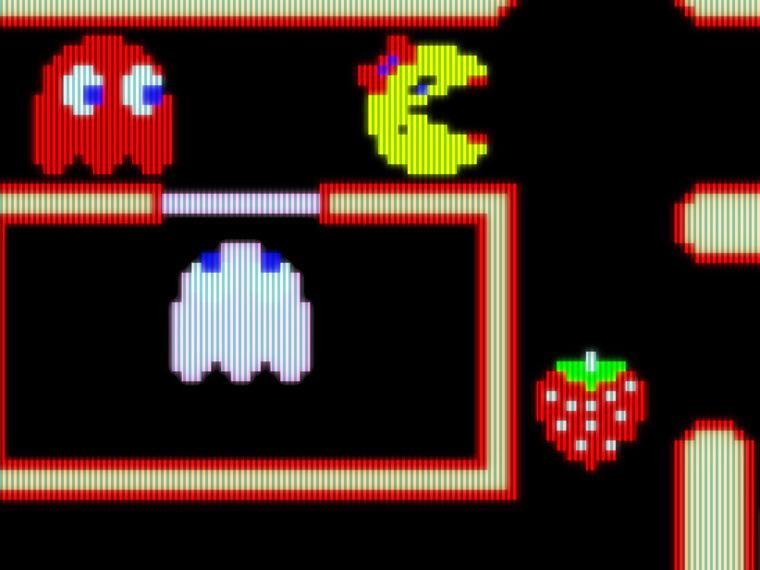 In 1981, Ms. Pac-Man became one of the most played video games of the year. The formula used was practically identical to that of the original Pac-Man, except for a few tiny updates, and the biggest change was the pink ribbon over the head of the Pac-Man. Although it is probably one of the most important female characters of her time, the representation that was made of her in the arcade machines presented her as a woman with long legs with heels, a lot of make-up and suggestive posture that was pursued by ghosts. Ms. Pac-Man had an important sexual charge that didn't fit into the concept of the adorable yellow ball she should be. 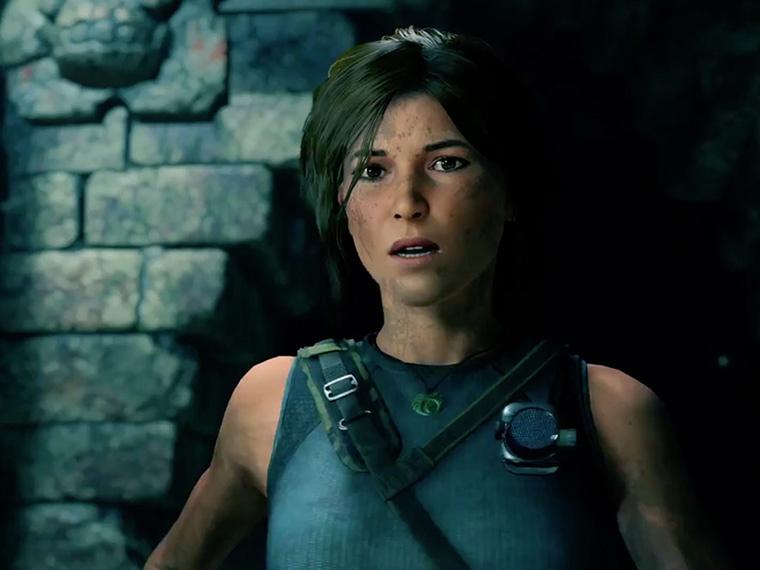 An example that has been updated to the new times. The protagonist of Tomb Raider was an independent woman able to shoot better than any male character and to come out alive from very complicated situations. Although the first games of the saga sexualised her shamelessly, her image was cleaned up in 2013 to maintain her personality badass but eliminate the exaggerated sexuality of the first editions. 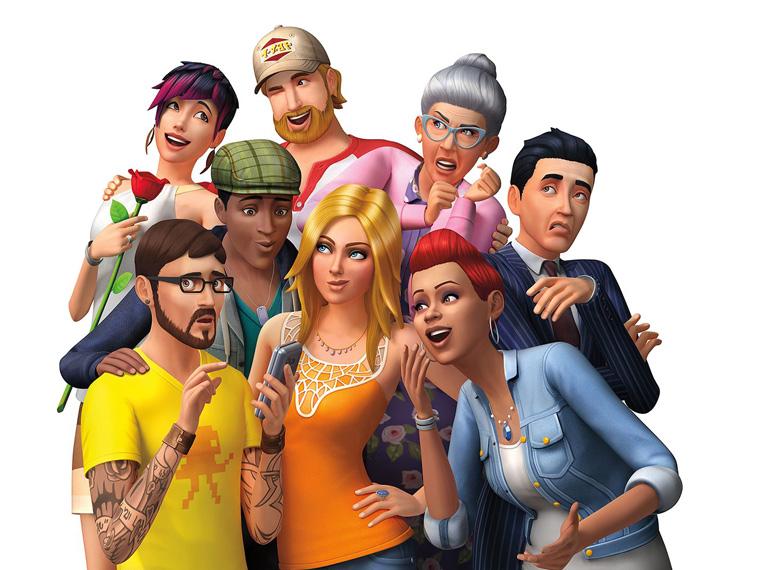 The Sims and the gender issue

The Sims is a simulation game in which players can create avatars and make them live the way they want: dream jobs, mansions with swimming pools, love affairs everywhere... From their first installment, these titles allowed you to create characters that were male or female but this changed in The Sims 4 (2016), which added the option to create transsexual characters to the taste of the player.

Love is a recurrent element in the plots of many video games and usually brings a certain sentimental complexity to the story. In recent years, not only have more LGTBi characters been found in video games, but the possibility of players being able to choose who they want their romantic interest to be during the game has become more popular, regardless of the sex of the game.

The best drives in the world