Dogs and humans have been best friends for thousands of years. Thanks to science we discovered that dogs lived regularly with humans about 10,000 years ago, and that even dogs and people were buried together 14,000 years ago. And for even longer, perhaps hundreds of thousands of years, humans walked alongside the ancestor of the domestic dog, an extinct species of wolf.

Dogs and wolves are part of a large taxonomic family called Canidae, which also includes coyotes, foxes and jackals, according to the Integrated Taxonomic Information System. The members of this family are called canids. Domestic dogs are a subspecies called Canis lupus familiaris, which have an average life of 10 to 13 years and a sleep period of about 12-14 hours (in its adult stage).

The Canidae family includes 14 genera and 34 species, according to the University of Michigan, United States, Web of Animal Diversity. With such a variety of dogs, it is easy to see why there are so many different sizes of dogs. According to the University of Edinburgh (Scotland), the smallest canid is the fox Fennec. It is barely 24 centimeters tall and does not reach the kilogram of weight. On the opposite side, the largest canid is the grey wolf, 1.5 meters long without counting the tail.

Females typically weigh between 27 and 45 kilograms and males between 31 and 65 kilograms, according to the National Wildlife Federation.

Let us know more scientific curiosities about them. 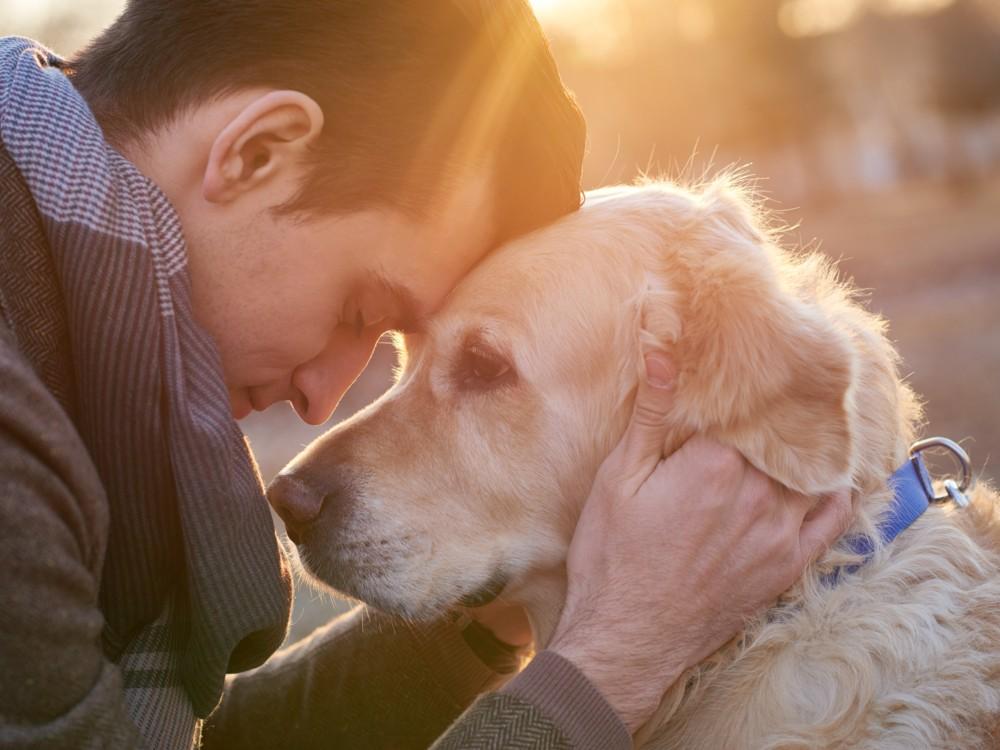 Dogs have been with humans for at least 15,000 years and, according to research from the University of Linköping (Sweden), the origin of this friendship with its attendant social skills has a genetic basis. Experts identified five related genes that in humans are linked to behavioral disorders, such as autism or schizophrenia. 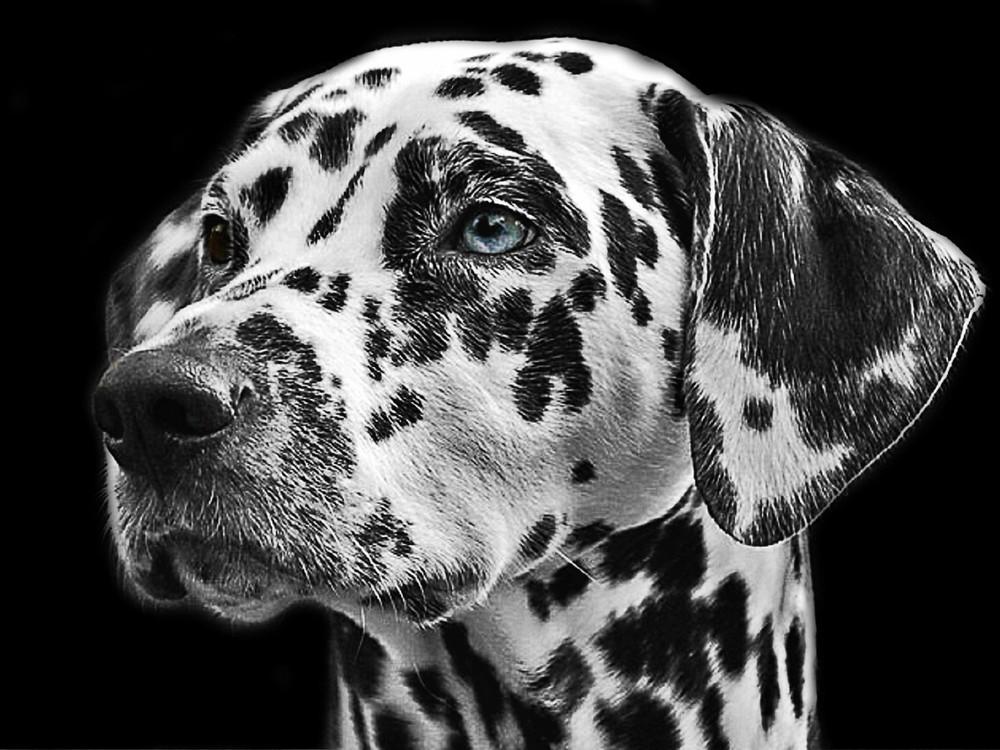 The origin of dog-human friendship

A study by the University of Lincoln (UK) and the University of Sao Paulo (Brazil) showed that dogs are able to interpret our moods, because during the experiment with 17 dogs, They had no time to familiarize themselves with the chosen humans, but responded to an association of emotional signals without this conditioning factor. It is an ability of the animal’s own, probably motivated by the long relationship with human beings for centuries. 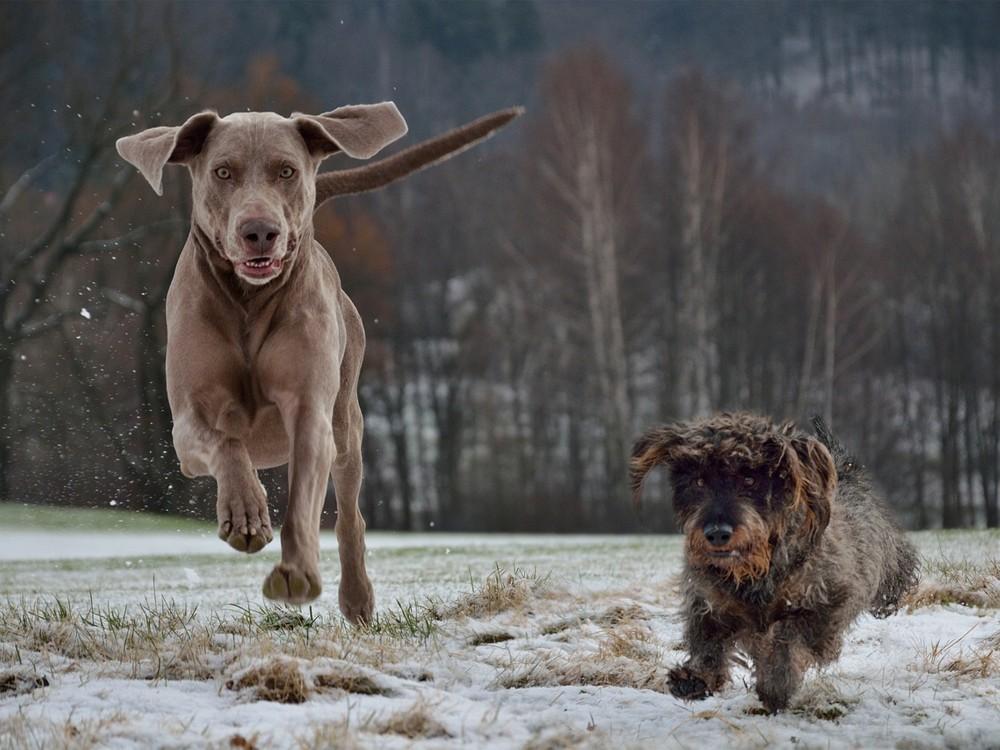 According to a study by the University of British Columbia in Vancouver, Canada, dogs are able to distinguish more than 160 words, some even up to 200. They are also able to recognize the signs. The most intelligent canine race is undoubtedly that of the Border collie (origin Scotland, England). In addition, dogs can intonation of the human voice through brain regions similar to ours. 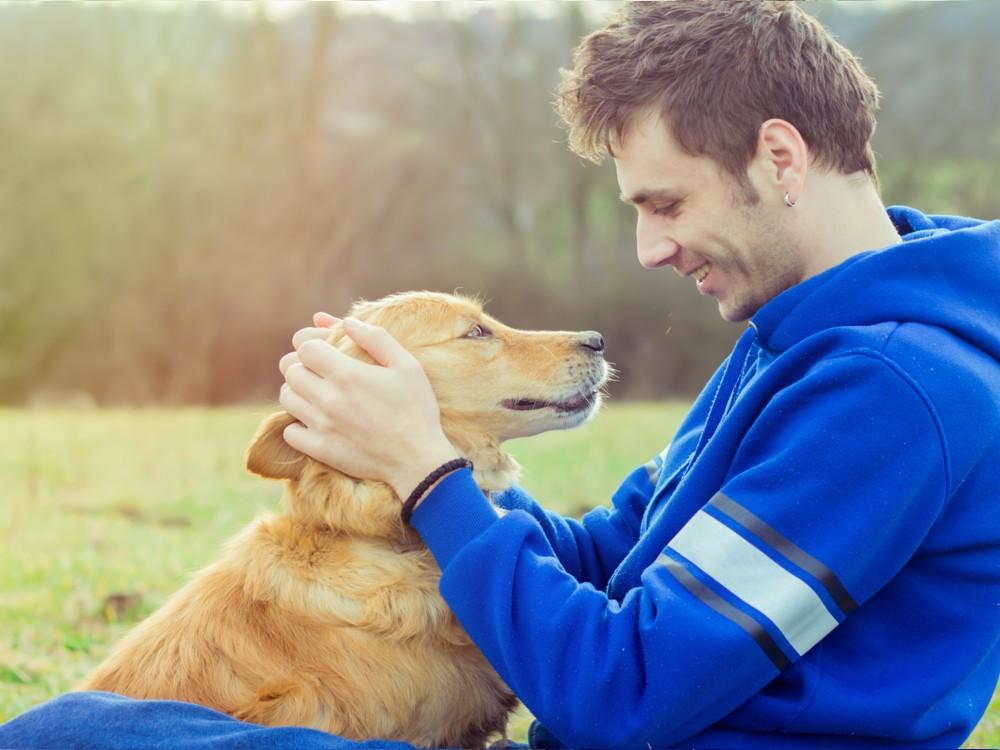 How many words can a dog understand?

According to a study by the University of British Columbia in Vancouver, Canada, dogs are able to distinguish more than 160 words, some even up to 200. They are also able to recognize the signs. The most intelligent canine race is undoubtedly that of the Border collie (origin Scotland, England). In addition, dogs can intonation of the human voice through brain regions similar to ours. 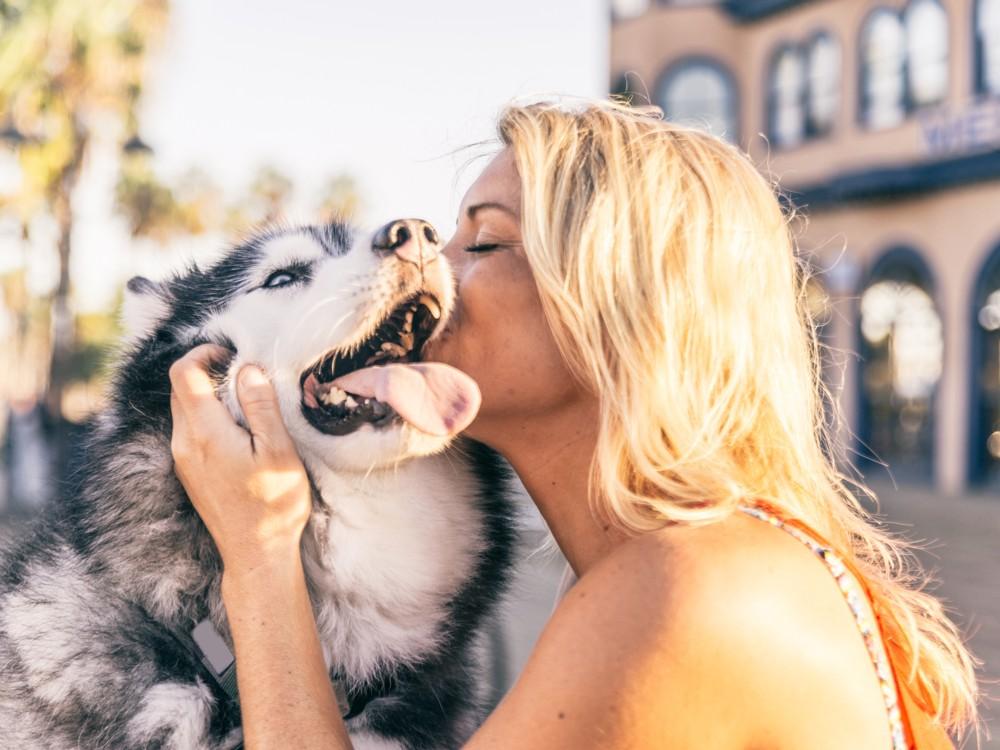 The bond between a dog and its owner is similar to that of a mother with her child. This was determined by a team of scientists from the Department of Animal Science and Biotechnology at Azabu University, Japan. The study, published in the magazine Science, showed that the love hormone (oxytocin) is the one that has created a connection as strong as that created at the biological level between parents and children. 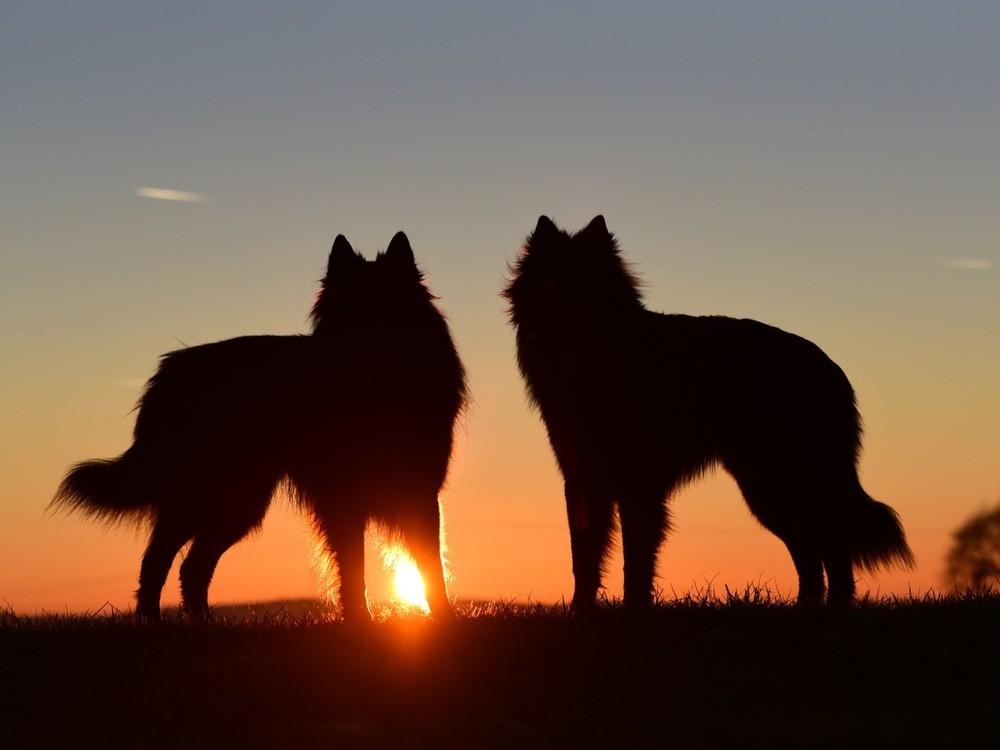 Dogs are the only mammals in the world that suffer from communicable cancer (along with the Tasmanian demon). The cancer that dogs suffer is spread during mating and one of its consequences is through the deformation of the genitals. This tumor can affect dogs all over the world and thanks to a genetic study scientists discovered that the speed and distance with which this cancer was spread suggests that dogs were usually traveling by sea together with humans. 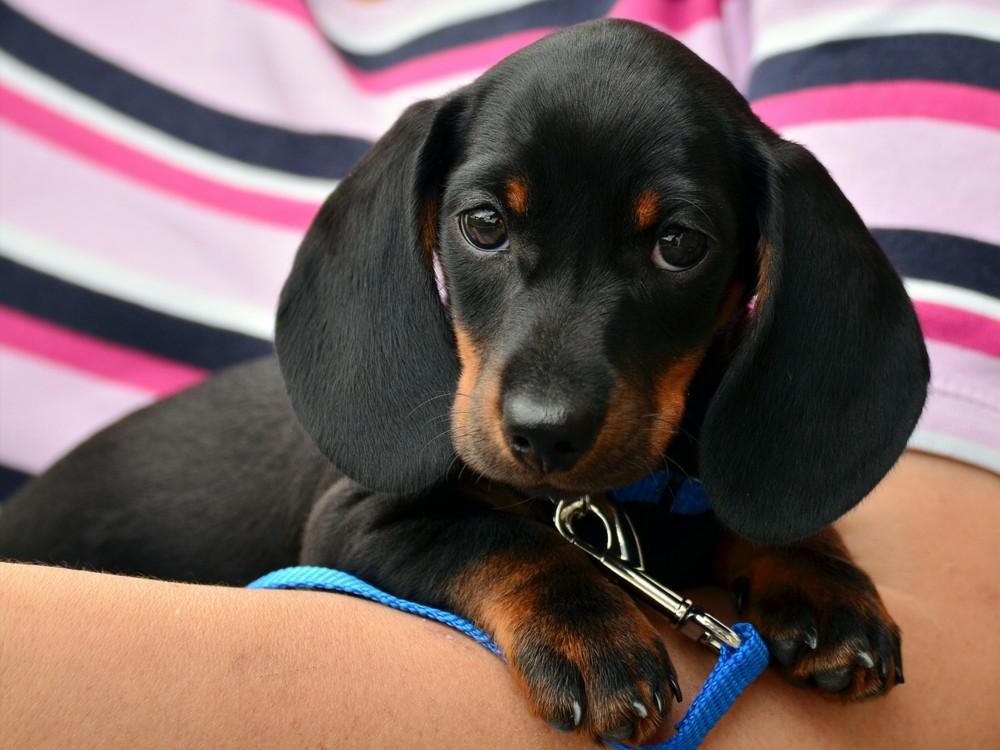 The depression of dogs

Although dogs generally look like happy, happy and carefree beings, a study published in the magazine Current Biology concluded that some dogs are pessimistic by nature (and others have a much more jovial temperament, of course). So dogs can be pessimistic. Their reactions: they worry, bark, behave badly, whine, wander around... fearing that they were abandoned when we left them alone. 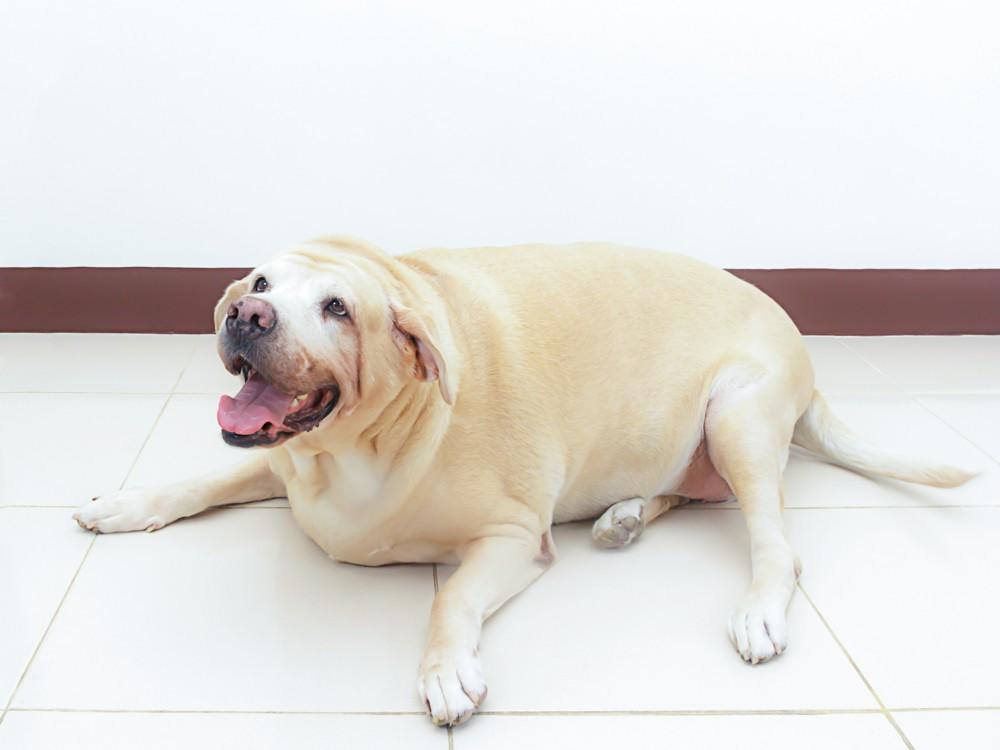 A research carried out by a scientific team led by the University of Cambridge (England) and published in the magazine Cell Metabolism, discovered a gene associated with canine obesity; That is, the obesity of Labradors is due to a mutation in the POMC gene, which links their obsession with food to a biological reason. 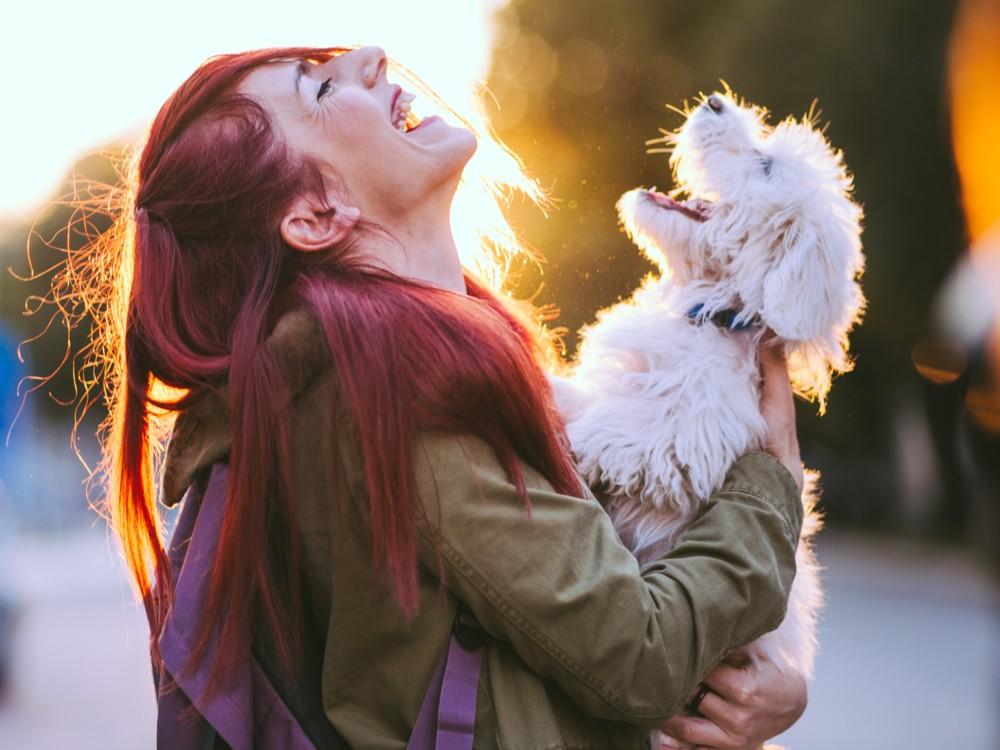 Dog’s brains are bigger than cat’s brains because of their sociability. There is a link between the size of the brain and the degree of sociability of a particular mammal and, in the case of dogs, its brain increased the size of its gray matter over time. The brains that have grown the most in the course of evolution have been monkeys, horses, dolphins, camels and dogs. Thus, the brain of cats is much smaller because of its solitary and independent character. 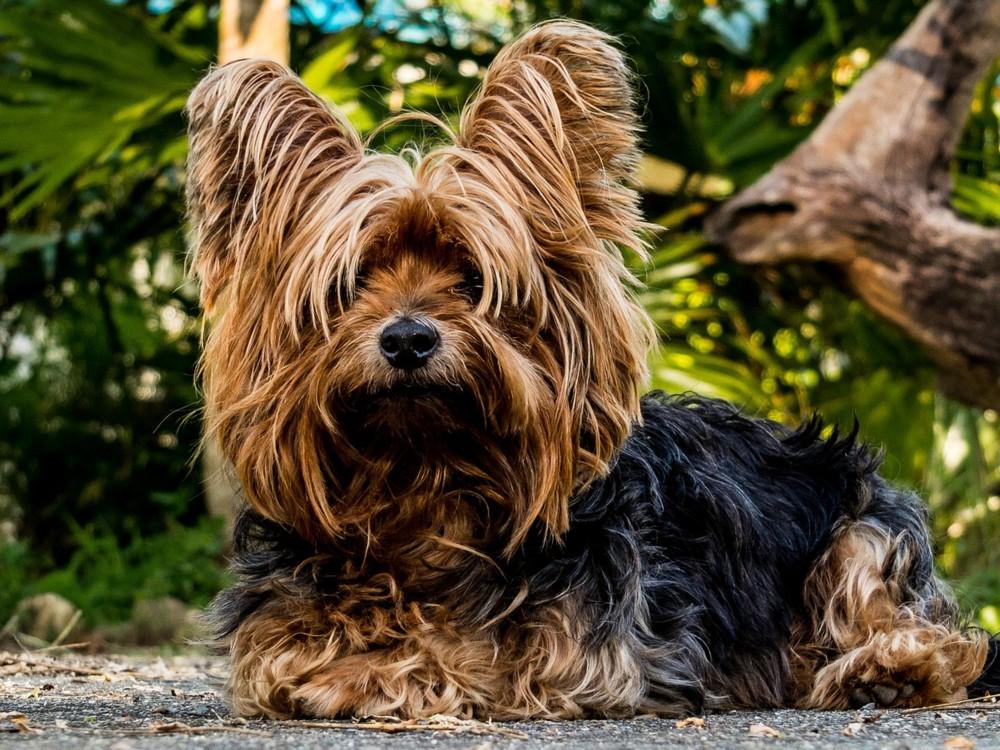 It's a question of size

Races of the inseparable companion of man exist many (more than 800 varieties) and their size, shape and fur are very diverse depending on the race. In terms of size, the smallest is the Chihuahua (a breed native to Mexico) and the largest, the Great Dane (a breed native to Germany). If we aim for weight, the heaviest dog is the San Bernardo (breed native to the Swiss Alps), as it can weigh up to 120 kilos. The English Mastiff or the Grand Ganés are also among the heaviest and heaviest dogs. 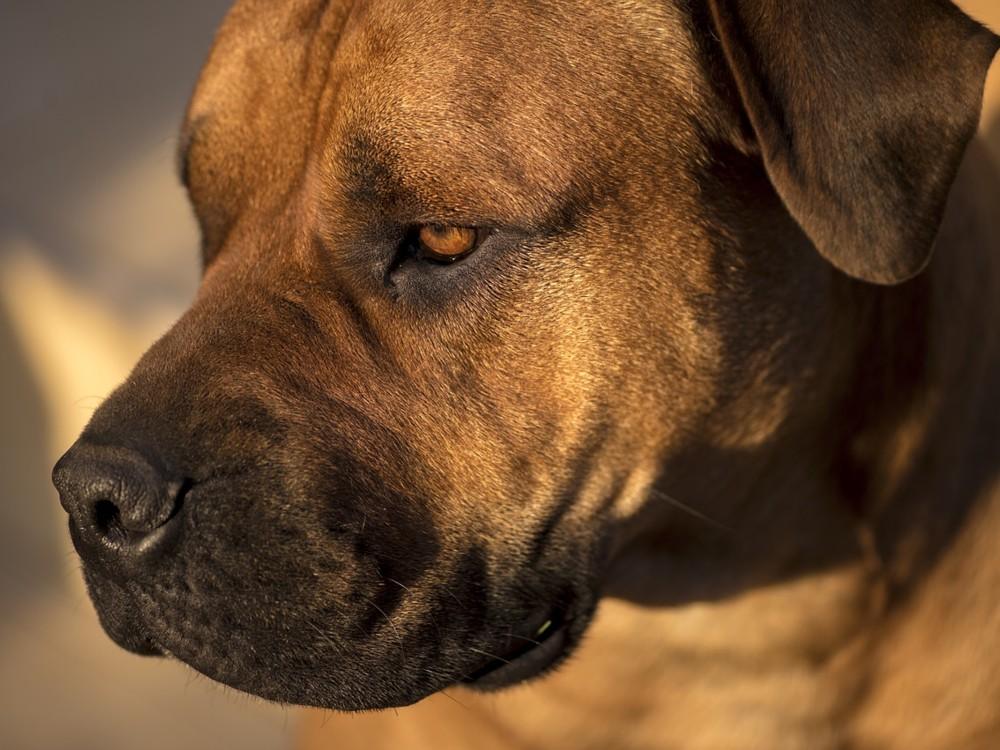 How do dogs see? Dogs have a much better night vision than humans. They have a structure called tapetum lucidum in the back of the eye that is able to reflect light for better night vision. With regard to their hearing, dogs are able to hear sounds at a distance of up to 225 meters, although this does not happen for a lifetime. Newborns are unable to see or hear anything: they only eat (10% of the time) and sleep (90% of the time remaining). 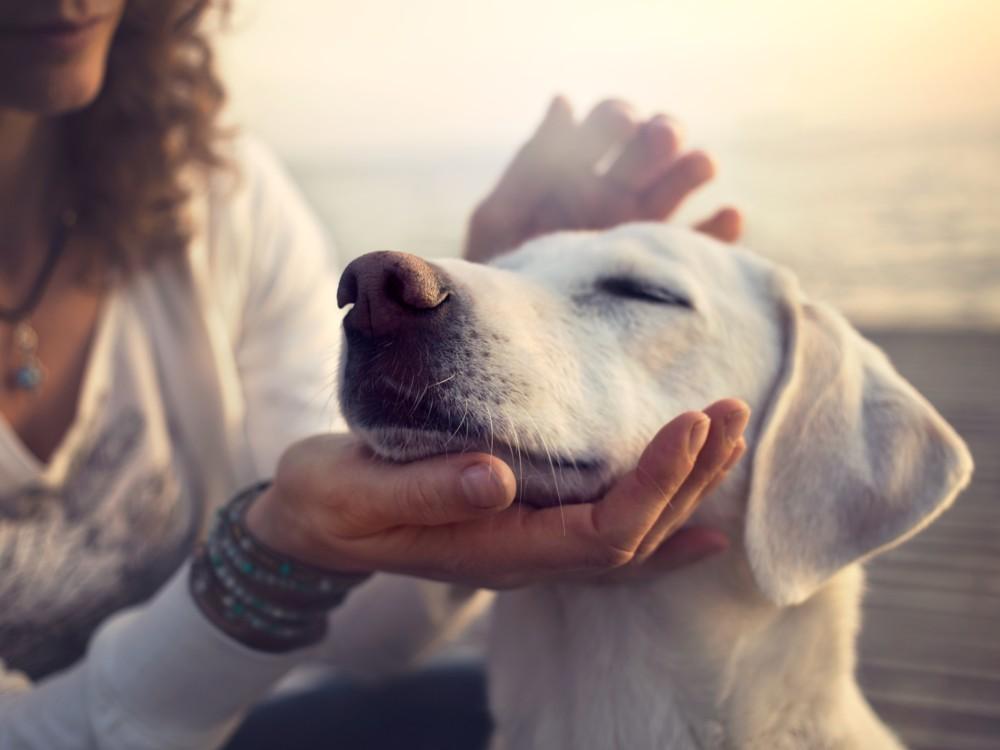 Caresses are better! This is the conclusion reached by a study published in the magazine Social Cognitive and Affective Neuroscience, which showed that most dogs prefer to receive a caress from their owners to a piece of sausage, or what is the same, to food. In the experiment, activity in the brain area involved in decision-making and rewards was much higher when dogs were petted, compared to when they received the sausage. 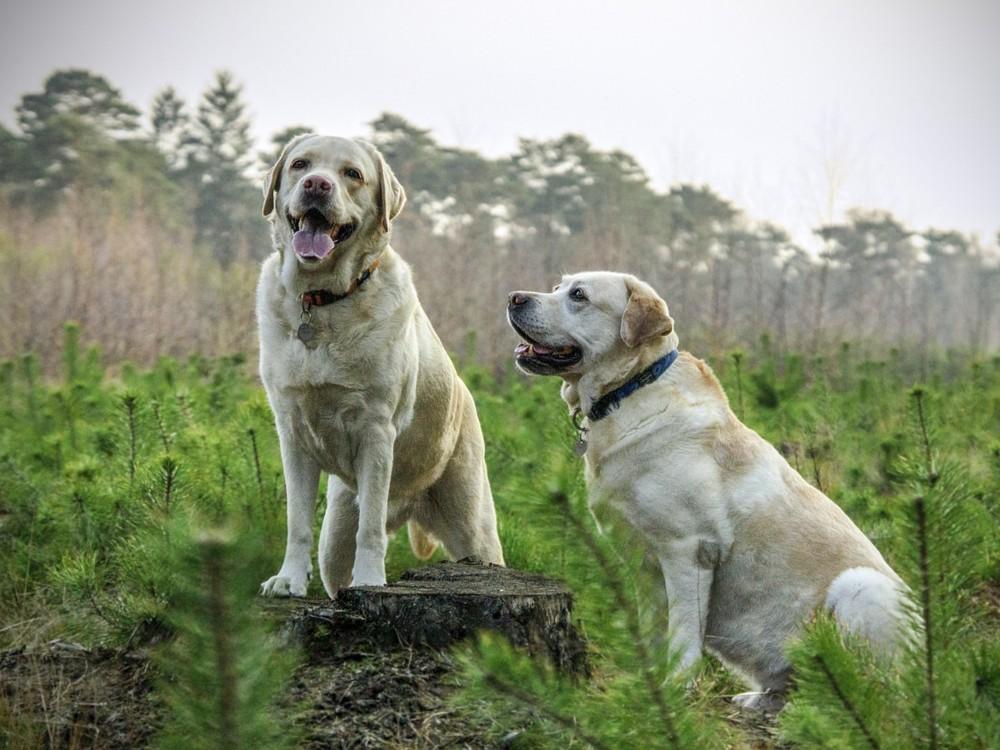 It’s a question of the genes

We’ve heard it a thousand times. This phrase must be placed for the first time on September 23, 1870 and its author was lawyer George Graham Vest who used it during a trial in which he had been hired to represent a client whose dog had been murdered by a farmer next door, Leonidas Hornsby. The dog’s owner was asking for $150 compensation. After the lawyer’s statement, the jury unanimously decided to punish Hornsby with a fine of $550 (much more than the legal limit). 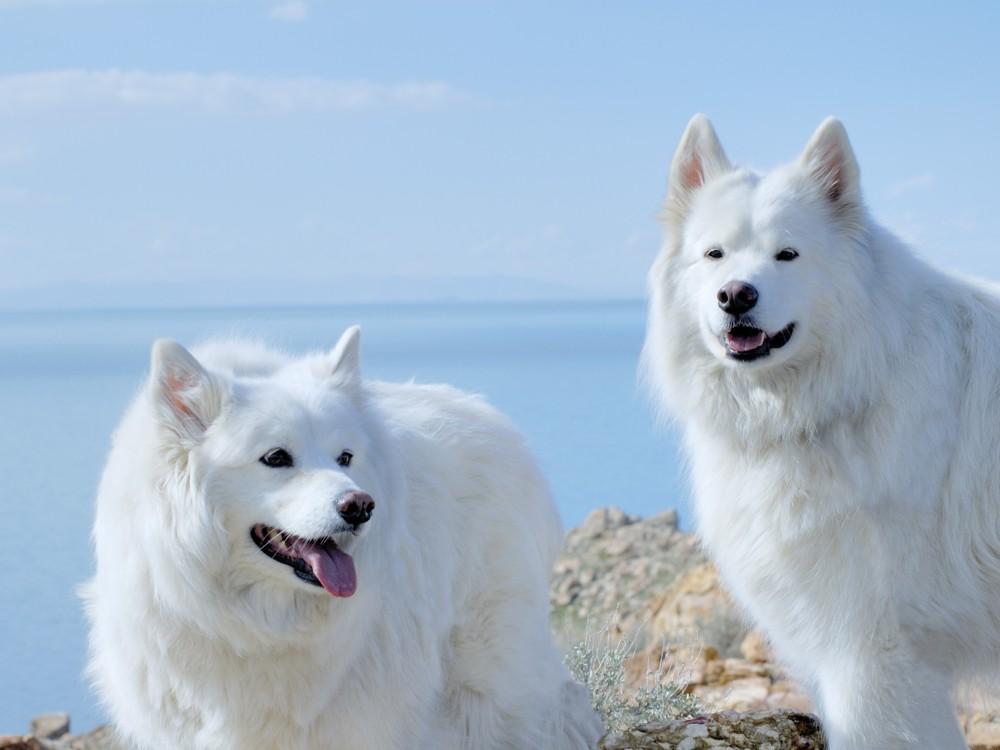 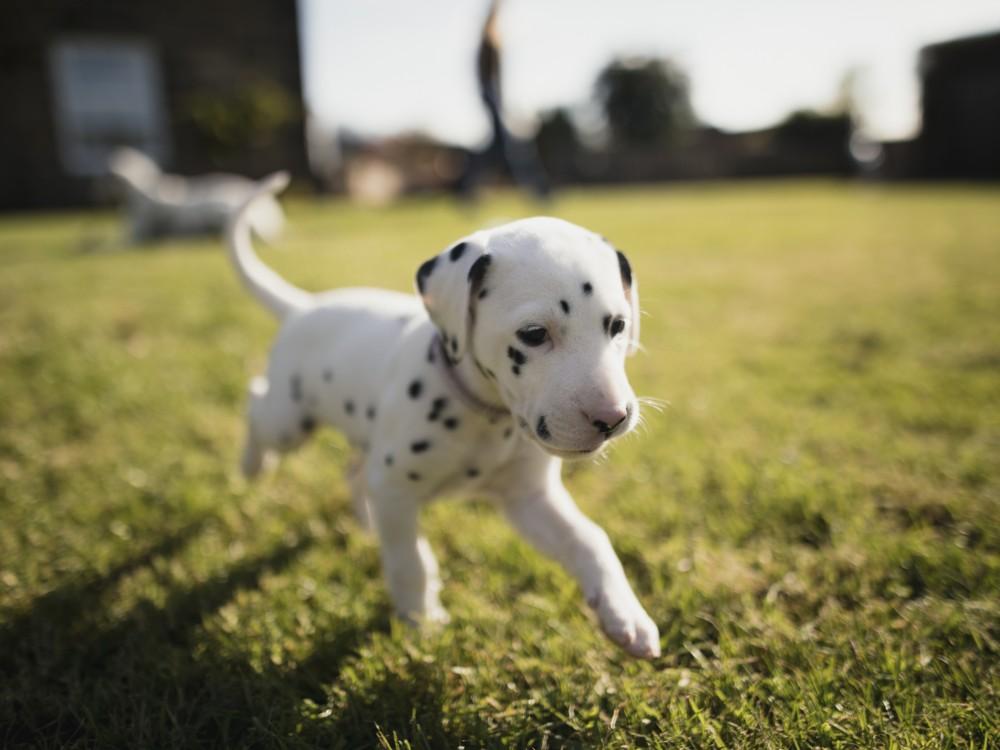 Habits of the canids

Canids are social animals and travel in groups. However, they are very territorial and mark their territory with 'aromatic brands'. Even domesticated dogs mark their gardens leaving their scent on trees, shrubs and objects. Jackals are a little less social and usually travel in pairs, according to the African Wildlife Foundation. Males and females mate for life, which is very rare in mammals. 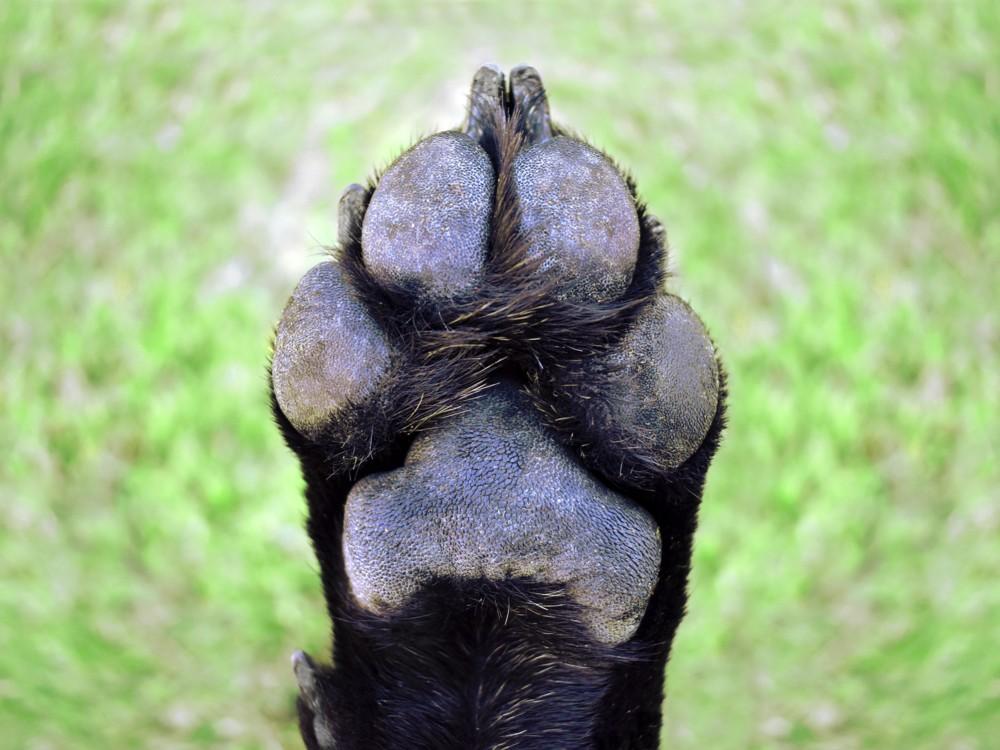 Contrary to popular belief, wolves, foxes and other canids do not howl at the Moon. In fact, they are howling at each other as a form of communication. Dogs also howl, whine, bark, and grunt to communicate. 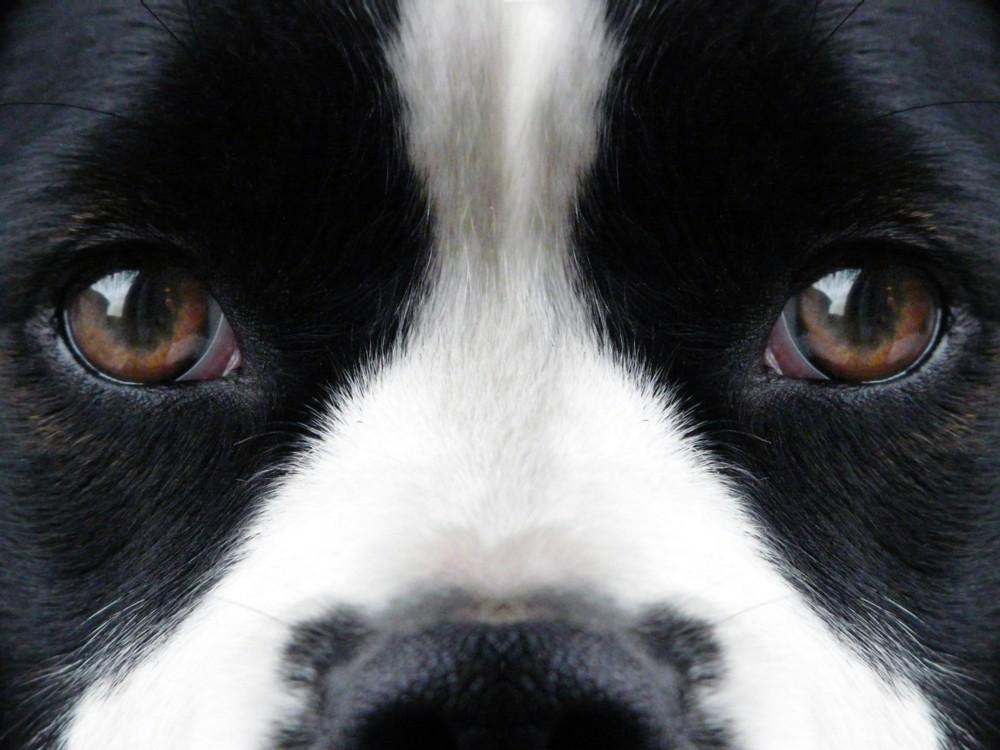 Do dogs only see in black and white?

It’s a myth that domesticated dogs only see black and white. They are actually color-blind red-green, according to a small Italian study conducted in 2017 with 16 dogs. So, to train our dog in the garden it is better to use a blue and not red ball, for example. The researcher Marcello Siniscalchi, a professor of the veterinary department at the University of Bari, Italy, believes that this problem with colors is due to the fact that dogs have evolved from creatures that hunted during the sunset and dawn, which does not require color vision. 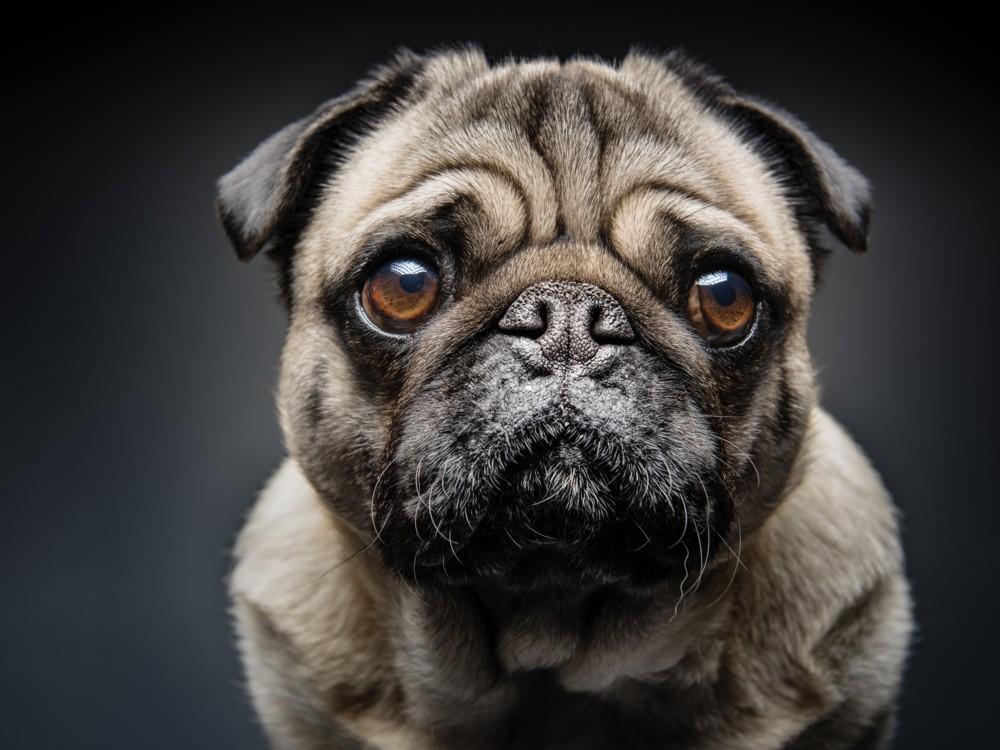 Domestic dogs are also very expressive in their facial expressions, particularly when they receive attention from humans, according to a 2017 study published in the magazine Scientific Reports. "The findings seem to support the evidence that dogs are sensitive to human attention and that their expressions are potentially active attempts at communication, not mere emotional displays," says Juliane Kaminski, senior professor of psychology and leader of the Dog Cognition Center at the University of Portsmouth in England and co-author of the paper. “Domestic dogs have a unique history: they have lived with humans for 30,000 years, and during that time, selection pressures seem to have influenced dogs' ability to communicate with us.” 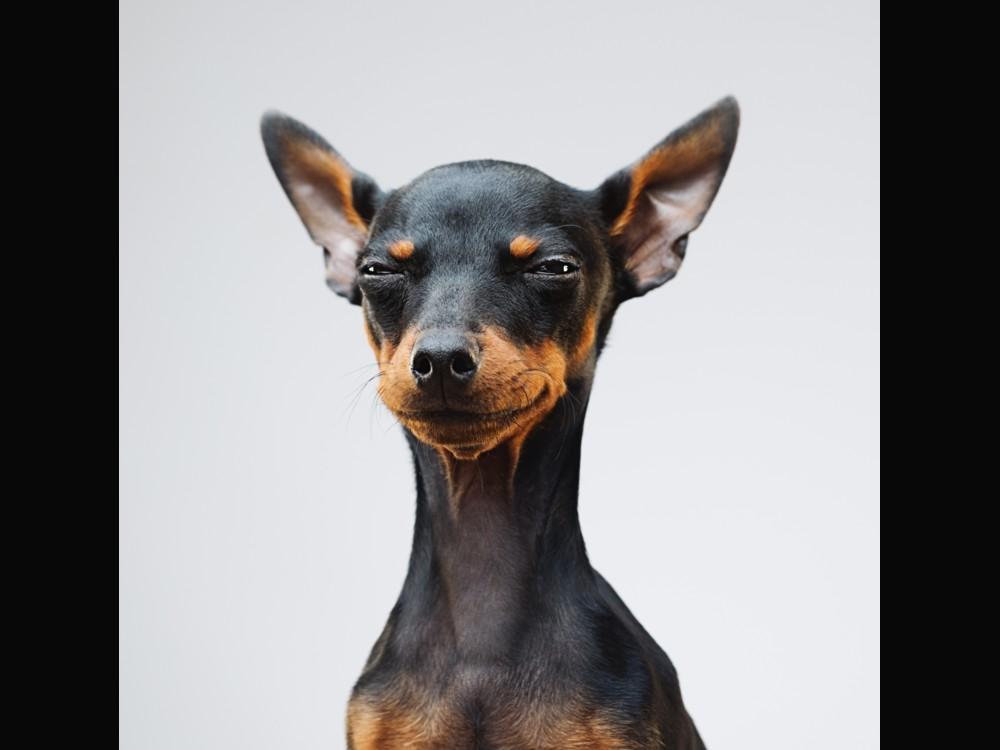 Dogs also have well-developed molars for meat, upper and lower teeth that are paired and have flat edges that allow them to self-aggregate when they pass over each other. 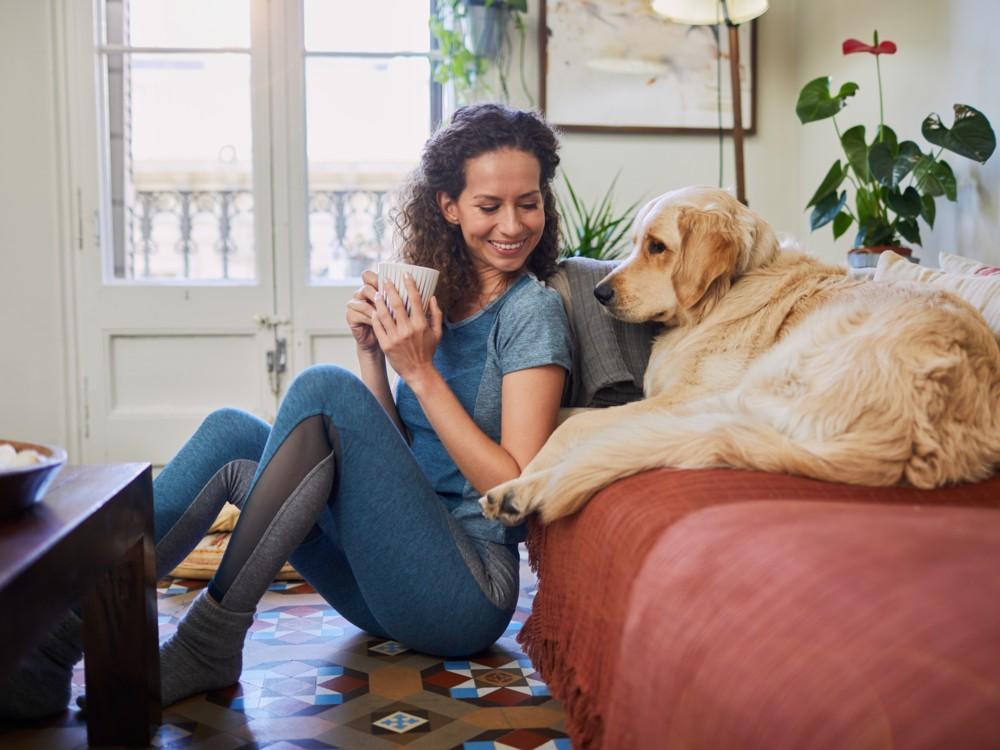 All members of the Canidae family have offspring after a gestation period of 45 to 55 days. Canines usually have many babies at once. Domestic dogs can have up to 15 pups, called puppies, at the same time. Other species are less prolific. For example, gray foxes have one to seven offspring per year, according to the University of Illinois at Urbana-Champaign. 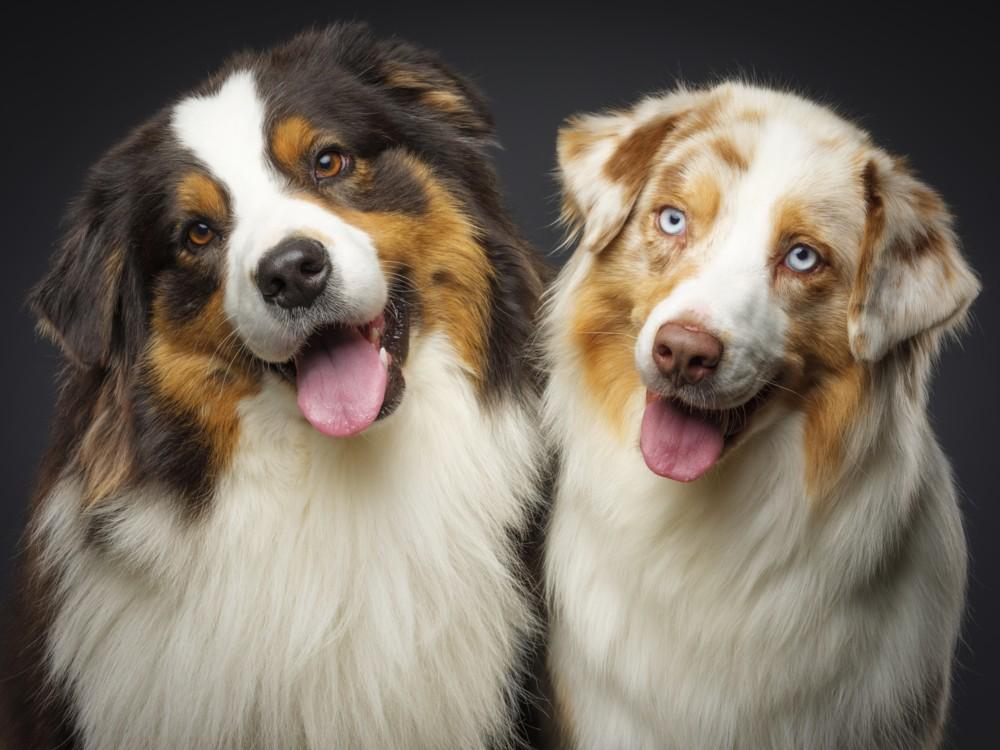 The International Union for Conservation of Nature (IUCN) has many canids on its Red List of Threatened Species. The short-eared fox (Atelocynus microtis), the crin wolf (Chrysocyon brachyurus), the Sechura fox (Lycalopex sechurae) are almost threatened (mainly due to small geographical extent and habitat loss), the grey fox of the islands (Urocyon littoralis) and the deer dog (Speothos venaticus) 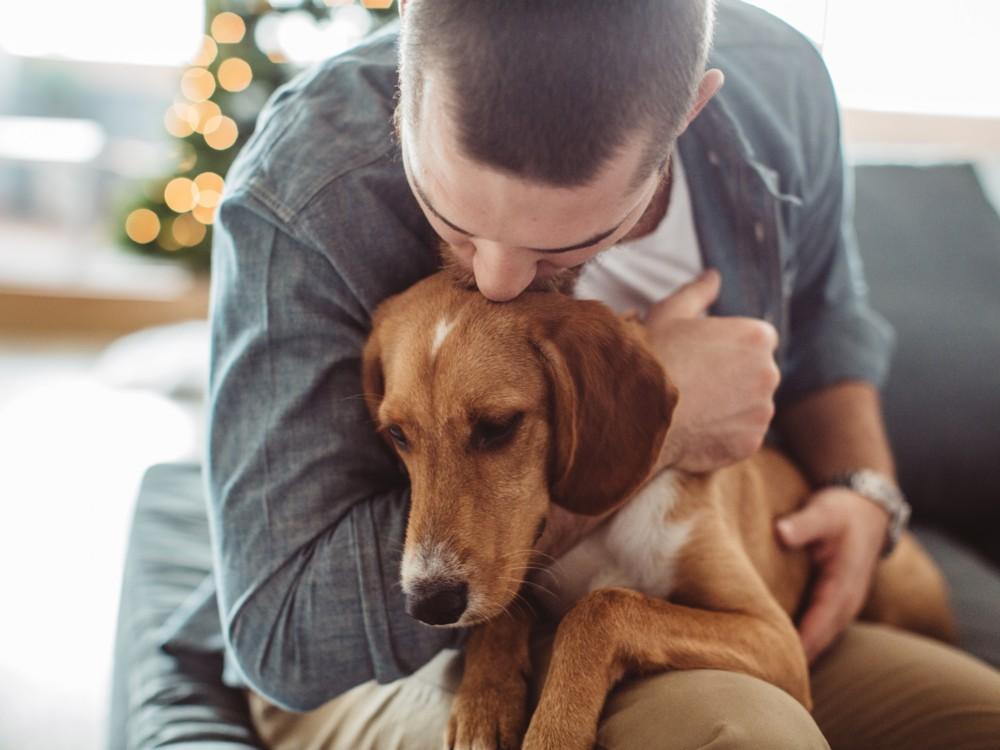 In danger of extinction

The Darwin fox (Lycalopex fulvipes), lycaon pictus (Lycaon pictus), the red guinea pig (Cuon alpinus) and the Ethiopian wolf (Canis simensis) are in danger of extinction. The red wolf (Canis rufus) is in critical danger. The species was extinct in nature in 1980, and now exists only in a reintroduced population in eastern North Carolina. The total population is less than 150 individuals and no more than 50 adults. The wolf of the Malvinas or guará (Dusicyon australis) has been extinct since 1876. 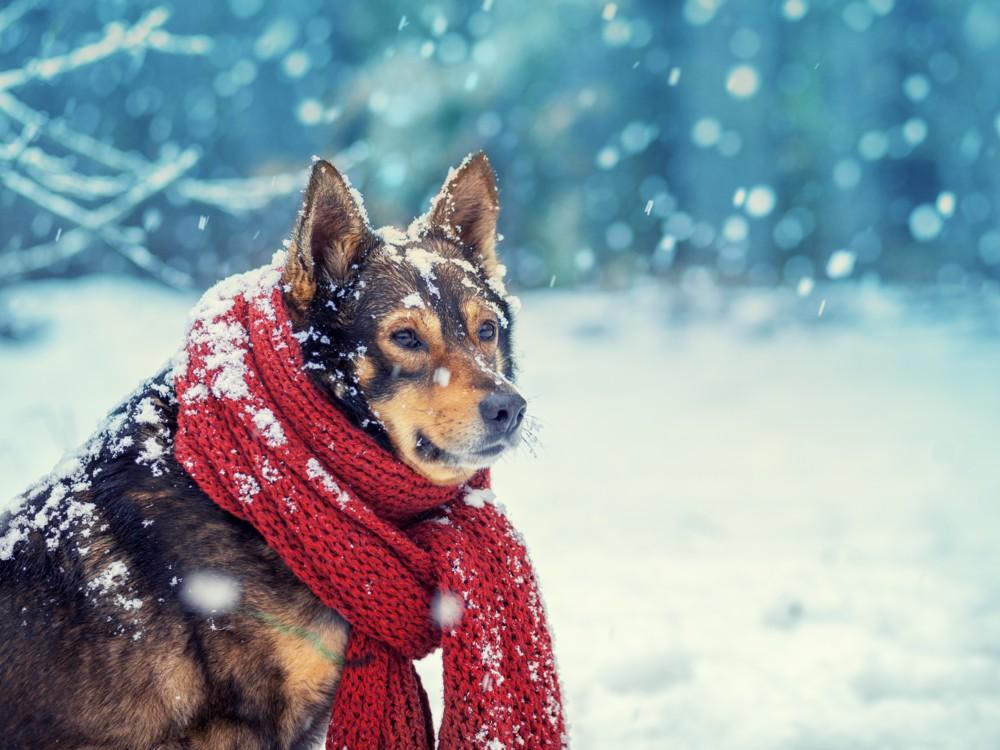 The shelf life of a canid varies, depending on what type it is. Wolves, coyotes, jackals and domestic dogs live 10 years or more. Vulpes, or foxes, live for about five years. Coyotes are scavengers and eat almost anything. Their diet includes insects, garbage, deer, rodents and snakes. They are also very fast runners. 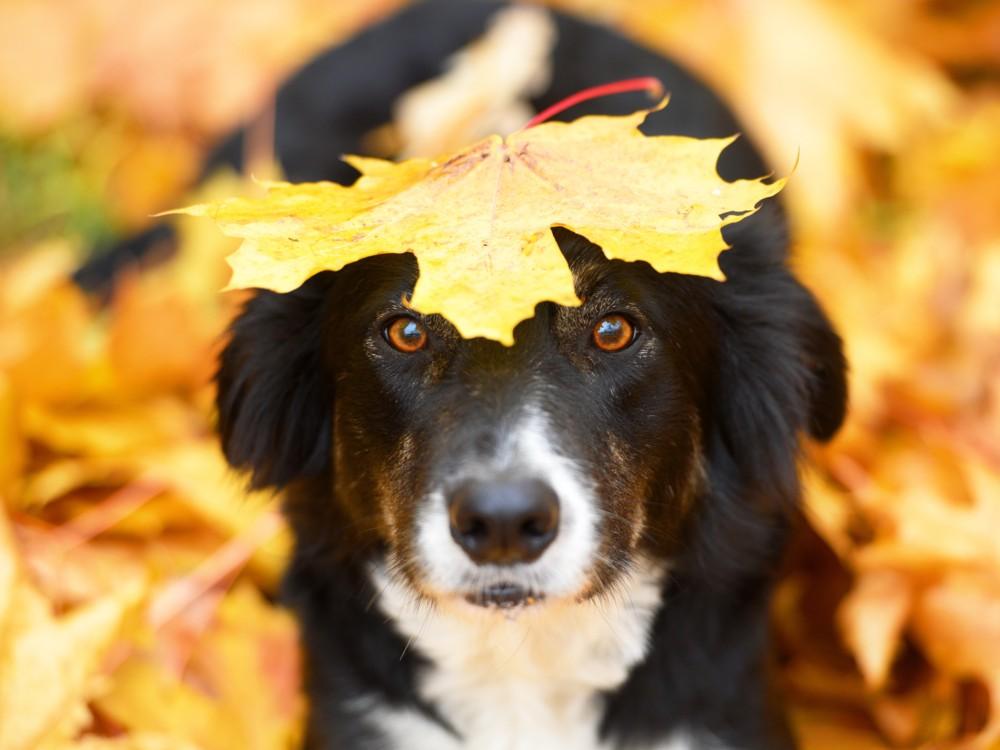 They can get the flu

Believe it or not, dogs can also catch a cold or get the flu. It is called canine flu or 'kennel cough' or infectious canine tracheobronchitis. This disease is caused by one or several microorganisms such as the distemper virus, parainfluenza virus or the bacterium 'bordetella bronchiseptica' that most affects younger animals. 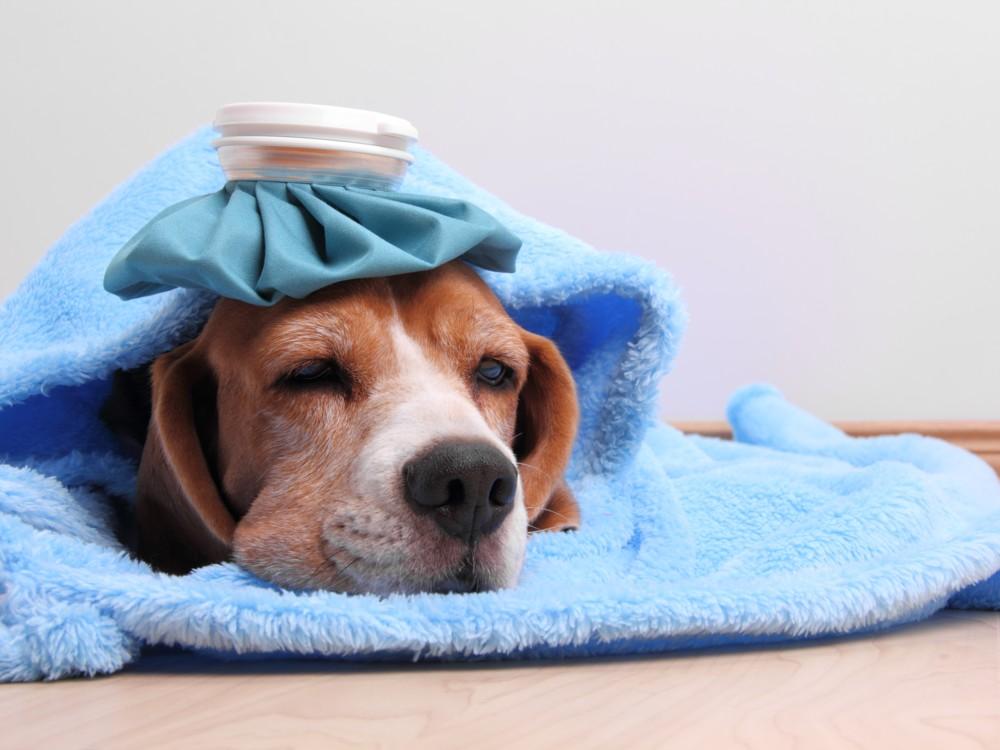 If your dog friend is acting strangely, there may be nothing wrong with him: the problem could be you. Research at Schillerhohe Hospital in Germany found that dogs have an incredible ability to recognize the smell of a variety of organic compounds that show that the human body is not functioning as it should. For example, there are dogs that smell blood sugar levels, detect cancer, predict seizures, or detect clostridium difficile, a bacterium that can lead to colon infection.

How to make your home healthier