The world's most famous freaks

Participating in cultural, sub-cultural or counter-cultural communities can be a good antidote to conformism. Geeks (or "freaks"), which are often caricatured, can be described as a group that has an interest in peculiar styles of cultural consumption, and also combines a strong sense of individuality with a special sense of belonging.

What do these people's minds have in common?

Being a geek or a freak is no fashion at all. The first documented use of the word "geek" was in 1916, when it was used to describe fair monsters in circuses, and generally referred to all things strange, eccentric, extravagant or simply unusual or out of the ordinary.

However, when we talk about the geek or freak subculture, the real story is completely different. Generally speaking, a geek is a person who has an unconventional hobby or interest in which he invests enough time and attention, so much so that it can end up becoming a way of life.

In recent years, sociology and other social sciences have become increasingly interested in this community of people who are easily identifiable despite their diverse tastes. But the question remains: What secrets does a geek's mind have? There is no doubt that every human brain is unique and dynamic, and that our brains change as we go through different stages of life.

Yet, despite this capacity for individual change, all communities have particular tendencies or aspects that are shared by the majority of their members. In the case of geeks, their hobbies and consumer habits give us clues about where to start looking: comics, role-playing games, fantasy literature and science fiction... Geeks enjoy letting their minds run free, fantasising about fictitious worlds. They empower imagination and creativity. Characters and events come to life, and we can travel to a simulated society that we like or feel aversion to the people in it, for example. This sense of travelling and learning, along with aesthetic pleasure and the value of entertainment, is one of the reasons fiction exists.

And it is the aspect with the greatest weight in the minds of geeks, who want to imagine, build possible worlds, inhabit them and extend them beyond the limits of narrative. Today, therefore, we make a journey through the most geeks/freaks in the world, delving into both those of us who remember the world of fiction and those who have left or are leaving their mark as bastions of freakism. 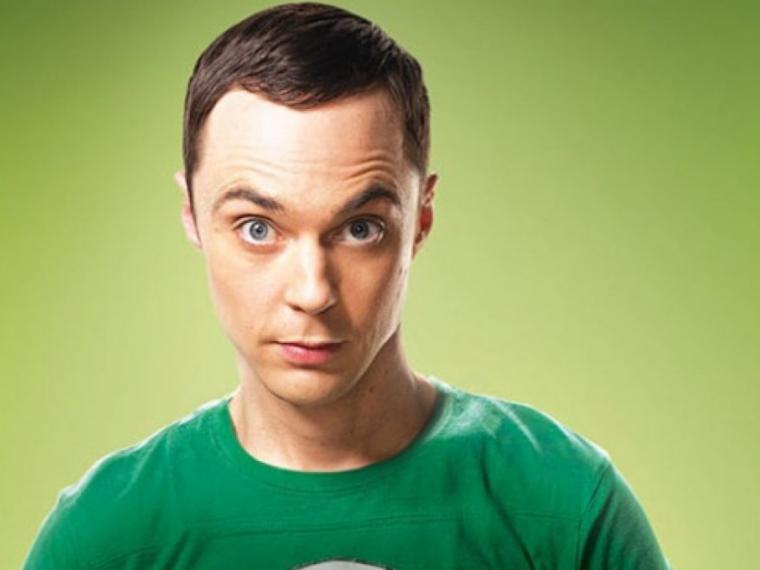 With an IQ of 187, the character of Sheldon Cooper played by Jim Parsons in the series The Big Bang Theory is undoubtedly the most known and appreciated geek by most.

Cooper, who suffers from Asperger's syndrome, has an eidetic memory and a large brain dedicated to science. He is a theoretical physicist at the California Institute of Technology (Caltech) and studies dark matter. The only physical activity he practices is paintball. Another of the qualities for which he stands out is to know perfectly the Klingon language, the native language of this race in Star Trek. 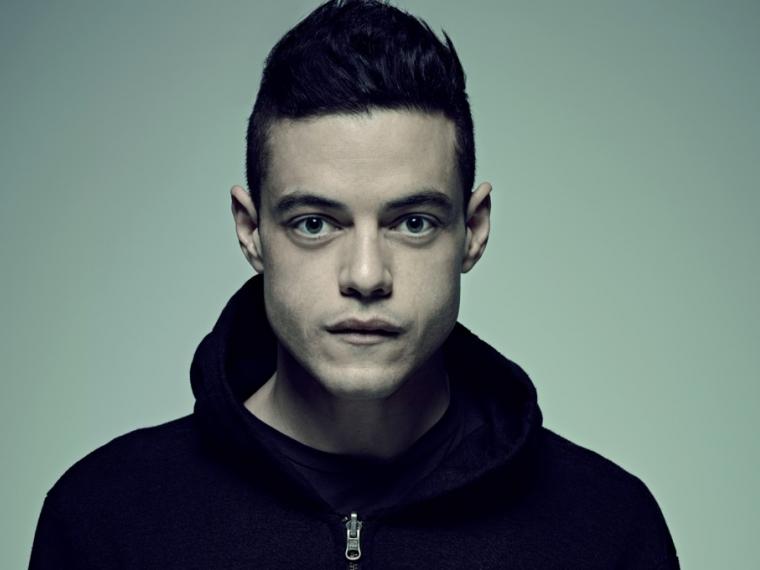 Mr. Robot's main character Elliot Alderson (played by actor Rami Malek) has a geek profile. He is a young programmer who works in a cybersecurity company during the day and as a hacker at night. Elliot suffers from social anxiety disorder, clinical depression, delusions and paranoia. His inner life is shown to us through voice-overs that give him an idea of his state of mind and the activity that surrounds him.

These dialogues are designed to help us interpret Elliot's world, but given his mental illness, he is an unreliable narrator. Among his freakish curiosities is Elliot's pet fish, called Qwerty, which has no profile on social networks, not even Facebook and uses GNU/Linux as its operating system and Gnome as its desktop environment. 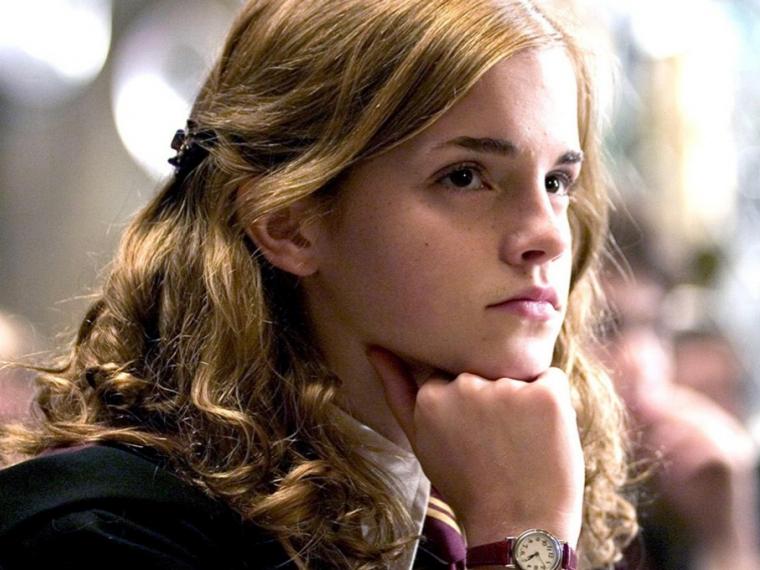 No introduction needed. Brilliant, brave, gifted, fierce and a little know-it-all. Let's be honest: the saga could be called Harry Potter, but without Hermione's spells, mental agility and sarcasm, Voldemort would have beaten everyone at the end of the first book (or first film). It’s imperative to remember this conversation between Harry and Ron: Harry Potter: "But why do you have to go to the library?" Ronald Weasley: "Because that's what Hermione does when in doubt, go to the library.” 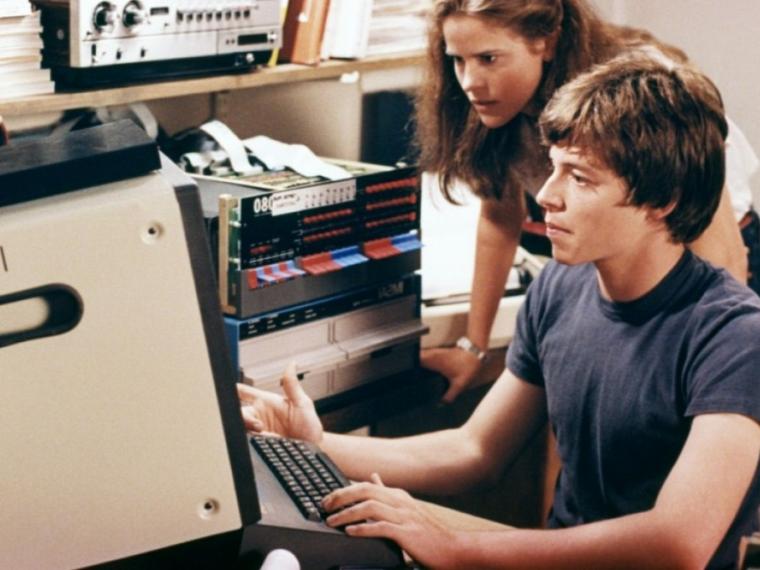 A very young Matthew Broderick plays David Lightman in this unforgettable 1983 film War Games. In it, David is portrayed as a brilliant student and a talented hacker, albeit somewhat boring.

The film is intimately related to the hacker's fitura and the powerful computer by the not at all "memorable" name: WOPR. 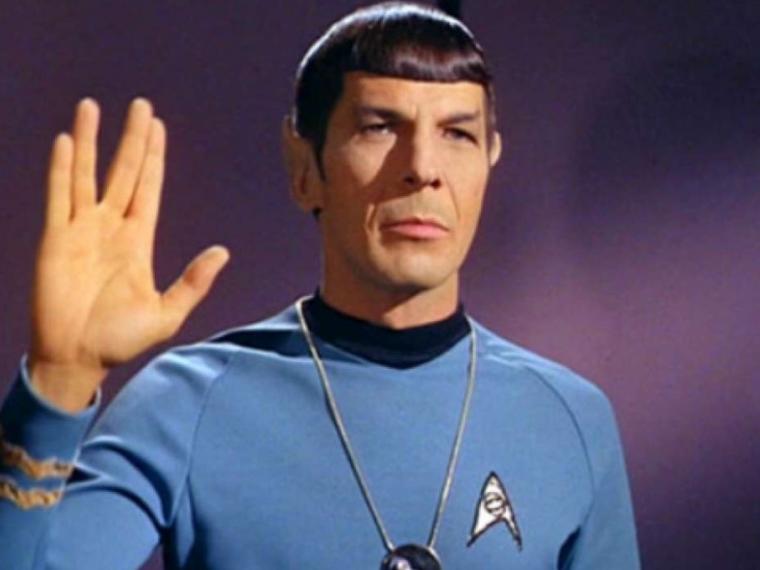 Not to be missed on this list is actor Leonard Nimoy, who played the beloved character of Spock in the Star Trek saga.

Spock is a 'vulcan-human', Scientific Officer of the U.S.S. Enterprise, whose logical thinking and calm in the face of danger (as well as his pointy ears) are some of his most striking qualities. 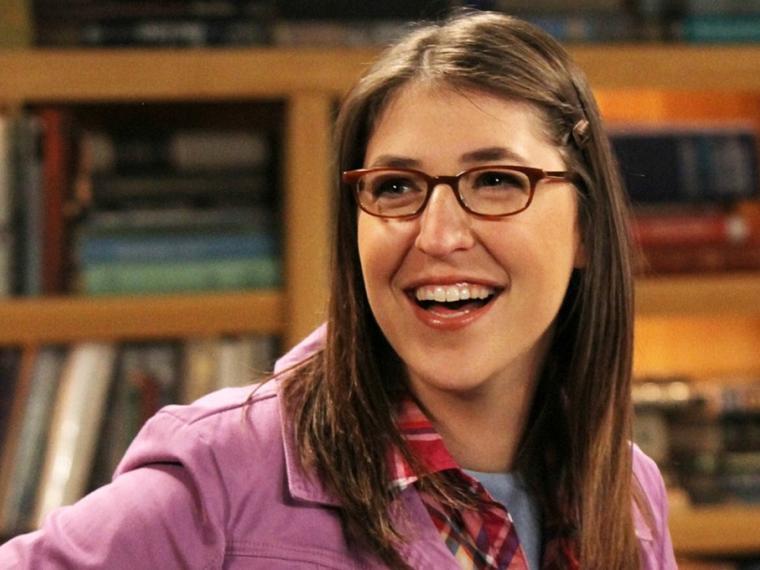 A brilliant neuroscientist. Amy from The Big Bang Theory is possibly the most clumsy geek on the list: able to make any social situation uncomfortable in a matter of seconds. Exaggeratedly rational but emotionally, insecure but often condescending, Amy is also funny, vulnerable and desperate for affection and acceptance. Amy Farrah Fowler is played by actress and neuroscientist Mayim Bialik. 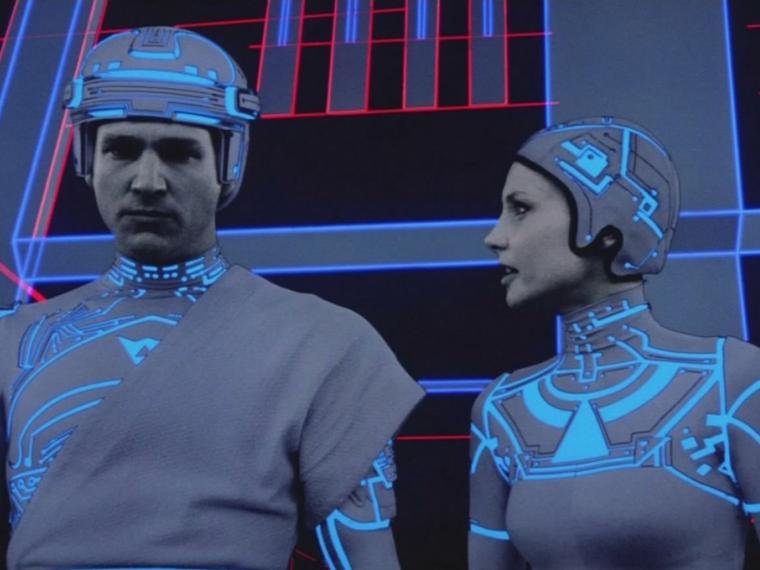 Jeff Bridges played Kevin Flynn / Tron in the 1982 cult film, Tron. Flynn is a software engineer working for the software corporation ENCOM, creating several video games on the company's server. With the aim of starting his own gaming company. Flynn makes several attempts to hack the ENCOM mainframe through his arcade terminal, using his best hacking software (CLU). Due to the intervention of the Central Control of Programs, the programmer ends up decomposing in data and transforming into a program, being forced to play in the game matrix. 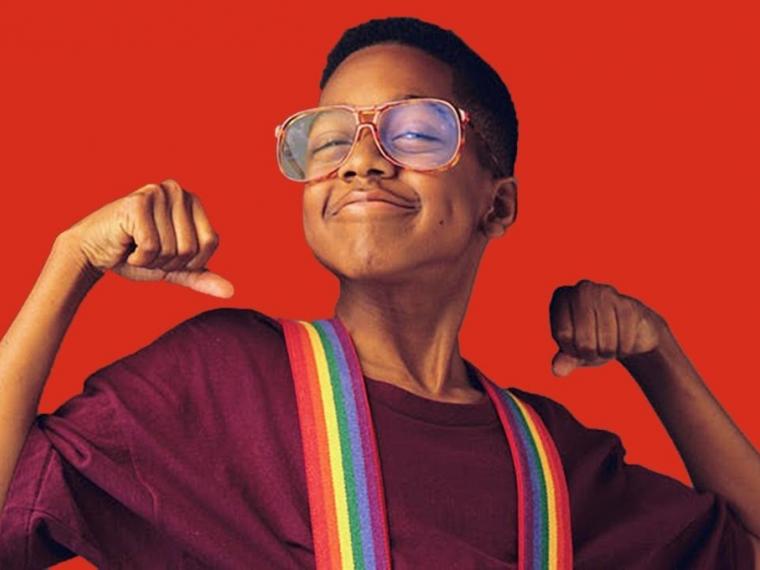 The famous Steve Urkel, protagonist of 'Family Matters', is the great stereotype of a freak: big glasses, peculiar wardrobe, the typical nerd, chemistry lover and accordion player. This character is played by actor Jaleel White is the perfect TV freak.

Pauley Perrette's interpretation of NCIS forensic specialist Abby Sciuto was incredibly well received by the public. From his Gothic costumes and black ponytails to his obsession with Caf-Pow drinks, Abby's character is full of recognisable traits. Experienced in criminology, psychology and forensic science, Abby is the person who solves puzzles in the series. Her hyperactive energy and extravagant habits make her one of the most adorable geeks on television. 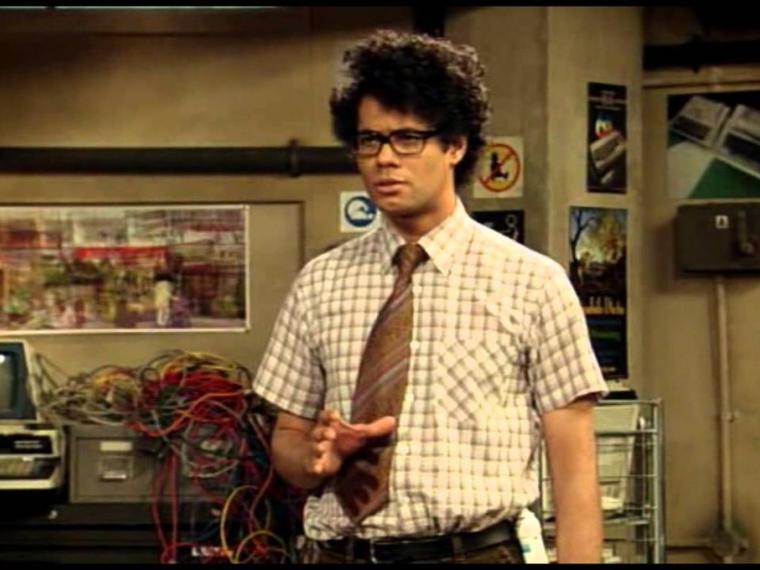 In 'The IT Crowd', Maurice Moss represents the stereotype of the computer freak. His socialisation problems and extensive technical language are the source of all his plots. The truth is that Moss made a great comic couple with his colleague Roy. Moss was played by the English actor Richard Ayoade. 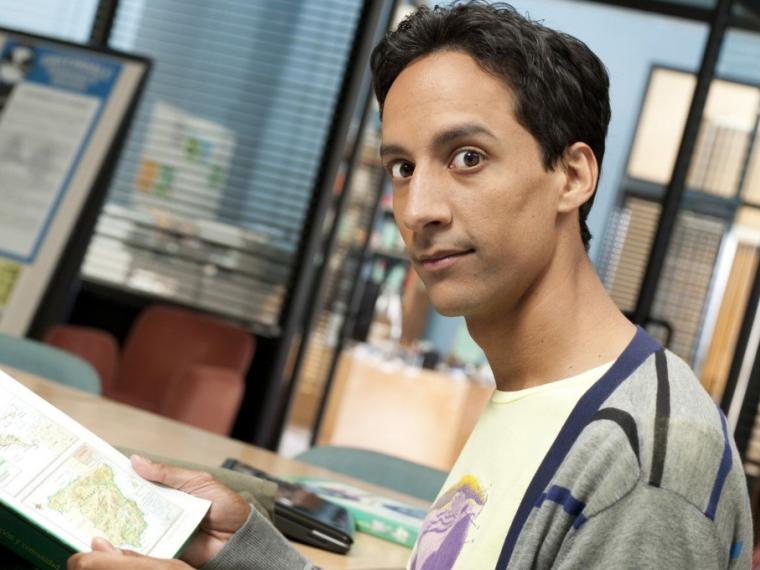 Abed Nadir (played by Danny Pudi) is an Arab with Asperger syndrome who aspires to become a film director. Addicted to pop culture, his dream is to live from cinema, so he perceives his life as if it were a television programme. Despite his particular social behaviour, Abed is very popular with women. He is also surprisingly athletic. He became very popular with fans of the series that finished airing in 2015 after 6 seasons. 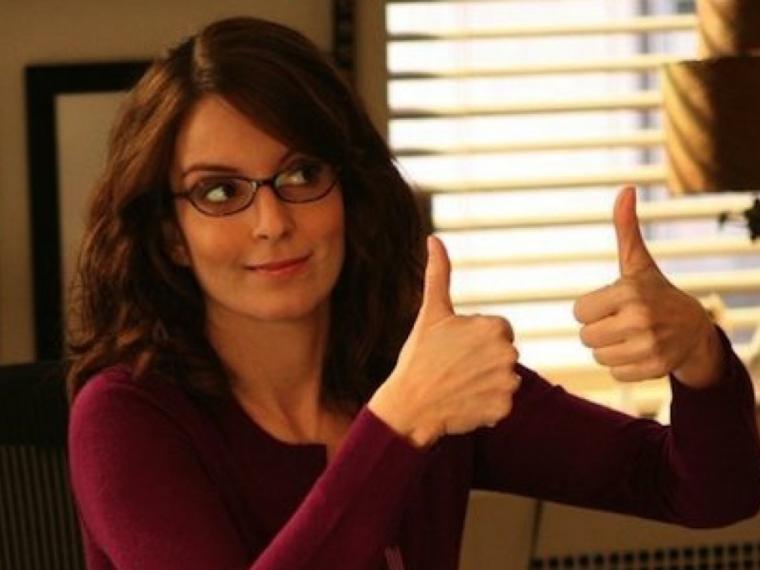 Liz Lemon is the main character of the American television series 30 Rock. Performed by Tina Fey, she received a Primetime Emmy Award, two Golden Globe Awards, four Screen Actors Guild Awards and a Television Critics Association Award for her performance of this geek woman. Among other things, Liz is a big fan of Star Wars, so she frequently uses events from the original trilogy to explain her feelings and actions in everyday life. She disguised herself as Princess Leia four times (for Halloween) and considers Star Wars Episode II: The Attack of the Clones to be the worst movie in the entire saga. 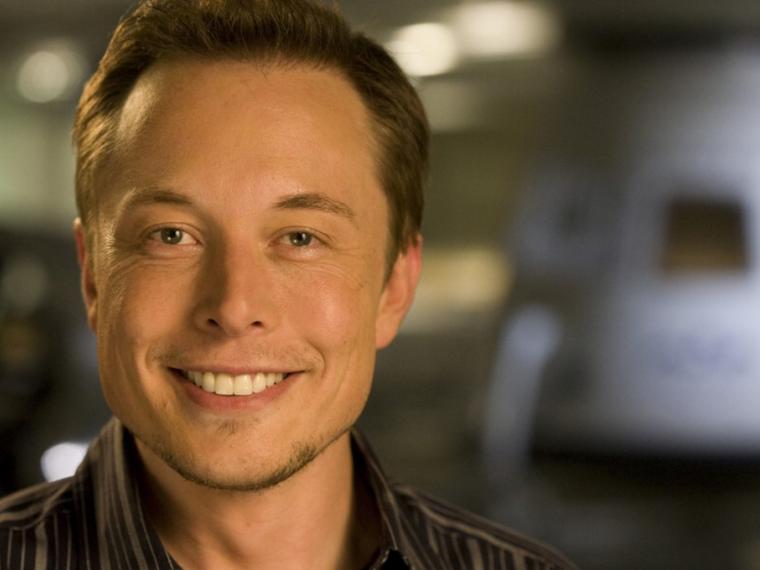 The well-known businessman, CEO of Tesla and SpaceX among others, is very active in social networks, which he uses to bring a smile to his followers quite often. We've seen him on more than one occasion referring to Monty Python, Mario Kart and other video games, his favourite science fiction stories... One memorable day was when he remembered in his twitter account Douglas Adams' Intergalactic Traveller's Guide writing '42k' (42 is the answer to life, to the universe, to everything). 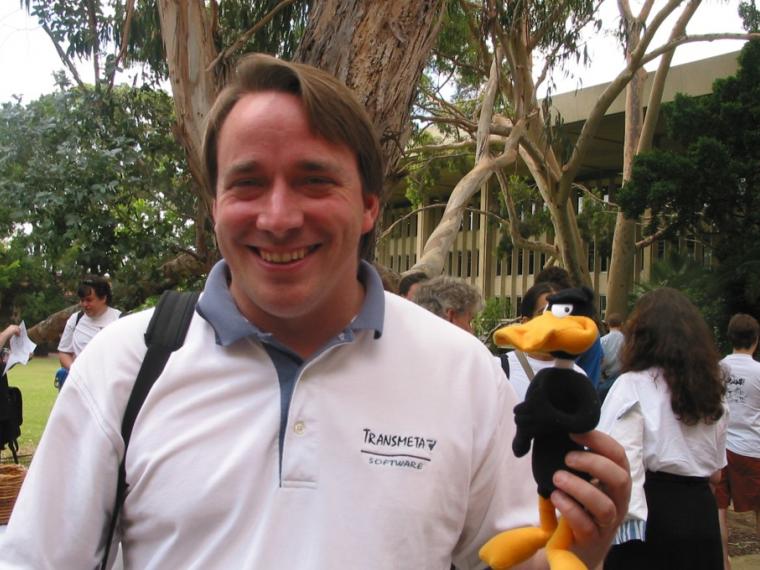 Torvalds invented Linux using an old 386 PC and chose a penguin as his pet. It is probably the most famous penguin in the world, at least for geeks. The Torvalds operating system is used by computers all over the world. Linus Torvalds owns the trademark Linux, which he oversees through the NGO Linux International. 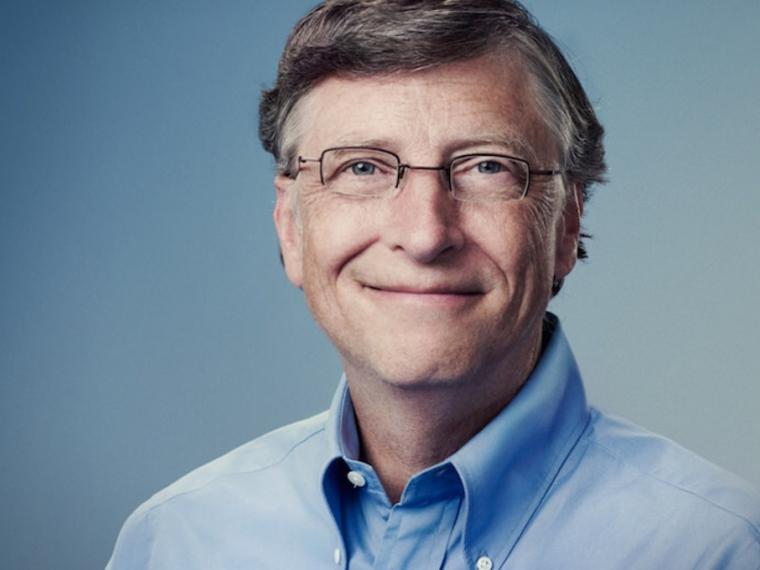 Although not one of the most beloved geeks in history, Bill Gates once represented the geek par excellence. His face with glasses and his extravagant gestures became very popular. We already know that he founded Microsoft in 1975, and thanks to his strategy, he became one of the richest men on the planet. He has been one of the most generous philanthropists in the world for many years. Not for nothing is the Bill & Melinda Gates Foundation the largest private charitable foundation in existence. 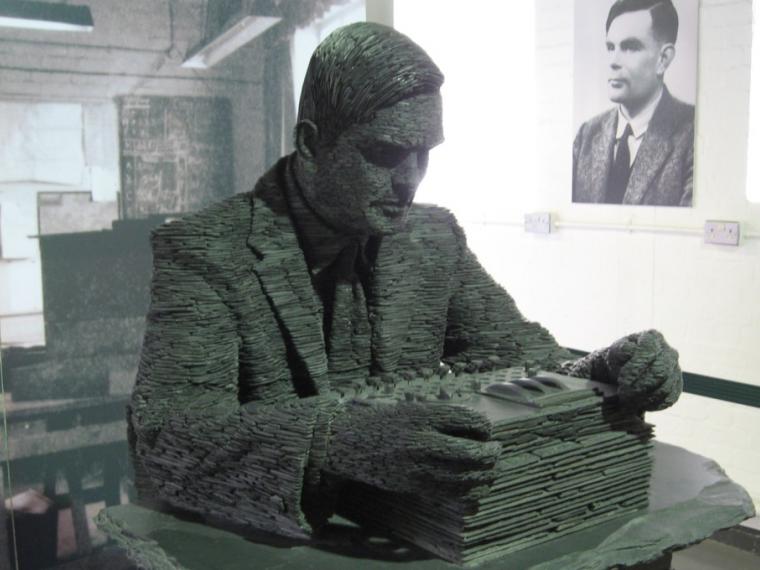 Alan Turing is considered one of the best cryptographers in the world. Not only did he decipher many German codes during World War II, but he also deciphered the Enigma machine, which at the time was seen as impossible. If anyone comes to mind Kevin Mitnick, aka the Condor, Turing was a far superior cracker, who also invented the Turing machine. Unfortunately, this privileged mind was persecuted by authorities who did not tolerate his homosexuality. 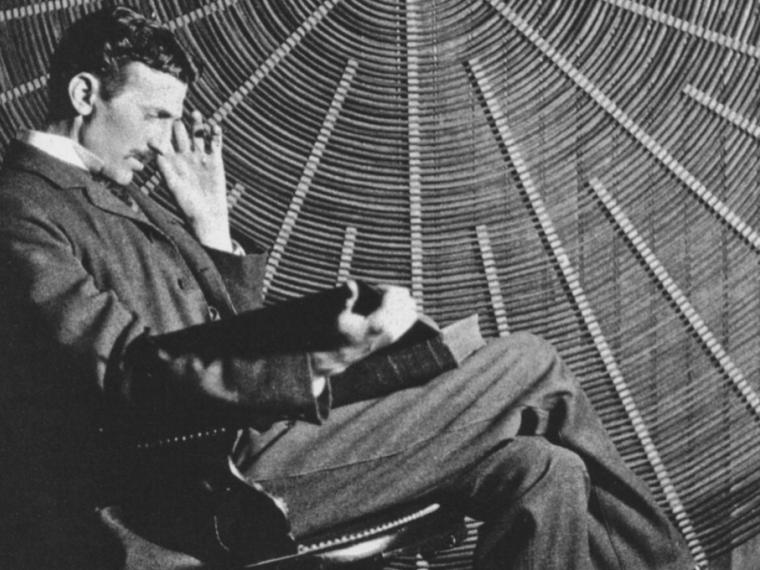 Tesla a geek? If this term had been fashionable in Nikola Tesla's day, it would have perfectly embodied the geek stereotype. He was a geek in every respect. His experiments are still visually interesting. For example, the Wardenclyffe Tower he built in 1901 was one of his curious inventions. It was a huge aerial antenna in New York that, according to him, could be used as a "death ray".

The most important fossils in the world