The weirdest things dogs do can be explained

Does your dog eat poop? Does he bite his own tail? Does he spin a thousand times before lying down? All these behaviors that are very strange to us humans have their reasons.

Dogs, like cats, often do things that humans find very strange. However, they are not actually crazy, these behaviours all have a series of quite logical explanations that ethologists and researchers of canine behaviour have taken care of studying and sharing with us.

A good part of the behaviours that we usually classify as strange like spinning before lying on the ground, scratching the earth after going to the bathroom or burying objects responds to pure instincts, to the inheritance from wolves.

Other strange behaviours can hide pain or discomfort, so you should pay close attention to them. How many times have you seen dogs dragging their behinds on the ground? Many times, right? Well, you should know that if your dog does this, he may have worms in his intestines or he may not be able to discharge. When dogs bite their tail, they may also be feeling pain. You already know the solution: a visit to the veterinarian!

Like people, dogs can experience compulsive behaviours that we should pay special attention to. Don’t panic because they’re easy to spot. It’s normal for a dog to chase its tail, but its abnormal if it’s doing it all the time. In this particular case, a study conducted by the University of Helsinki and published in 2016 in PLOS ONE found certain similarities with people’s OCD (obsessive-compulsive disorder). Also, don’t fret if your pet spins around a few times before sleeping, it should only become a worry if he does it continuously. Again, if you observe compulsive behaviours such as, trying to catch lights and shadows, standing immobile or repeatedly hiding their food you should take it to the veterinarian.

Here are 22 weird things your dog might be doing along with the explanation for these behaviours. 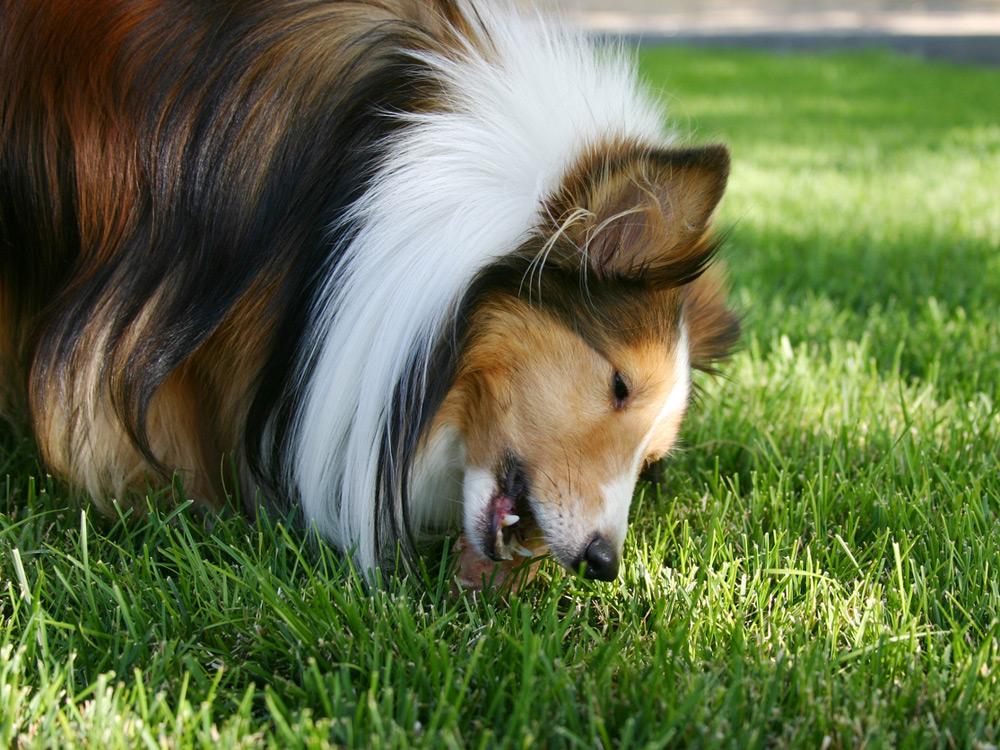 Watch out for this because the rocks could pierce the animal’s intestine. Just as it usually happens when a dog eats grass, when ingesting stones, sand or cement the dog tries to make itself vomit because it has discomfort such as kidney problems or heartburn. Labradors and golden retrievers are very prone to this behaviour. 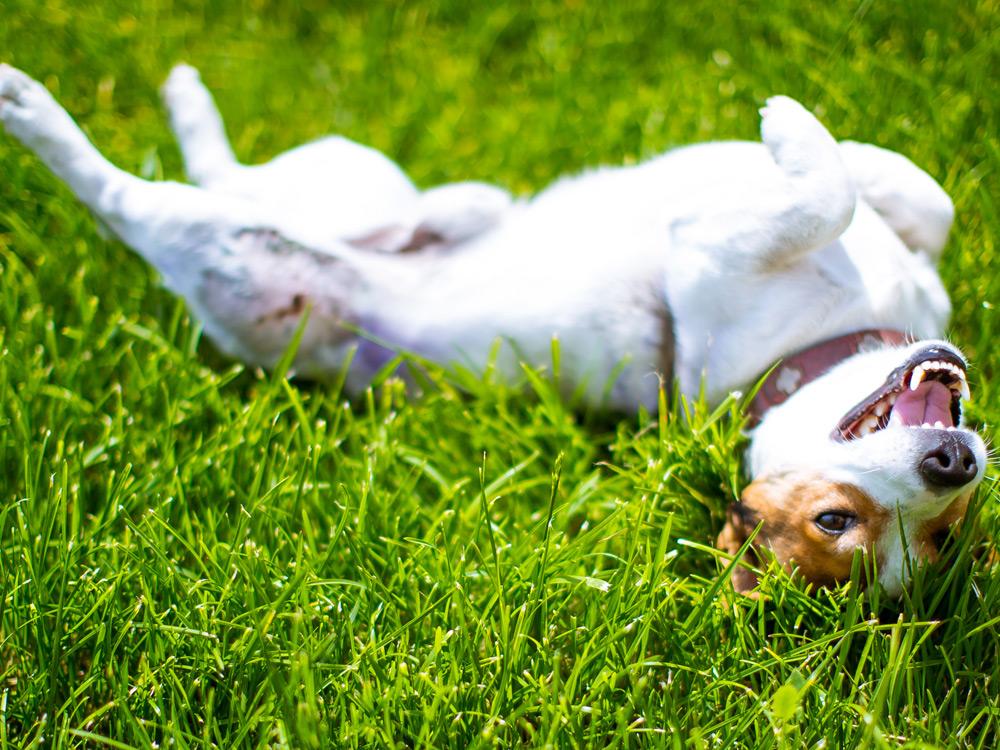 Rolling on the floor

Many dogs find it pleasurable to roll on the lawn or on a rug, it’s the equivalent of a massage to us. Other times they are calling trying to get our attention, especially if we look at them and laugh (if the pet does it all the time you may not be paying enough attention to it) and asking for pampering. At other times it can mean that something itches (eyes with fleas, ticks and allergies) or they are uncomfortable. This act serves to mask their smell or because they do not like its aroma, like when they are bathed. 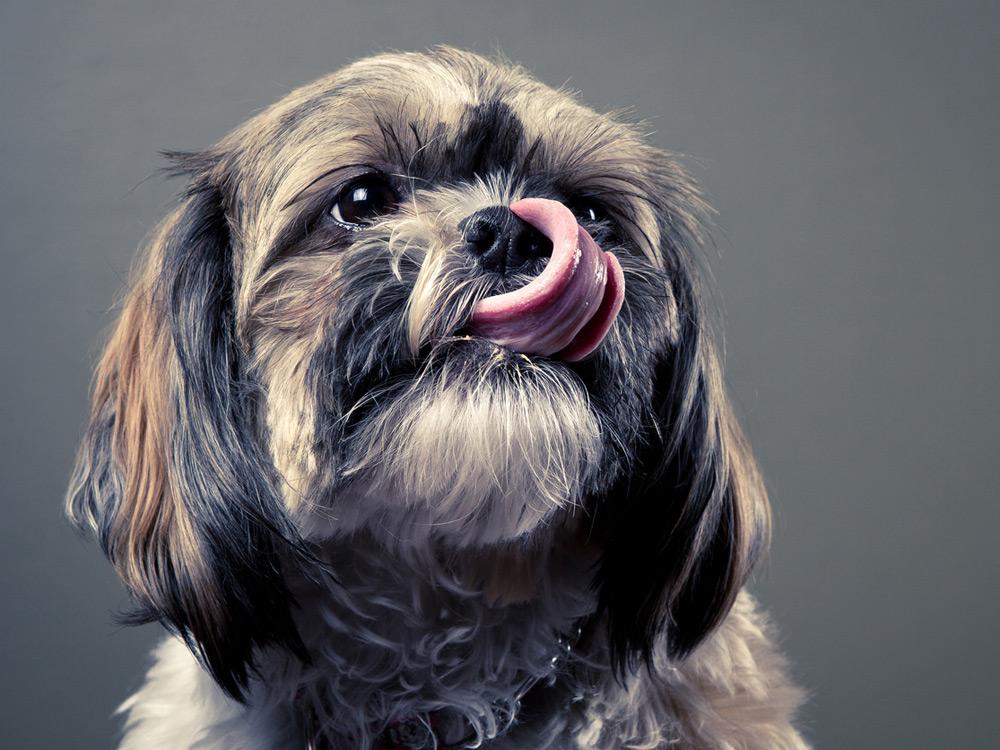 Eating their own and other dog’s poop

There are many causes that can lead your dog to eat poop. Here are the most common ones: the animal has nutritional deficiencies, it suffers from some digestive problem, that it gets bored because it spends a lot of time alone at home, that it is hungry, for example, if the dog is on a very restrictive diet, whatever the reason may be if it is a continuous habit, it should be taken to the veterinarian. 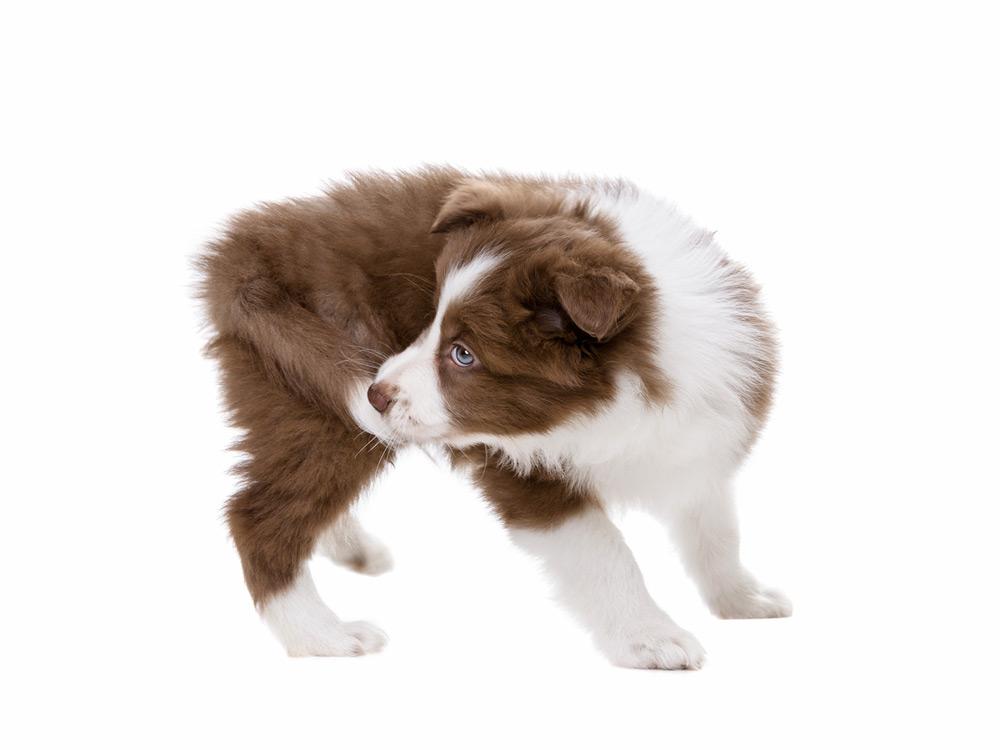 Is your dog chasing its tail from time to time? It may be because its bored and looking to entertain itself for a while, especially if it is a puppy. If this behaviour amuses you and he notices it, he might do it because it makes you laugh. 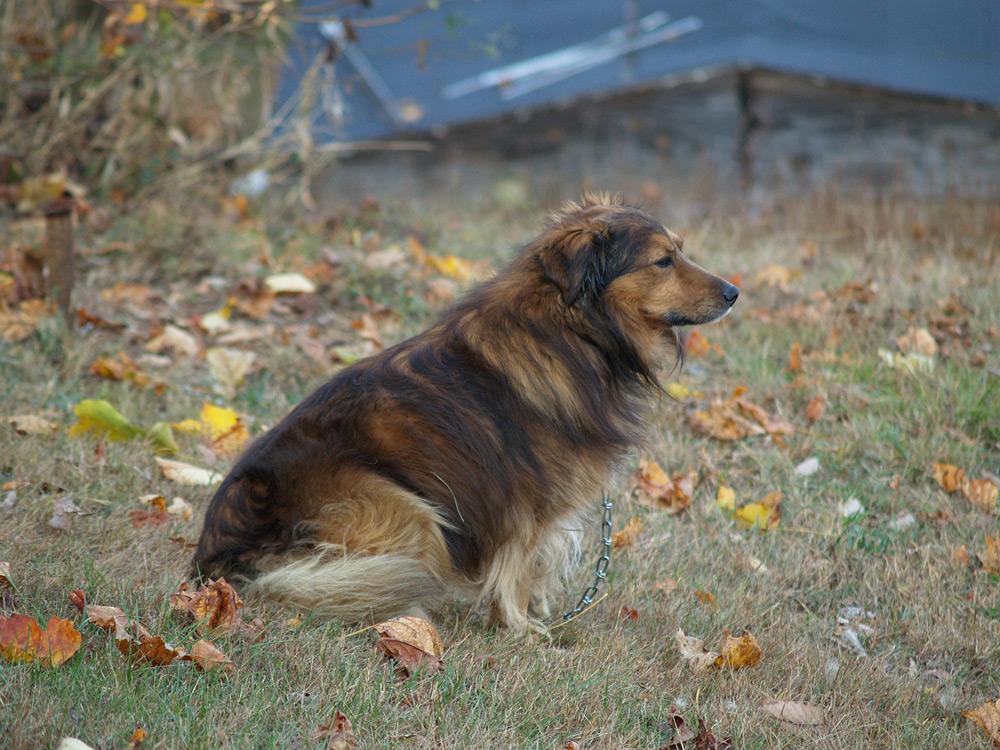 Dragging their behind on the ground

Have you caught your dog dragging its behind on the ground? Well, it could have intestinal worms or difficulties going to the bathroom. Whatever it is, a trip to the vet is needed. 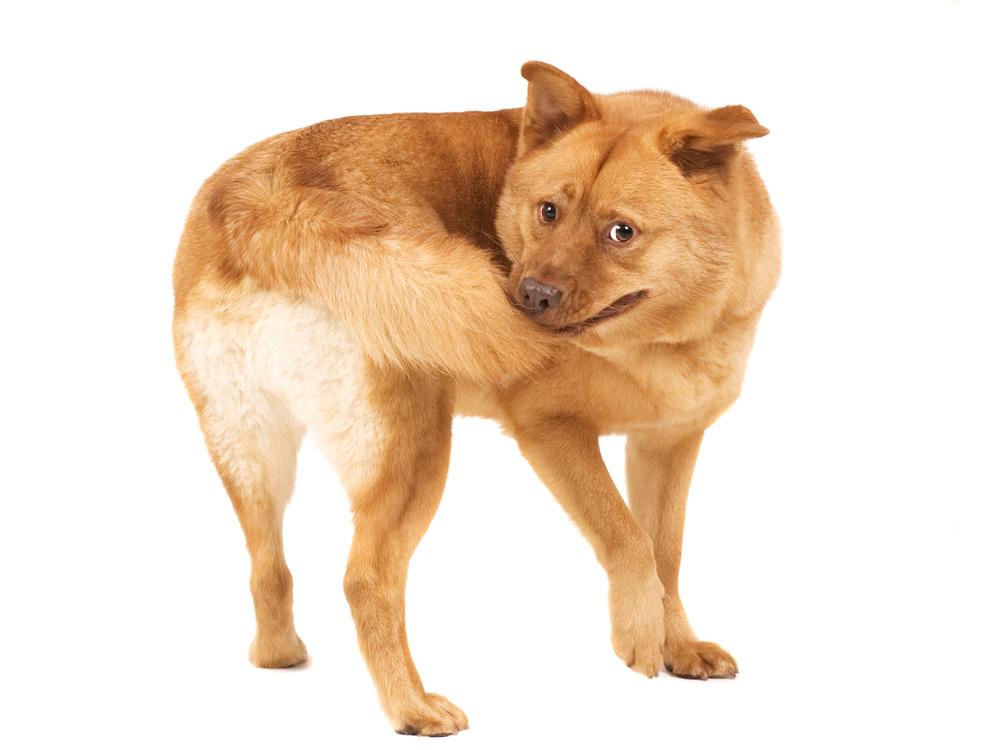 A study by a team of researchers at the University of Helsinki found relationships between dogs chasing their tails and people’s obsessive-compulsive disorder (OCD). As with OCD sufferers, dogs chasing their tails are usually shy and scared of noises. In both cases, factors such as feeding, genes and experiences in childhood are also influential. The research found that canines that take vitamins with food are less likely to have this behaviour. 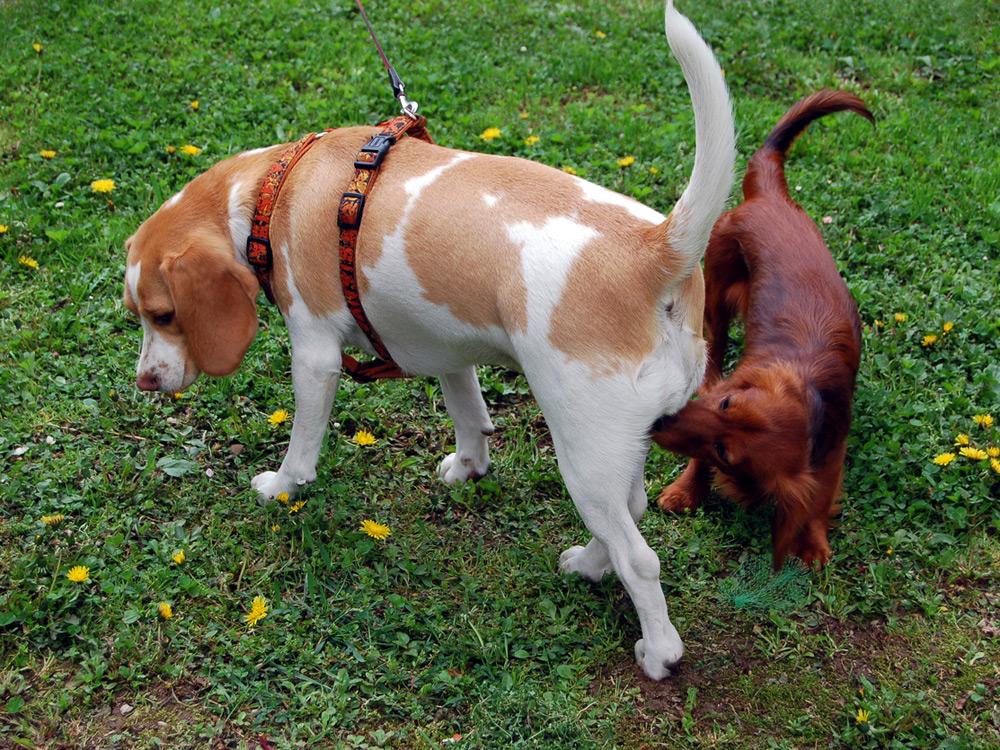 He smells other dogs' behinds 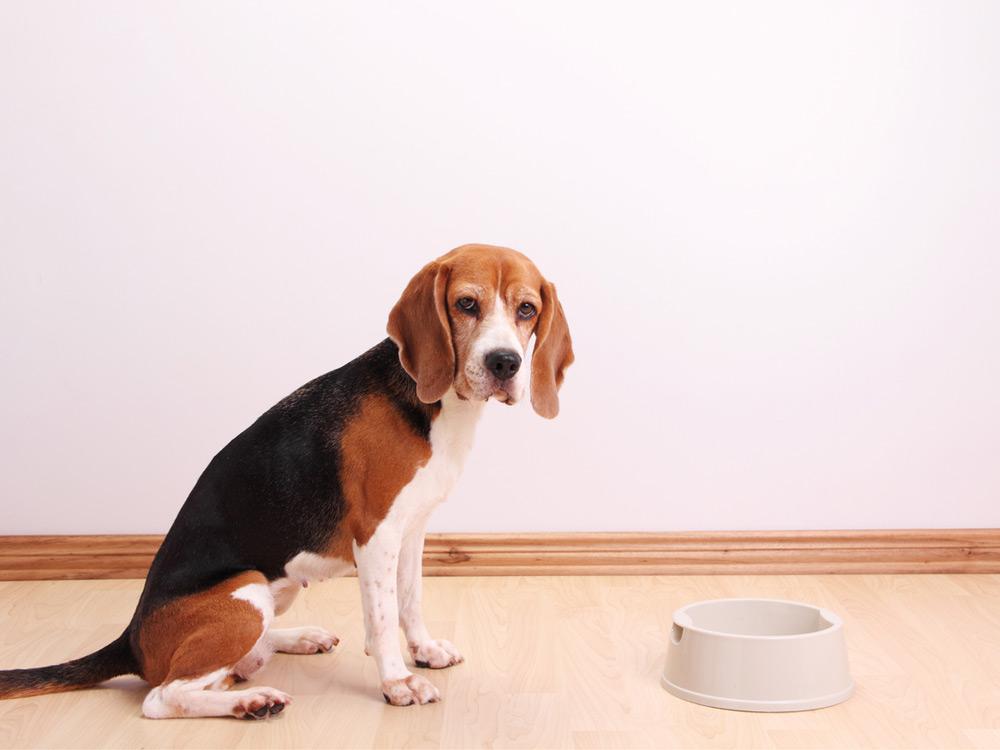 He eats his food away from its feeding bowl

How many times have you put your dog’s food on his plate and he’s slowly eating it in another area of the room? Experts in canine behaviour have the answer to this behaviour. When wild dogs hunt, the submissive members of the pack take pieces of food somewhere else so they don’t have to fight with the leader so they can feed more peacefully. They also point to the possibility that the very noise of the croquettes in the metal container bothers them or some pendant or small plate that carries their necklace in contact with the bowls. 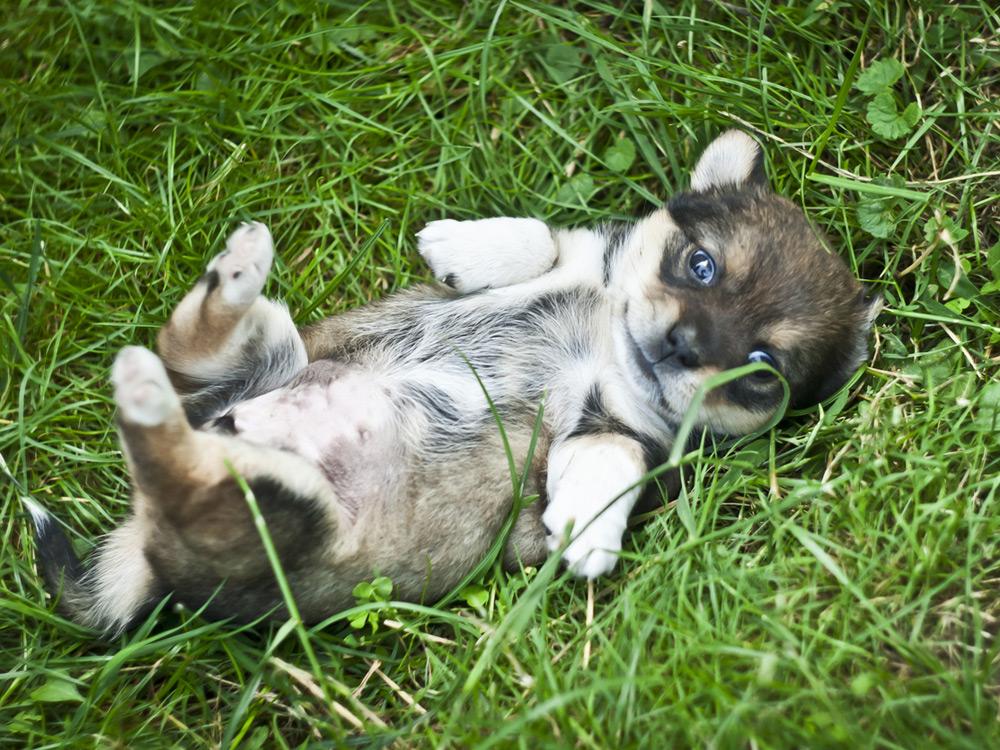 Moving its hind leg when you touch its belly

It’s nothing bad, just a reflex like the one we humans have on our knee when the doctor hits it with a reflex hammer. What happens to your pet is called a 'scratch reflex' and has its raison d'être in nature. When something tickles or irritates the animal, nerve endings on its skin send a signal that causes one or both hind legs to move involuntarily to remove any insect or spike that might have remained attached to its fur. 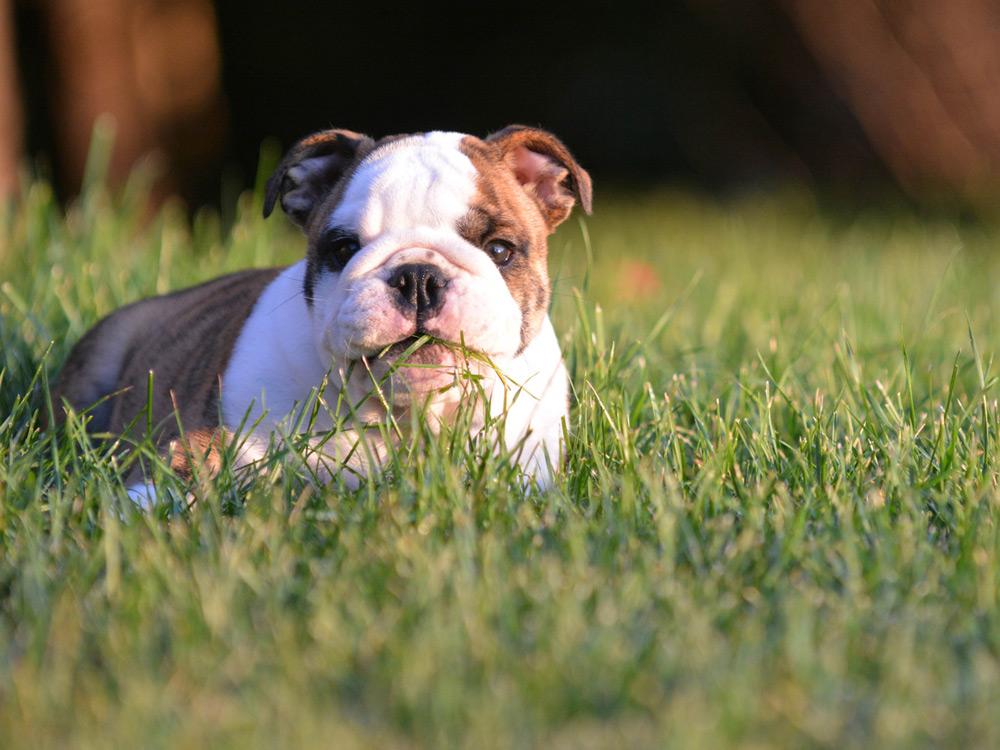 In many cases, when a dog eats grass, it does so to vomit. Remember that this animal is preferably carnivorous and its stomach hurts it eats grass in order to purge. It should also be noted that there are canines that eat grass and do not vomit. If your pet eats grass and vomits repeatedly, it should get checked by the vet. 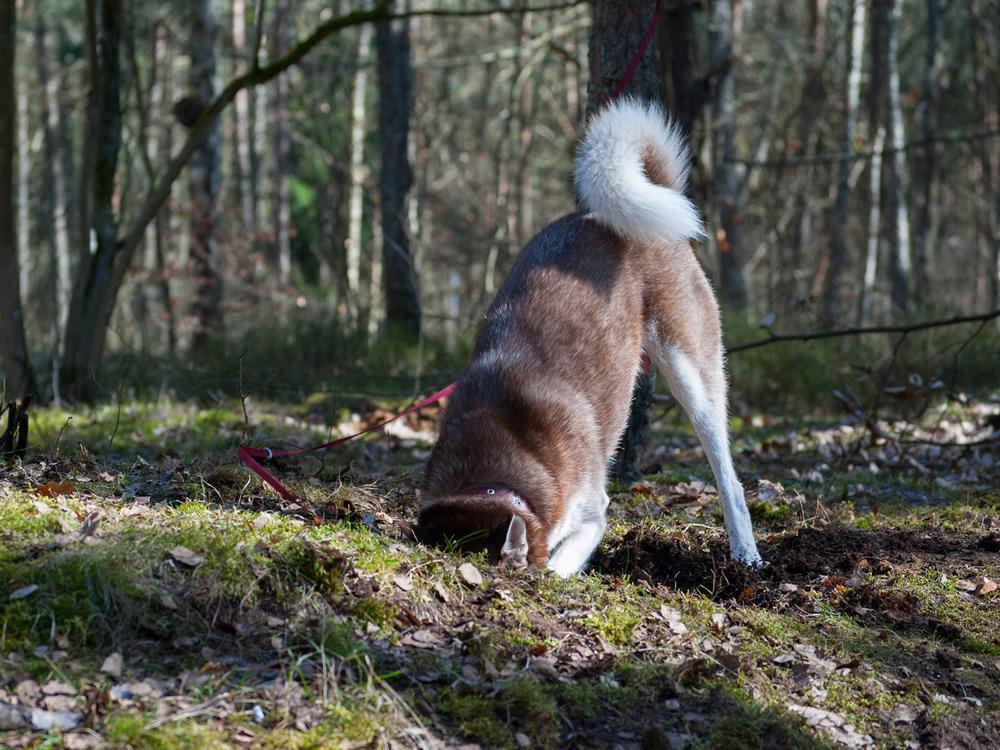 Does your dog think you’re going to steal his favourite toy and bury it? No! There are several explanations and the first responds to pure instinct. When a successful hunt occurred, wild dogs buried the surpluses underground to keep them and eat them at a later time. Another reason is that the dog gets bored, another is due to the need to store in some way objects that have value to him and the other is that there are breeds more likely to dig and bury like terriers and sausage dogs. 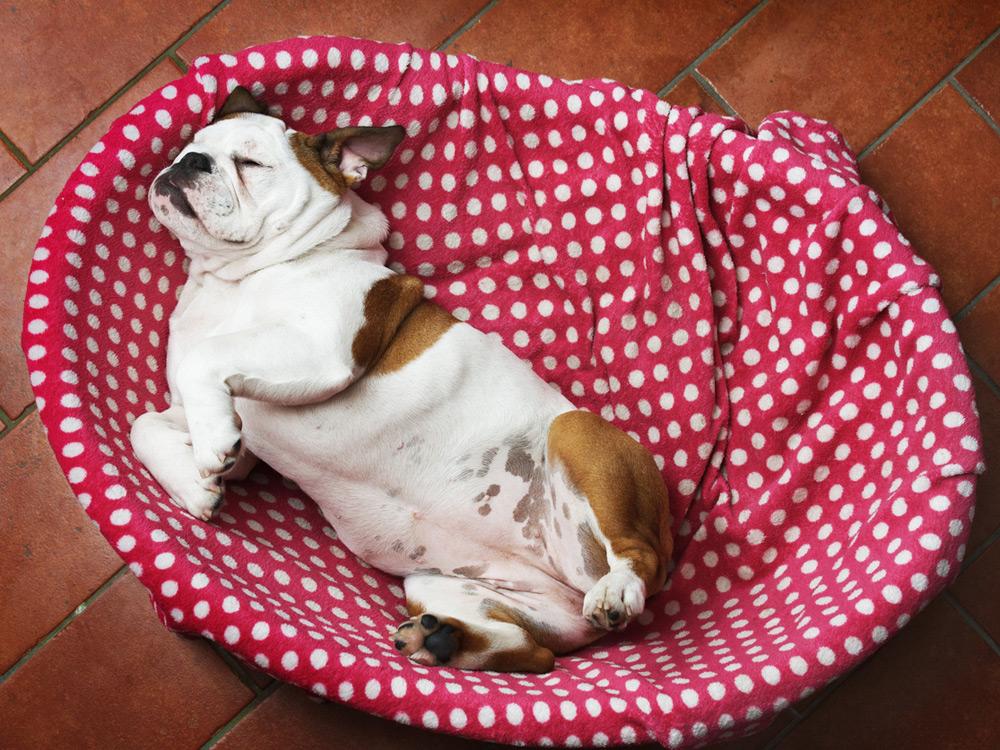 Spinning before lying down

According to some ethologists, this behaviour is inherited from wolves and serves the dog both to make sure that there is no danger around it and to be comfortable in the place where it is going to laying down in addition to marking it in front of other members of the pack. However, as with all compulsive actions, if your pet does this continuously a trip to the vet might be necessary. 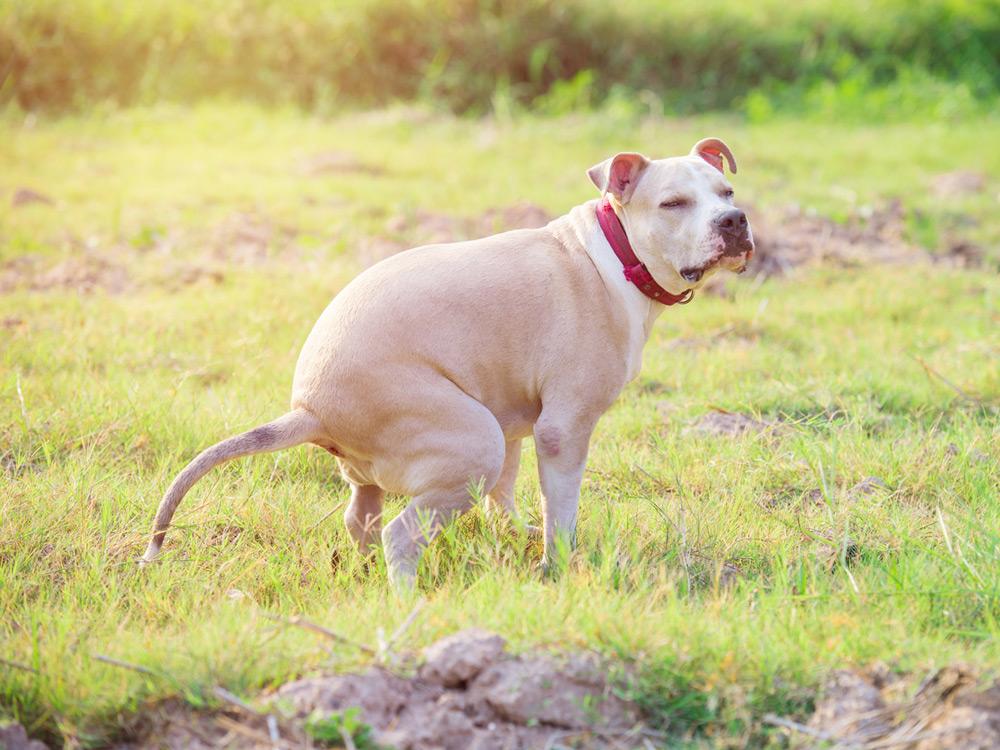 Scratching the floor after defecating

Not all dogs do it but those who do scratch after defecting, what they seek is to bury their faeces and by the way spread their smell since they have odoriferous glands in their legs. 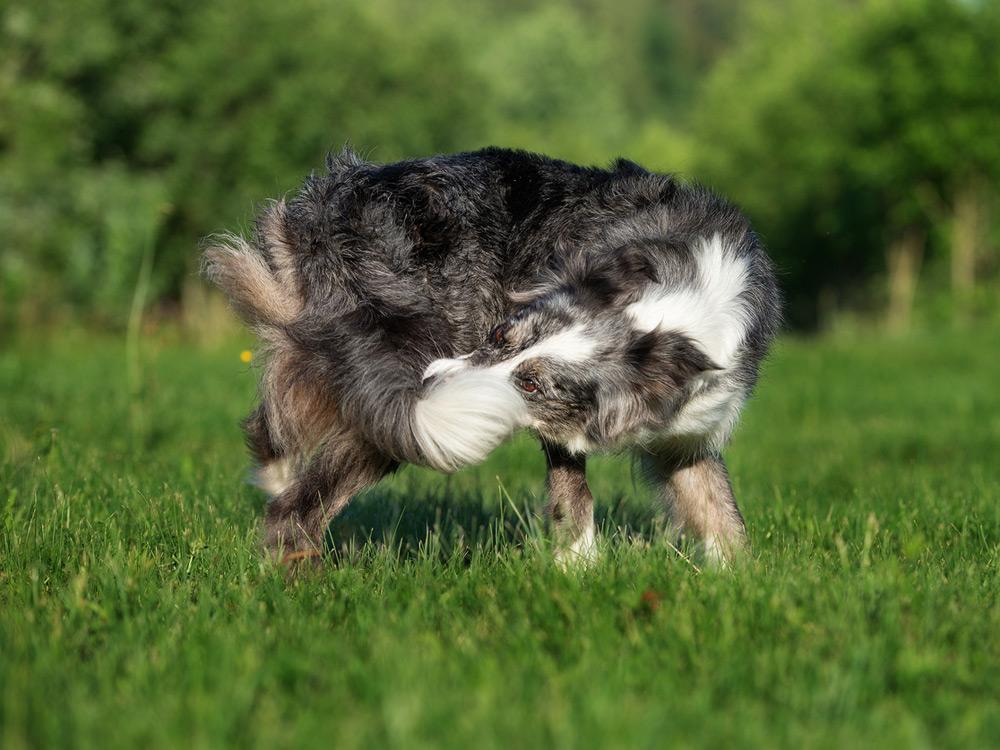 This behaviour can mean pain or the presence of a parasite that is bothering the dog. 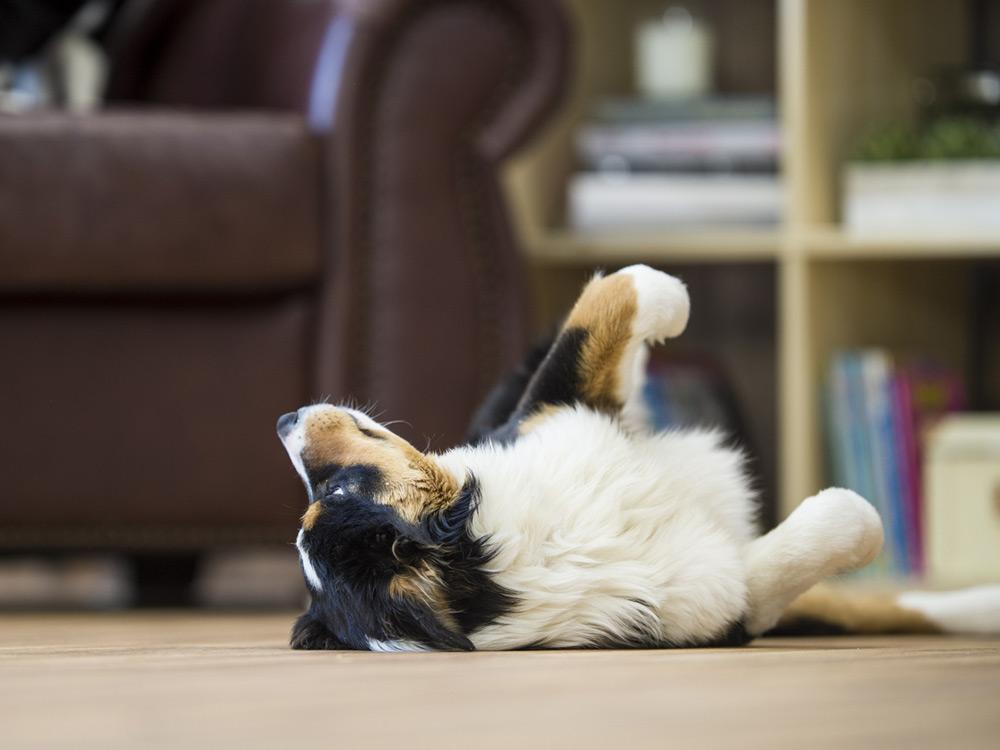 Rubbing and rolling itself after being bathed

The situation is as follows: you give the dog a bath, it smells like your favourite dog shampoo and then it runs out to rub itself against grass, the walls of the house, the chairs… … everything in its path! Why? Very simple: the smell of the shampoo with which you have bathed it. Experts also relate this behaviour to their hunting nature. To avoid giving off clues of their smell, they are coated in foul substances or in mud. Similarly, they point to their territorial character, by which they consider all they touch to be their property. 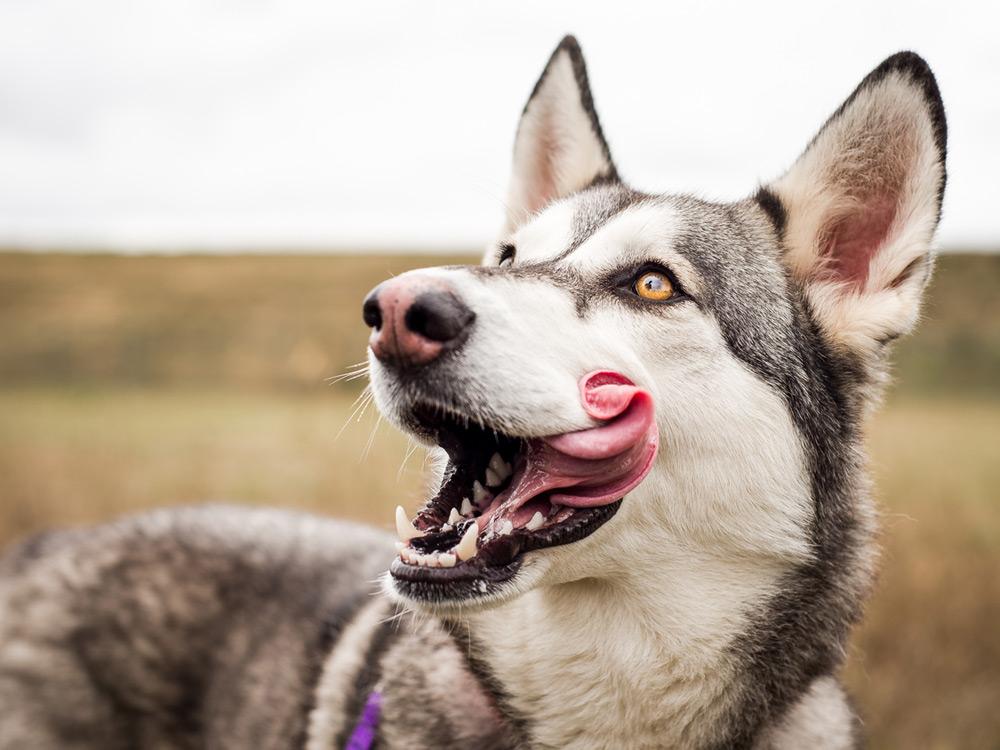 Experts explain this “unpleasant” canine custom alluding to the large amount of nutrients that our faeces possess. They also refer to their ancestors, to wild dogs that approached human populations to eat the remnants of food and what was not food. Pure survival. 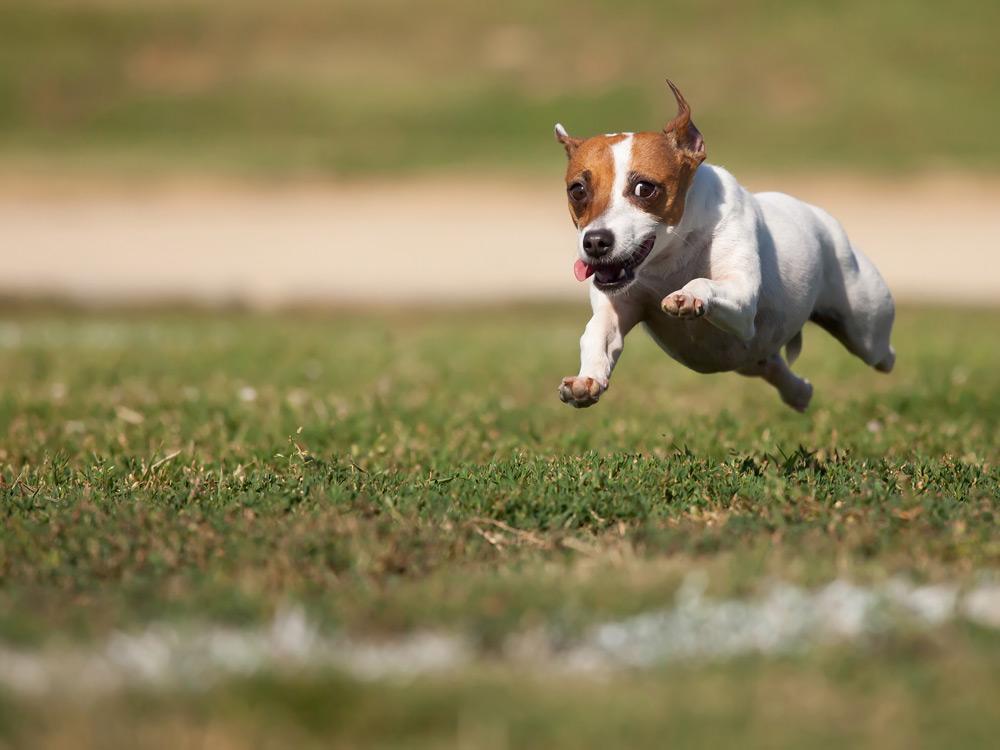 Running after an imaginary ball

Has it ever happened that you’ve made the gesture of throwing the ball at your dog and he’s run off after it even though you haven’t actually thrown it? Dogs are very playful animals and remain alert to the possibility of playing. That’s why, because of its desire to play, the dog shoots out even when there’s no ball. 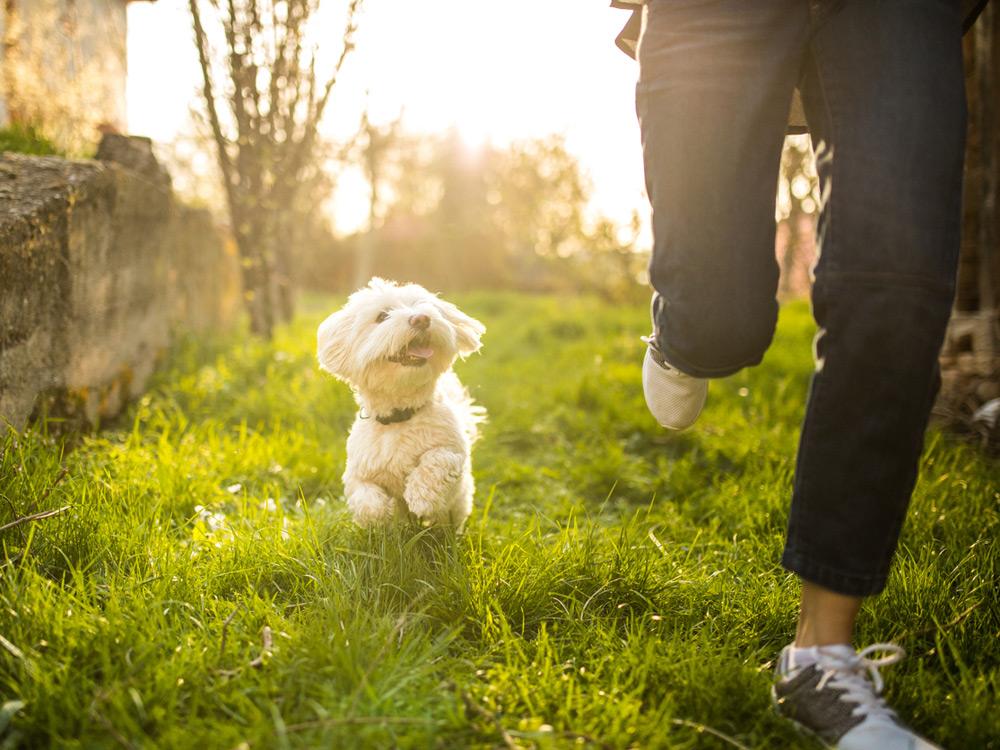 In the face of this behaviour, ethologists affirm that dogs instinctively pursue everything that moves, but it is also indicative that dog does not know those moving objects. Everything is new to him. 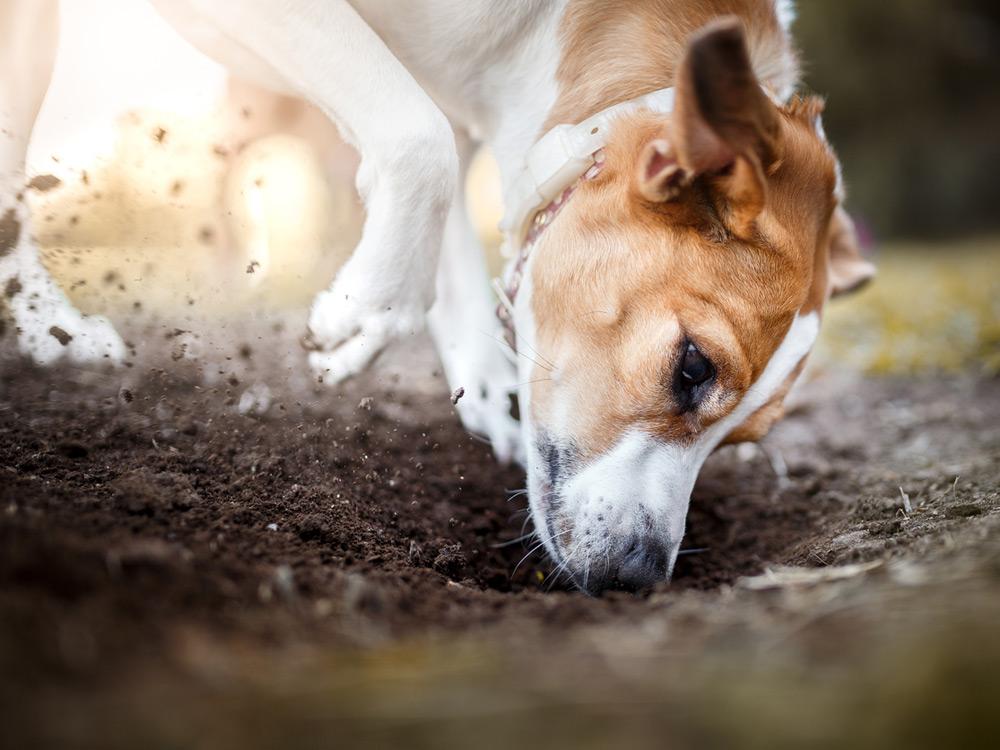 This is pure instinct, and it is because wolves would bury food to keep reserves in case of famine. Our pets, well fed, don’t usually do it but anything is possible. 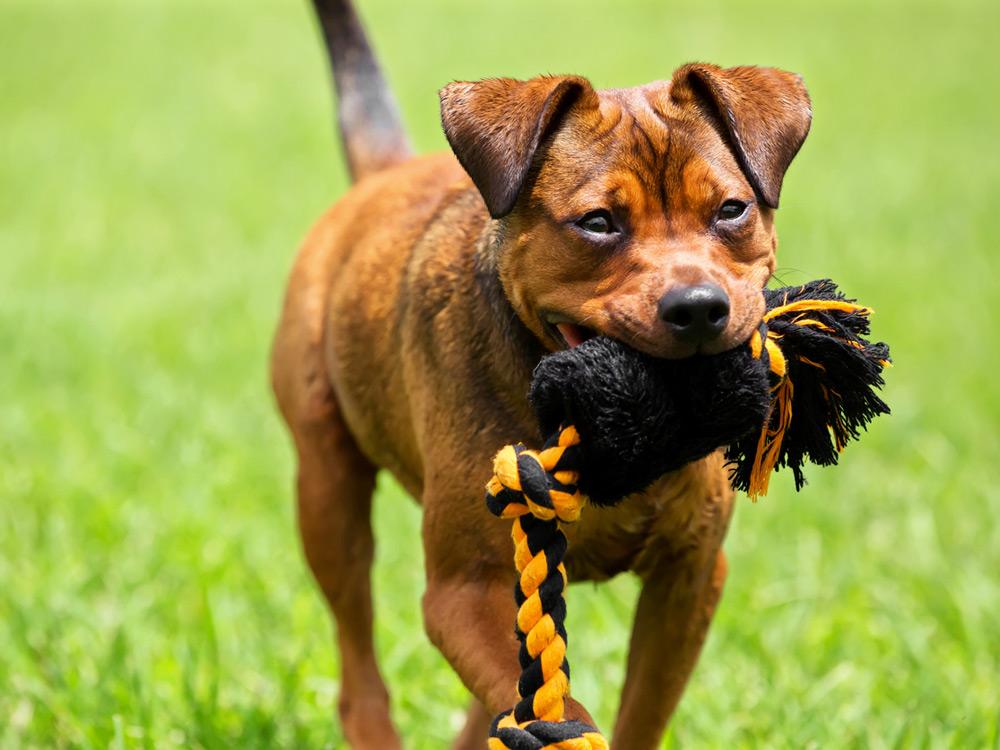 There are many dogs that hold their toy between their teeth, start to move their head back and forth, as if shaking it. The explanation for this rarity is in its most primal instincts because it is what it would do in nature with a prey: hunt it and kill it. 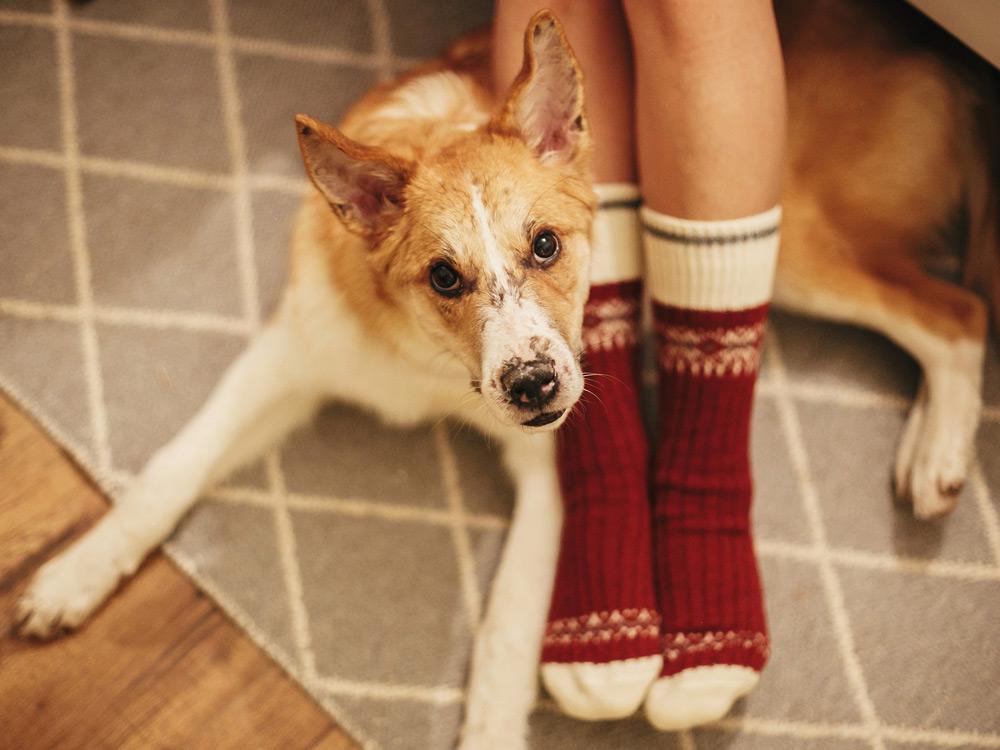 Does your dog take steal your socks? Or worse, does he steal your underwear? Experts point out that it is your smell that attracts him. In fact, the more the garment is used, the more your dog will like it. This behaviour is also explained if your reaction is playful as the dog will have managed to attract all your attention. 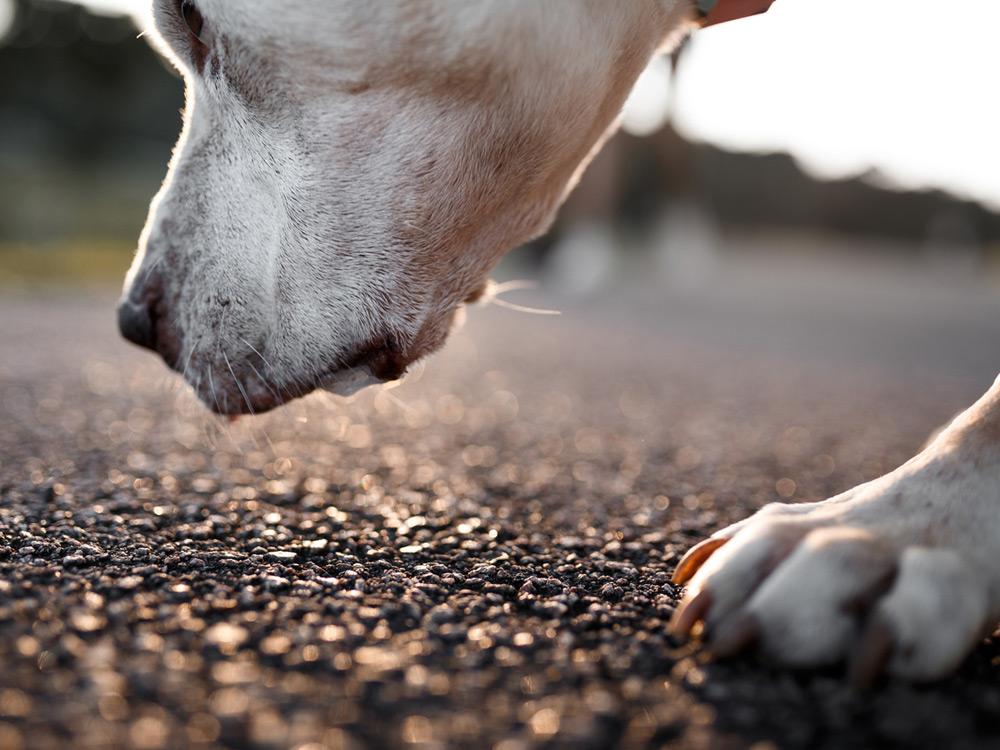 Smelling the urine of other dogs

Why do dogs have a passion for sniffing the urine of other dogs? The answer is that from this substance the animal obtains invaluable information, as if the one who has peed is a male dog or female dog, and she is in heat… This urge to smell urine is very typical of males.

What can we discover about dogs’ health by observing their excrements?

The most fascinating discoveries of the Spitzer telescope