Pablo Picasso was born to be an artist. He grew up amidst his father's brushes and teachings and proved to have an agile mind and a skilled hand for painting and sculpture.

Born in Málaga in 1881, his father was a professor of Fine Arts and curator at the Málaga Museum. However, a setback in destiny meant that the family had to move to Coruña and experience a weak, but not disastrous, economic situation. His father became his first teacher and encouraged the creative side and talent of his first-born son, who continued to be trained in Barcelona from 1895 onwards. He entered the Escola d'Arts I Oficis de la Llotja in Barcelona without much difficulty and set up his first workshop, starting to work as an artist at the age of 15.

His name began to become well known from 1898, when he made his first solo exhibition and got a French dealer to pay him a monthly amount in exchange for all his creation throughout the year. As a professional artist, Picasso would immerse himself in the bohemian and artistic atmosphere of Paris and begin to explore with his work and style.

Picasso's most remembered painting is Guernica, the immense oil on canvas he drew in 1937 as a denunciation of the bombing suffered by the Basque population of the same name and the atrocities committed in the wars.  But beyond painting, Picasso cultivated other fields such as sculpture, stage design and engravings. 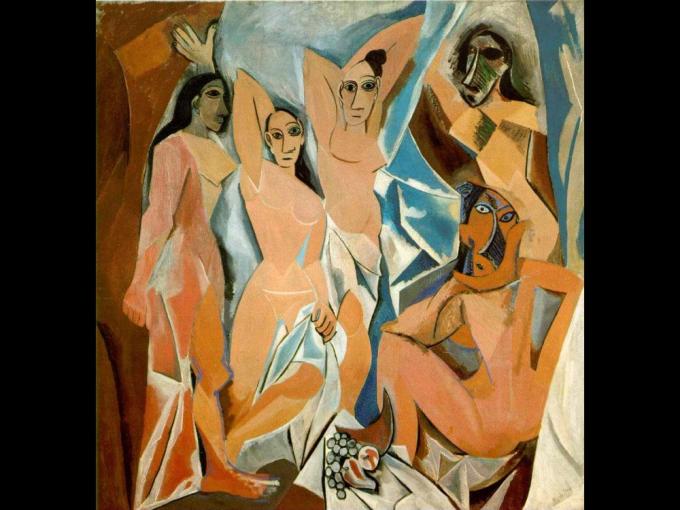 The Ladies of Avignon

The painting of 'The Ladies of Avignon' was painted by Picasso in 1907. It is currently in the Museum of Modern Art in New York (USA). The Malaga-born artist breaks with the canons of realism and reduces the work to angular planes, leaving aside the spatial perspective or the background. The painting is considered the beginning of modern art. 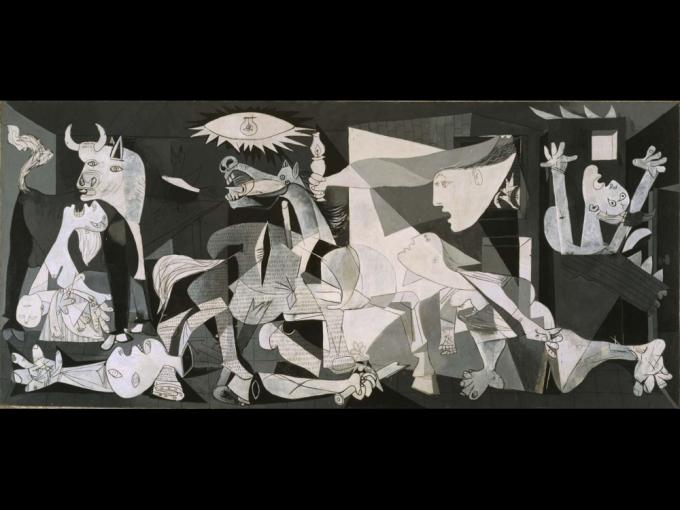 Picasso never ‘baptized’ his creations as soon as he painted them but always did so a few years later. In this particular case, the painting which was painted in barely two months is an allusion to the bombing of Guernica during the Spanish Civil War. In this purely symbolic painting, Picasso used only the colours black and white, and a large amount of grey. Guernica was a pictorial cry against repression and violence. It is currently in  Museo Nacional Centro de Arte Reina Sofía in Madrid (Spain). 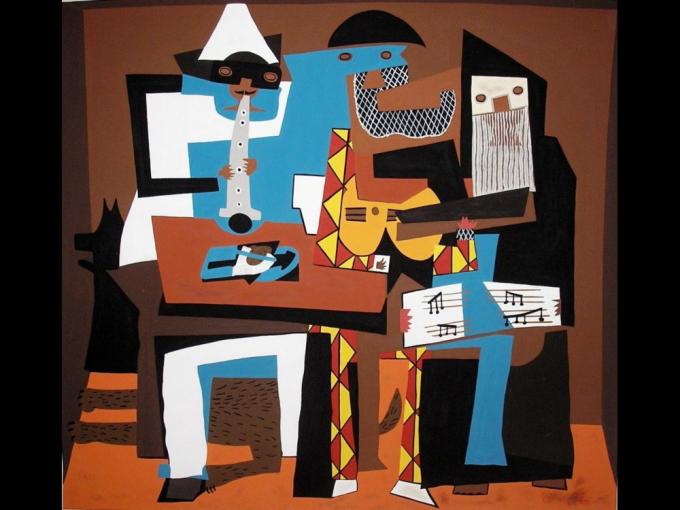 The Three Musicians' or 'Musicians with Masks' was painted by Picasso in Fontainebleau, France, in 1921 and puts an end to the period of Synthetic Cubism. He made two versions of this painting and both are considered to be two masterpieces of art history. They are in the Museum of Modern Art in New York (USA). 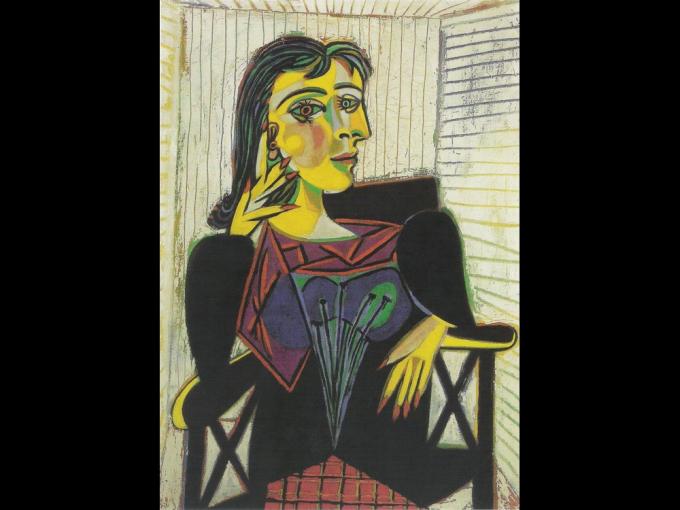 Painted in 1937, this Portrait of Dora Maar or Henriette Theodora Markovitch, represents Picasso's muse. Undoubtedly with a very complex personality, quiet, proud, intelligent and curious, Dora Maar left us a well-known series of photographs of the Guernica. The 'Portrait of Dora Maar' is in the Museo Nacional Centro de Arte Reina Sofía in Madrid (Spain). 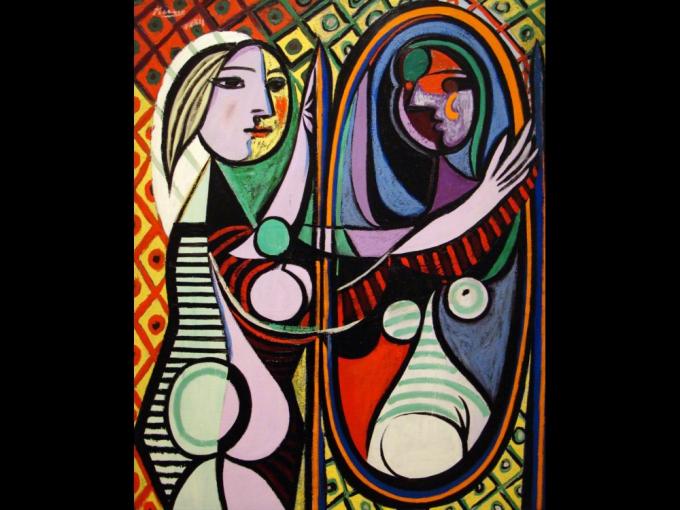 Woman in front of the mirror

Painted in 1932, this painting portrays a woman in a very abstract way, using rhombuses, circles and triangles to create it. The model for the painting is Marie-Thérèse Walter (Picasso's lover). The work of 'Woman in front of the mirror' is in the Museum of Modern Art -MoMA- in New York (USA). 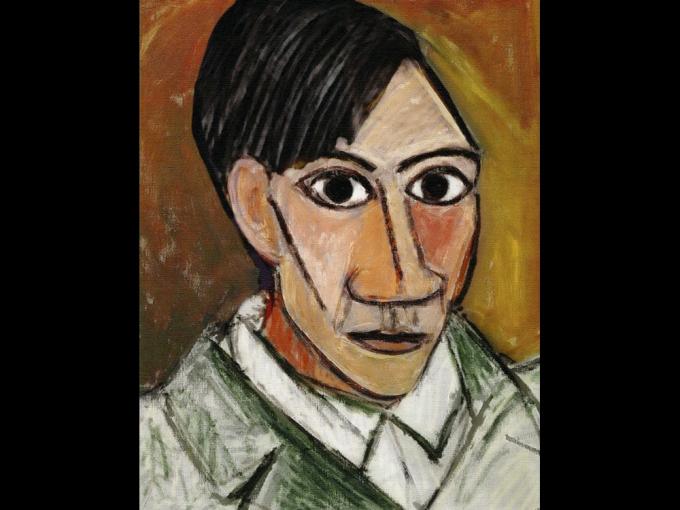 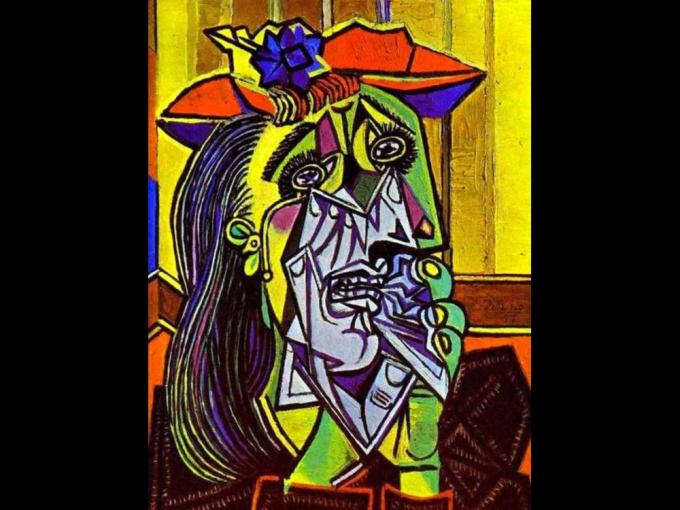 The woman who cries

Representing the face of a desperate, suffering, crying woman... this woman painted by Picasso represents another of the most historically charged paintings next to the famous Guernica. The work was painted in 1937 after the Spanish Civil War. In August 1986 'The woman who cries' was stolen from the National Museum in Melbourne, Australia, where it had been kept since 1985. Fortunately, the painting was recovered without any damage. 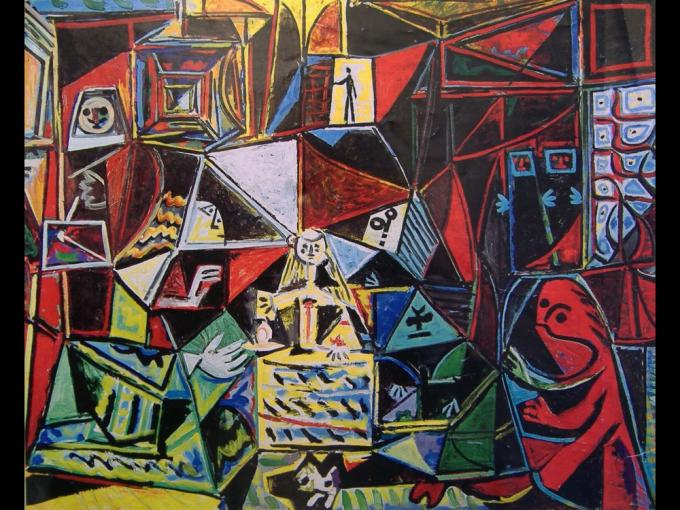 Picasso painted up to 58 paintings in honour of Velázquez's. The artist himself donated these pieces to the Catalan museum in May 1968, in memory of the poet Jaime Sabartés. 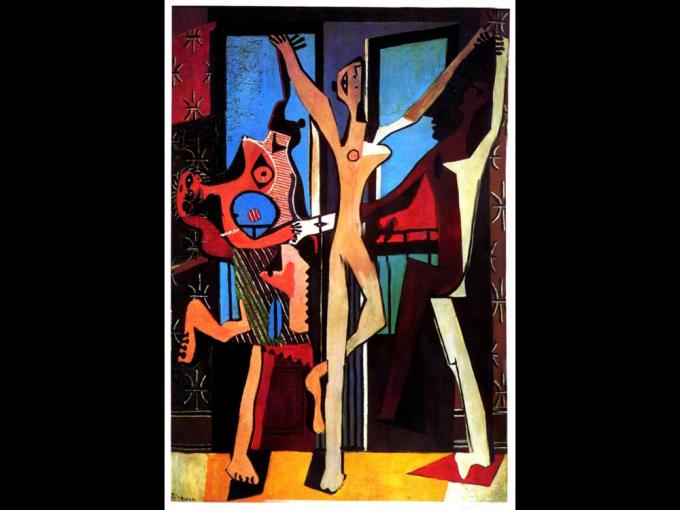 The dance is a painting from 1925, when Picasso was married to the Russian dancer Olga Khokhlova. This is why the painting portrays a group of women with their hands linked dancing inside a room through whose windows the blue sky can be seen. The painting is currently in the Tate Modern gallery in London, UK. 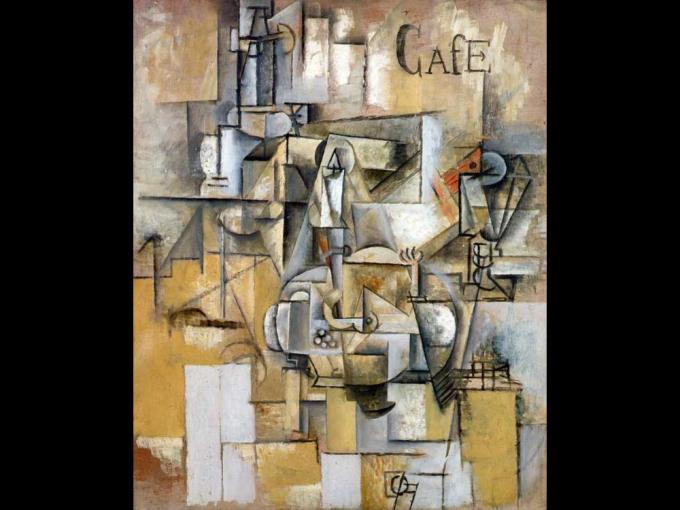 Pablo Picasso painted this picture in 1911. It depicts various geometric figures like rectangles and circles in shades of grey and white on an ochre background, with the word 'brown' in capital letters standing out from the painting. This oil on canvas is in the Museum of Modern Art in Paris (France).

Myths about the universe