Common fears and phobias in dogs

Fears and phobias are quite common in dogs. They can stem from a variety of causes, including lack of early socialisation or bad experiences.

Though phobias are common, it can sometimes be a challenge to work out exactly what is causing your dog’s distress. Fortunately, once the fear has been established there’s plenty of ways to help your dog overcome their turmoil.

Dogs can develop fears and phobias to a variety of loud sounds, people, places, and objects.

Our four-legged friends tend to express their fear in several ways. They may shake, pace, whine, bark, cower, hide, or even exhibit signs of fear reactivity, which is often confused with aggression. It is also common for their pupils to dilate, to tilt their ears back and to hide their tail between their legs.

So, how do you know when your dog’s fear has become a phobia?

According to the Chief Veterinary Officer of the American Kennel Club (AKC), Jerry Klein a phobia is an “intense and persistent fear that occurs when a dog is confronted with something that might feel threatening, such as a thunderstorm. Some dogs can even anticipate it.”

A phobia denotes fear that goes beyond a rational response.

Dealing with fear requires time and patience, but there’s a number of techniques, including desensitisation that can help your dog relax.

Often fears are borne out of over protection or lack of socialisation with other dogs and humans, which can be gradually overcome with behavioural changes. In some instances if a dog’s fear is chronic or overwhelming - it could be advisable to consult with an animal behaviour therapist.

Some of the most common fears for dogs explained: 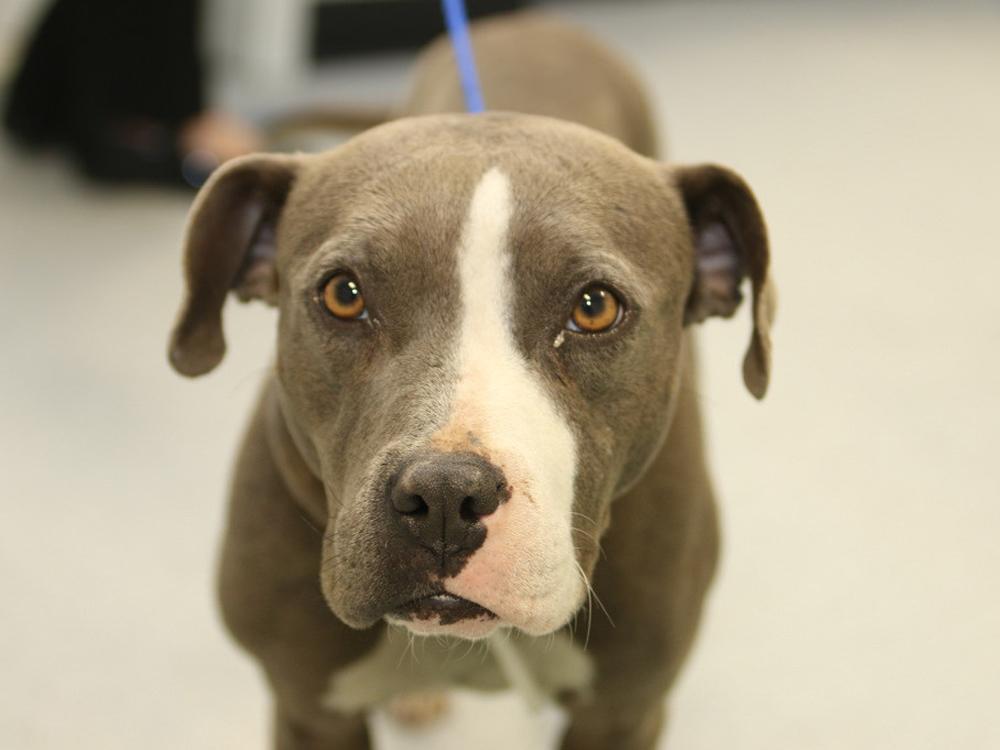 Going up and down stairs

It might not be initially evident that your dog is scared of stairs, until they put on the breaks as they approach a set of steps. This phobia is most often due to a lack of early socialisation and exposure.

A dog who isn't exposed to steps as a young puppy may develop a fear of going up and down them when they encounter a stairway later in life.

If a dog has experienced a fall or accident on stairs, this also could be a cause of the fear.

Some dogs can overcome this fear if the process of  going up and down steps is turned into a game. Other dogs may need to learn to navigate stairs - literally - step by step. This will take time and lots of positive reinforcement.

Older dogs may become reluctant to use stairs if they have arthritis or other mobility issues so before assuming this fear is irrational, make sure you rule out any medical issues that may be causing this behaviour. 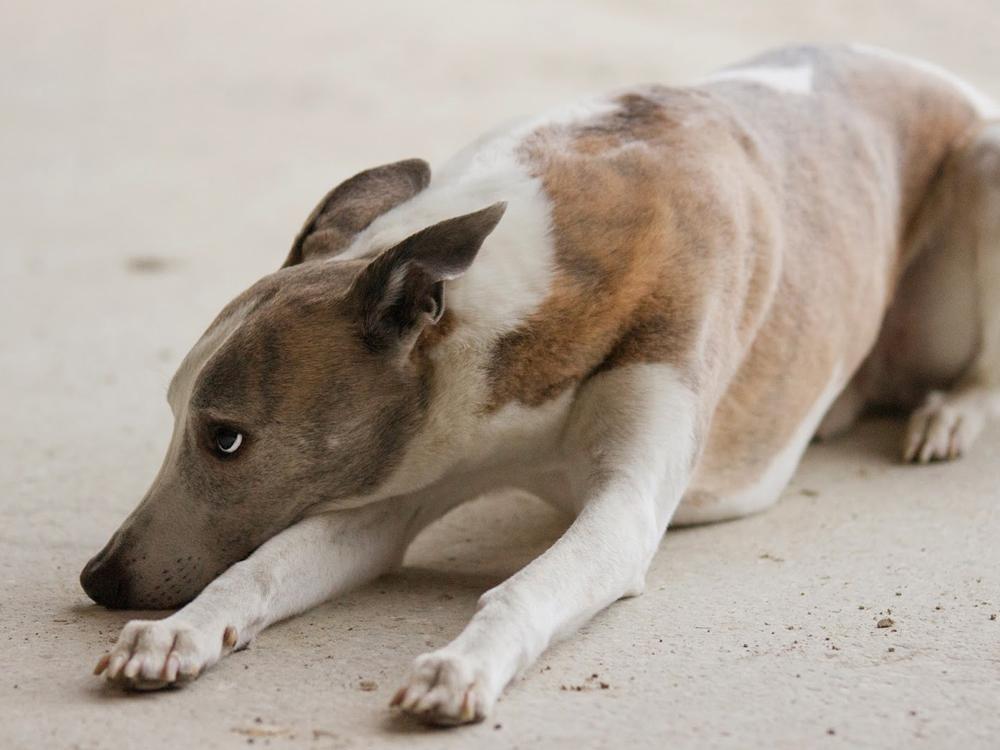 Dogs can develop a phobia or fear of a specific object for a variety of reasons. In many cases, it's simply the fact that the dog is frightened of something unfamiliar.

The sound of a vacuum cleaner, for example, can make a dog feel like it’s under attack.

A few ways to deal with this fear include: putting the offending object out of sight, using treats to reward your dog when it approaches the particular object, gradually desensitising the dog to the object - which can be a particularly good option for the vacuum cleaner. 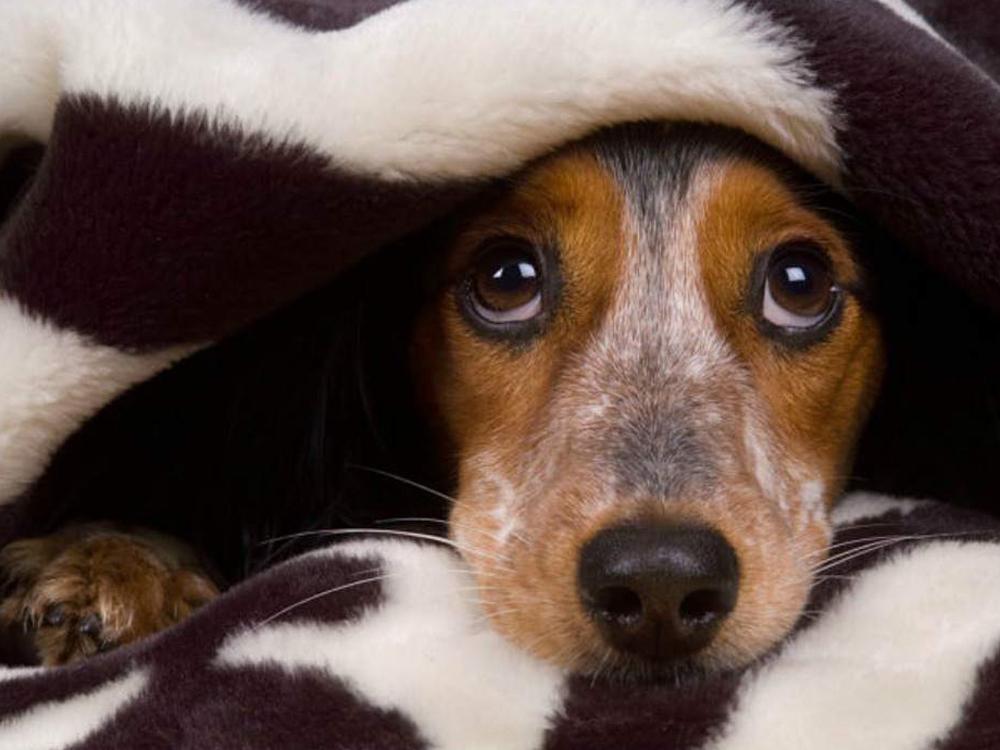 Using a lift can be a confusing experience for dogs. Some develop a fear of the confined space and odd motions. The best way to help your dog overcome this fear is through using desensitising techniques. 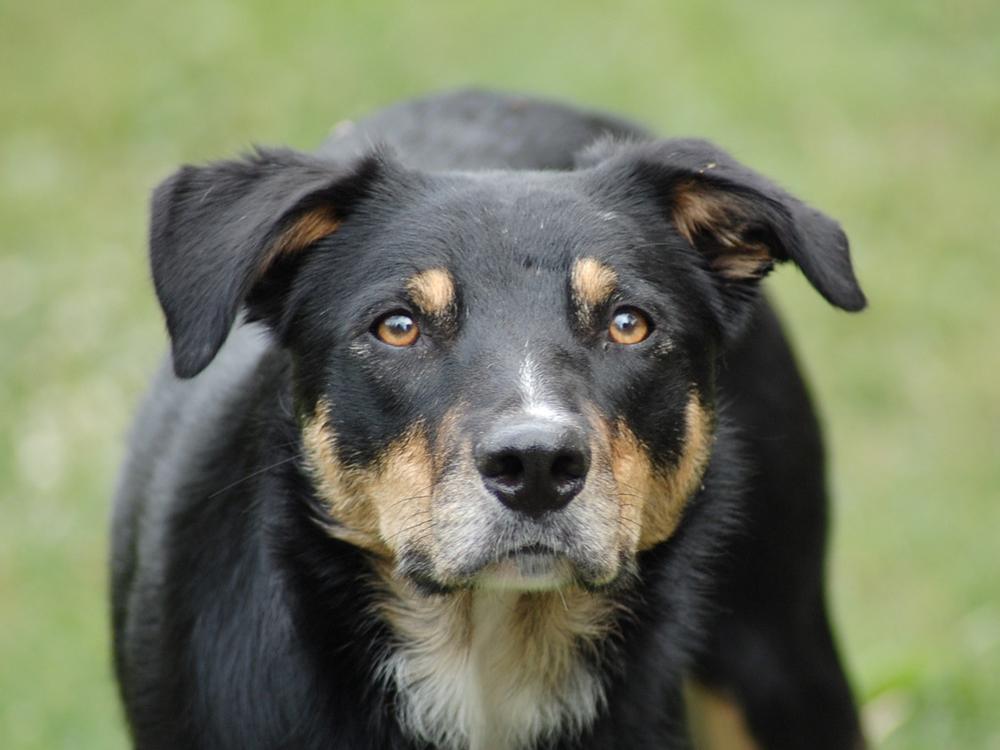 Fear is the most common reason for aggression in dogs towards people. Dogs who are fearful of people should be slowly desensitised to people they don’t know in a non-threatening manner.

Keep in mind that a fearful dog may growl, snap, or bite someone as a result of this fear. 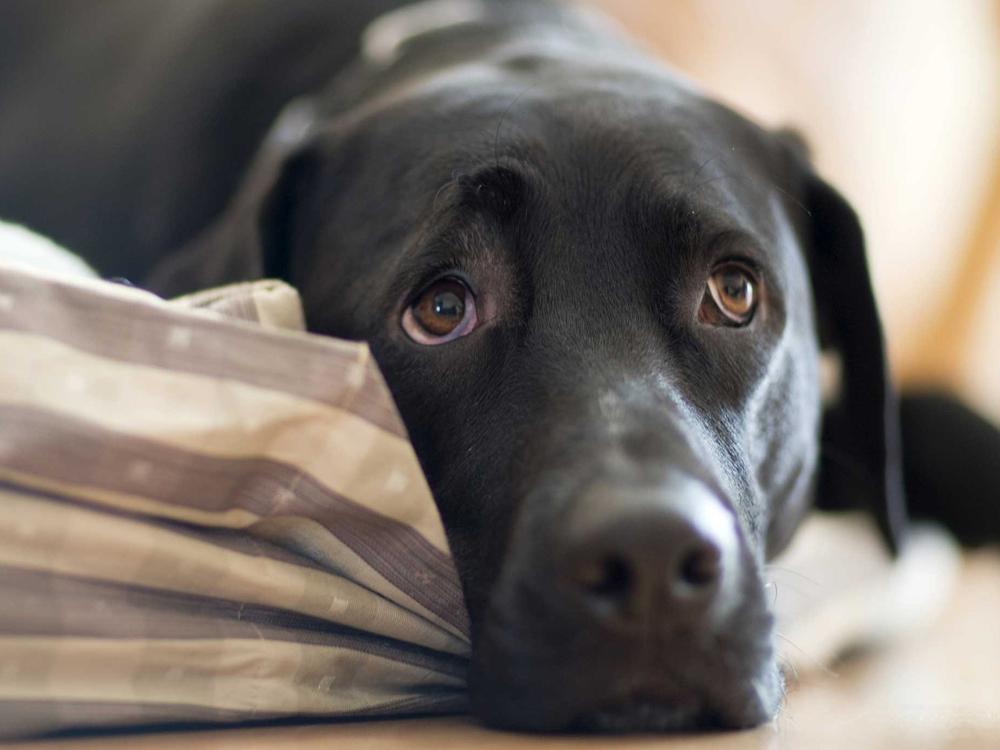 Dogs often develop a fear of children if they are not exposed to them as young puppies. Try your best to expose your pup to children to help avoid this trauma.

While a child's intentions may be good, a dog may interpret a child’s sign affection as a threat. Some dogs may not understand a child's noises, uncoordinated movements, or their small size, resulting in a fear response. Dog owners who are dealing with a dog with a fear of children should consult a dog trainer or behaviourist to help with this phobia. 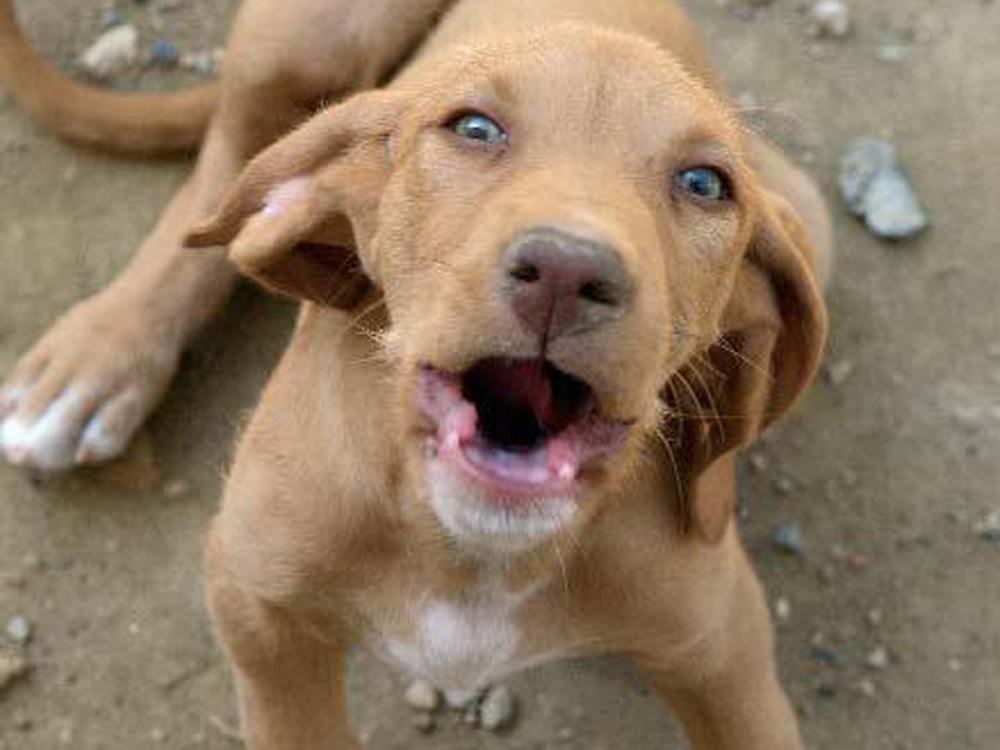 Puppies tend to be full of energy and very excitable, which can cause older dogs anxiety. Older dogs can sometimes feel threatened by puppies, but this is likely due to a lack of socialisation with other dogs previously. 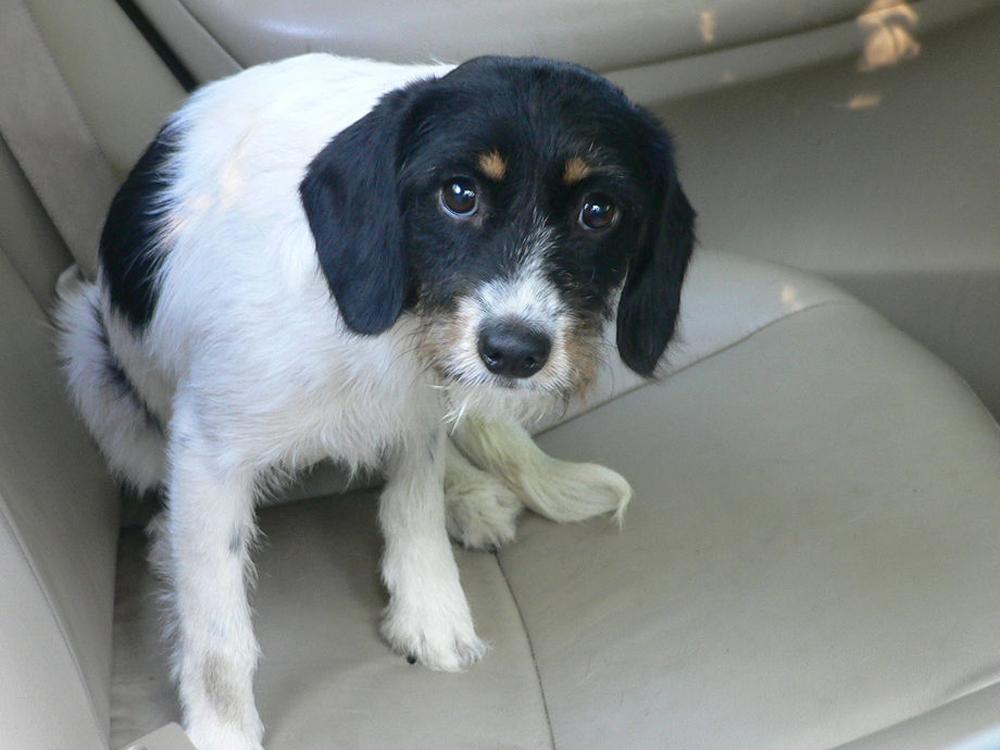 Some dogs have a fear of car rides. This could be due to lack of early exposure or having a bad experience while in a car - such as being ill, or by journey ending in distress (for example  being left at a rescue centre or only going in the car for trips to the vets).

It's possible to help your dog overcome their fear of taking trips in the car by using treats and praise to slowly coax your dog into the car and then working up to taking rides in small steps.

Ensure that journeys are short and lead to a happy destination for the dog - such as a park to go for a walk. 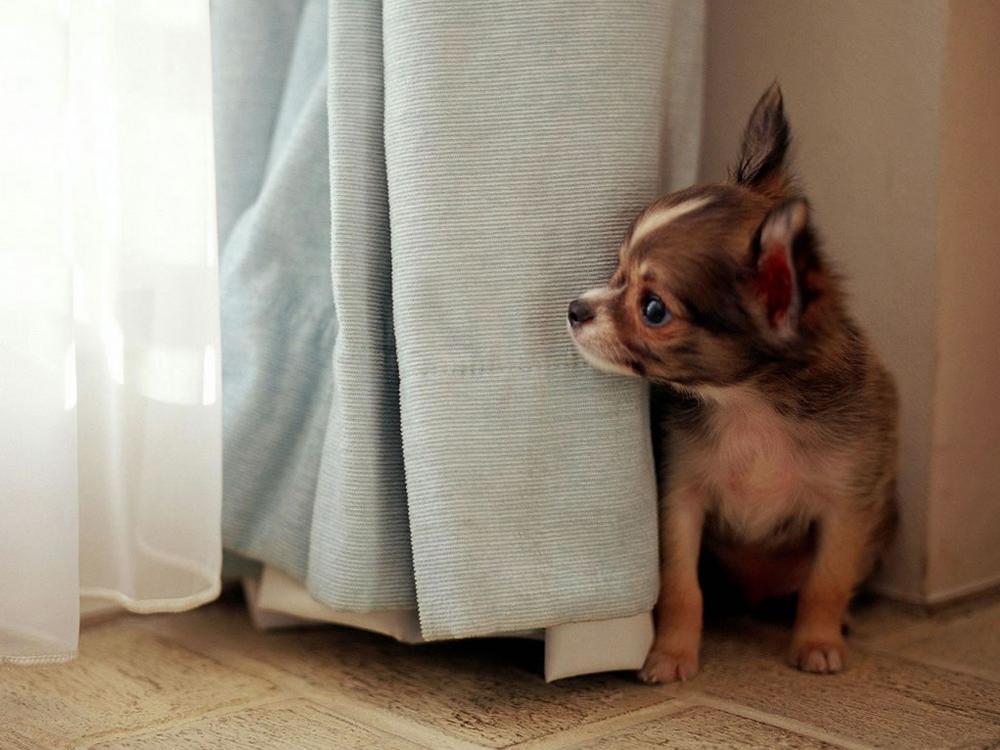 This fear can be a result of a feeling of defencelessness, especially if the other animal is bigger or more energetic. This is a common fear that can be dealt with by controlled socialisation sessions. 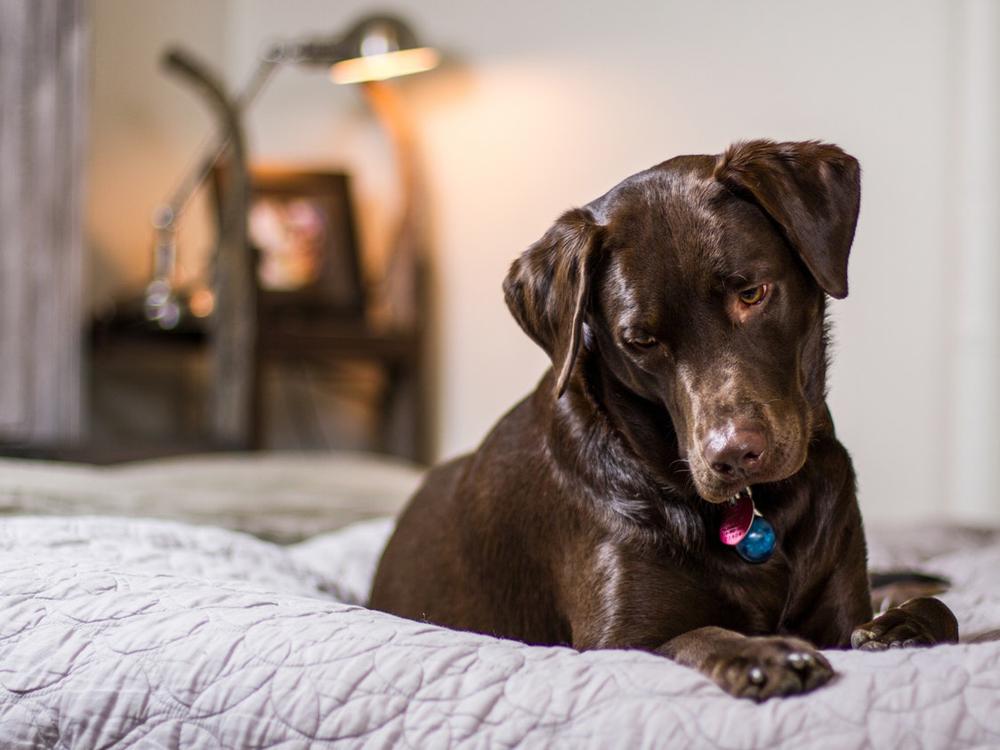 This is linked to a fear of unfamiliar objects, but is followed by the confusion around thinking the object is alive.

The fear can cause a dog to become aggressive, but this can be resolved by gradually allowing your dog to become more familiar with the particular object they are scared of. 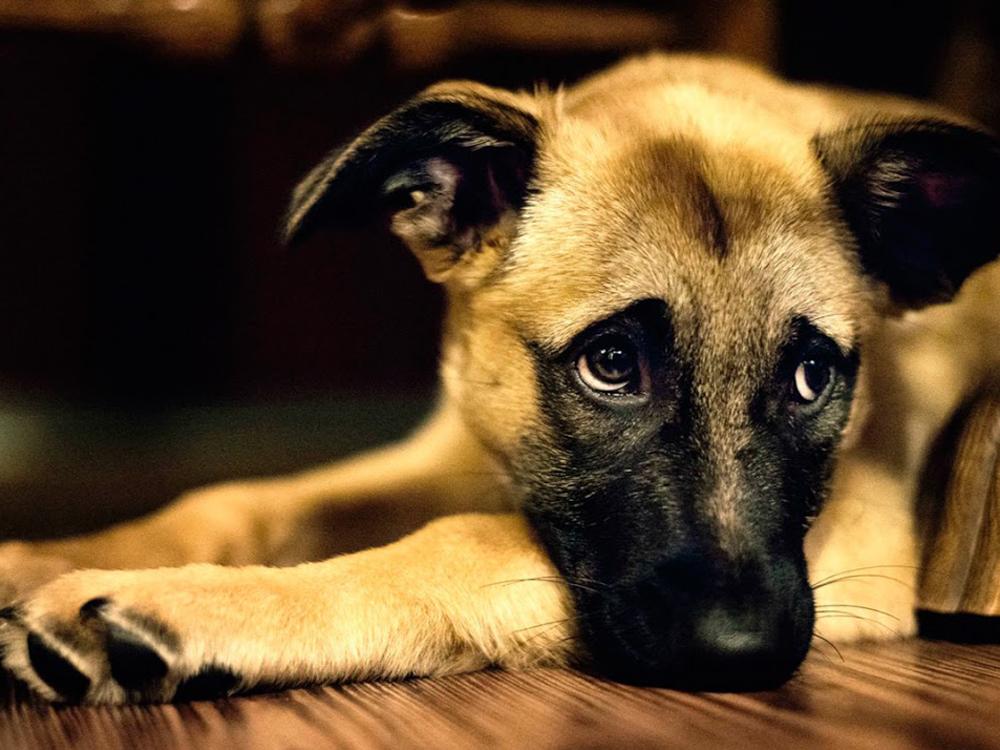 The fear of being left alone at home is called separation anxiety.

Dogs who suffer from separation anxiety tend to react with destructive behaviours or excessive barking as soon as their owner leaves them alone in the home.

One way to potentially reduce a dog’s anxiety is by trying to be as low key and discreet as possible about leaving and returning home. Desensitisation, the process of slowly teaching your dog to get used to being left home alone, can also be a beneficial training practice.

You could try exercises such as going through the motions of leaving the home, closing the door for a few minutes, returning and then giving your dog praise for staying calm. This process takes time but with a little patience many dogs can learn to stay calm at home alone.

You may find that training a dog to stay in a crate or basket while you’re away may also help. 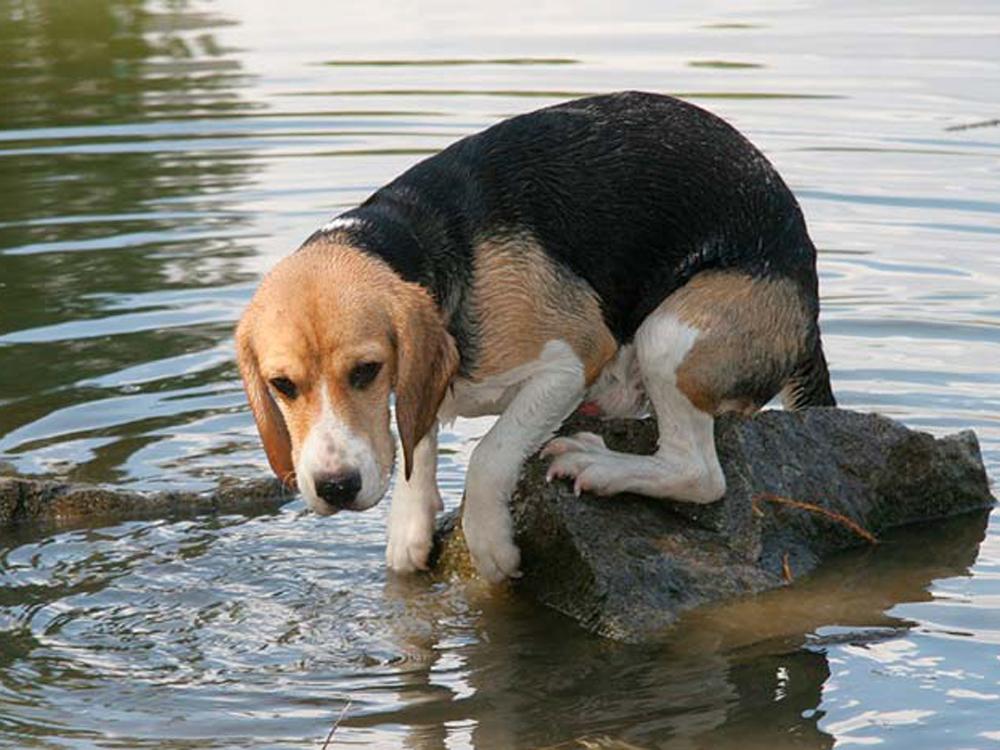 If a dog is afraid of water, many experts believe that this is because they have a bad experience as a puppy, or when they were a younger dog. Another reason a dog may be scared of water is because they don't know what it is.

Many dogs can eventually be taught to overcome their aversion to water, which is a good thing. Giving your dog the occasional bath helps support a healthy coat and swimming can be a great form of exercise - even for pets who struggle with pain, arthritis or injury.

It’s important that a dog is introduced to water very gradually - as bad experiences can cause existing fears to intensify. Following strategies such as shallow wading and teaching a dog how to get in and out of the water are good starting points.

Of course, like people, some dogs like water more than others - sometimes it’s more down to personality and taste than a phobia. 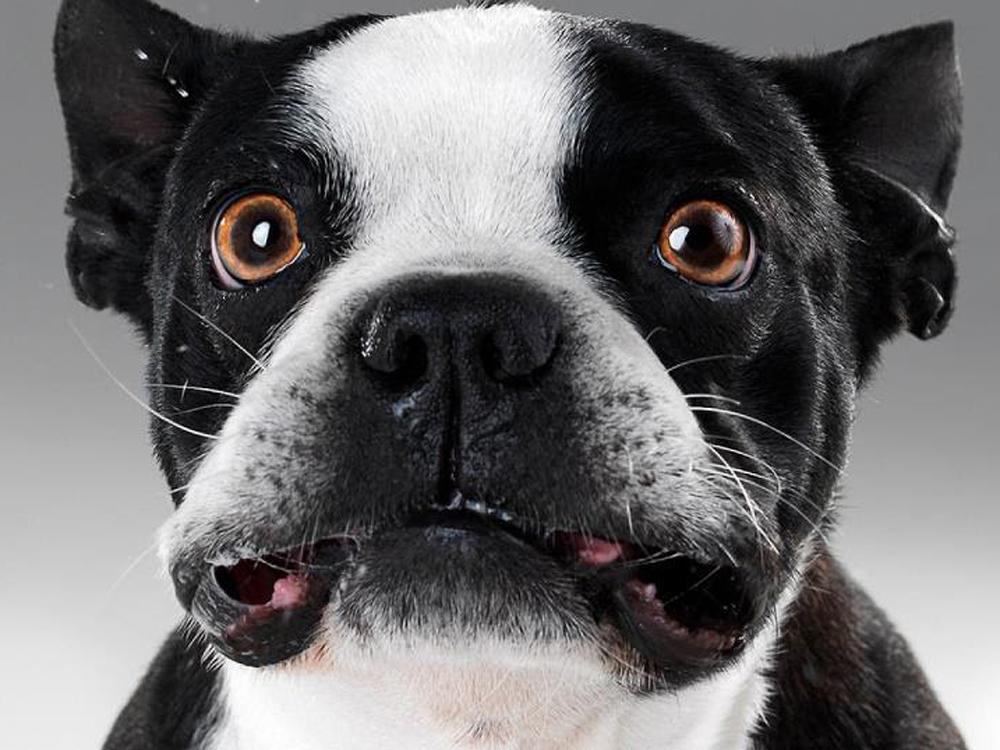 Fear of the vets for dogs is a little like humans being scared to go to the doctors or dentist. If your dog has to visit on a regular basis - trying taking different routes so the journey isn’t too difficult. Make sure you take treats and offer lots of praise if your dog remains calm during the trip.

If there are no other phobias involved, fear of the vet may be dealt with simply by bringing a dog to the vet for a few social visits that don't involve an examination. 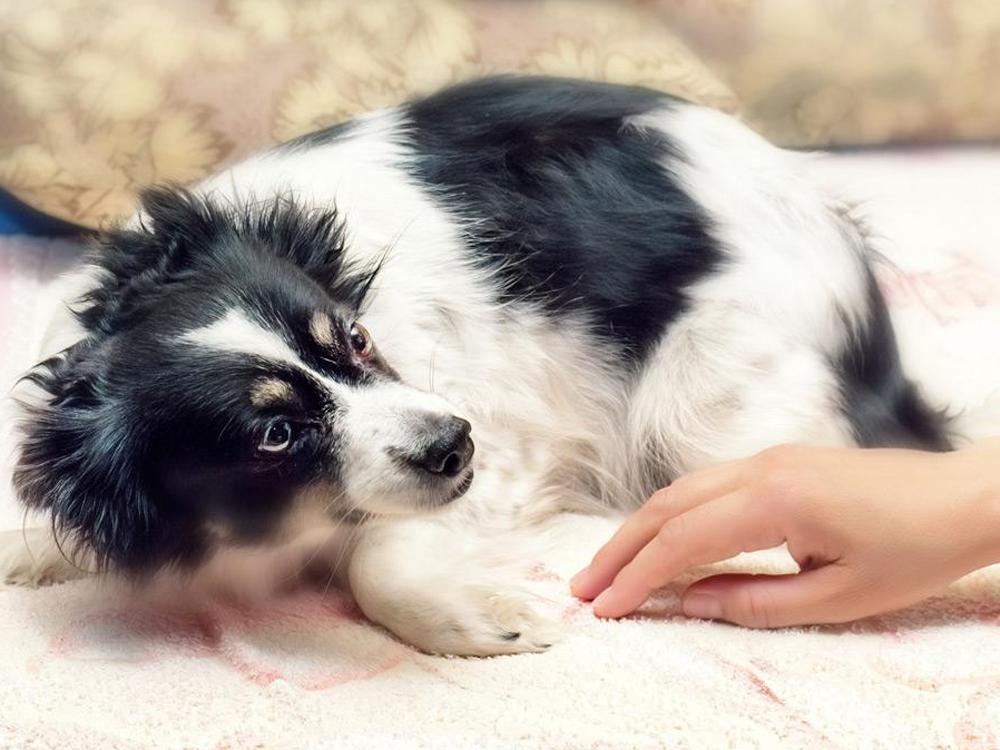 The loud and unpredictable sounds and light displays of fireworks can terrify many dogs, as can a fear of  thunder, or ‘astraphobia’. The severeness of the phobia will differ from dog to dog.

A mild phobia may result in a dog trembling slightly or you may notice flattened ears, wide eyes, and a tucked tail. Other dogs may have a more severe phobia which leads them to hide, become destructive, or even lose control of their bowels or bladder.

You may be able to help your dog to slowly get used to the sound of fireworks or thunder, which may eliminate their phobia.

You may also find that a fear of fireworks or thunder does not necessarily mean a general fear of loud noises.

In other cases, you may need to use management techniques. Dogs with a severe phobia of fireworks may need to be treated with anti-anxiety medications or sedatives, but this would only be prescribed by a vet.

Why do dogs howl?