If you charge your mobile all night, do you damage the battery? Do mobile phone companies deliberately slow down existing models when a new model is launched? Does the computer have to be turned off every night for it to work properly and last longer? Can X-ray machines at the airport erase the mobile's memory?

Are the above truth or myth? What do you think?

Keeping up with all the ins and outs of technology in this rapidly changing world can be difficult, can't it? It's completely understandable (and inevitable) that some false information slips into the network, here and there. But when disinformation becomes a myth, it can persist in culture for years, long after it has been discredited.

The "global village" was created by U.S. media researcher Marshal McLuhan, who as early as 1964 put forward the idea that in the electronic age, everyone would have access to the same information through technology.

This seems to have been confirmed by the Internet. But the evidence suggests that the centralising trend of global monopoly media is growing. A small number of companies, including Facebook and Google, now control information around the world, and almost all are American.

And, in emerging economies and authoritarian states, hopes of democratising social movements are being dashed by the growing incursion of government propaganda into the online space.

And remember, our anonymity and privacy can easily be compromised on the web, as can the reliability of news circulating on the Internet. To avoid being a victim of computer intruders, it is advisable to use a combination of security software and VPN network. This will not only protect our privacy but will also guarantee our security by encrypting data packets.

The Internet was expected to renew democracy, address the hegemony of monopoly news providers, and bring us all into a global community. But, in recent months, that idea has been undermined by a new myth that suggests that democracy is, in fact, overthrown by the Internet: Russian robots, false news, and that news organisations are losing their power to keep people informed.

So let's take a walk through the most widespread myths on the web. Do you think any of them yet? 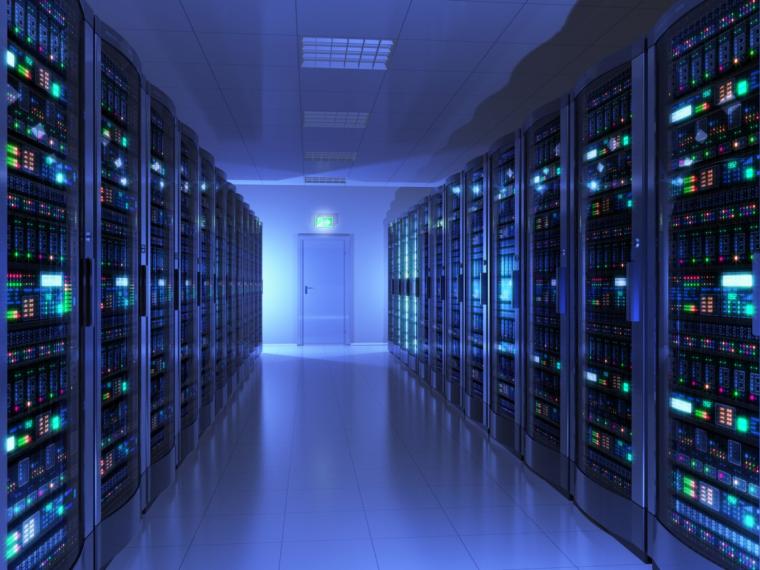 X-rays used by airport security scanners will not erase a laptop hard drive or smartphone memory or damage the information it contains, as they would need a magnet to do so. X-rays can damage old school film rolls but nothing digital. So you don't have to worry (if you did).

The more megapixels, the better photos 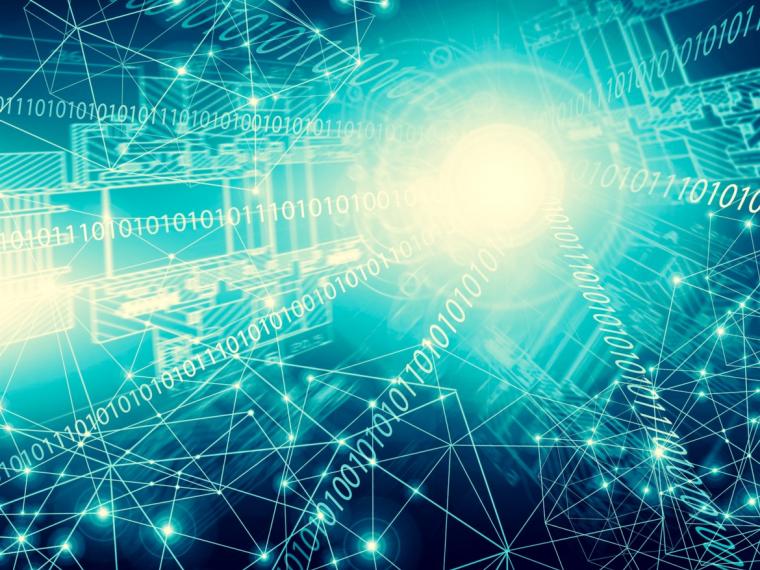 It's a myth that circulates on the Internet because of a campaign interview of the politician for CNN. The first website was created in 1960 by a group of scientists at CERN. The technology was developed to accelerate the exchange of information between scientists and researchers.

The man who invented the World Wide Web was the British scientist Tim Berners-Lee back in 1989. Why do people think Al Gore invented the Internet? Al Gore commented on taking the initiative to invent the Internet in that interview for CNN. And so the myth began. 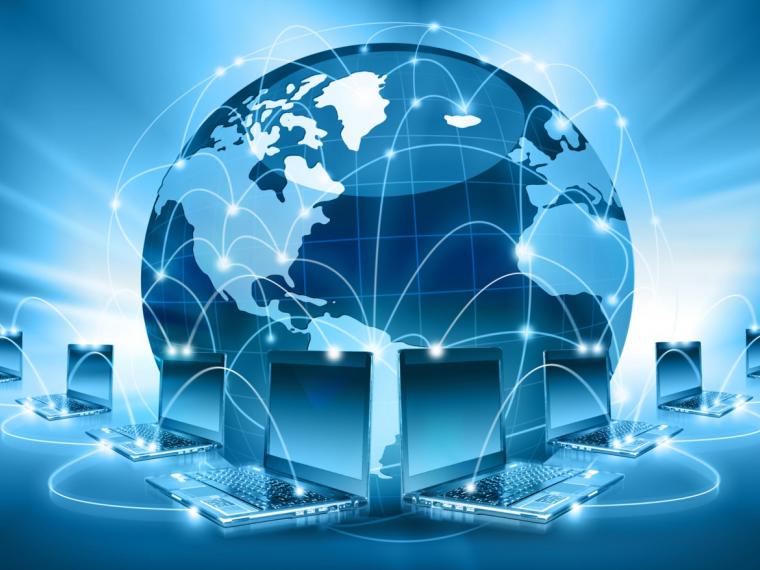 If you charge your mobile all night, you damage the battery.

How many times have you heard this phrase? Many believe it. This myth is clearly false. Today, charging the phone all night will not ruin the phone's battery.

It is true that, years ago, overcharging the batteries in phones could overheat them or wear out their life cycle. Fortunately, both smartphones and batteries have advanced significantly since then, so you don't have to worry. 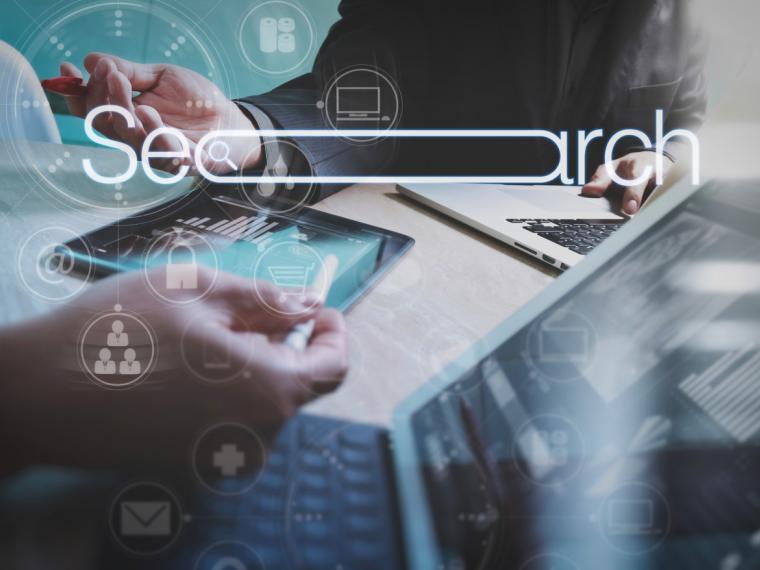 This is possibly one of the most popular Internet privacy myths. Many people have been fooled into believing that private browser mode can protect them against spies. The truth of the matter is that all private browsing does is disable web caching and browsing history.

Although this keeps online history private, it will not prevent sessions from being monitored. It is still possible to hunt down information and use it to identify the IP address and all the websites you have visited during that browsing session. Mobile companies deliberately slow down existing models when a new model is launched.

We can't say for sure that any smartphone company slows down the speed of the phone, but it's hard to prove that it was done deliberately. Mobile phones slow down over time because advances in software and technology require more system upgrades that use more processing power.

Thus, these updates stretch the limits of the phones and slow them down. This process happens naturally, so mobile manufacturers don't really need to manually slow down phones to convince us to buy a new handset.

Still, Samsung and Apple were charged with deliberate slowing and fined for it in Italy. However, even in that case, all companies would be guilty for simply telling customers to install the latest operating system, as these systems were designed for the next generation of hardware and caused major problems when installed on older phones. But was that deliberate? 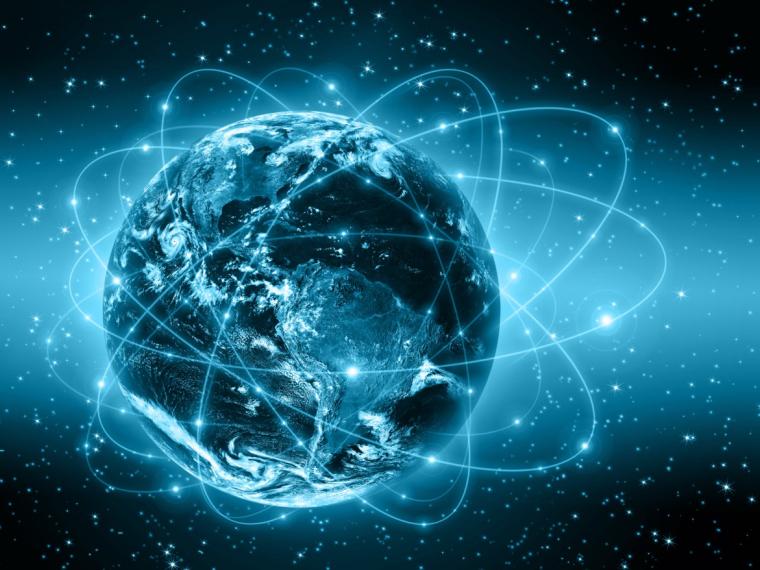 Have you ever read or heard that Bill Gates would give you 5,000 US dollars if you gave "like" and "share" to a certain publication?

It's one of the oldest myths that run on the Internet. It has been around since the late 1990s. He was probably inspired by the announcement, at the time, of Bill Gates' immense wealth, which placed him firmly at the top of the list of the richest people in the world.

The first presentation of this myth was through a chain email, in which we were promised a small fortune for the simple fact of forwarding an email to all contacts. They promised approximately 200 - 250 dollars for each contact that responded, up to tens of thousands. As soon as Facebook arrived, with an easy-to-use design and the ability to quickly publish and share photos, a photo of Bill Gates himself appeared, with a sign promising payment to anyone who gave "I like" and "share" the photo.

As you can imagine, there is absolutely no truth in any of these stories. In the worst case scenario, you may be installing malware on your device. 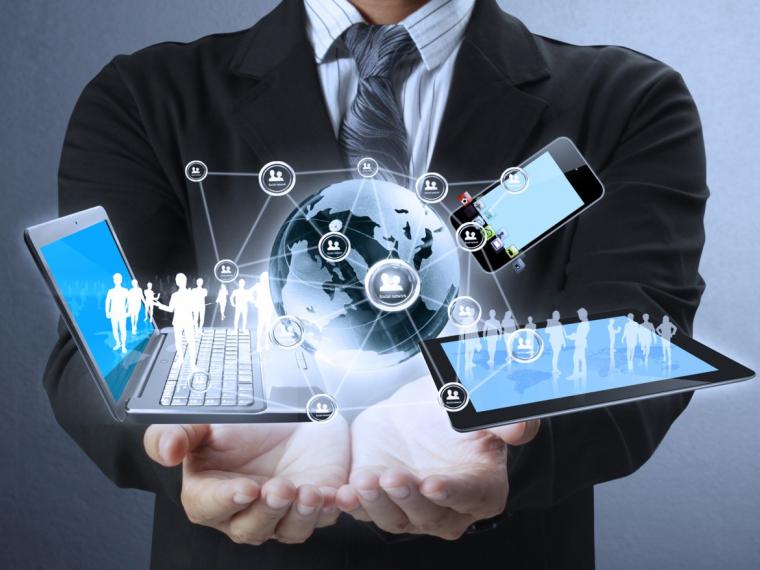 We might believe that staying away from pirate, adult and other cloudy sites keeps our devices safe. This is not necessarily true because simply connecting to the Internet puts us at risk of being vulnerable to computer intruders.

Needless to say, attacks can happen at any time. Security can be compromised even by the simple fact that someone passes through your social networking pages, clicks on ads or opens an email designed by experts. Security software protects us against piracy, but it doesn't offer privacy on the Internet. 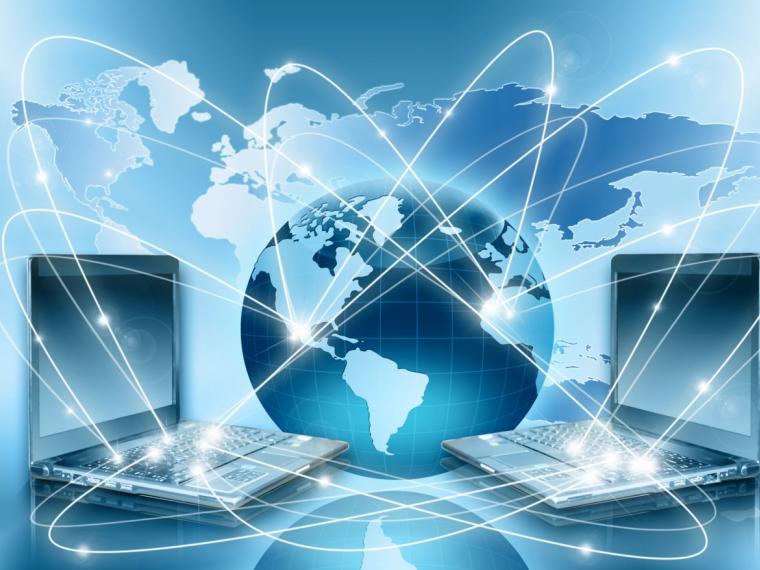 The Truth About IP Addressing

Classic conspiracy movies made the geek hero slip from his hideout to a safe haven, while the 'bad guys' sit miles away, and track him through the IP address of his laptop before sending a missile to kill him.

While this is not true, we can actually be tracked by mobile and GPS on any Wi-Fi laptop or tablet, so there is some truth to this story. The inaccuracy is to attribute the success of tracking to the IP address. An IP address is a loose geographic location and, as such, is not tied to any individual.

Therefore, while faceless authorities may be able to track hackers (and innocent citizens who come across extremely important secrets, of course) it will never be because of the IP address. Geolocating an IP address will only result in the address of the operator who assigns you your IP, not our physical location. 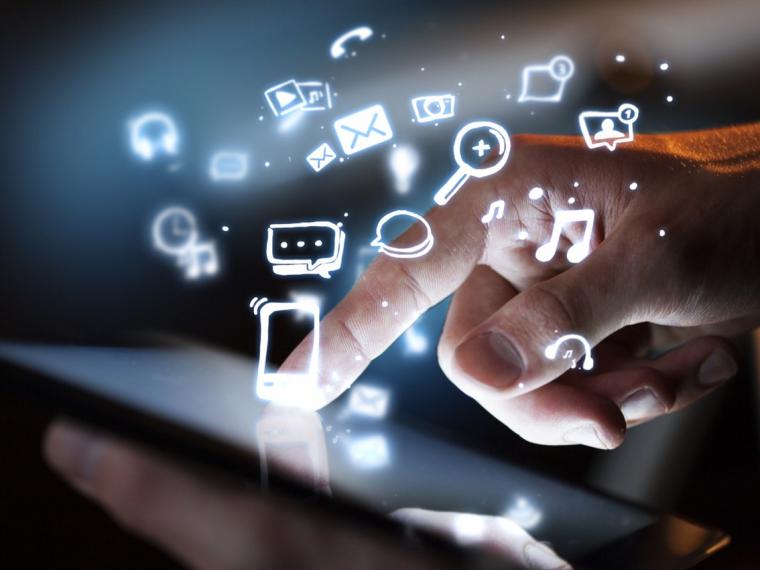 The Internet is full of gifts, isn't it? Many claim to come from some of the world's leading manufacturers (Samsung, Apple and Microsoft are just three of the companies that have been targeted by these annoying scams).

Publishing, usually on Facebook, Twitter or another social network leads us to "retweet this tweet or to "like it" and share the publication and you can earn a mobile phone, an iPad, some program or even cash. They often ask for certain information, such as name and address (so they can send the article, of course! if not, how else would they do it?) and an email address.

The truth about these fake sweepstakes is that they are marketing companies looking to collect names and addresses to sell to others who are even more annoying. Next time you're tempted by one of these offers, think of the saying, 'If something seems too good to be true, it probably is”.. 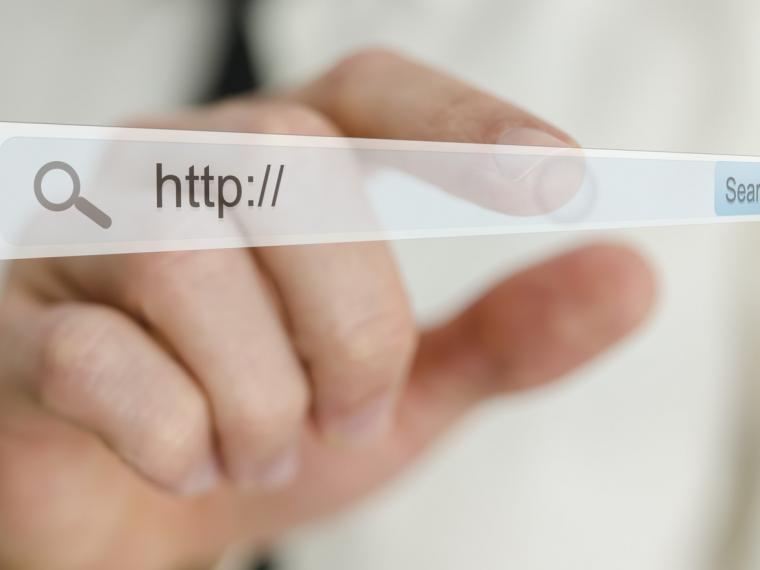 The computer must be turned off every night for it to work properly.

Truth or myth? Turning off the computer every night does not affect the operation of the device. If you still have a PC from the 1990s, you might be able to extend its life a little longer by turning it off every night, but even this is debatable. Modern computers have fewer mechanical components and better power management than older machines. These advances minimise shutdown and reboot effects. While the device will need to be restarted occasionally to install updates, it does not need to be turned off every night. 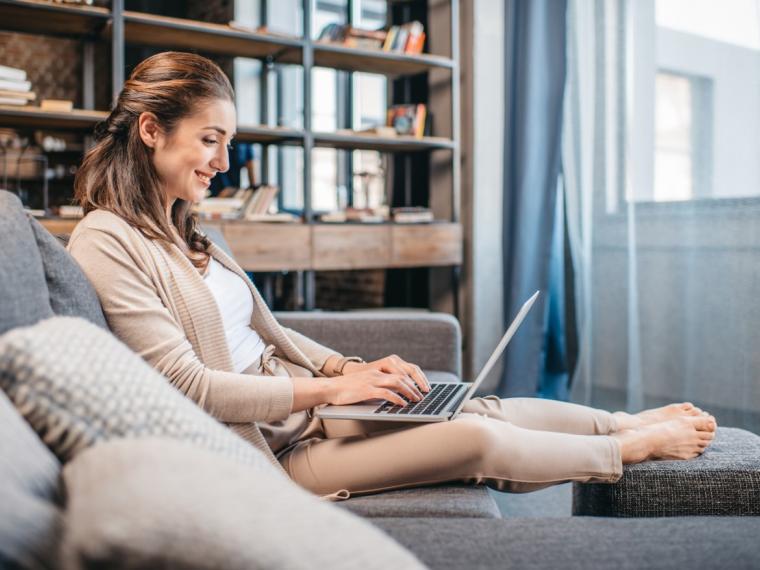 It's a myth spread all over the net. While it is true that it does not happen as often as with PCs, they can be infected with computer viruses. This myth probably stems from years gone by when Apple's market share was much lower and therefore the chances of contagion lower.

Why? The initial Macs had two major advantages in staying virus-free: First, the source code was more difficult to access. Second, the percentage of people with Macs was so small that it wasn't worth creating a virus for them. Today, they are everywhere. 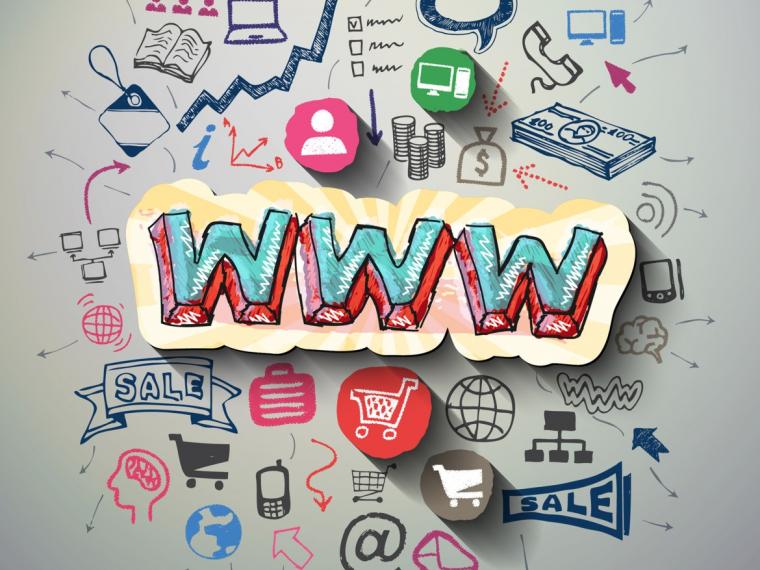 Having a secure password in itself is a positive thing, of course. However, it does little to protect you from hackers. A secure password only guarantees a safe browsing experience. With the right software, computer intruders can decrypt even the most complex passwords to access our accounts. 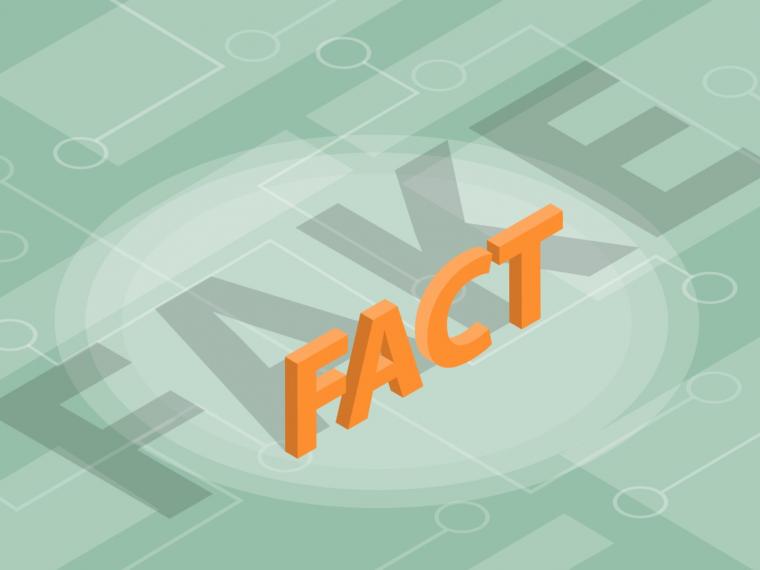 Unfortunately, this isn't true either. Even if it's an accident, many corporate cybercrime cases often lead to company personnel. It could be an employee who is angry about something or even an innocent mistake. But, it only takes one click to open the network to the "bad guys".

Deleted files can never be recovered

Deleting a file from the computer does not make them disappear. Not at all. Deleted files can be recovered, even after emptying the recycle bin. Modern solid state drives (SSDs) make this more difficult, but it's still possible with the right data recovery software.

In fact, this type of software is the order of the day in today's market. When it comes to digital files, you simply have to assume that everything you believe will be there forever. 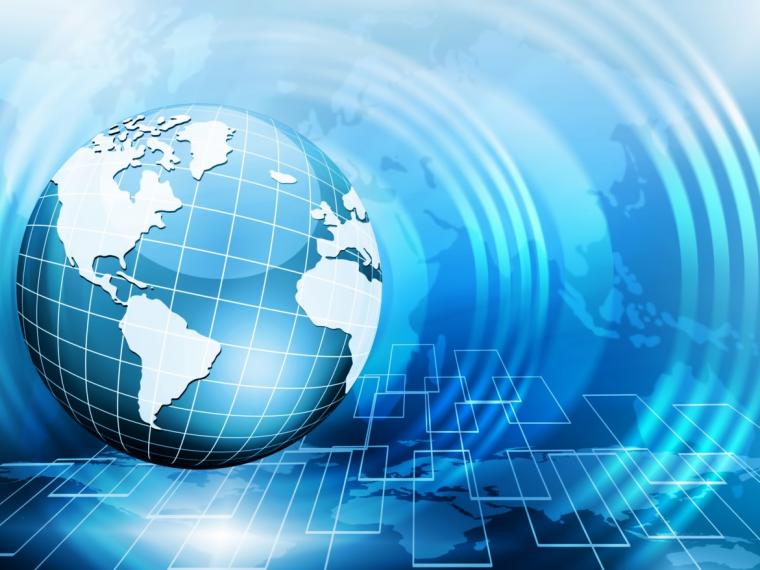 The data collected by websites are not sensitive

Most websites have the ability to capture our "footprints" every time we visit them. This is often done under the pretext of making future browsing sessions more comfortable. However, this raises a number of privacy issues, as advertisers, government agencies and even computer intruders can easily access the data stored by cookies.

Therefore, all data that websites collect from us is confidential.

Inventions that changed the history of the automobile