Stan Lee is the most famous character in the history of comics, a testament to his talent as a writer and editor, his longevity and his skills for self-promotion are defining qualities. His editorial approach to the genre of superheroes created a universe of enduring fictional characters, taking the world of comics to a higher level of entertainment for children and adults, and helped establish the Marvel Comics brand as one of the most successful and famous publishing publishers.

Along with artists and visual narrators like Jack Kirby, Steve Ditko, Don Heck and others, Lee contributed decisively to the creation of many of the comic book characters that populate the Marvel universe: the Fantastic Four, Hulk, Iron Man, Thor, Spider-Man and many other superheroes, villains and side characters.

Lee’s career covered almost the entire history of comics: it began in 1940 at the dawn of what was to be known as the Golden Age of comics, continued as a driving force in the rebirth of the superhero genre in the Silver Age of the 1960s, and remained an important figure in the industry as president emeritus of Marvel Comics until his death, November 12, 2018 at the age of 95.

Stanley Martin Leiber was born on December 28, 1922 and began his career in the world of comics at the age of 17 when he was hired by his relative, Martin Goodman, editor of Timely Comics (the company that would later become Marvel Comics), to be Office Assistant to publisher Joe Simon.

When he was given the first opportunity to write a story, a short piece of text that appeared in Captain America # 3 of 1941, he signed his name as "Stan Lee". From there, his career was unstoppable.

In his later years, Lee partnered with a wide range of publications and products, about which his creative involvement is somewhat uncertain.

It continued to appear at comic book conventions and Marvel fan festivals until early 2018. His brief appearances have been a popular (and desired) feature in Marvel Comics character-based movies.

Marvel’s comic genius leaves a rich legacy of stories and a lasting footprint on the industry it helped build. He played a decisive role in the transformation of comics so that they were not perceived as frivolous entertainment for children but in an important art form, to be taken into account. Characters created by Stan Lee continue and will continue to resonate in comics, movies, TV series and popular culture. 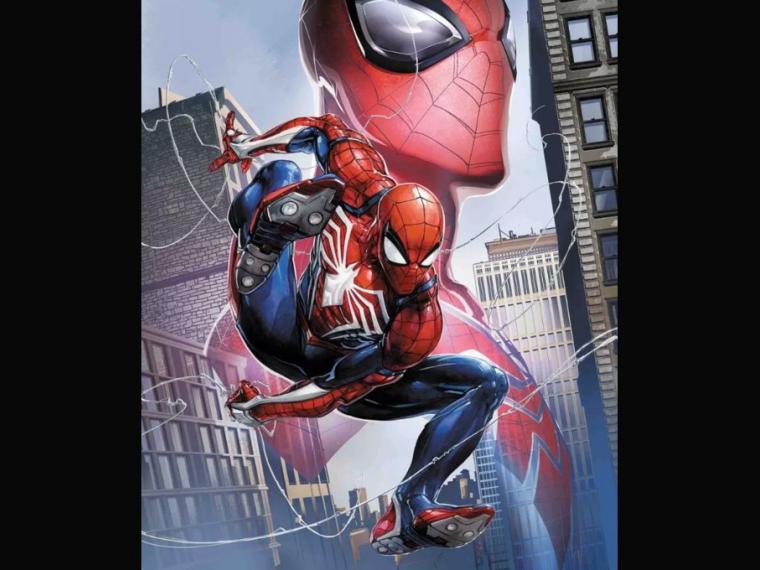 Spider-Man made his debut in the last issue of Amazing Fantasy in 1962. The Amazing Spider-Man series began the following year and helped transform Marvel into the comic giant it is today. 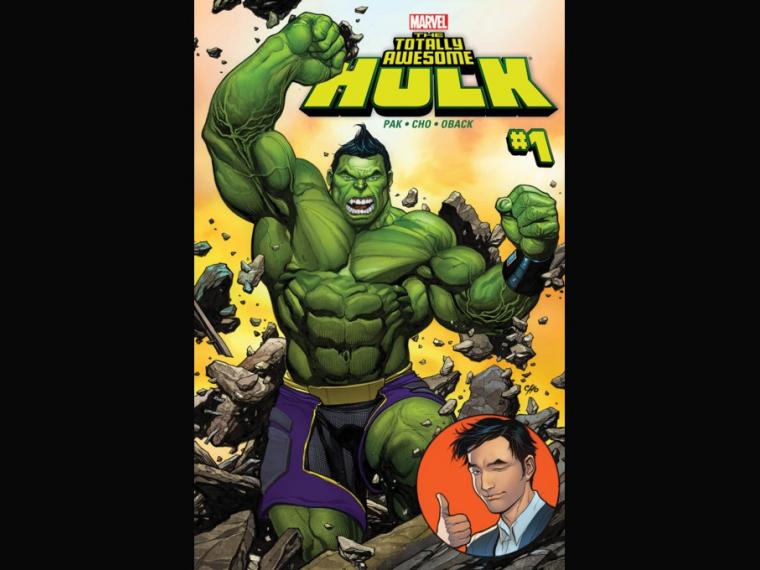 The original Incredible Hulk series was cancelled after only six editions in 1963. Hulk later appeared in The Fantastic Four and The Avengers (as a founding member of that superhero team) and the apparent reluctance to the character became an -incredible- icon of Marvel. 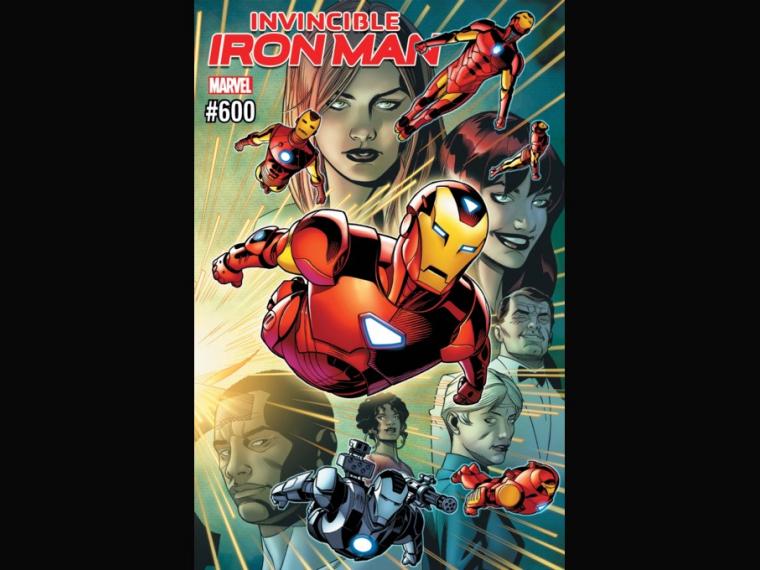 The year 1963 was a good one for Stan Lee and Marvel, as it was the time when Iron Man made his debut in Tales of Suspense (which lasted from 1959 to 1968) as a way to deal with the global battle between capitalism and communism. There is no doubt that the incarnation of Robert Downey Jr as Iron Man in the cinema, placed this character in one of the most beloved of Marvel. 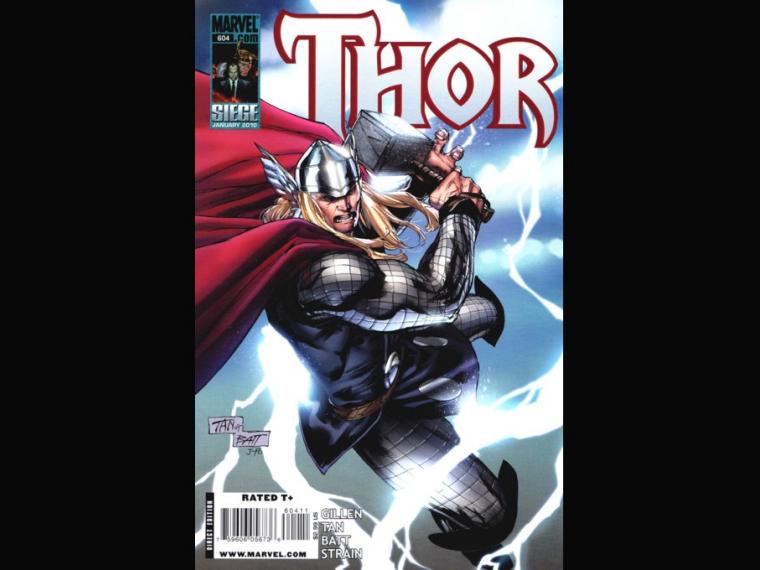 Stan Lee took the god of Nordic mythology named Thor and reinvented him as an incredibly strong Viking-style superhero for the comic book world. His first appearance was in Journey Into Mystery in 1962. Australian actor Chris Hemsworth has also taken the character to a wider audience in counterpart films. 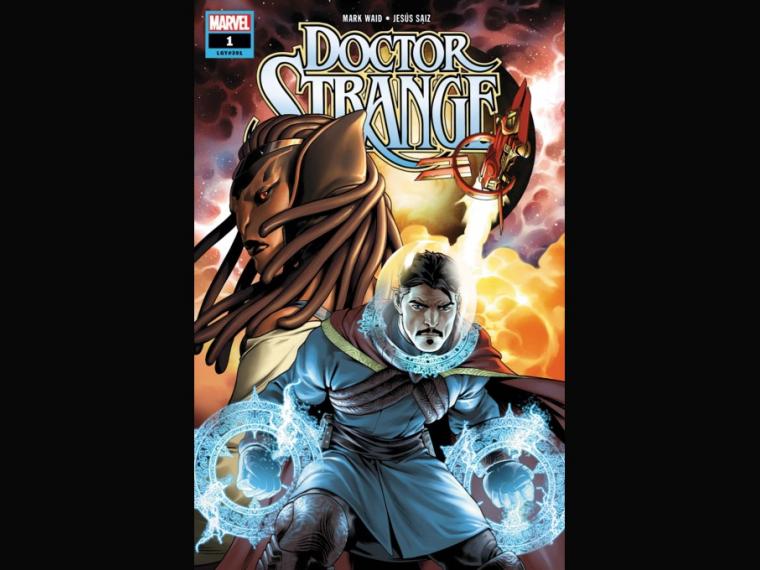 The mystical magician known as Doctor Strange starred in Strange Tales in 1963. The series changed its name in 1968 and since then became a regular Marvel character, even as a member of The New Avengers. Even Stan Lee’s lesser-known creations can dominate the box office, as Doctor Strange, starring Benedict Cumberbatch, raised more than $678 billion worldwide. 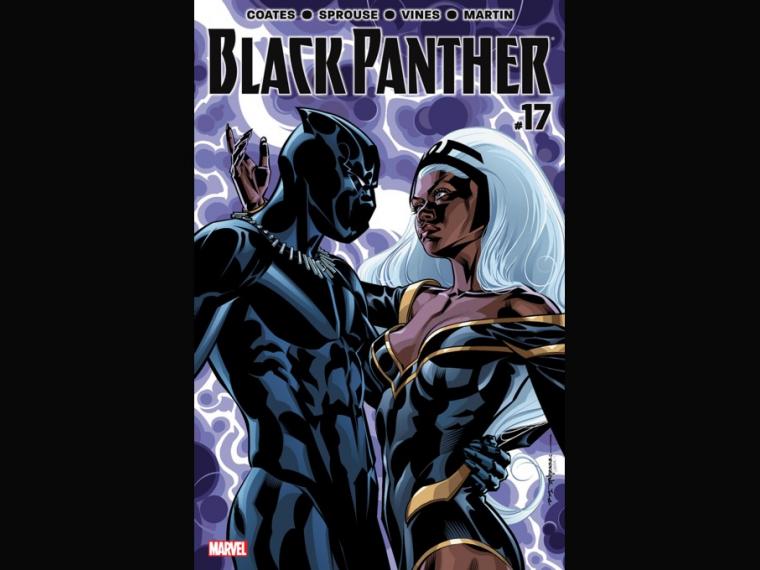 Black Panther, the first great African superhero, debuted in an edition of Fantastic Four in 1966 and joined the Avengers in 1968. 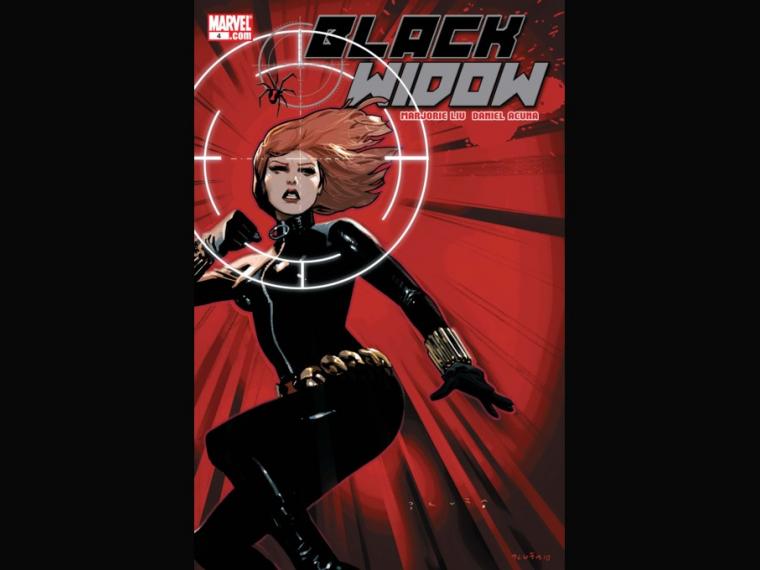 The name Black Widow was first used for this superhero in Mystic Comics in 1940, but Stan Lee reinvented the character as a Russian spy and enemy of Iron Man in 1964. Then he joined SHIELD and the Avengers. 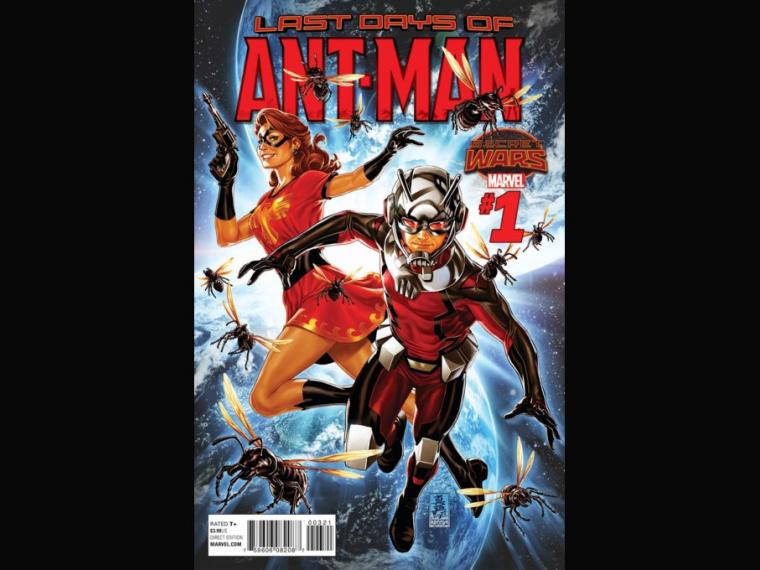 Ant-Man’s first appearance was in Tales to Astonish in 1962. Several Marvel characters have used this name, including Hank Pym, Scott Lang and Eric O'Grady. Actor Paul Rudd added a comic touch to this character in the Marvel universe movies. 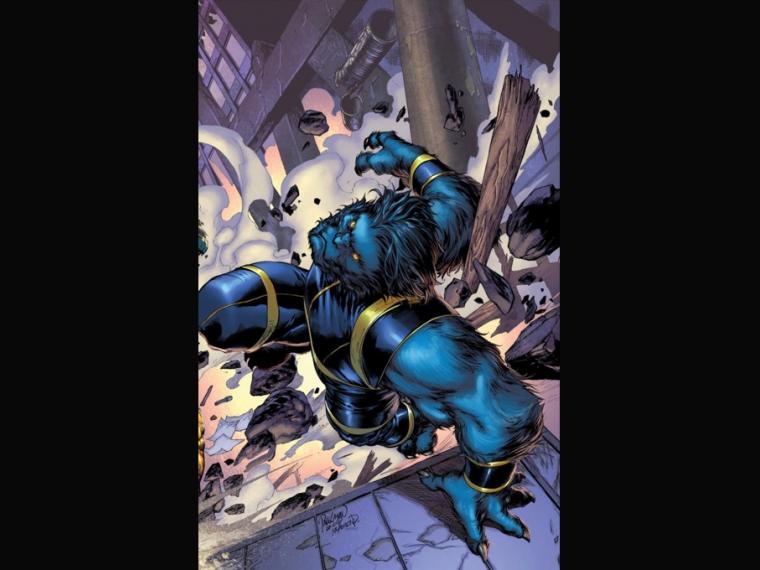 Beast first appeared in Uncanny X-Men vol. #1 in 1963. He is a founding member of the X-Men mutant superhero team. Originally called "The Beast", the character was introduced as a mutant who possesses superhuman agility and physical strength similar to apes, with large hands and feet, a superior intellect and a normal appearance. Later it experienced progressive physiological transformations, permanently gaining physical characteristics more and more animals such as blue skin, feline facial features, pointed ears, fangs and claws. His physical power and senses increased to even greater levels. 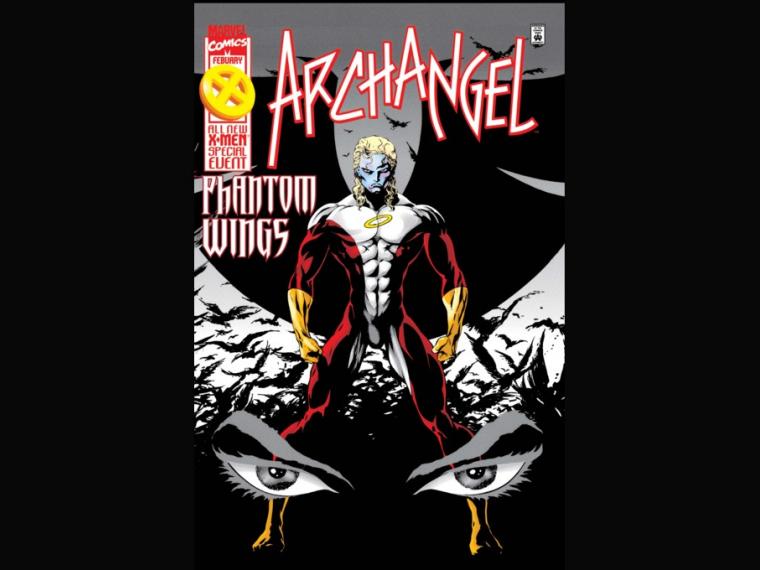 Warren Kenneth Worthington III, originally Angel and later Archangel, is a fictional superhero who appears in American comics published by Marvel Comics in the first issue of The Uncanny X-Men vol.1 #1 in 1963. He is a founding member of the X-Men and being a mutant, he has a pair of huge feather wings that extend from his back, allowing him to fly. 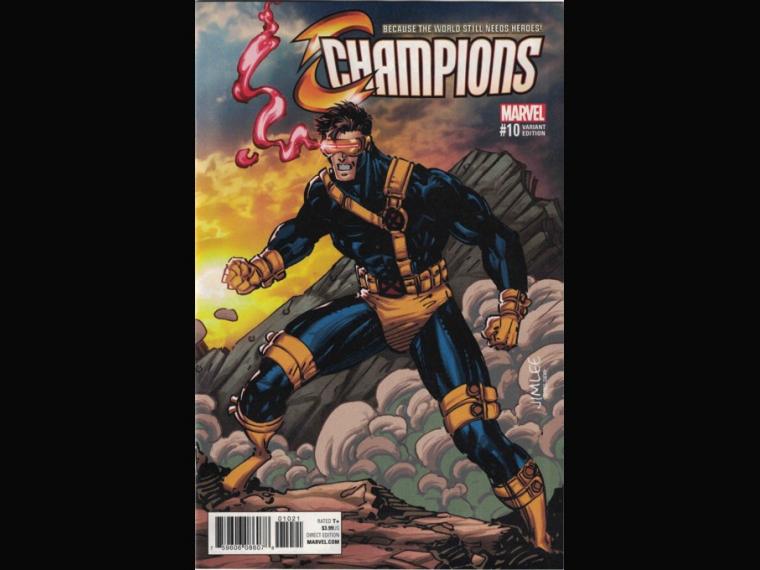 Cyclops appears in comics in Uncanny X-Men vol. 1 #1 in 1963. He is a founding member of the X-Men. As a mutant, Cyclops can emit powerful rays of energy from his eyes. You cannot control these rays without the help of special glasses that you must wear at all times. You are one of the team’s top leaders. 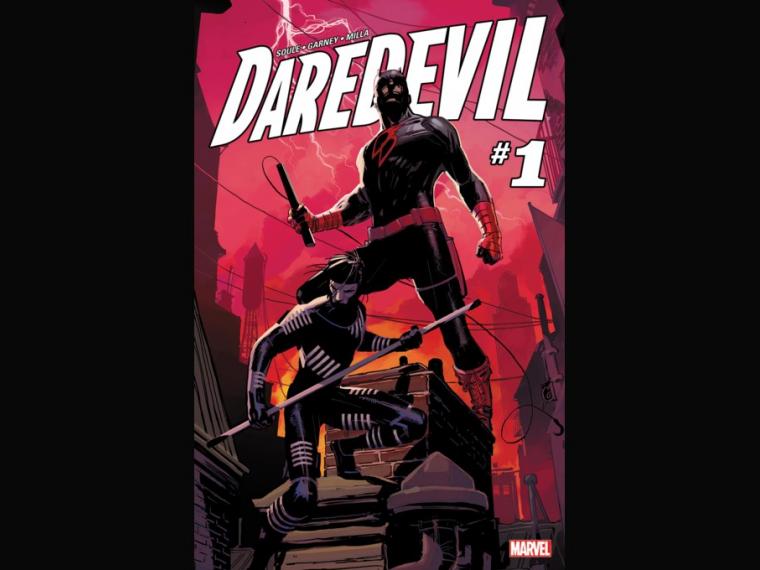 Daredevil was created by Stan Lee and Bill Everett and was first featured in the 1964 comic-book Daredevil #1. Matthew Michael "Matt" Murdock, is the blind hero of Marvel. For many, his favorite character, as he moves away from the stereotype of classic superhero. 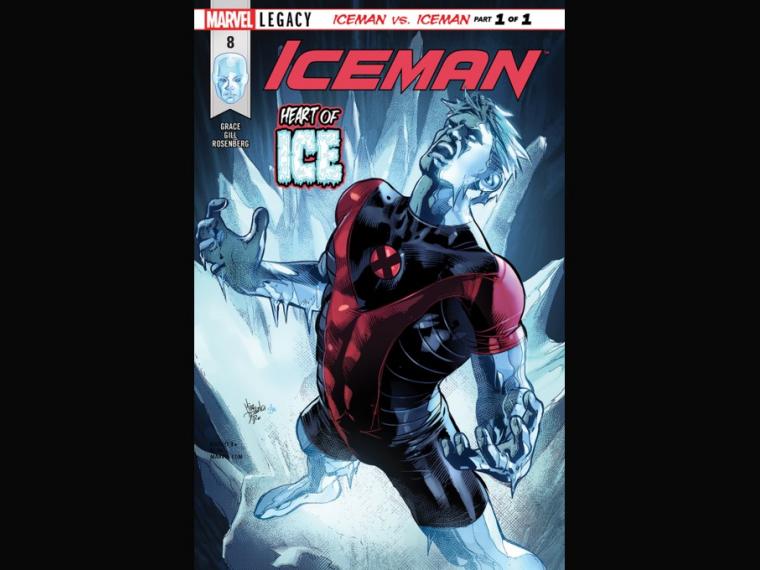 Iceman also appeared for the first time in X-Men vol.1, published in September 1963. This mutant has the ability to freeze anything around him and can also turn his body into ice. This character has had a regular presence in comics, video games, animated series and films related to X-Men. 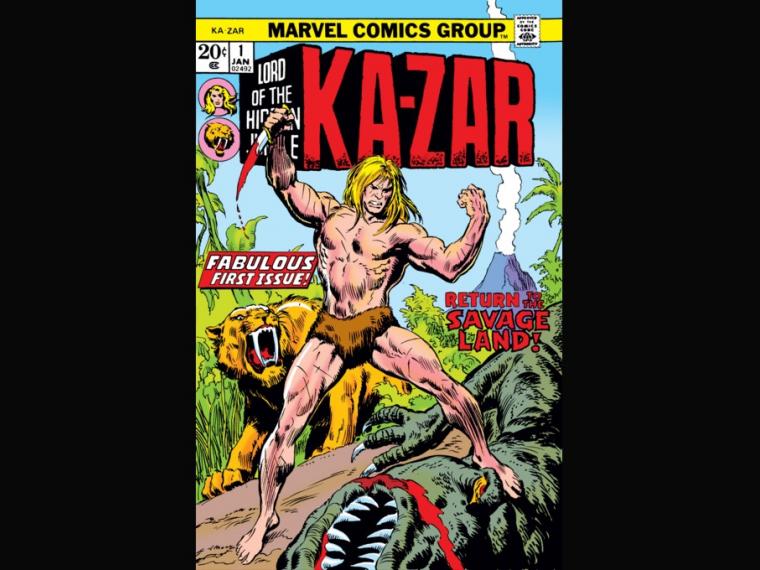 Ka-Zar is the name of two fictional comic characters living in the jungle. His first appearance was in X-Men #10 in 1965. This heroic character from the Universe of Marvel Comics also appears in other versions: in Age of Ultron, in Tierra X, in Ultimate Marvel or in Tierra-8413. 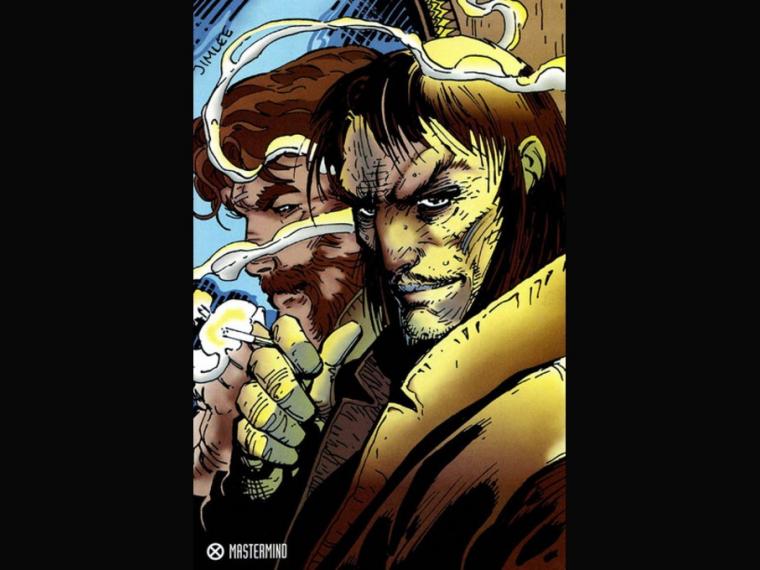 Mastermind first emerged in Uncanny X-Men vol. 1 in March 1964. He’s one of Marvel Comics' supervillains and an opponent of the X-Men. 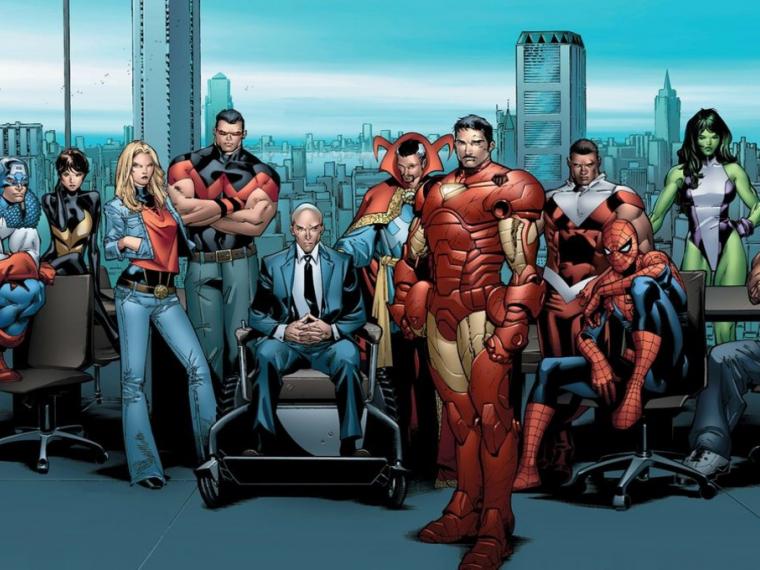 Charles Xavier, or Professor X, is the founder and leader of the X-Men. The character first appeared in The X-Men # 1 in 1963. As a mutant, he’s a powerful telepath who can read and control minds. He runs a private school that houses and trains mutants and fights for peace and equality between humans and mutants in an anti mutant-minded world. 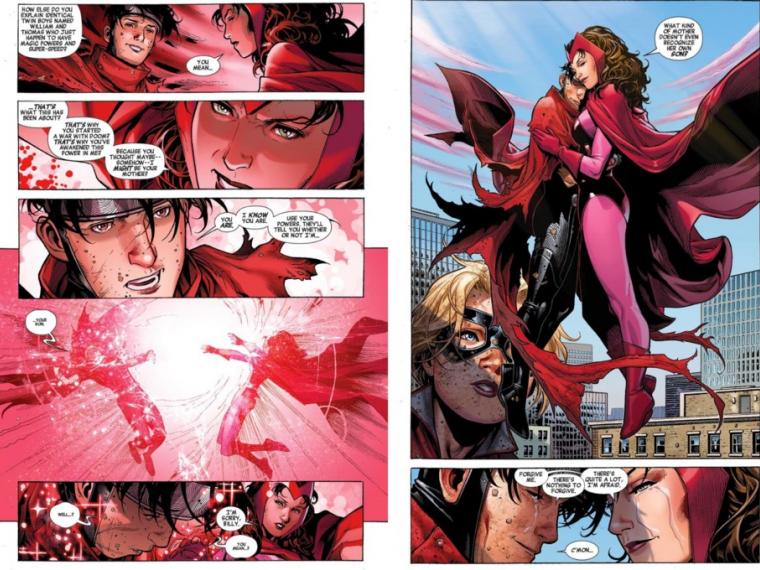 The superhero Scarlet Witch first appeared in the comic The X-Men vol. 1 #4 of 1964. It possesses the ability to manipulate probability through certain "spells". 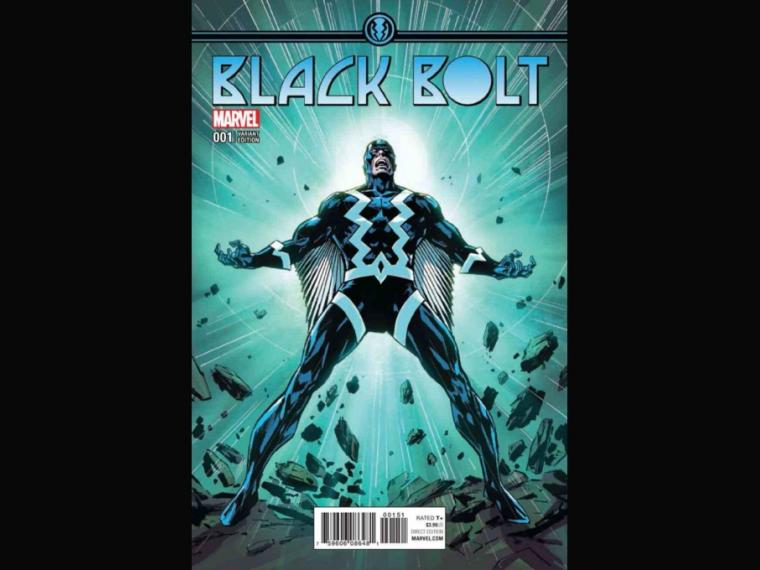 Black Bolt first appeared in Fantastic Four #45 in December 1965. He is the emperor of Inhumans. Inhumans have a great concept of themselves: highly evolved cousins of humanity, have superpowers and are distant, very distant. Among them, Black Bolt stands out. His special power, an "almost sonorous scream" prevents him from speaking normally, which guarantees that even this kind of god will keep his feet on the ground. 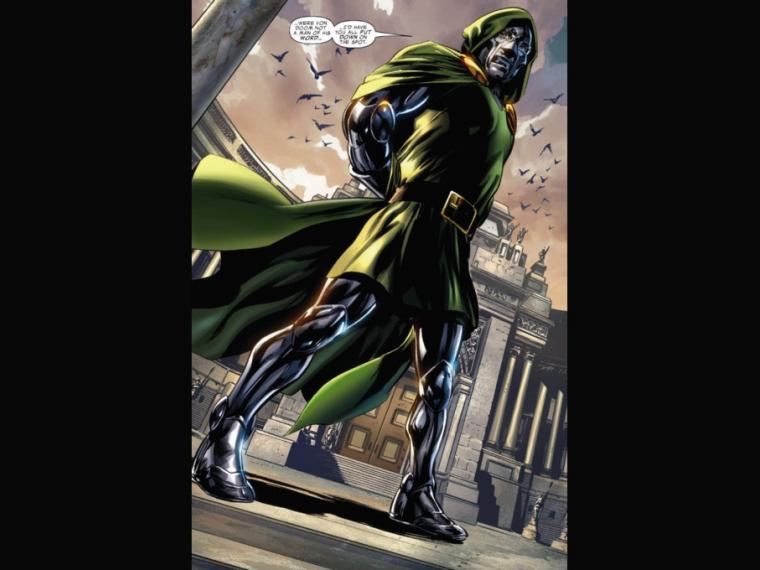 The Fantastic 4 is one of Stan Lee’s biggest contributions to comics. It revitalized superheroes for generations to come, gave followers a whole family of iconic heroes, and completed the Marvel Universe with countless supporting characters. But on top of all that, he brought us one of the greatest comic book villains of all time: the arrogant, brilliant and ruthless leader of Latveria, Doctor Death. 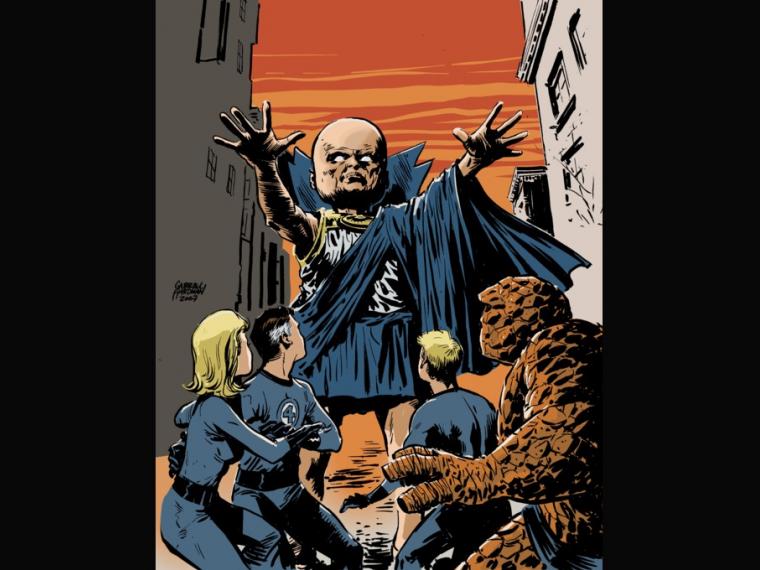 Uatu often simply known as The Watcher is another character that had its origin in The Fantastic 4, one of those characters so unusual that it’s hard to forget how strange it is. It is a member of the alien race called the Watchers. Uatu hangs on the Moon and watches. The trick, however, is that it will never interfere with what it sees fall on Earth, although it invariably finds ways to circumvent that restriction. 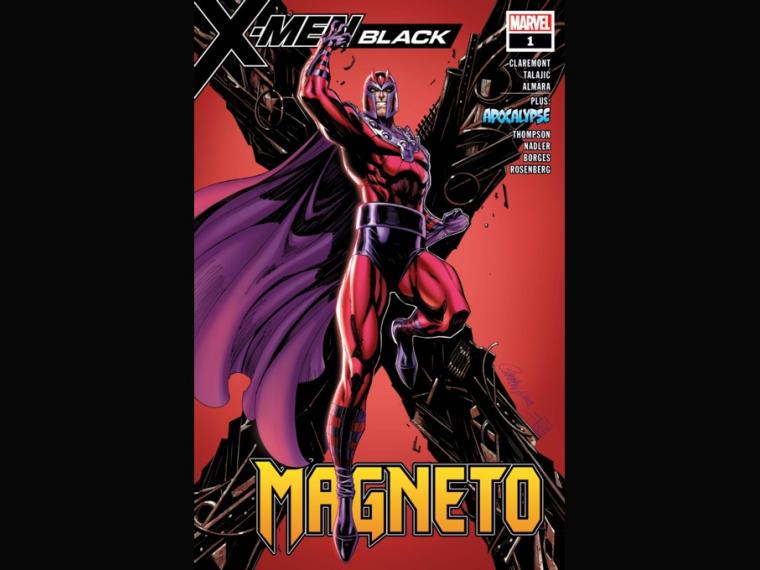 Like Doctor Death and the Fantastic Four, Lee’s greatest contribution to the X-Men could be his great villain, the Master of Magnetism, Magnet. Generations of comic-book makers have spun the villain, but the central idea remains the same: Magneto is a man who, though not inherently evil, He’s so angry at the bigotry he’s facing, he’s forced to strike back. It combines that incredible motivation with the fascinating and versatile ability to control magnetic fields and we come across the recipe for one of the best comic characters of all time. 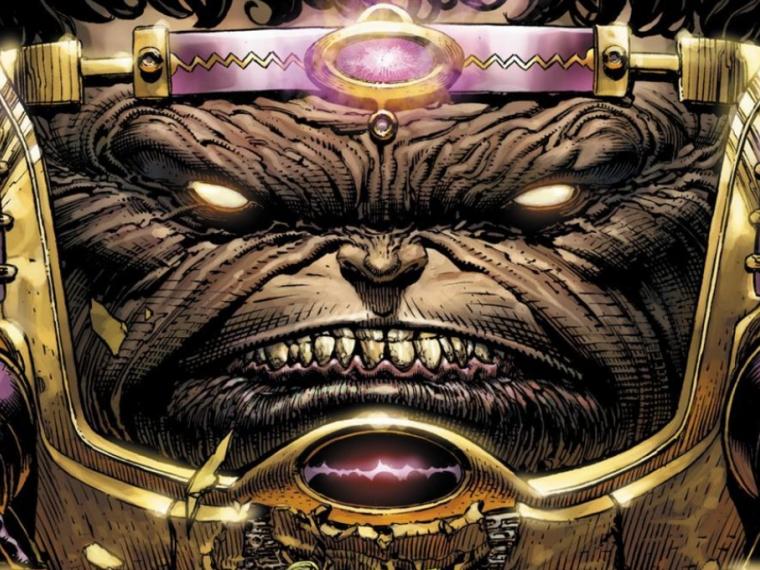 There are still a lot missing from this list, as Stan Lee has over 300 characters in his name (60 superheroes) on Marvel alone. We could also quote Nick Fury, Sentinel, Invisible Woman, Molecule Man, Odin, Jean Grey, Modok (in the picture), Blob, the Human Torch...

How to see the constellations in the sky

The best science fiction movies everyone should watch in 2019