In 1938, the dictator Benito Mussolini published the Manifesto per la Difesa della Razza. which forbade any Jewish person to enter academic and professional careers. As a result, a young biologist named Rita Levi-Montalcini (1909 - 2012) was forced to leave university, where she worked as an assistant to the histologist Giuseppe Levi.

However, far from abandoning her passion, Rita improvised a laboratory at home and there, in the middle of World War II, she began her studies on the nervous system. Years later she settled at the University of St. Louis (USA) and in that period she discovered the protein, which would earn her the Nobel Prize in Medicine in 1986.

Rita Levi-Montalcini was a woman who did not give up in the face of adversity and managed to dedicate her life to what she wanted, circumventing the racial laws and canons of the time that urged her to confine herself to being a mother, wife and abandon her professional development. Who better, therefore, to tell us about them, the pioneers, other women of all ages who made their particular contribution to science.

The pioneers, written by Rita Levi-Montalcini and Giuseppina Tripodi, is described as a book intended for new generations. Its aim is to make them aware of the fundamental scientific contributions made by their ancestors from two centuries before the Christian era to the twentieth century. For centuries women were excluded. In the past those who stood out were considered witches and were sent to their deaths, and even when this persecution, as ferocious as it was absurd, was abolished, philosophers and scientists, continued to feed the myth of the absolute intellectual superiority of men.

We have made a selection of some of the pioneers described in this book filled with biographies of women scientists. A book that calls women to develop intellectually and pursue their goals. We remain with these words of the authors themselves: with the recognition to women of equality in the exercise of their functions it is desired that the members of the new generations, regardless of their gender, enjoy the right to use freely their own intellectual abilities. A right that was denied to their ancestors. 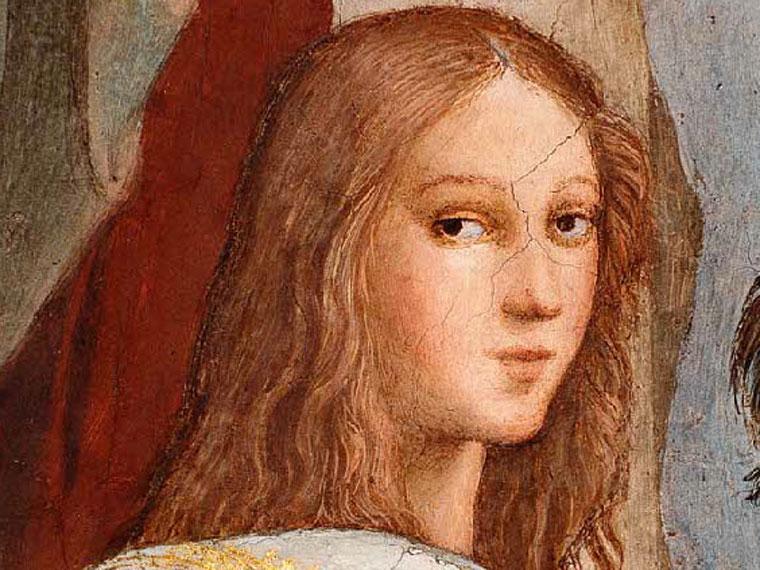 Hypatia of Alexandria, the most famous woman scientist

Hypatia (370 - 415) is without a doubt the most famous scientific women. She was a philosophy, astronomy and mathematics teacher and transformed her own home into an important cultural centre. As a pagan who refused to embrace the Christian religion, Hypatia was murdered by a group of fanatical monks and many of her works ended up being lost.

This wise multifaceted woman invented models of astrolabes, planispheres and hydroscapes and, along with her father, left several comments on the Greek classics that have passed into history. 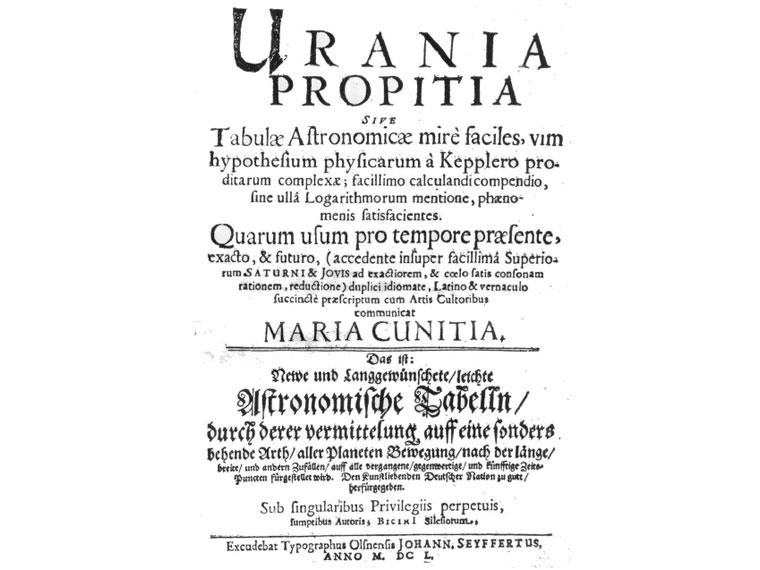 Maria Cunitz (1610 - 1664) was the most important astronomer of her time and earned a solid reputation, despite criticism for not dedicating herself exclusively to housework. His treatise Urania Propitia includes his calculations of the position of the planets, which also detect errors made by Kepler himself in Rudolphine Tables.

It should be noted that her husband, a doctor much older than her, supported Cunitz at all times and confirmed in the later edition of her works that she was the only author. 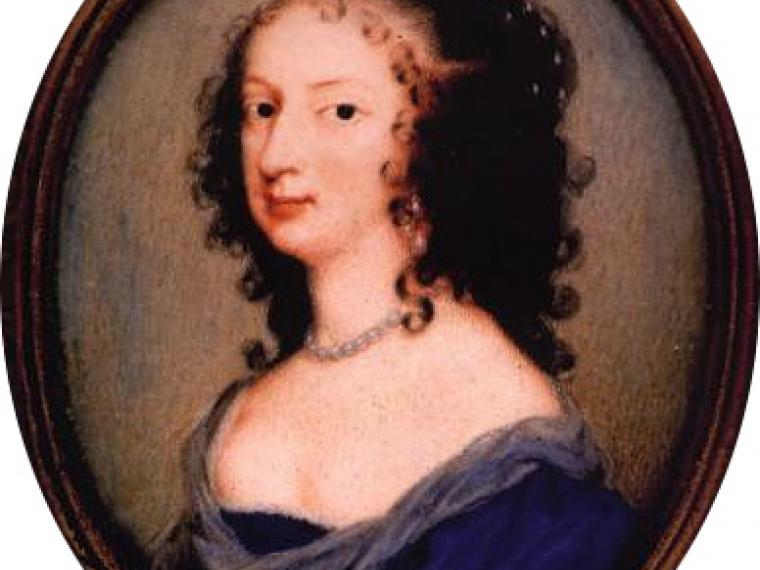 Margaret Cavendish (1623 - 1673) was nicknamed “Mad Madge” for her eccentricity. This woman of aristocratic origin was the companion of Queen Henrietta Maria and began to write for a living, something extraordinary for the time period in which she lived.

She wrote fifteen scientific works and held gatherings in her living room, the Newcastle Circle, in which scientific topics were discussed in the presence of philosophers of the stature of René Descartes. 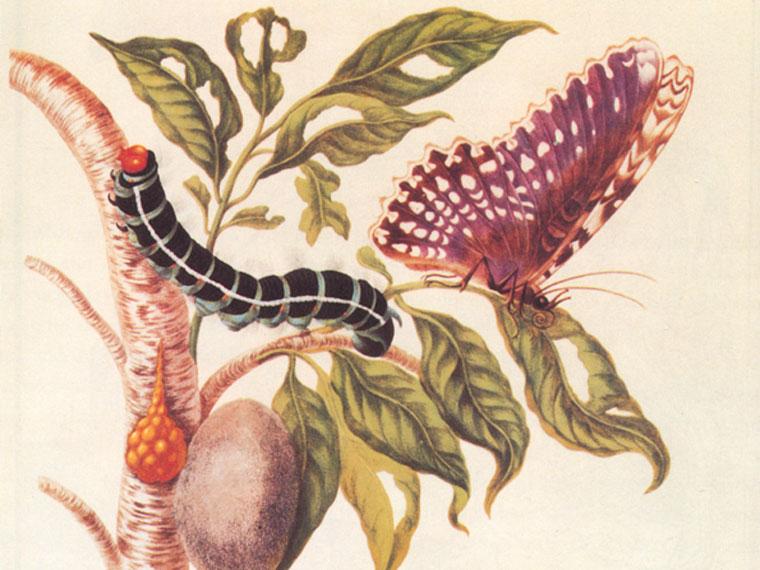 Anna Maria Sibylla Merian (1647 - 1717) was an adventurer, painter and entomologist. Her curiosity about the metamorphosis of insects led her to draw detailed illustrations that are still being admired by collectors from all over the world. 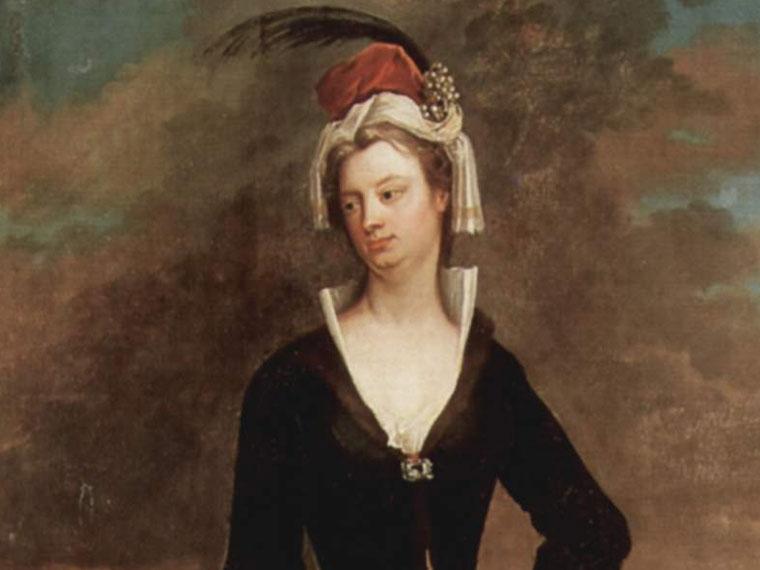 Mary Wortley Montagu (1689 - 1762) was a rebellious woman who decided her own destiny: in 1716 she escaped from an arranged marriage to secretly marry a Turkish court ambassador.

She considered it essential to vaccinate children against smallpox, a disease that caused her brother’s death and that she herself suffered at the age of 26. Her son was the first Englishman to be vaccinated, and she also convinced the kings of England along with many of their friends to inoculate their children. Her initiative spread throughout the world and even reached the court of Versailles, thanks to the approval of King Louis XV and despite the opposition of the French medical academics. 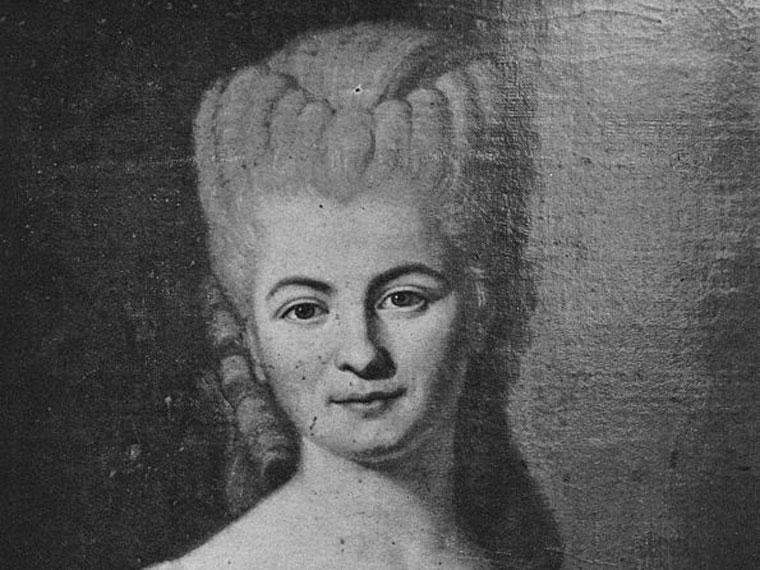 French astronomer Nicole-Reine Lepaute (1723 - 1788) is credited with very accurate calculations of the dates on which Halley comet passes near Earth’s orbit. She also accurately estimated the duration and dimensions of a solar eclipse that was witnessed in Europe in 1764. The Lepaute lunar crater was named after her. 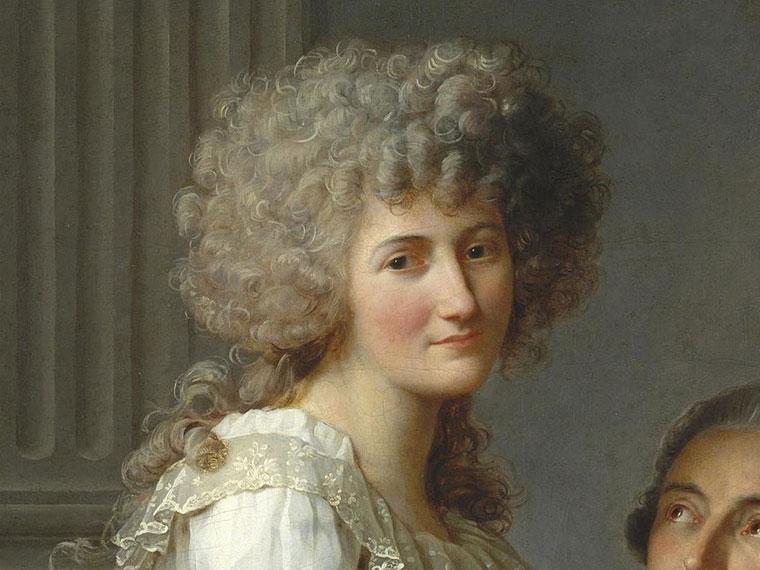 Marie Paulze Lavoisier (1776 - 1831) and her husband Antoine Laurent Lavoisier are the founders of modern chemistry. Her main contribution to science was a revolutionary theory that postulates that combustion and oxidation are produced by the chemical combination of combustible substances with oxygen. These ideas were reflected in the Elementary Treatise on Chemistry.

It is not very clear to what extent the Lavoisier postulates are due to the contributions of Marie Paulze, but it is very likely that, as was common at that time, many of the achievements attributed to her husband were in fact her work. 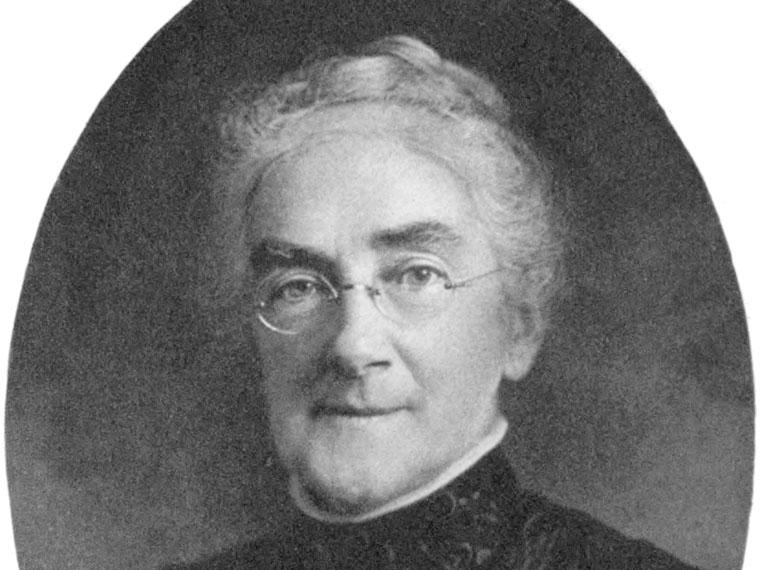 Ellen Swallow Richards and the fight against pollution

Ellen Swallow Richards (1842 - 1911) is considered to be one of the founders of ecology and environmental engineering. We are talking about a pioneer with capital letters, who designed a clean heating and ventilation system for her own home. It launched a science laboratory dedicated exclusively to women at MIT and also set up the world’s first water purification treatment laboratory. 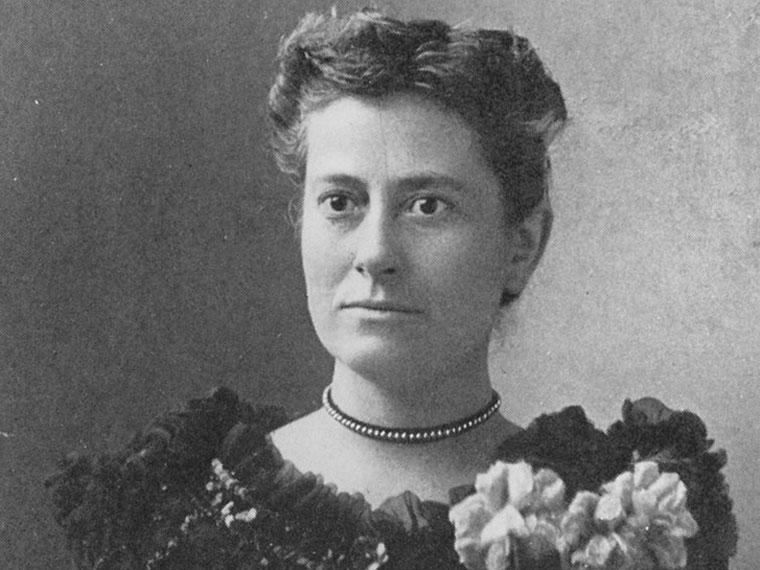 Williamina Paton Fleming (1857 - 1911) began working as a housekeeper in the home of Professor Edward Pickering, director of the Harvard Observatory, after being abandoned by her husband. Soon after, Pickering hired her to do some calculations and that’s how Williamina, without having very sophisticated means, came to catalog more than ten thousand stars, which are compiled in his work Draper catalogue of stellar spectra.

In 1898 the Harvard Corporation appointed her director of the Astronomical Photographic Laboratory. 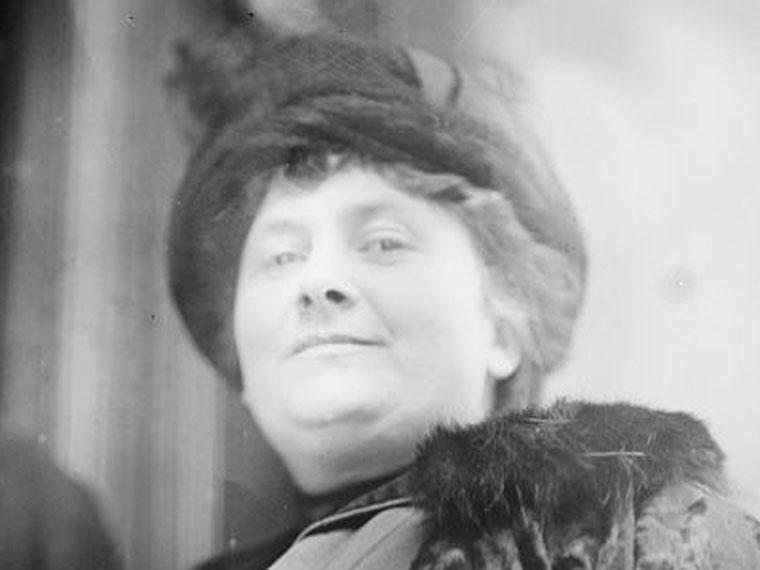 Maria Montessori and her educational method

Maria Montessori (1870 - 1952) is famous for her educational method, but few people know she studied in pursuit of a scientific career, and in fact she was the first doctor in unified Italy. She founded a children’s home in Rome where she began to apply her new concept of primary school based on scientific methods. The Montessori method postulates that a suitable environment should be created for children so that they themselves can develop their creative capacities.

She is also the only woman whose face has been stamped on an Italian banknote. 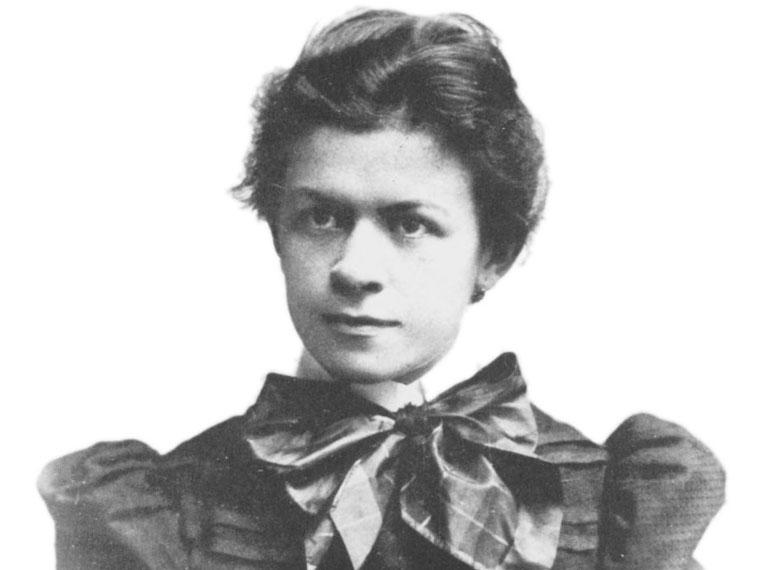 Mileva Maric-Einstein, in the shadow of genius

Mileva Maric-Einstein (1875 - 1940) had a special talent for mathematics and natural sciences and is thought to have contributed enormously to the works of her husband Albert Einstein on the theory of relativity. However, Mileva herself refused to sign as an author or collaborator in Einstein’s publications, and there are hardly any documents to show what her true contribution was. 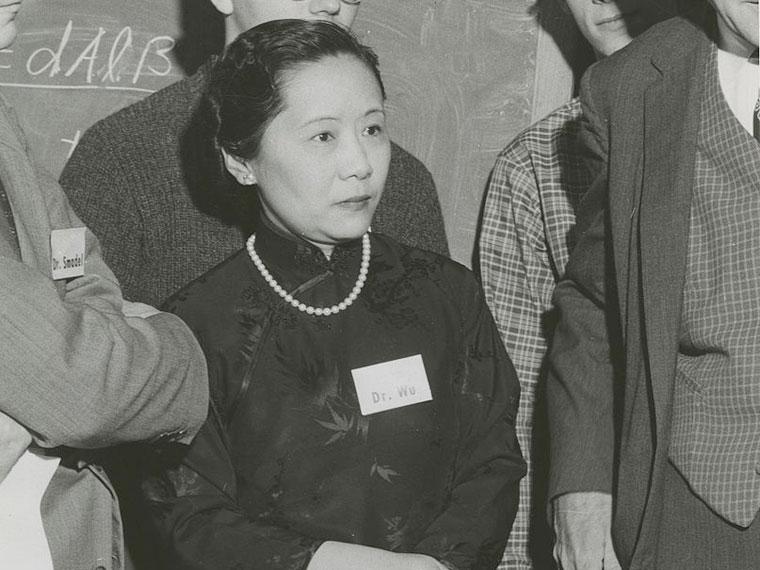 Chien-Shiung Wu, the woman in the Manhattan Project

Chien-Shiung Wu (1912 - 1997) obtained one of her major achievements as a researcher when she worked on the Manhattan Project: a procedure for the production of uranium isotope which, unfortunately, it would end up being the raw material for nuclear weapons.

Another one of her contributions was to find empirical evidence demonstrating that the parity conservation principle is not always valid at the subatomic level. However, the Nobel Prize went to her two colleagues, men, who had theoretically formulated this behaviour.