Large, terrifying dinosaurs have enthralled audiences for decades, be they in books, movies, video games, TV shows, or documentaries. The famous Tyrannosaurus rex, the only species of the genus Tyrannosaurus that lived during the late Cretaceous between 68 and 66 million years ago in an area now considered North America, has featured in a variety of pop culture.

Most people are aware of the mass extinction event that killed most dinosaurs. These animals include a wide range—from ornithischians such as the armoured Ankylosaurus and Triceratops to saurischians like Brachiosaurus to theropods like T. rex and Giganotosaurus. The Maniraptora group included birds (related to avian dinosaurs) and non-avian dinosaurs, which became extinct at the end of the Cretaceous.

Not all dinosaurs were big as popular culture would have us believe. Indeed, some were the size of chickens. While the larger ones could grow to a length of 30 metres and weigh 50 tons, like Argentinosaurus. Members of Theropoda, the group that includes both the T. rex and modern-day birds, grew smaller over time.

Fossils tell us that dinosaurs had scaly skin, while some may have had feathers. This evolution in thought occurred due to the discovery of feathers from more than 50 dinosaur species obtained from Early Cretaceous fossil beds, such as those belonging to small bird-like dinosaurs like Microraptor and the Yutyrannus, a large cousin ​​of the T. rex. 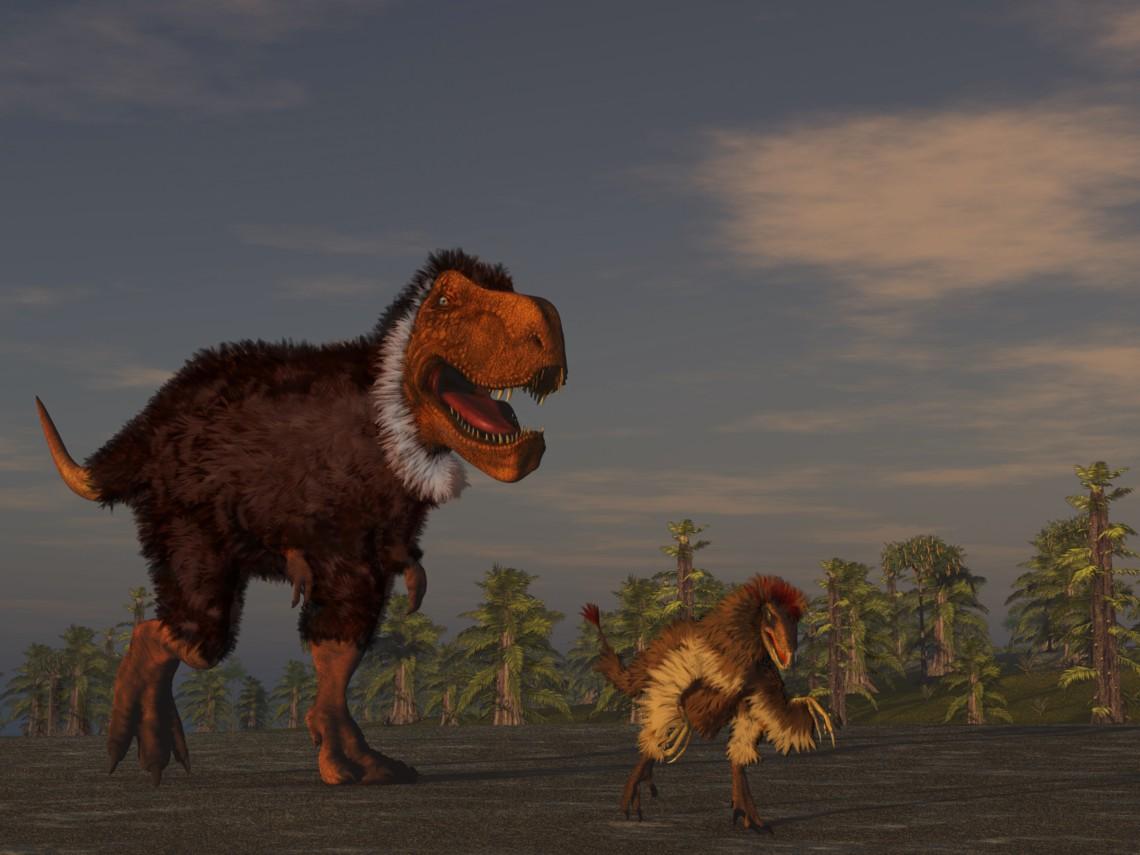 According to palaeontologists, many feathered dinosaurs once existed. Feathers preserved from more than 50 dinosaur species that lived during the Early Cretaceous period, including cousins of the T. rex such as Yutyrannus. Such feathers have been found worldwide, pressed into sedimentary rocks or preserved in amber. While some feathered dinosaurs flew, others did not. Unlike in the movies, the T. rex had feathers that sprouted from its head, neck, and tail. 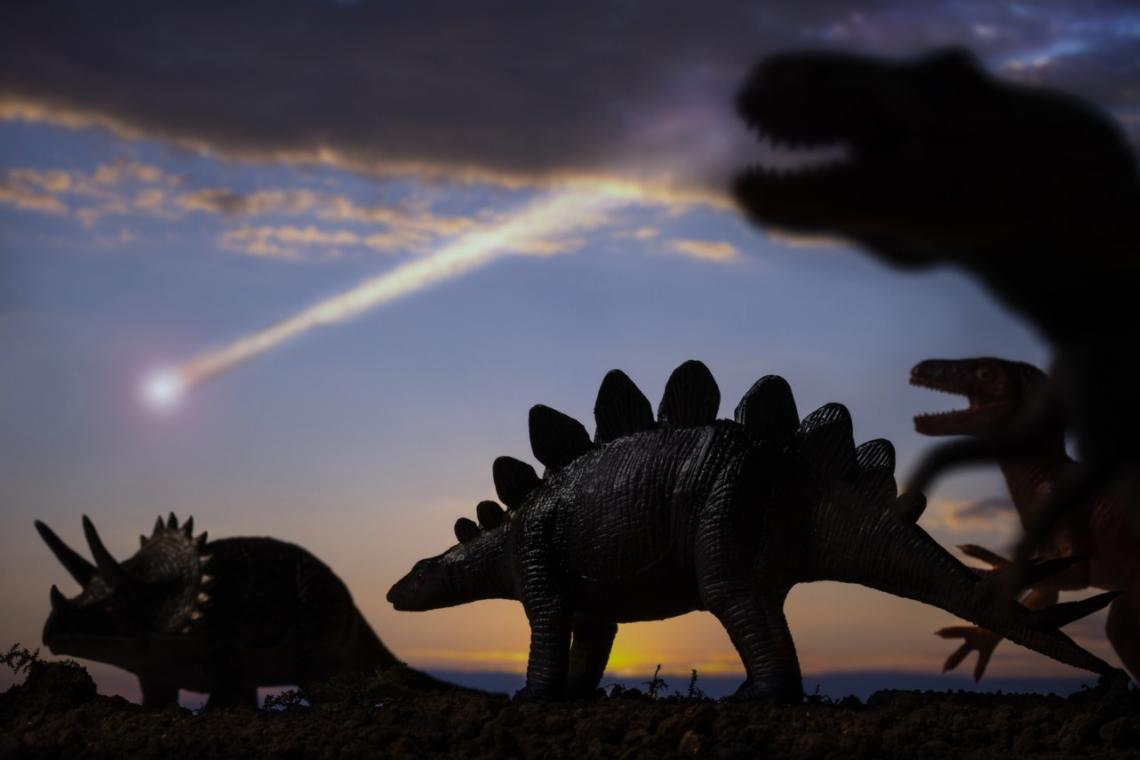 Its hatchlings most likely were covered in fine hair akin to ducklings or chicks. Eventually, they would grow larger, retaining their feathers only on their head, neck, and tail. 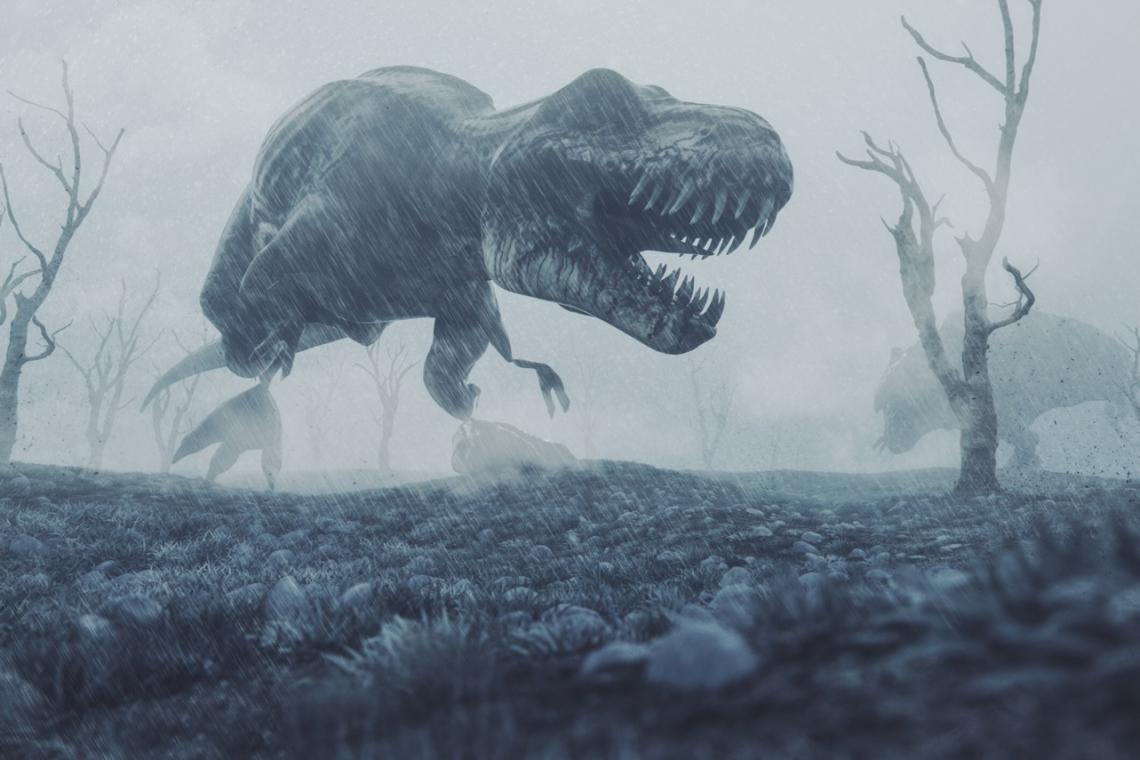 The T. rex has been used to induce terror in many movies. Using biomechanical analysis and computer modelling, researchers found that its skeleton would not withstand running after prey. But the adult creature could still walk quickly at around 10 to 15 miles an hour. The younger ones may even have run. Moreover, its large jaws with rows full of pointy teeth were sufficient in inflicting damage. 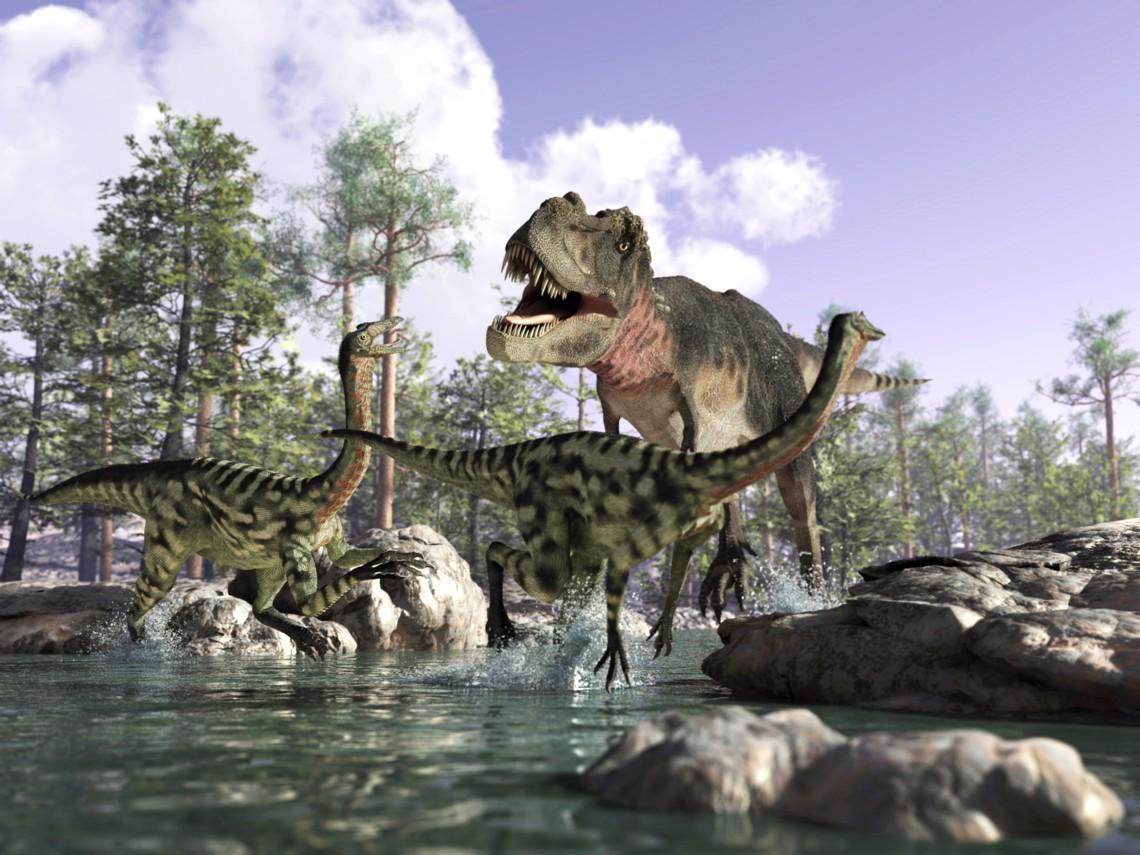 It's possible that the T. rex may have eaten its peers either in times of death or following a fight. 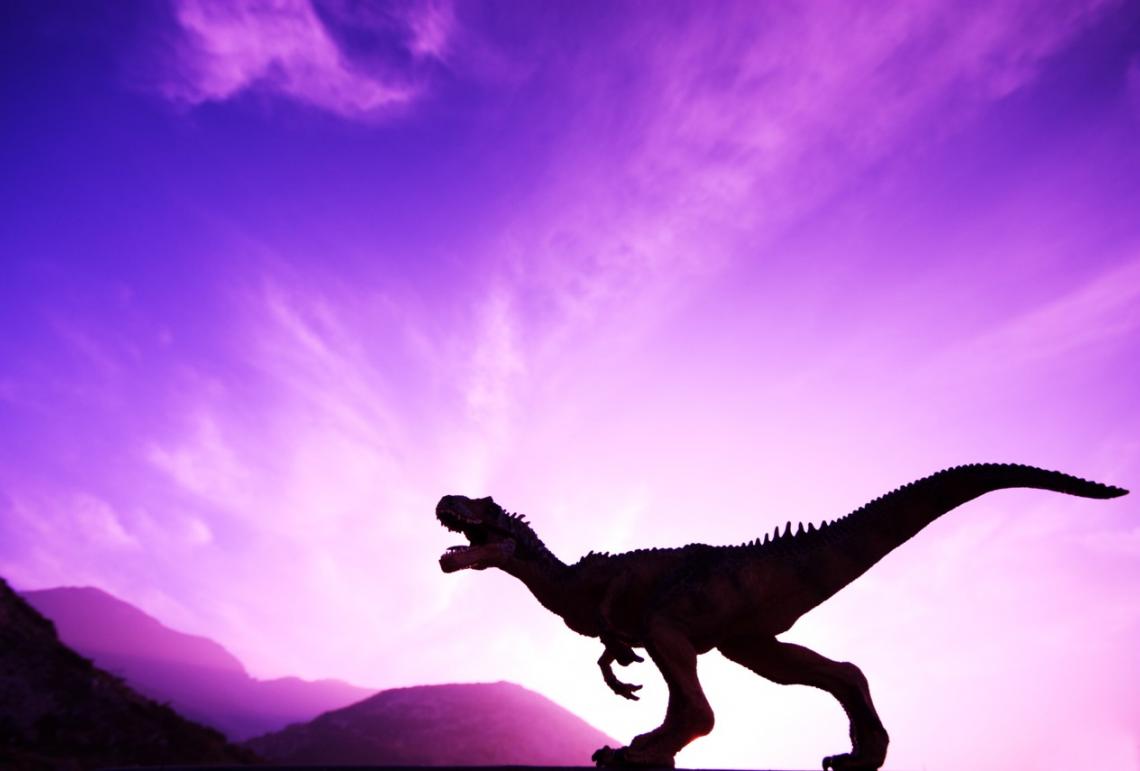 What were its dimensions?

T. rex fossils suggest that it was between 11 and 12.5 metres long and weighed between 5.5 and 10 tons. Held up by a stocky muscular neck, its skull was a short 1.4 metres long, with ocular and nasal openings. 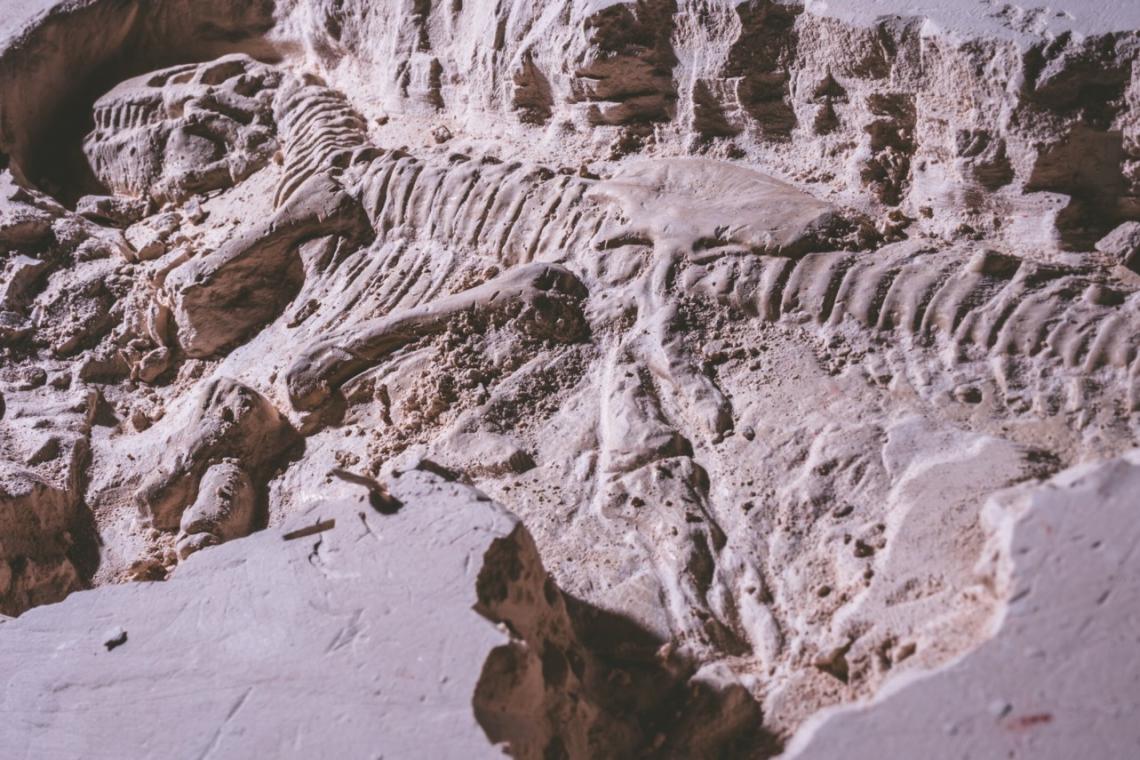 What color was it?

The T. rex may have modeled muted colours, like a crocodile. But other dinosaurs may have come in a wide variety of colours. 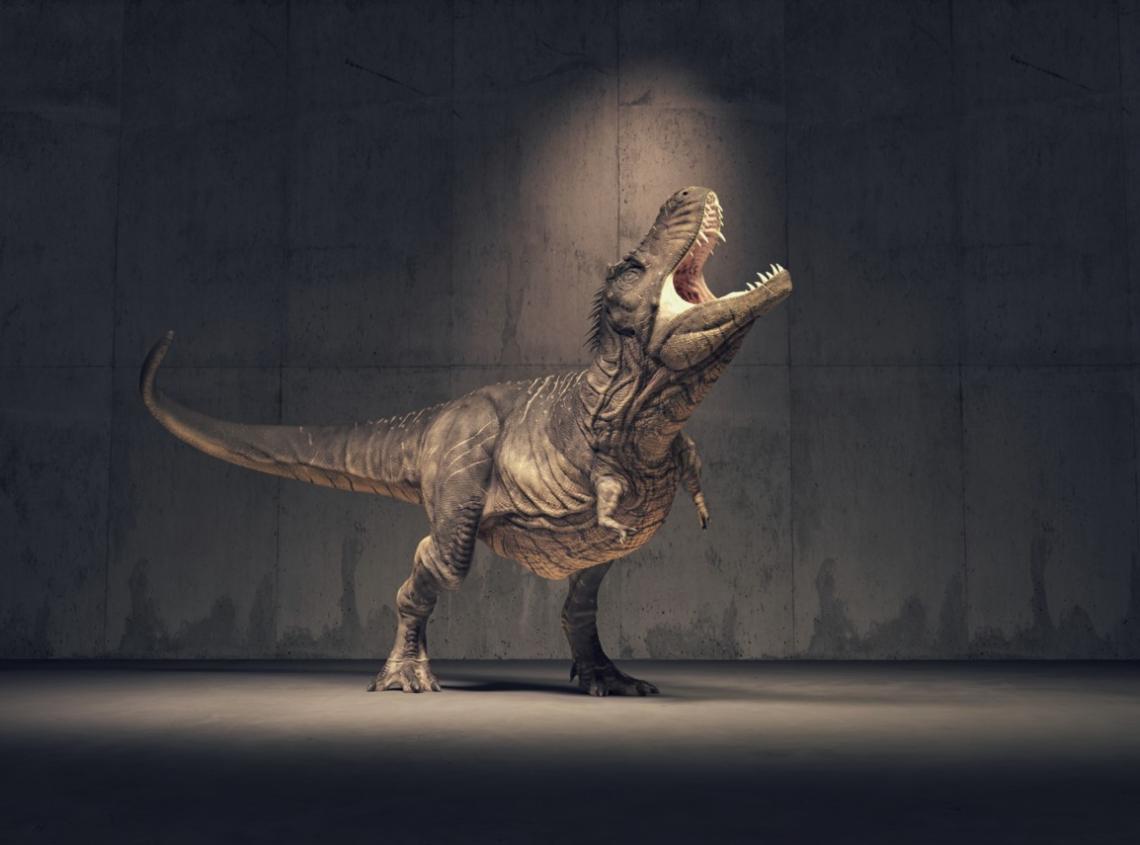 What does its name mean?

Tyrannosaurus rex means the ‘king of the tyrant lizards.’ It originates in the Greek words ‘tyrannus’ referring to tyrant, ‘saurus’ to lizard, and the Latin ‘rex’ meaning king. It is the singular known species belonging to the genus Tyrannosaurus of the Tyrannosaurid family. 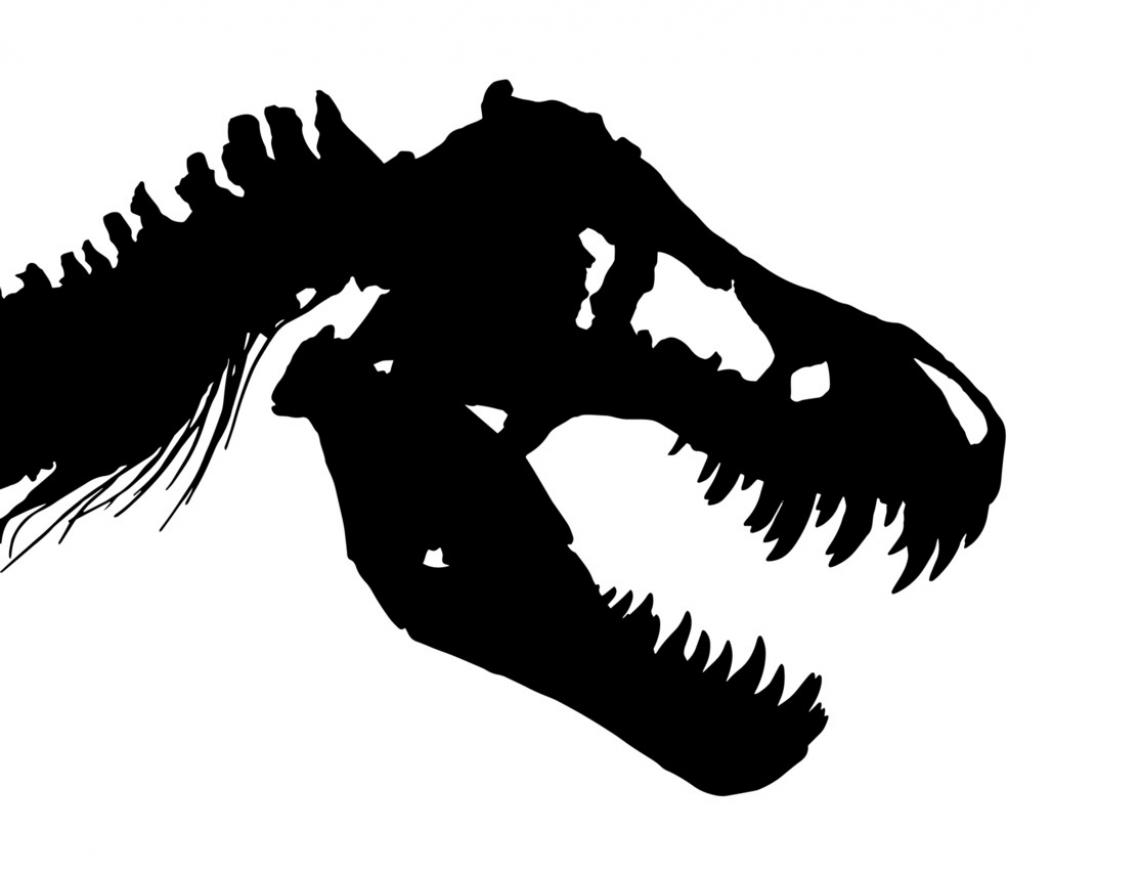 Where did it live?

The bipedal dinosaur lived in areas that are now considered North America, all the way from Alberta in Canada to Coahuila in Mexico. It inhabited subtropical forests and plains with rivers, lakes and greenery like ferns, conifers, and sycamores.

Despite its inability to run quickly, the creature’s terrifying jaw full of teeth was effective in capturing prey. The strength and musculature of its skull made it possible to make its bites extremely powerful. Its deadly bite was imbued with a strength equivalent to 57,000 Newtons. This figure isn’t shocking in comparison to other large prehistoric creatures such as the great white shark, which had a bite that was six times stronger. But humans bite with a strength of only 30 kilograms per square centimetre—shockingly weak compared to the jaw strength of the T. rex, which is 1,500 kilograms per square centimetre.

How big could it get?

Its fossilised specimen, found in 1991 and nicknamed Scotty for the bottle of celebratory Scotch whisky that was drunk at the time, was the biggest found in the world. Coming in at 13 metres long and weighing more than 8,8000 kilograms, “It is the largest terrestrial predator known to science,” said Scott Persons of the University of Alberta, Canada, after the paper was published in The Anatomical Record.