The deadliest biological weapons in history

A biological weapon is any type of infectious agent, such as a virus, bacteria, or toxin intentionally used to inflict bodily harm on people, animals, or nature itself.

They can be used to cause mass casualties, social disruption, economic loss and environmental problems and once released, are very difficult to manage because they are infectious agents that spread out uncontrolled and not just under the target area.

They are silent and lethal weapons and do not belong to the most modern stage of our history. But this bioterrorism using microorganisms or infected samples to cause terror and panic began long ago, when the Hittites sent infected rams to their enemies, around 1400 BC.

However, according to a study published in the magazine Clinical Microbiology and Infection, apart from some rare and well-documented events, it is often quite difficult for historians and microbiologists to differentiate between natural epidemics and alleged biological attacks. For several reasons: there is little information available prior to modern microbiology; the truth may have been manipulated for normally political reasons; and the passage of time may also have distorted the reality of the past.

The influence of politics on the distortion of reality through the use of infectious agents as a weapon became very clear in the so-called Sverdlovsk accident, which was initially attributed by the authorities to a natural food-borne outbreak and subsequently, thirteen years later, officially recognised as a military weapon of the army. It is just one of the most prominent examples we can find in our recent history.

As mentioned earlier, biological weapons can be difficult to control or even predict, if we are, for example, in the middle of a battlefield, as there is a substantial risk that the troops of both will be affected.

Because living organisms can be unpredictable and highly resistant, bioweapons are potentially devastating on a global scale and have been banned globally under numerous treaties. Despite international treaties and laws, humanity’s ability to find innovative ways to kill each other is a reality.

What have been the most lethal biological weapons? 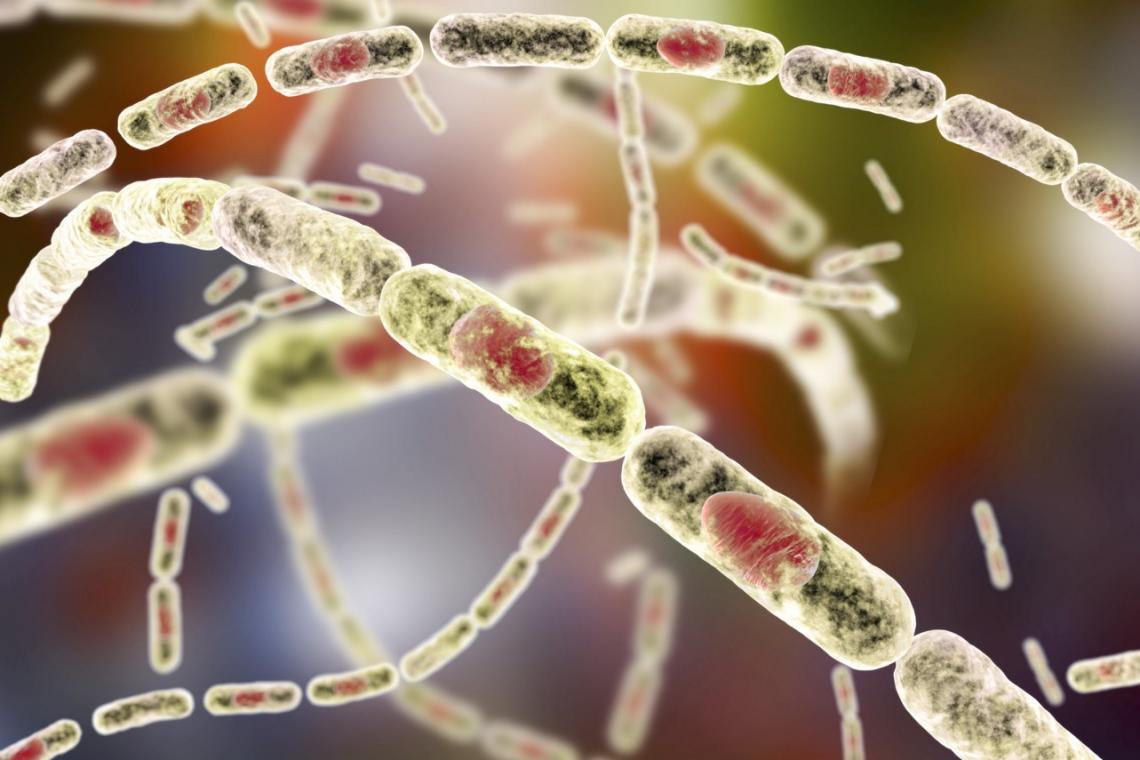 Certainly one of the best known. The bacterium Bacillus anthracis, which causes anthrax, is one of the most deadly agents that has been used as a biological weapon. In fact, in the U.S. Centers for Disease Control and Prevention (CDC) it is classified as a Category A agent, which represents a significant risk to the safety of the population, as anthrax spores last a long time in the environment.

This bioweapon has been used for about a century mixed with powders, aerosols, food and water. As the spores are invisible, odourless and tasteless, they are the most effective weapon. In 2001, letters containing powdered anthrax were sent through the United States postal system. Five people died and about 20 were affected. 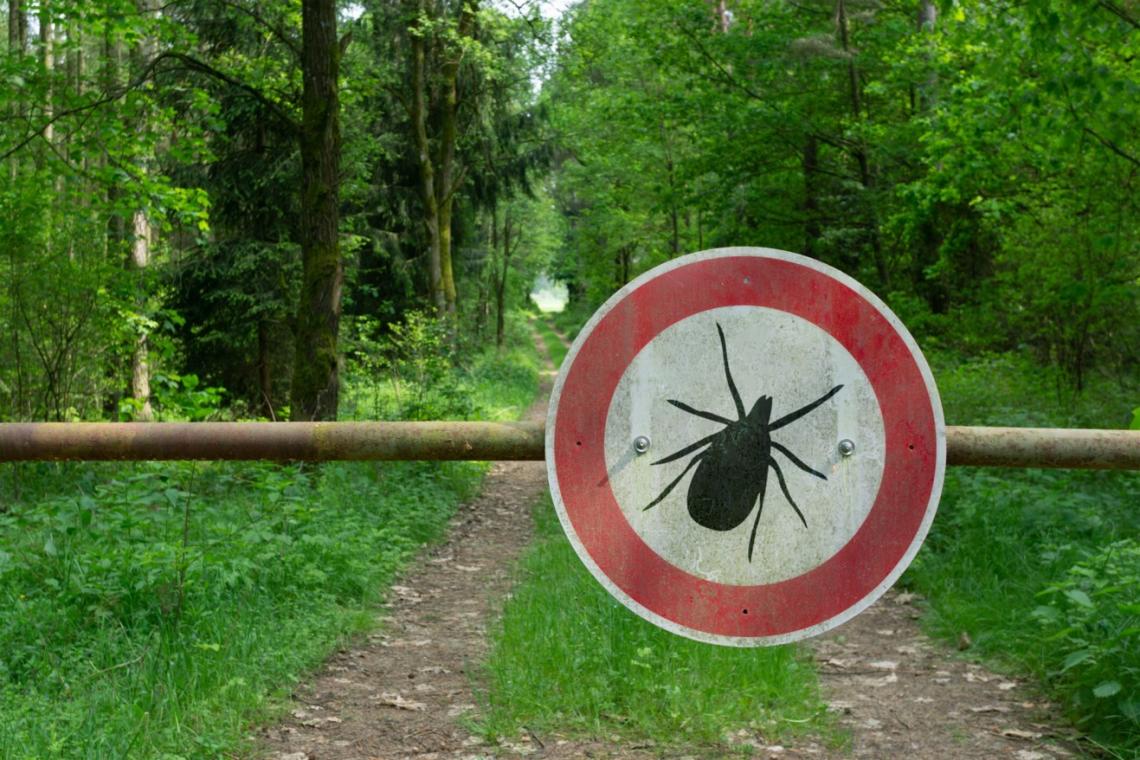 It is a highly contagious disease caused by the bacterium Francisella tularensis. This bacterium is transmitted by air and causes severe pneumonia and systemic infection. It can be found in nature and in aerosol form it becomes a powerful biological weapon, also for humans, although rabbits and other wild rodents are the most affected animal species. Humans can contract tularemia by direct contact with infected animals, by spraying (oral) contaminated food or water, or by being bitten by an infected insect. 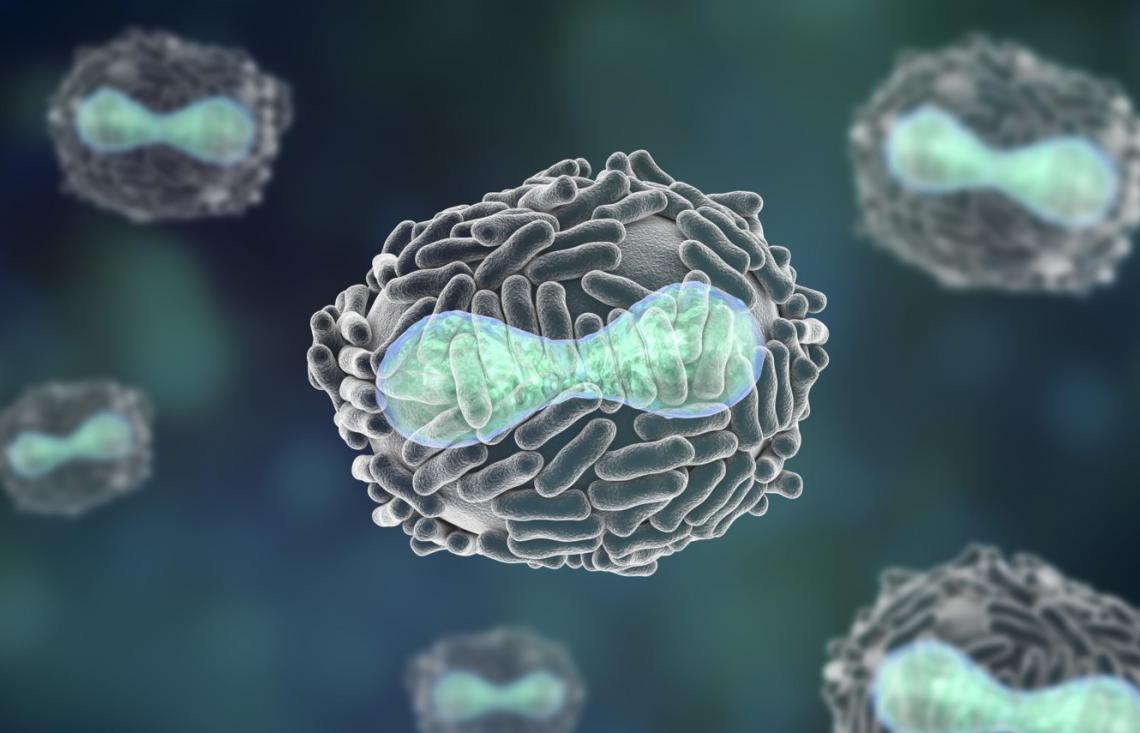 Smallpox, a serious infectious disease caused by the Variola virus is another potential agent of bioterrorism. Unlike anthrax, it can spread from person to person and, although it is no longer a disease of concern in the natural world, because has been considered eradicated since 1980, it is true that if someone had access to the virus - it still exists in two laboratories, one in Russia and the other in the United States - it could be a lethal weapon, because the disease spreads quickly and easily among humans. 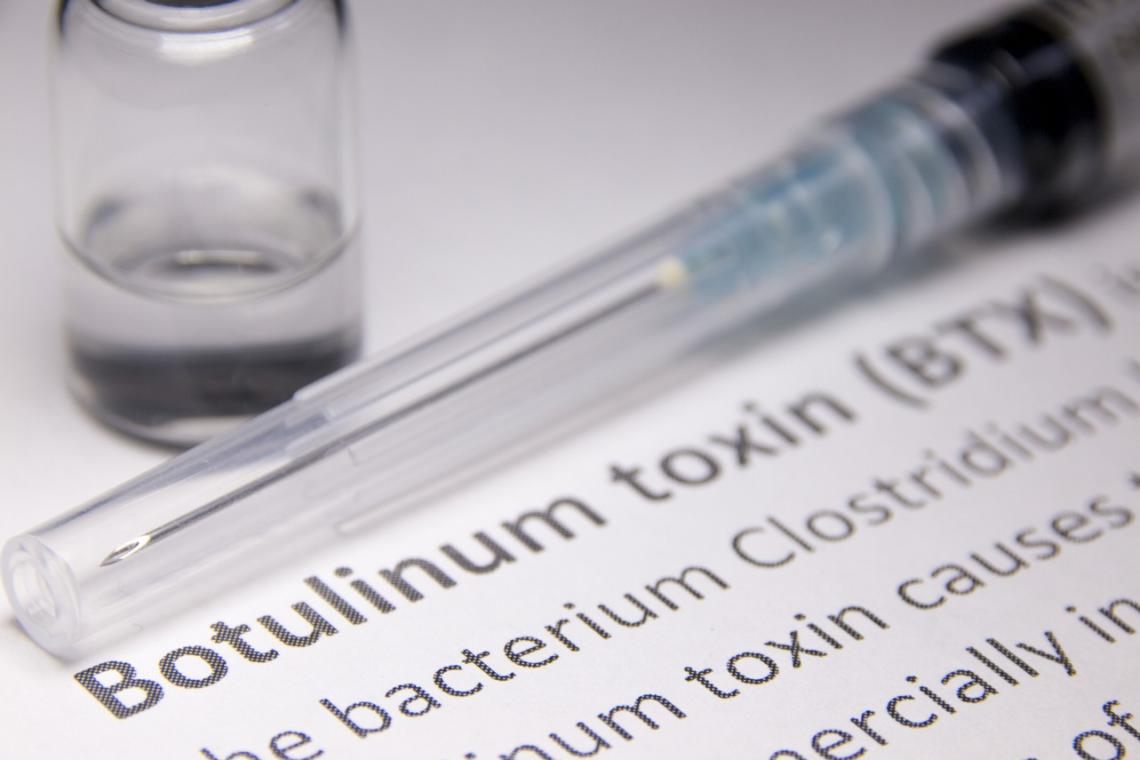 Botulism is a serious disease caused by a toxin produced by the bacterium Clostridium botulinum. It is relatively easy to produce and has extreme potency and lethality. It’s so dangerous that just one gram of this toxin can kill over a million people. It can be distributed by aerosol or by contamination of water and food supplies. It is usually found naturally in forest soils or bottom lake sediments. When was this neurotoxin used as a biological weapon? A Japanese group is known to have infected Chinese prisoners of war with botulinum toxins C during the occupation of Manchuria in the early 1930s for warlike purposes. Biological weapons underwent significant development during the Second World War. 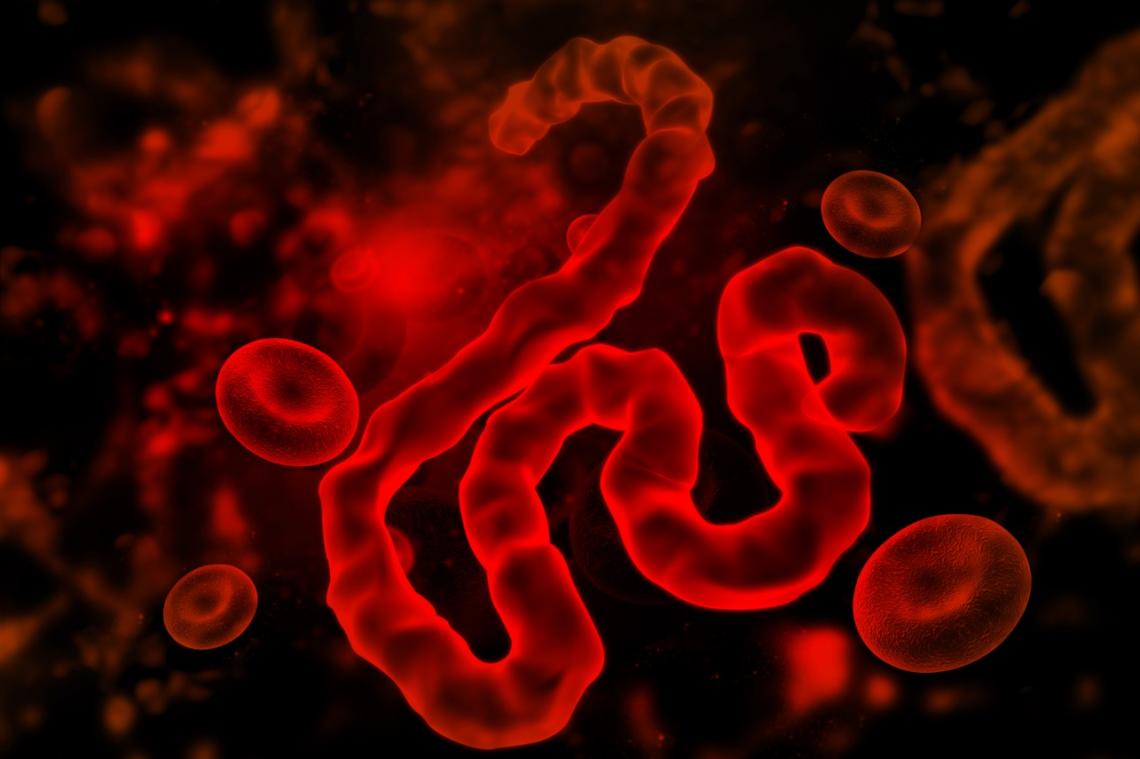 Ebola Virus Disease causes a viral hemorrhagic fever in the same category as Marburg fever or dengue fever. It is a deadly disease caused by infection with one of the forms of the Ebola virus that is transmitted to humans from wild animals. It has a very high rate of lethality and was allegedly produced as a biological weapon by the Soviet Union between 1986 and 1990, but no evidence of its use has been found. That nation also became able to mass-produce variant U of the Marburg virus, called the Ebola twin virus . Soviet scientists preferred Marburg to Coxiella burnetii (Q fever) since Marburg has a high case fatality rate of up to 90%.

The bacterium Yersinia pestis produces in humans pulmonary plague, bubonic plague and also septic plague. The bacterium is transmitted to humans through the bite of a flea that has fed on infected rodents and once the person is infected, the disease can become bubonic plague or pneumonic plague, which develops rapidly and does not respond well to antibiotics. The capacity for mass production and aerosol dissemination and high mortality and spread rate make it a biological weapon of concern.

The plague has been used intentionally as a weapon since the 14th century. The Japanese army threw infected fleas in areas of China and Manchuria back in World War II and Soviet scientists produced large amounts of antibiotic-resistant plague organisms, ready to be used as a biological weapon in the 1980s. 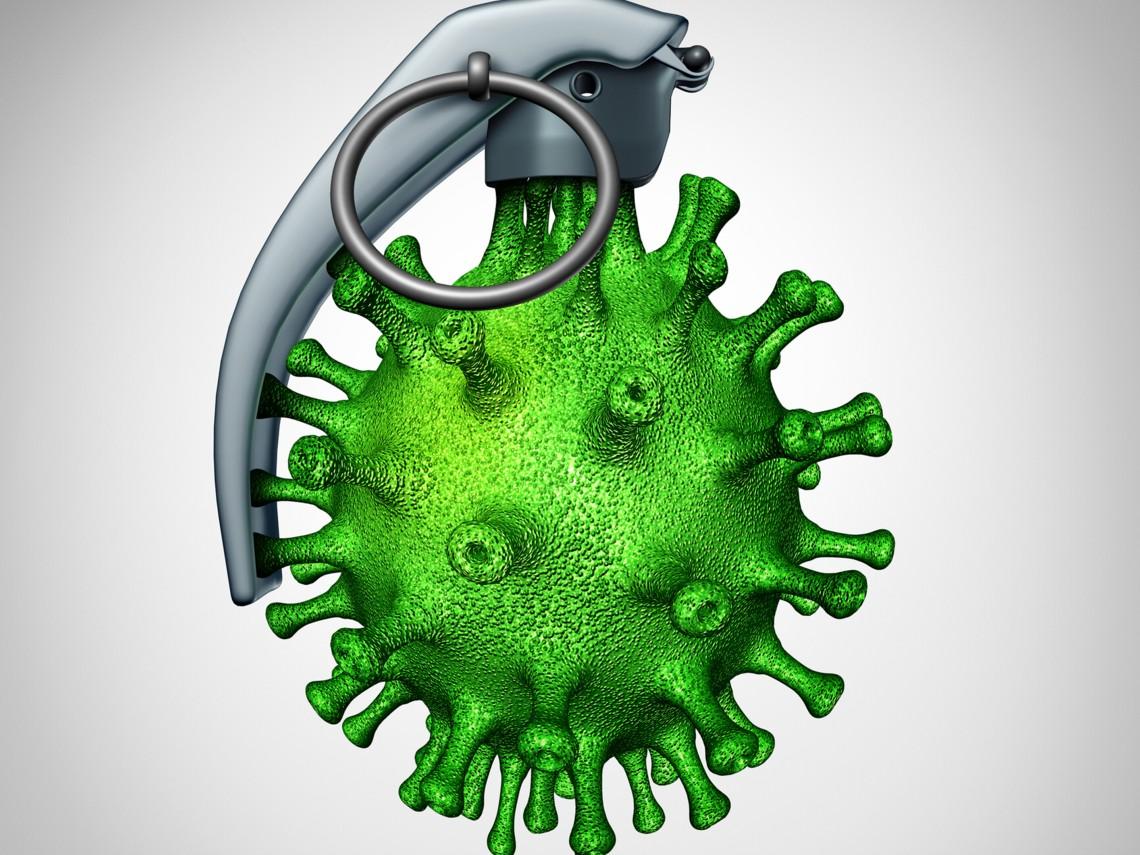 The Bunyaviridae virus family includes three viruses to consider: Nairovirus, Phlebovirus and Hantavirus. Although no direct evidence of its use as a biological weapon has been found, during the Korean War, Korean haemorrhagic fever caused by Hantavirus is estimated to have affected 3,000 American and Korean soldiers who became infected with the disease. Bunyavirus causes infections such as Rift Valley fever or Hanta Pulmonary Syndrome (HPS) that cause a mortality rate of up to 50%. 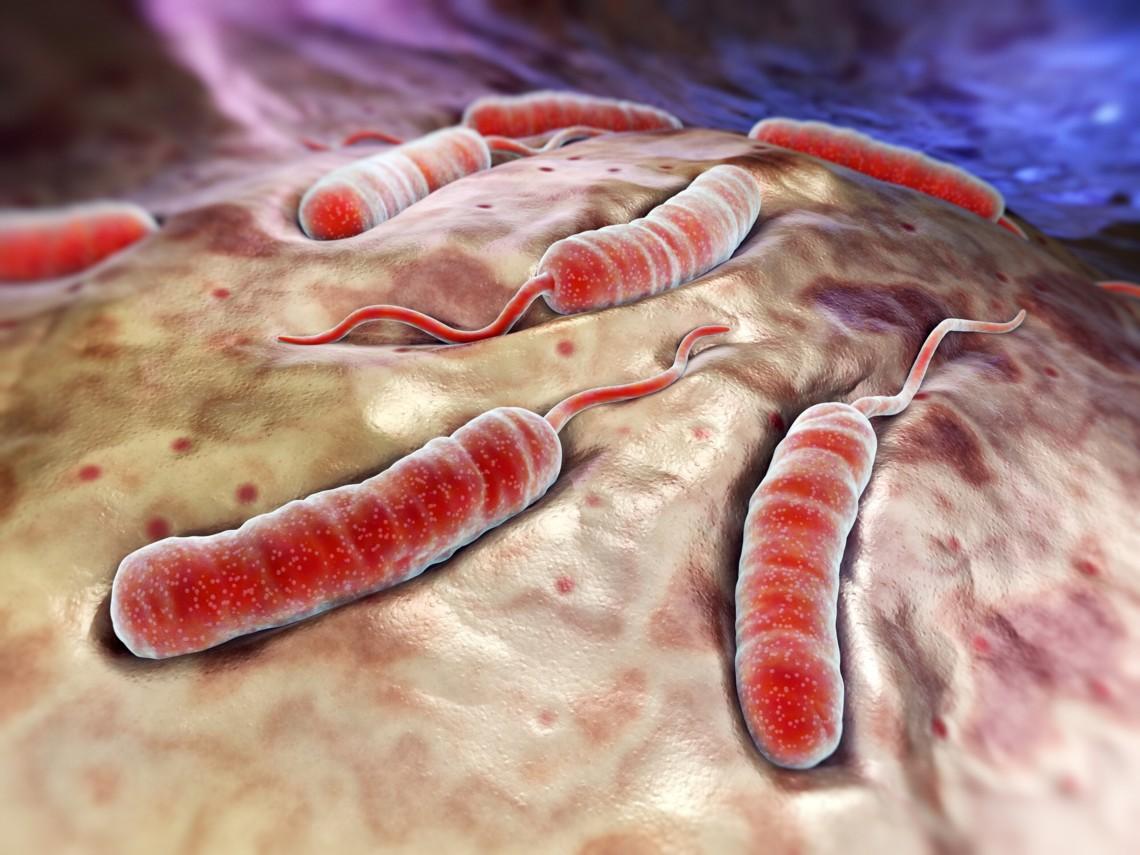 It is a potentially serious and sometimes fatal gastrointestinal disease, cholera has the potential to be used as a biological weapon. The only caveat with this acute diarrhoeal disease which, if left untreated, can cause death within hours, is that it does not spread easily from individual to individual. In the past, the bacteria responsible for cholera, Vibrio cholerae, was used by the U.S., Japan, South Africa and Iraq, among others. For example, in the Paraguayan war of 1867, soldiers threw cholera-affected corpses into water wells to infect their enemies and thereby decimate their troops. 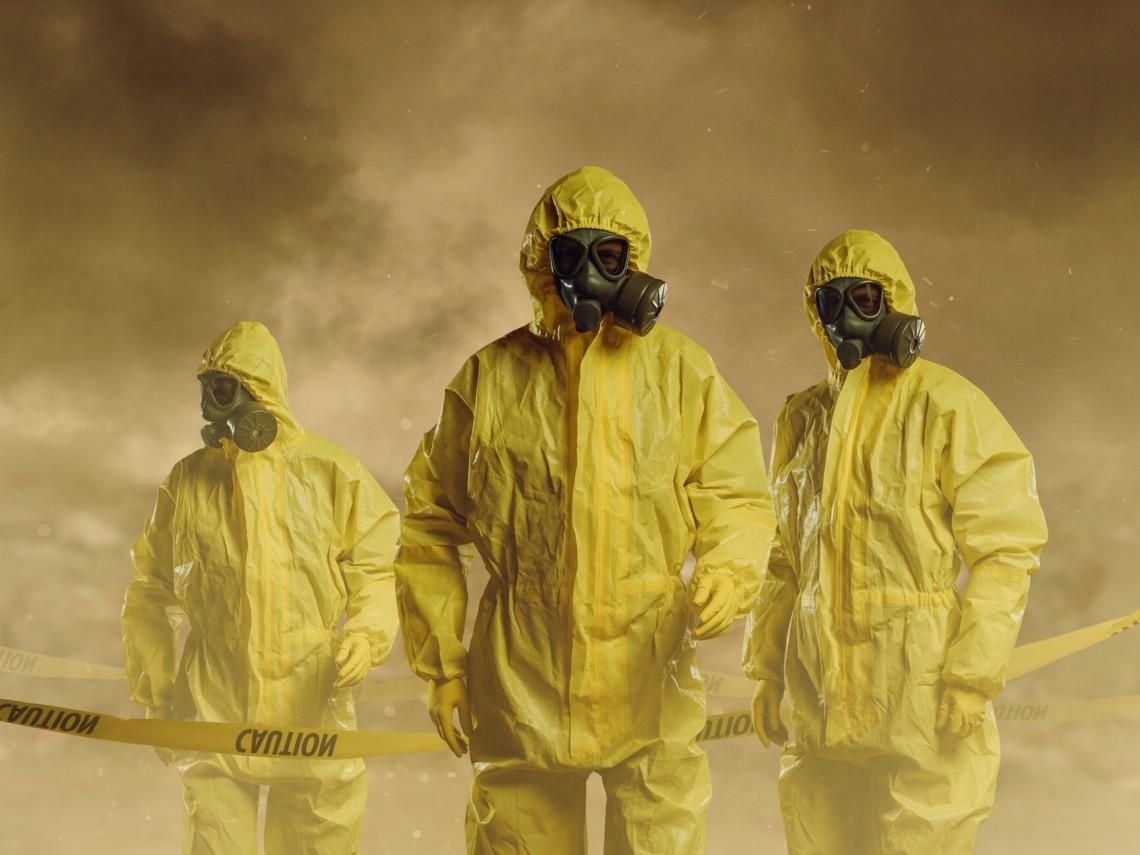 How are biological weapons disseminated?

-Through the air with aerosols. To be infected, a person must breathe enough particles to be affected by the disease.

-Explosives (artillery, missiles, bomb detonation). Using an explosive device to administer and disseminate biological agents is not as effective as using aerosols, as the agents tend to be destroyed by the explosion.

-Through food or water: contamination of a city’s water supplies requires an incredibly large amount of an infectious agent.

-Absorbed or injected into the skin: This method is effective for killing, but is unlikely to be used to cause mass casualties. 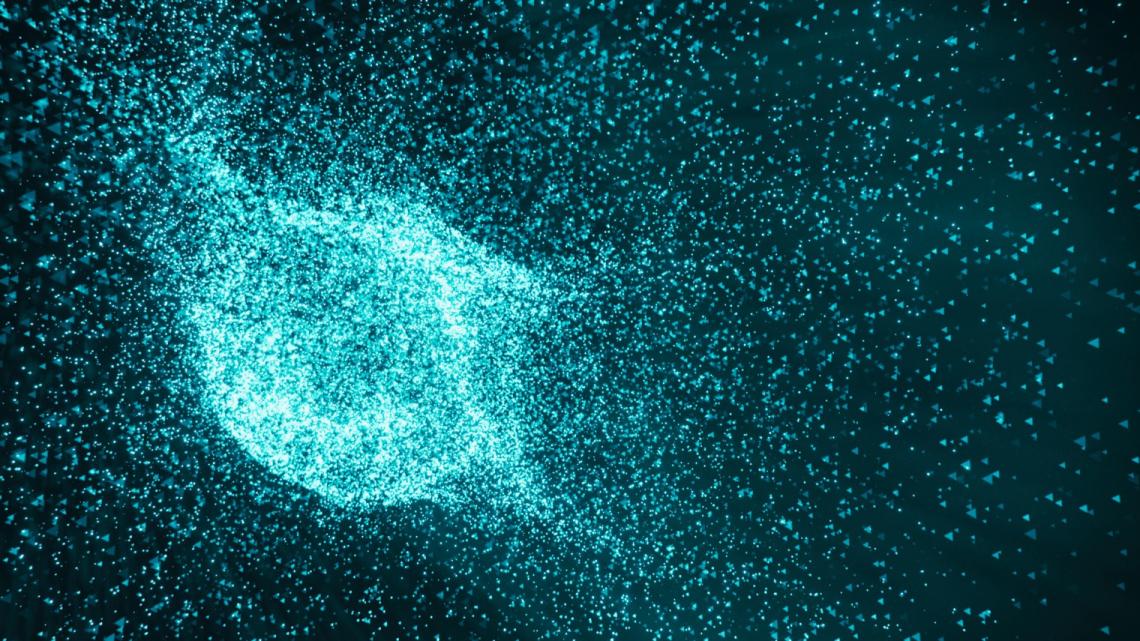 Biological weapons of the future

A report presented in August 2019 by the Centre for the Study of Existential Risk at the University of Cambridge, England, stated that the biological weapons of the future, armed with artificial intelligence and genetic manipulation would have the power to attack a specific DNA and potentially eliminate only certain particular breeds without affecting others. The authors warned that: "Technology is becoming increasingly sophisticated at cheaper prices, democratizing the ability to do harm faster and more lethal. In a particularly negative case, a biological weapon could be constructed to target a specific ethnic group based on its genomic profile". The unfavourable report also warns that an AI could become an "extremely harmful and potentially unstoppable" weapon.

The most spectacular nebulae in the universe