Life before the Internet

A world without smartphones, laptops and other tech devices might seem unimaginable for many, but that was normal life less than 50 years ago.

The internet is so vast and present in our lives that it’s hard to comprehend it being invented.

The people who invented the internet came from all over the world, though the biggest player in its initial development was the US defense department’s, Advanced Research Projects Agency (ARPA). Without ARPA, the internet wouldn’t exist.

The first workable prototype for the Internet arrived in the 1960s - known as the Advanced Research Projects Agency Network (ARPANET).

The ARPANET system was quite different from the World Wide Web we know today.

Back in the ‘60s, computers were vast machines that encompassed entire rooms and could not be easily moved.

ARPANET was initially used to link computers at Pentagon-funded research institutions over telephone lines. The system was only “semi-automatic,” so this meant that it needed human interaction to function.

In 1973 the concept of “global networking” became a reality as University College London (England) and Royal Radar Establishment (Norway) connected to ARPANET. It was at this point that the term 'Internet' was established.

The official 'birthday' of the Internet is recorded as January 1, 1983. This was the day that ARPANET officially migrated over to the Internet protocol suite (commonly known as TCP/IP).

It took until the 1990s for the internet we know and love to really take shape.

It was in 1991 that the “World Wide Web” was officially introduced to the public.

By 1992 the first audio and video was distributed over the Internet and it was during this year that the phrase "surfing the Internet" became popular.

Since the '90s internet usage has skyrocketed. Globally the number of internet users increased from around 413 million in the year 2000 to over 4.3 billion users as of 2019.

We’re living in a world where information is literally at the end of our fingertips. We can shop, work, launch a business, and even date online these days - all relatively simply.

It seems the world would be lost without internet access, but is this really the case?

How did people live and work before this technology was introduced?

Write letters, read books, learn to bake via the wisdom of your grandma…? 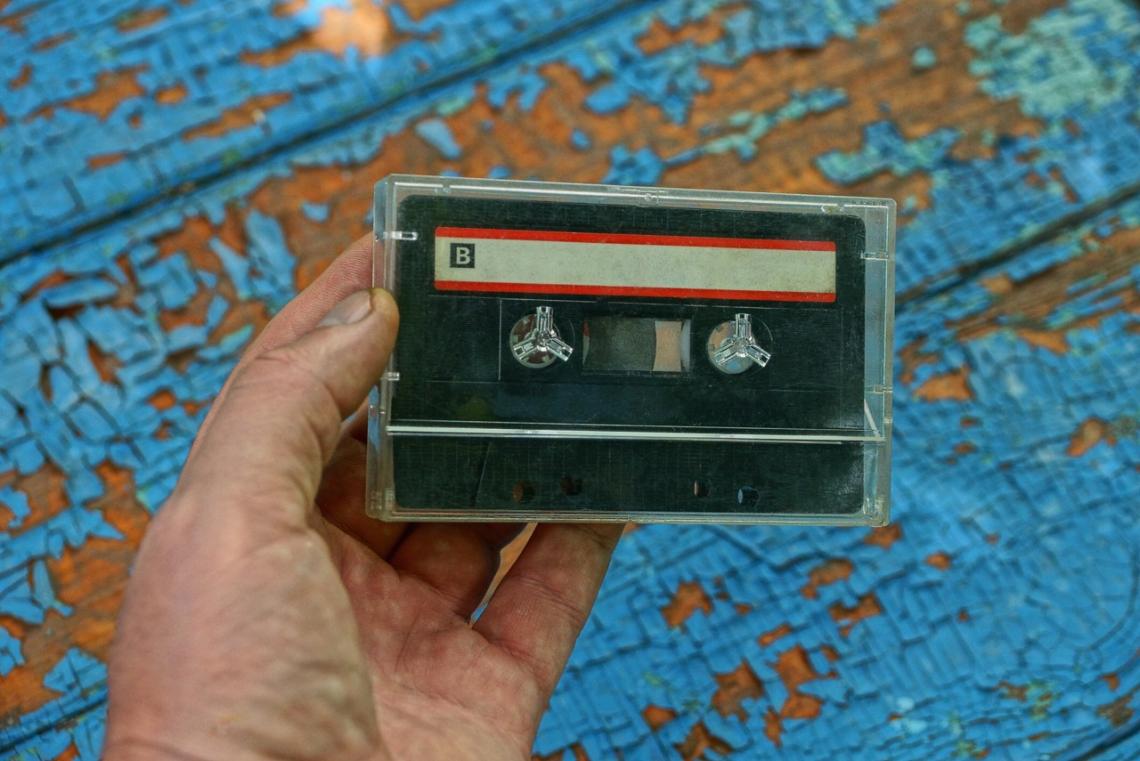 Making mixed tapes was a thing

Taping tunes from the radio was quite normal before streaming sites like Spotify, Napster or iTunes existed. Nowadays you can select ready made playlists with the tap of a button, but before all this online technology - these had to be painstakingly done by hand.

The blank cassette (or tape as it was also known)  was a music lover’s best friend. Cassettes had an A and B side - both usually holding up to around 45 minutes of audio. Many people would spend hours waiting for a particular song to come on the radio, and it would be a race to press the record button on the cassette player to make sure you were in time to capture the whole song - ideally without including the DJ commentary over the instrumental introduction.

There really was nothing quite like a friend or loved one presenting you with your very own personalised mixed tape.

If you couldn’t be bothered to sit poised by the radio to record your favourite music - you’d have needed to go to a music retailer to buy the latest vinyl, cassette or later CD album or compilation - Woolworths or HMV springs to mind… 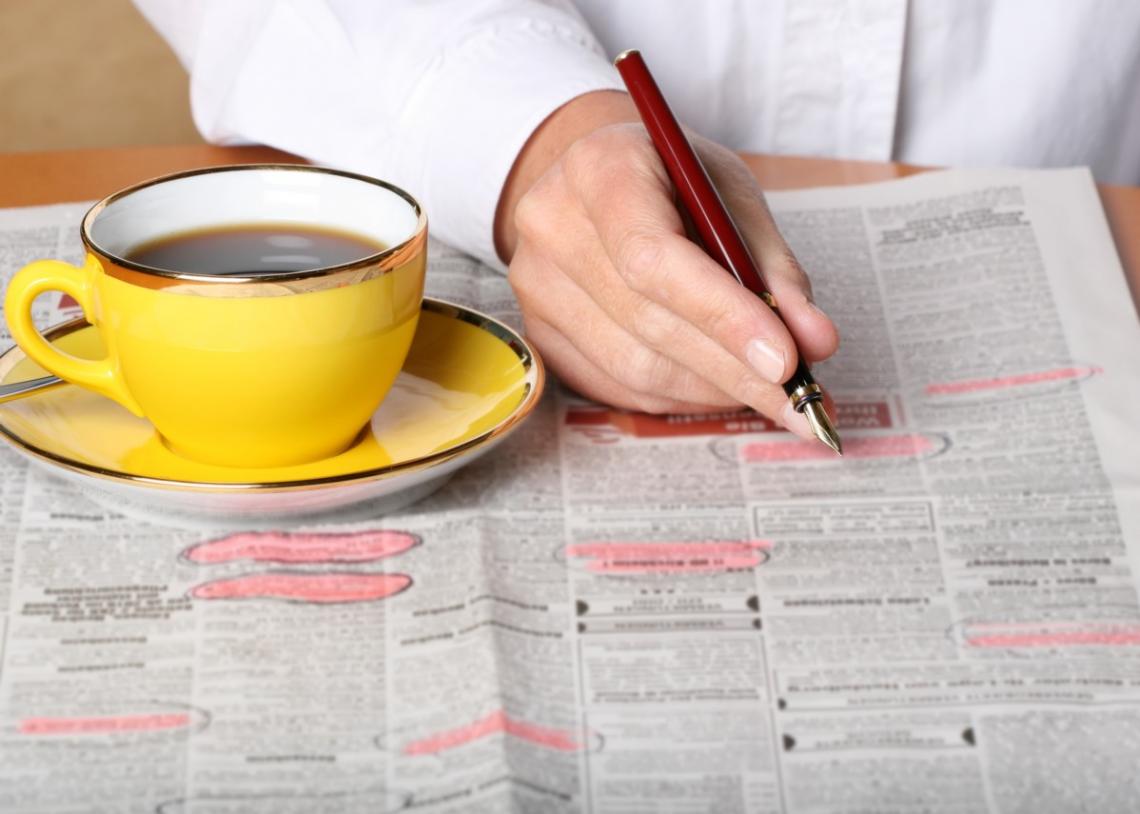 Searching for jobs in newspapers was the norm

Before the dawn of employment search engines such as Linkedin, Indeed, Monster, or for example Guardian Jobs in theUK - job hunters would turn to the “classified” sections of local and national newspapers for their listings.

If you weren’t tearing out job ads from newspapers; headhunters or perhaps most importantly - professional connections were your best bet at bagging a new job before you could search online.

Aside from looking for jobs, many positions didn’t even exist before internet access became mainstream. Take for example - “Web Designer” - this role would have only been assigned to a spider in times gone by.

Leaving home was vital to do most things

If you wanted to buy new clothes, meet new people, learn a new skill or rent a film - all these things required you to leave the house before we had the Internet to help.

You don’t even need to step outside to socialise these days. Video-conferencing platforms like Zoom have made it possible to host quiz nights, social catch-ups and even professional meetings right from your home.

As YouTube tutorials saturate the web, shopping online is the norm, degrees can be achieved completely remotely online and you can find out pretty much anything with a decent Google (or other search engine) search - it’s true that the Internet has made life a whole lot more convenient. 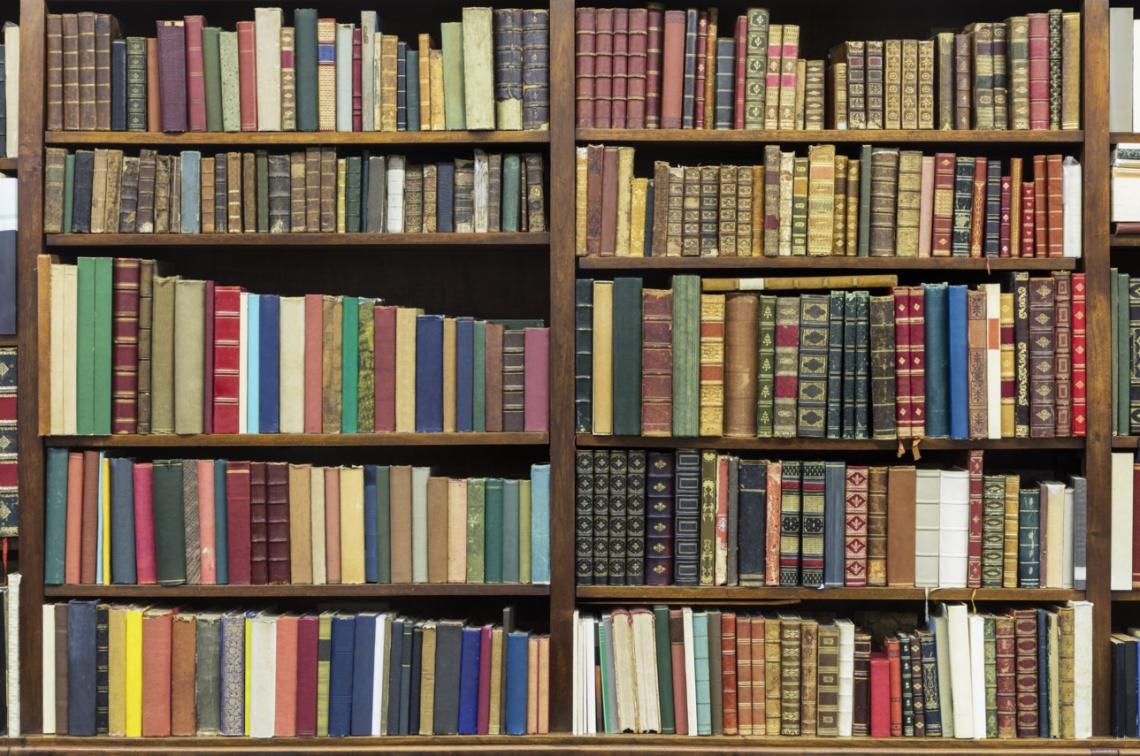 Books? You’d go to the library

Life before Google search required books, dictionaries and encyclopedias to find out information.

Libraries were the king of information and a student’s best study partner.

For the tech savvy they may have had access to Encarta by the mid '90s - a digital multimedia encyclopedia published by Microsoft, but mostly it was down to books.

Did you know? Google wasn’t introduced until 1998. 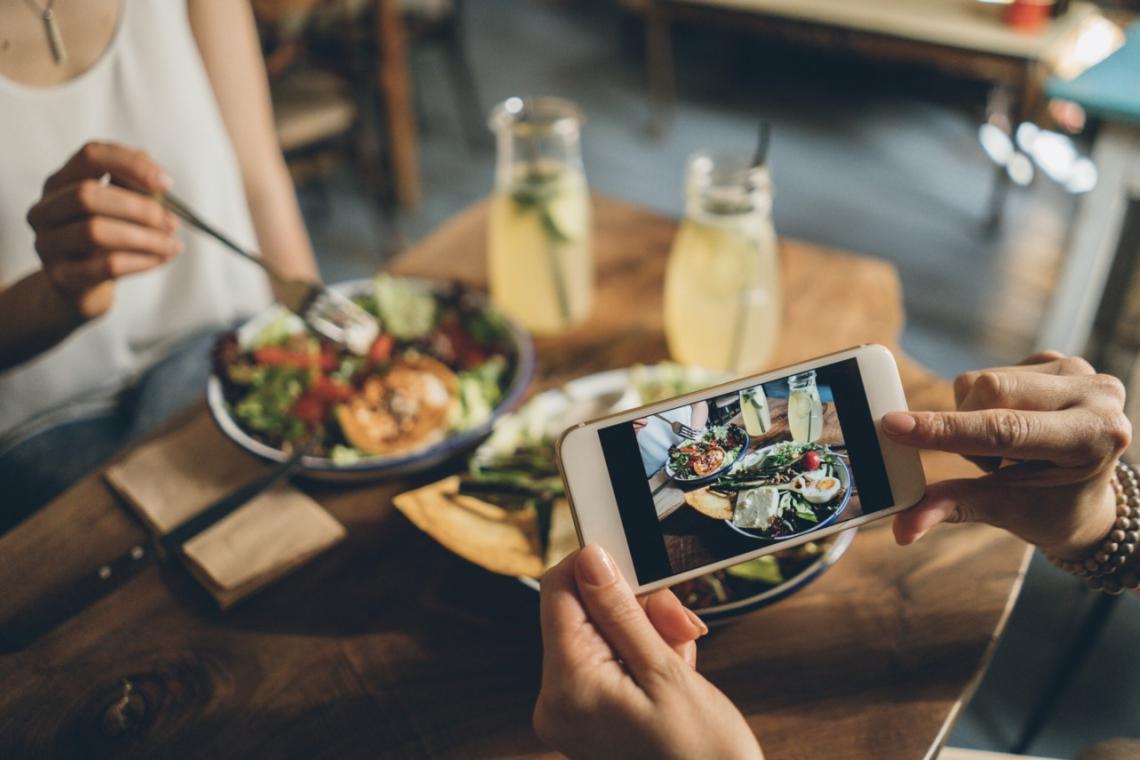 Pictures of food was not a thing

What a strange world you might think. It must sound like a very confusing time for much of the youth of today. 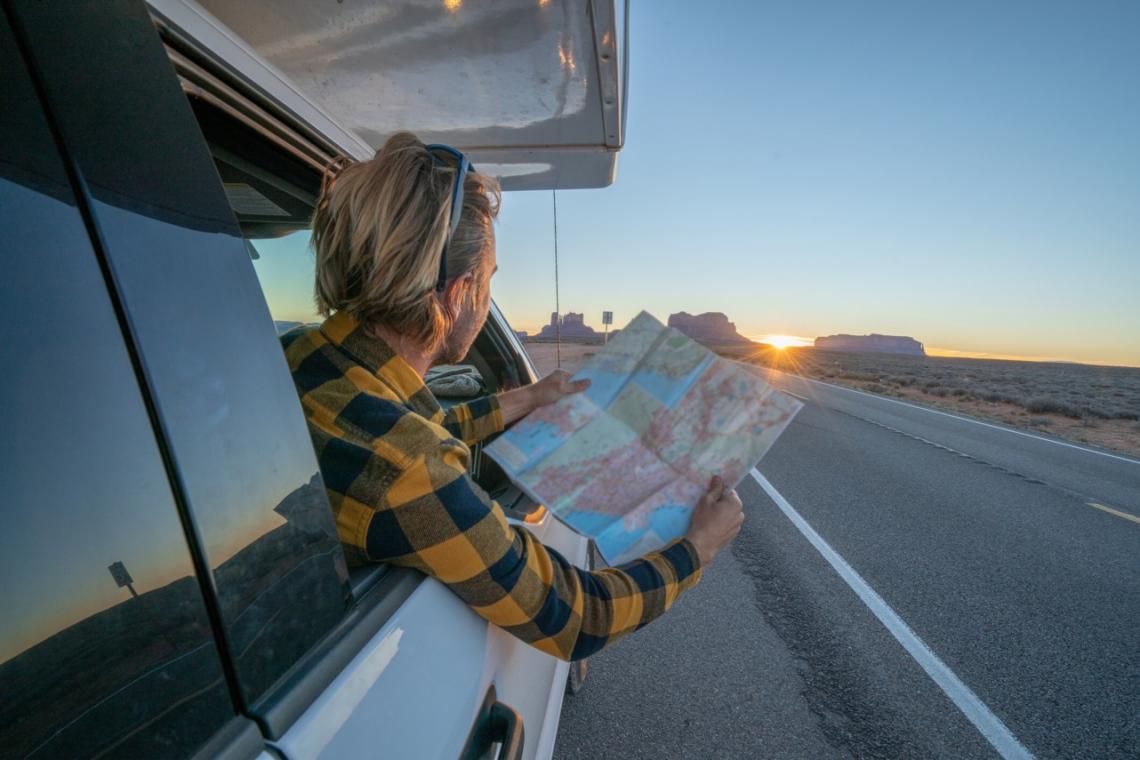 Travelling to a new place? A paper road map was needed to avoid getting lost

With step-by-step directions from Google Maps or other GPS services, the humble paper road map has lost much of its appeal for many.

Prior to savvy GPS technology and mobile internet services, it would be rare to find a car without a map stored inside the glove compartment or boot.

The youth of today will never comprehend the complexity of folding those pesky (but very useful) maps back the correct way... 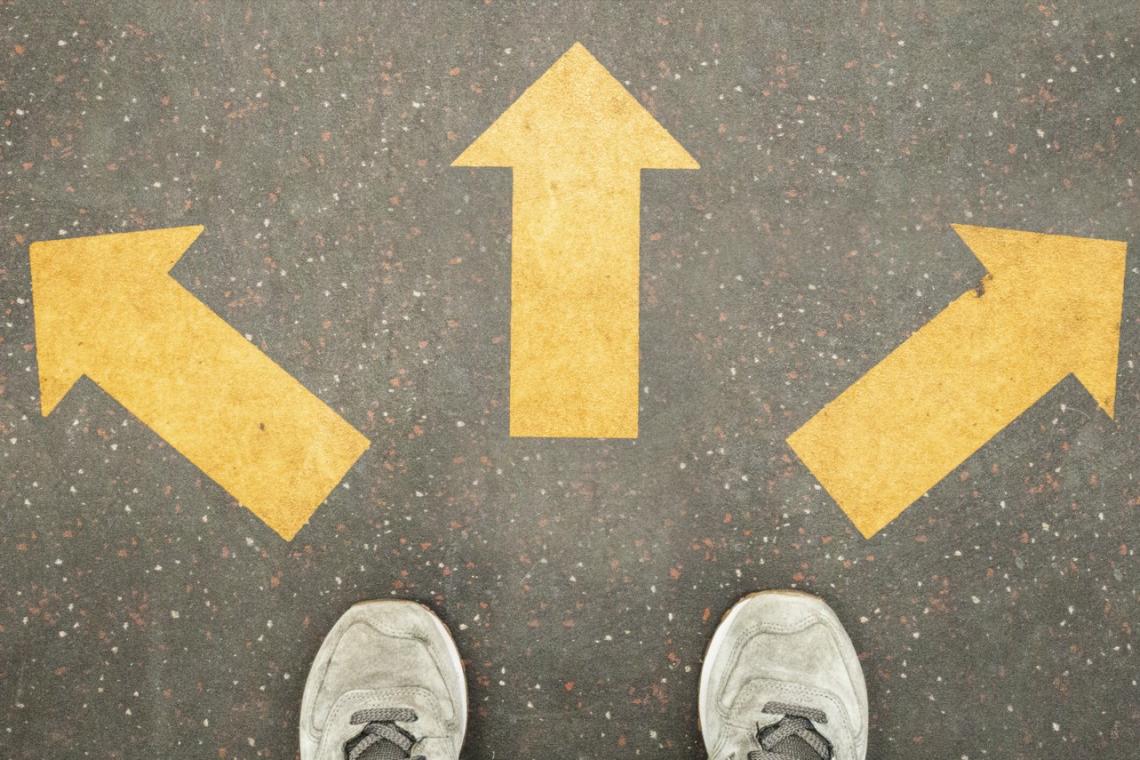 Similar to travelling on roads, GPS also comes in really handy when you’re looking for a place on foot. Without the comfort of internet access not so long ago, people actually asked strangers for directions when they were lost looking for a specific location. It was the quickest way to get to where you needed to be, especially if you didn’t have a map to hand. 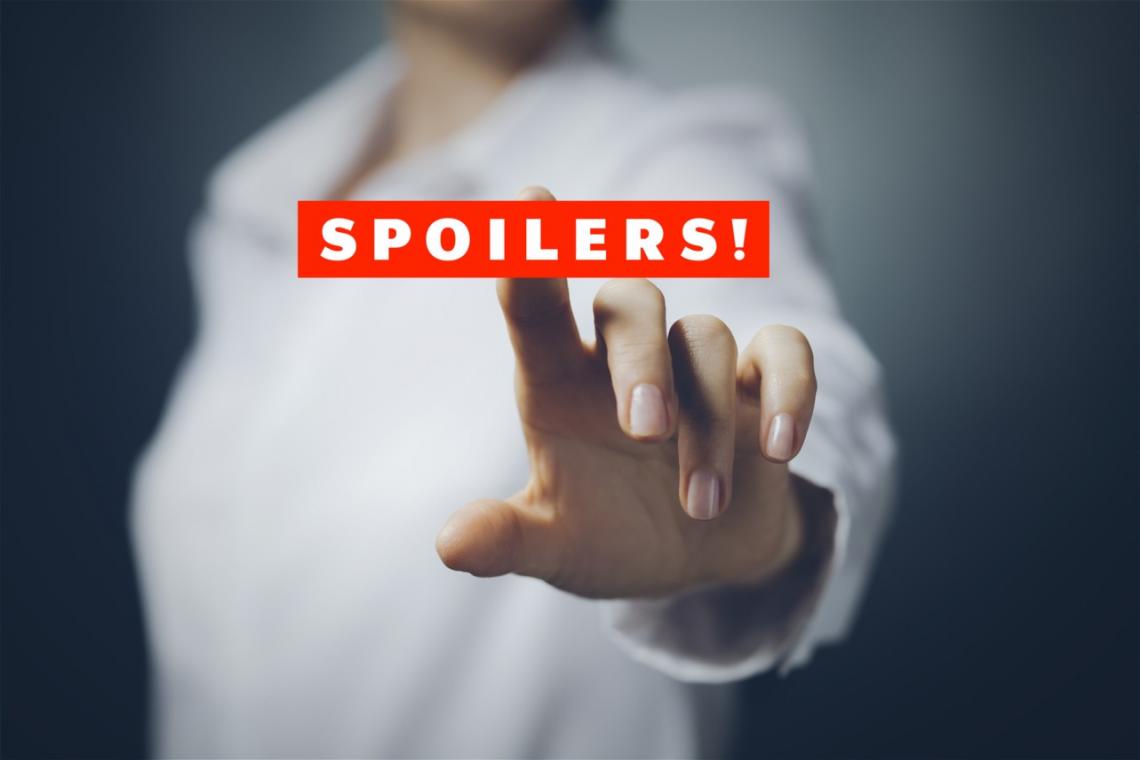 Some of the luxuries of life before the internet included a lack of spoiler information when it came to your favourite TV series or a new film.

If you wanted to know what happened at the end of a film - you actually needed to watch it (or speak to someone who had). There was no binge-watching series or viral social media posts that would spoil that cliffhanger or surprising ending. 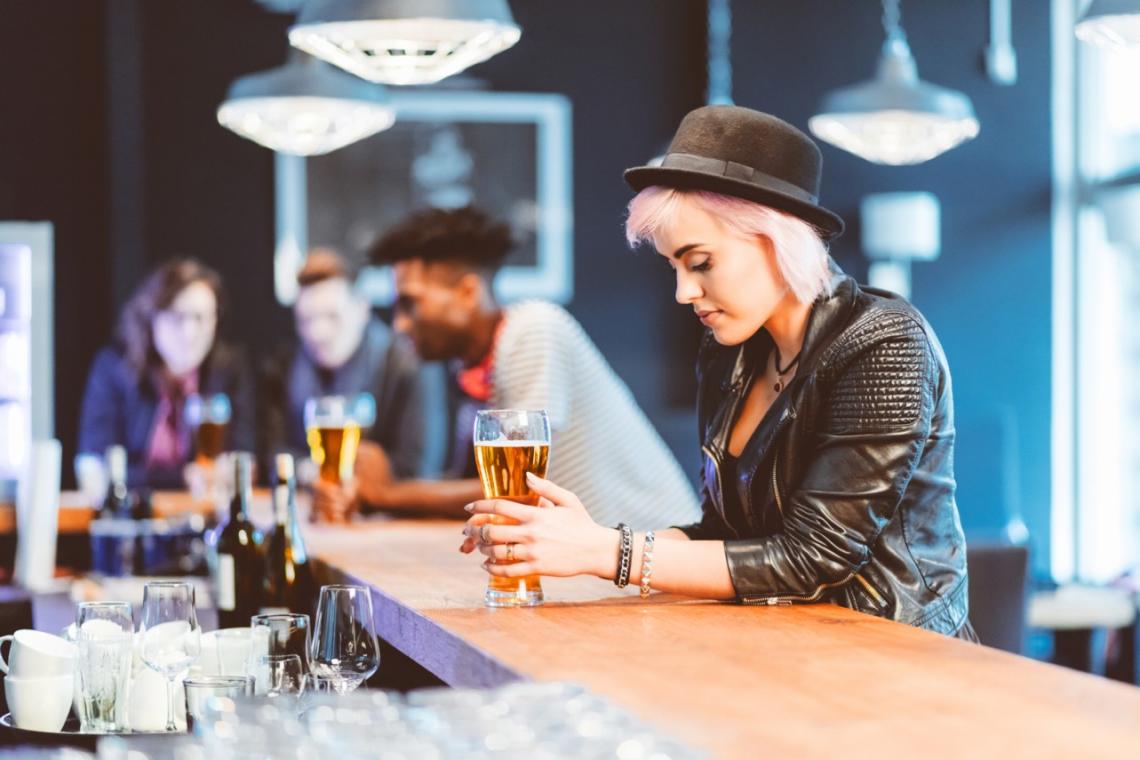 Without Tinder, Bumble, Match, or any other dating website - you had to go out and meet people to discover a potential partner.

If you wanted to go on a date, you’d have to pluck up the courage to actually ask in person, or at least send a sign by-proxy (roping in the best-friend spring to mind), or for the more formal folk - by writing a letter.

That’s not to say that the traditional dating process doesn’t continue today, but it’s a much rarer occurrence.

Apps like Tinder truly have changed the dating game forever. 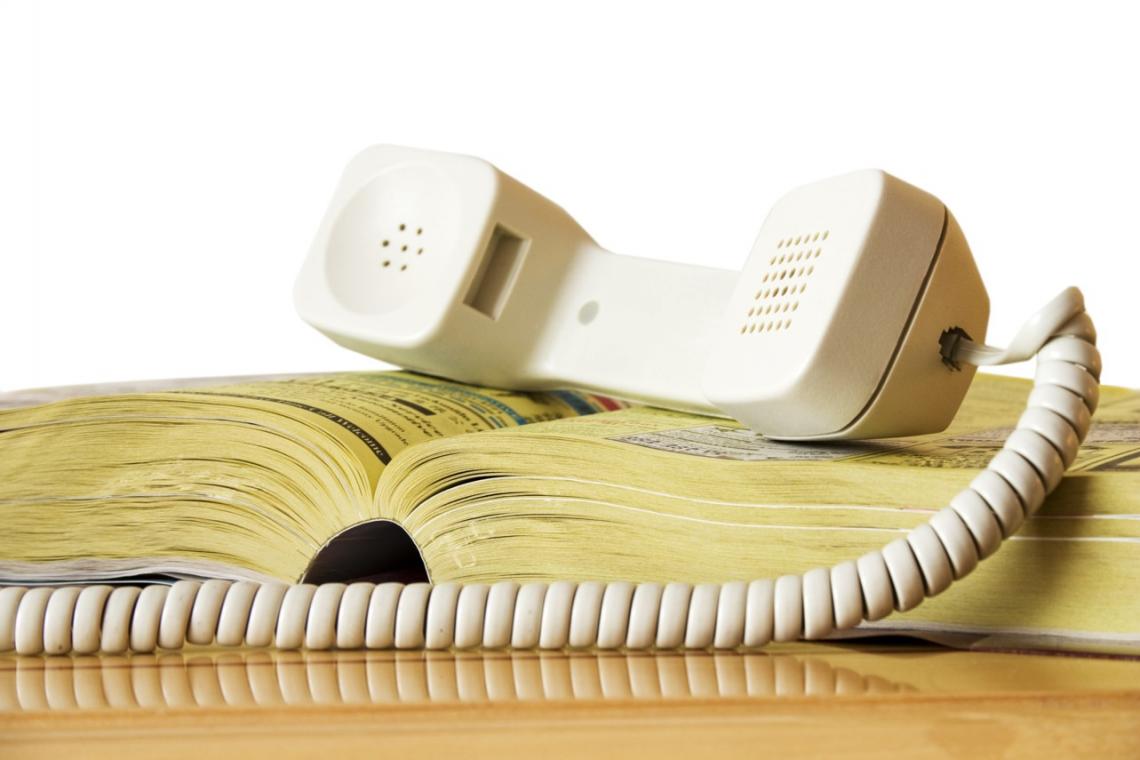 Referring to the “phone book” was normal

Back in the day, if you needed a plumber, electrician or wanted to order a pizza - you would have consulted the local “phone book” (telephone directory - more formally put) or for national numbers - The Yellow Pages. 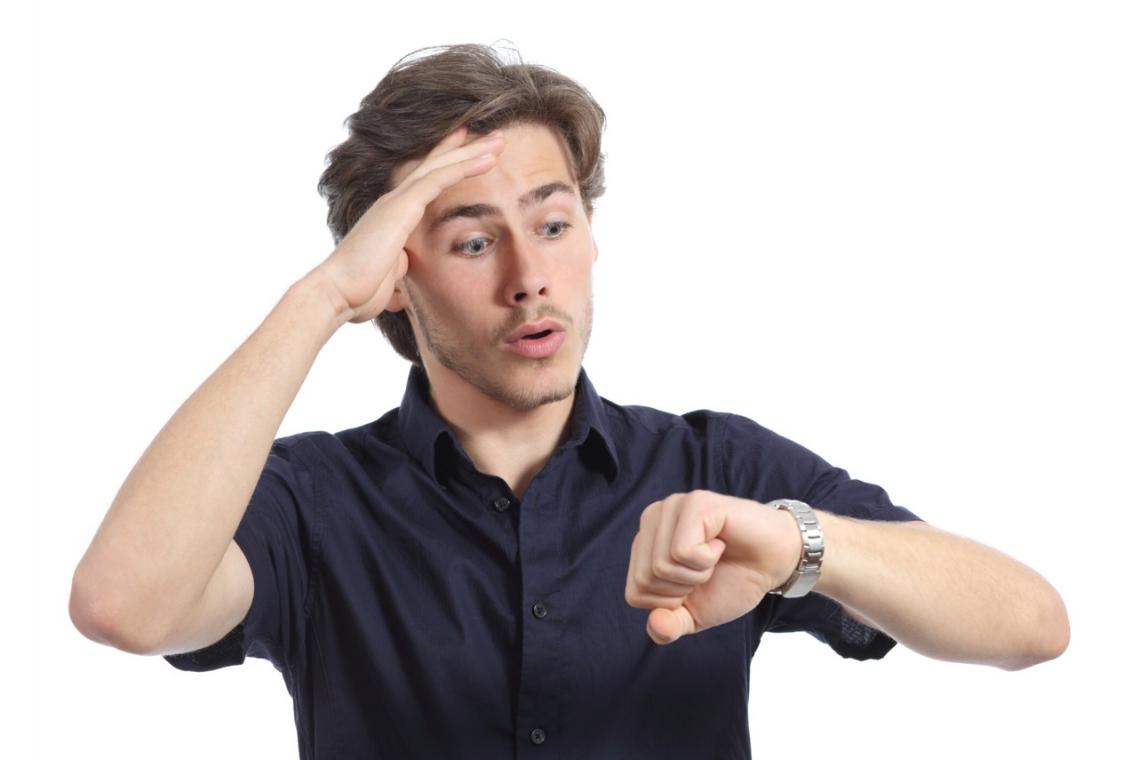 Being on-time was important

If you were meeting a friend - you needed to be on time.

The dawn of the internet didn’t automatically allow us to be late - but without mobile phones or internet data, it was difficult to let someone know you were going to be late - unless you were still at home. 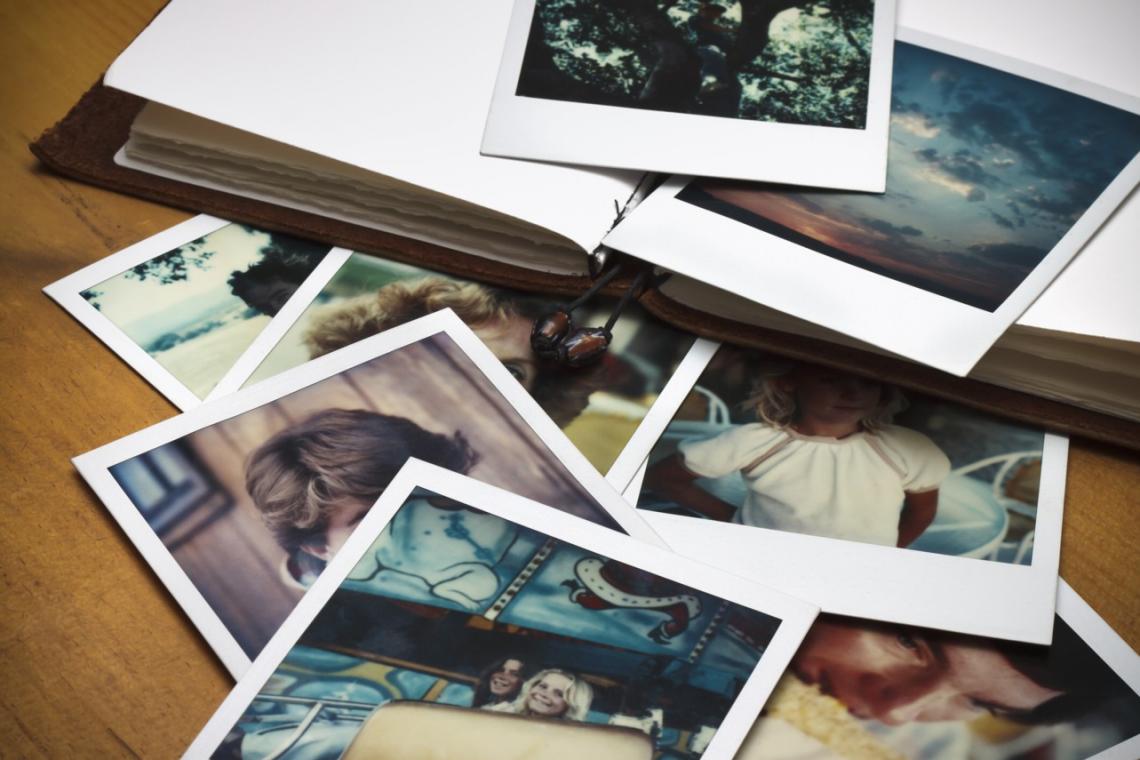 Photos needed to be developed for you to see them

Those who remember life before the digital camera will never forget the excitement of going to collect your developed photos from the local chemist or reprographics shop.

It was always a little hit-and-miss when it came to photos - as there was no way to see how they’d turn out until you had the physical copies in your hands.

It’s a rarity to pull out a physical photo album of your latest city-break, birthday party or celebration to show your friends or family these days. Photos tend to reside on phones, tablets, or other digital devices - floating around in cloud based storage systems. 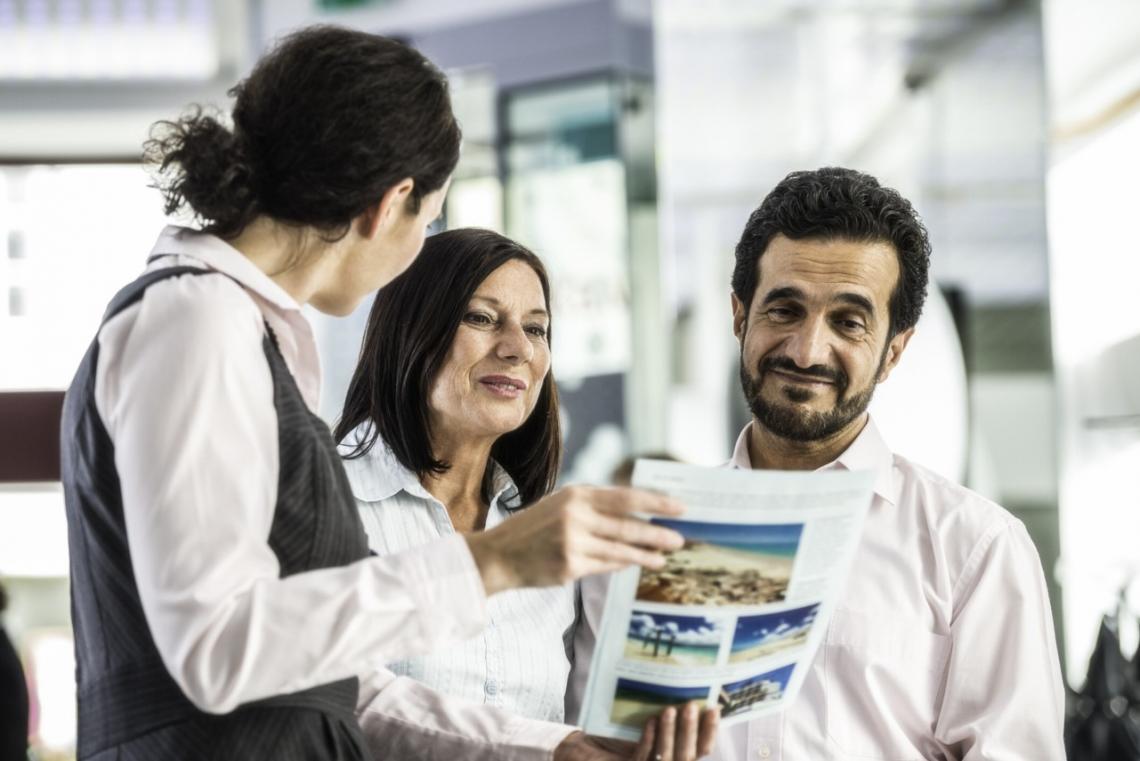 Looking for a holiday? You’d go to a travel agent for that

The internet has fundamentally changed the way people book holidays.

There were a limited number of flight routes and airlines to different countries and there was also no way of easily researching cheap fares. The only way to find out who flew where, and what fares they were charging was to contact the airlines directly - by phone - or by walking into a travel agent.

Agents were a vital source of knowledge generally, when it came to booking a holiday. They would offer you travel brochures to browse through, which were nearly always printed on cheap paper and were often criticised for misleading descriptions - and selective photography was widely used. If you wanted to make a hotel booking independently, you would have to research the one you wanted through a guide book, make an expensive international call and follow up with a letter (or if technology allowed you - fax message). Essentially - booking a holiday, especially abroad, was usually expensive and time consuming.

Booking a holiday these days has never been easier thanks to the Internet. Package deals can be bought with the click of a mouse, and sites like booking.com, skyscanner and trivago make it easy for the DIY traveller to package up their own trip. You can find the best flights and accommodation bargains, combine them together and could be on an adventure (pre COVID-19) within days. 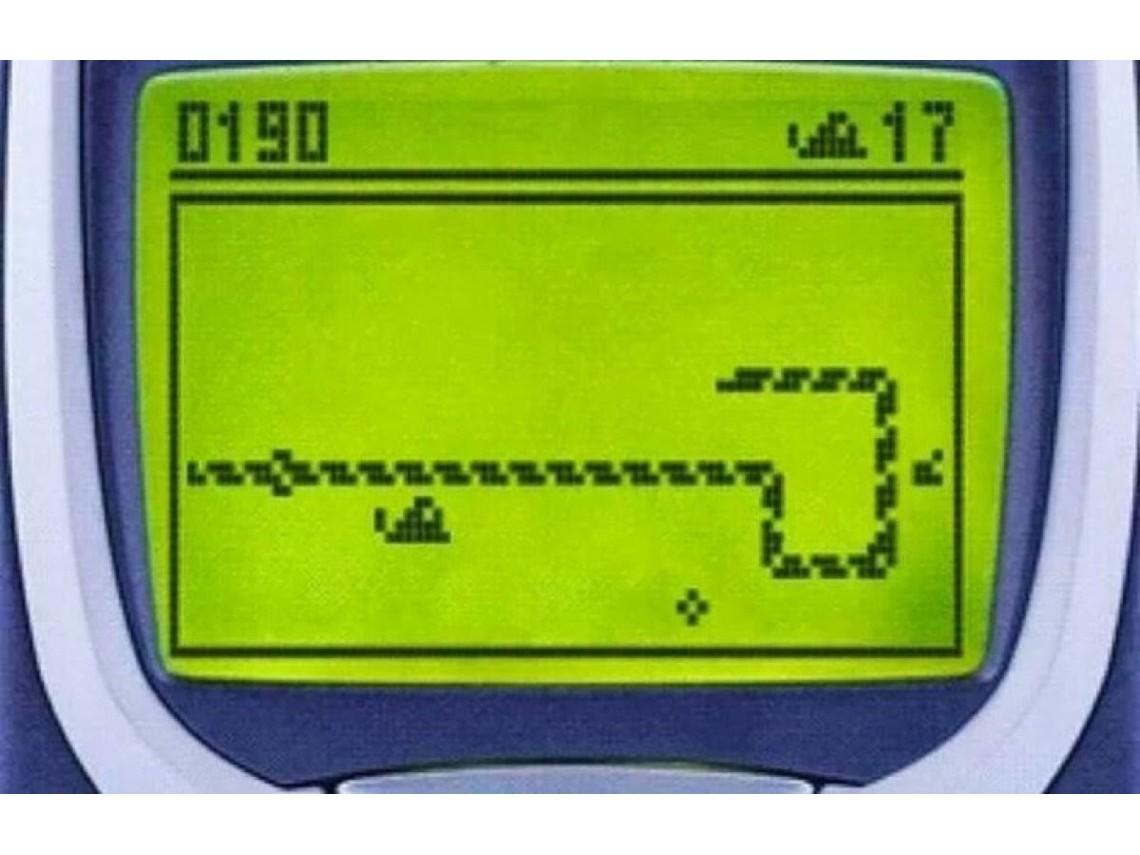 Before the mobile phone became a smartphone

The mobile phone was a luxury for many until not so long ago.

The trusty landline (often stuck to the wall attached by a cord) was the most usual way of communicating on the phone - especially before the internet was popular.

If you were lucky enough to have a mobile phone - the initial idea that you play a game on one - seemed unimaginable. Nokia introduced the game Snake for a number of its models in 1997 and that changed the face of the gaming world forever.