Occurring between 1918 and 1919, the erroneously–named Spanish flu came to be one of the most damaging pandemics in human history.

Even as the world suffered the effects of the Great War, the emerging disease evolved into a pandemic. Historians propose that World War I nurtured the outbreak through a combination of unfortunate conditions—small, crowded spaces and large scale passage of soldiers.

While the first recorded case of the Spanish flu was seen in Kansas, United States, it quickly cropped up in areas throughout Europe due to the former’s entry into the Great War. Like other respiratory viruses, H1N1 spread through respiratory secretions during speech or coughing. The soldiers’ cramped and difficult living conditions aided the rapid spread of the virus.

Unlike the first wave of influenza, the second and third were speedy and extremely deadly. Pneumonia was a particularly dangerous symptom associated with the virus and its numbers grew exponentially, affecting nations that were not even involved in World War I.

The Spanish flu was caused by a swine flu virus —an influenza virus type A and subtype H1N1— that was spread through respiratory droplets. The strain was possibly a derivative of one of the eight RNA sequences from an avian virus that had undergone several mutations before it infected humans. 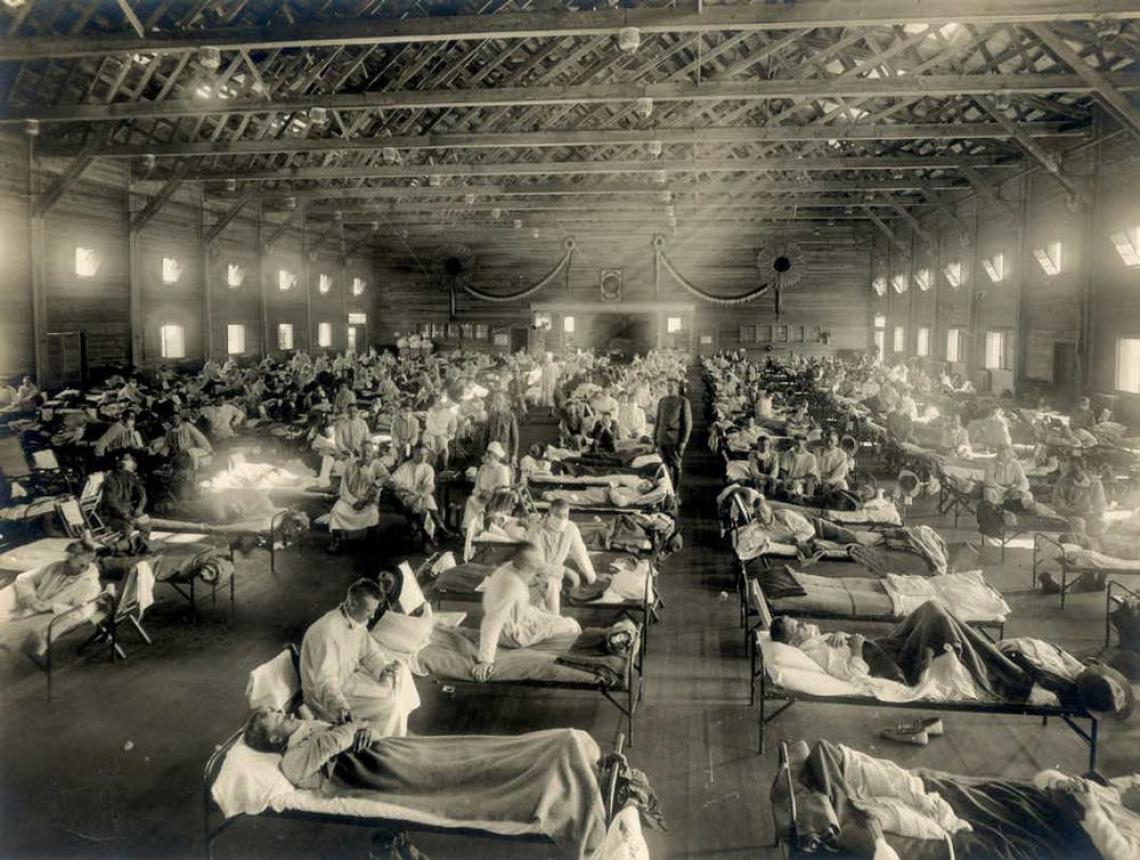 Of the pandemic’s three waves, the first, a milder one, began in March 1918. The first recorded case was a patient in a Kansas military camp in the United States, with other cases popping up in western Europe, reaching Poland in July. 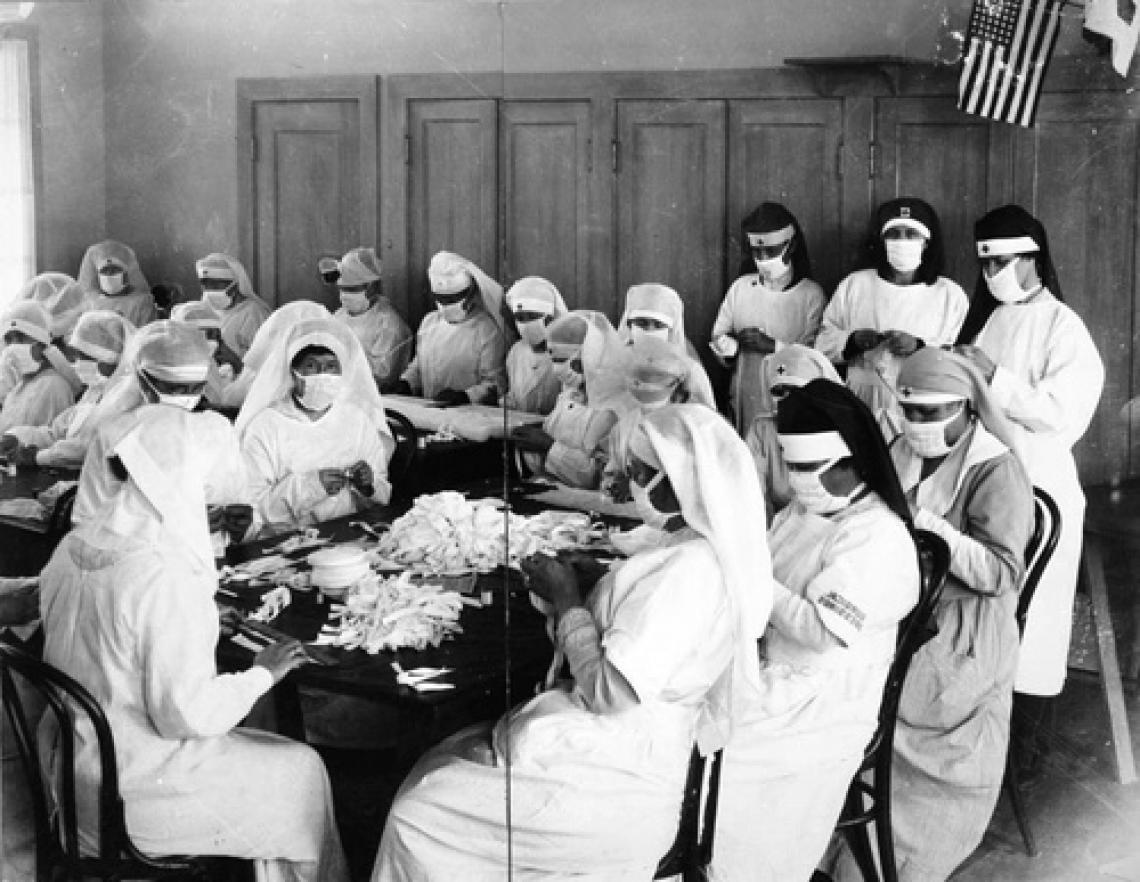 In the summer that followed the first wave, a second, more deadly outbreak took place. A swift attack of pneumonia was followed by death a mere two days after the initial symptoms of the flu. In October 1918 alone, more than 10,000 people died in the United States. 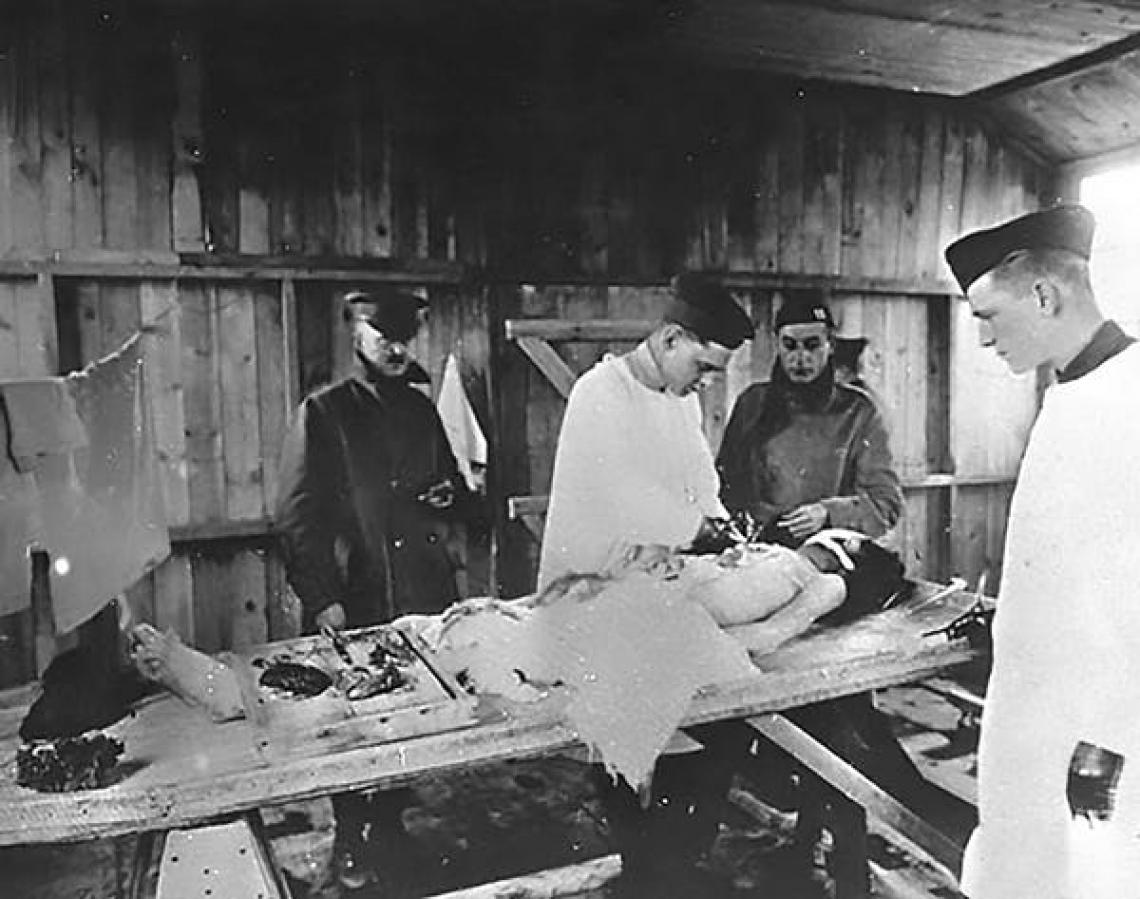 The following winter and spring witnessed the third wave of the pandemic—with half of the deaths happening in folks in their 20s and 40s, a strange mortality pattern for the flu. 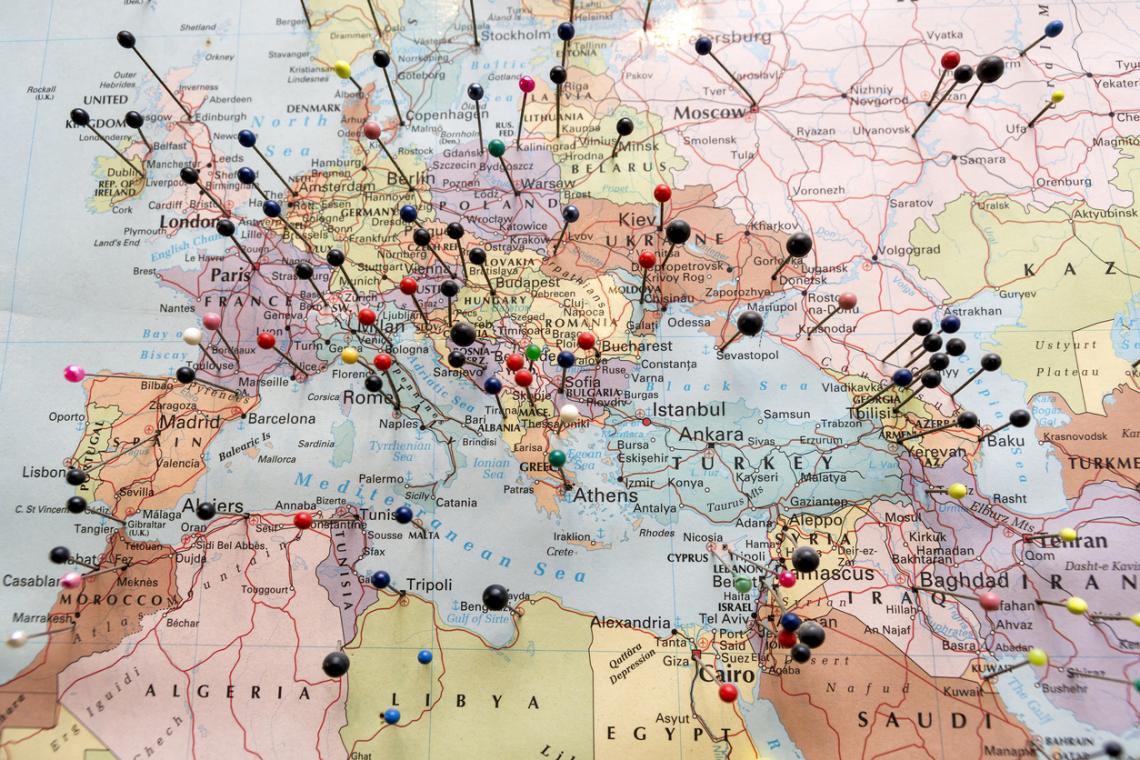 Declared a global pandemic, the Spanish flu spread from ports to other cities across the world’s trade routes. At the time, a third of the global population, approximately 500 million people, were infected with the virus. Around 12.5 million people died in India, and the infection travelled to islands in the South Pacific, including New Zealand and Samoa. In the U.S., 55,000 people died. The second and third waves claimed the highest numbers of victims of the infection. 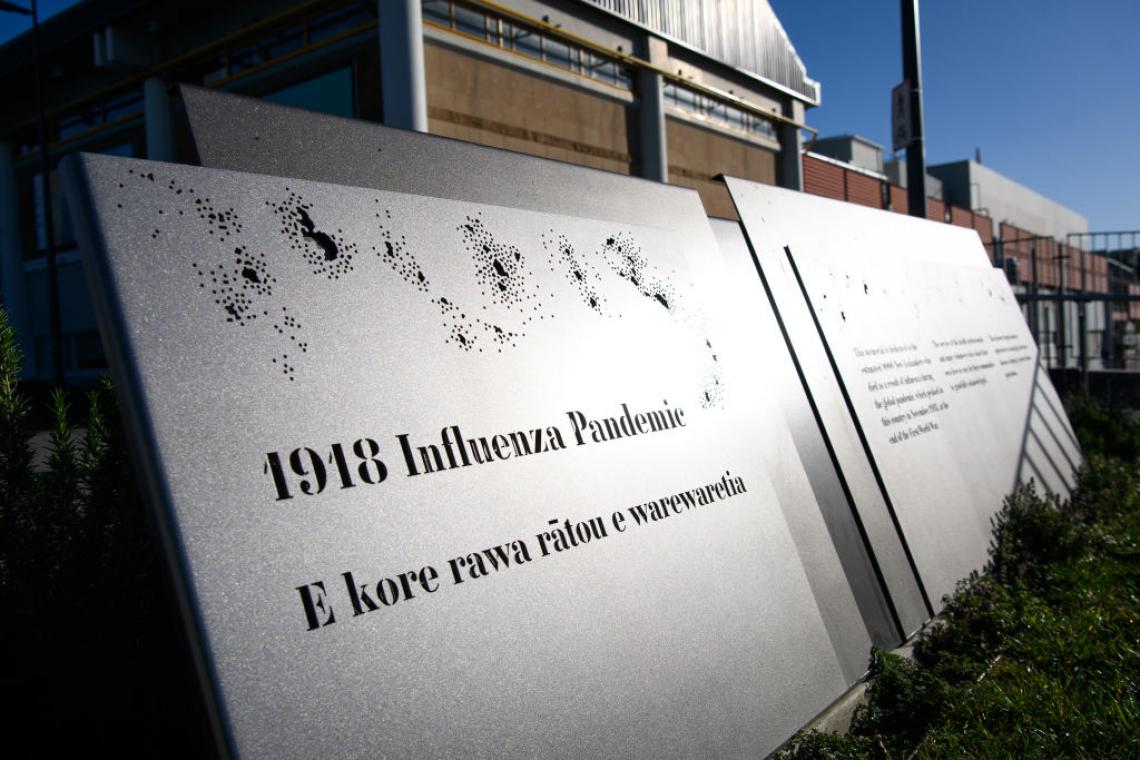 Getty
A memorial plaque for the victims

In the Pukeahu National War Memorial Park, in Wellington, New Zealand, a plaque that pays tribute to the victims of the Spanish flu reads:

They will never be forgotten.” 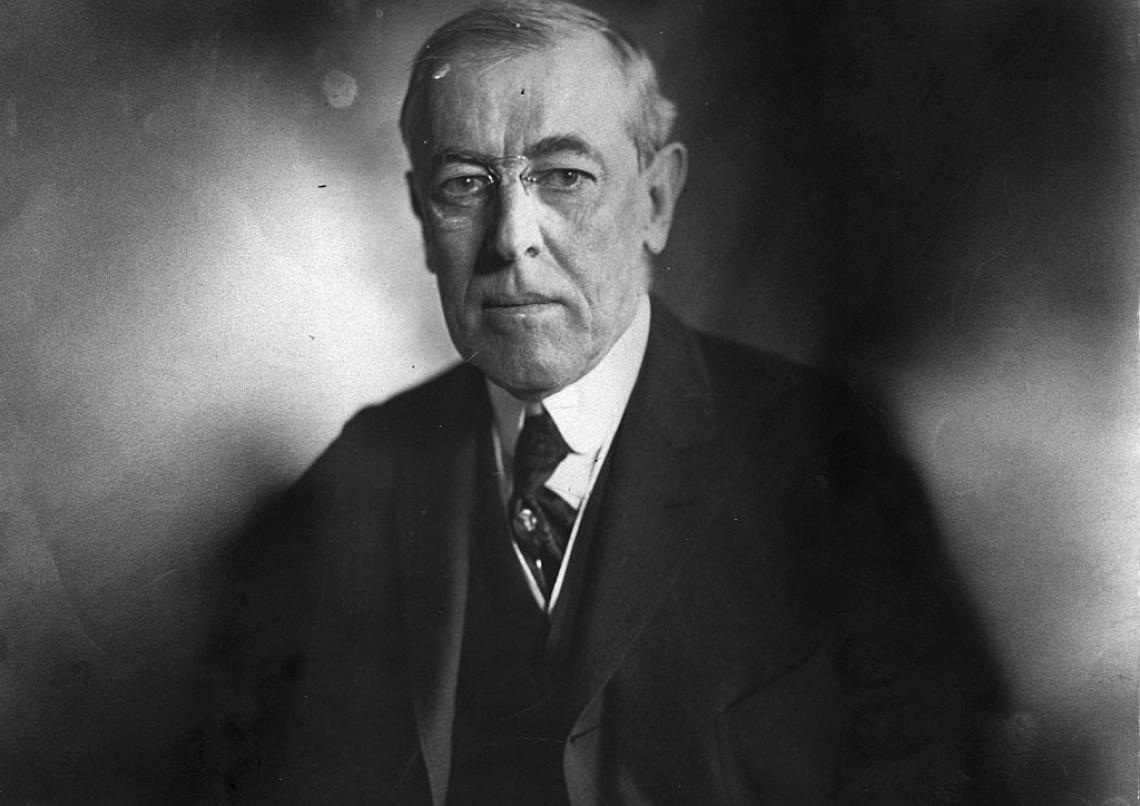 Getty
Did President Wilson have the Spanish flu?

In April 1919 at the Versailles Peace Conference, then President of the United States Woodrow Wilson collapsed during discussions to end World War I, leading to speculations that he was infected and weak from the Spanish flu. 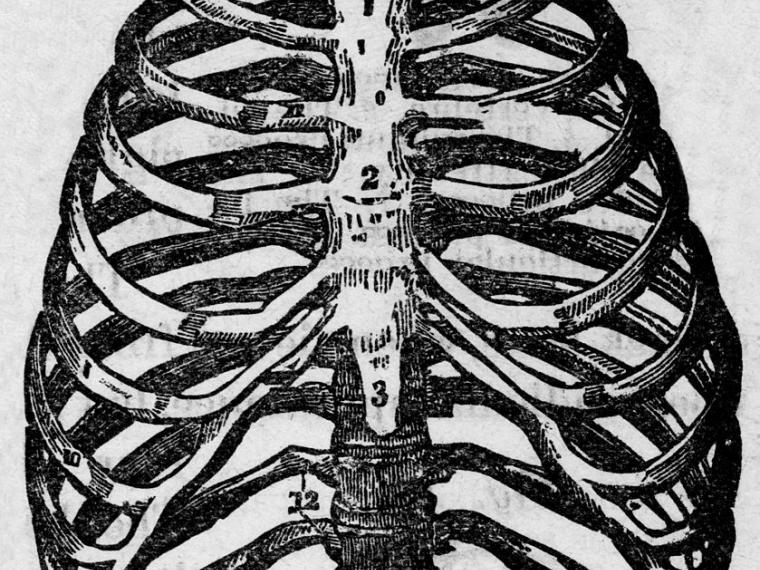 According to the Center for the Prevention and Recovery of Infectious Diseases, viral infections were understudied and vaccines or treatments were absent. Treatment for its symptoms, like pneumonia, were also unavailable. 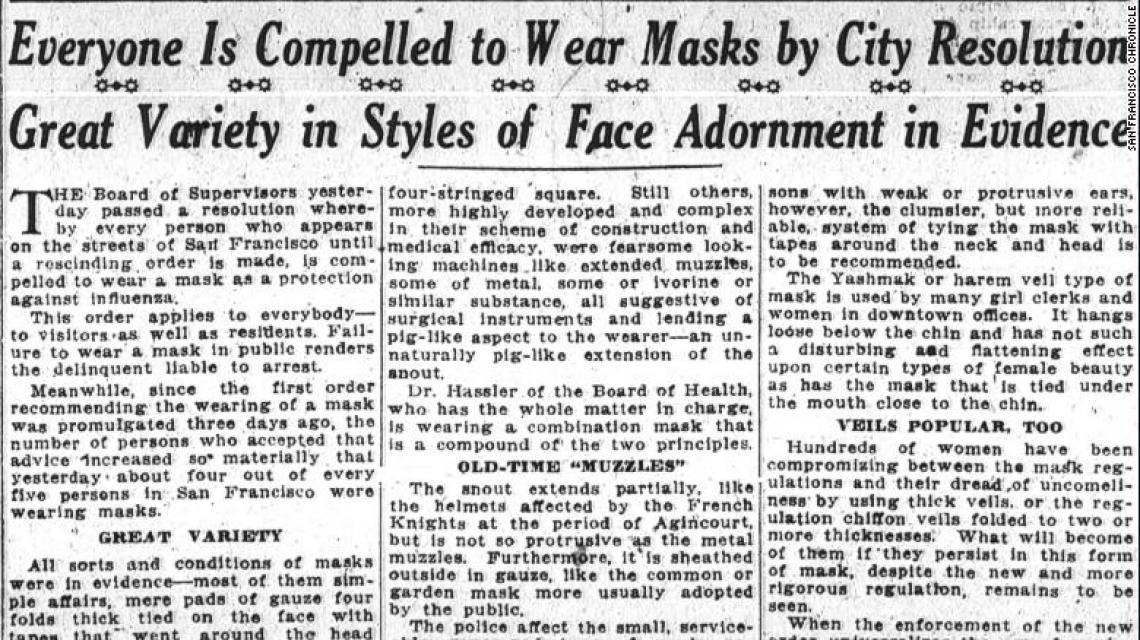 San Francisco Chronicle
Mask–wearing was mandatory in the U.S.

As this clipping from San Francisco Chronicle dated October 25, 1918, states that a resolution decreed that people in the streets were required to wear a mask, to prevent the flu’s spread. 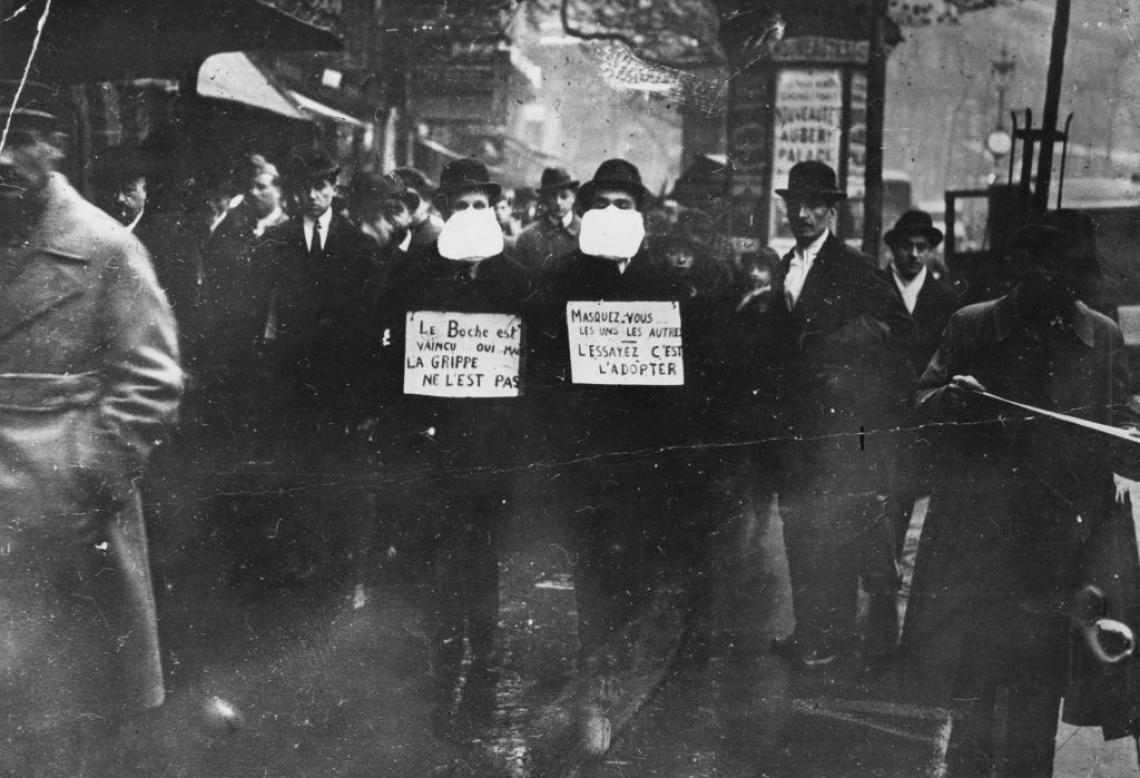 Following the usage of masks in the USA, people in Europe began wearing them as well. In the picture dated March 1, 1919, two men wearing masks defend its use as protection against the virus in Paris. 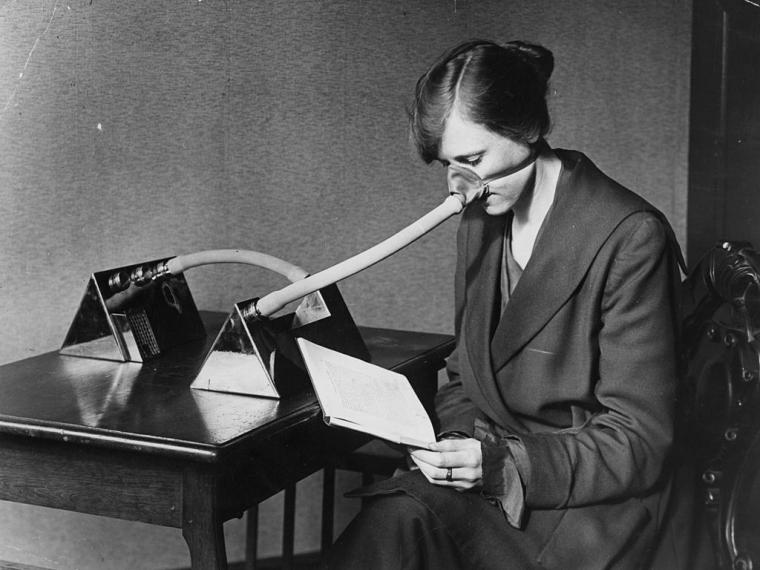 A woman uses a mask outfitted with a respirator in a photograph, dated February 27, 1919. 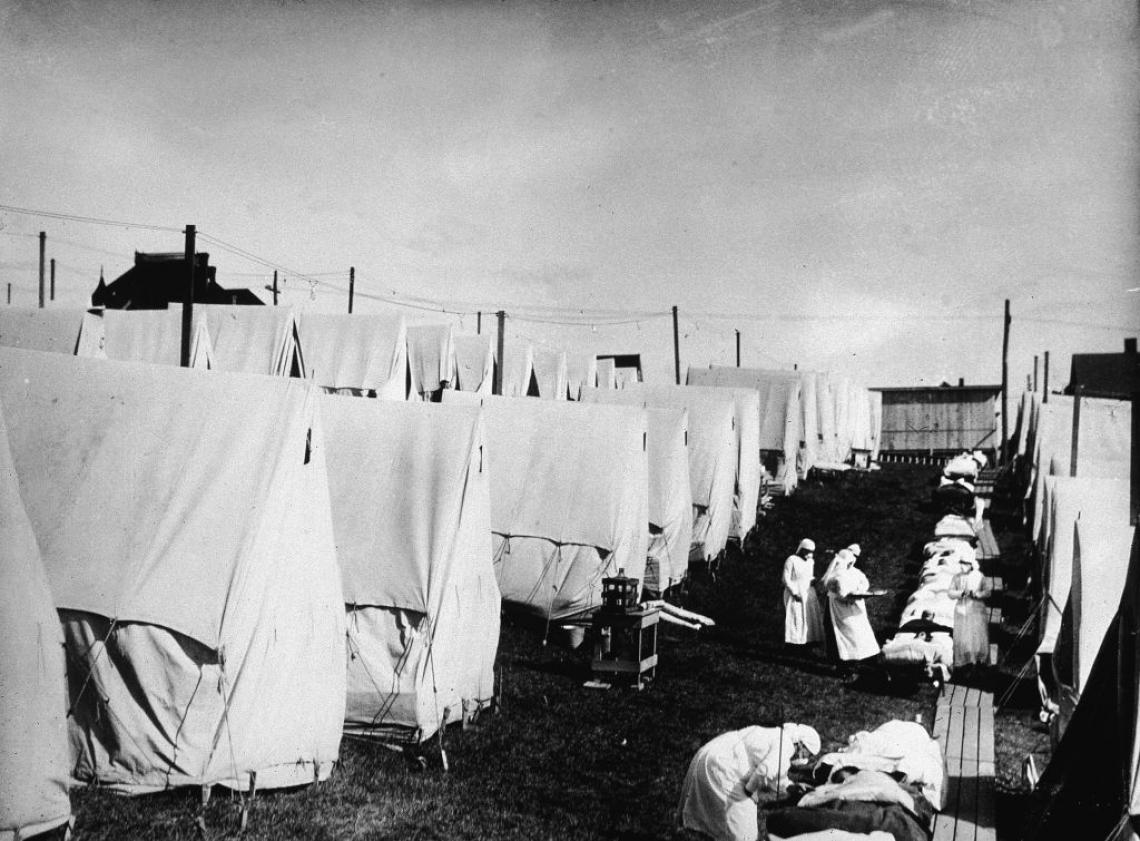 With no treatments available for the Spanish flu, people turned to fresh air as a possible cure. Other little-known diseases, including tuberculosis, were similarly handled in the early 20th century. In this image from the Hulton Archive, nurses treat Spanish flu patients in outdoor canvas tents in Lawrence, Massachusetts. 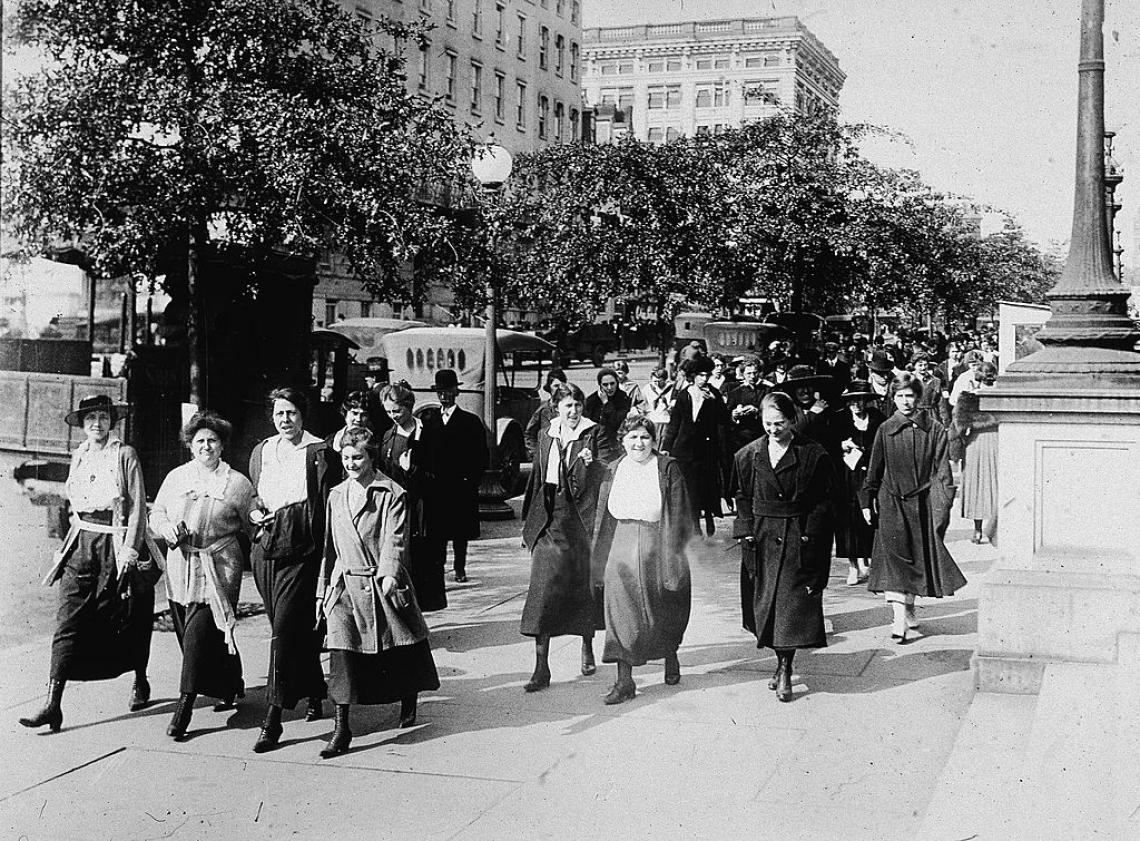 As pictured, women from the War Department would walk for 15 minutes every morning and night as a preventative measure against the flu virus. 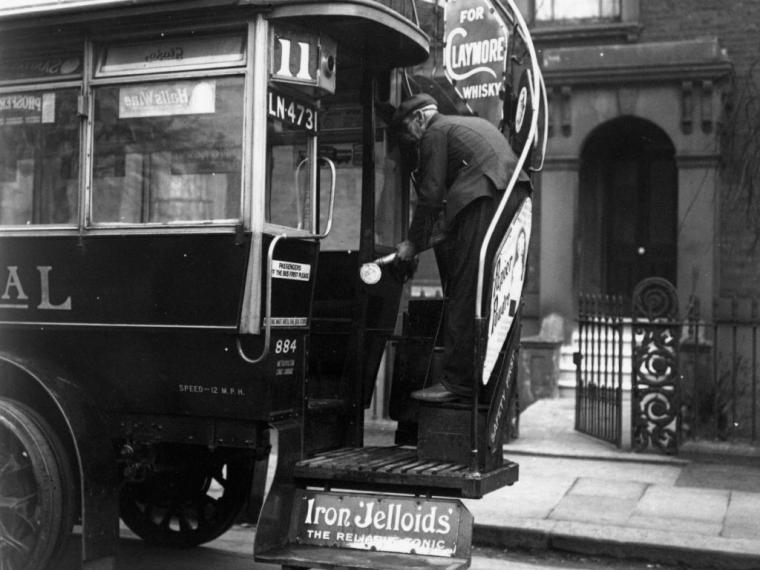 In the absence of any cures for the Spanish flu, people attempted to thwart it through various, ineffectual ways. In the image dated March 2, 1920, a man riding a General London Omnibus Co. bus in London sprays an “antivirus preparation.” 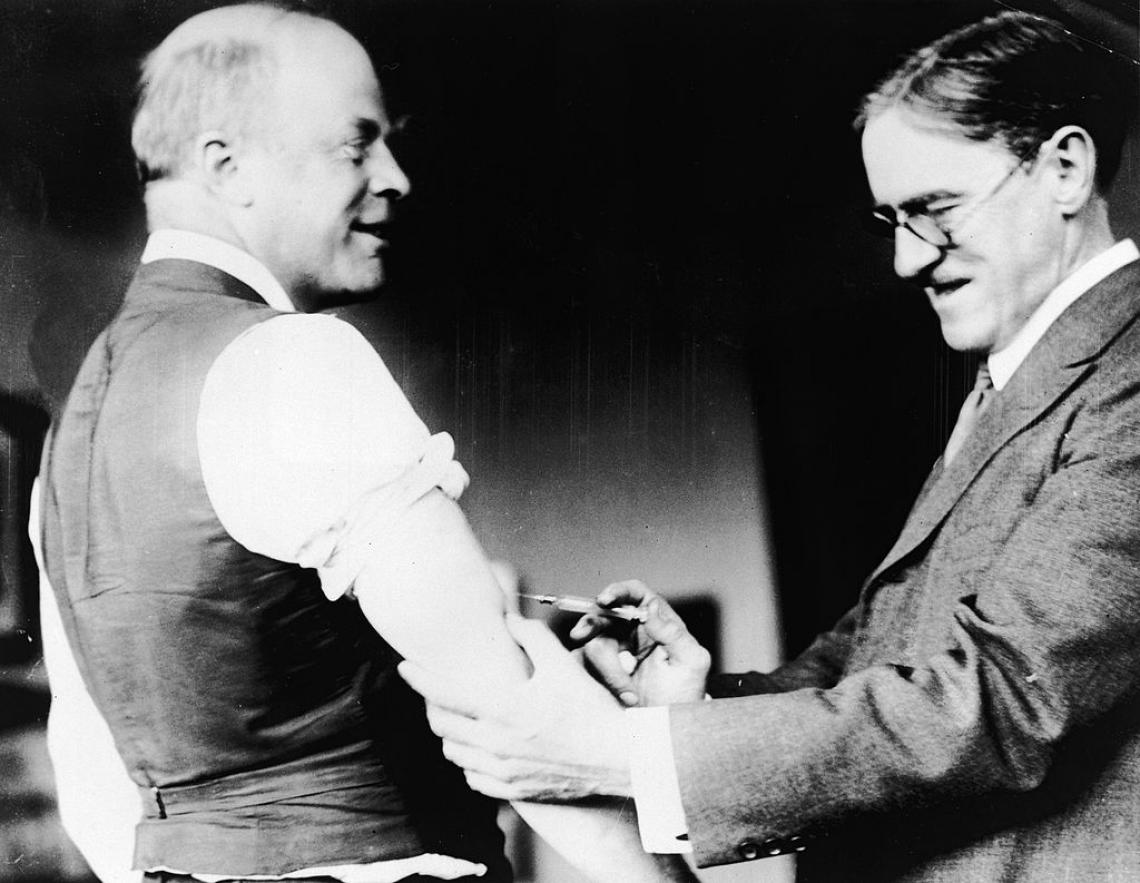 Vaccines were not entirely unknown in 1918—a smallpox vaccine was already in use. On October 2, 1918, Dr. William H. Park, the chief bacteriologist at the New York Department of Health, was developing a vaccine for influenza from dead Pfeiffer bacteria. Initially tested on volunteers from the Health Department, the vaccine’s ability to protect a variety of employees and soldiers was reported in the New York Medical Journal on October 12. 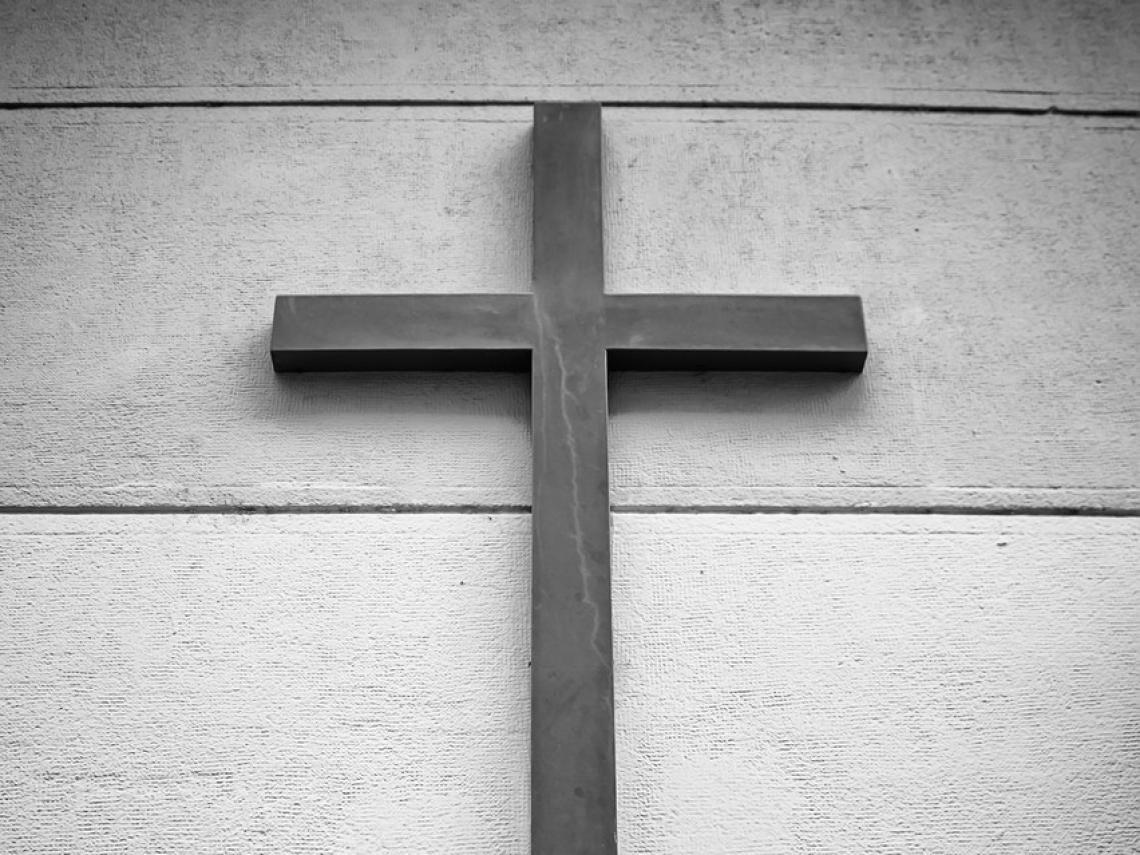 The Spanish flu claimed 25 million people, but researchers suggest the actual number may have been between 40 and 50 million people. 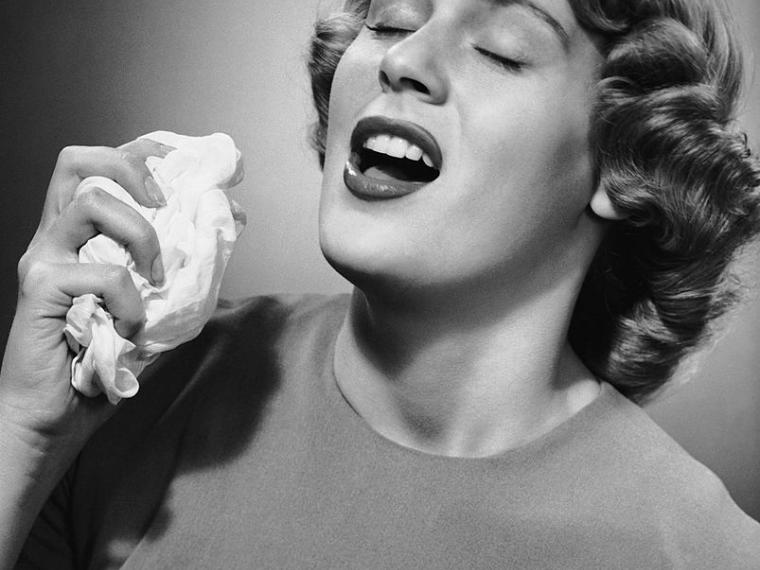 Getty
A last look at the epidemic

While outbreaks of the flu continued to happen even into the 1920s, they were far less lethal. For the next 38 years, the H1N1 virus that caused the Spanish flu, reappeared as a seasonal virus globally. 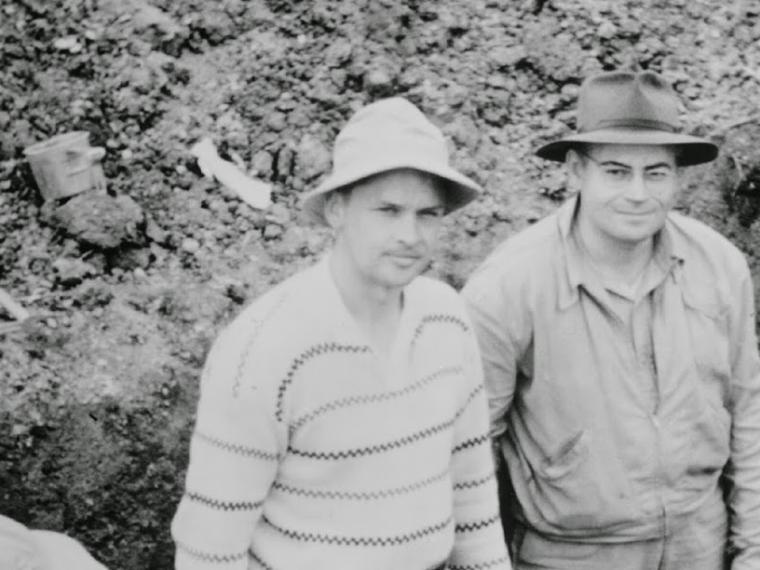 In the years that followed the pandemic, virologists continued to track the H1N1 virus as more knowledge on the matter was gleaned. In the image, pathologist Johan Hultin (on the right) found tissues with the 1918 influenza virus, leading to its sequencing. 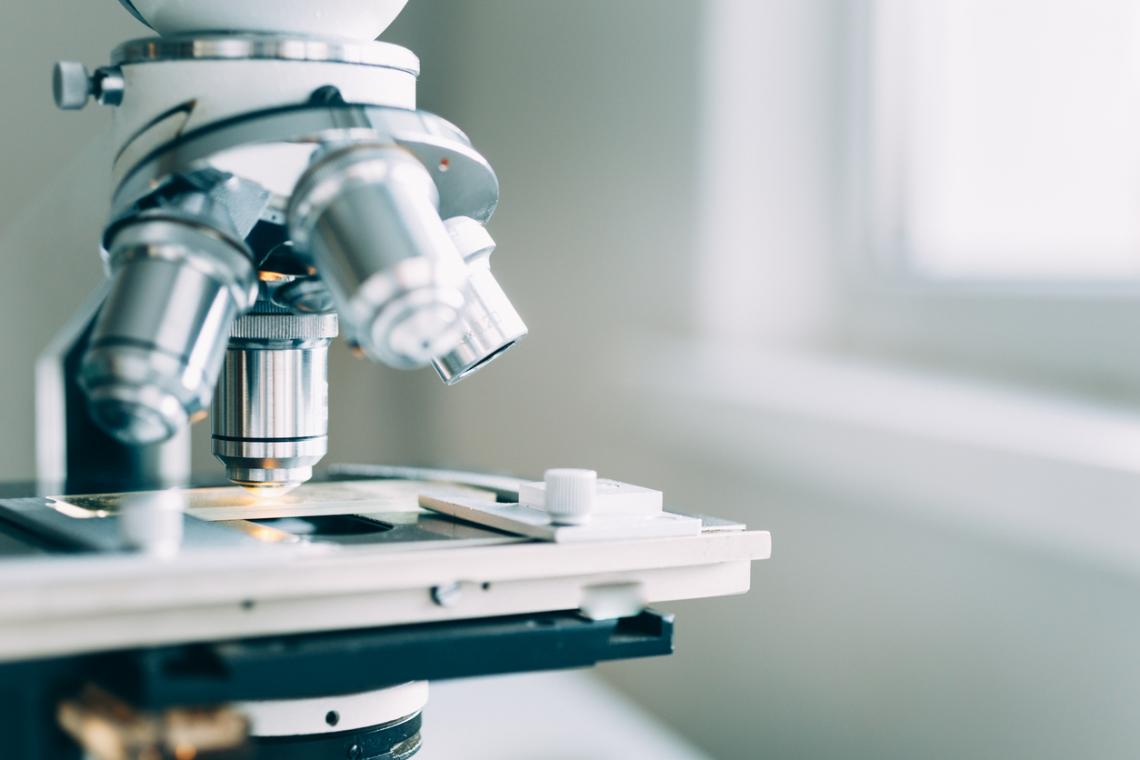 Owing to Hultin’s work, Science published “Initial Genetic Characterization of the 1918 ‘Spanish’ Influenza Virus,” in 1997. Nine viral RNA sequences, obtained from a pandemic victim, were sequenced and helped characterize the virus as influenza A H1N1, a strain that affects humans and pigs, but not birds. 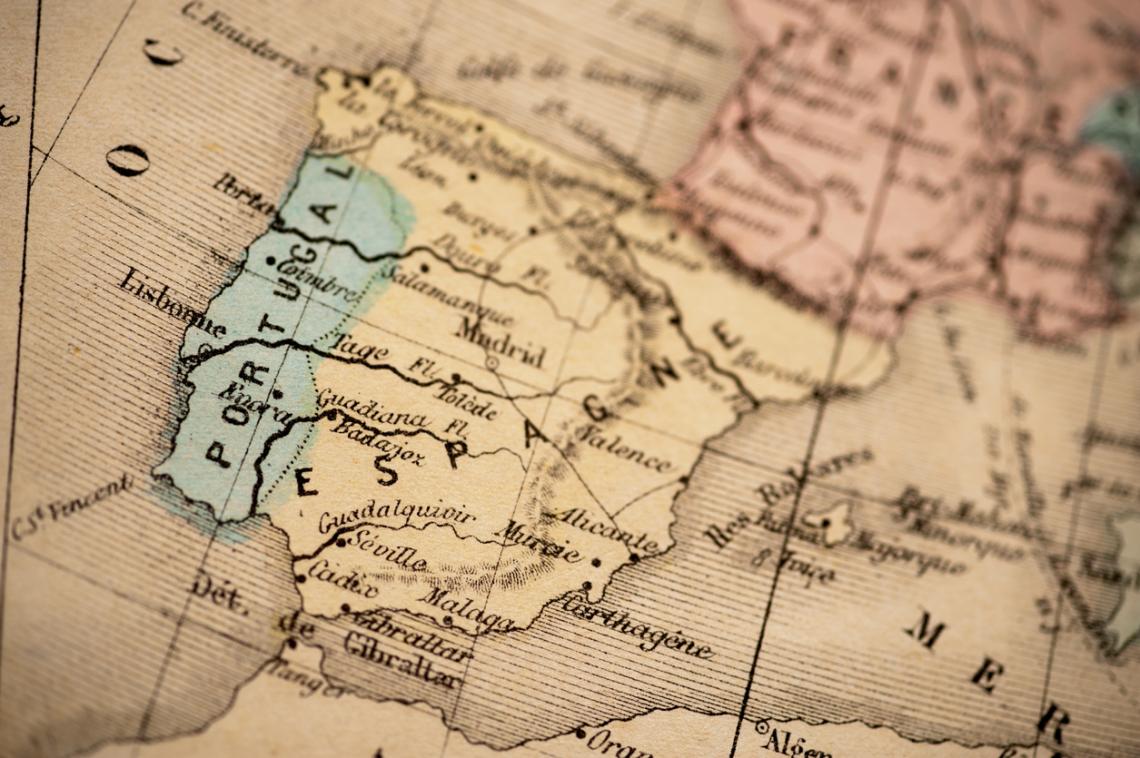 iStock
Why is it called the ‘Spanish’ flu'?

As a neutral state during the First World War, Spain and its media were not subject to the same censorship rules as other nations in Europe and the United States. These other regions attempted to keep morale high during wartimes by taming down on news of the then emerging influenza virus. Print and radio outlets in Spain reported on the virus that had begun ravaging the country. And so, nations around the world came to believe that the flu was of Spanish origin, calling it the ‘Spanish’ flu.