Things you didn't know about the cold

We call absolute zero, the lowest temperature that can be reached, at least hypothetically, as many scientists claim that it is impossible to reach it. In this state, all substances would be in solid form and atoms and molecules would stop vibrating. Absolute zero was calculated by William Thompson, known as Lord Kelvin, and is equivalent to -273.15°C.

At an experimental level, reaching absolute zero could be very interesting, as it would allow us to study the behavior of certain materials, or even living cells or tissues, when faced with this temperature. In addition, the search for extreme cold has led to breakthroughs as important as the discovery of superconductivity or the development of laser cooling techniques and atomic clocks. At the moment, there are ongoing projects like NASA’s Cold Atom Laboratory, which aims to recreate absolute zero in the International Space Station, or at least close: the ambitious goal will be to descend below 100 picokelvin.

We already know that temperature changes have effects on our health and organism. Additionally, the cold triggers automatic responses such as shivering, which work thanks to an intricate physiological mechanism that allows us to regulate our internal temperature. We provide an analysis, based on scientific studies, for the pros and cons of suffering in the cold. 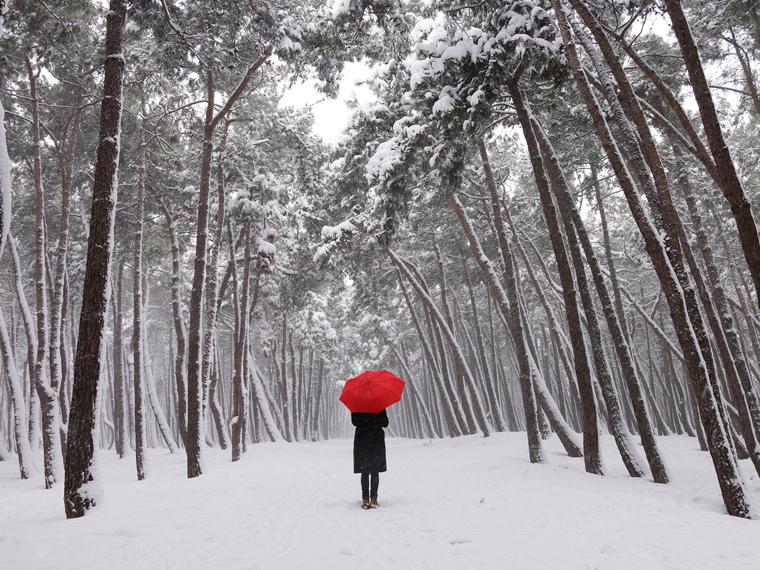 It’s not so obvious that cold temperatures challenge our brains. A group of researchers from the University of Oulu, Finland, demonstrated that being exposed to relatively cold temperatures negatively affects the performance of simple cognitive tasks, however, it makes us more adept at facing complex intellectual challenges. 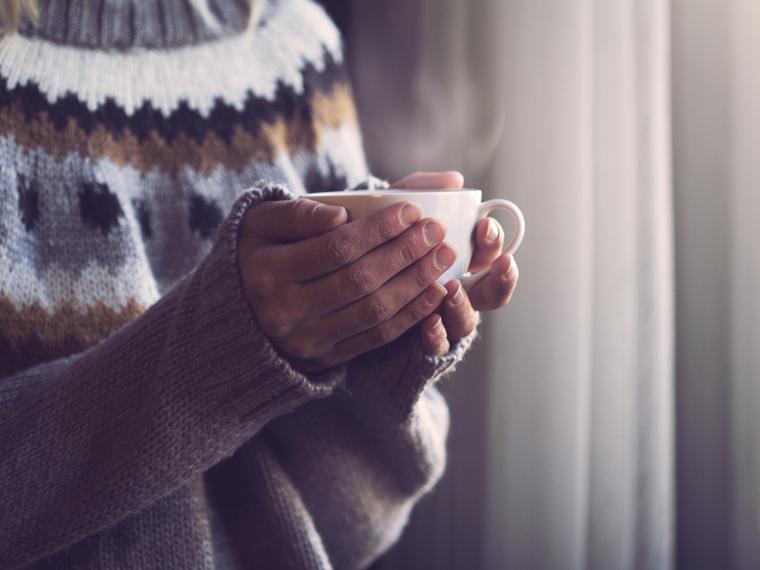 It affects your working memory

Instead, experiments at Kent State University in the United States estimated that if the external temperature is 10°C the response speed and the executive function of the gray matter, which allows us to plan and anticipate, are diminished. They also found that these negative effects persist for up to an hour after sheltering us in a warm place. 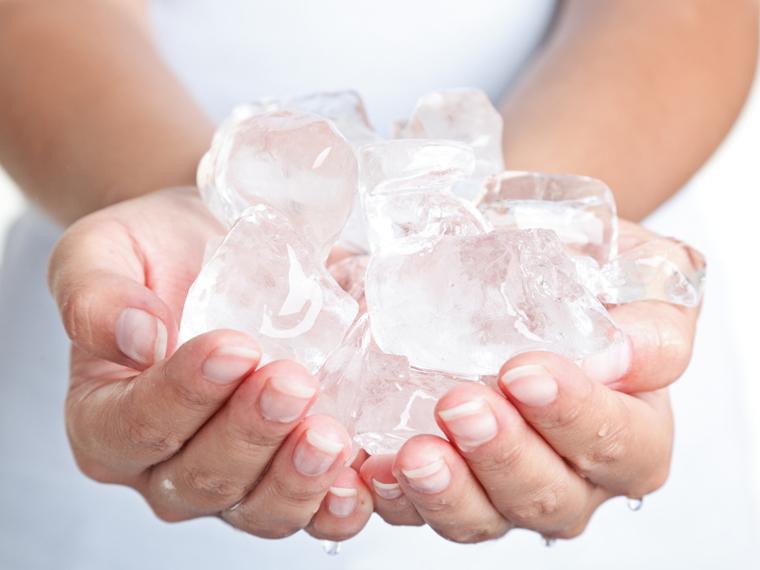 Watching others experience low temperatures can leave you frozen. A study by the University of Sussex in Brighton (United Kingdom), showed that it is enough to watch a video of a person putting his hands in water with ice cubes to feel cold in our own bodies. Our empathy is so extreme that the temperature of the observer’s hands usually falls several degrees at once. However, with heat there is no such physiological mimicry. 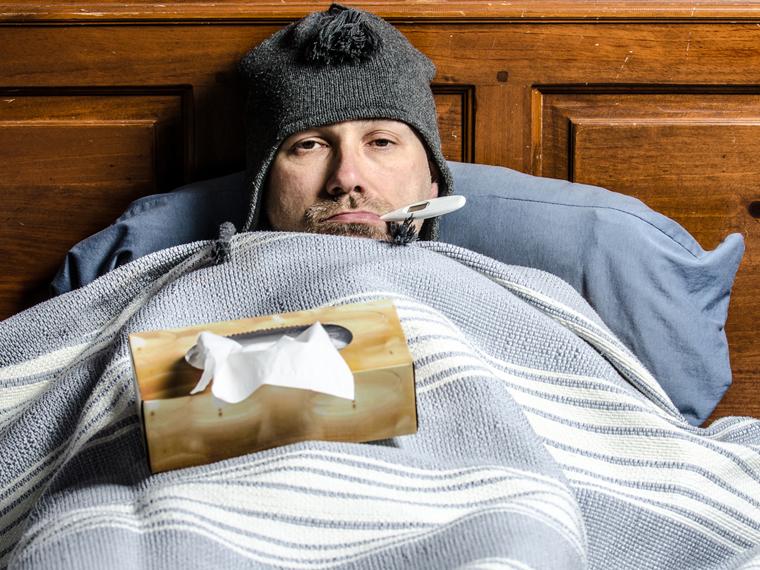 It leaves us defenseless

Why do we catch colds more in winter? Although it seems like an easy question, it didn’t have a scientific explanation until a few years ago, when Ellen F. Foxman and her colleagues at Yale University in the United States. They demonstrated that the rhinovirus that causes congestion is not capable of reproducing at 37°C, the temperature usually present inside the body, but it is possible when the temperature is between 33°C and 35°C. The nasal cavities are located in this thermal strip when we are exposed to cold temperatures for extended periods of time. 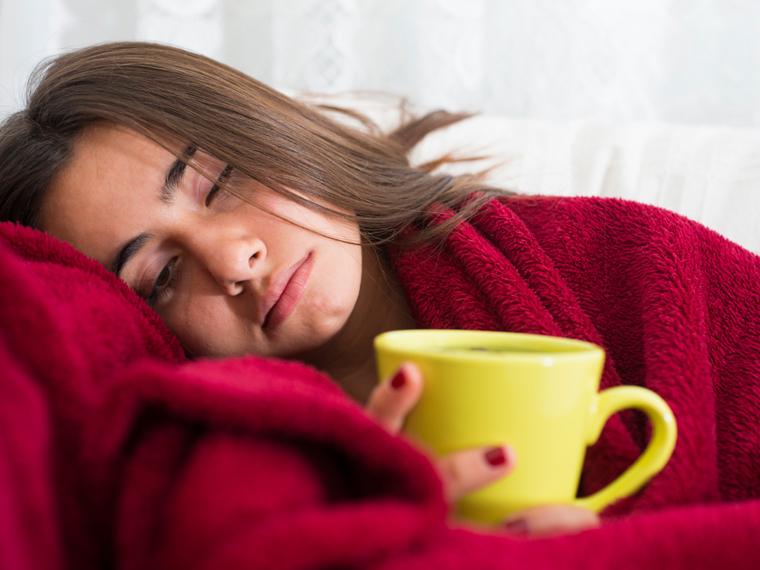 It affects the immune system

Additionally, the immune system’s response is less efficient in an icy environment, so cold temperatures leave us unarmed in the face of a viral attack. 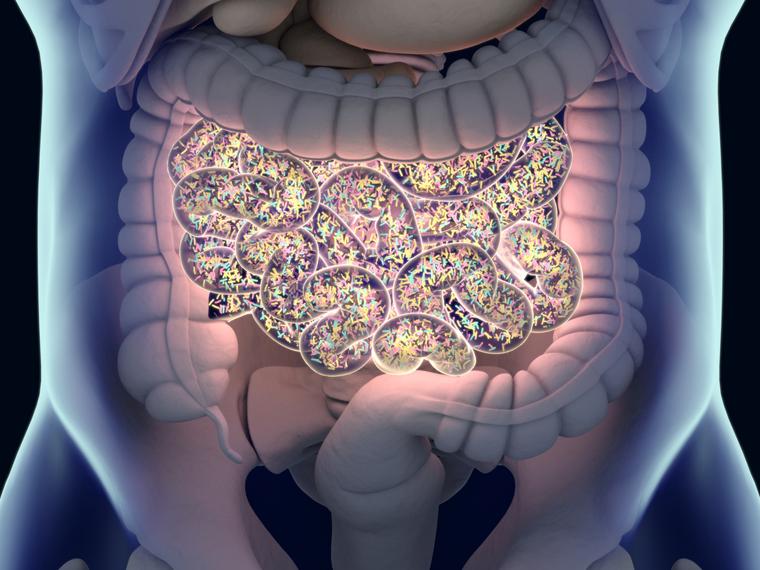 It changes the microbiota

The composition of colonies of bacteria living in a human’s intestine varies drastically when the temperature drops. These changes favor fat burning, improve metabolic processes and prevent both obesity and diabetes. 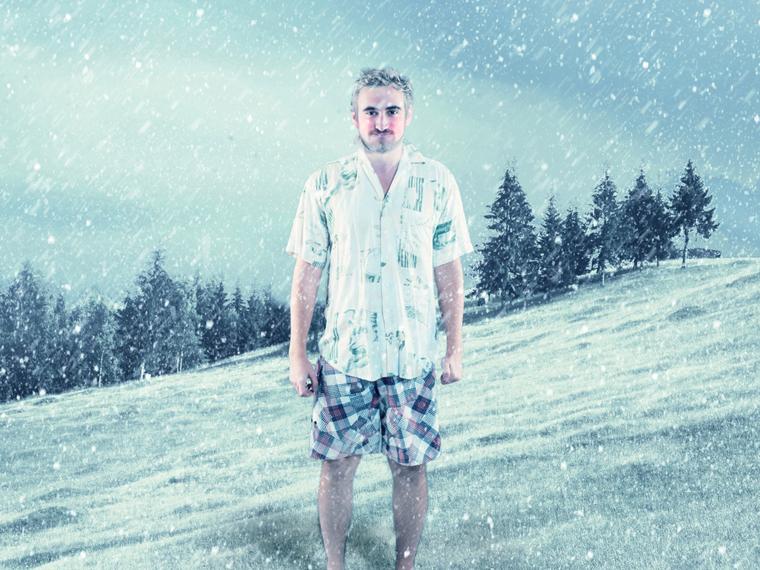 It works as a fat burner

If you want to lose weight in winter, go outside for fresh air. At the University of Maastricht (Netherlands), they conducted an experiment with a group of volunteers who, in shorts and t-shirts, remained in a room at 15°C or 16°C, between two to six hours a day. Exposure to these temperatures accelerated their metabolism, causing the body to burn more calories. 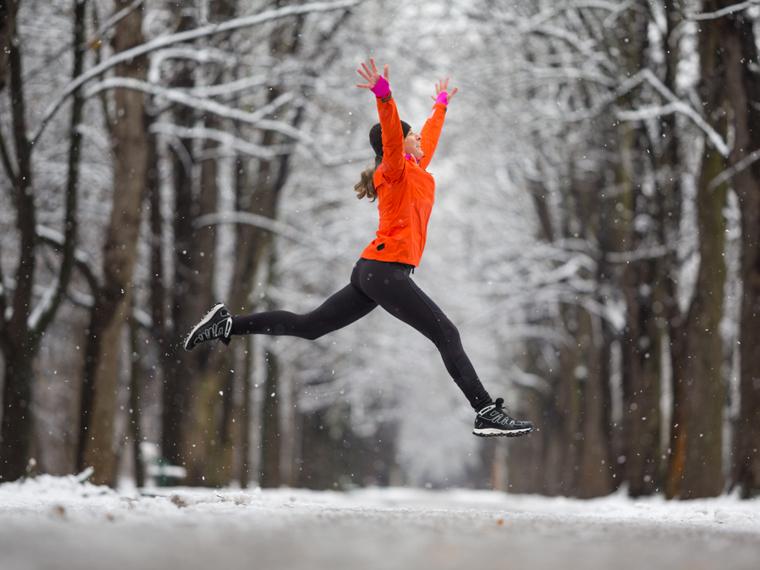 The cold may do athletes wonders. Biologists from Stanford University, United States, devised a glove that instantly lowers the body temperature of athletes and players. It works by drawing blood to the palms of the hands and cooling it. That makes them recover from the effort immediately and can return to the track or court with optimal performance. Literally, fresher. 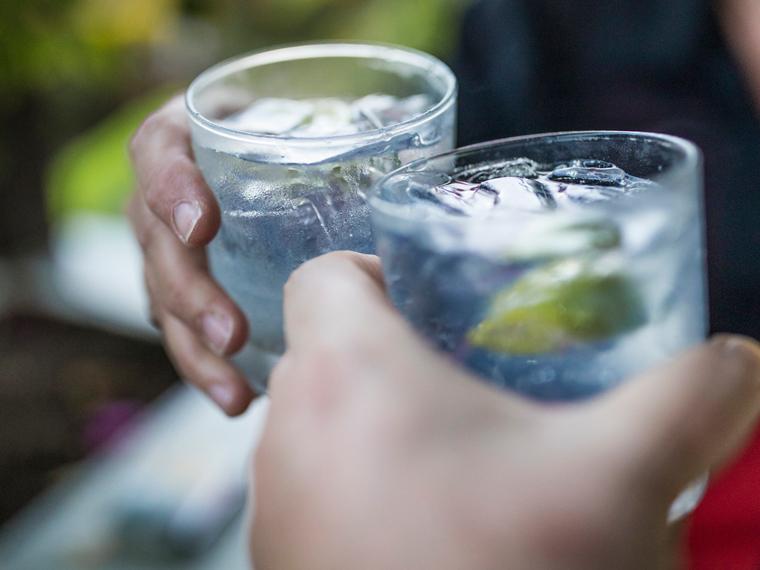 French researchers have shown that consuming a drink at between 0.6°C and 3.1°C, or flavored with menthol, which has the same effect, increases physical performance in two-wheel races of 20 km. 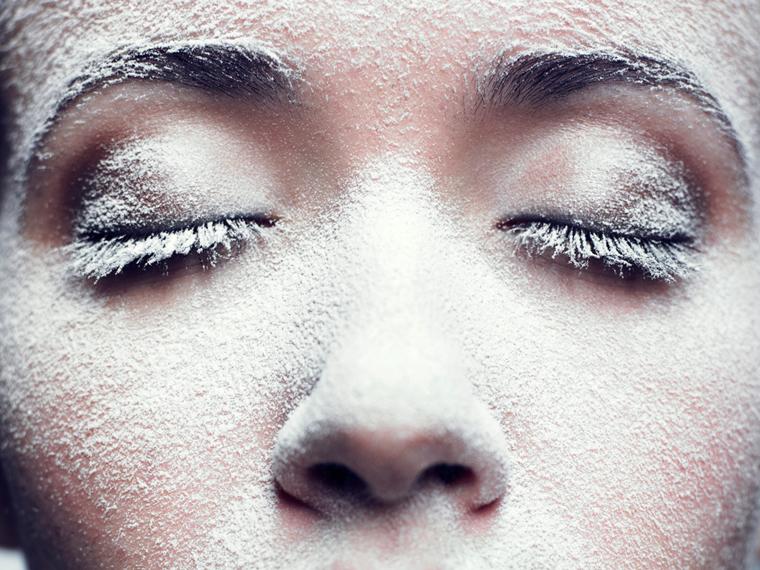 It can hurt you

Good news feels like a breath of fresh air, whilst an unexpected disappointment feels like a glass of freezing water, is not contradictory. The most ambiguous body sensation, the cold, can be pleasant, even comforting up to 15°C, but if the skin temperature is lower, it hurts. When the thermometer drops below zero, alarms go off and body pain receptors go off. 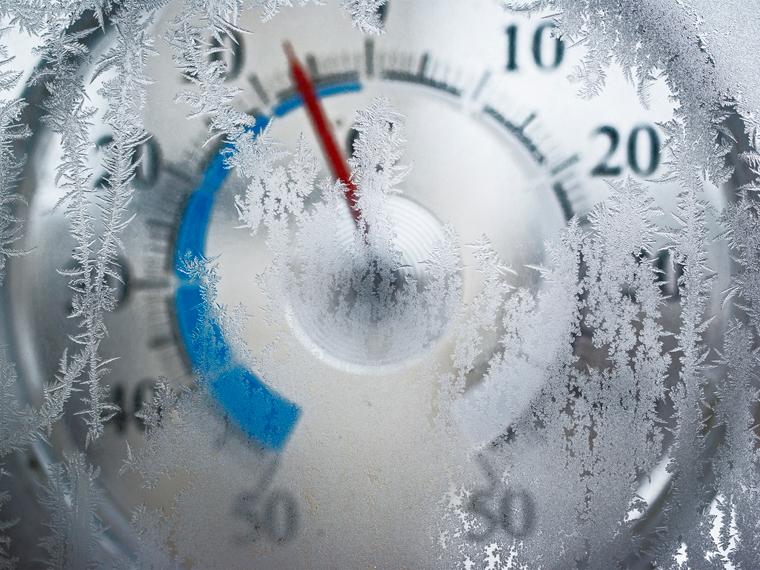 In excess it kills more than heat

People are 20 times more likely to die from a glacial environment than from a torrid one, according to a study conducted in thirteen countries with 74 million deaths. As you could read in The Lancet, 7.7% of deaths are due to suboptimal temperatures. The cold is responsible for 7.3%, while only 0.4% can be attributed to the effects of the dog days. 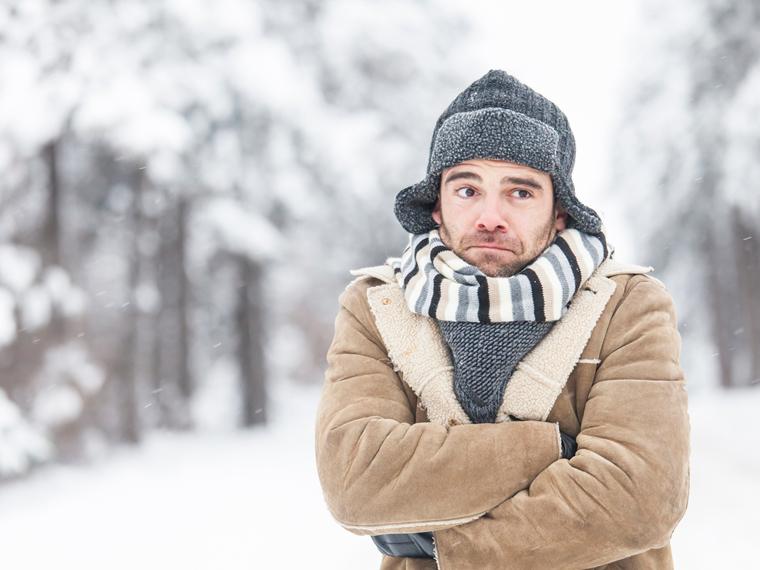 It makes us shiver unintentionally

Shivering is an automatic response that is regulated in an area of the brain called the lateral parabrachial nuclei, according to a group of scientists from the University of Oregon, United States. This area values the level of cold that is detected through the skin and decides when the body begins to tremble, in addition to decreasing the flow of blood to the dermis in order to reduce heat loss. Hence why we freeze to death. 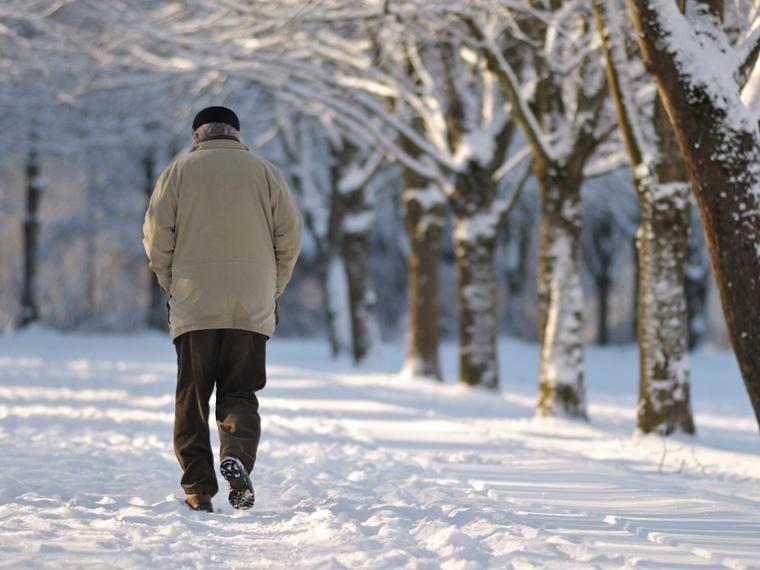 It can extend one's life

By modifying a mouse’s protein to lower its body temperature by a few tenths, Bruno Conti, from the Scripps Research Institute of California, United States demonstrated a decade ago that the cold could increased life expectancy by 20% in females and 12% in males, and allowed them to survive in optimal conditions.

What happens when you’re sleep deprived