Ancient Greece was a great civilisation that strived to conquer the known world. The Ancient Greeks contributed massively to human culture, giving us philosophy, science, architecture, the Olympic Games, and democracy, among much else.

Ancient Greece’s city-states were spread across much of the world—from Europe to the Middle East to Africa to Asia. Athens was one of the major Ancient Greek cities, and continues to be important in the modern world. Besides being a foremost example of ancient city-states, Athens advanced the areas of agriculture and urbanization. Their development of central banks, coinage, and public places like the agora, provided urban life with form and function.

The introduction of coinage and currency ramped up the economic growth of the ancient Greek world by superseding the barter system and growing cities. Moreover, the city-states that were established around the 8th century BC were iconic of ancient Greek civilisation. Their philosophers, warriors, and thinkers are remembered and mythologised even today. 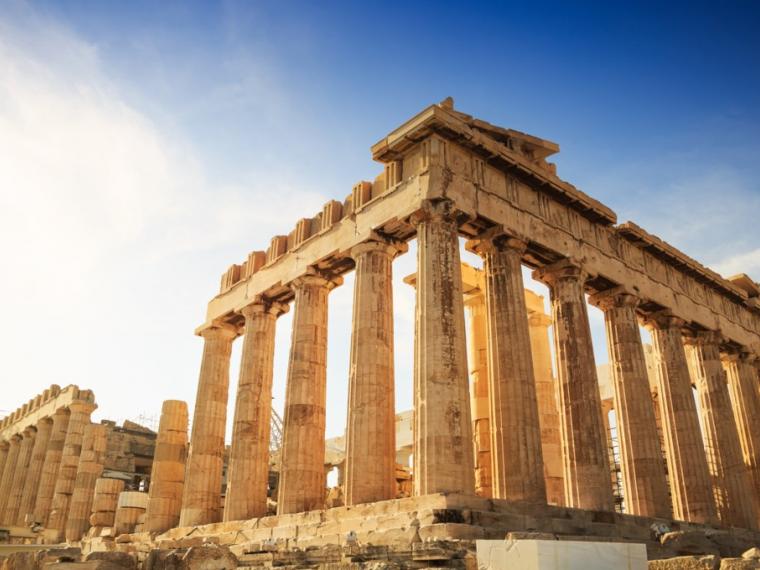 Legend states that Athens was seized by the goddess Athena from King Poseidon in an epic conflict. First settled in 3000 BC, Athens was situated on the Acropolis rock. By 1400 BC, it was a major centre of Mycenaean civilisation, with the Acropolis being a large Mycenaean fortress. It was founded when King Theseus united many Attica settlements into one city-state, which he likely ruled until the 9th century BC.

Athens’ power lay in its trade and naval dominion, necessitated by the search for sustenance warranted by its unproductive soil. During Greece’s golden age in the 5th century BC, Athens was the centre of classical Greek civilisation, spearheading democracy.

In central Athens today, lie the ruins of the Lyceum, where Aristotle taught 2,300 years ago. 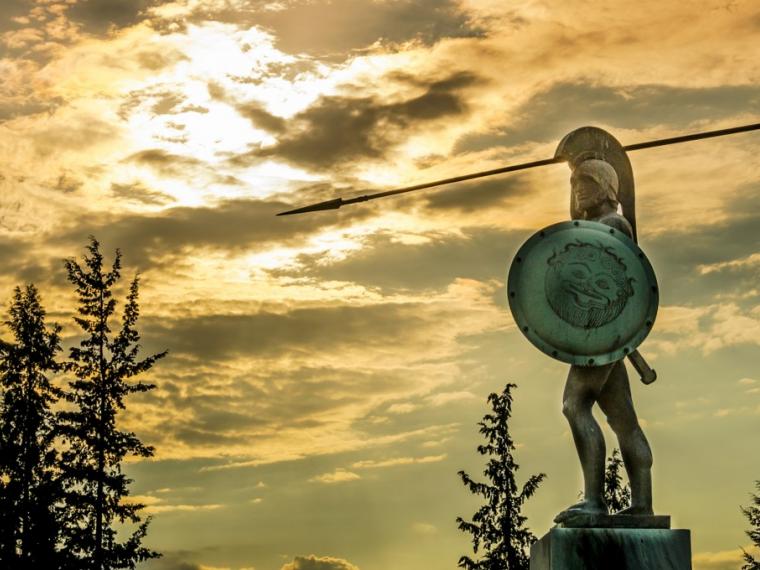 Sparta was a large polis and major rival to Athens in Ancient Greece. Its main strength lay in its military power. While Athens worshipped at the temple of architecture, Sparta’s courageous men ‘served their city instead of brick walls.’

The Spartan army was small; every adult male was deemed a soldier and handed a slave-run farm. Beginning as a small polis with five villages, it grew by seizing neighbouring villages and states, eventually consuming most of the Peloponnese, and enslaving many of their inhabitants.

By 650 BC, it was massively powerful, controlling a vast expanse. Its people were kept in check by a warrior class.

Sparta could only be controlled through military alliances formed between other prime Greek city-states—Argos, Athens, Corinth, and Thebes. It eventually fell to Thebes in the Battle of Mantinea in 362 BC.

Presently, Sparta’s ruins include temples, columns, a theatre from the Hellenistic period, and a statue of Leonidas, the Spartan general who led Greece in its defence of Thermopylae against Persia’s Xerxes I. 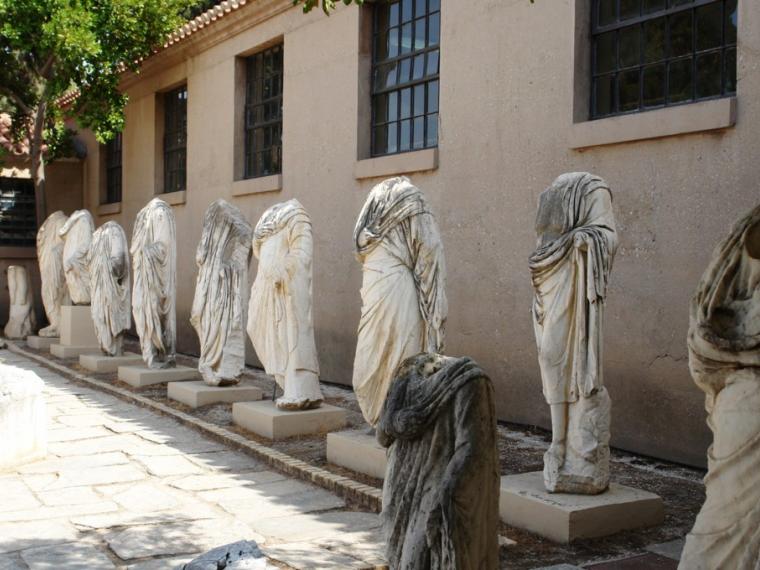 Once upon a time, Corinth lay at the foot of Acrocorinth, a rock over 500 metres long. The walls of the city stretched from the base of Acrocorinth to a harbour in the Gulf of Corinth. A massive city, it equalled Athens and Sparta, colonized Sicily and Corfu, and even under Roman control, flourished as a shipbuilding centre.

Built in 540 BC, the important Doric Temple of Apollo (540 BC) was built on a small mound. The Acrocorinth  was topped by a Greco-Roman fortress, until the 13th century when it was replaced by a large Franco-Byzantine fortress. The city’s ancient museum housed mosaic floors, terracotta sphinxes, statues of mythical creatures, Roman statues, and 5000-year-old ceramics. 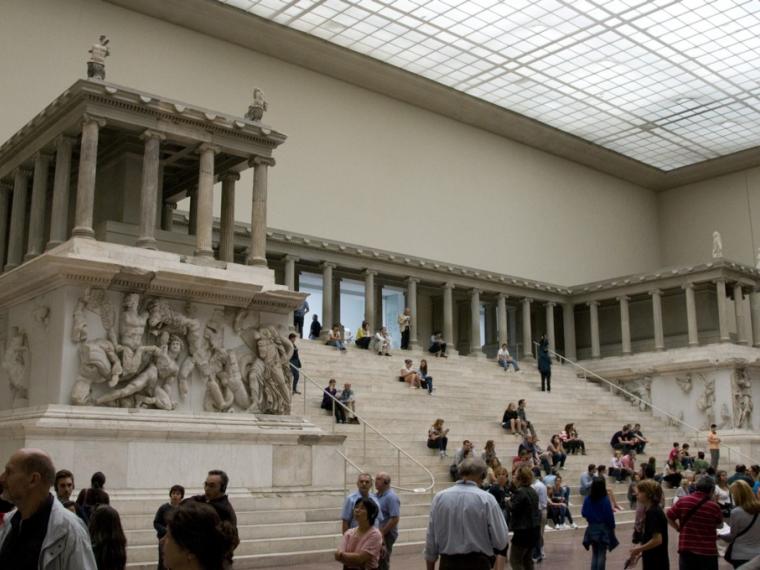 Some 60 kilometres north of Izmir, Pergamon represents some of the most beautiful Greek ruins in either Turkey or Greece. Placed squarely on a small mountain with expanding views in every direction, Pergamon’s ruins take up a large area and comprise the temples of Troy and Dionysus, the shrine of Demeter, the famous library, a three-level gymnasium, and an impressive amphitheatre with 15,000 seats.

A powerful Hellenistic colony, it exercised hegemony over large swathes of Asia Minor in the 3rd and 2nd centuries BC. Its library housed a most impressive collection of scrolls, so much so that the Egyptians imposed an embargo on Pergamon for fear of competition for Alexandra’s collection of scrolls. Pergamon, in turn, made ‘paper’ from animal skin.

A German engineer called Carl Humann found the city’s ruins at the end of the 19th century. With 2,000 workers, 1,000 oxen and 500 camels, he dug out the famous Zeus Altar from inside a Byzantine building wall. He found 97 marble slabs and 2000 fragments of the main frieze, 36 slabs and 100 fragments of a smaller frieze, and countless other statues and architectural elements. Packed into 462 boxes, the entire collection was transported to Berlin. The entire altar has been fabricated and can be viewed at the Pergamon Museum in Berlin. 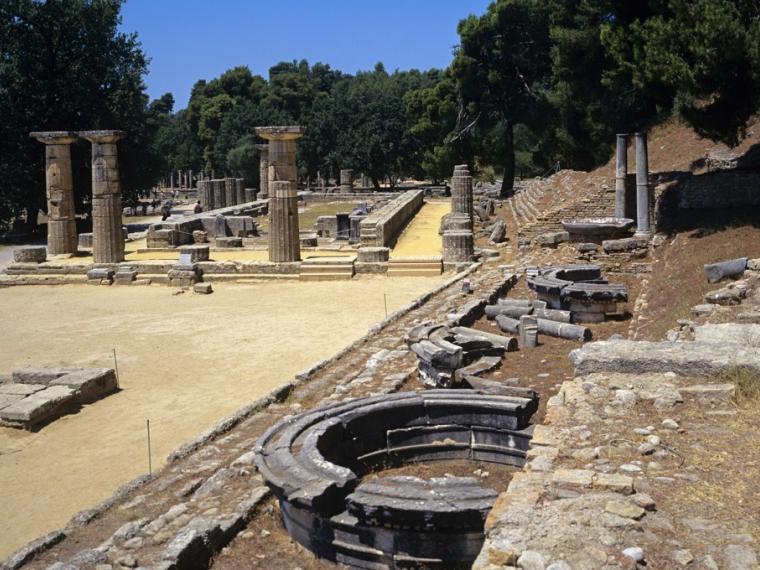 Olympia was an important sanctuary dedicated to Zeus and home to the Panhellenic Games (today called the Olympic Games). Based at the foot of Mount Cronus on the right bank of River Alpheus, the city’s Temple of Zeus housed a statue of Zeus that was 12 metres high, and was considered a Wonder of the Ancient World. Today, the city’s ruins include the ancient baths, several temples, the Heroon, and much more. 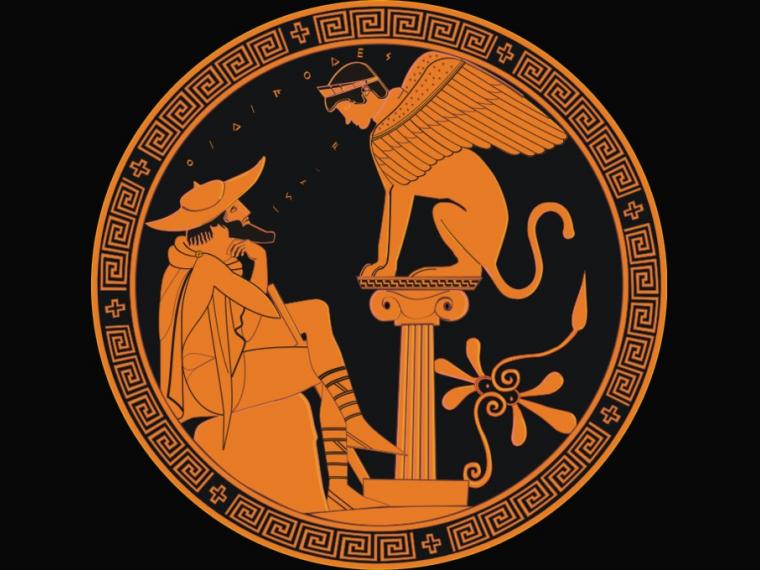 Built at the base of the Teumessus mountain, Thebes lay 48 kilometres northwest of Athens and grew to be the largest city in that region. Its seven gates were famed, though their names were not agreed upon by historians of old. For instance, Euripides wrote of their names being Neista, Pretida, Ogigia, Homoloid, Crenea, Electra, and the unnamed Seventh Gate. Modern historians propose that the people of Thebes were Pelasgians and not of Phoenician-origin. Some also say that Thebes was a colony on Crete and the only contribution of the Phoenicians was the alphabet. 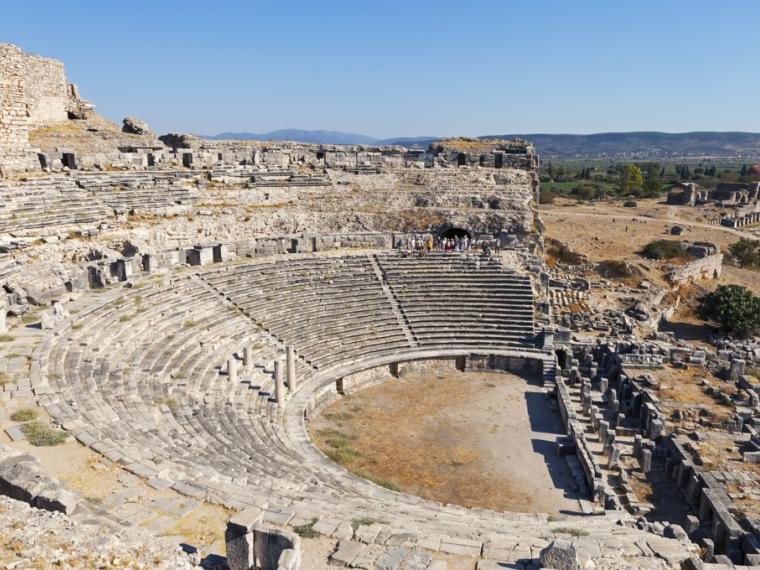 Miletus is one of the true ancient cities. Constructed with iron granite from Mount Olympus, it was a premier fortified city on the western coast of Anatolia, near the mouth of the Meander River. Once the most flourishing among the twelve cities of the Ionian confederation, it was looted and burned many times. It was at the peak of its glory during the 6th and 5th centuries BC. Some famous inhabitants of the city included the philosophers Thales, Anaximander, and Anaximenes. 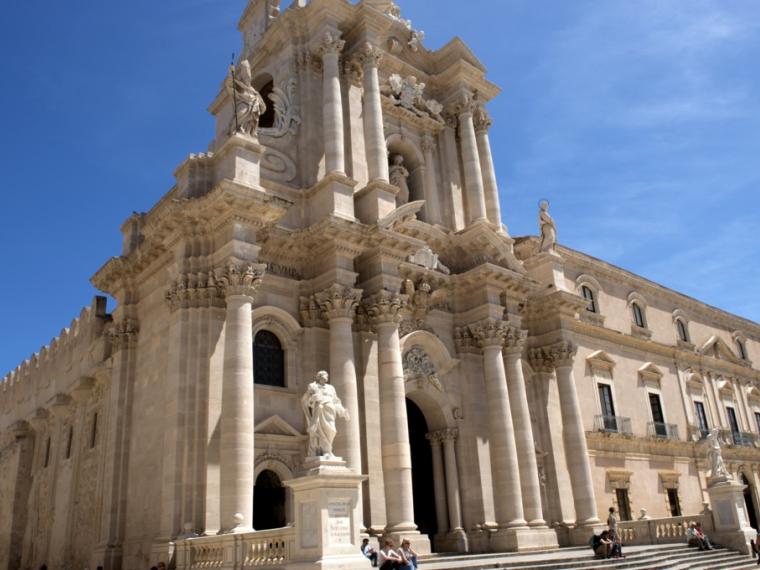 Built in 734 BC, Syracuse was a premier Greek city in Sicily. Consecrated to Artemis, the city was the birthplace and final resting place of the physicist Archimedes.

In 382 BC, Syracuse controlled most of Sicily, as it had seized Carthage in the far west and several of Italy's Greek cities. At the time, it was the most powerful Greek polis and its tyrant Dionysius I, the most powerful man in Greece. 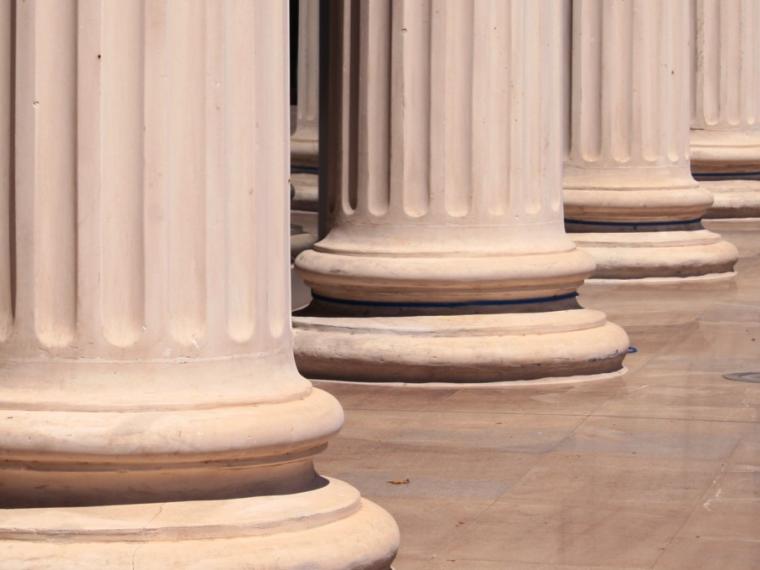 Byzantium, the capital of Thrace, was built at the entrance to the Bosphorus Strait in 667 BC. But under Rome’s control, the city crumbled. 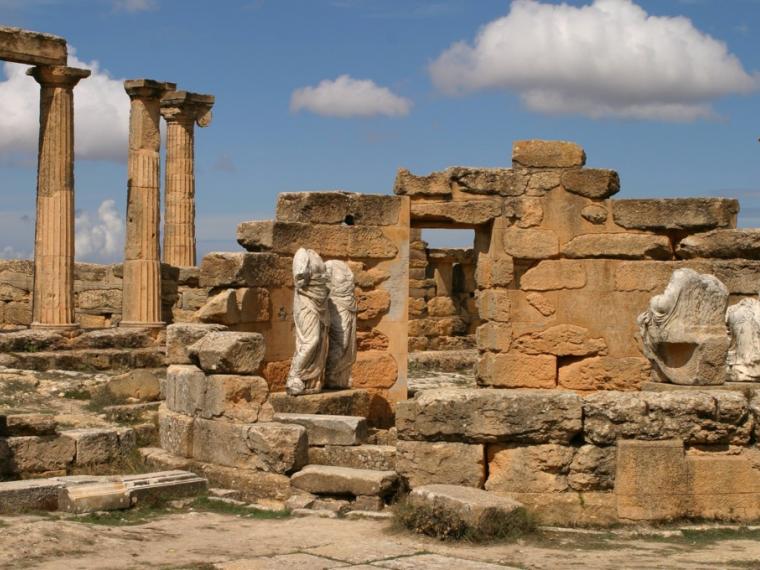 Herodotus of Halicarnassus talked about the foundation of Cyrene in book IV of the Histories. Built by Greeks who came from Santorini under the influence of the Oracle of Delphi, Cyrene was founded in the valley of Djebel Akhdar. It became the most important of the five Greek colonies in the region, amping up trade relations with all Greek cities.

The ruins of Cyrene were declared a World Heritage Site by UNESCO in 1987. 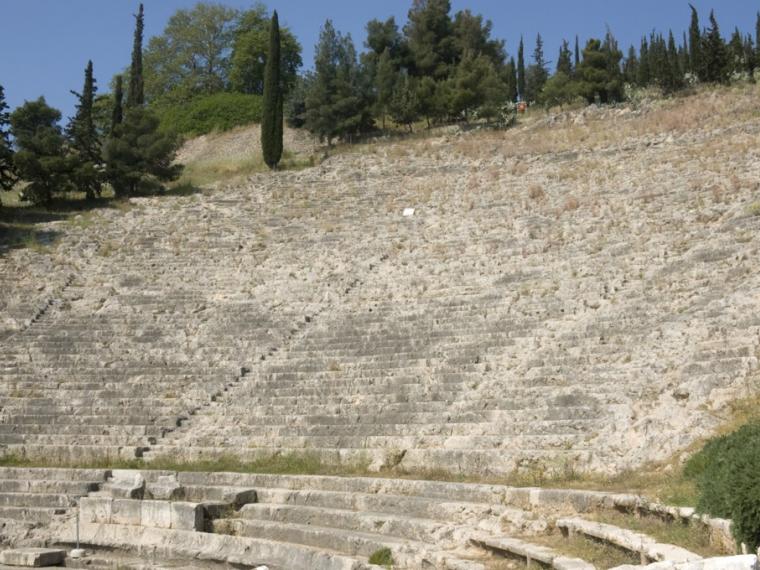 Founded in 2000 BC, Argos was a Greek polis in the Peloponnese region. According to legend, its founder Inacus and his descendants ruled the prosperous city-state for nine generations, whose ruins can still be viewed.

Ephesus was among the twelve Ionian cities on the shores of the Aegean Sea, Built in the 11th century BC by Athenian colonists under the directive of the son of King Codros, it was an important religious, cultural and commercial centre. Ephesus’ achievements are still visible in the ruins of its expansive theatre, the Odeon, and Library of Celsus. 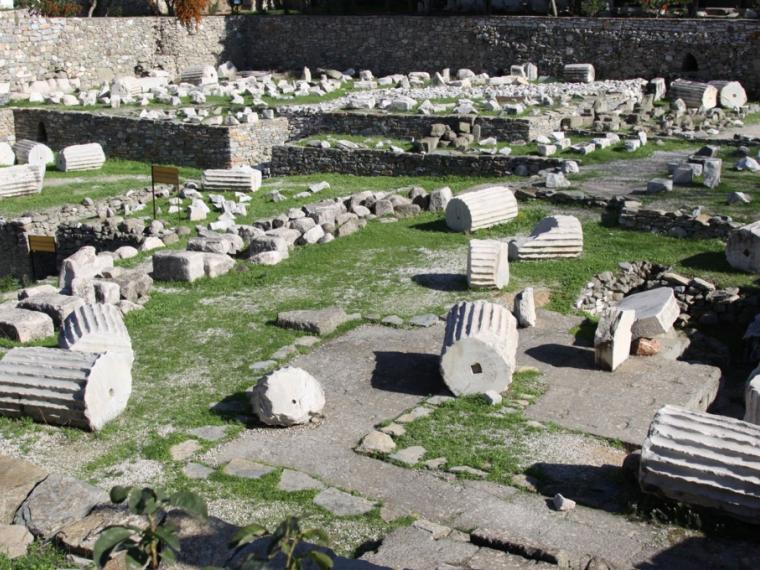 Located on the southwestern coast of Caria, Halicarnassus was built around 1000 BC. Initially named Zephyria, it was considered part of the Doric Hexapolis, and had impressive fortresses.

Built by Artemisia II who fought and defeated the Rhodians, the Mausoleum of Halicarnassus was one of the Seven Wonders of the Ancient World. Its most famous inhabitants include the historians Herodotus and Dionysius of Halicarnassus. 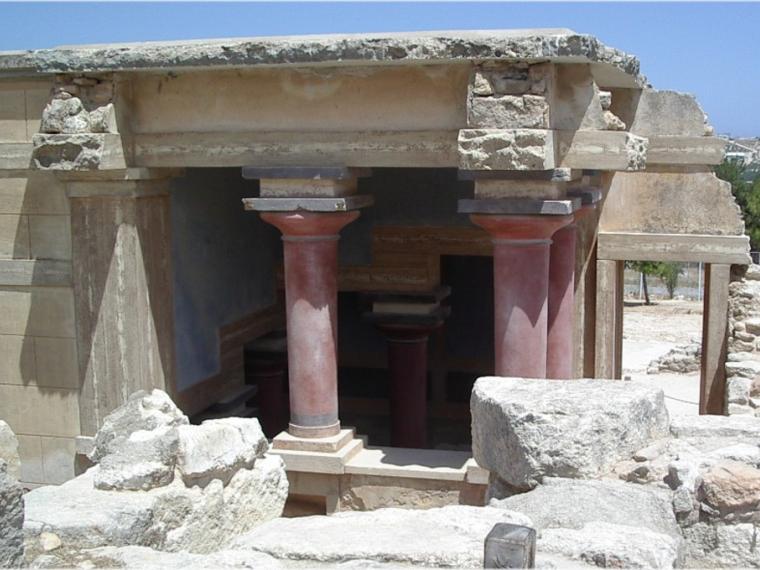 During the time of the Minoan civilisation, Knossos was the most important polis in Crete. The polis was located some 5 kilometres southeast of present-day Heraklion to the west of the Kairatos River.

The ruins of King Minos’ palace were discovered in 1878. Built sometime around 2000 BC, it was destroyed in an earthquake before 1700 BC and thereafter, rebuilt, covering almost 22,000 square metres. 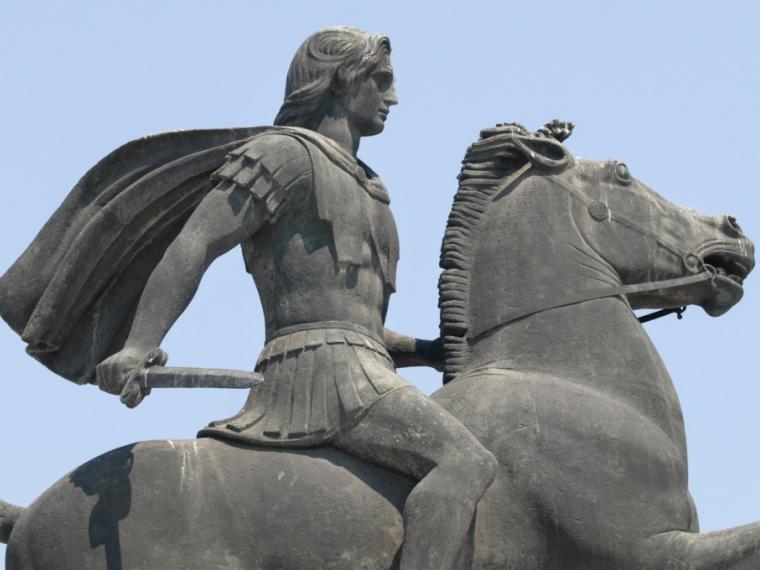 Under Philip II, the Kingdom of Macedonia rose to power during the 4th century BC. His son, Alexander the Great, set out to conquer the world, beginning the Hellenistic period of Greek history. An odd tidbit about the polis is that its inhabitants had to hunt a boar so as to claim a seat at the banquet table. 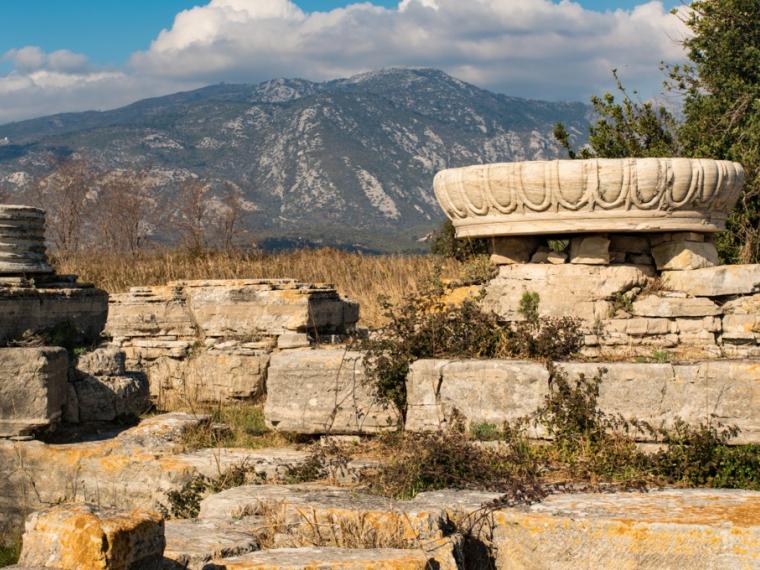 Colaeus of Samos was the first Greek to cross the Pillars of Hercules. This Greek polis was economically prosperous from 538 to 522 BC, ruling forth over the archipelago and becoming a strong maritime city-state in the Aegean Sea. It was home to the architect and inventor Theodore, philosopher Pythagoras, ruler Polycrates, philosopher Epicurus, and astronomer and mathematician Aristarchus. 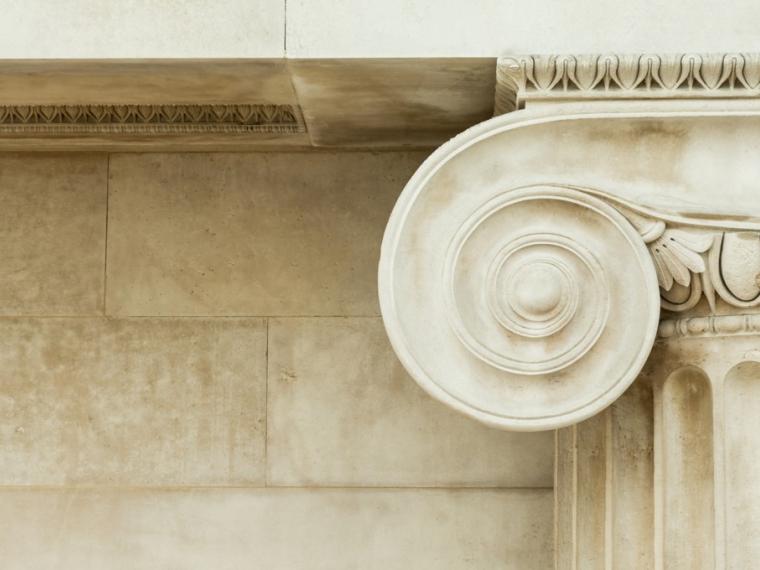 Legend states that Andremon, husband of Gorge, son of Oenaeus and father of Toas, founded Colophon. An Ionian city in Asia Minor, it was built on the banks of the River Ales, and was close to the coast, making it ideal for a rich maritime culture. Colophony resin was abundantly available from the vast pine forests on Mount Wales, which was nearby, according to Pliny the Elder and Dioscorides. 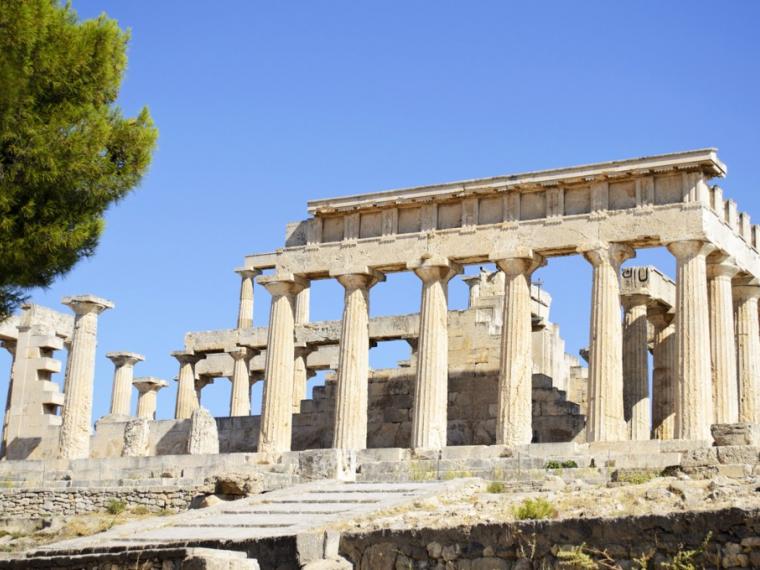 Smack-dab at the intersection of three main trade routes—Corinth, Peloponnese and Attica—Aegina was an island with immense commercial development and a naval fleet to rival that of all of Greece in 500 BC. Aegina was ruled by aristocracy, its citizens accumulated wealth through trade. 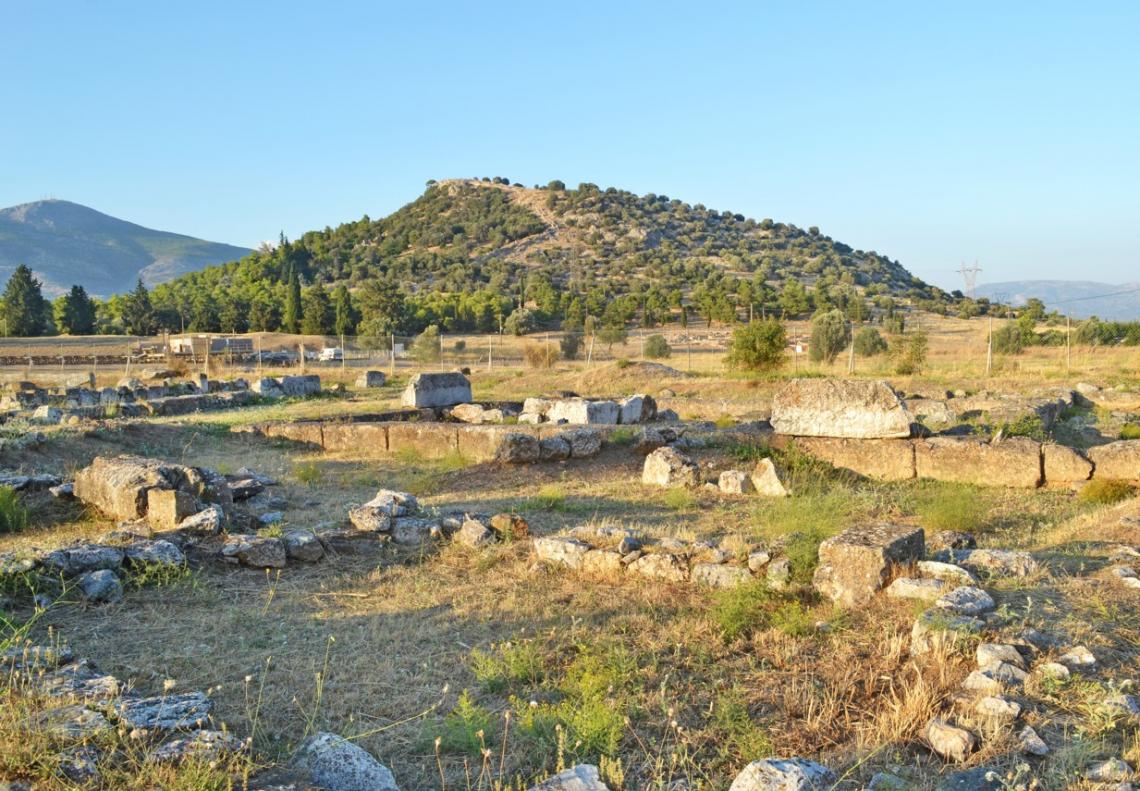 On the west coast of the island of Euboea, Eretria faced the coast of Attica across the narrow South Euboean Gulf. During the 6th and 5th centuries BC, it was an important city-state. According to the poet Homer, Eretria’s ships were among those from other Greek cities that participated in the Trojan War. In the Early Helladic period (3000-2000 BC), the first known settlement was situated on the plain. By the Middle Helladic period (2000-1600 BC), the settlement had moved to the top of the Acropolis since the plain had flooded. Over time, the settlers reduced and it came to be abandoned by the Middle Ages.