The 20th century witnessed a great many wars. While the First World War claimed some 10 million lives, with World War II quickly following. The ensuing Cold War lasted a half century and brought about many armed conflicts, representing an ideological battle between the United States and Soviet Union.

After the collapse of the Axis Powers in 1945, the formerly collaborative U.S. and USSR quickly took up opposite sides of the capitalism–communism debate. The nuclear power both possessed could have caused untold destruction, forcing them to seek containment and other indirect strategies in their ideological war. Satellite countries that were under their influence were frequently the stage for their conflicts.

Over the next four decades, numerous conflicts arose that inevitably led to the involvement of the United States and the Soviet Union. These superpowers used any means necessary—military and economic aid, coups d'état, and espionage—to bring down the other. For instance, the Korean and Vietnam Wars, the Cuban Missile Crisis, and the building of the Berlin Wall all played their role in this War. Nations were armed to the teeth as they amassed nuclear weapons and missiles. 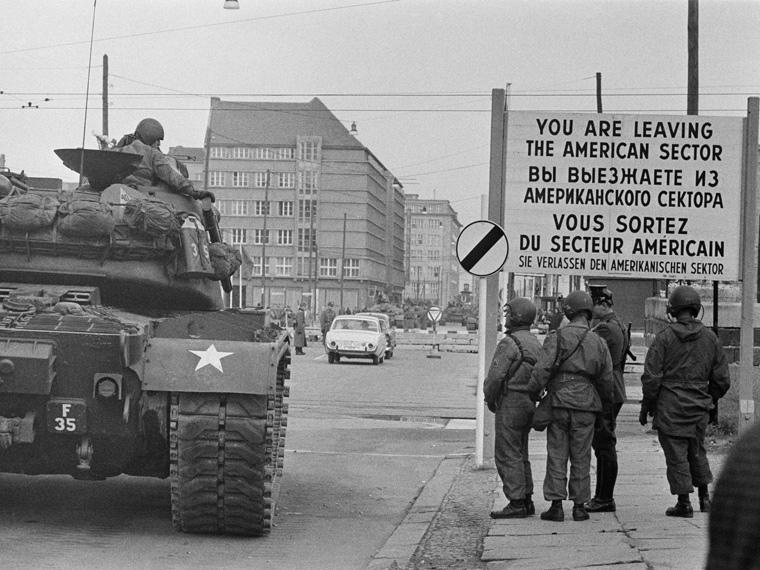 What was the Cold War?

The indirect conflict between the United States and the Soviet during the latter half of the 20th century from 1947 to 1991 was considered the Cold War. Both nations tried to expand their ideological, economic, and social models in satellite countries that were heavily influenced by these superpowers. An open conflict was avoided, maintaining a tense situation throughout this period. 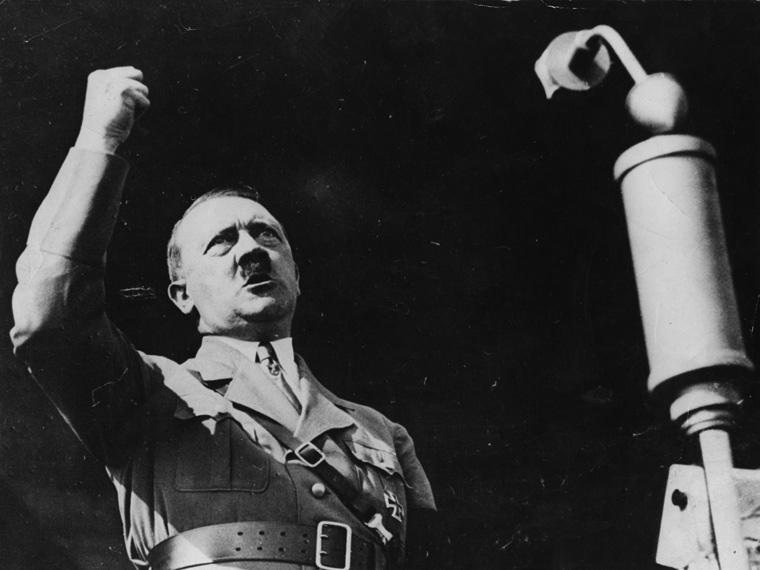 During World War II, the Allied Powers oddly brought together the United States, United Kingdom, and Soviet Union. But Hitler's fall and Japan's defeat led to the dissolution of this union and old wariness surfaced again. 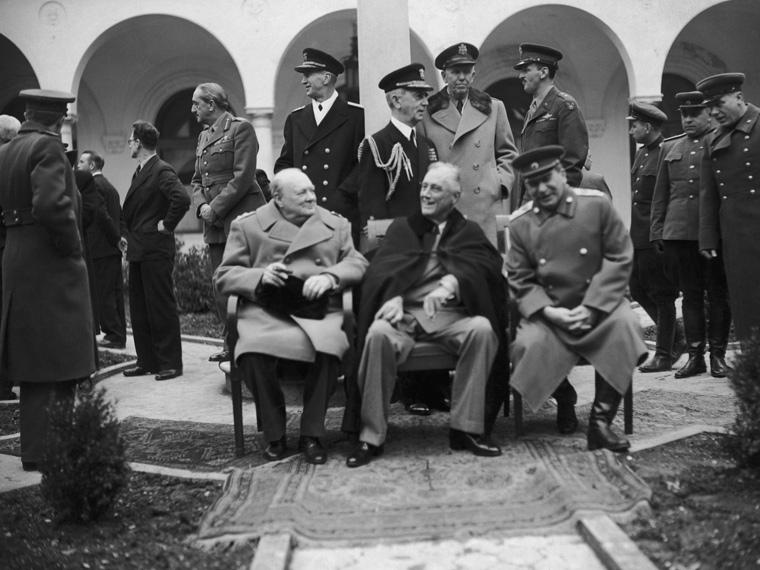 In February and June 1945, two significant meetings took place among the Allied leaders. In Yalta, the first meeting brought together Franklin D. Roosevelt, Winston Churchill, and Joseph Stalin. With Germany still in power, the three Powers continued to collaborate. But in Potsdam, with Germany defeated, Churchill replaced by Clement Attlee, Roosevelt dead and Harry Truman in power, disagreements reigned Supreme among the Allies. 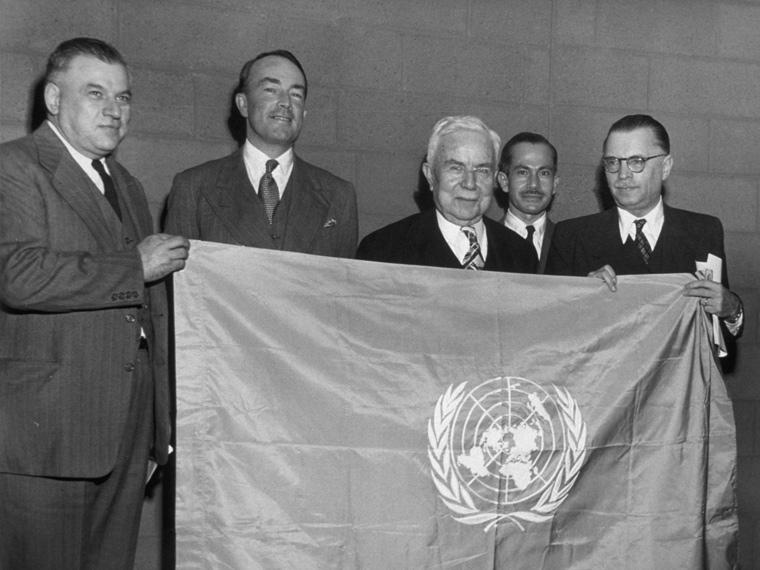 The creation of the UN

Inspired by Woodrow Wilson, Franklin D. Roosevelt was in support of the idea to create an international organization that would promote world peace and tamp down on conflicts. A follow-up to the 1919 League of Nations, the United Nations Organization was established on October 24, 1945. Although it was supposed to be the common ground for the world's powerful countries, it became an arena for the U.S. and Soviet Union to level blows at each other. 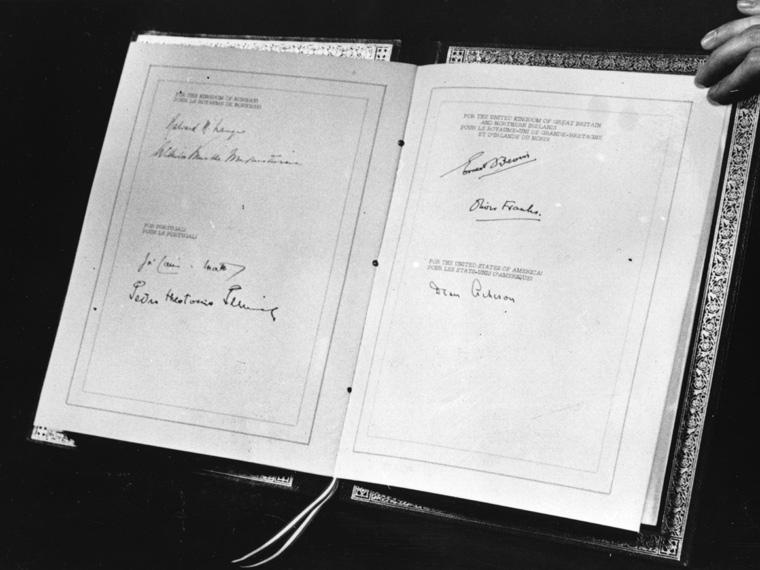 After Roosevelt's death, President Harry S. Truman's policy aimed at stalling the rise of the communist bloc. Truman's plan involved the implementation of the Marshall Plan that offered economic relief to rebuild European countries and foster economic growth, while obstructing communist influence. Another arm of this plan was NATO, a military alliance whose goal was to come to the defense of member nations that were threatened by the Soviet. 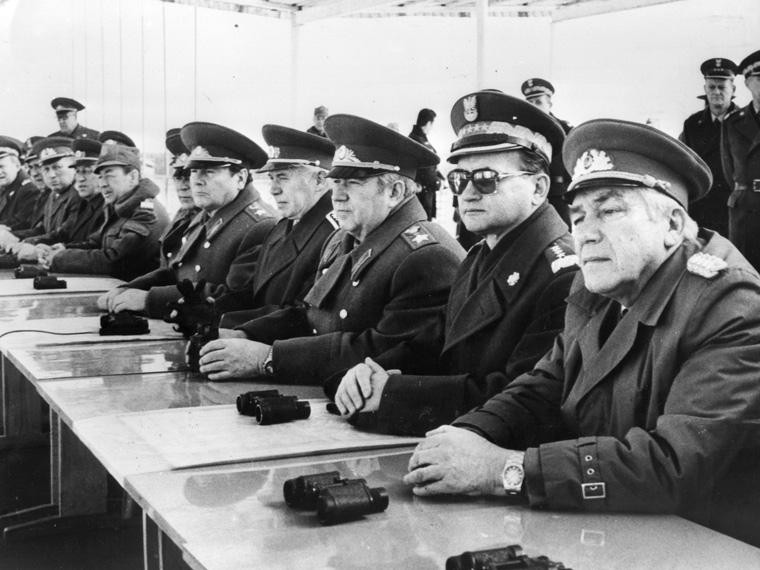 Truman’s new policy was taken as a direct threat by Stalin. In turn, the USSR launched a number of new organizations within its area of influence. For instance, the Cominform kept communist ideology safe and made sure its doctrine was followed. The Comecon was the Soviet iteration of the Marshall Plan, promoting the availability of economic aid and collaboration. The Warsaw Pact created a military bloc in response to NATO. 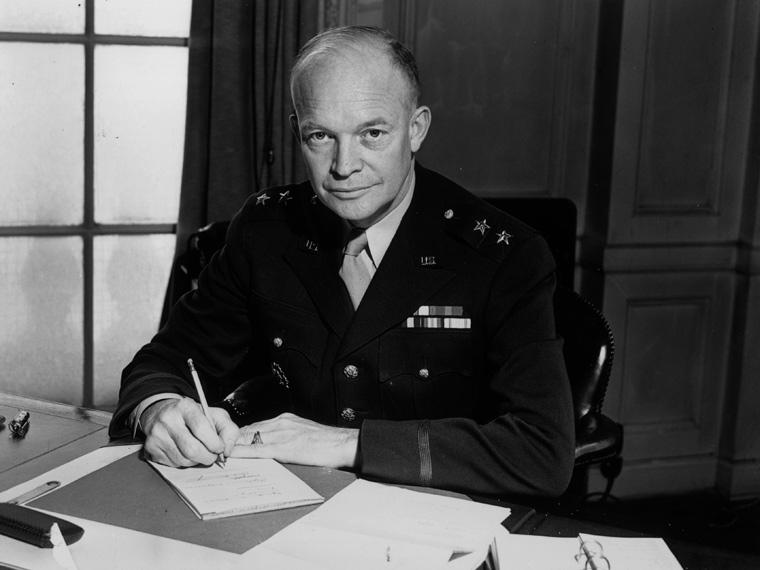 U.S. presidents during the War 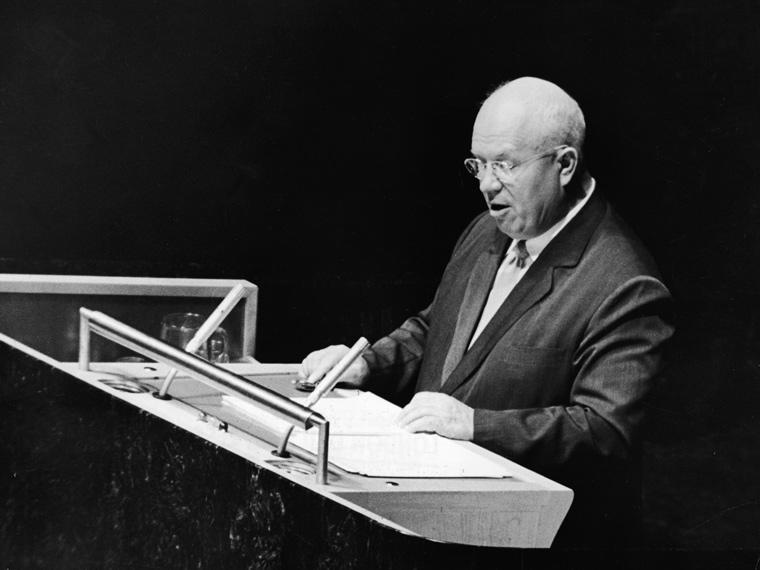 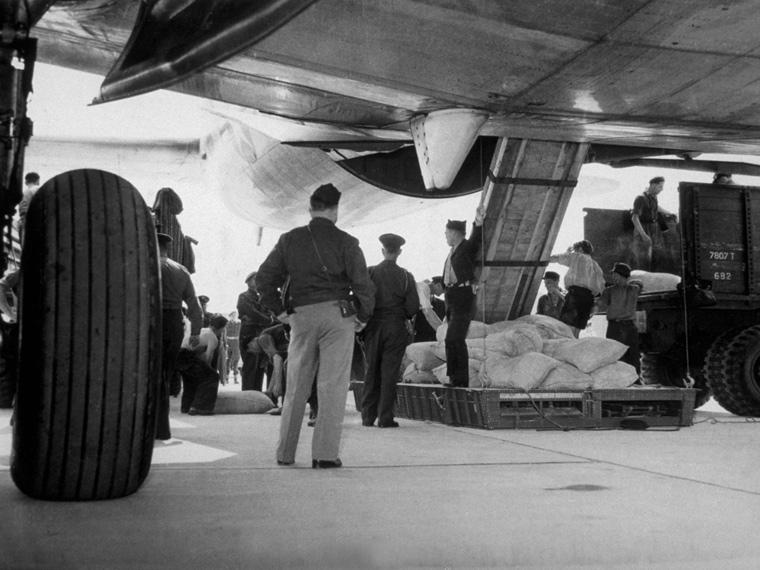 While clashes in Iran, Turkey, and Greece had occurred previously, the Berlin Airlift in 1948 is considered the first major conflict of the Cold War. In retaliation to the new policy of using Deutsche Mark as the form of currency in German Allied-controlled areas, the USSR intended to block western roads into Berlin with the intention of defeating it. But, the U.S. airlift began supplying the area, coming head-to-head with the Soviet Union. Their containment method would come to work, keeping tensions high. 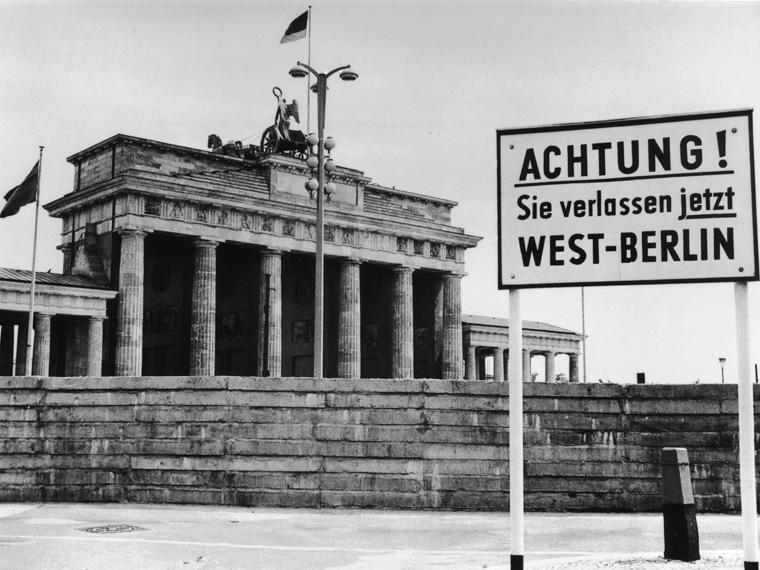 Berlin was the stage for numerous clashes between the two sides. In 1949, the German capital (and the country) was divided between the Federal Republic of Germany and the German Democratic Republic. With the Iron Curtain representing an ideological divide within Europe, the Soviet Union-built Berlin Wall solidified the segregation, and prevented people from leaving for the capitalist section. The demolition of the wall began in 1990. 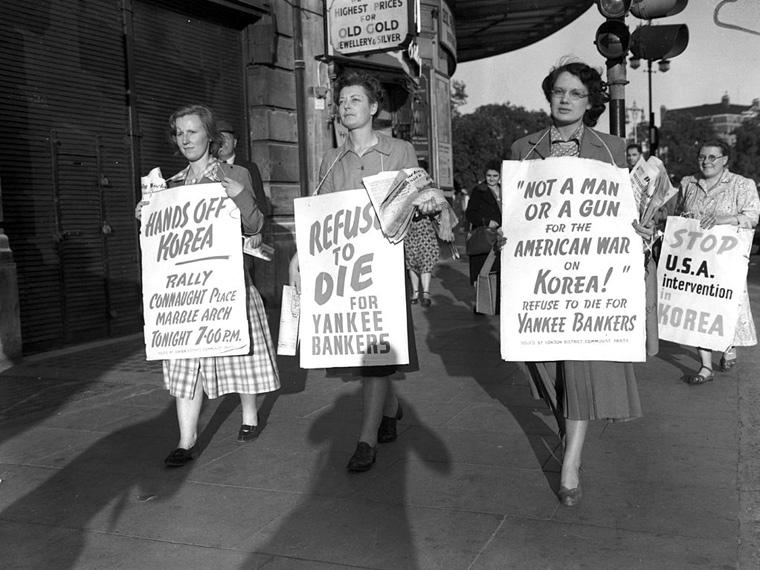 The first great war that featured in the Cold War took place on Korean soil, with the U.S. and the USSR coming to support a different side. The Korean War (1950-1953) followed the division of the country in 1948 into two parts—one that went the communist way and the other that followed the capitalist ideology. It began in 1950, when North Korea invaded South Korea Throughout the war, U.S., China, and the Soviet all sent in their soldiers. With the signing of an armistice in 1953, the Korean War came to an end. 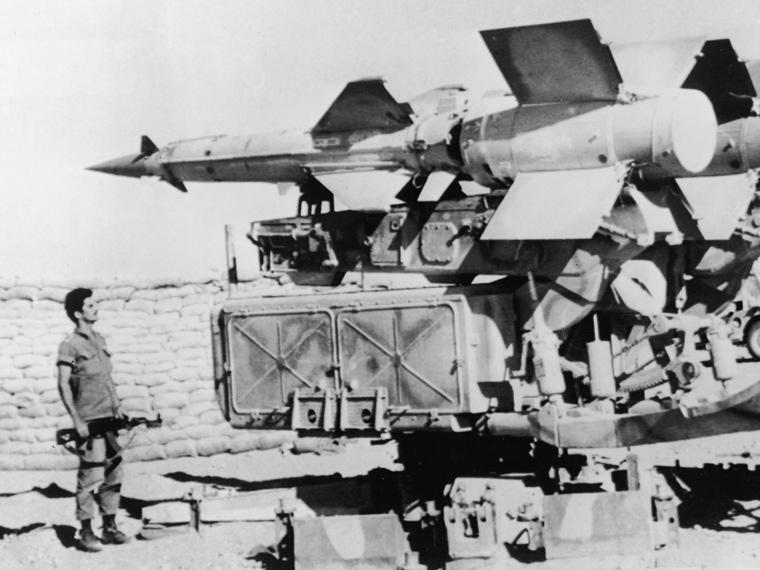 Dwight D. Eisenhower’s election to the role of U.S. president led to an uptick in the number of outright conflicts during the Cold War. Israel’s attacks on Arab nations became another playground for the U.S. and USSR to try and exercise their influence. The tension surged in 1956 during the Suez War, thereafter falling as the two powers went back to their old ways. 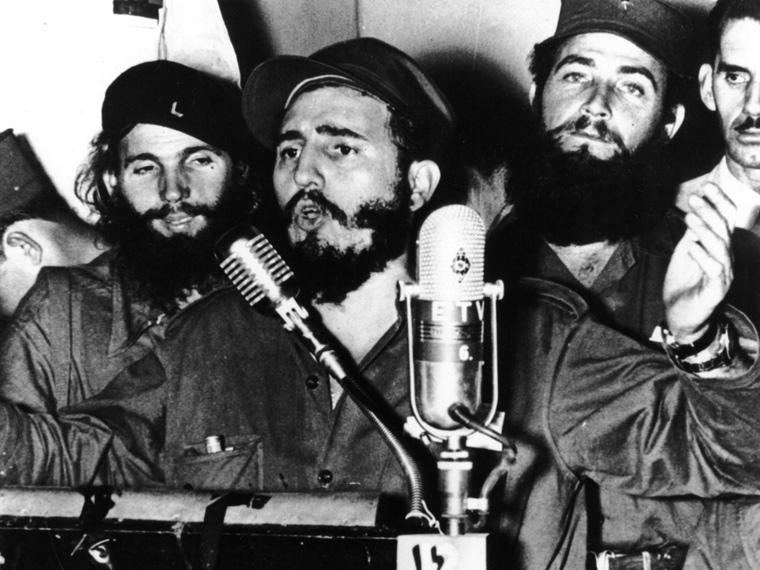 In 1956, Fidel Castro and his band of guerrillas came back to Cuba on the Granma yacht in a bid to best Fulgencio Batista’s regime. The Castro-led Cuban Revolution was accepted by the public and even heralded internationally. Castro’s inclination towards the Soviet Union, the failure of the Bay of Pigs Invasion, led to the island’s socialistic turn. 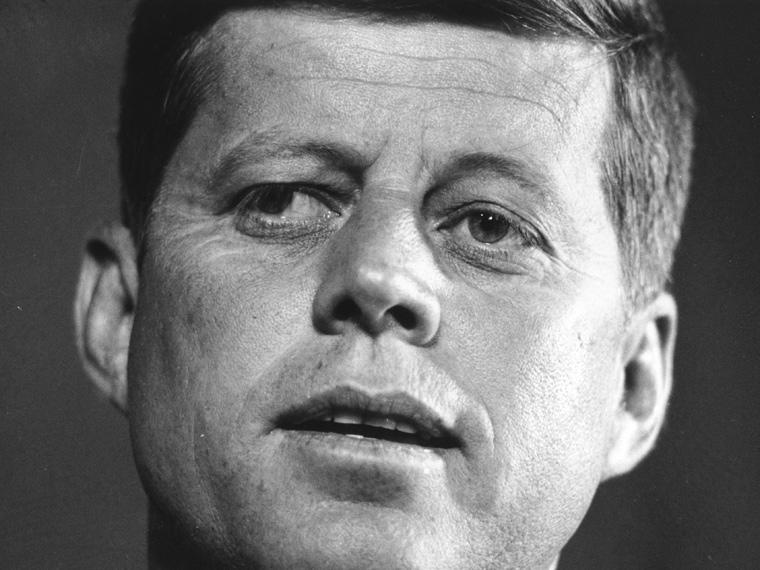 In light of the Soviet Union’s new relationship with Cuba and the installation of nuclear missiles in Turkey, the Union went on to place medium-range missiles of its own on Cuba. Then, the animosity between the Kennedy and Khrushchev governments led to the island’s blockade. In the end, both countries withdrew their missiles, but the threat of nuclear war was undoubtedly brought to the fore. 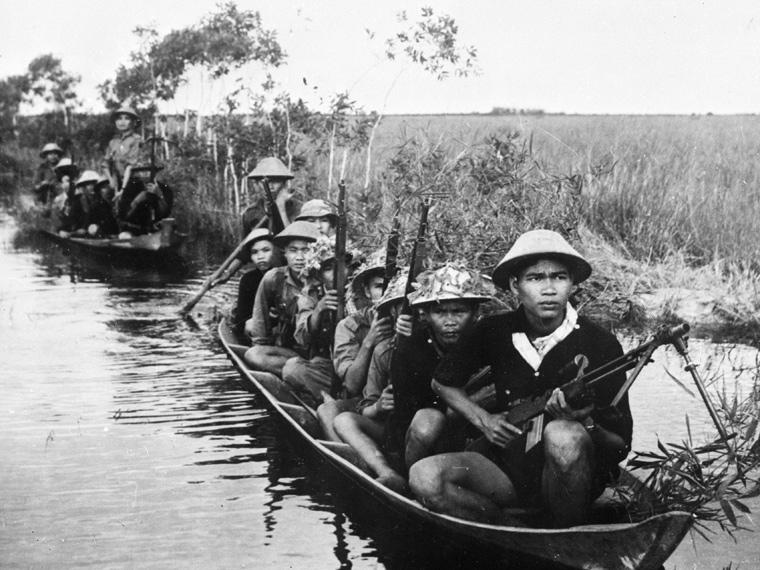 The Indochina War that sought to rid the area of French rule led to the division of Vietnam. While the thought of reunification was raised in 1956, the United States-backed coup d'état by Ngo Dinh Diem eventually led to the Vietnam War. With the communist North facing off against the capitalist south, countless Vietnamese civilians, Vietnamese and American soldiers died as the Viet Cong defeated the United States. The war ended in 1975 with the reunification of Vietnam under a communist government. 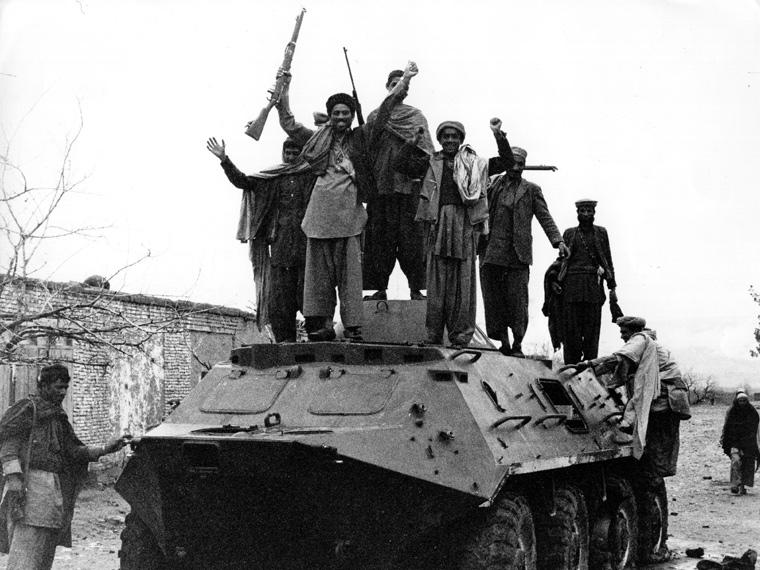 Since 1919, the USSR and Afghanistan had been intimately connected. The former provided Afghanistan with a great many resources. But the country’s instability and expense to the USSR led to its invasion in 1979. Being the first instance of the USSR using military strength during a time of peace, the superpower faced enormous criticism, leading to its withdrawal and defeat. 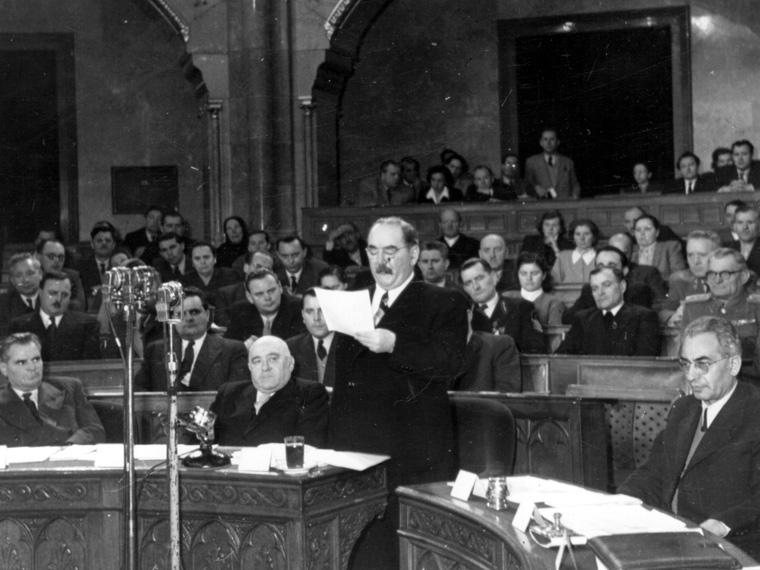 Revolts within the USSR

Even after the end of World War II, the USSR retained its hold on many Eastern European countries. Bulgaria, Albania, Poland, Romania, and Czechoslovakia tried to free themselves from the clutches of the USSR’s political party. For instance, Imre Nagy from Hungary tried to rise up against the Soviet Union with a socialist policy in 1956. 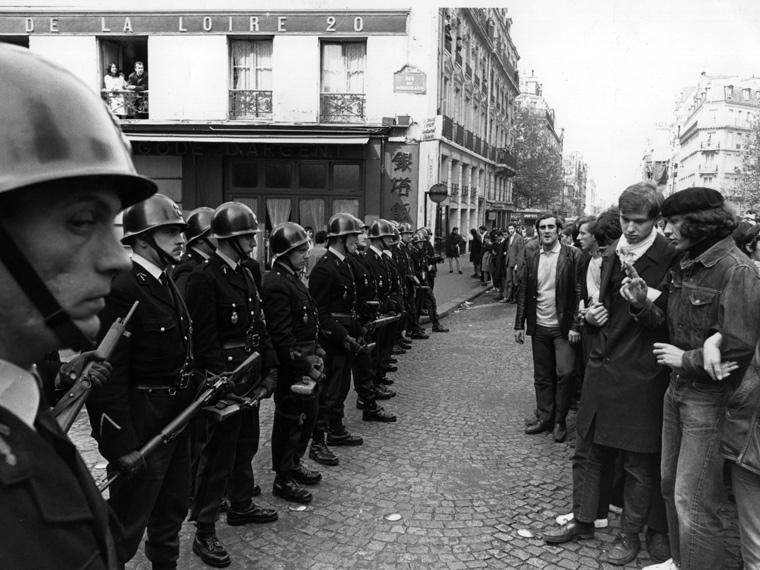 In 1968, the United States, USSR, and Europe attempted to break out of the grip of conservatism that had seized these countries in the 1950s. In Paris, students protested against the Charles de Gaulle government, fighting for a more libertarian society in a period known as May 68. During Prague Spring, Czechoslovakia witnessed mass protests against Soviet control. In the U.S., the hippie movement mushroomed, with folks protesting against the Vietnam War. 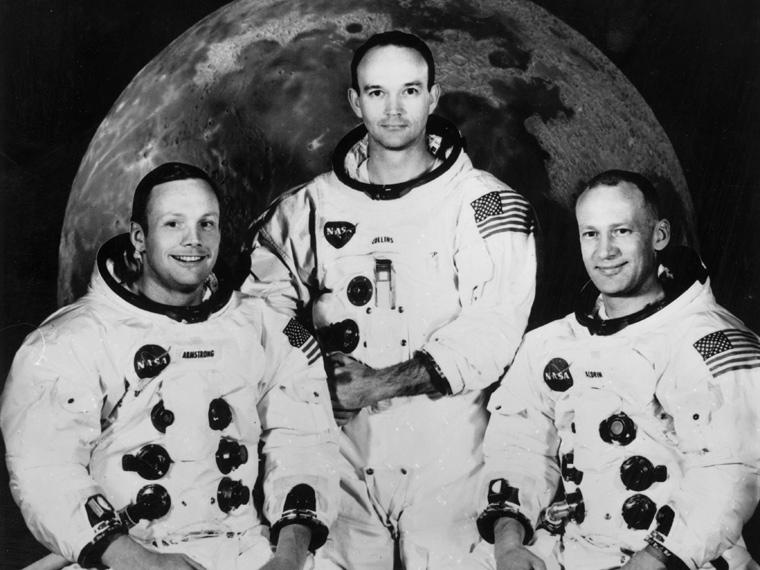 The competition between the two superpowers even went so far as to move to the outer space stage. The Soviet Union launched the first-ever artificial satellite in 1957 as well as sending Yuri Gagarin on a return trip into space in 1961. In 1969, the U.S. made their mark when Neil Armstrong and Buzz Aldrin carried out the first lunar landing. 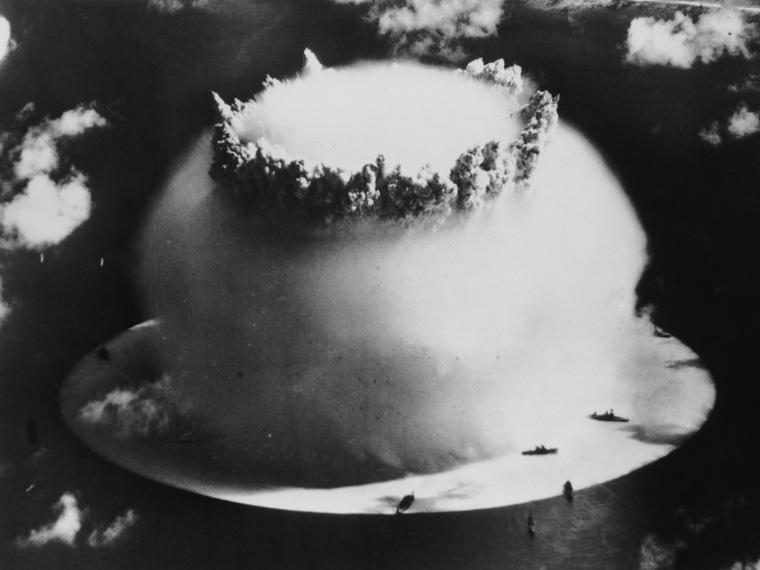 The detonation of nuclear bombs over two Japanese cities was a clarion call for the atomic age. Then, the USSR came to be equipped for a nuclear war in 1949 with the making of their first atomic bomb. Since then, both nations strived to create the most dangerous and advanced weapons. 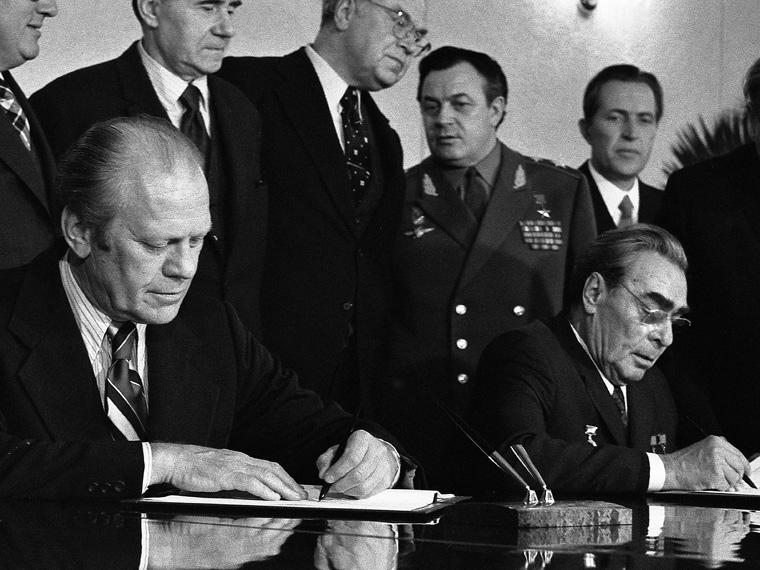 The speed with which countries were developing missiles and amassing nuclear power meant that some restrictions on their use were needed. So, nuclear testing on the Earth's surface, seabed or in its atmosphere was prohibited in 1963. Then in 1968, the Treaty on the Non-Proliferation of Nuclear Weapons was signed to prevent the spread of nuclear power. Since 1972, the two SALT treaties were signed to limit the two superpowers’ accumulation of missiles. 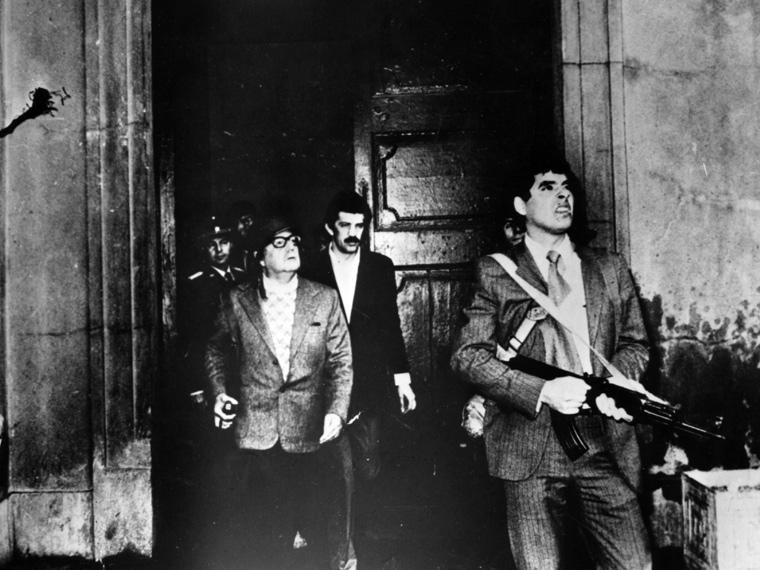 The powder keg of Latin America

Besides Cuba, many Latin American countries began seeing the rise of leftist political parties either through military strength or democracy. While the USSR was supporting the Castro regime, the U.S. was backing conservative parties or directing coups. For example, Salvador Allende’s ousting by Augusto Pinochet in Chile with military support from the Nixon government. 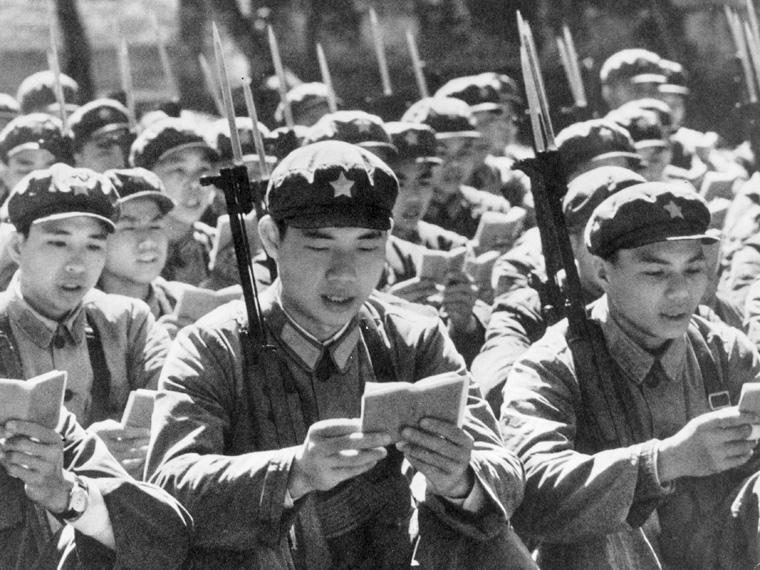 Soviet expansion in Africa and Asia

The USSR made massive inroads in Africa and Asia. In Africa, armed guerrillas and governments with varying ideologies arose frequently after the demise of colonialism, resulting in many a blood conflict. In Asia, the Soviet Union was losing power as communist China grew more influential.

The Soviet economy and those of most countries in its area of influence were languishing since the mid-1970s. At the same time, Ronald Reagan’s Republican government was firming their foreign policy against the USSR. Mikhail Gorbachev’s rise to the office of president of the Soviet Union in 1985 led to the eventual demise of the USSR. 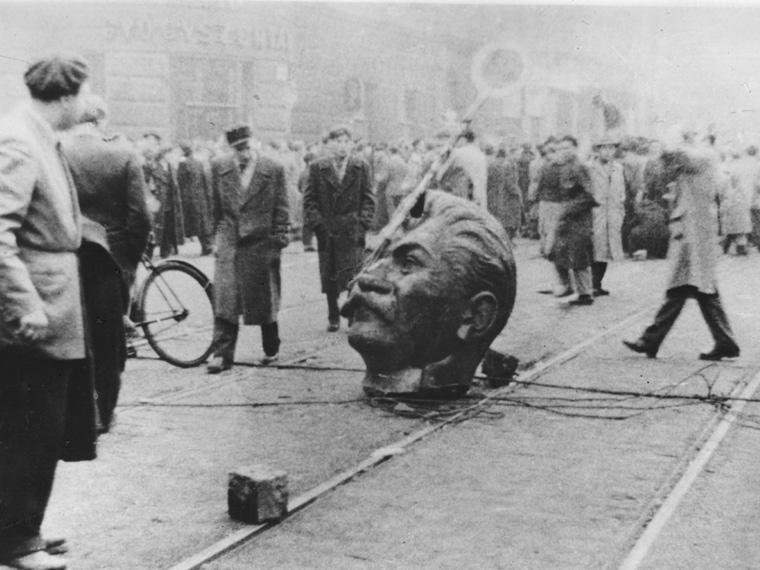 In 1989, the USSR’s breakdown began. Gorbachev’s government let up on the very countries that had tried to leave the Union before, military alliances fell apart, the Berlin Wall was open and destroyed before German reunification. In 1991, George Bush and Gorbachev announced the end of the Cold War. Boris Yeltsin became the first democratically elected president of the Russian Federation. 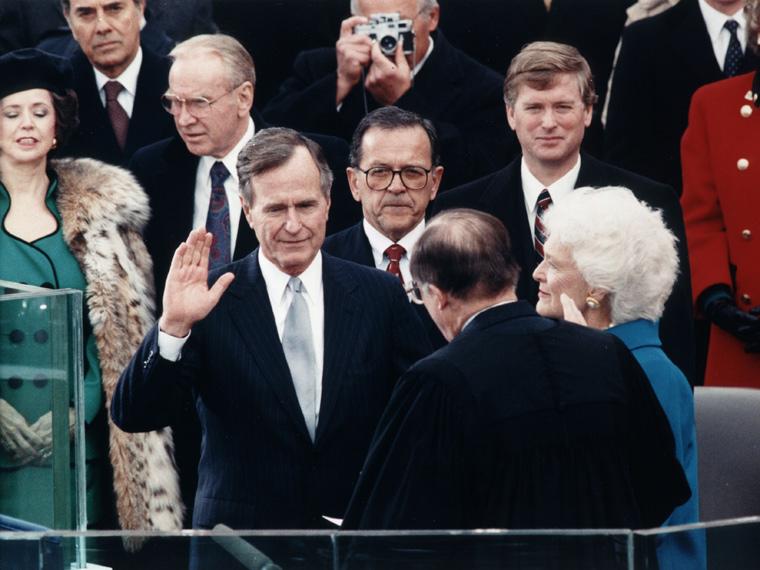 Eastern European countries and the Russian Federation had to deal with numerous repercussions—economic, social and otherwise. Moreover, with the United States as the sole superpower, it could continue to assert the strength and influence it had accumulated during the Cold War.