Like most folklore around the world, Norse mythology is full of legends that tell of gods, heroes, trolls, and more. It was polytheist, akin to other ancient religions.

People in northern Europe told stories of the gods of Asgard and other creatures that lived in the Nine Kingdoms. The Vikings breathed life into a pantheon of gods that reflected the harsh environment they occupied and their values.

Their warring and looting expeditions made dying in battle an act of bravery that would be celebrated with the gods. Men were to be warriors and fathers, nourishing and protecting their families, while women were to be good wives and mothers.

While popular culture has embraced Viking lore, Norse mythology is an excellent way of understanding their traditions and ideals. 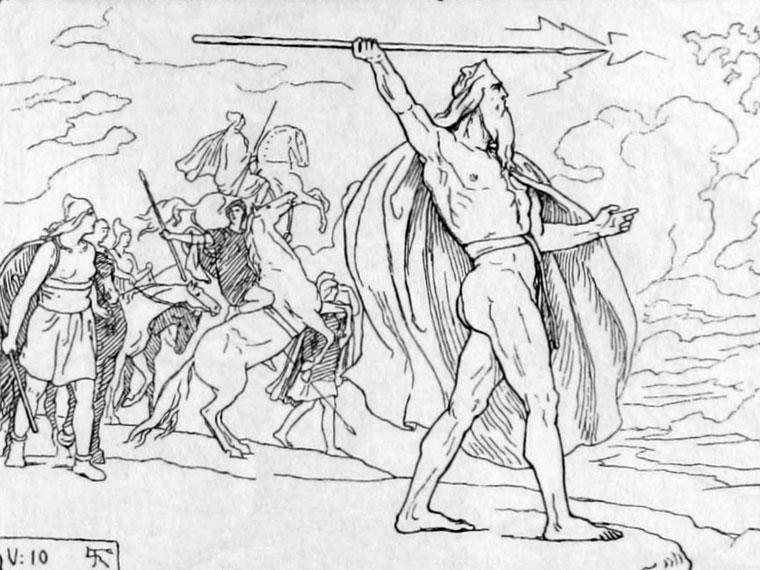 Norse mythology divides gods into Aesir and Vanir. While the Aesir were the great gods and lived in Asgard, the Vanir were minor gods and resided in Vanaheim. The Aesir were connected to the celestial plane and were gods of war, courage, and natural elements. Instead, the Vanir were linked to the earthly plane and were gods of harvest, fertility, or the seas. While some were worshipped by the aristocracy, others were worshipped by peasants. 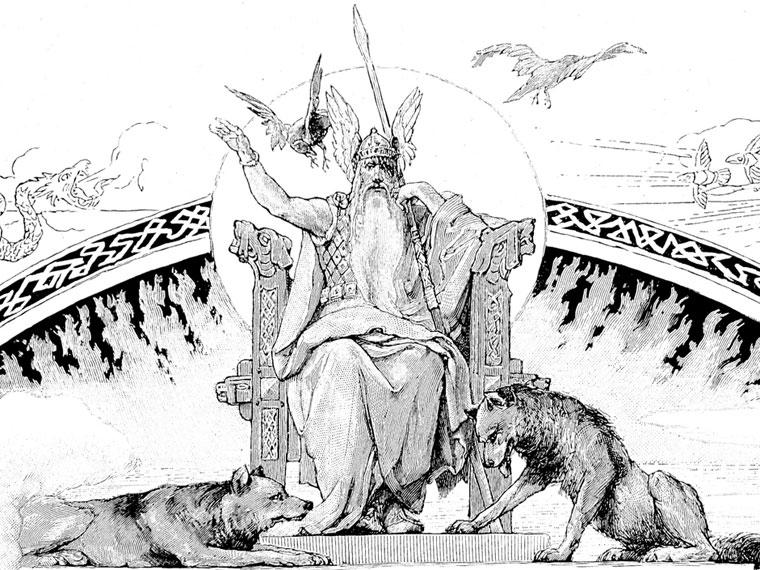 Odin was the father of the gods, and the god of war, death, wisdom, and magic.  Legend states that Odin had to tear out his right eye and drink from Mimir to gain universal wisdom. He also hung from Yggdrasil for nine days to understand the runes. Odin frequently disguised himself and stirred up trouble in the human world. As a god, he is shown with his spear Gungnir and two ravens Hugin, representing “thought,” and Munin, representing “memory.” 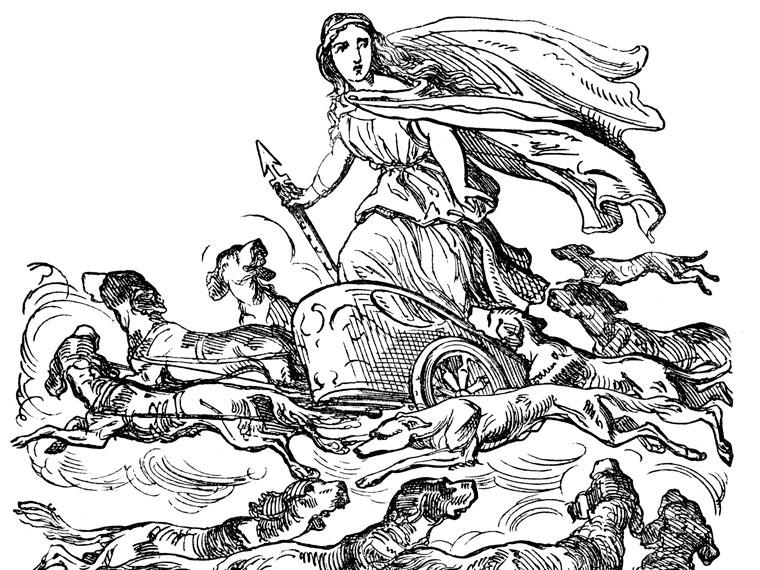 Odin’s wife and Queen of Asgard, Frigg was known for her wisdom and prophesying. The goddess of love and marriage, she was associated with the goddess Fulla, her guardian and confessor. Frigg was the god Baldr’s mother and apparently responsible for his “immortality.” Being an adored goddess, Frigg frequently appears in northern European mythology. 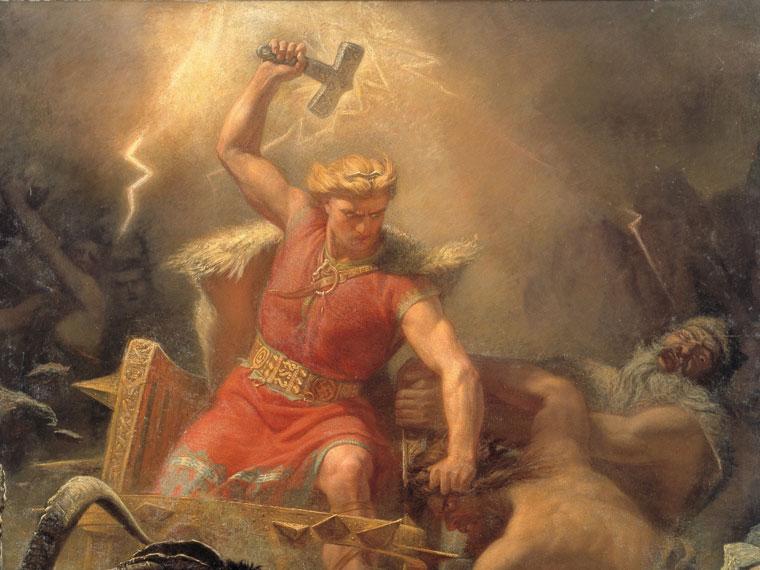 Thor is the most well-known god from the Nordic pantheon. The god of thunder and humanity wielded the hammer Mjollnir. A warrior god, he was a protector of Asgard and Midgard (the Earth). He epitomized the Viking values of bravery and strength. During Ragnarök, Thor would die while fighting the snake Jörmungandr. 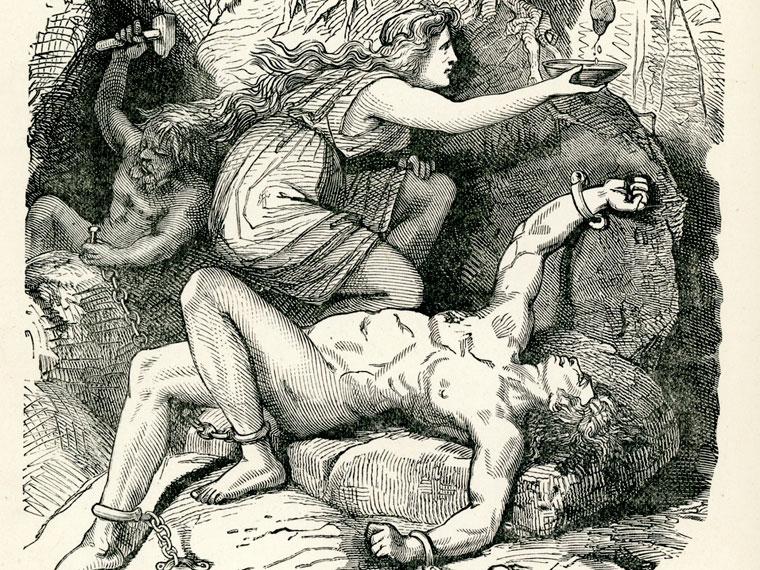 Neither an Aesir nor a Vanir, Loki is a Jotun. The god of deception, he was a shapeshifter with the ability of transforming into animals. He frequently switched sides between being for and against the gods. Numerous Norse tales speak of Loki’s tricks and troubles. His relationship with Asgard ended with Loki’s killing of Baldr. Loki would die in Ragnarök at the hands of Heimdall. 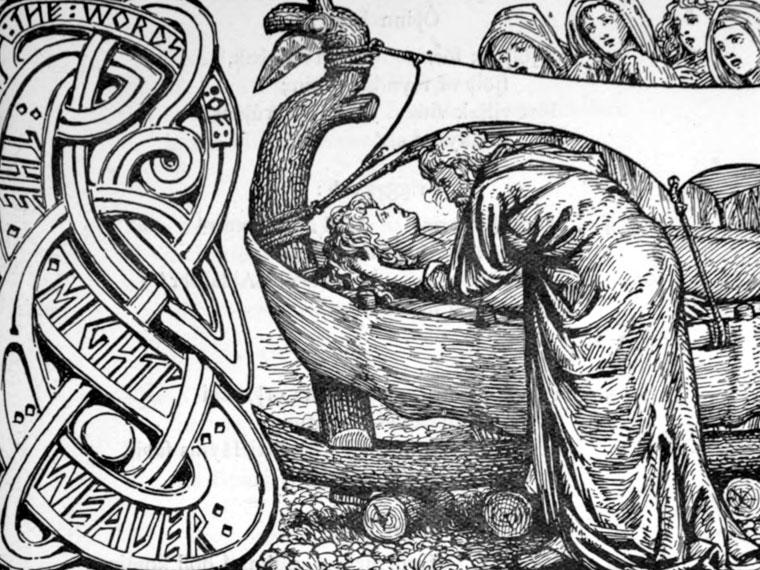 Born to Odin and Frigg, Baldr was considered the purest of the Asgardian gods—the god of peace, light, nature, and beauty. His brother Höðr was the blind god of darkness.

Legend states that Frigg had made all creatures vow that they would not hurt Baldr. On finding out that the mistletoe had not sworn as much, Loki tricked Höðr, who believed Baldr would not be harmed, into piercing Baldr’s heart with a mistletoe arrow. Baldr's death was considered an early omen of Ragnarök. 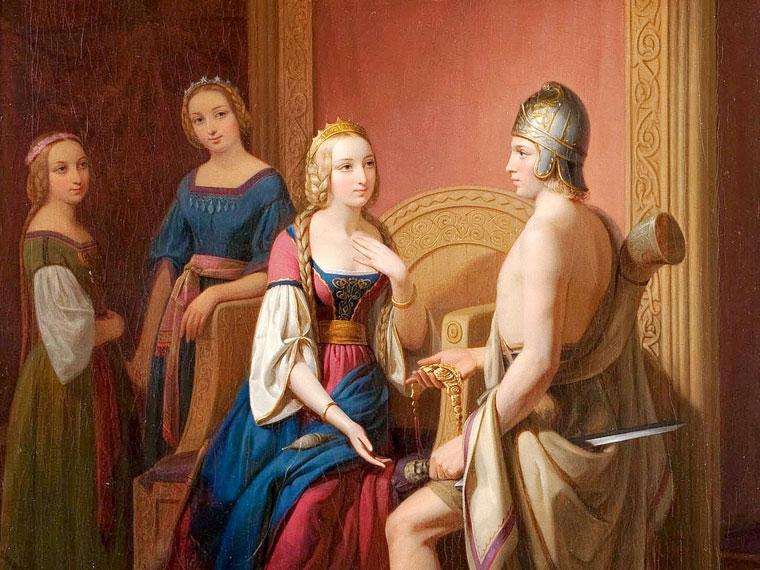 Heimdall or the “the white god” was Asgard’s guardian. His sharp hearing and vision earned him a home at Himinbjörg, where the Bifröst or rainbow bridge that joins the Nine Worlds of Yggdrasil and the sky.

When Ragnarök started, Heimdal blew the Gjallarhorn horn. Loki and he faceoff in combat, leading to their deaths. 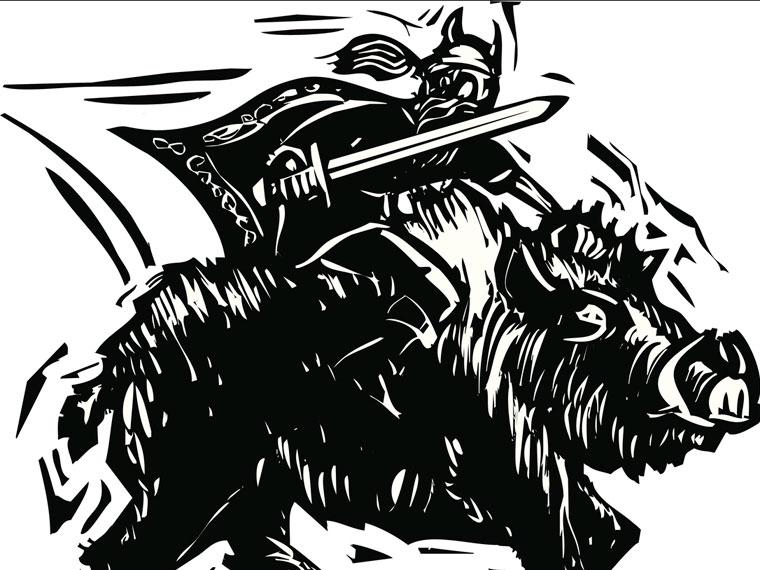 The god of manhood, wealth, and monarchy, Freyr travelled in a magical ship, always receiving strong winds for sailing as well as being foldable and storable in a bag, made by the Eitri dwarf.

A golden boar called Gullinbursti drew his golden chariot. In a successful attempt to woo the giantess Gerðr, Freyr had to give up his magic sword, a move that would later make him vulnerable to the fire giant Surtr’s attack. 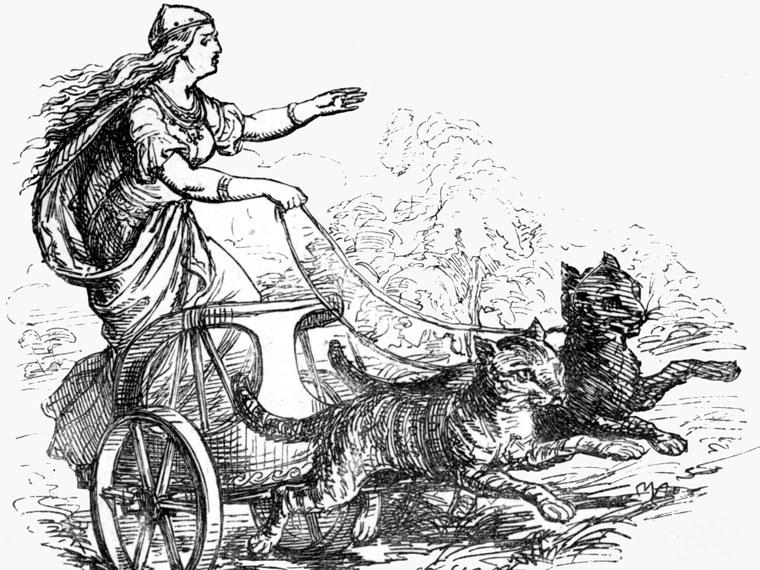 Freyja is Freyr's sister and is associated with love, fertility, and beauty. A Vanir or minor goddess who helped Asgardian gods, she had to ensure that harvests were always plentiful. She was mistress to the field of Fólkvangr, where warriors killed in battle sought comfort. 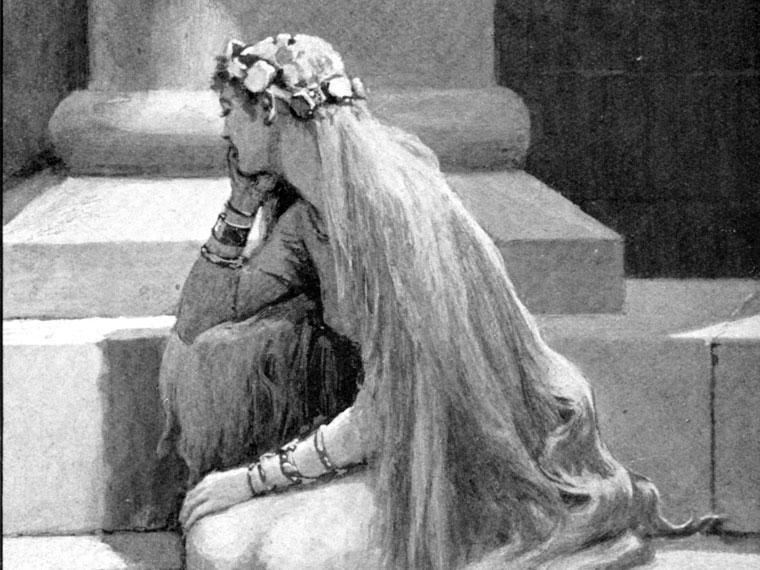 Wife and lover to Thor, Sif was the goddess of beauty, fertility, love, and wheat. A well-known legend states that Loki once cut off Sif's beautiful golden hair and had to convince the dwarves into making a head of golden hair for him to give Sif, along with other gifts for the god. 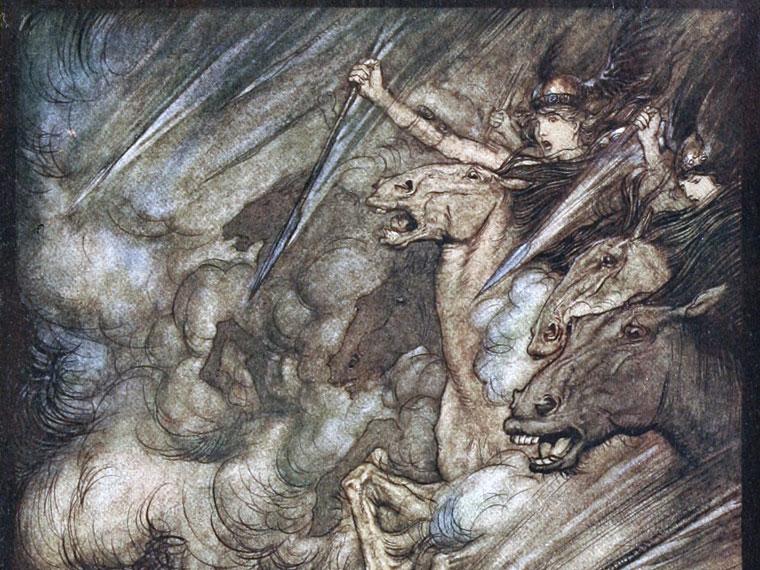 The Valkyries were Disir, minor deities who were commissioned by Odin to move the bodies from the battlefield to the halls of Valhalla or the fields of Fólkvangr. Incidentally, “Valkyrie” refers to “the one who chooses those killed in combat.” They have been shown as both beautiful women and fierce warriors, and were considered as good examples to follow by female Nordic fighters. 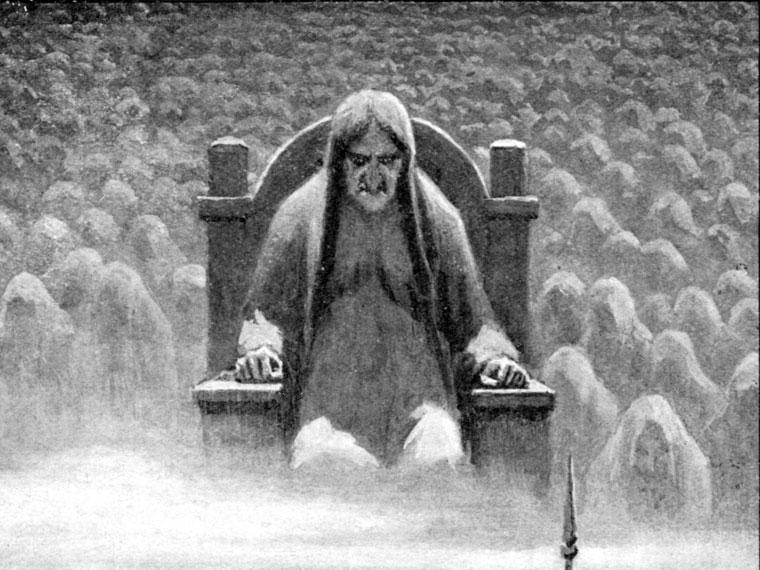 Loki’s daughter and the goddess of death, Hela had an odd appearance. One half a beautiful girl and the other a rotting corpse, she was restricted to the kingdom of the dead by Odin. During Ragnarök, Hela would lead an army of the undead alongwith the dog Garm and the dragon Níðhöggr against Odin. 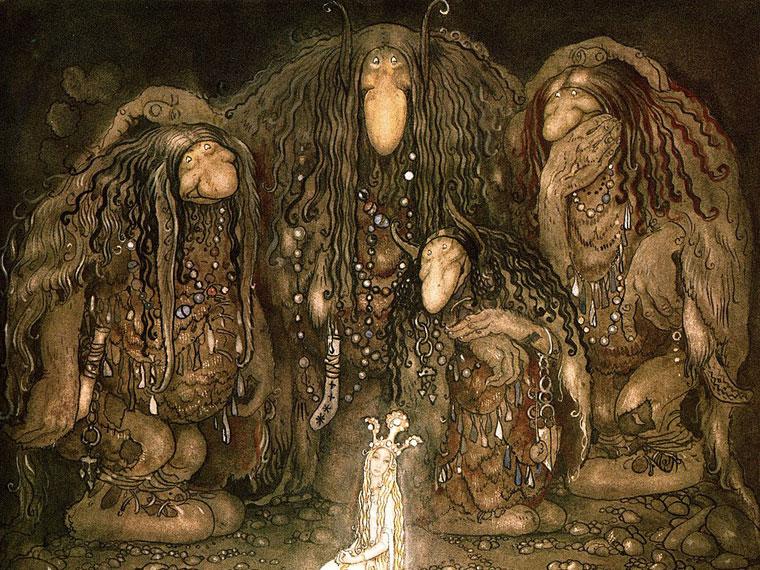 Image: Wikimedia Commons.
Other creatures of the Nine Worlds

Norse mythology included not only gods and humans, but also all manner of other creatures. The Nine Worlds thronged with fairies, dwarves, elves, trolls, giants, and even draugrs, which were corpses housing the spirits of dead warriors. 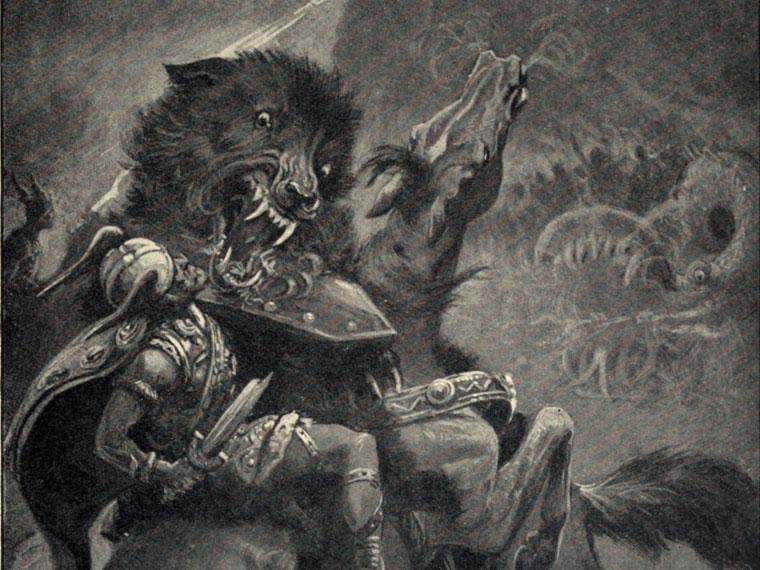 A child of Loki and Angrboda, Fenrir was a monstrous black wolf. He grew to be so large and powerful that he was considered a threat to the gods. Knowing that Fenrir would help bring about the end of the world, Aesir sought the help of the dwarves to check his power. They made an indestructible chain and Tyr, the god of war, sacrificed his hand to Fenrir so as to lure him into the bindings. Eventually, Fenrir broke free, using fire and water to wreak havoc upon Midgard. Fenrir would also be responsible for Odin’s death. 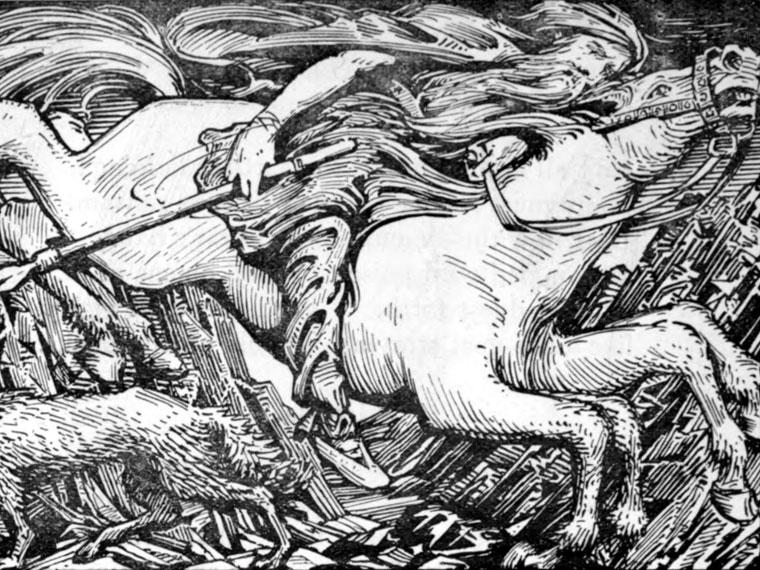 Sleipnir is a strange eight-legged horse and Odin’s mount that was gifted by Loki.

It is said that Loki contested a giant for Freyja's hand by having to build a wall in a short time.

As the giant was being assisted by Svaðilfari, a stallion, Loki transformed into a lovely mare to seduce the stallion away from his duties. So, Sleipnir was born. 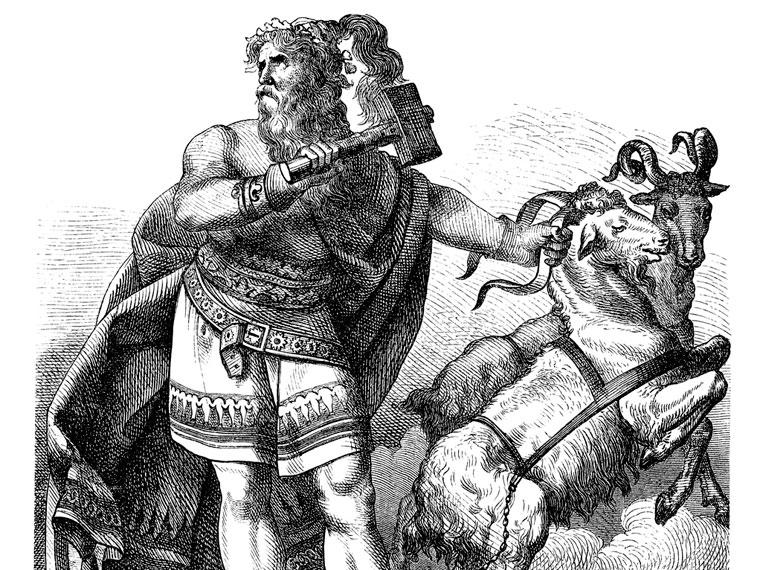 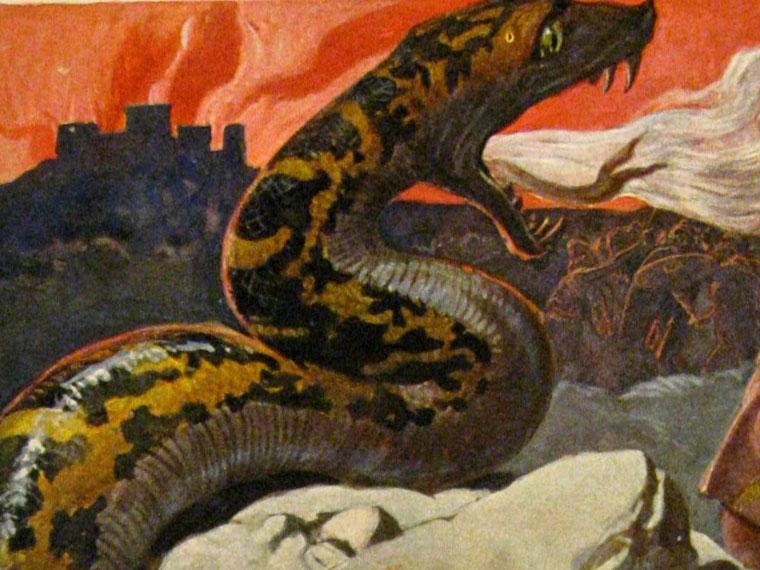 Loki and Angrboda’s three children. the goddess Hela, the wolf Fenrir and the serpent Jörmungandr, would all help orchestrate the end of the world. Thrown into the Midgard Sea by Odin, Jörmungandr swelled in size, surrounding Midgard and biting its own tail. Without Odin’s imprisonment of Jörmungandr, it would be free to poison the sky and raise the seas. While Thor and Jörmungandr met thrice, neither survived their last meeting. 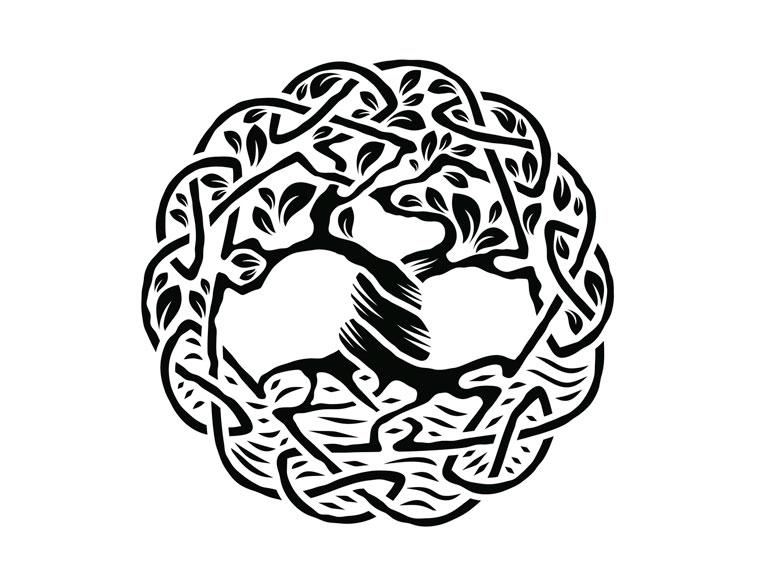 Considered as the world tree in Norse mythology, Yggdrasil is a perennial ash and axis of the universe. Its branches house the Nine Worlds—Asgard, Midgard, Helheim, Niflheim, Muspellheim, Svartalfheim, Alfheim, Vanaheimr and Jötunheim. Yggdrasil is surrounded by a number of magical creatures such as the Nidhogg serpent that chews on the roots of the Yggdrasil everyday, as well as significant spots including the Mimir fountain, from where Odin gained universal wisdom. 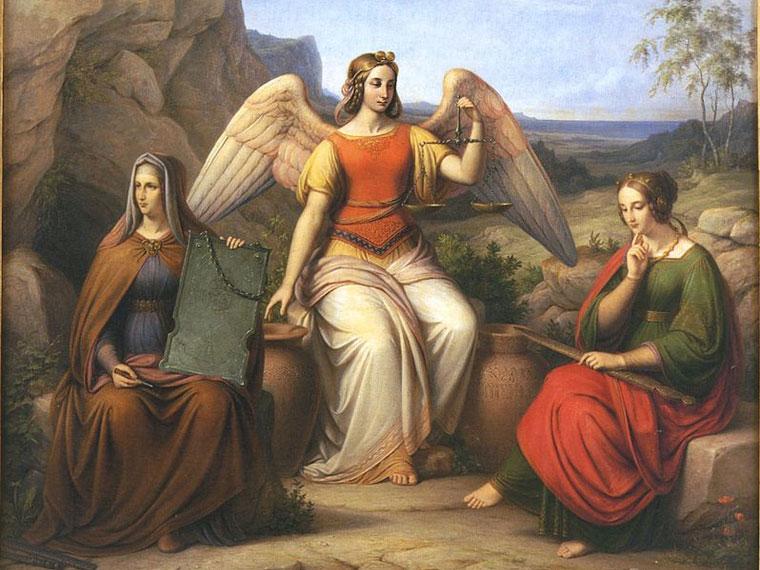 Goddesses of destiny, the Norns were three female spirits representing the past, present, and the future. Living by the roots of the Yggdrasil, they watered it and were devoted to crafting  looms with the destinies of people, the gods, and the universe. 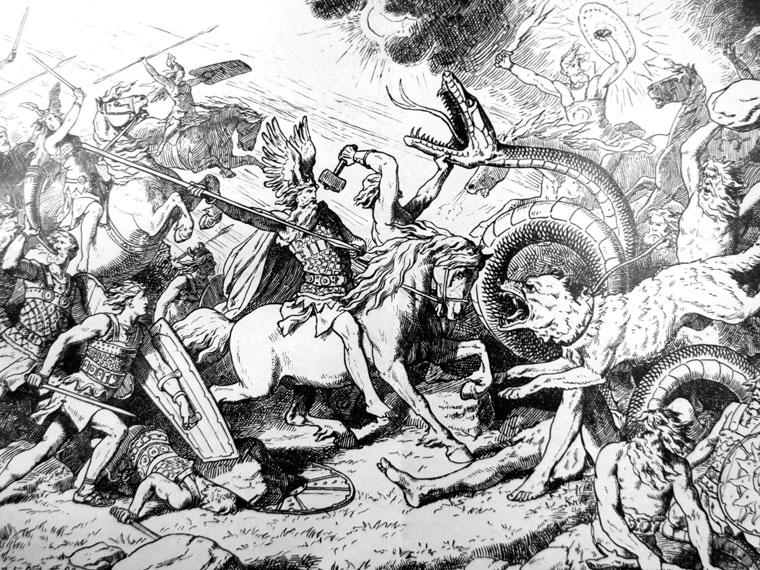 Ragnarök refers to “fatal destiny” or “destiny of the gods,” the final battle between the Aesir, their armies and the giants, demons, and other creatures. Despite some victories on both sides, the clash would result in the complete destruction of the world, leaving behind only two humans, Lif and Lifthrasir. According to the epic poem Völuspa Edda, the two remaining humans would survive by hiding in Yggdrasil, the world tree, and birth the human race, much as the Adam and Eve story.