Animals that feed on blood 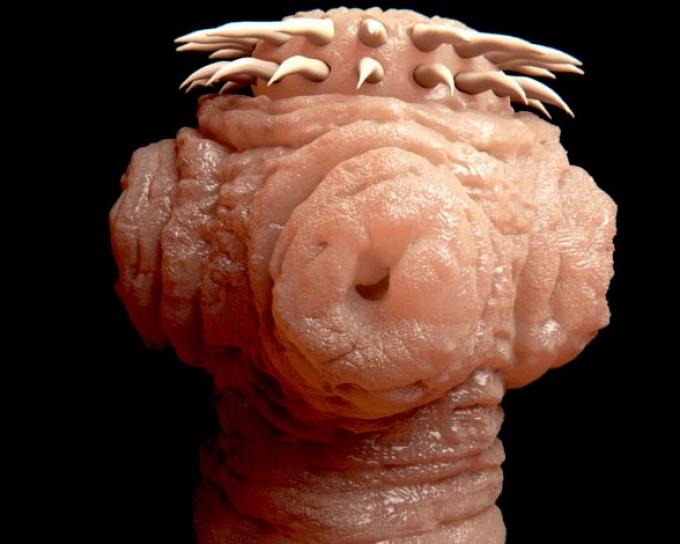 Taenia is a genus of parasites popularly known as tapeworms or tapeworms that cause two types of parasitic diseases. The 32 known tapeworms parasitize various animals, but there are only two that affect humans. These are the species T. saginata and T. solium. The tapeworm saginata lives in the first portions of the human small intestine and can reach from 2 to 5 meters in length, and even reach 10m.  It is known as a solitary worm, because it houses a single adult worm of the infected person. Tapeworm solium also lives in humans' small intestines but does not reach more than 10 feet. 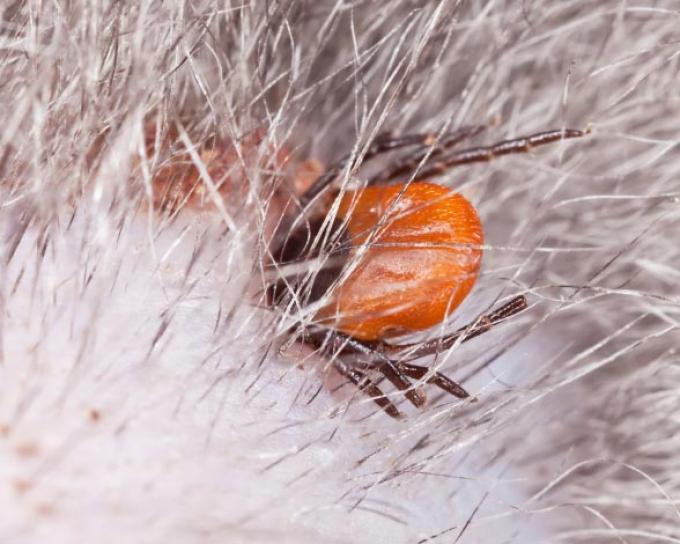 Ixodidae are a superfamily of mites, known as ticks. They are usually found in the tall grass, where they wait to hook up with any passing animal. They can’t jump, so the only way they get to the guest is direct contact. To feed themselves, they pierce the animal’s skin and start sucking blood. As they do, their body swells up, to such an extent that they don’t let go until they are completely full, which can last for several days. Although most tick bites are harmless, there is a possibility that they will spread Lyme disease that causes arthritis, heart and nervous system disorders such as encephalitis or meningitis. 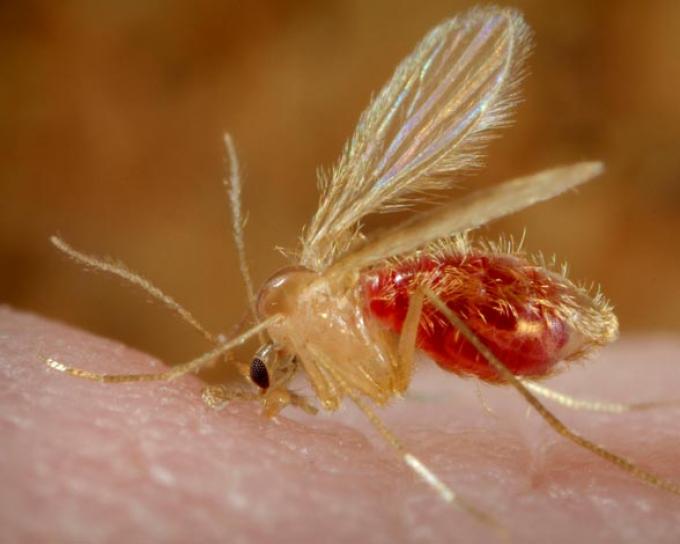 It is a parasite of the family Ceratopogonidae and, therefore, again carriers of diseases such as bluetongue virus, African equine disease or ephemeral bovine fever which they transmit after biting their victims for blood. 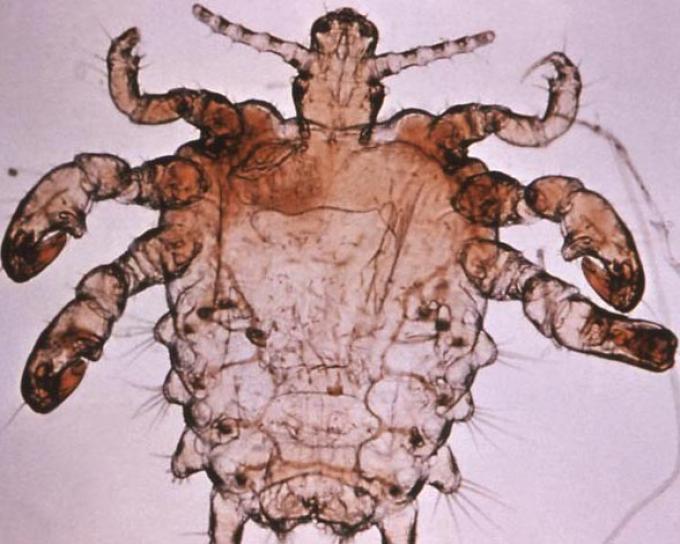 The crab (Pthirus pubis) is an ectoparasitic insect of humans, which is between 1 and 3 millimeters long and is obviously fed by blood. The amazing thing about this insect is that it does it at least 50 times a day, so it causes a very annoying itch that causes the infected to scratch, which leads to an irritation of the skin. Crabs are usually transmitted by sexual contact, although it is possible, albeit rare, that they are infected by wearing clothing in contact with a carrier. Apart from the pubic region, crabs are usually placed in body hair, eyebrows, eyelashes, or hair. 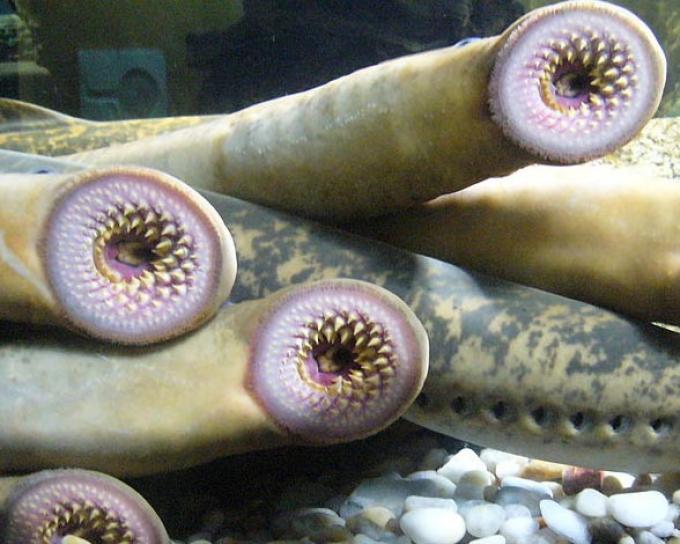 Hyperoartians (Hyperoartia) are commonly known as lampreys. It is a very primitive species of gelatinous body, cylindrical, without scales and tremendously slippery.  primitive, similar externally to eels, although not related to them, and with a gelatinous, cylindrical body, without scales and very slippery. It is an aquatic animal whose mouth is circular and suction-shaped, so it is able to adhere to anything. They can reach up to 1 meter long and weigh up to 1 kg. Once it fixes its mouth to its prey, its multiple concentric teeth and its tongue that scrapes the skin of the victims, do the same to obtain blood and feed themselves. Their favourite prey are sharks, salmon and other marine mammals. 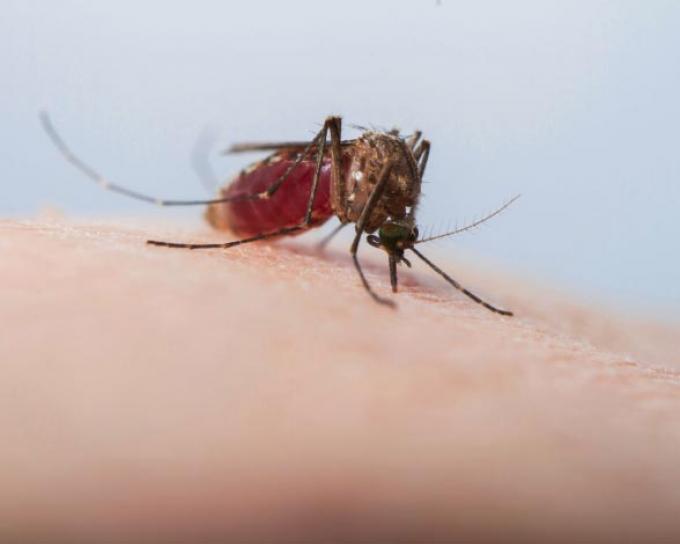 Mosquito females are hematophagous and are therefore frequent vectors of infectious diseases. Males, however, do not feed on blood. The females also live much longer than the males, reaching some almost 6 months of life, although the average is one month. The females need the blood of their victims to feed themselves and, although each mosquito may have their preferences, most of them prefer mammals and, especially, the human being, because they have a very thin skin and easy access to the I’m sorry, I’m sorry. After piercing the individual and sucking the blood, mosquitoes can inject up to 6/4 parts of common poison, causing the usual inflammation characteristic of their bite. One of his relatives, who also eats blood and works in the same way as the mosquito, is the mosquito. 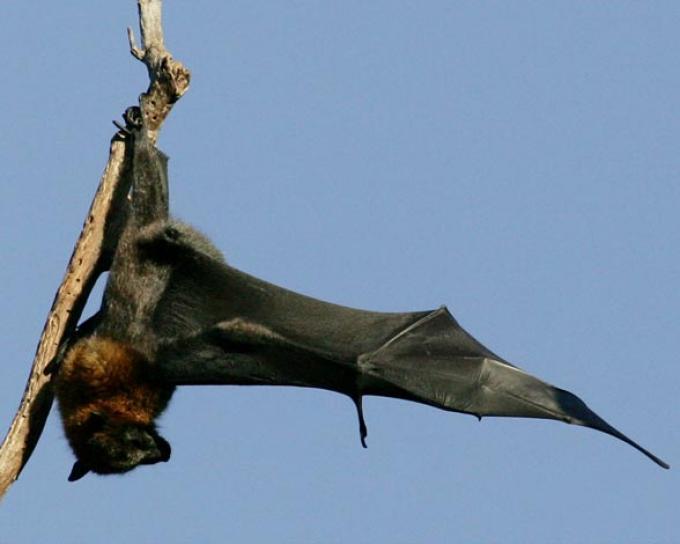 It’s the largest in size of all the animals that live on blood. However, of the more than 1,000 different bat species that exist, only three feed on blood. Most feed on insects, carrion, fruit or nectar. The common vampire (Desmodus rotundus), the hairy-legged vampire (Diphylla ecaudata) and the white-winged vampire (Diaemus youngi) exist for those who feed on blood.

The three species are native to America. Vampire bats only hunt when it is completely dark. The common vampire usually feeds on any warm-blooded animal, however, the other two species feed on the blood of humans and birds. When they locate their prey, the vampire lands in a hairless area and bites the area their infrared radiation sensor tells them. Once done, they do not absorb the blood, but drink it by tongues. 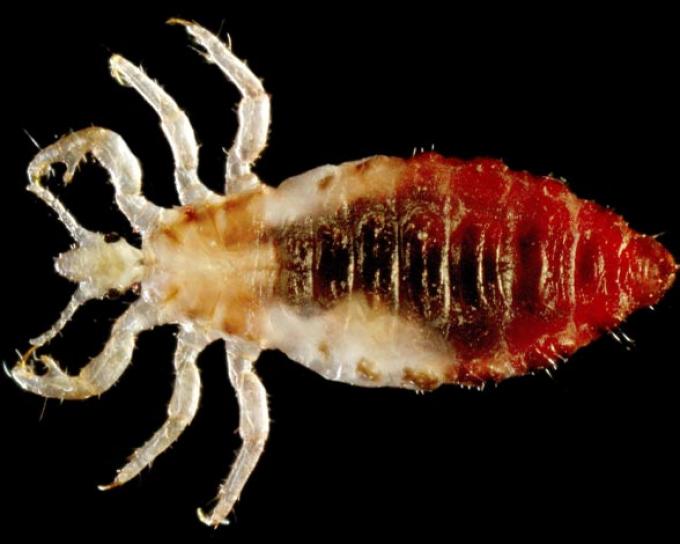 Phthiraptera, commonly known as lice are wingless insects, ectoparasites of birds and mammals of which there are more than 3,000 species. They feed on traces of skin (epidermal), parts of feathers, sebaceous secretions and blood. Their color varies from pale beige to dark gray, but if they feed on blood their color may be even darker. In its adult form, this insect can measure between 1.5 and 4 mm. It has 6 legs that end in a kind of hook that allows it to adhere to the hair. They don’t have wings or jump. They can live up to 30 days in a person’s head and move to another guest by contact. 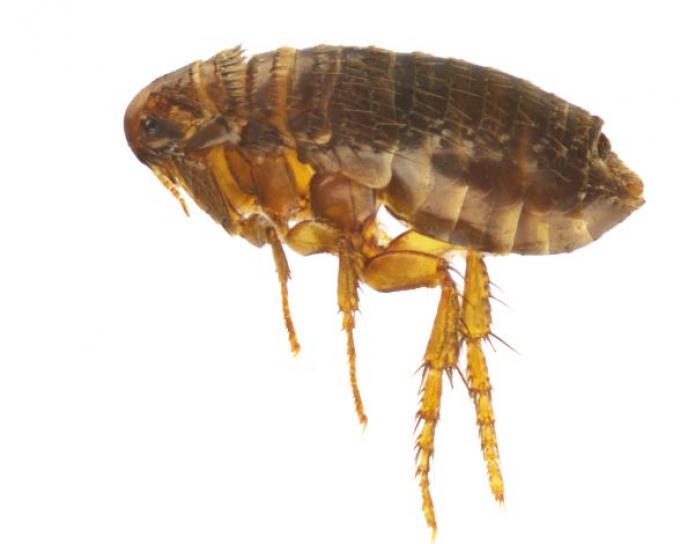 Sifonopters, as they are known scientifically, are a class of small insects without wings but very agile. Fleas are external parasites that live off the blood of mammals and birds. They have a tube mouth mechanism specially adapted to feed on the blood of their guests. They are barely 1.5 to 3.3 millimetres long but, thanks to their long legs, they can jump up to 18 cm in a vertical direction and 33 cm in a horizontal direction, which makes them excellent jumpers. There are nearly 2,000 species and several of them are carriers of diseases such as typhus or bubonic plague. 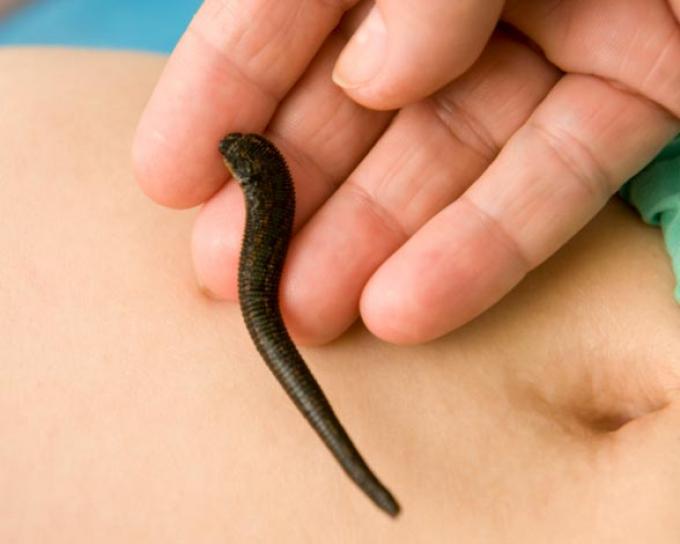 The medicinal leech (Hirudo medicinalis) is a species of boiling annelid worm that inhabits much of Europe and that, as you can imagine, feeds on blood, both from animals and from men. Its natural habitat is freshwater, so it is usually found in lakes or water ponds with mud at the bottom and reeds or reeds. This leech is able to distinguish and feel light, temperature and humidity. Once it adheres to its prey, it does not release it until it is completely sated. Medicinal leeches have been used in medicine for centuries. In fact, in ancient Greece and Rome they were used because they believed that it cured all kinds of diseases. Today their use remains so popular that they have become an endangered species. 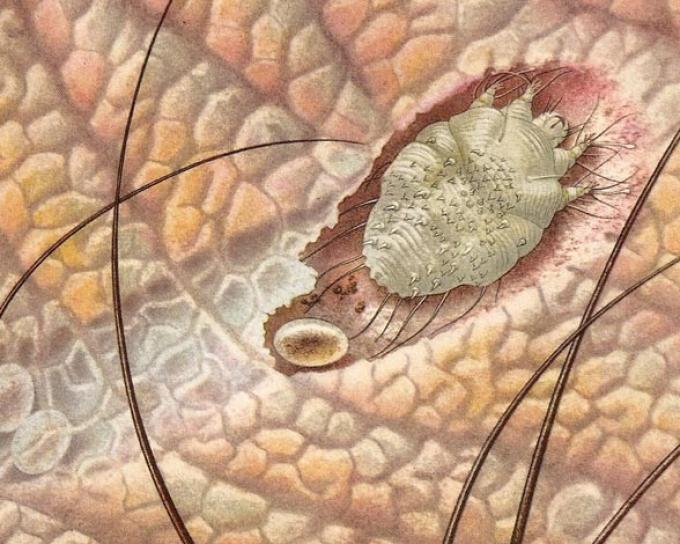 Plough of the scabies

The Scabies Plough (Sarcoptes scabiei) is a species of uncluttered, ovoid body mite with 4 pairs of legs and a size of just 400 microns. Its victims are mammalian animals and in humans to which it sucks blood and producing the disease known as scabies. Outside its host, the mange plough usually does not live more than 4 days. After fertilization, which occurs on the surface of the skin, the male dies and the female enters the stratum corneum of the skin creating tunnels in which the eggs are left. Once the eggs hatch and the larvae emerge to the skin surface, they transform into nymphs in 3-8 days and then into adults in 12-15 days. The disease that causes this mite is extremely contagious. 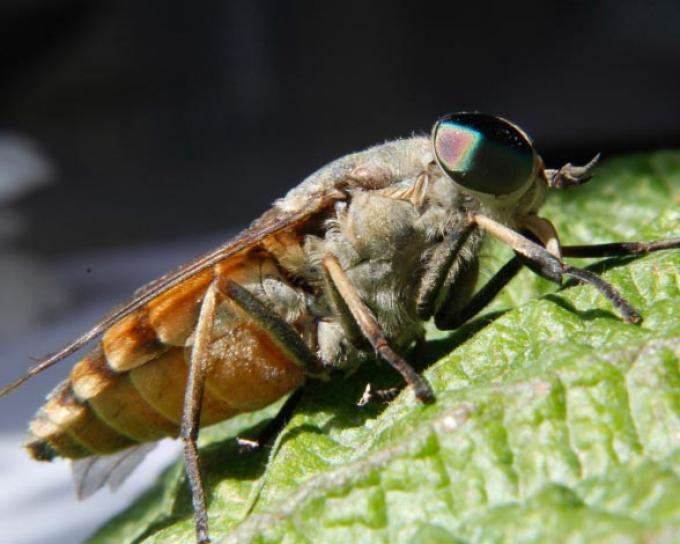 Tabanids, better known as horseflies, can fly very active and efficiently thanks to the functions of their rear wings that help them to control the flight, being able to reach up to 30 kilometers per hour in straight flight. As with mosquitoes, males do not feed on blood, only females, which feed on blood taken from mammals and birds, because it is rich in protein. The sting of a horsefly is pain and leaves the affected area red. The horseflies' mouthpiece is so strong that it can pierce the skin of donkeys, horses or goats. 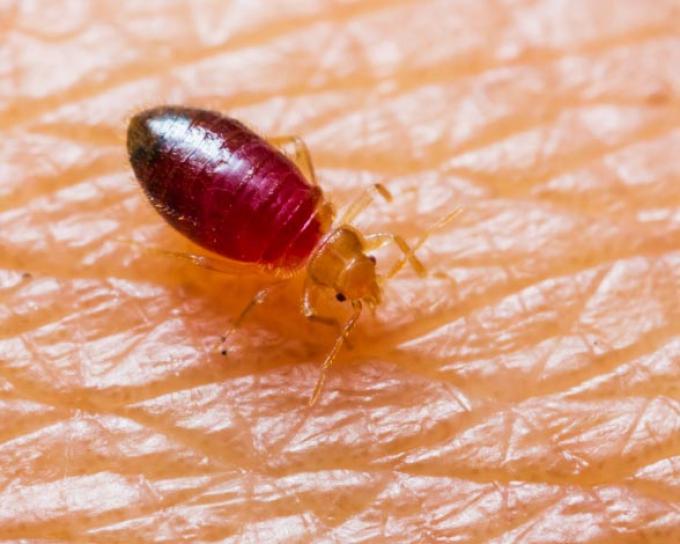 Hemiptera represent a large order of neoptera insects comprising more than 84,500 known species. They are characterized by having a sucking oral apparatus that, depending on the species, they use to suck sap or blood. Bedbugs have modified mouthpieces forming a beak-shaped structure called a face adapted to pierce and suck liquids from plants (such as sap) and animals (e.g., blood). Some of those that feed on the blood of vertebrates are important transmitters of pathogens. For example, in Central and South America, Tiratominae transmit Chagas-Mazza disease or American trypanosomiasis, a life-threatening disease.

The 14 highest peaks of the world