Interesting facts about the Moon

Dubbed as the moon of the Earth, it is the only place beyond Earth that mankind has ever stepped on. The moon is the fifth largest satellite solar system and the brightest and largest object in our night sky.

The fact that it is simply called Moon, even though we know there are so many more, is precisely because when it was discovered we still didn’t know that there were other ‘moons’ which existed. It wasn’t until 1610 when the well-known Italian astronomer Galileo Galilei observed four moons in orbit around Jupiter that we realized this small detail. Be that as it may, our Moon still represents the only natural satellite that out blue planet possesses.

Facts about the Moon:

Its period of rotation and orbit is: 27.32 terrestrial days

The Moon is 400 times smaller than the Sun; however, it is 400 times closer to the Earth, hence the apparent size of both bodies seen from the Earth is practically the same.

If you want to know other curiosities about the Moon, don't miss this gallery. 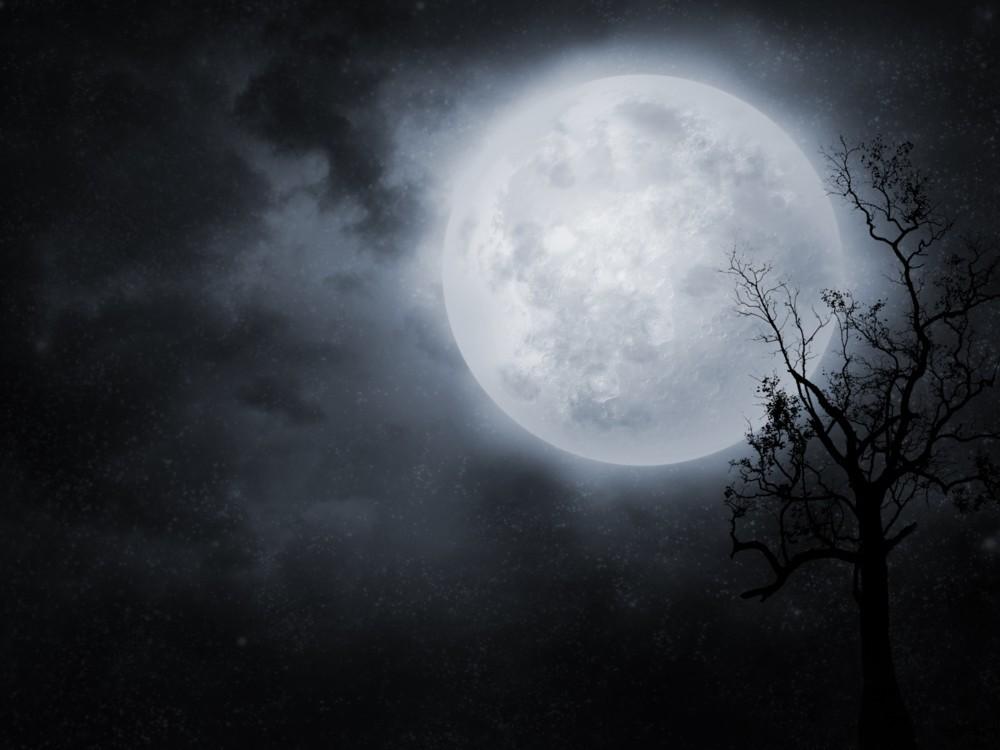 Brushstrokes on the Moon

The moon is the easiest celestial object to find in the night sky, disappearing from our sight only a few nights a year. The Moon takes 27.3 days to rotate on its axis and orbit the Earth. Although it is a satellite of the Earth, the Moon, has a diameter of approximately 3,475 kilometers and is larger than Pluto. Because of its size, it has a great effect on the planet. 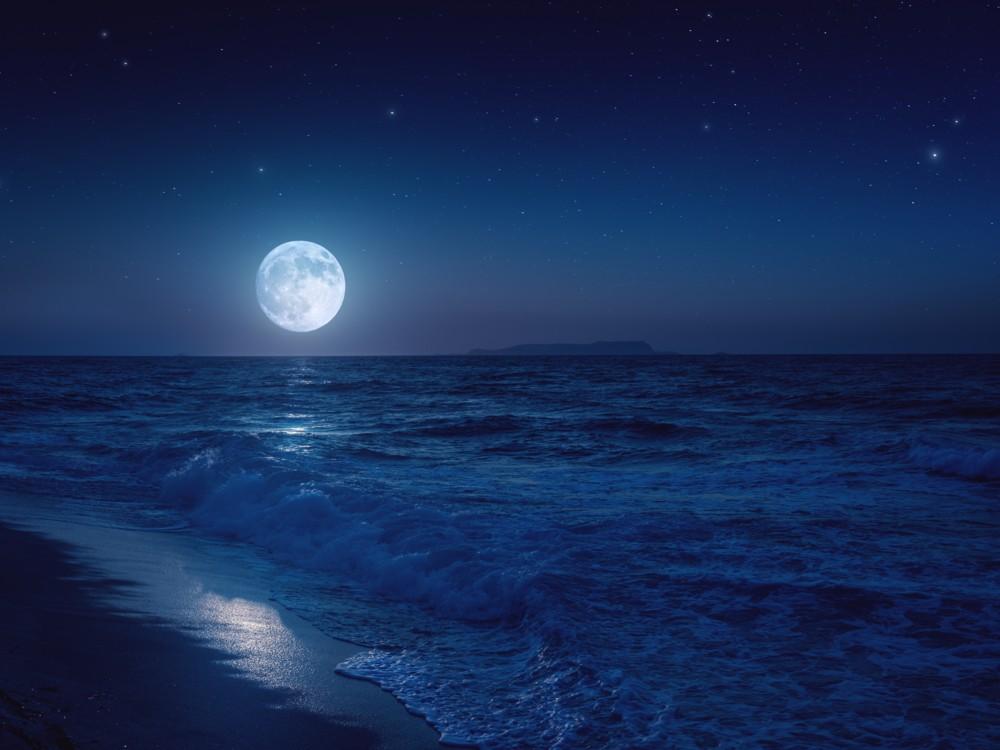 If there are so many moons, why is only ours called 'Moon'? Up until 1610, when Galileo Galilei discovered four moons orbiting Jupiter, mankind thought that ours was the only one. But in 1609 Thomas Harriot was the first person to use a telescope directed at the sky and the first person to create the first maps of the moon. His name originates from the Latin word Luna, which means moon, that was used by the Roman Artemis and then Selene by the Greeks. This classical origin of the Latin word moon was a contraction of lucina, which like lux (light) came from the Indo-European root leuk. Originally the word moon meant "the luminous one, the one that illuminates". 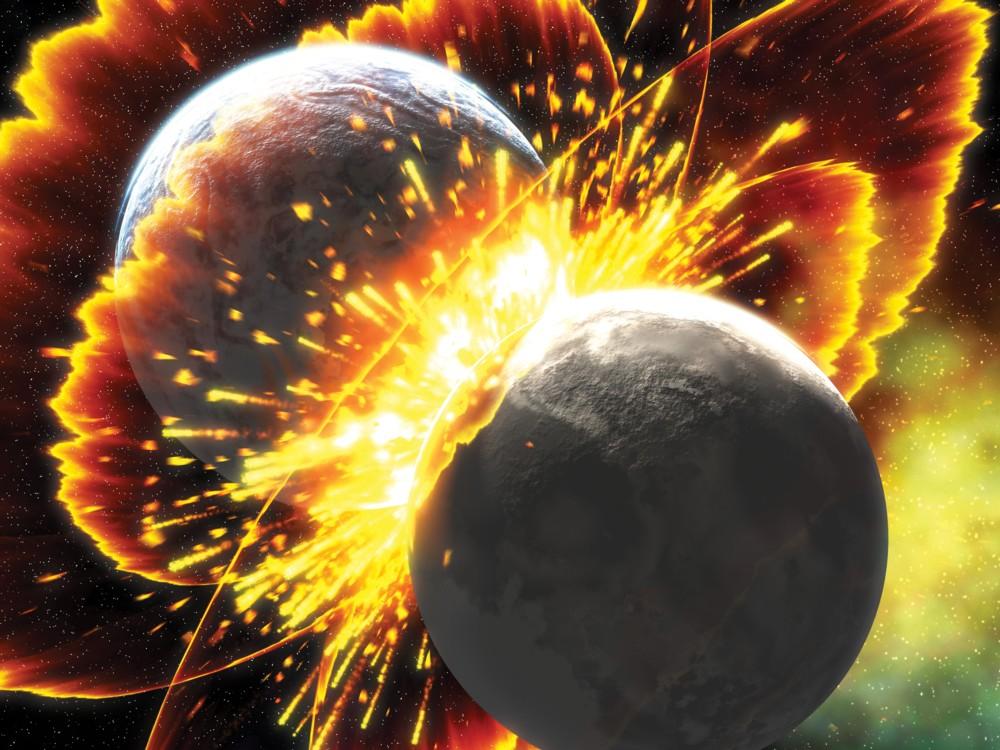 How was the Moon formed?

The main theory of the origin of the moon is that it probably formed after a body the size of Mars collided with the Earth about 4.5 billion years ago. The resulting debris from the Earth and the object that impacted it accumulated to form our natural satellite 384,000 kilometers away. 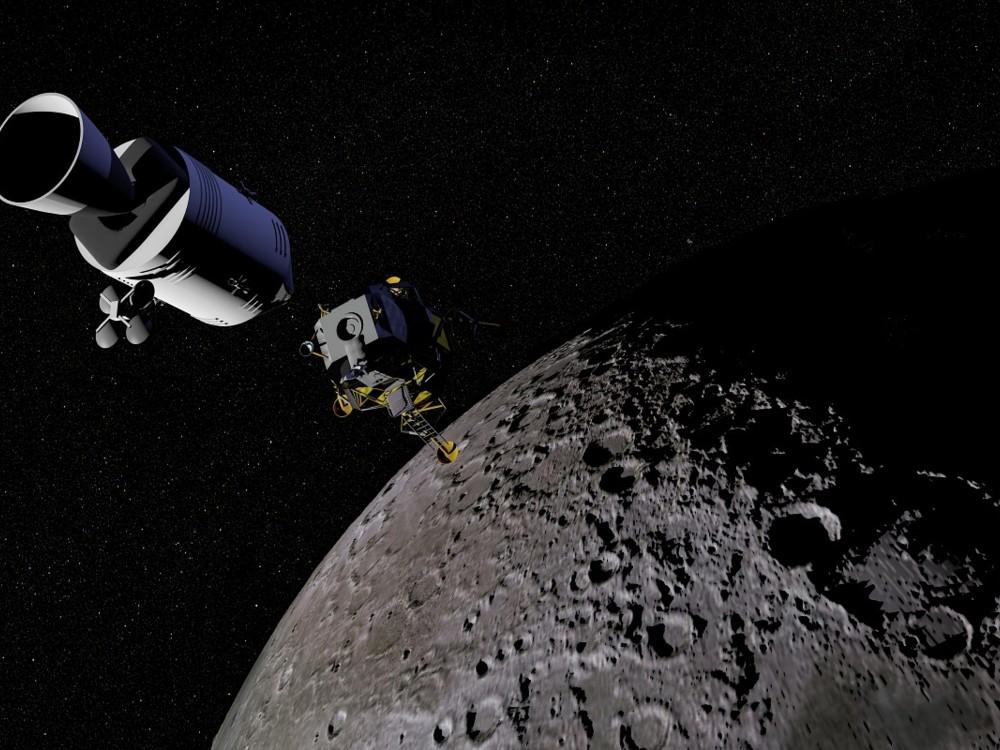 The Moon is dusty and abrasive

The truth is that taking a walk on the surface of the Moon is unattractive to begin with. The dust we come across on the moon's surface is an abrasive, sticky material and as you can imagine, unhealthy to breathe. These characteristics make the dust of the Moon a dangerous material and at the same time annoying both for the equipment and for the clothing and survival of potential astronauts: the dust sticks to everything. 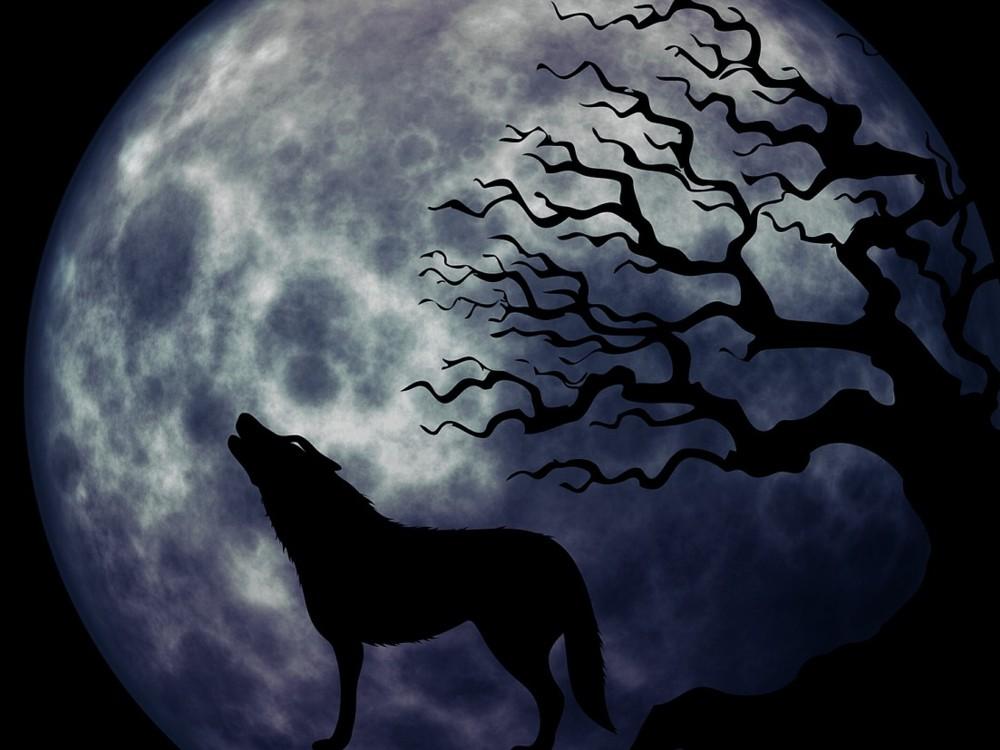 Popular belief about the Moon and madnes

There is a popular belief that when there is a full moon, human beings experience physiological changes that lead to a state of madness, a theory with no scientific basis whatsoever. A team of researchers from Laval University in Quebec (Canada) examined the relationship between lunar phases and the number of patients who come to the emergency department with psychological problems. They investigated panic attacks, anxiety disorders, mood disorders or suicidal thoughts against lunar calendars. The conclusion is that the full moon has nothing to do with our psychological alteration. Farewell to the myth. The Moon does not increase madness. 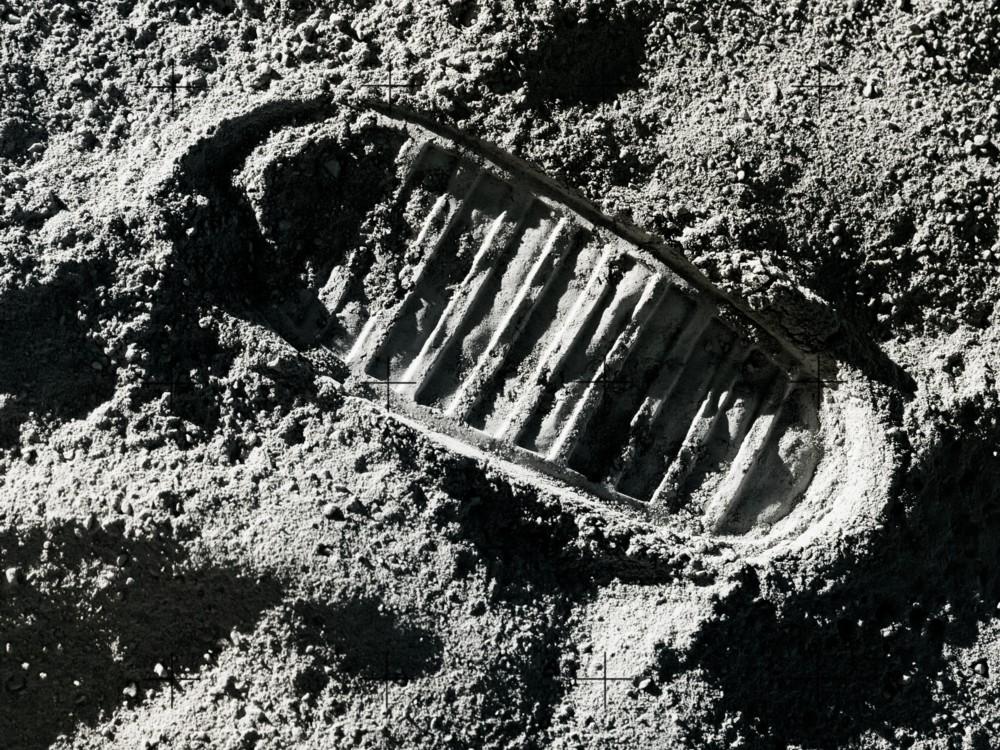 Dust particles levitate on the moon

The dust particles of the Moon levitate and, until now, we didn’t know why. According to a study published by NASA in 2017, the particular properties of moon dust combined with UV radiation, or with the Sun's plasma, would be responsible for these floating in the form of individual particles or dust clusters. The reaction of emission and re-absorption of electrons in the interior of 'microcavities' formed between the diverse particles, could generate great electric charges and intense forces of repulsion that would explain this peculiar phenomenon. 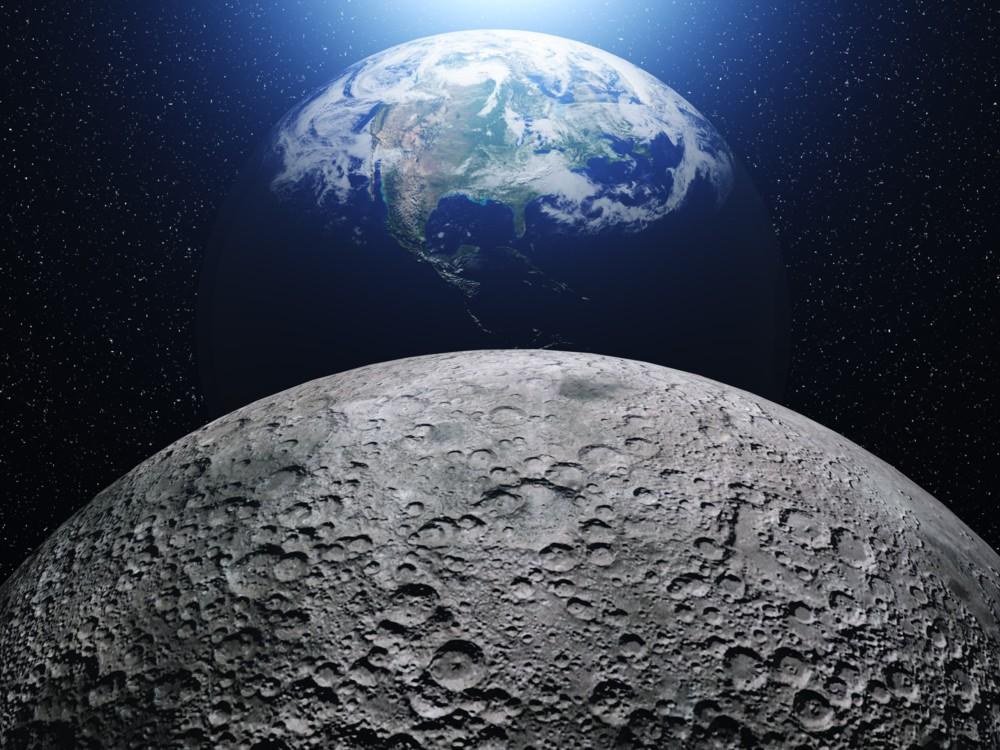 The Moon is moving away from the Earth

Our satellite is moving away from Earth at a rate of 3.8 cm per year. You may wonder how we have such accurate data? We have astronauts and a spacecraft that managed to reach the Moon in the past to thank for this, they left five reflectors on the surface which are able to transmit data back to earth. So, when you throw a laser pulse at these mirrors from Earth, it bounces back to us with the data. The accuracy is 1 millimeter. So, why is it moving away from Earth you may ask? Because it accelerates in its orbit, because of the effects it has on the terrestrial oceans. 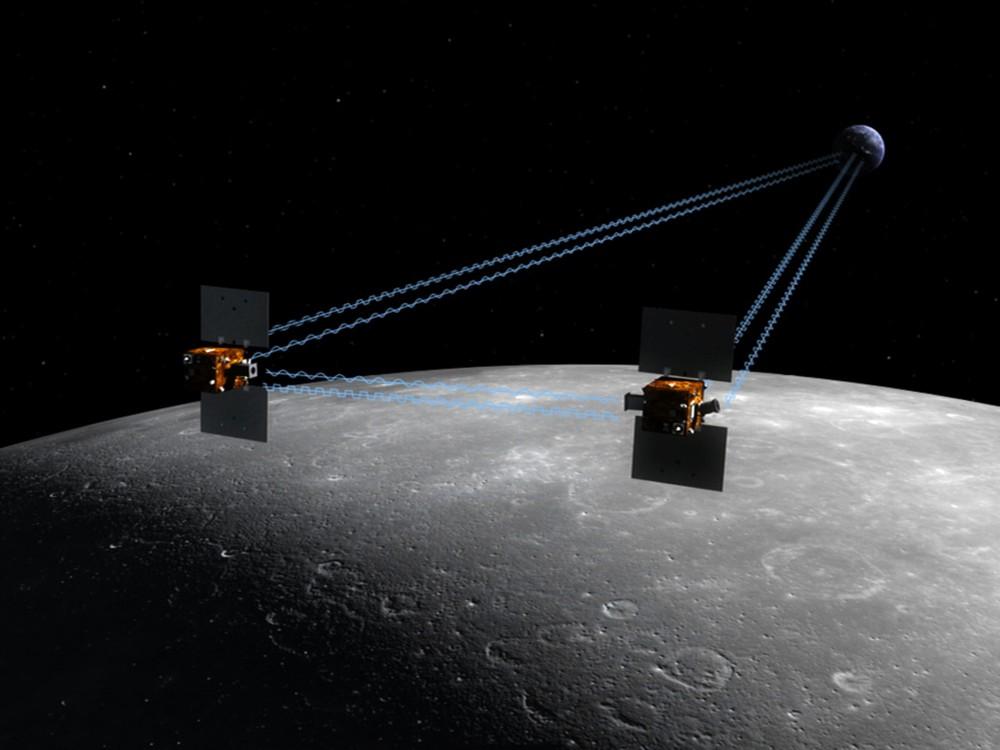 There are two ships on the Moon

NASA decided on December 17, 2012 to intentionally crash two space probes into the Moon. These were twin probes from the Gravity Recovery and Interior Laboratory (Grail) mission, intended to produce a gravity map of our satellite. Without more fuel to continue their scientific research, the probes ended up embedded against a mountain in the north pole of the Moon.

Why does the moon always show us the same side? 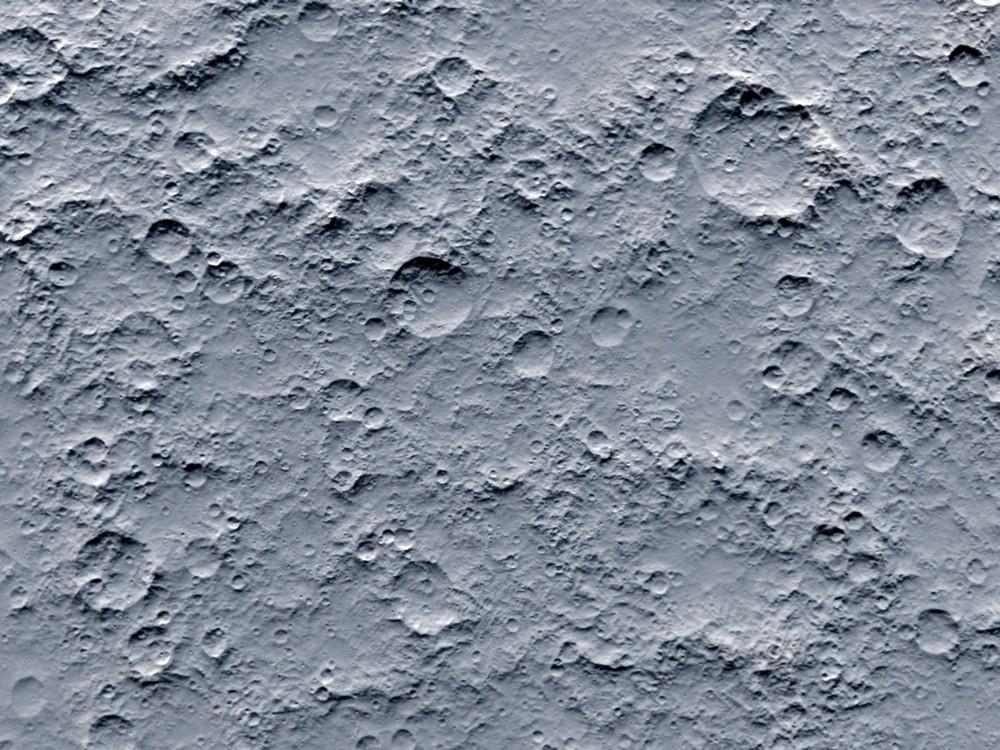 The Moon's core is likely to be very small, barely 1-2% of the satellite's mass and about 680 km wide. It is believed to be composed mainly of iron, but may also contain large amounts of sulphur and other elements. Its 1,330 km thick rock layer is made up of dense rocks rich in iron and magnesium. The upper crust is about 70 km deep and the outermost region is fractured and mixed because of all the large impacts the Moon has received.

Gravity of the Moon

The Moon is about 27% the size of the Earth and it just isn’t as massive as earth. Because of this the gravity on the moon is only 1/6 of that of the Earth, so if you decide to throw a rock on the moon, it will fall much more slowly. As an example, if you weigh 68 kilograms on Earth, you would weigh slightly more than 11 kgs on the Moon. Light, isn't it? 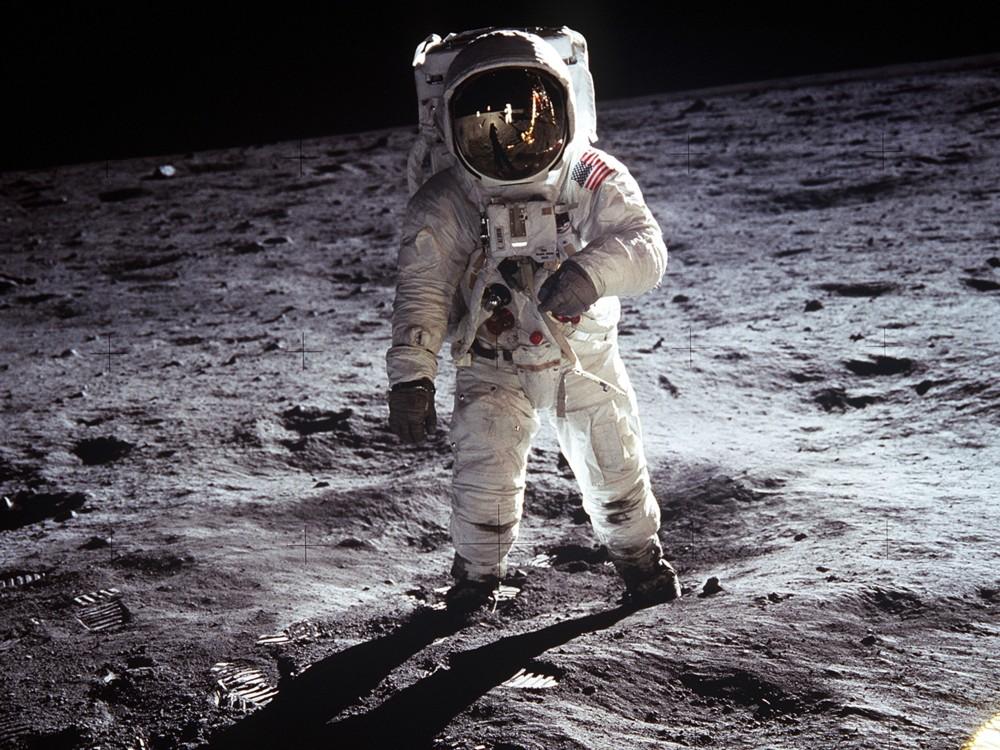 The Moon is not round

The moon is not round (nor spherical), but has the shape of an egg. If you look closely at our satellite, you will see that one of the small ends is pointing directly at you. The centre of the mass of the moon is not at the geometric centre of the satellite but about 2 kilometers out of the center. 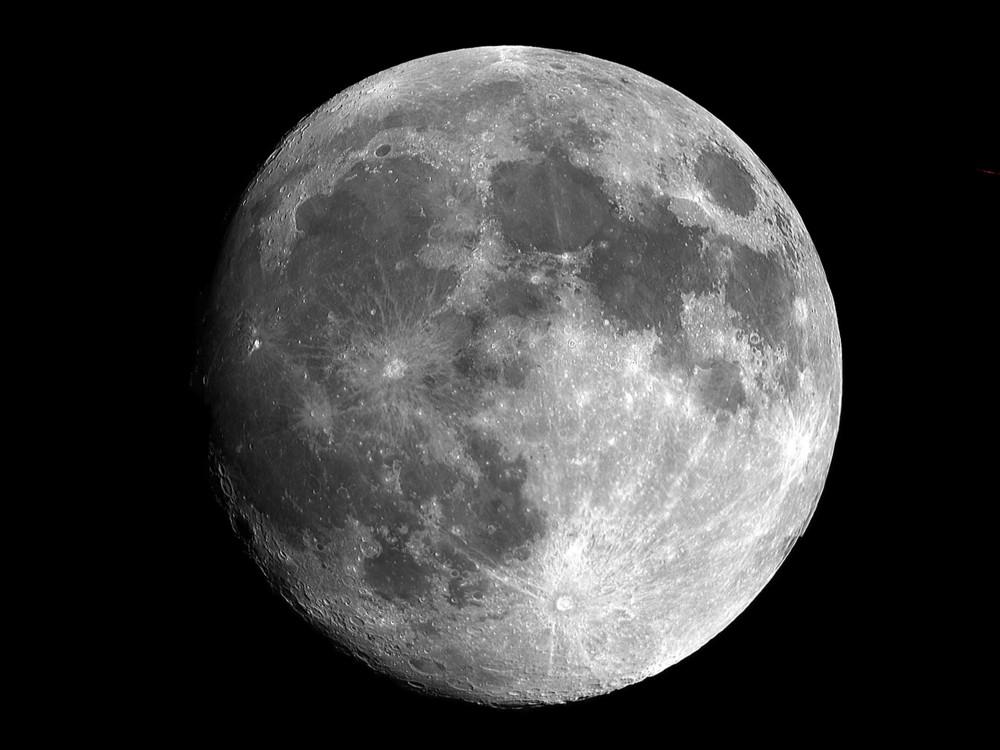 The moon has a very thin atmosphere, so a layer of dust or a footprint can remain undisturbed for centuries. And with this delicate atmosphere, heat is not kept close to the surface, so temperatures vary greatly. The daytime temperatures on the sunny side of the moon reach 134 ºC; on the dark side, we will have -153 ºC. 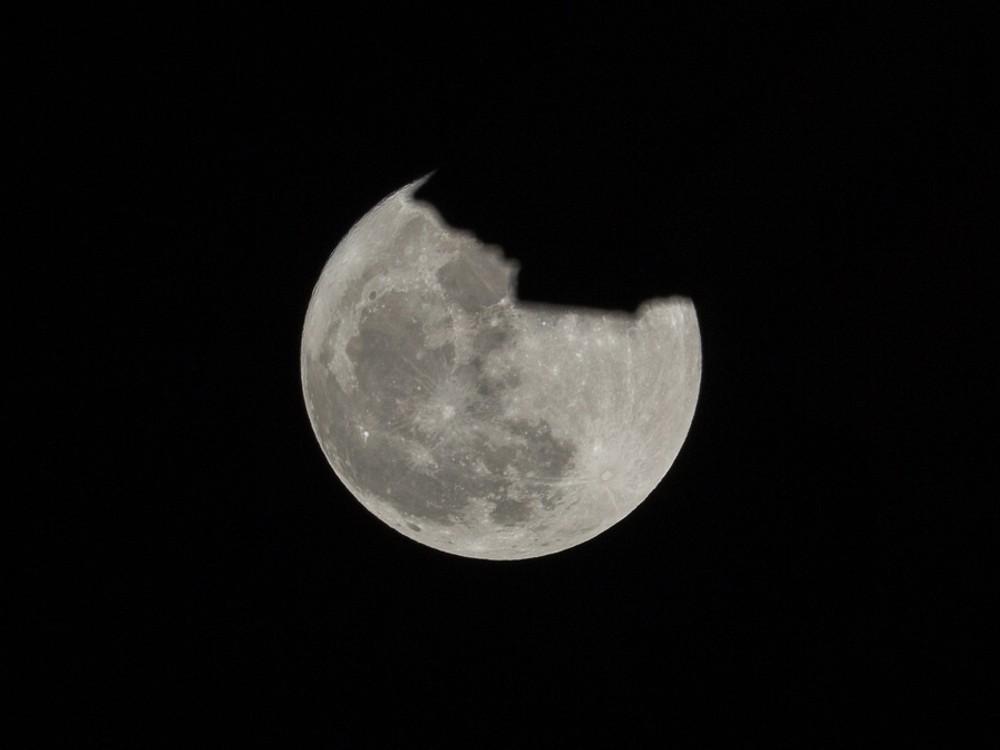 The moon's crater-filled surface is the result of the intense impact of space rocks in the past, between 4.1 billion and 3.8 billion years ago. These scars, the craters, have practically not eroded since then for two main reasons: the Moon is not geologically very active and, as previously mentioned, without atmosphere there is no wind or rain, so there is very little surface erosion.

During eclipses, the moon, the earth and the sun are lined up in a straight line, or almost. A lunar eclipse occurs when the Earth is directly or almost directly between the Sun and the Moon, and the Earth's shadow falls on the Moon. The next lunar eclipses will be: January 31, 2018, which we can enjoy a fantastic total lunar eclipse and July 27, 2018. 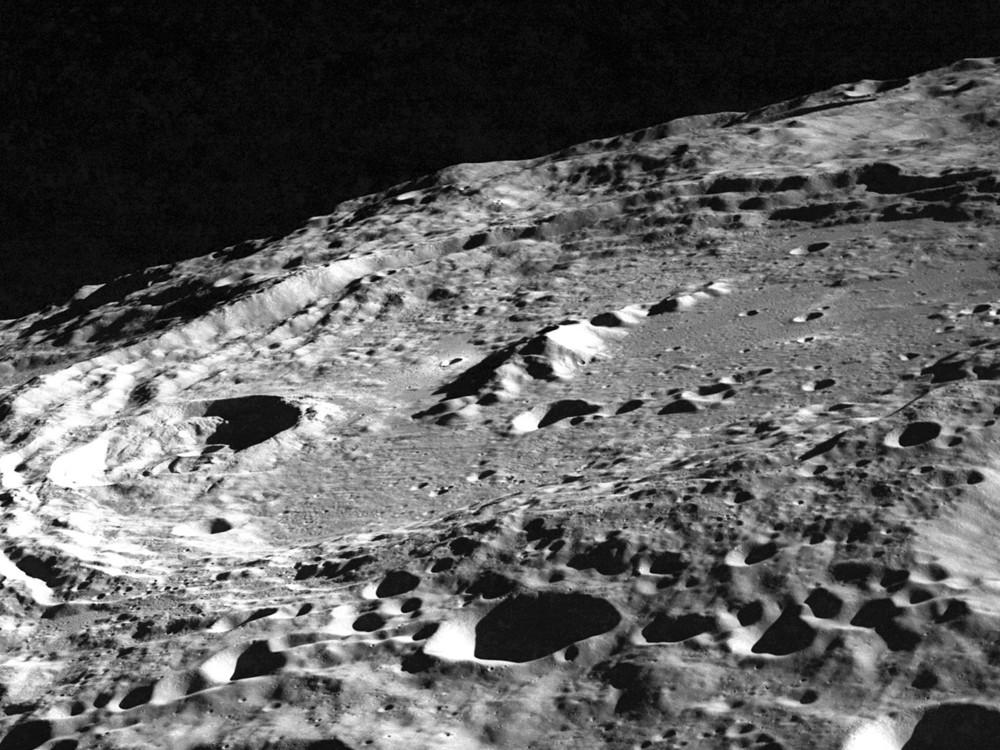 More than 400 trees on Earth came from the Moon. How is that possible? In 1971, the astronaut of Apollo 14 (the eighth manned mission of the Apollo program) Stuart Roosa took a large amount of seeds with him, and while experts Alan Shepard and Edgar Mitchell were busy walking on the surface, Roosa saved his seeds. Later, these seeds returned to Earth and germinated, being planted in various locations throughout the United States (as part of the celebrations for the Bicentennial of the Independence of the United States), hence they came to be called 'the trees of the moon'. Most of them grow strong and healthy. The seeds were provided by the U.S. Forest Service and the trip to the Moon did not cause any change in the seeds. 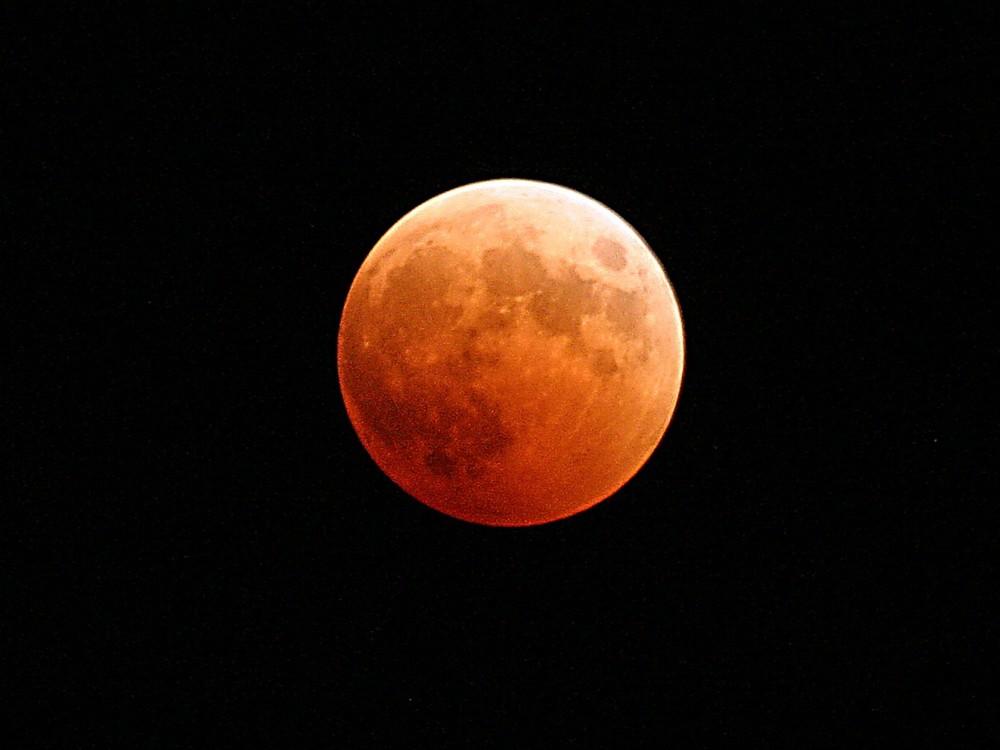 Our Moon has no other moons of its own. What we do notice is a bright halo of whitish or milky white that sometimes surrounds the Moon. Why is it produced? Because of the refraction of the Moon's light that passes through a thin layer of ice crystals at the top of the atmosphere. 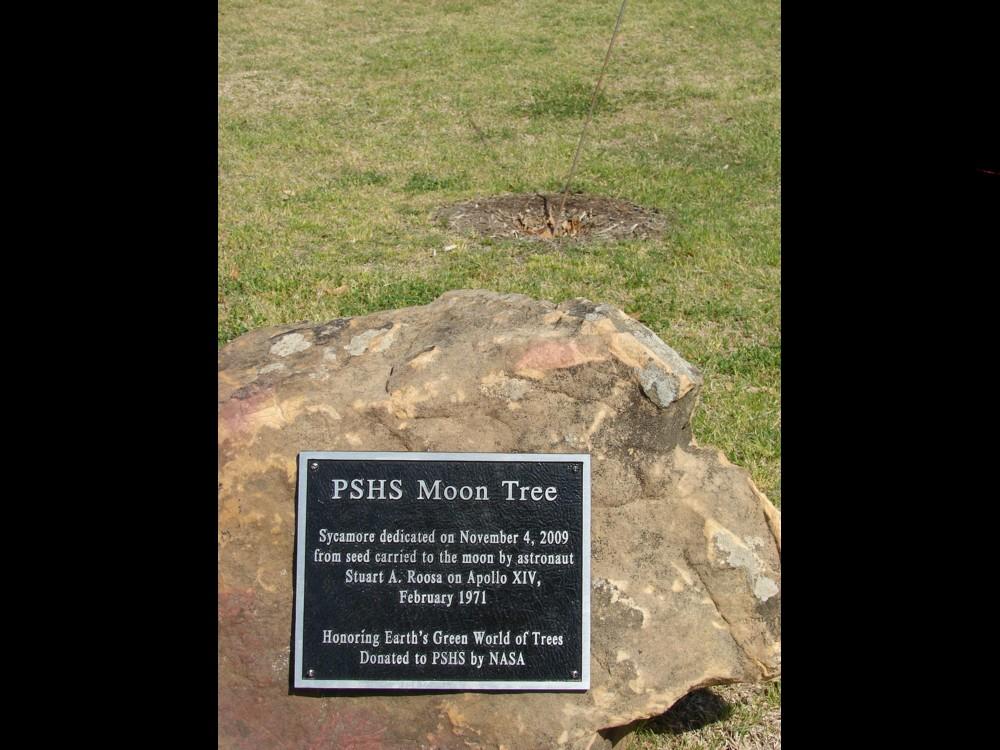 How many people have stepped on the surface of the Moon?

Only 12 people have walked on the surface of the Moon. The first of these was Neil Armstrong in 1969 as part of the Apollo 11 mission and the last was Eugene Cernan in 1972 on the Apollo 17 mission (Cernan died on January 16, 2017). A total of 12 American men have set foot on the Moon. Since 1972, all lunar missions have been unmanned spacecraft.