Probably the most prodigious mind of the 21st century, at least so far. Stephen Hawking was a theoretical physicist, cosmologist and British science communicator who changed the way we understand the universe today.

Not only did his extensive research leave an indelible mark on the history of science, but his personal situation has turned him into an example of improvement: at the age of 22 he was diagnosed with amyotrophic lateral sclerosis (ALS), which caused his mobility to be limited to a short portion of his body over the years.

But not so its intellectual brilliance, since it managed to become one of the most prolific scientists in history.

His main contribution to science lies in the so-called 'theory of everything', words that give name, by the way, to his biographical film released in 2014. That is, he was the first scientist to attempt to unify Einstein’s Theory of General Relativity with the laws of Quantum Physics.

The laws that govern the cosmos are not the same that scientists observe in the infinitesimal world of small particles such as electrons, protons and neutrons. The reconciliation of the two is one of the greatest mysteries of modern science.

Although there are more equations that try to respond to this challenge, Hawking elaborated the main and most pioneering one: the formula of the temperature of a black hole. According to this theory, black holes, in fact, are not entirely 'black', but they emit radiation: the so-called Hawking radiation.

In addition, other conjectures of the functioning of the universe elaborated by Hawking in his long years of research are the theory of imaginary time, and that which postulates that the universe has no limits as such, so the same time originated in the Big Bang itself.

Stephen Hawking stood out from his childhood for his brilliance. So much so that he presented his doctoral thesis at the age of just 24. The thesis, called 'Properties of Expanding Universes', has been public since 2017 and is available for consultation at the University of Cambridge.

If his illness did not prevent him from developing as one of the most remembered scientists in history, it did not limit him in his emotional development. He married twice, 1965 and 1995, and had three children.

During the last years of his life, the cosmologist did not fail to publish and give lectures, as a great reference in the current study of the universe, and also of the future of humanity as a species.

In one of his last public interventions, he warned that humans will have to leave the Earth to survive as a species. He also made important reflections about life on other planets and the possibility of intelligent life elsewhere in the cosmos, whose opinion was heard and valued by the highest personalities of the world of science until its last days.

Stephen Hawking dreamed of traveling into space, although he only managed to recreate the zero-gravity experience when he was 65. After his death, aquatic science is left without one of his main figures. In this gallery, we review the most important events of his life, as well as his most important contributions to humanity. 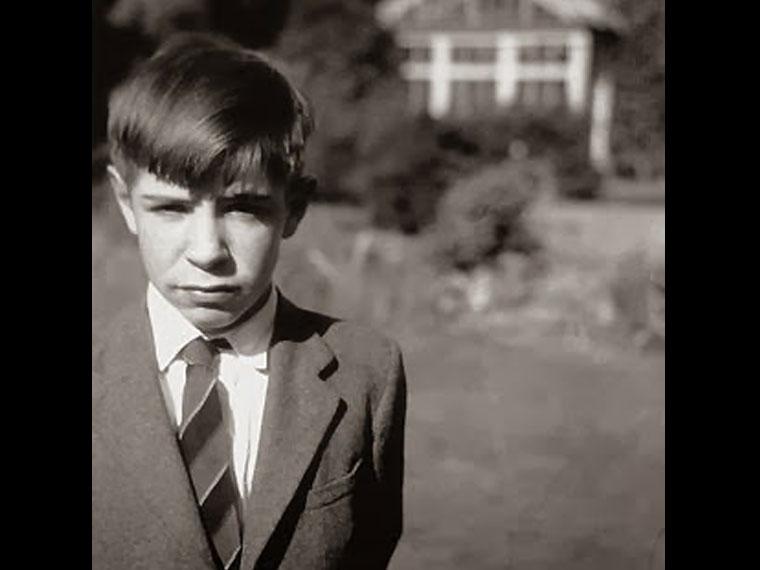 Professor Stephen William Hawking was born on January 8, 1942, exactly 300 years after the death of Galileo, in Oxford, England. Hawking went to school in St. Albans and then to University College in Oxford. 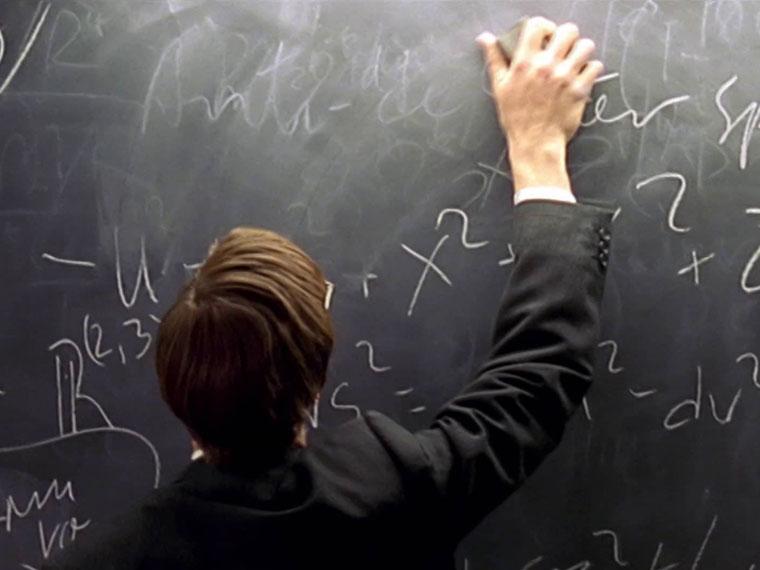 Hawking wanted to study mathematics, but they were not available at University College, so he studied physics instead. After three years and not much work, he earned a first-class honors degree in natural sciences.

In October 1962 he arrived at the Department of Applied Mathematics and Theoretical Physics at the University of Cambridge to do research in cosmology, as there was no one working in that area at Oxford at that time.

Image: Screenshot from the movie The Theory of Everything/Universal Pictures. 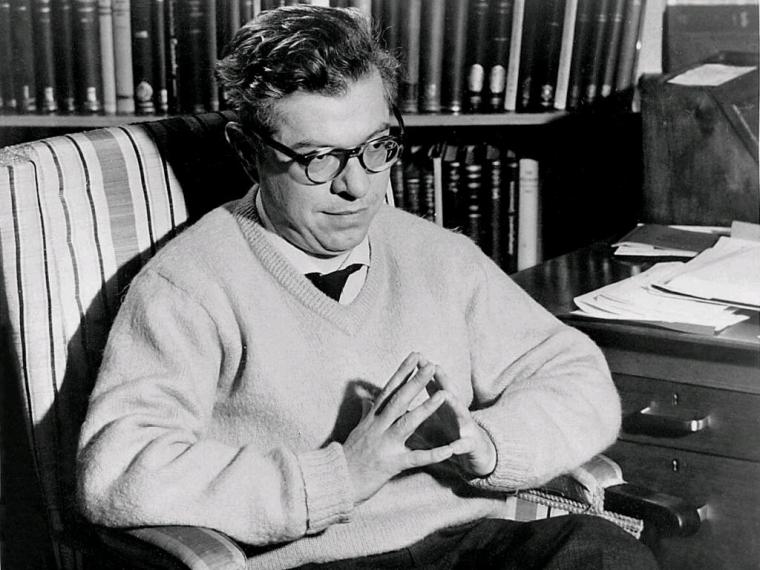 For his doctorate, he hoped to get Fred Hoyle as supervisor, who worked at Cambridge, but he did not succeed, given that the famous astronomer had too many requests.

A fortunate fact, given that his theory of steady state would be rejected years later. It postulated that the decrease in density of the universe is compensated by a constant creation of matter. 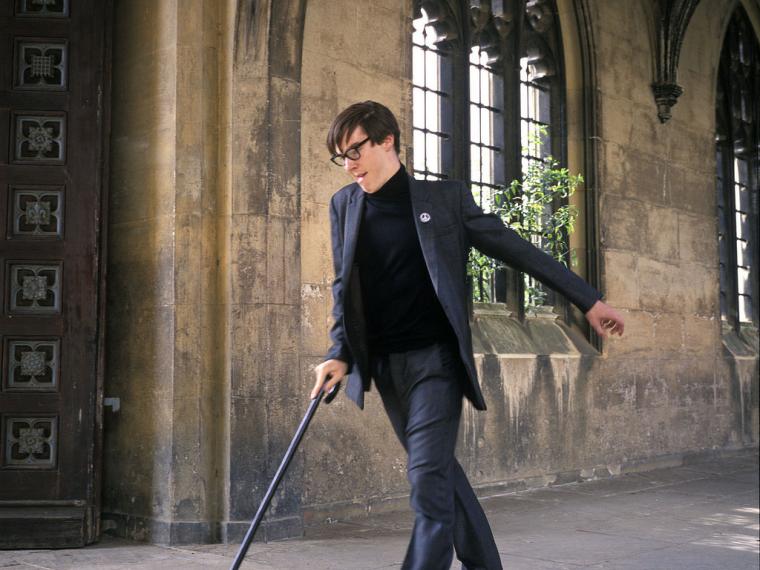 Diagnosis of his disease

In 1963, he slipped and fell during a skating session and had mobility difficulties. He was immediately diagnosed with amyotrophic lateral sclerosis (ALS), when he was barely 22 years old. A disease that gradually limited his mobility.

Image: Screenshot from the movie The Theory of Everything/Universal Pictures. 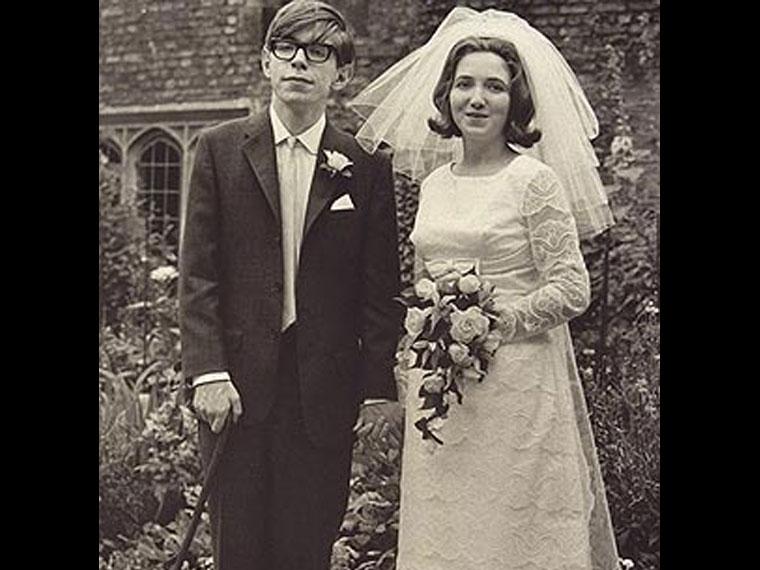 In 1965, while pursuing his doctorate, he married Jane Wayline, with whom he had three children. He later divorced to marry Elaine Mason, the nurse who cared for him, for the second time in 1995. 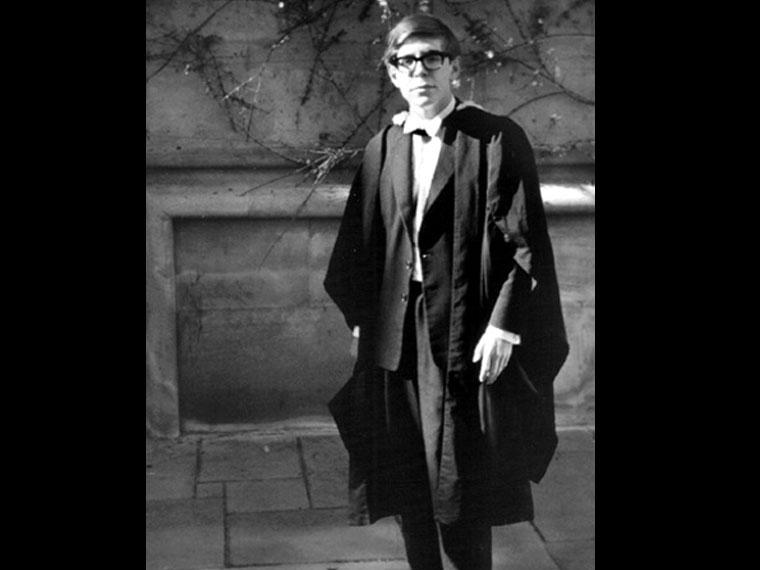 Finally Hawking obtained his doctorate with his thesis, entitled "Properties of Expanding Universes", which he presented at Trinity College at the age of 24. 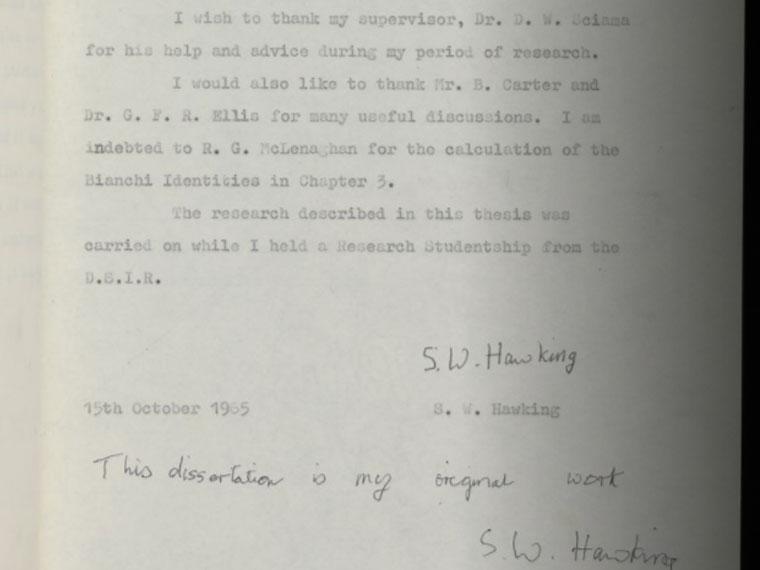 His thesis, in the public domain

The 119-page document was released in October 2017, and is freely available here. 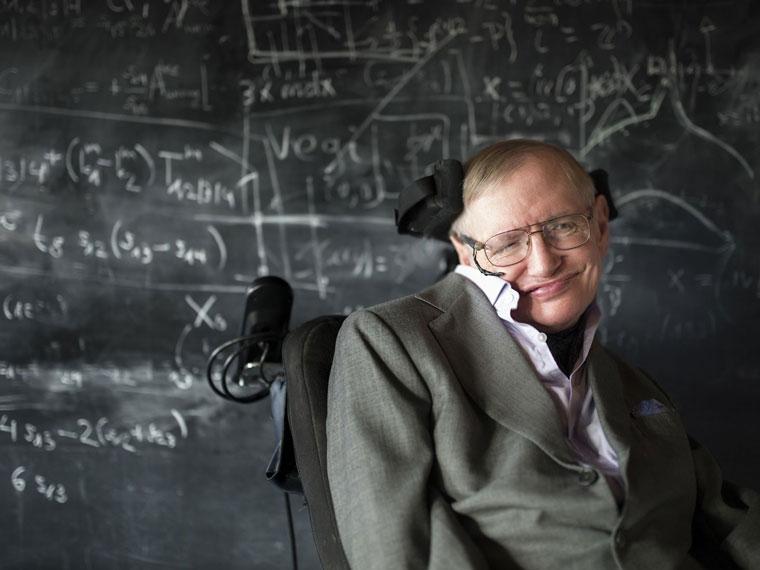 He has received numerous awards, medals and prizes, including the Fundamental Physics Award (2013), the Copley Medal (2006) and the Wolf Foundation Award (1988). He was a member of the Royal Society and a member of the National Academy of Sciences of the United States and the Pontifical Academy of Sciences. In 1966 he won the Adams Prize for his essay Singularities and the Geometry of Space-time. 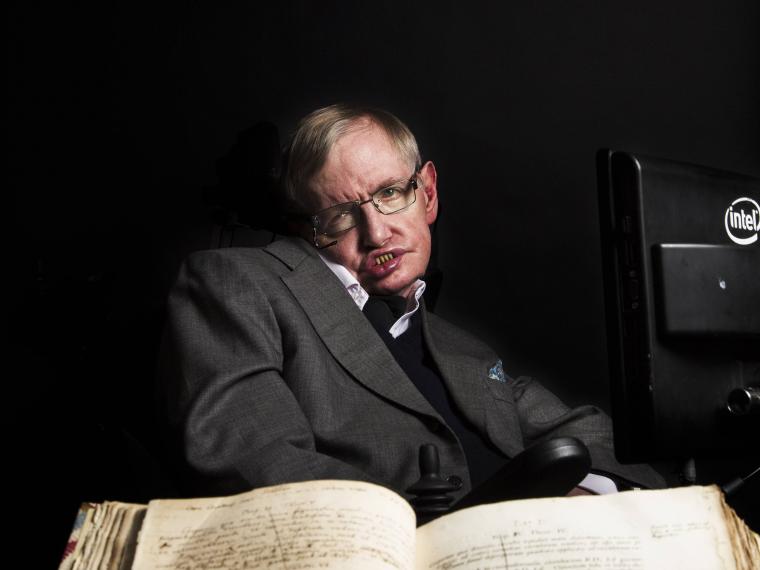 Stephen Hawking was not only a prodigious researcher, but also an excellent divulgador. He published his first book, The Great Scale of the Space-Time Structure, in 1973 with G. F. R. Ellis. Also, among his many publications, stand out General Relativity: A Survey of the Centenary of Einstein, with W. Israel, and 300 years of gravitation, with W Israel.

Among the popular books that Stephen Hawking has published his bestseller A Brief History of Time, Black Holes and Baby Universes and Other Essays, The Universe in a Nutshell, The Grand Design and My Brief History. 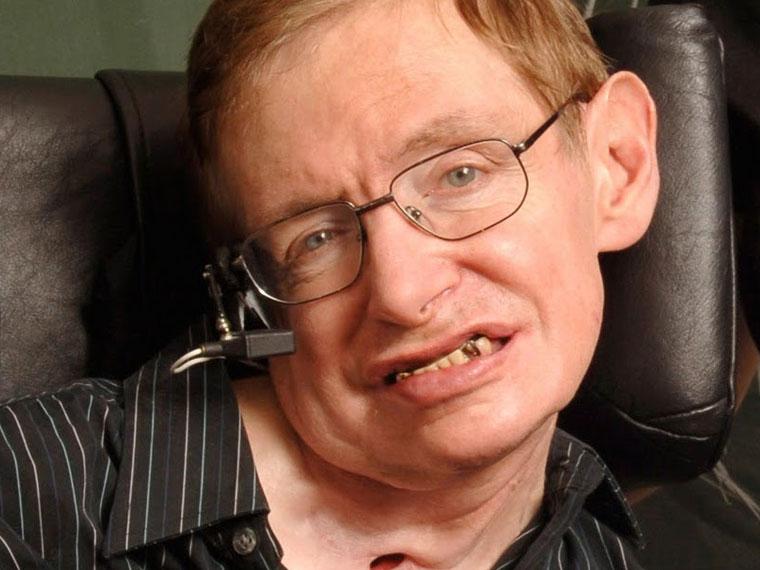 Physical, but not intellectual limitations

Gradually, immobility moved from his limbs to his entire body, forcing him to rely on a chair. But his physical limitations never prevented him from becoming a brilliant and prolific scientist.

In 1985, he suffered from pneumonia, which forced the doctors who treated him to give him a tracheotomy. This delicate intervention caused him to lose his voice for good. 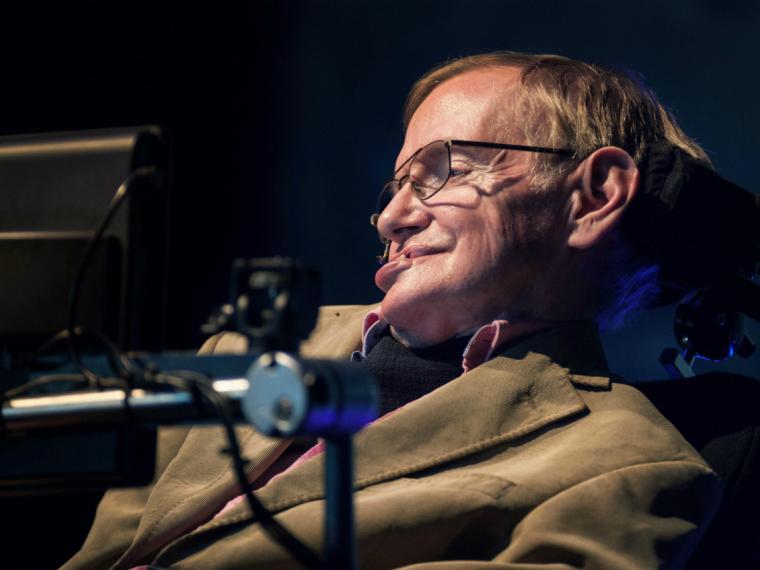 Since 1997 his communication system has relied on a computer. It is a tablet installed on the arm of your wheelchair that works with the batteries of the chair itself, although the internal battery of the tablets could keep it running if necessary. This sophisticated system was provided by Intel Corporation. 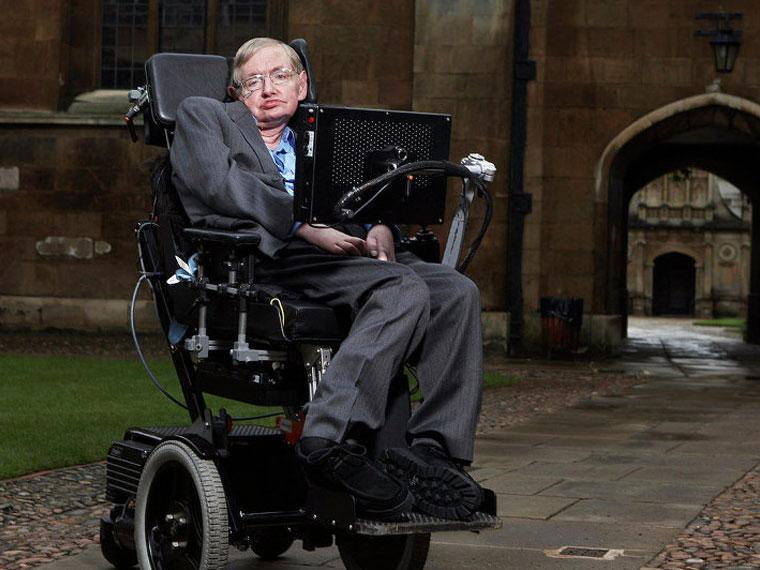 The first to try to elaborate a 'theory of everything'

Professor Stephen Hawking had researched his whole life the basic laws governing the universe. In fact, he was the first to elaborate an equation to try to unify general relativity and quantum physics, a 'theory of everything'. 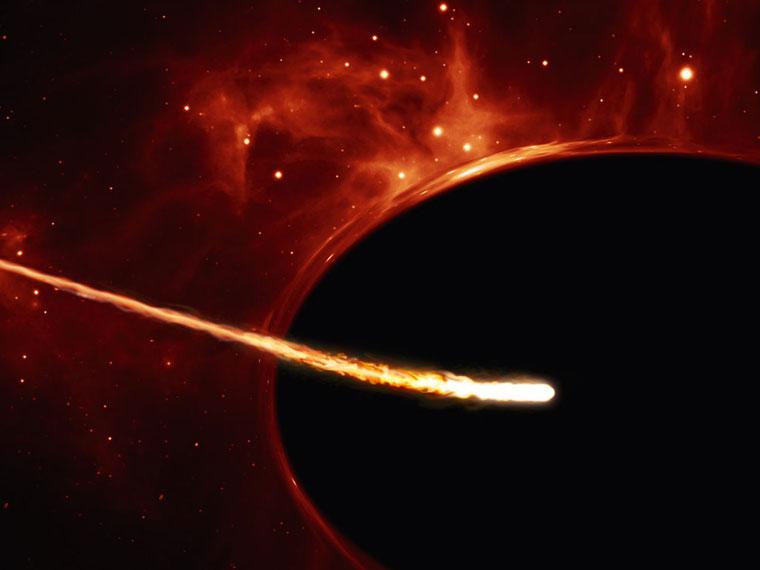 The radiation of Hawking

This equation is called the temperature formula of a black hole. His idea is that a black hole is not really such, but it emits radiation, the so-called 'Hawking radiation'.

In addition, Stephen Hawking had worked on a possible resolution of the black hole information paradox, that is, that physical information can disappear permanently inside a black hole. 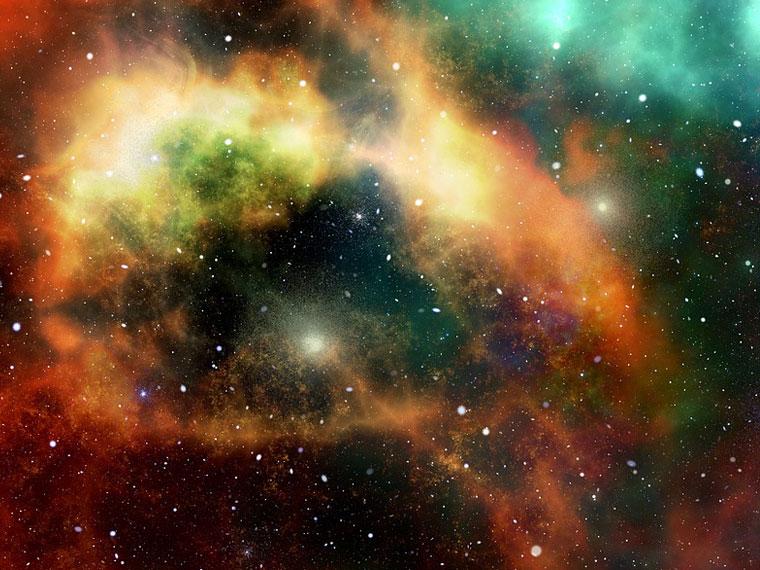 The theory of imaginary time

Hawking also established the conjecture that the universe has no limit on imaginary time.

In addition, in 1970, together with Roger Penrose, he demonstrated that Einstein’s General Theory of Relativity implied that space and time would have a beginning in the Big Bang and an end in black holes. These results indicated that it was necessary to unify general relativity with quantum theory: that is, to find a 'theory of the whole'.

Time began in the Big Bang

Hawking’s latest revelation to the world was offered in an interview with popular astrophysicist Neil deGrasse Tyson on the latest Star Talk show on the National Geographic Channel.

To the question "What was there before there was anything?" , the British physicist replied: "The boundary condition of the universe is... that it has no boundary. That is, that time began in the Big Bang.

One of Stephen Hawking’s great hopes was to travel into space. When he was 65, he experienced zero gravity on a Zero Gravity Boeing 727. It was one of the most memorable moments for the cosmologist. 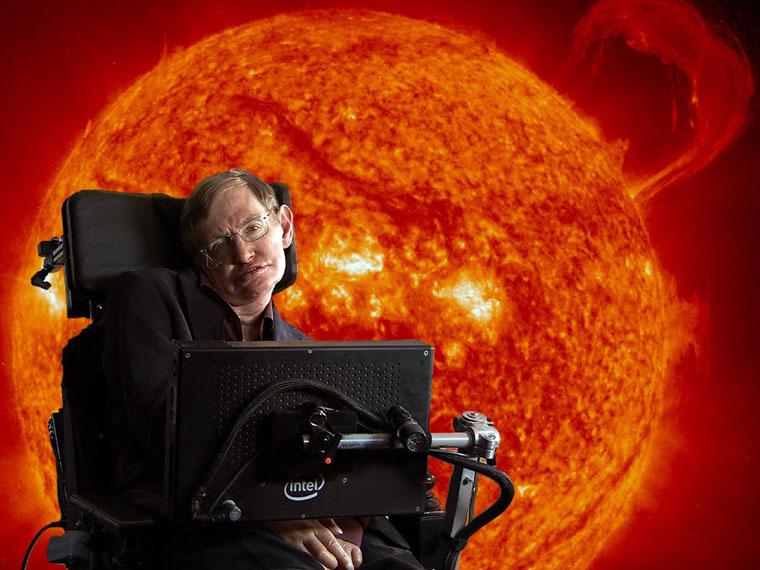 The last warning from Hawking

In one of his last public statements, Hawking provided an apocalyptic vision of the future of the human being. In the summer of 2017, during the scientific festival Starmus, in Norway, issued the following warning: «We will have no future if we do not colonize space» And he argued that the human species will have to leave Earth to ensure its continuity.

Hawking, considered the most important theoretical physicists of our time, died early on March 14, 2018 at his home in Cambridge. 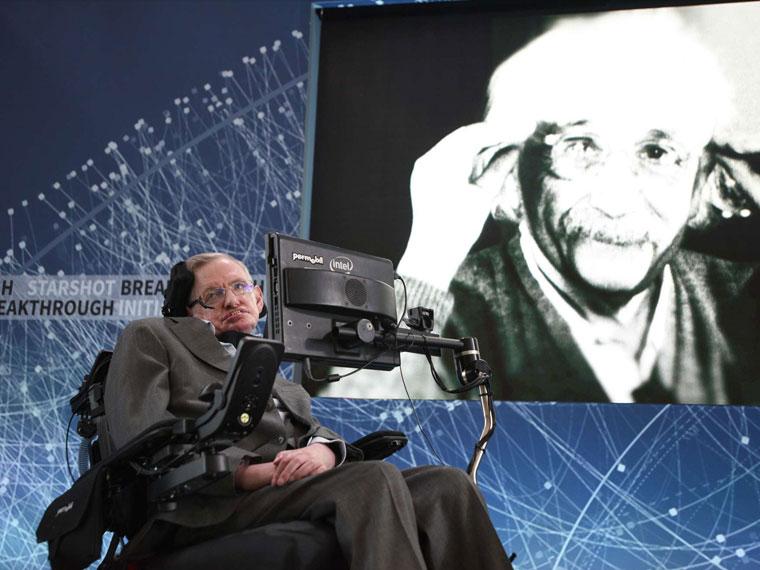 Oddly enough, his death occurred on the very day of the birth of Albert Einstein, the only scientist in history who will be able to compete with him in relevance. 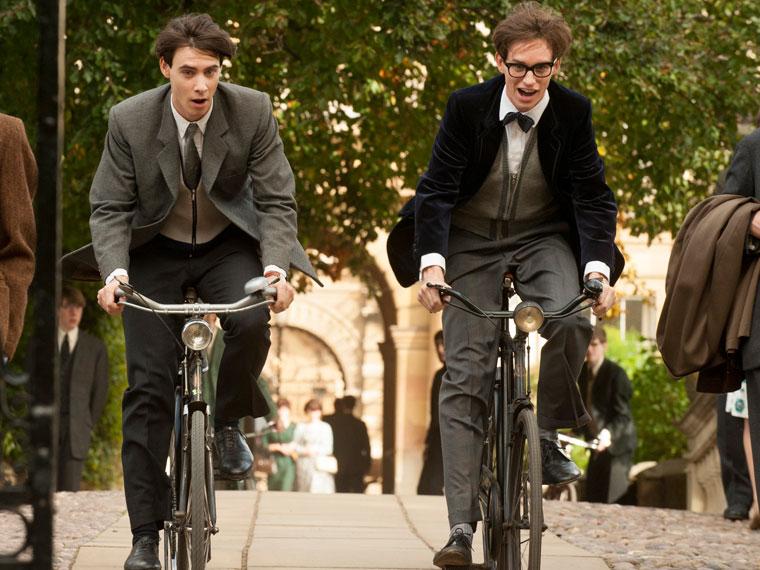 The Theory of Everything was released in the United States on November 7, 2014. It starred Eddie Redmayne as Professor Hawking and Felicity Jones as Jane Hawking. 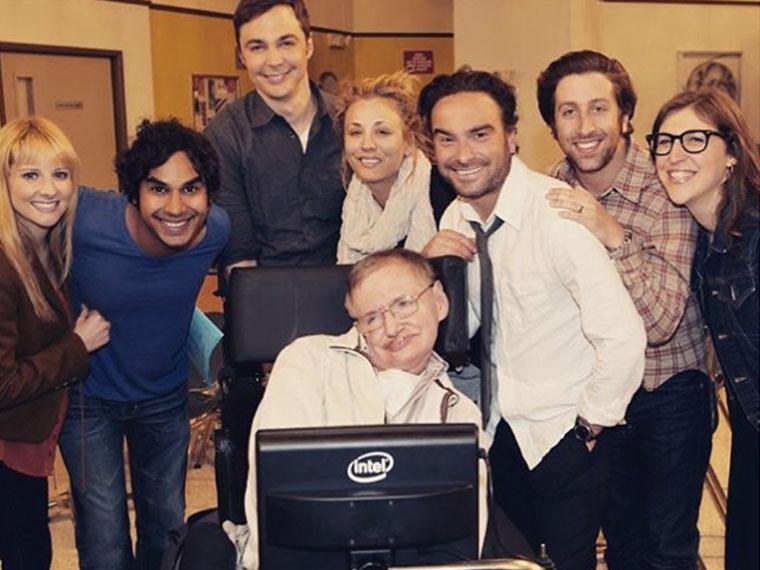 Hawking acted as a guest star in several television series such as Star Trek, The Simpsons, and The Big Bang Theory. On the date of his death, the star Johnny Galecki published this photograph on his Instagram account, in homage to the astrophysicist, with the following words:

Not only will everyone miss you for your brilliance, but also for your sense of humor. "Life would be tragic if it weren’t funny". Stephen Hawking.

Robots' biggest challenges for the future

The best routes to do by car in Spain