Winners of the underwater photography contest of the year.

Every year, thousands of underwater photographers from every corner of the world participate in the Underwater Photographer of the Year contest. Pictures of a fabulous range of wildlife, underwater environment and archaeological findings are just some of the 5,500 images that competed for the final prize.

German photographer Tobias Friedrich received the award in 2018 for his impressive image "Cycle War", while one year later the British Richard Barnden won the final prize thanks to his captivating image titled "The Gauntlet" (The glove).

This year the Best Underwater Photographer of the Year award went to Greg Lecoeur for his image of crab seals in Antarctica.

Judge Peter Rowlands described Lecoeur’s image as: “A deserved and unanimous winner which combines photographic beauty, composition, exquisite light and delicate colours. Perfect poses from the seals make this a celebration of natural life and a most enduring image.”

The contest, which has been held since 1965, has a series of 13 underwater photography categories that include: Wide angle, Macro, Wrecks, Behaviour, Portrait, Black and white, Compact or Wide angle.

Below you can see the winning images of this year's contest. 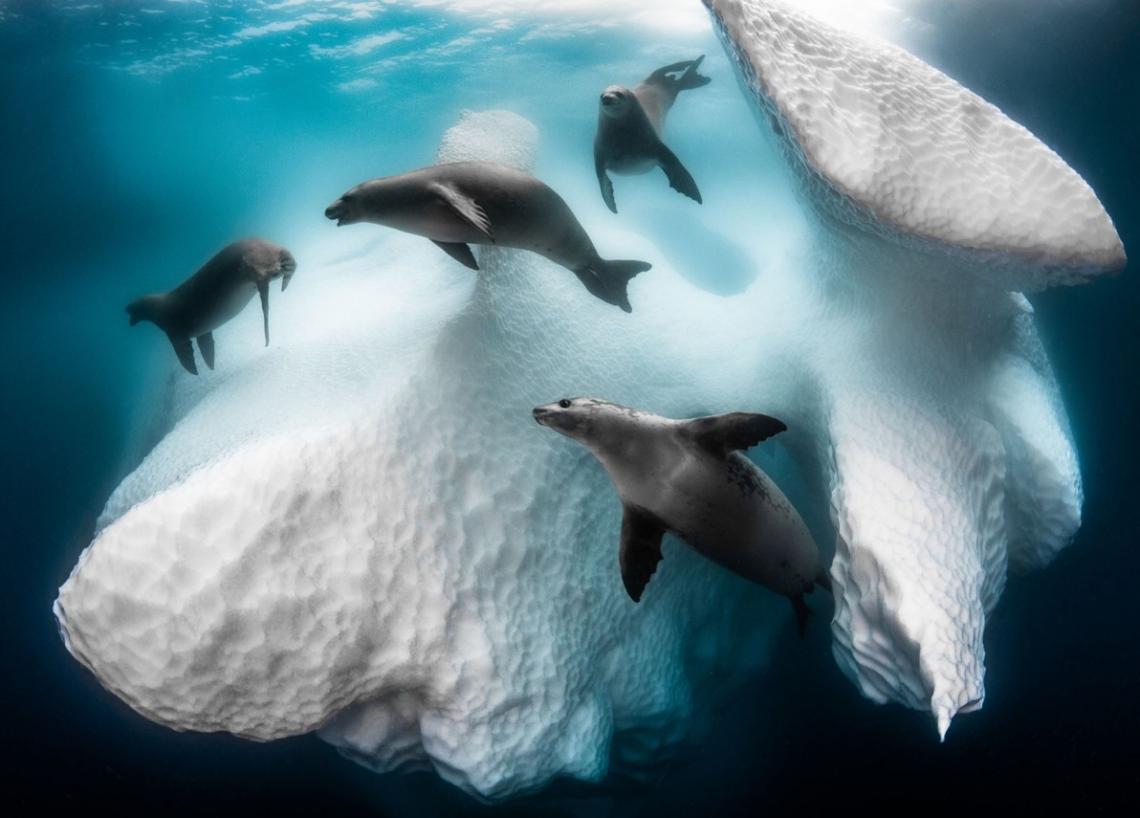 The winning image of the year was taken during an expedition to the Antarctic Peninsula and it explores the "hidden face" of the icebergs and their inhabitants, the crab seals, in an "ethereal landscape." 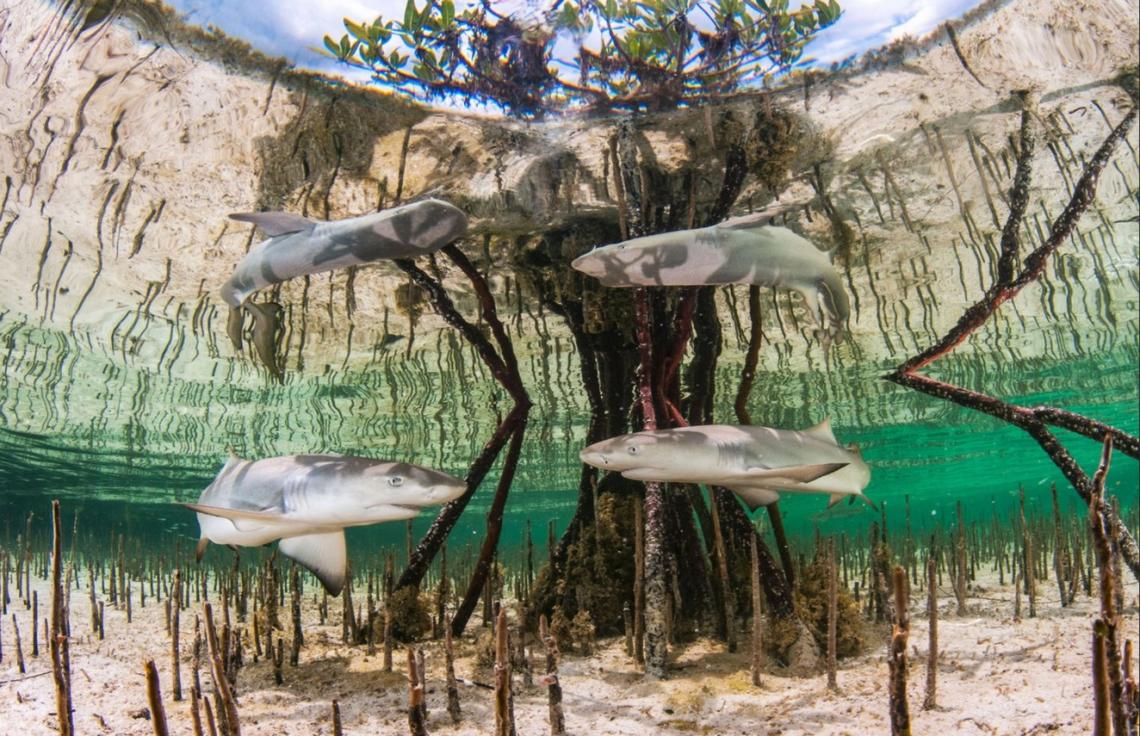 Anita Kainrath was named the promising underwater photographer of the year 2020 for her image of a lemon shark nursery in the Bahamas. Lemon shark pups spend the first five or eight years of their lives in the mangroves, an essential habitat that remains largely unprotected. 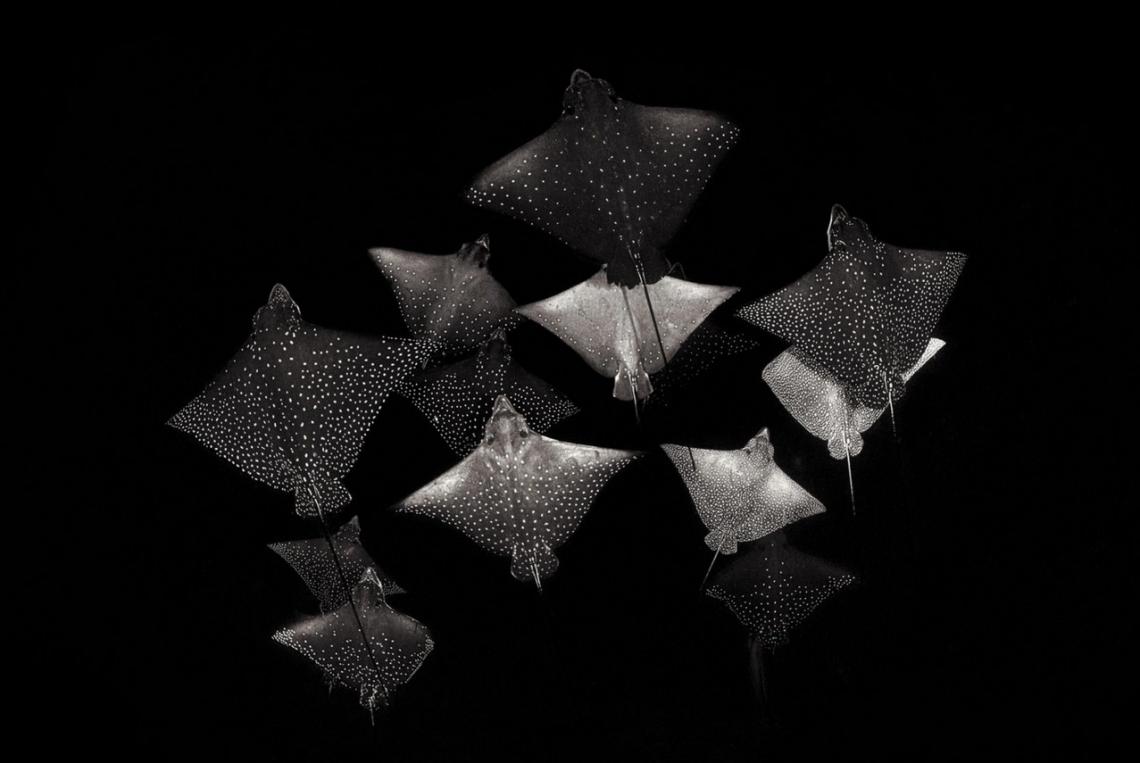 A school of unique eagle rays which passed beneath the photographer, Henley Spiers, in an unforgettable dive in the Maldives. “Like most divers, I have always found these rays to be especially spellbinding, but also highly elusive! This school passed beneath me towards the end of our dive and it was one of those rare moments of huge admiration, as well as immense inspiration,” he wrote. 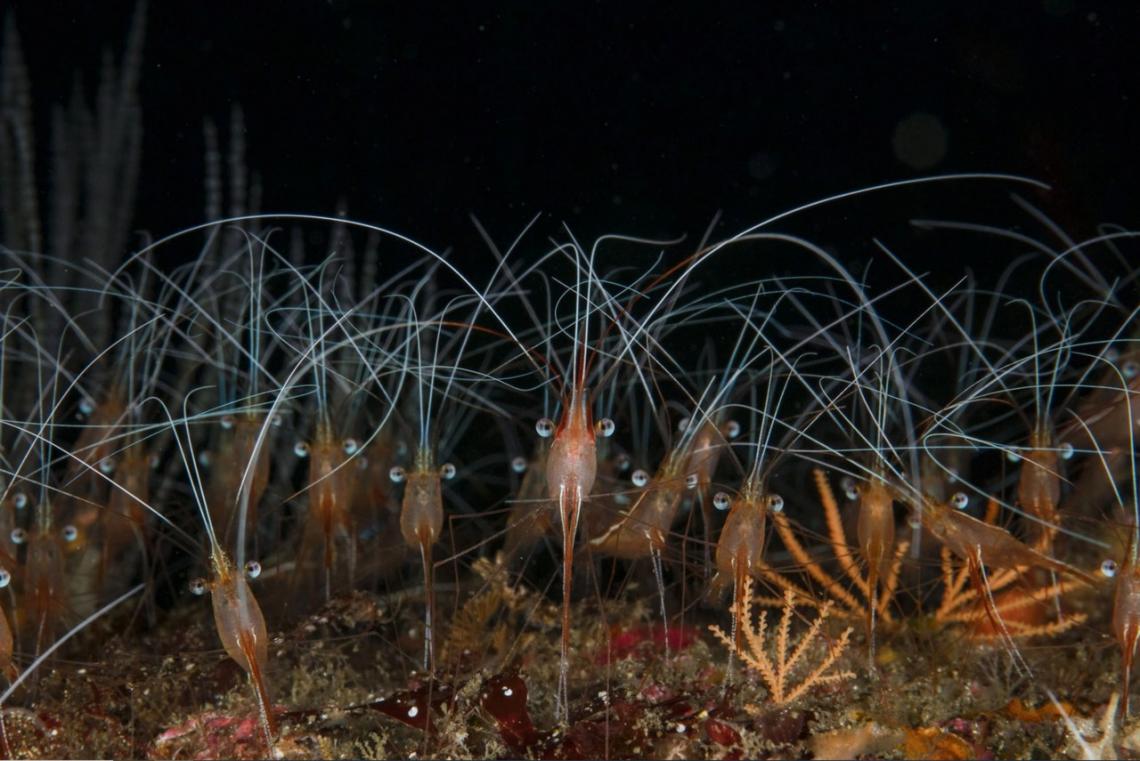 The unicorn shrimps live about 200 to 300 metres deep, but they rise to about 40 metres due to their reproductive behaviour. There are tens of thousands of shrimps, but there are not many suitable places to photograph them. 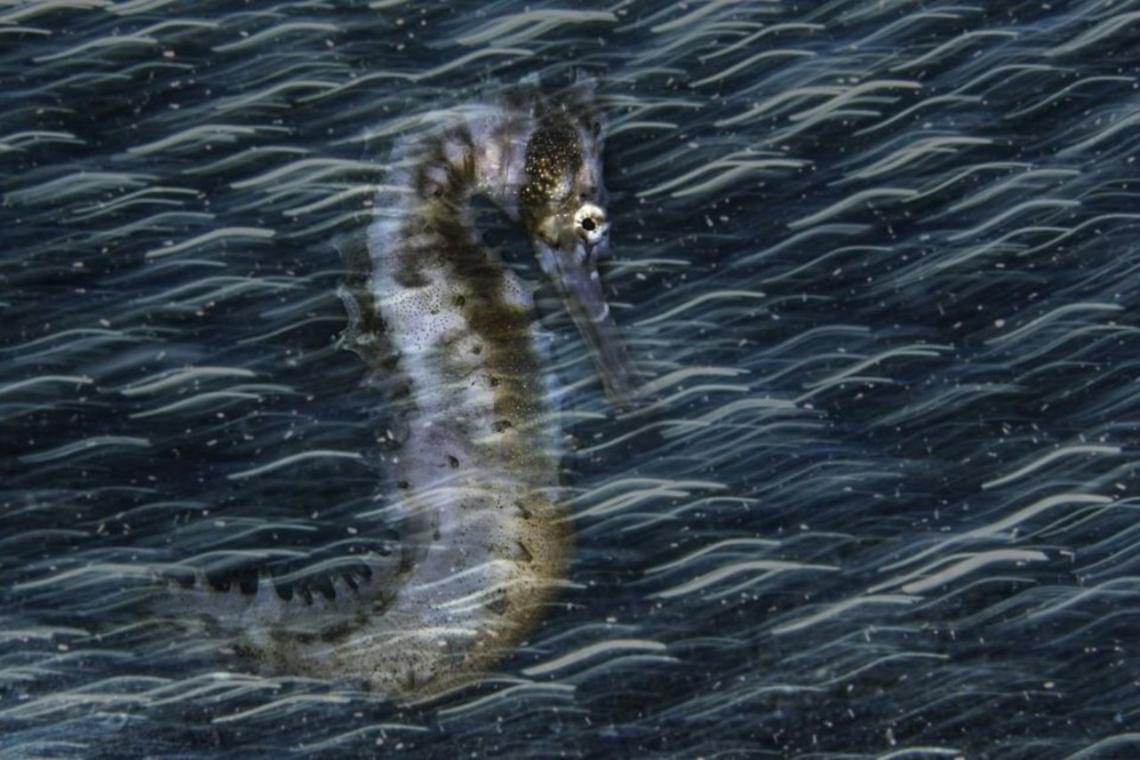 Commotion in the Ocean

“This image shows my very favourite of the species, the thorny seahorse. Over time, I have tried many different techniques, with varying degrees of success, including backlighting, side lighting, snooting, panning, double exposure and silhouette shots. I love experimenting even if this comes at the expense of a wasted dive,” explains Nur Tucker. “On this particular dive, in Dumaguete (Philippines), I was keen to aim for something different and potentially offbeat.” 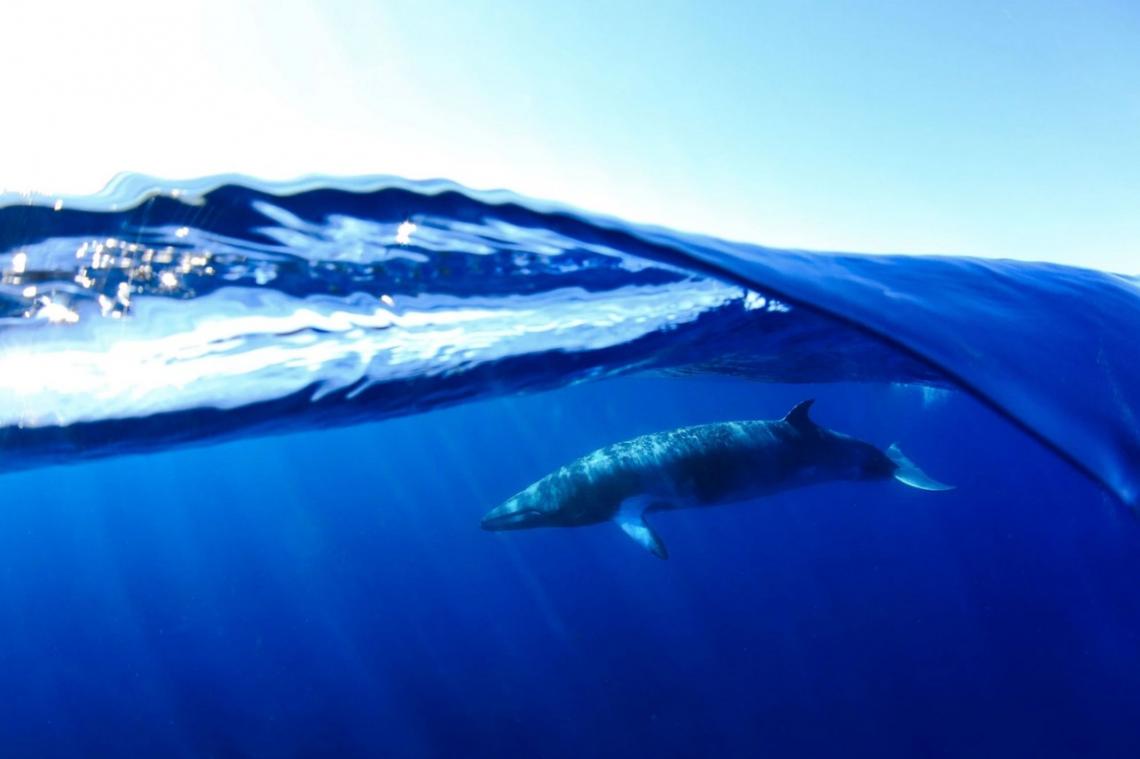 “While working for a season on the Ningaloo Reef, Western Australia, I had the privilege of photographing heaps of marine life,” says the photographer Ines Goovaerts. 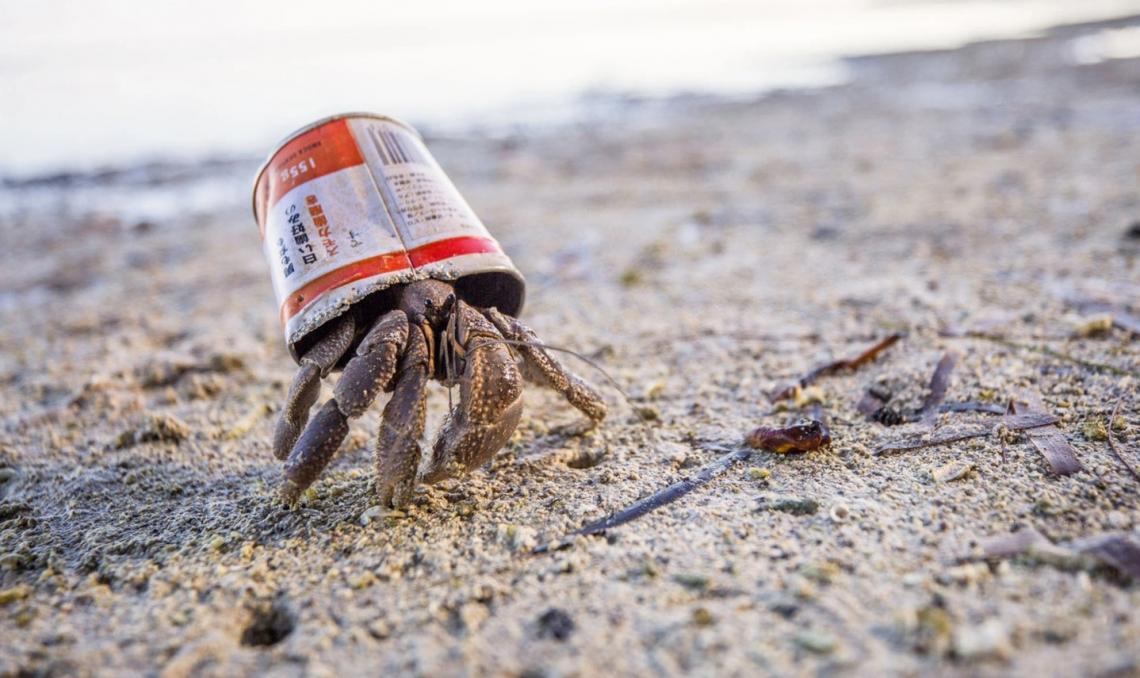 Photographer Shane Keena discovered a hermit crab which used a metal can as its home on the island of Peleliu in Micronesia. “The unfortunate reality is that human impact is found everywhere... even on the tiniest and remote of islands amongst the smallest of critters,” notes the artist Shane Keena. 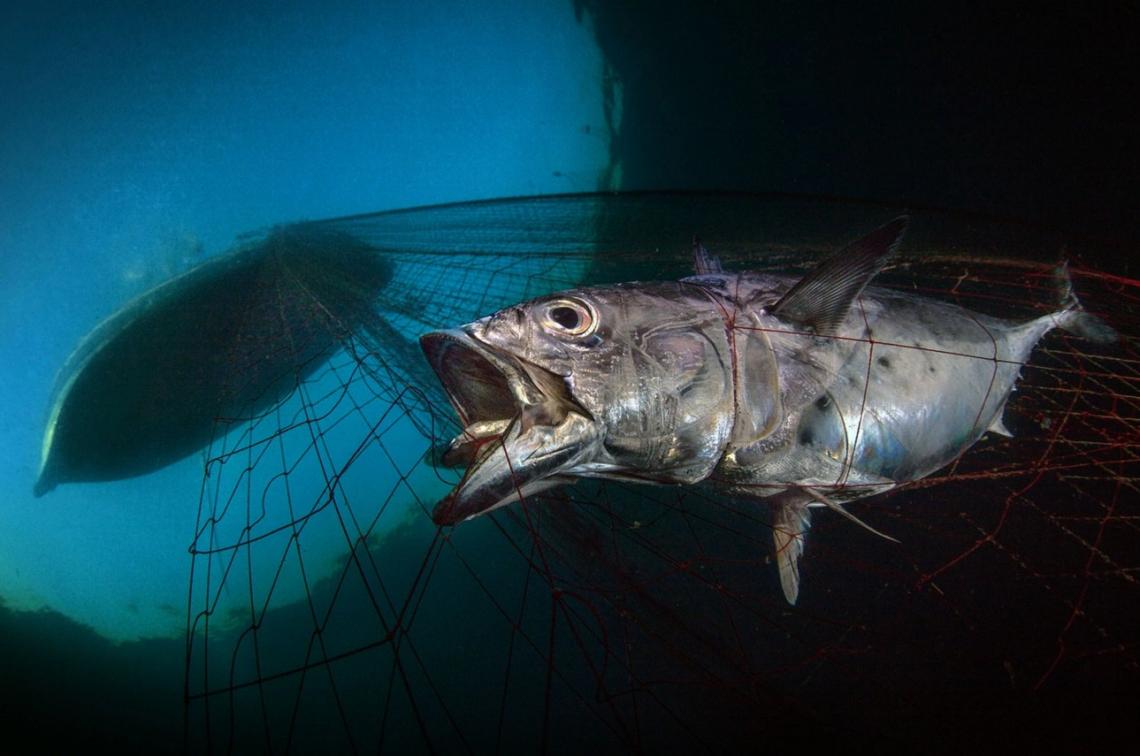 Marine conservation photographer of the year 2020.

“This winter, I went diving with some local fishermen. At six in the morning I was already in the water, as the nets were raised at first light. During the dive I followed the path of the fishing nets from the bottom to the surface. As the fishermen quickly hauled on the nets, I tried to take some shots of trapped fish still suffering in the mesh, such as this tuna (Euthynnus alletteratus),” recalls Pasquale Vassallo. 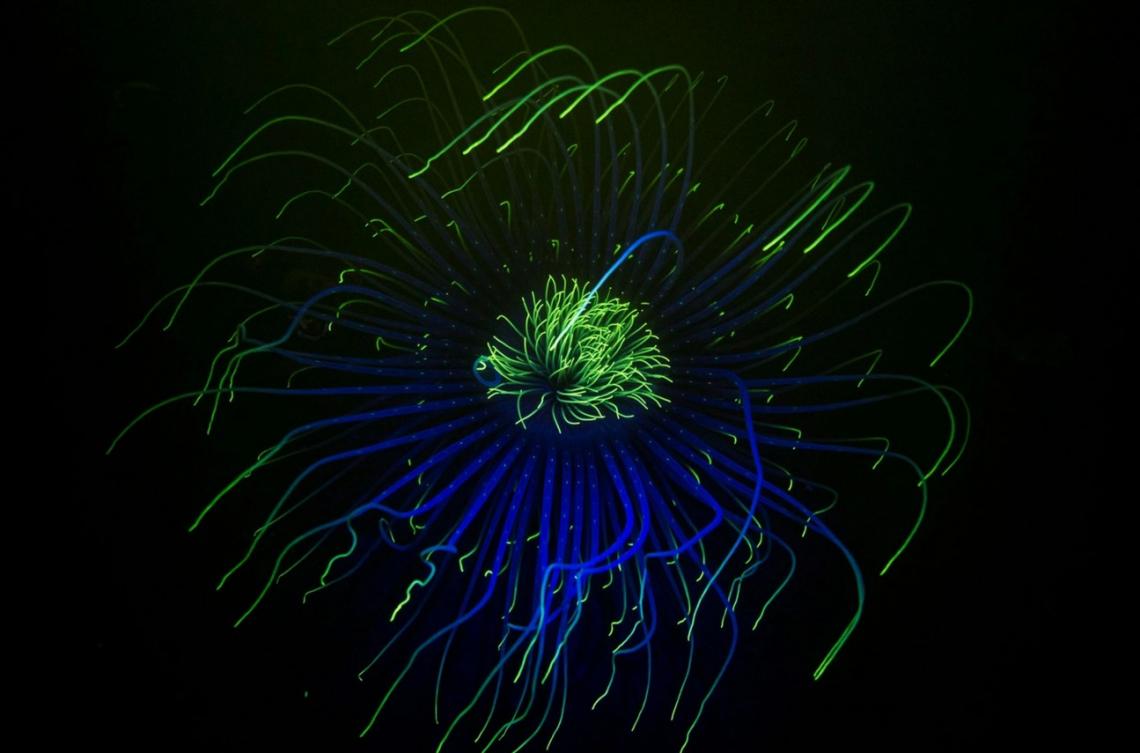 “Over recent years, underwater fluorescence photography has become a passion of mine, particularly in British waters, and I now find myself choosing my fluorescence gear over my ‘normal’ kit more often when diving,” explains the photographer James Lynott.

“I never know quite what I’m going to find that will fluoresce under the blue (near UV) light but on this dive in Loch Fyne I had one target in mind and that was fireworks anemones. There were dozens of anemones at this site all with varying patterns on their tentacles which also translate to different fluorescence patterns when viewed under blue light.” 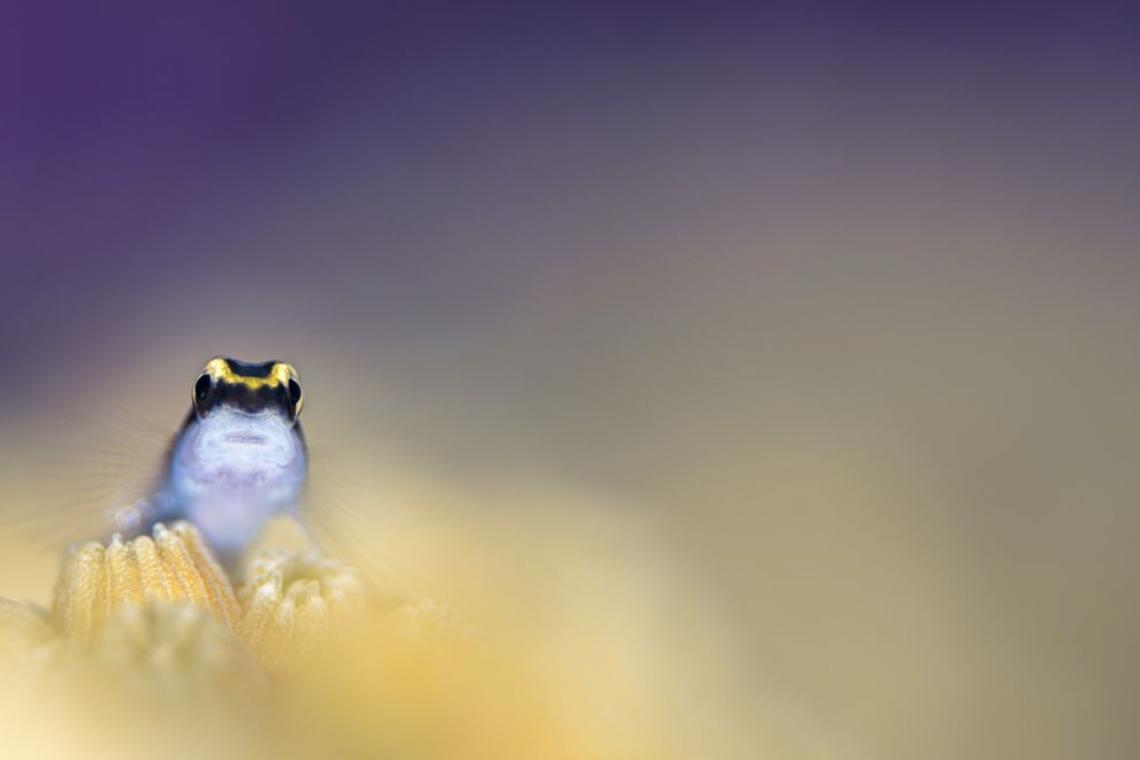 A fish seen hiding out on a coral polyp

Title: A fish seen hiding out on a coral polyp. © Hannes Klostermann / UPY2020 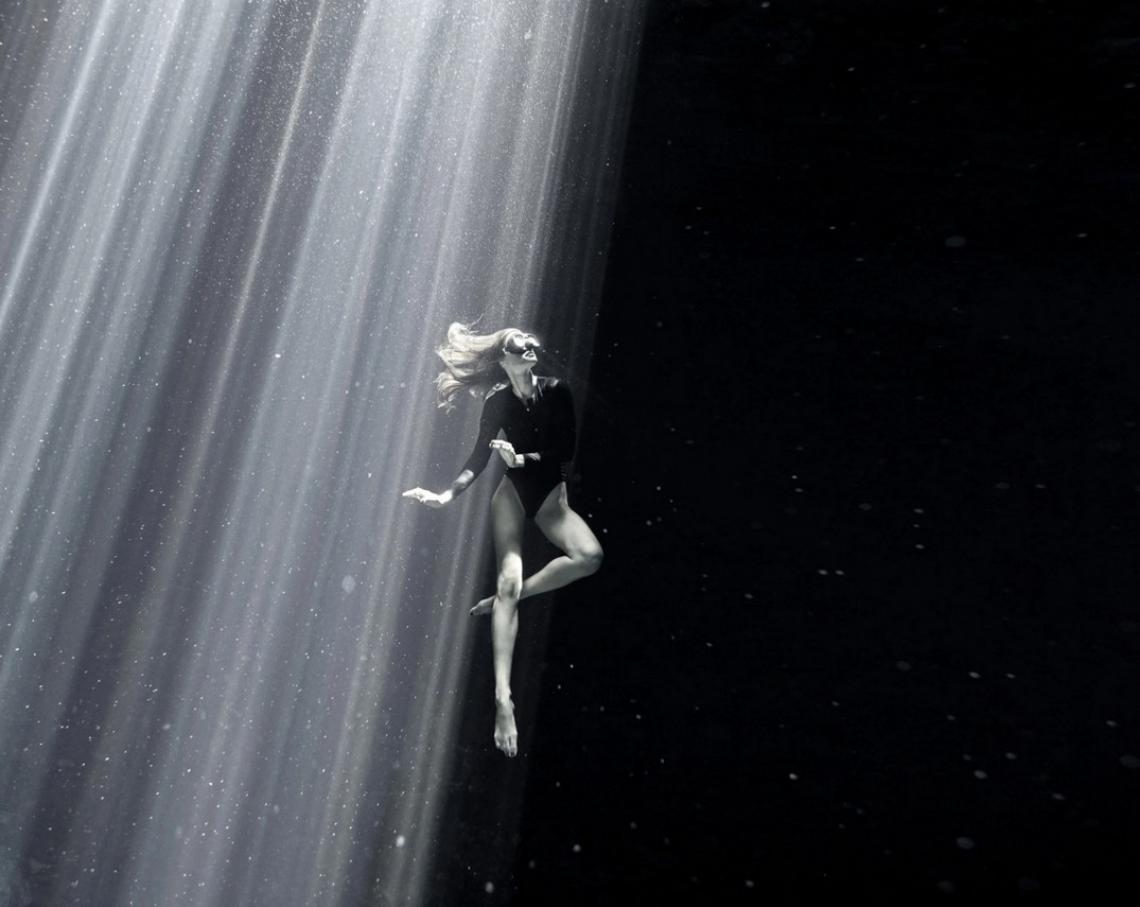 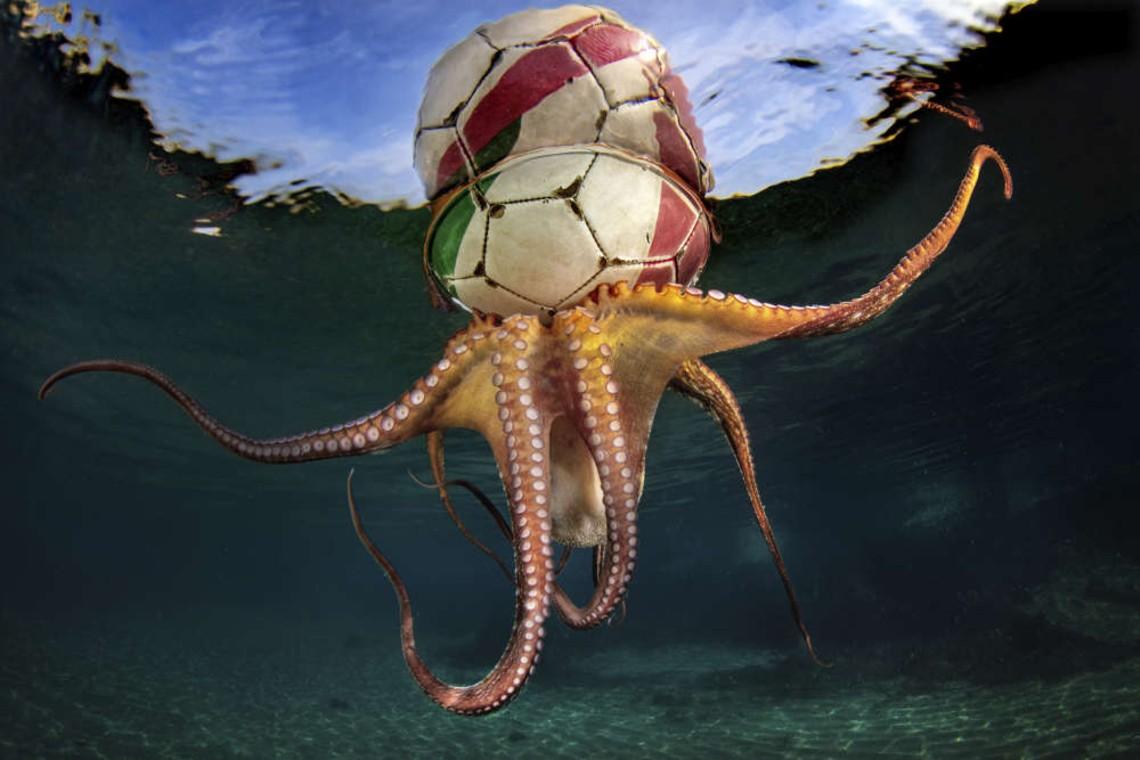 Winner of the category: Behaviour. 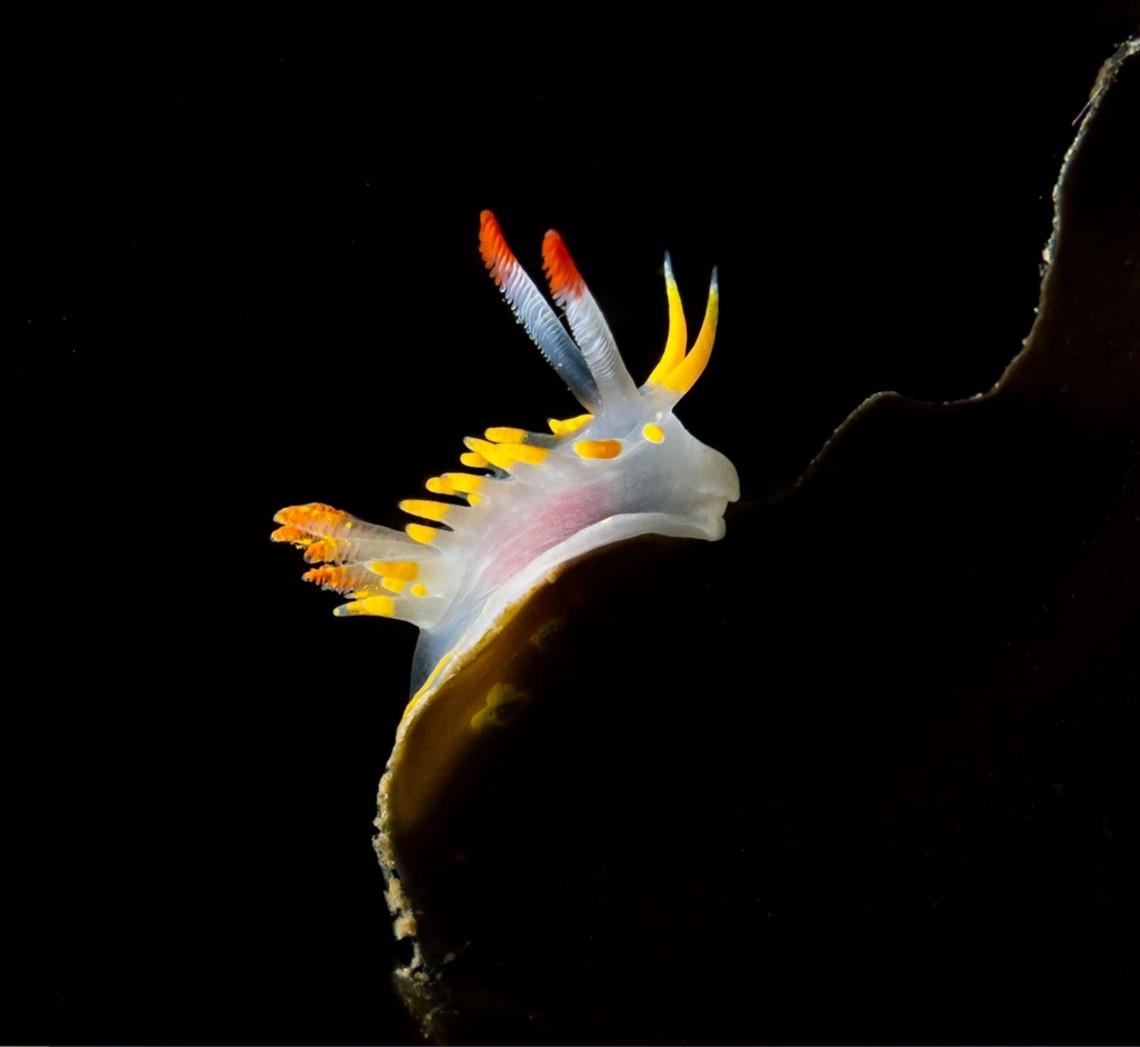 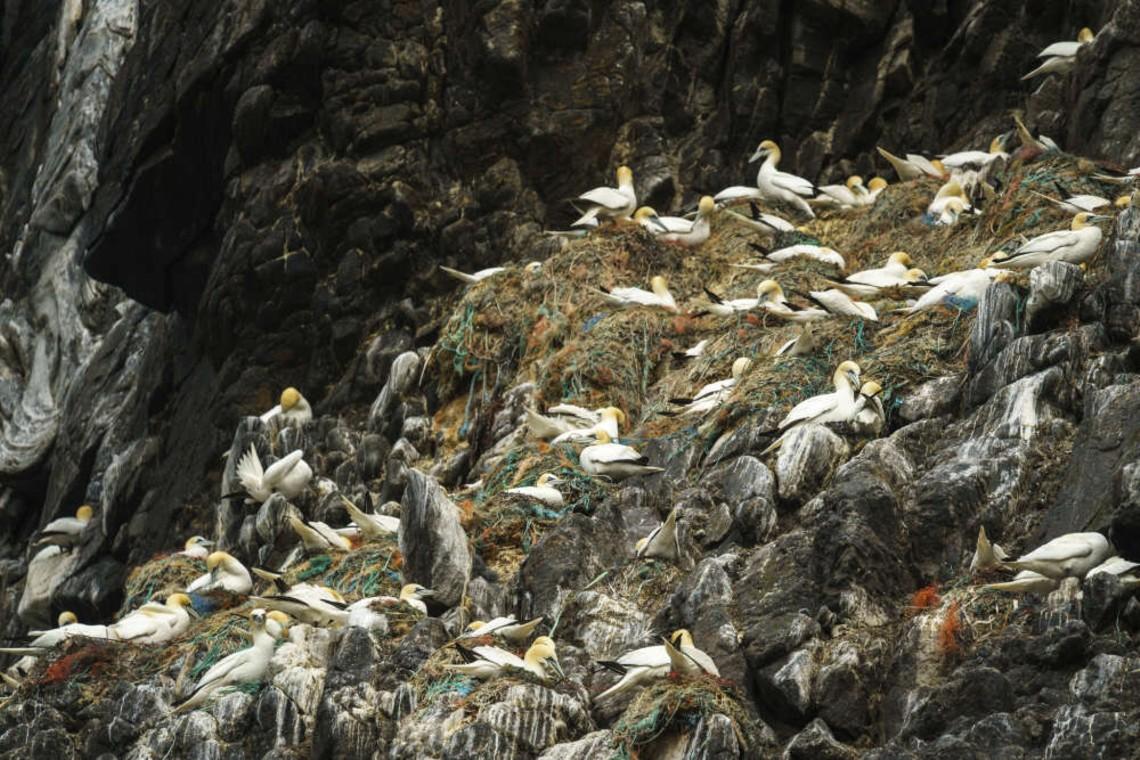 Lost in the nest

Award-winning photograph with an honourable mention in the category: Marine conservation 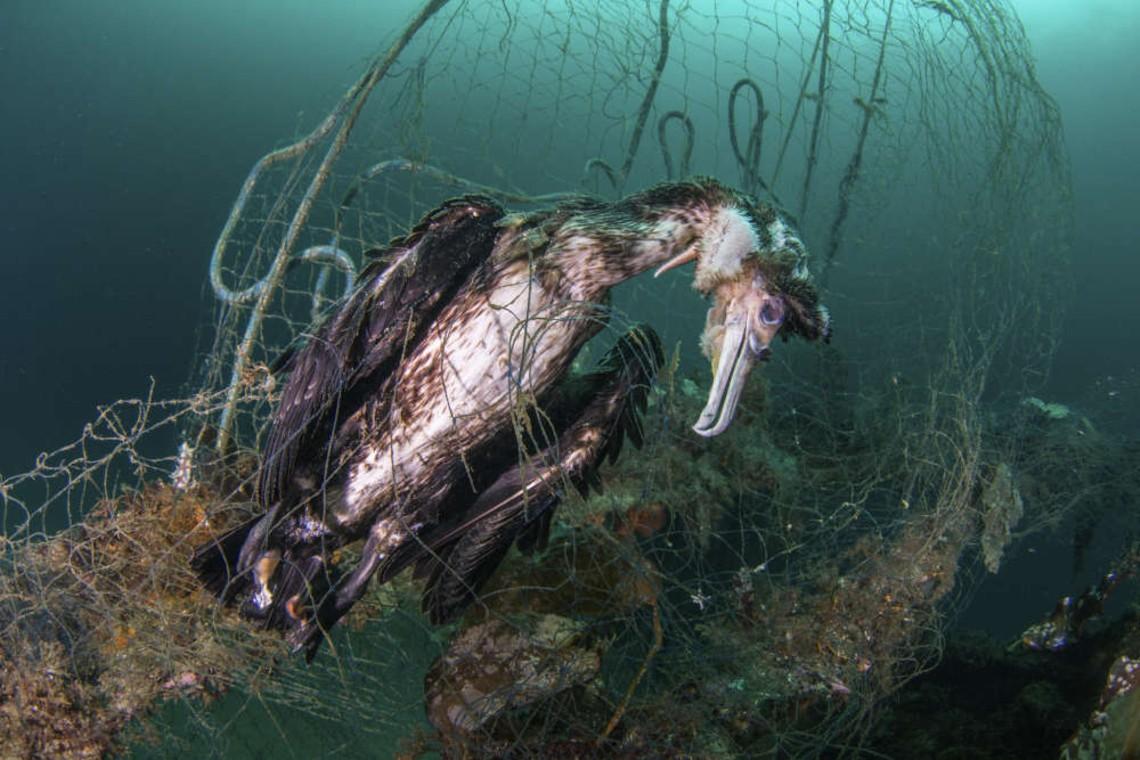 Cormorant caught in a net

Award-winning photograph with an honourable mention in the category: Marine conservation 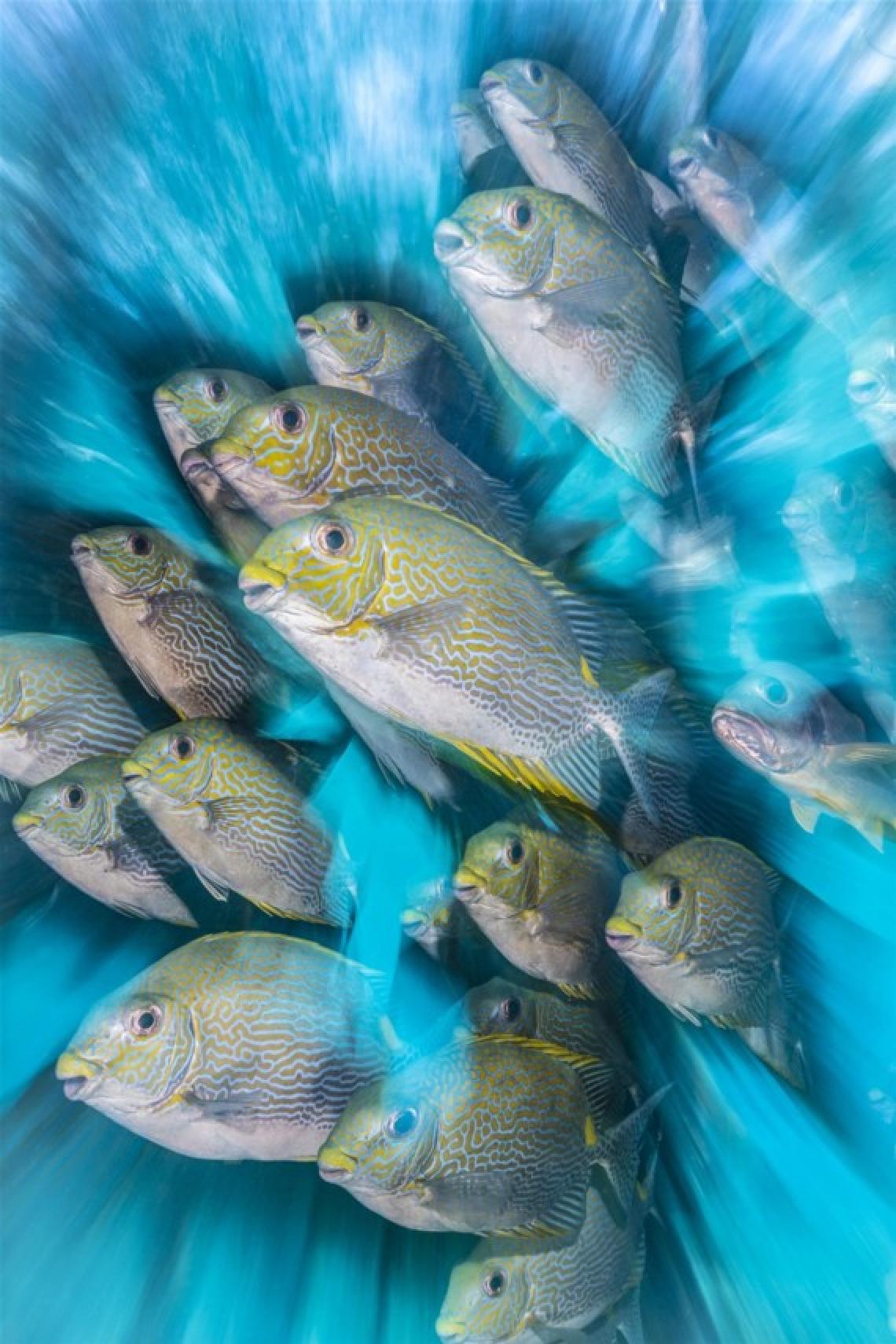 Award-winning photograph with an honourable mention in the category: Wide Angle.

The most beautiful galaxies in the universe