Interesting facts about the human brain

The brain is one of the most complex organs in the human body. It is part of the Central Nervous System (CNS), weighs just over a kilogram and a half (representing just 2% of total body weight) and receives approximately 25% of all the blood from the heart.

The brain is protected by the skull and a transparent liquid called ‘cerebrospinal fluid’. It’s the main controlling organ for the body, as it decides thoughts, feelings, speech and movements.

Even though you might be familiar with the idea of needing to ‘exercise’ your brain, like training muscles - the brain isn’t actually a muscle. The brain is made of millions of neurons, which are interconnected by special projections called axons and dendrites that send and receive information from the rest of the body.

The brain has been studied by scientists for hundreds of years, but due to its complexities - there is still a lot to be discovered. This organ has evolved massively over the last 2.5 million years of human existence, from the first hominids to the current homo sapiens. It is believed the brain began to increase its size significantly during the Australopithecus africanus stage of evolution.

The human brain has the same basic structure as other mammal brains but is larger in relation to body size than any other brains found in other mammals.To be healthy, strong and function properly, we must take good care of our brain every day.  Our daily habits, such as diet or exercise, significantly impact the development and maintenance of the brain and the body that it resides within.

Do you want to know more about brain? We are going to share some interesting facts in the following picture gallery. 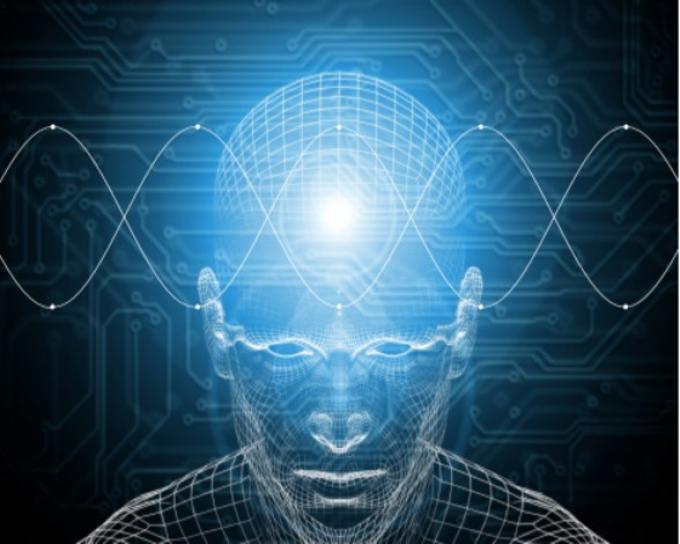 The brain can process and image in less than a second. A recent study carried out by scientists at the Massachusetts Institute of Technology (MIT) has proven that the human brain is capable of processing complete images in approximately 13 milliseconds. 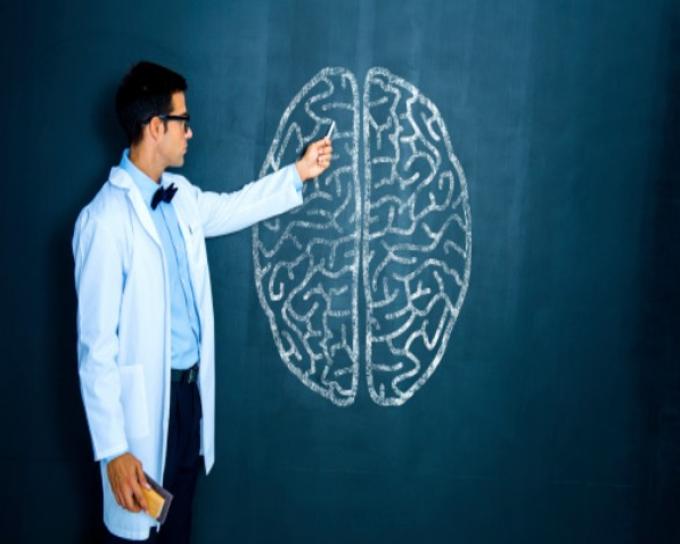 The brain is always learning

The brain is constantly changing and grows new neuron wires every day of your life.

An MIT study revealed that these processes of continuous changes helps to expand our knowledge. Neurons in the striatum (front part) of the brain and neurons in the prefrontal cortex (very important for memory) seem to be tuned continuously to absorb and quickly analyse new information, which means we are always learning. 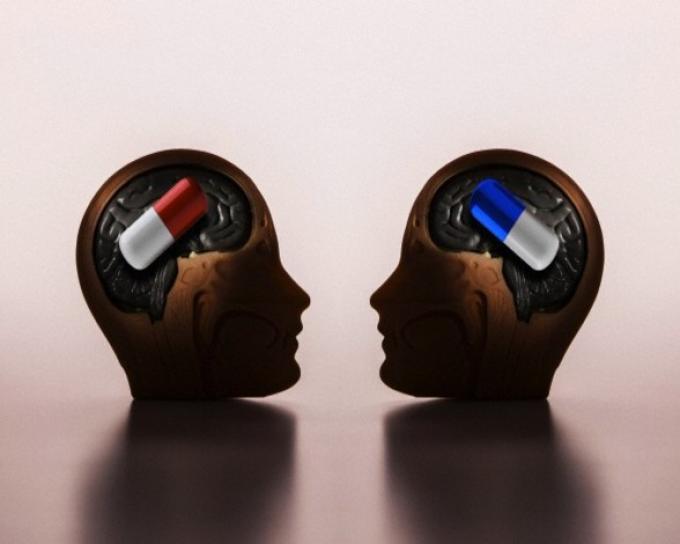 What brain mechanisms influence difficult decision making? A team of scientists from Harvard University, USA, carried out an experiment to answer this question. Our brains are constantly faced with different choices. They demonstrated that optimal decisions must be based not on the true value of the possible choices but on the difference in value between them. 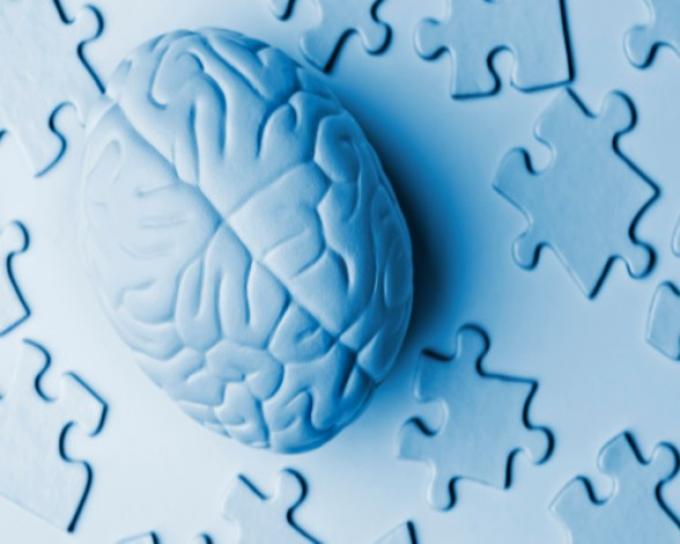 A study by Duke University, USA, and the National University of Singapore concluded that for each hour we sleep less than the recommended number of hours per night (7-9 hours), the more our overall cognitive performance gradually decreases. Sleeping less than 7 hours a day causes a reduction in brain volume and a decrease in cognitive performance. Lack of sleep causes our nervous system to age faster. This process is slow and gradual, but ultimately unstoppable. 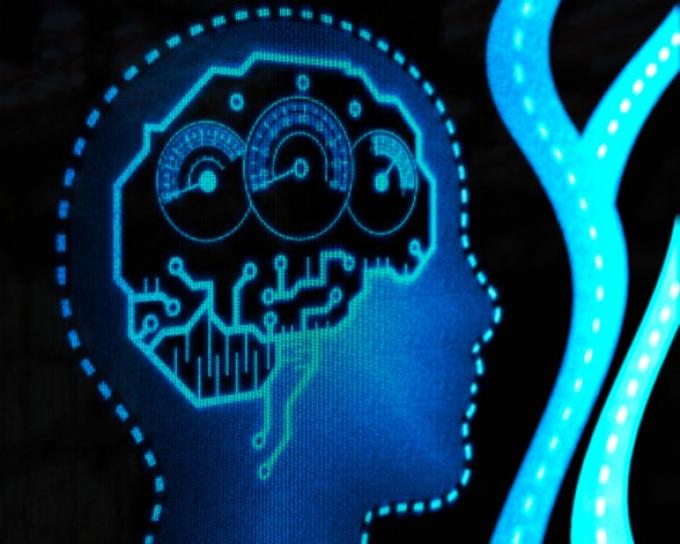 Research led by the University of California at San Diego, USA has identified the exact part of the brain that controls the processing of both emotional and sensory information that causes our mood to change. This discovery helps to confirm the idea that some people see the world from a ‘glass half-empty’ perspective, at least in part, due to chemical processes in the brain. 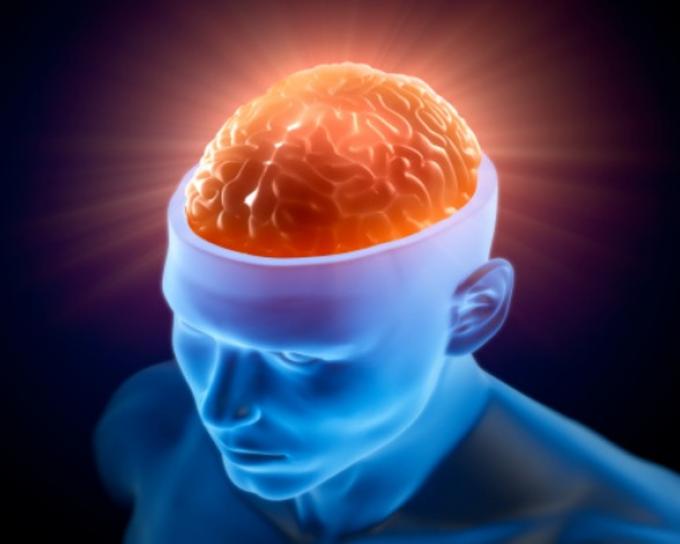 Every living thing responds instinctively to fear. It is like no other emotion. Fear has the ability to affect every aspect of your body and mind; from preventing you from thinking rationally to physically preventing you from moving.  Scientists from the University of Texas used an electroencephalography (EEG), a method of recording electrical activity across the head, to measure how the brain is affected by prolonged exposed to threatening images.

They discovered that the brain gives priority to threatening information other cognitive processes and that fear causes an early increase in theta wave activity in the occipital lobe, the area of the brain where visual information is processed. This was followed by a subsequent increase in theta activity in the frontal lobe (where higher mental functions such as decision-making and planning occur) and an increase in beta waves. The change in beta waves accounts for the impulse to ‘run’ when someone feels under threat. 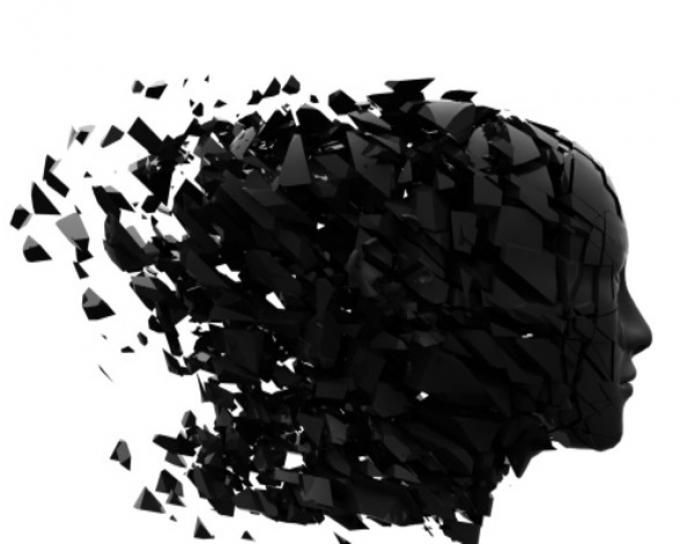 A recent study by the Loma Linda University School of Medicine in California, USA, found that laughter stimulates brain waves similar to those generated while meditating. The study suggests that laughing helps the brain to think more clearly, helps us generate positive thoughts and supports key assertive decision making. 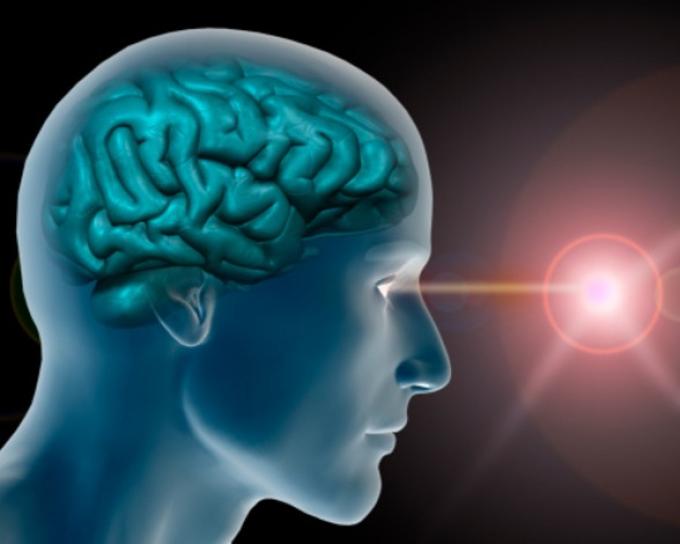 Researchers at the University of California at San Francisco (UCSF) revealed that sound transmitted from from our lips leaves an acoustic trace that the brain is capable of interpreting. Prior to this research, scientists were unclear how the brain interpreted speech. The Wernicke area of the brain is the area where speech sounds are interpreted and the researchers discovered that the brain has a systematic organisation for the units of basic sound function, similar to the structure of the periodic table. Due to this organisational structure, the brain is able to extract different sounds from the acoustic vibrations and make an interpretation of each. 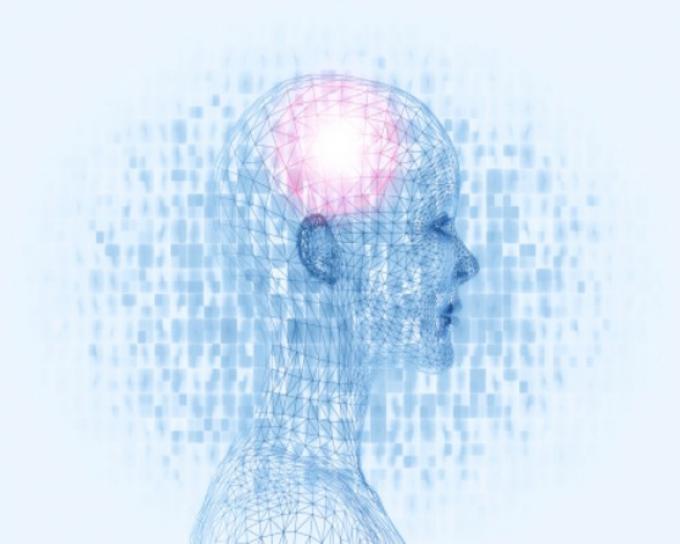 According to a study published by Northwestern Bridge University, USA, our brain tends to augment our recollections due the complex functioning of our memory. The brain’s hippocampus (the part of the brain that’s important for turning short-term memory into long term recollections) works as a content editing system. It operates constantly, without stopping, retouching or editing every scene encountered in our lives. 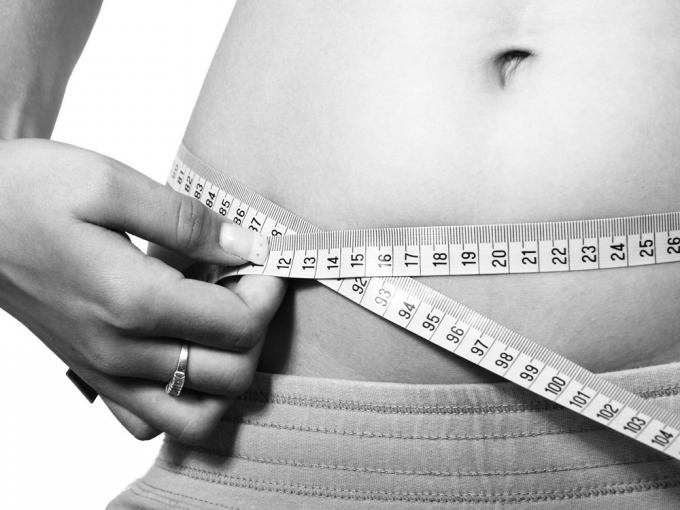 According to a study by the Australian University of Monash (2018), the brain has a kind of molecular switch capable of regulating the burning of fats. The researchers say that being able to control this switch could lead to alternative therapies for obesity and other metabolic problems such as type 2 diabetes. 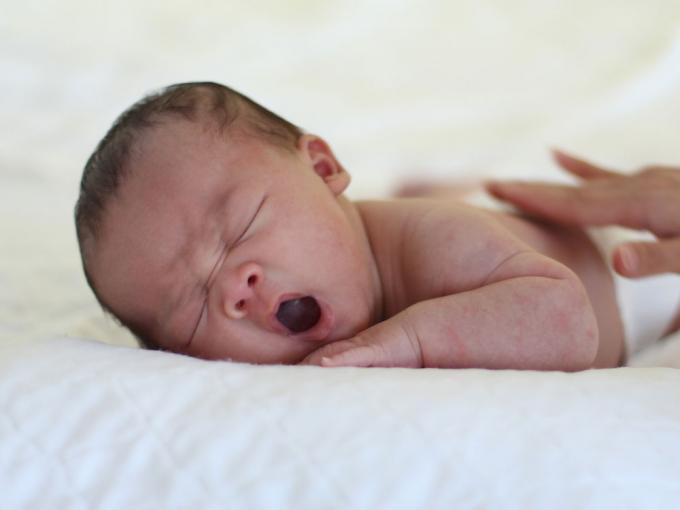 The mystery behind yawning

Although it may seem like a very simple and common gesture, there is empirical explanation for why people yawn. The most accepted scientific theory to date is that by yawning, we refresh the brain and increase its speed of response.

A State University of New York study found in 2016 that the duration of yawning is directly related to the size and complexity of the brain structure.  They came to this conclusion by analysing yawns in 29 different animal species and also human yawns. 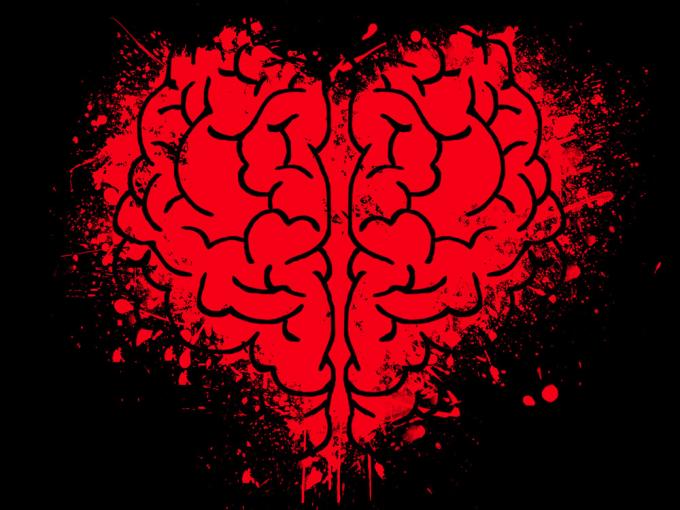 Oxytocin is a hormone produced in the hypothalamus. This hormone is secreted by the posterior pituitary gland, which controls our feelings and emotions. This compound that comes from the brain is understood to have an impact on ‘pro-social behaviours’ such as feelings of empathy, friendship, relaxation, love and even pleasure during an orgasm.

Oxytocin has been found to have a ‘calming effect’ and increases our attention towards the social and emotional information in our environment. Oxytocin also appears to reduce stress responses, including anxiety. These effects have been seen in a number of species.

The hormone has been described as an important component of a complex neurochemical system that allows the body to adapt to highly emotive situations.

A study carried out by a team of scientists from the University of Birmingham, England, discovered that oxytocin also acts as a ‘disinhibitor’ in  the brain, having a similar effect to the one produced by drinking alcohol. 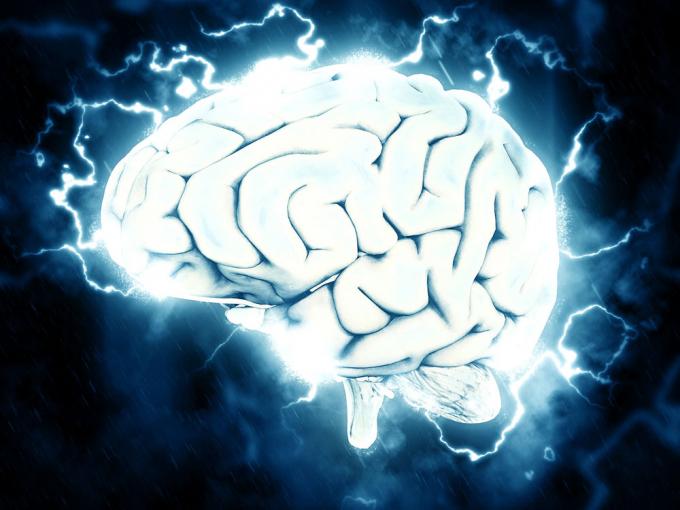 The brain uses a lot of energy

The brain consumes 10 times more energy than it ‘should’, this is, in relation to its size. According to a study by the University of Washington, 60-80% of the energy consumed by the brain is used to maintain the connection between the different neurons, while the rest of the energy is used to respond to the demands of a particular environment or scenario. 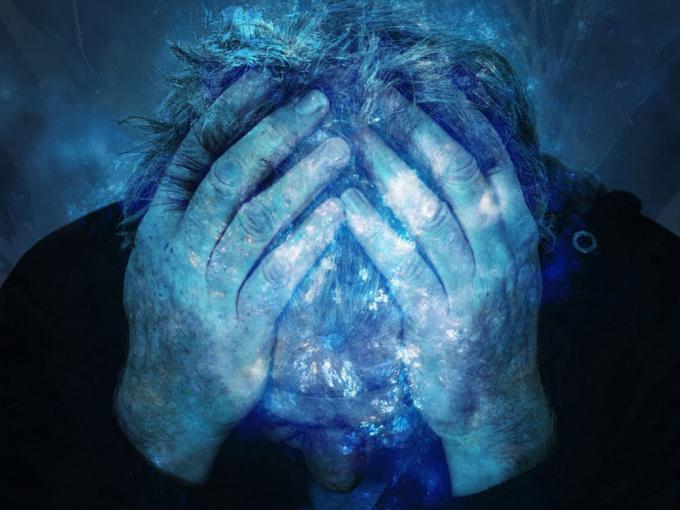 The brain does not feel pain

Although it is the organ responsible for detecting pain in the rest of the body, the brain itself is actually immune to pain. This is due to the lack of nociceptors, ‘pain receptors’, as they’re more commonly known.

This means when you have a headache, the pain you feel is not coming from the brain. The pain you experience comes from the tissues that surround the brain, as well as the surrounding blood vessels that generate pain when they are dilated. 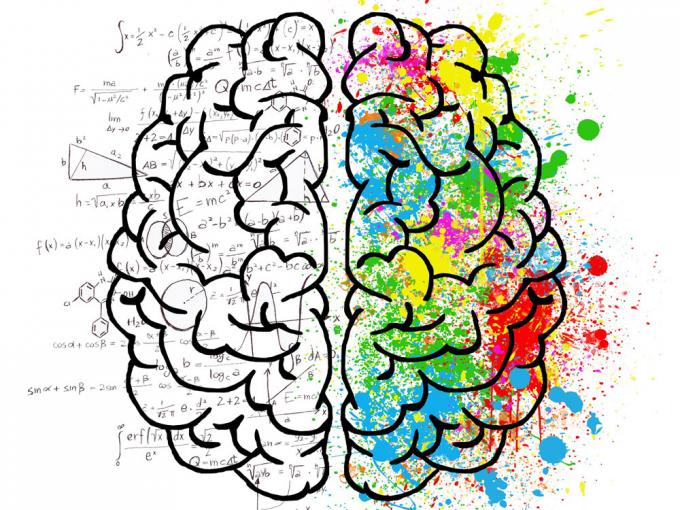 The brain is made up of two halves, called the left and right ‘hemispheres’. Theses two parts have a series of different functions. The left hemisphere, which is classed as the dominant part, is linked to language learning, logical reasoning, etc. The right hemisphere, on the other hand, is linked to levels of imagination and creativity. Two hemispheres are linked by the corpus callosum. The main function of the corpus callosum is to integrate motor, sensory, and cognitive performances between the cerebral cortex on one side of the brain to the same region on the other side.

According to a study from the Erasmus University of Rotterdam, Netherlands, there are clear gender differences when it comes to the human brain.

The research found that that men's brains are larger than women's (by approximately 14%). Though, despite the female brain being physically smaller, it was found to be organised and efficient when it comes to processing information than its male counterpart. 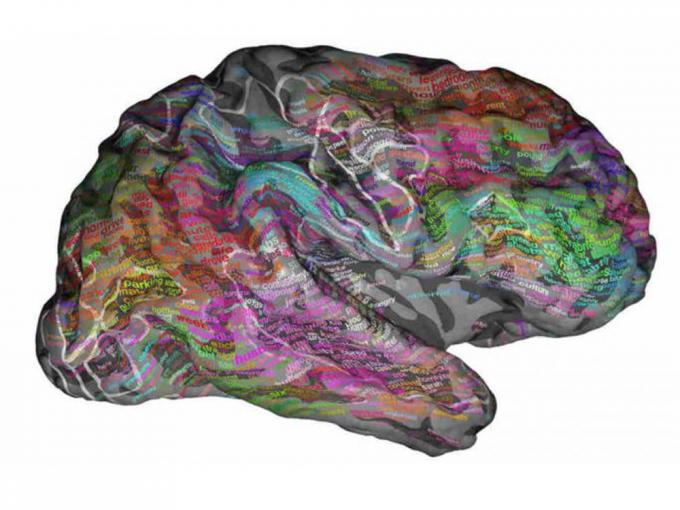 The meanings of words take shape in our brains. This was highlighted by American scientists through a map that locates where words are represented as we hear them.

Researchers have discovered that different types of data are grouped and found in specific sectors in the brain. This distribution is quite widespread, specifically in more than 100 different regions of the brain, across the two hemispheres of the cerebral cortex. 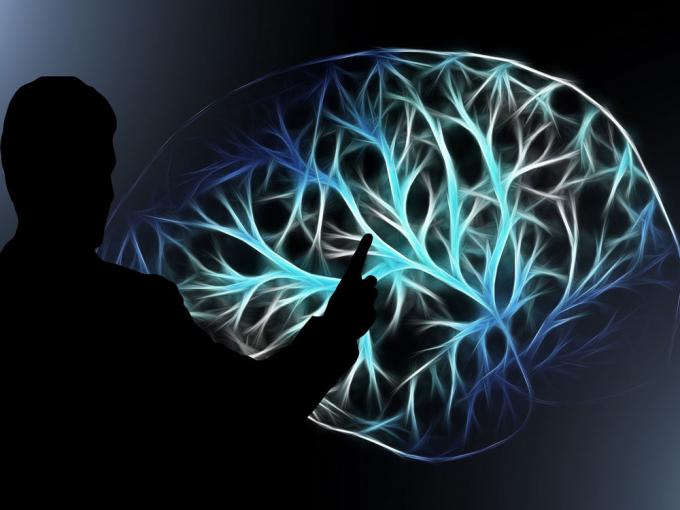 According to neurologists, we use almost 100% of the brain at all times. MRIs and CT scans have been proving the brain is almost entirely active for decades, but many people still believe that only around 10% of the brain is in use at any one time. The brain remains active, even when we are doing nothing. The brain controls unconscious functions such as breathing and the beating of the heart. Science has proven that brain activity is intense at all times. Even during deep sleep, numerous parts of the brain remain highly active. 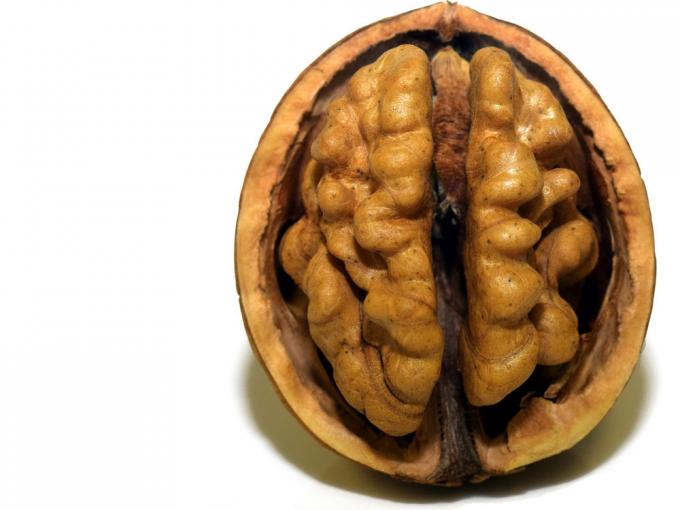 The amygdala is located in the centre of the brain and processes senses. As with other brain structures you actually have two amygdala Each amygdala is located close to the hippocampus, in the frontal portion of the temporal lobe and is charge of deciphering emotionally charged memories. Its structure resembles an almond. Coincidentally, almonds are packed full of nutritional goodness for the brain. Scientists also say that eating almonds can help to reduce the chances of developing brain degenerative diseases such as Alzheimer’s. 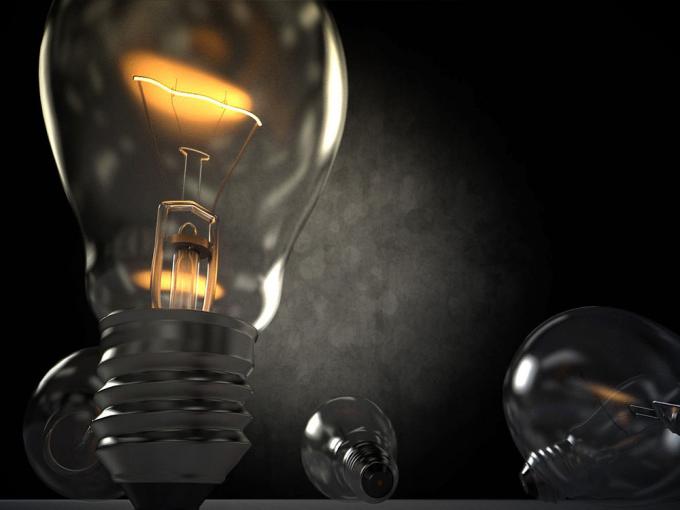 The human brain continuously produces electricity. The brain actually produces enough electricity to power a small lamp. Electricity is produced because when neurons send signals to each other it creates a huge amount of electrical activity in the brain. The signals make a pattern of brain waves that vary depending on the type of activity being carried out.