The Bermuda Triangle is a mythical part of the Atlantic Ocean that is bounded by Miami, Bermuda and Puerto Rico, where dozens of ships and aircrafts have disappeared over time.

There are unexplained circumstances surrounding some of these accidents, including one in which pilots of a US Navy bomber squad became disoriented as they flew over the area; the planes were never found. Other ships and aircrafts reportedly disappeared from the area in good weather without even sending any distress messages by radio.

Although there are countless paranormal theories that have been brought forward regarding the Bermuda Triangle, none of them prove that these disappearances occur more frequently in this part of the ocean than in other parts. In fact, many people navigate this part of the ocean every day without any incidents.

The Bermuda Triangle, or Devil’s Triangle, covers an area of approximately 1.1 million km² at the southeastern end of Florida.

When Christopher Columbus sailed these seas on his first voyage to the New World, he reported that a great flame of fire (probably a meteor) crashed into the sea one night and that an unusual light appeared in the distance a few weeks later. He also wrote about inconsistent readings on the compass.

Everything would skyrocket from 1964 onwards, when the writer Vincent Gaddis coined the phrase “Bermuda Triangle” in a magazine article: several mysterious accidents occurred in the area, including three passenger aircrafts that fell despite sending messages that stated “Everything is fine”.

Charles Berlitz, whose grandfather founded the Berlitz language schools, inflamed the mystery further in 1974 with a sensational bestseller surrounding the myth.

Since then, dozens of paranormal writers have blamed the alleged lethality of the triangle on every conceivable argument, from extraterrestrials, Atlantis, sea monsters, temporal deformations and reverse gravity fields, whilst scientists have pointed out magnetic anomalies, marine throbs or huge eruptions of methane gas from the ocean floor as explanations. However, in all probability, there is not yet a single theory that solves the mystery. 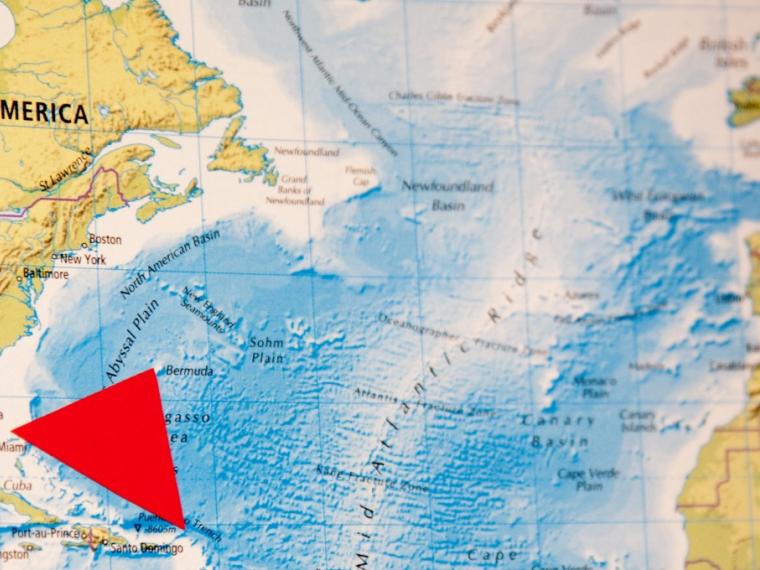 The area known as the Bermuda Triangle is not a registered territory. It is not established on maps, but is supposed to extend from Miami, Florida, to the island of Bermuda and to San Juan in Puerto Rico, lines that together form a kind of equilateral triangle. 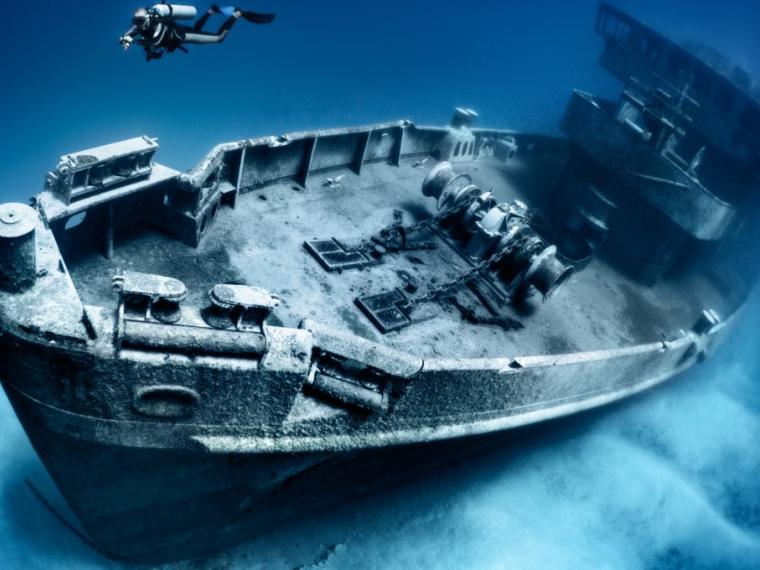 What makes this area so striking?

Between 1945 and 1965 alone, up to five aircraft crashed in the area and 10 ships sank or disappeared between 1800 and 1963. Logically, given the size of this enigma or myth, many mentions, especially online, refer to much, much longer lists of disappearances. 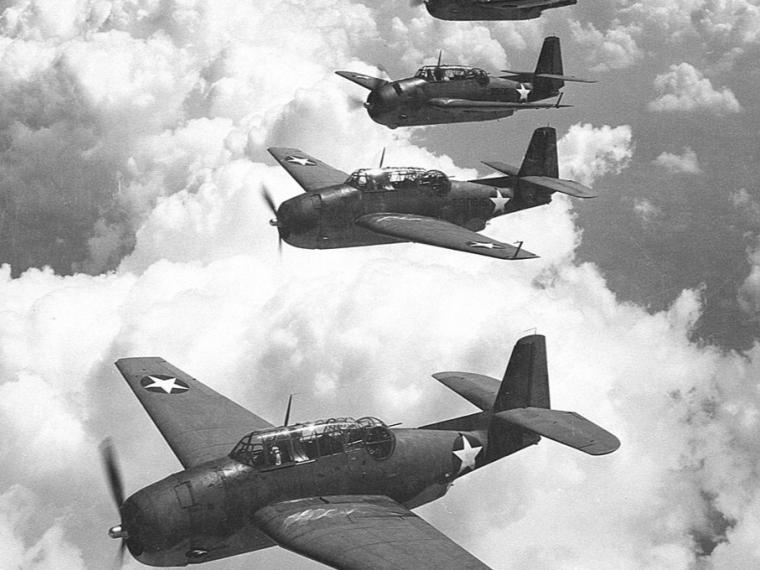 The origin of the myth

The mysterious reputation of the Bermuda Triangle began on December 5, 1945, when Flight 19, a squadron of five US Navy torpedo bombers, disappeared into thin air during a routine training exercise. The aircraft were fully equipped and had been thoroughly checked before departing from the Fort Lauderdale Naval Air Station in Florida. What made the disappearance even more mysterious is that it happened in peacetime, which made them less likely to be shot down. 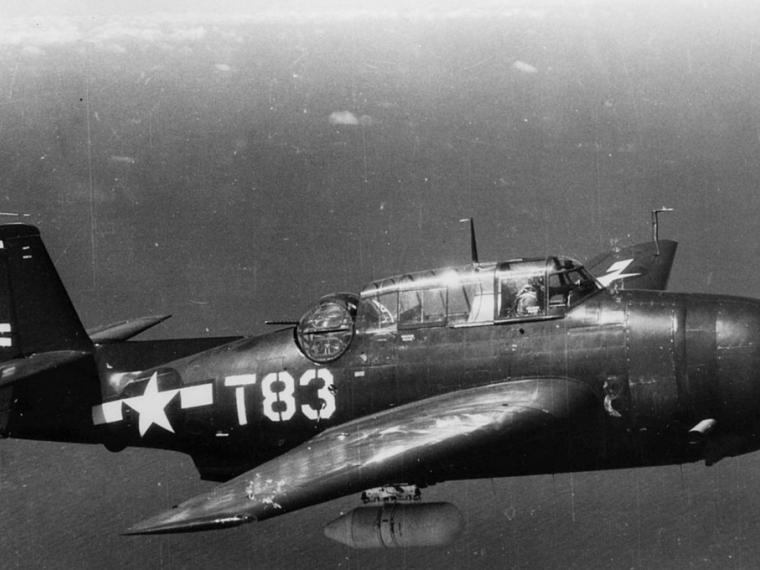 The most famous case of the Bermuda Triangle

Before losing radio contact off the coast of South Florida, it was reported that the captain of flight 19 stated, “Everything seems strange, even the ocean” and “We are entering white waters, nothing seems normal,”. The aircraft and the 14 crew members were never found, despite the long investigation conducted by the government. In fact, a search and rescue plane with 13 men on board was sent to locate the missing planes, but that plane and its passengers also disappeared inexplicably. And so, the Bermuda Triangle’s ‘creepy’ reputation solidified itself. 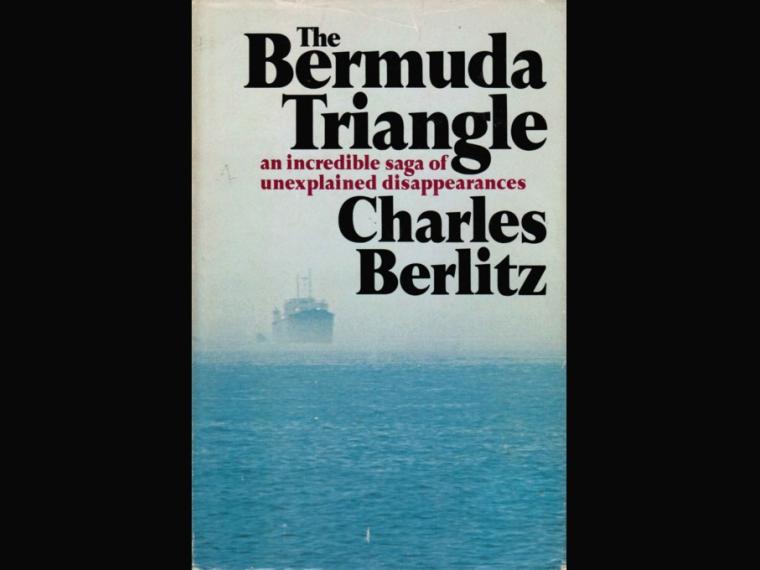 Many rushed to take advantage of the Bermuda Triangle fever. A large number of books were published, many of which became international hits, and the most popular was Charles Berlitz’s The Bermuda Triangle, published in 1974. It sold 20 million copies in more than 30 languages, an extraordinary feast for a job that attributed the loss of ships and planes to extraterrestrials and survivors of the lost city. 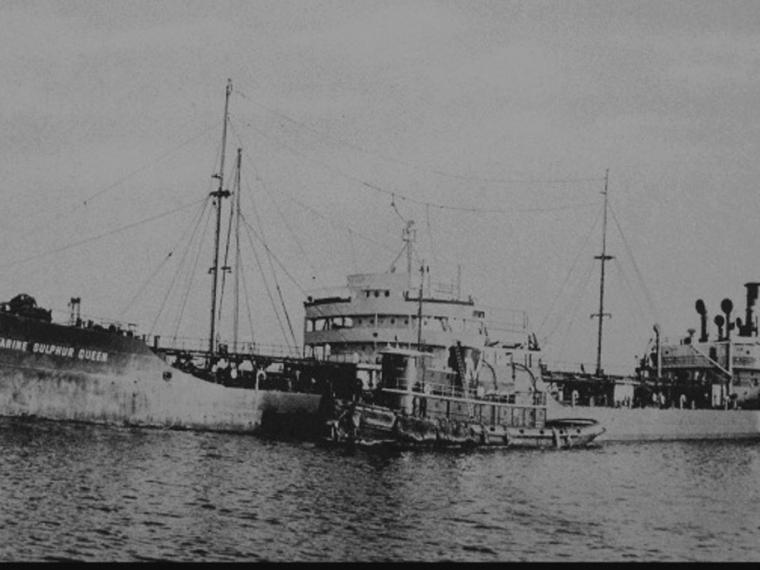 The Bermuda Triangle is famous for making everything from cargo ships to aircraft disappear. The mysterious body of water is clouded with rumours of suspected supernatural activities. Over the past century, the Bermuda Triangle has been “swallowing” ships and is blamed for the loss of hundreds of lives. The SS Marine Sulphur Queen, a converted T2 tanker carrying molten sulphur along with 39 crew members, disappeared off the southern coast of Florida. The last news received from the tanker was on February 4, 1963, when a routine radio message was sent. With no further communications, they sent search teams to locate it. After more than two weeks of searching, the rescue team only found some fragments of remains and lifeguards. 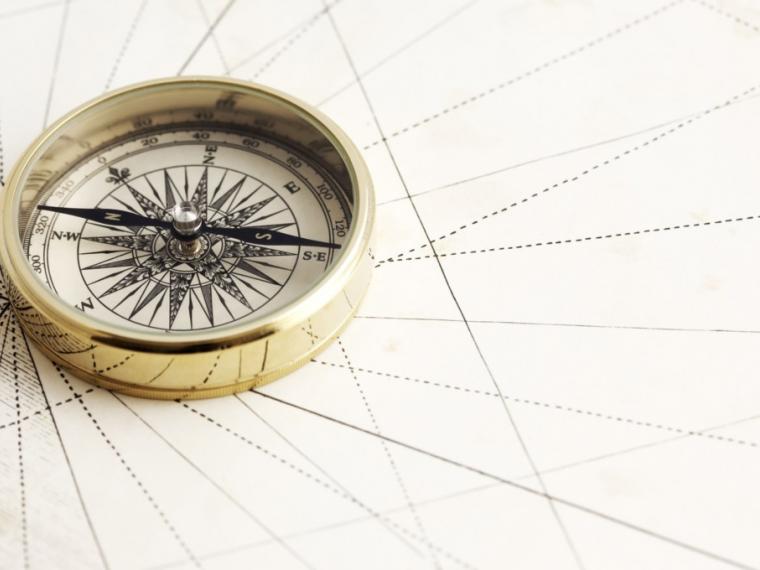 Research has indicated that a compass failure condemned Flight 19, and the other tragedies probably have equally mundane explanations. 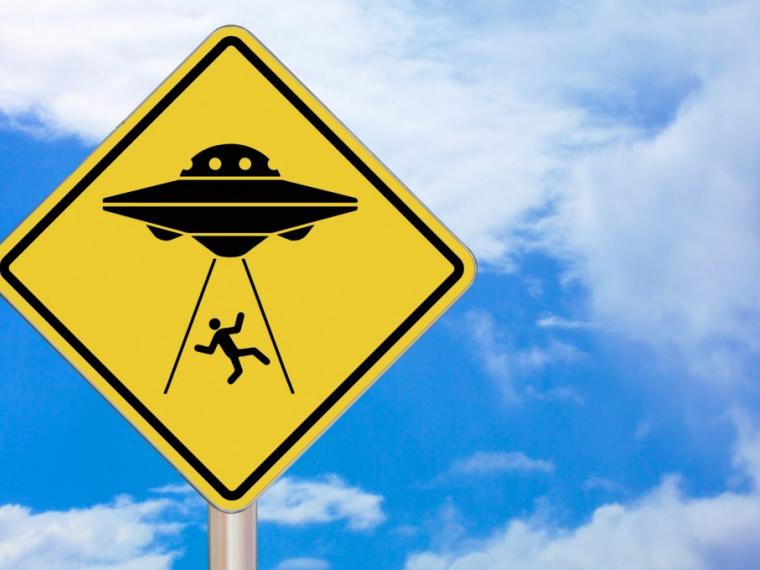 Many strange theories have been exposed as an attempt to explain the disappearances of ships and aircrafts. UFO hijackings, time distortions, portals leading to other dimensions, magnetic field anomalies, geophysical phenomena and massive bubbles of methane gas are the most prominent arguments of lovers of the supernatural. A popular theory is also that the legendary lost city of Atlantis lies at the bottom of the Bermuda Triangle, and its advanced technology interferes with nearby vessels. 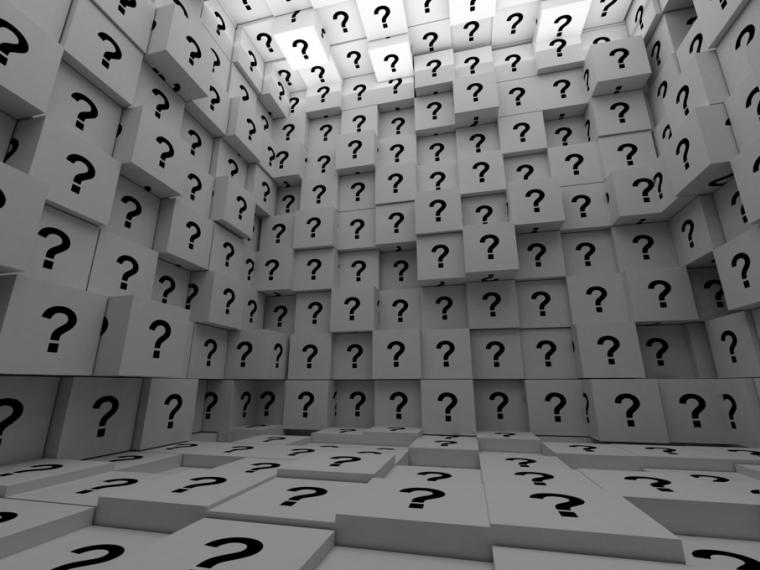 Is there a really a mystery to explain?

A journalist named Larry Kusche asked himself exactly that question, and came up with a surprising answer: there is no mystery about strange disappearances in the Bermuda Triangle. Kusche thoroughly re-examined the “mysterious disappearances” and discovered and that history was basically created by mistakes, manipulation of mysteries and, in some cases, pure invention: everything was transmitted as verified truth when it was pure fantasy. Few bothered to do a real research and all the documents about it are flooded with non-scientific theories. 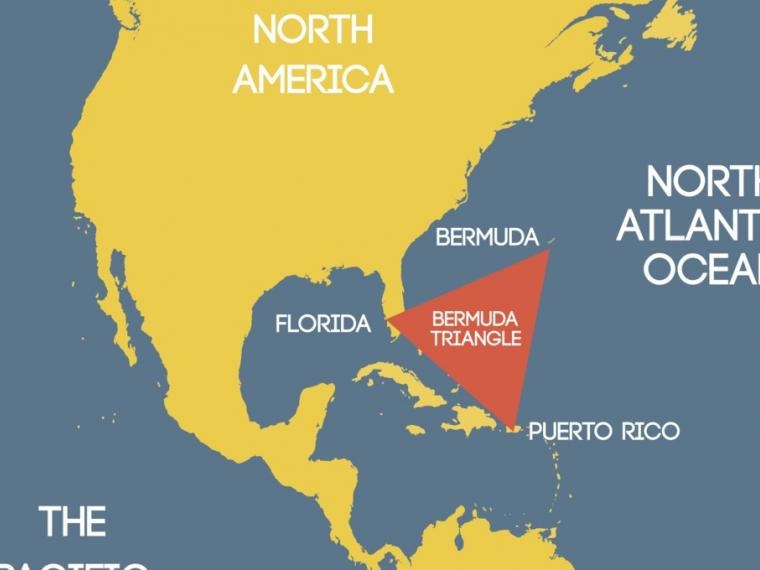 It is also important to note that the area within the Bermuda Triangle is heavily frequented by cruise ships and cargo ships; logically, not just by chance, more ships will sink there than in less-traveled areas like the South Pacific. The more ships, the more likely the number of sinkings will also increase. 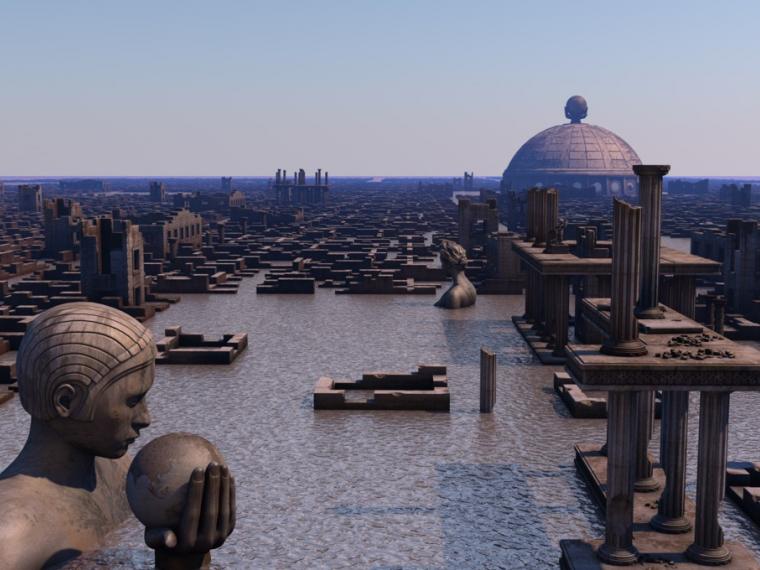 Although the Bermuda Triangle has been permanently discredited for decades, it still appears as an “unsolved mystery” in many books, mainly by authors more interested in a fabulous story than in facts. In the end, there is no need to invoke time portals, Atlantis, submerged UFO bases, geomagnetic anomalies, tidal waves or anything else. The mystery of the Bermuda Triangle has a much simpler explanation: careless research and sensational and mysterious books. 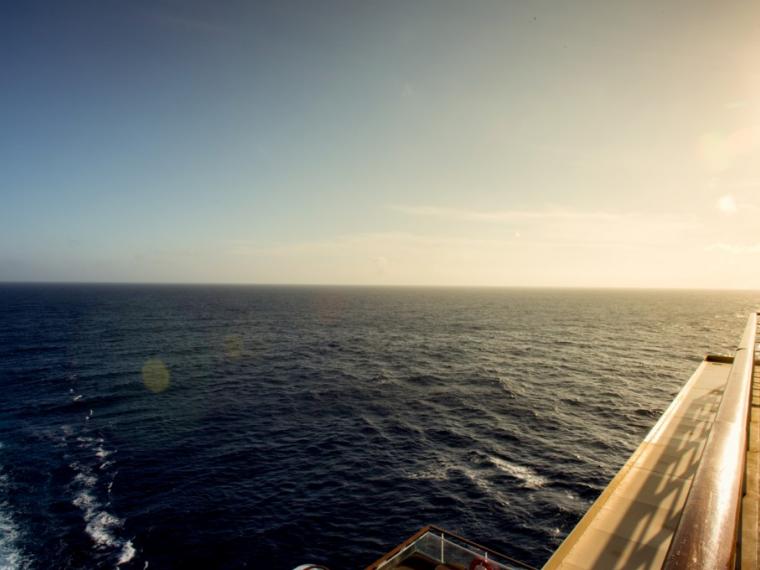 The Bermuda Triangle is a fallacy. Planes and ships don’t disappear in space between Puerto Rico, Florida, and Bermuda any more than they do anywhere else in the world; there is no statistical significance for the region at all. Although there are many natural mechanisms that can sink into the oceans, almost none of them exist in that area. 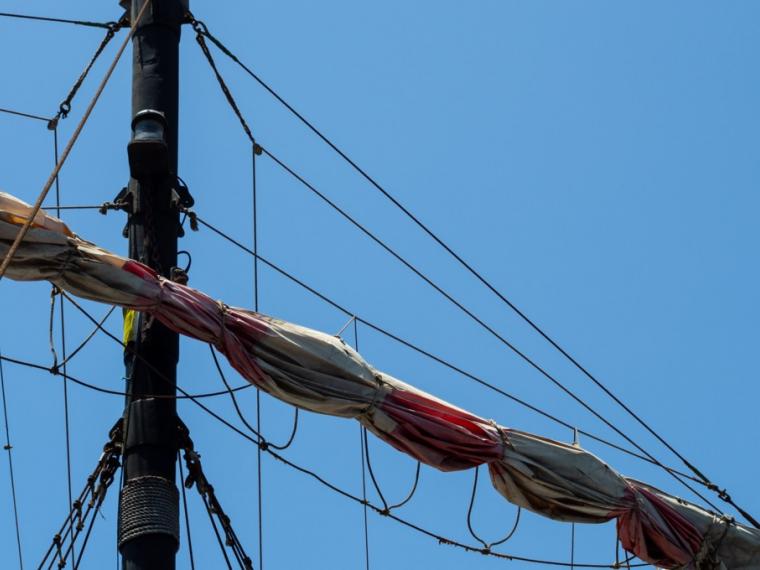 Science points out that the phenomenon does not exist

The Australian scientist Karl Kruszelnicki points out, for example, that the number of ships and aircrafts that disappear in the area is the same as anywhere else in the world if we look at the percentages. It is near the equator and therefore has a lot more traffic. Statistics show that the area is no more dangerous than any other region of the world’s oceans. 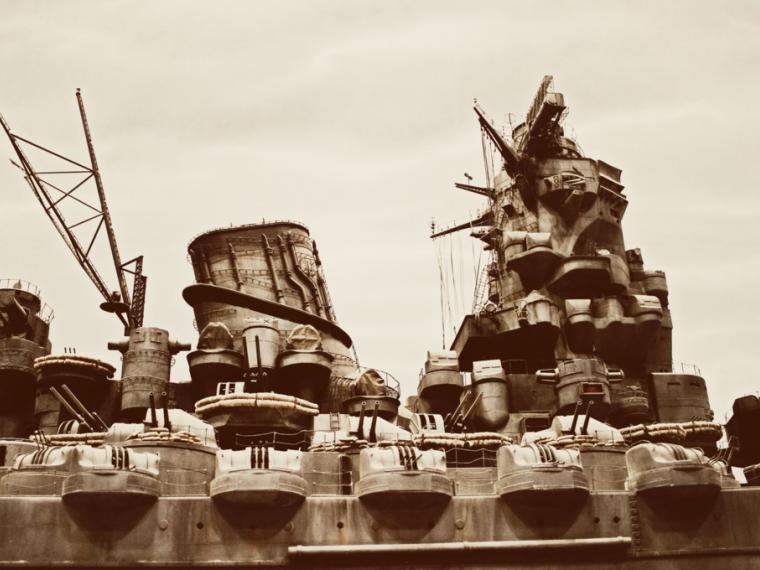 And the missing bodies?

Some of the pilots who disappeared in this area were prone to make catastrophic mistakes, including getting lost frequently, drinking a lot of alcohol before flying and even leaving without proper aviation equipment on board.

Bodies and remains were never found in most cases, but this is not surprising considering that we are talking about a huge body of water and incredibly deep. Even today, the remains of aircrafts and ships are rarely found despite massive advances in reconnaissance and tracking technology. 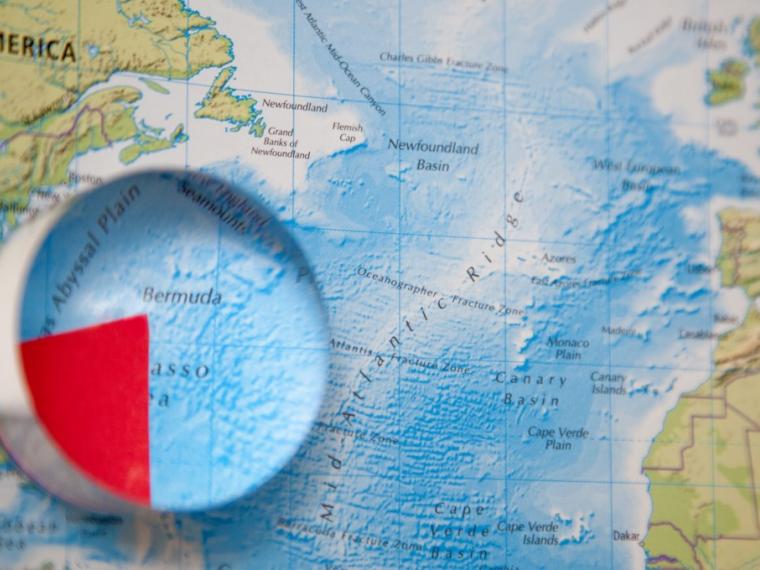 There is nothing mysterious about the Bermuda Triangle

This combination of missing crewmen and incredibly well-publicized aircraft and ship disappearances ensured the birth of a legend. Despite the fact that it has long been known that there is nothing mystical about the Triangle, many hypotheses have emerged that attempt to “explain” these fads, and they have varied from the scientific to the extravagant. As for the theory of methane bubbles rising from deep-frozen hiding places under the sea that have been swallowing ships, even though this is scientifically plausible, there is one basic problem: There are no methane reserves under the Bermuda Triangle. 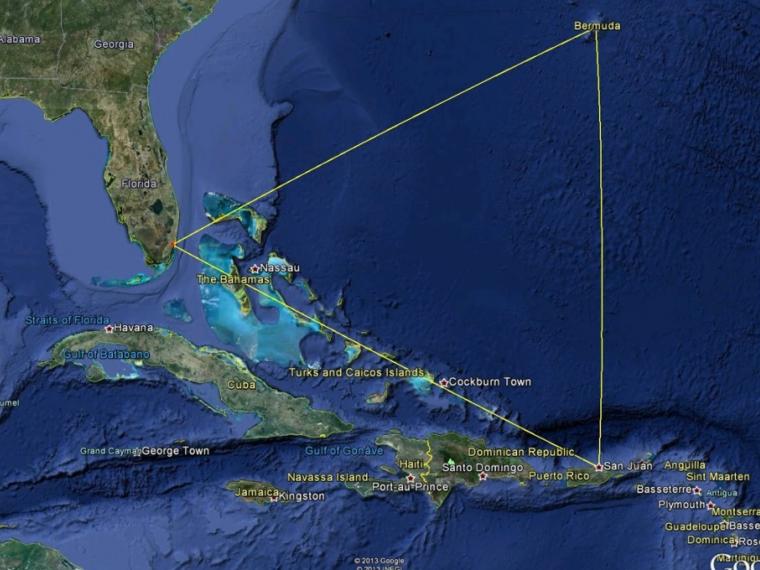 One by one, the alleged mysteries of the Bermuda Triangle have been solved. The Connemara IV, for example, was swept into the sea (without its crew) during a hurricane and the two Boeing KC-135 Stratotanker collided and crashed in the Atlantic. As for the last moments of flight 19, presumably, the plane ended up in the ocean, where conditions had deteriorated since the departure from Fort Lauderdale.

A rough sea would have swallowed the heavy Grumman Avenger. The U.S. Navy opened an investigation on the missing Avengers as well sa the PBM-Mariner. It was believed that this last aircraft exploded in the air, a hypothesis reinforced by the testimony of SS Captain Shonna Stanley Gaines Mills who saw a fireball in the sky. 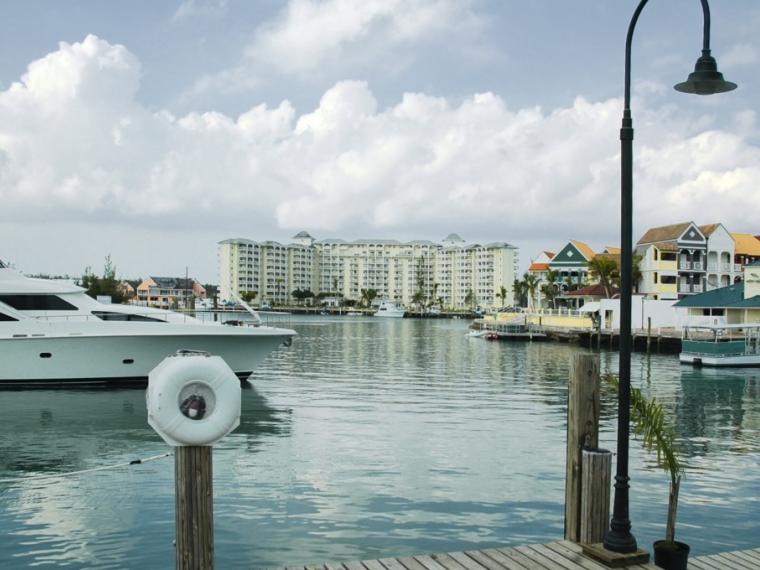 The best proof of how harmless the Bermuda Triangle is can be found in the city of Freeport, located within the Triangle. Freeport has a major shipyard and also an airport that handles 50,000 flights annually and is visited by more than a million tourists a year. 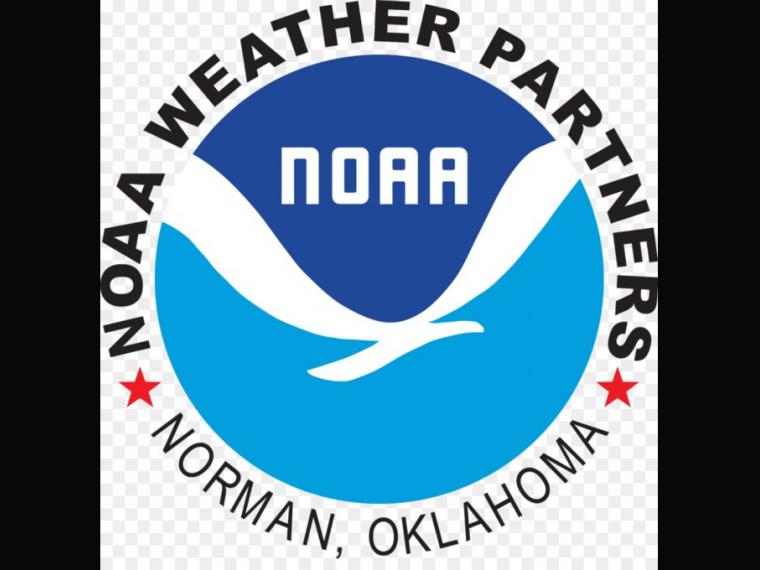 It is not officially recognized

As noted by the National Oceanic and Atmospheric Administration (NOAA), the Triangle itself does not officially exist. Although they point out that “environmental conditions” could explain many of the disappearances, they emphasize that the “United States Board of Geographical Names does not recognize the Bermuda Triangle as an official name and does not maintain an official file on the area. 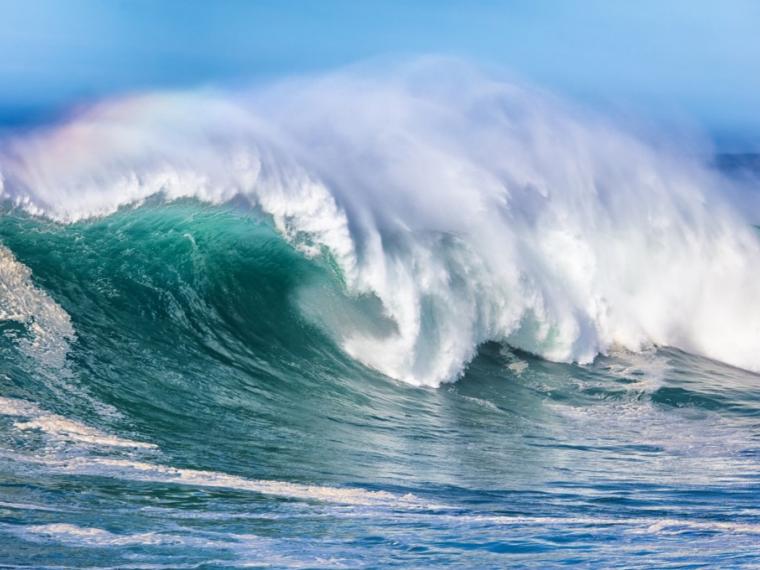 A team of researchers has tried to come up with new logical answers to the enigma, which is not such, many of them related to meteorology. Now, oceanographer Simon Boxall of the University of Southampton, England, has unveiled the results of his research in a British documentary series on the Bermuda Triangle.

According to Boxall, giant waves that can exceed 30 meters of height, are responsible for the mysterious occurrences in the area. Waves lasting only a few minutes but capable of sinking ships and aircrafts at high speed, which would disappear without a trace. The area is subject to violent and unexpected storms and climatic changes. These short but intense storms can accumulate and dissipate quickly, causing obvious navigational problems. 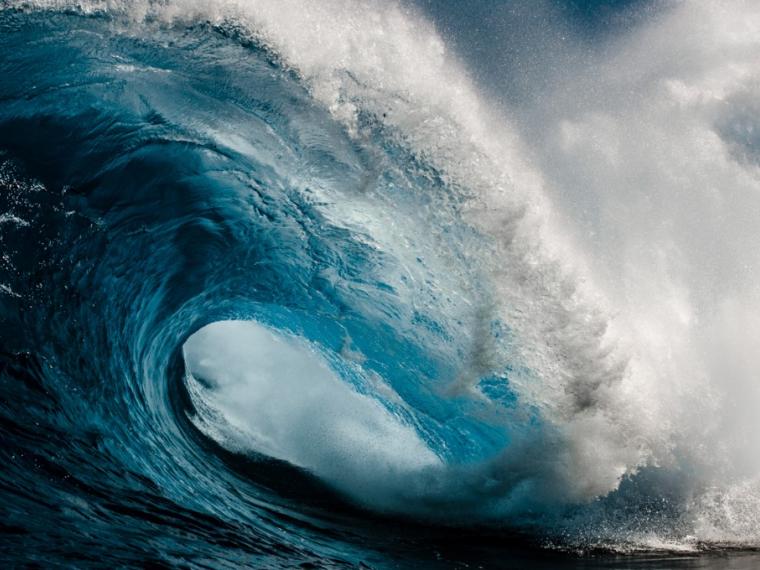 The Japanese version of the Bermuda Triangle is called the Dragon Triangle or Devil’s Sea. It is also notorious for the disappearance of military ships and aircrafts. The curious thing is that this region of the ocean also owes its popularity to Charles Berlitz’s fantasy bestselling book of 1974. It is also striking that it is not the Japanese who consider the Devil’s Sea to be more mysterious or dangerous than other coastal waters in Japan, but the Americans.

Interesting facts about the human brain