Fear describes an emotional response to something that is deemed intimidating or threatening. It is a powerful and primitive human emotion. Fear has been around as long as the Earth itself. It’s an instinctive reaction, which alerts us to danger and was vital for keeping our ancestors alive.

Whether you thrive on fear or detest it, fear is an important part of life - there’s even a holiday dedicated directly to it, Halloween.

Fear can be justifiable, such as being followed while alone on a dark street. It can also offer an inappropriate response to a situation, for example, evoked when watching a horror film and feeling scared of a monster or murderer - who in reality is just an actor with makeup.

Reaction to fear begins in the brain, which spreads throughout the body that makes changes to prepare for defensive action or retreat. The fear response begins in a region of the brain called the amygdala. This set of almond-shaped nuclei in the temporal lobe of the brain is dedicated to emotional response. The amygdala is activated each time we see a human face with an emotion. This reaction is more pronounced with anger and fear. A threatening stimulus, such as the sight of a predator, triggers a fear response in the amygdala, which prepares the body for ‘fight or flight’. It is this part of the brain that also causes the release of stress hormones.

In most cases for humans, fear is a learned experience. If you are attacked by an aggressive dog as a child, it’s likely you may be fearful of dogs in future, as one example. Let’s find out more about fear. 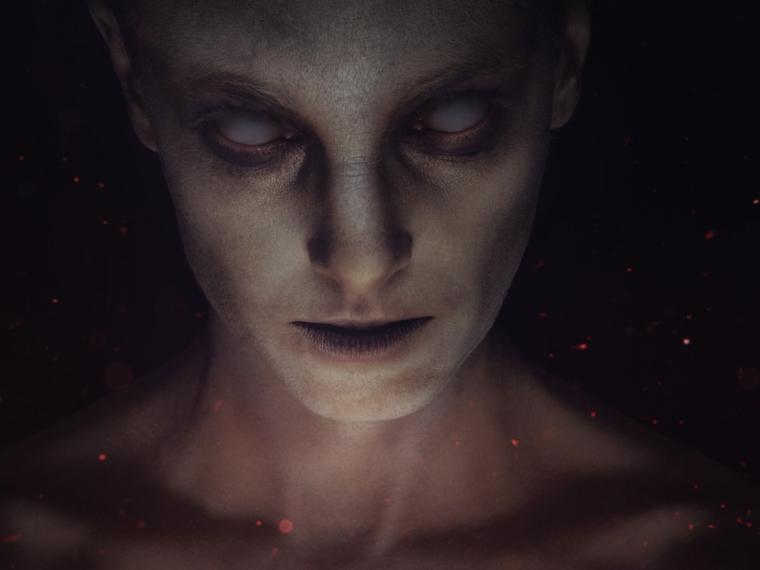 Fear is the primitive human response to the threat of danger. It’s a powerful human emotion that provokes a physiological and emotional response. There are hundreds of scientific studies that attempt to analyse how the body reacts to fear, but there is still no clear way to ‘quantify’ fear. 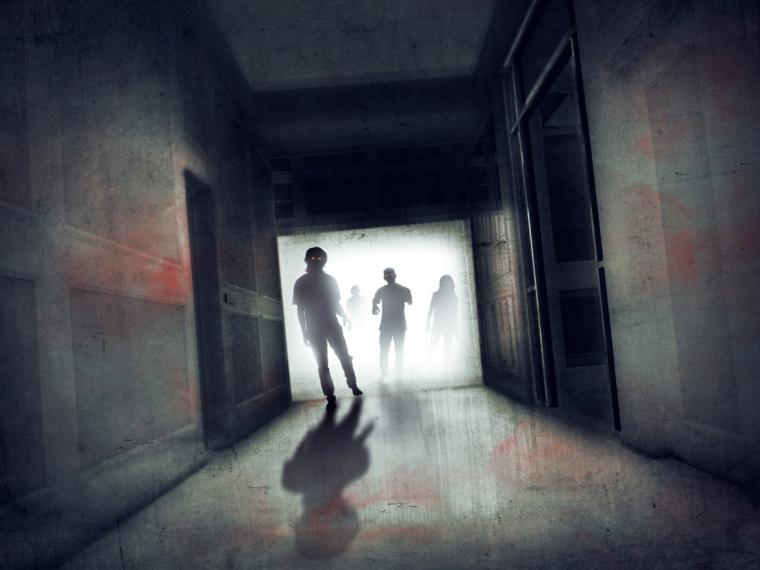 Why is fear useful?

Fear helps to stimulate our fight or flight responses, which on a basic level, help to keep us safe and alive. For both humans and animals, fear heightens awareness levels and as a result, serves as a protective mechanism. 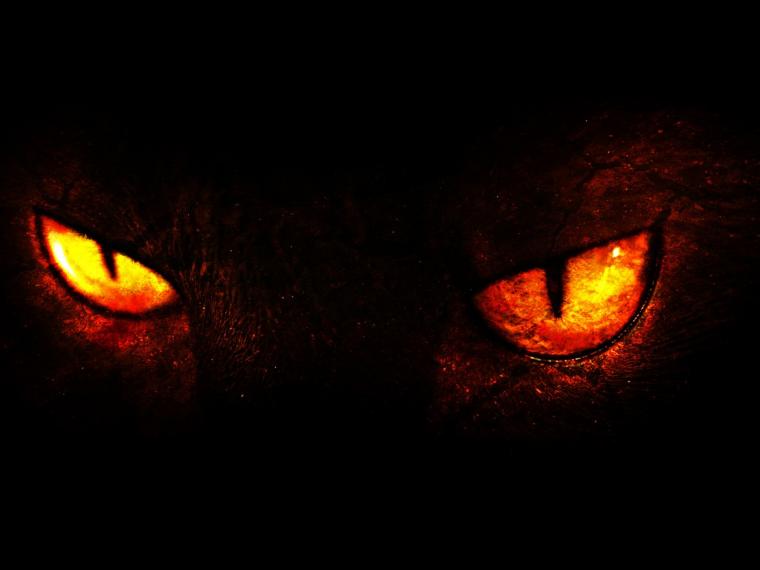 What happens to the body when we experience fear?

When referring to the physiological impact of fear on the body it is often described as the ‘fight or flight’ response. Changes in the body literally prepare to fight or run away.

Breathing rate and heart rate increases, peripheral blood vessels (in the skin, for example) contract, central blood vessels around vital organs dilate to flood them with oxygen and nutrients, and muscles are pumped with blood, ready to react to the situation. 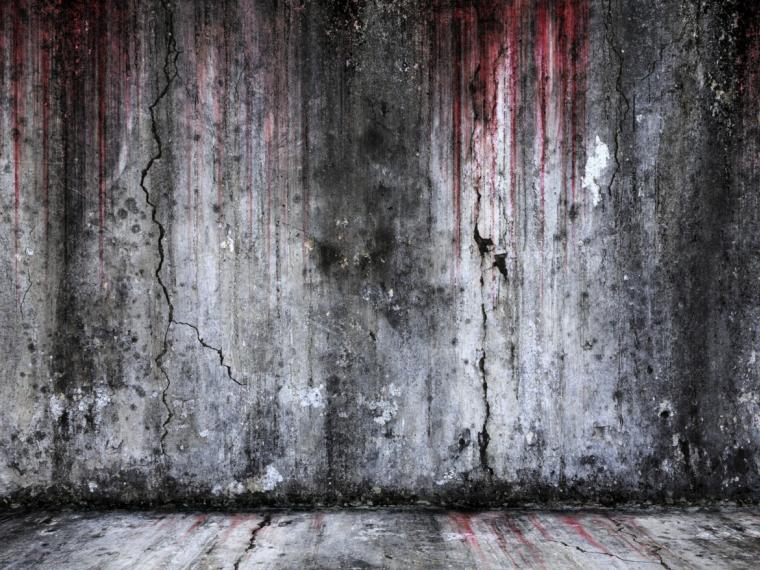 Absolutely not. Your muscles contract, including those at the base of each strand of hair - this is what causes ‘goosebumps’ or piloerection as it’s scientifically known. In terms of your metabolism, glucose levels in the blood in the blood spike providing a ready store of energy, preparing the body for any necessary action. Levels of calcium and white blood cells in the bloodstream also increase for the same reason. 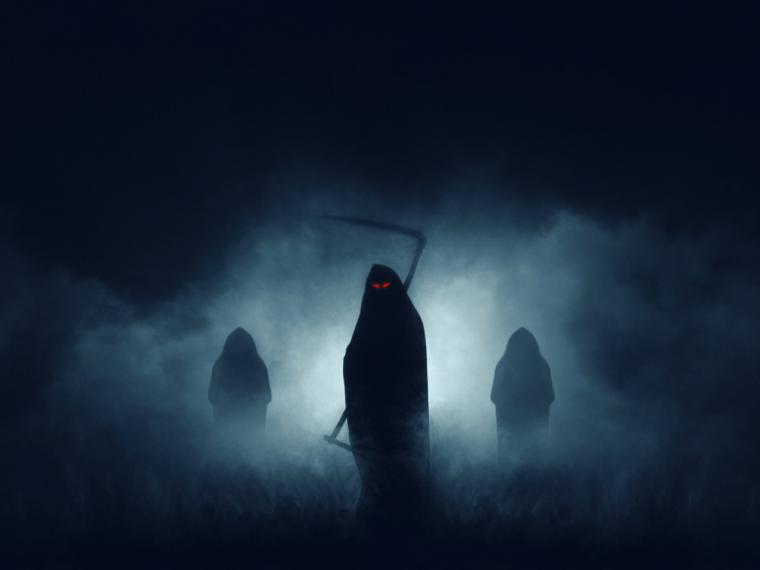 Where does fear begin?

Fear begins in the brain. The response begins in the amygdala, which is able to trigger activity in the hypothalamus, which activates the pituitary gland, where the nervous system meets the endocrine system. At this point, the sympathetic nervous system, a division of the nervous system responsible for the fight or flight response, gives a boost to the adrenal gland, encouraging it to inject a dose of epinephrine into the bloodstream. 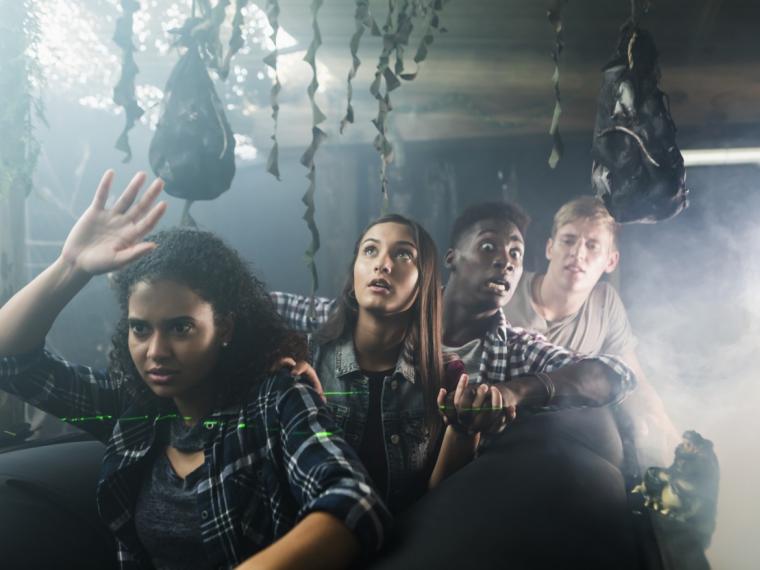 An explosion of hormones

When we are frightened the body also releases cortisol, which causes increased blood pressure, blood sugar, and white blood cells. Circulating cortisol converts fatty acids into energy, ready for muscles to use, if or when necessary. Catecholamine hormones, including epinephrine and norepinephrine, prepare muscles for any required violent action. These hormones can also: increase activity in the heart and lungs; affect the stomach and intestines, which explains the feeling of "butterflies" in the stomach and inhibit the production of tears and salivation, explaining the dry mouth that comes with a fright. They can also cause your pupils dilate, which can create a feeling of ‘tunnel vision’ and hearing capacity is reduced. 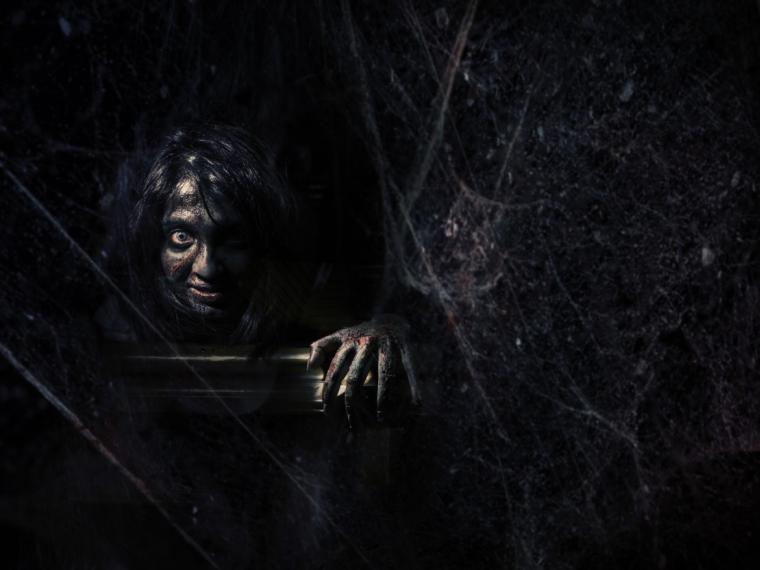 The hippocampus helps control the fear response. This is the region of brain concerned with memory. This is along with the prefrontal cortex, which is part of the brain involved in high-level decision-making. These areas assess threat level and help to  decipher whether our fear response is real and justified, or whether we may have overreacted. 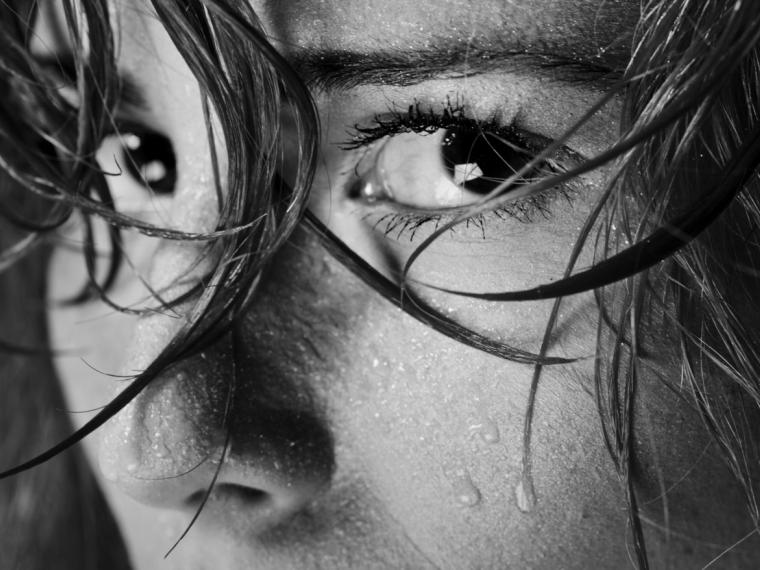 Anxiety in childhood is normal

If you are anxious during childhood, it’s likely that you will outgrow it. Scientists say that most children are anxiety, but by their teenage years levels of anxiety tend to decrease. Sometimes extreme fear and anxiety does persist into adulthood. Neuroscientists are currently working on a way of detecting  Can we tell the difference between anxious kids who will outgrow anxiety and anxious kids who will become anxious adults? At the moment, no, but neuroscientists are working on it. 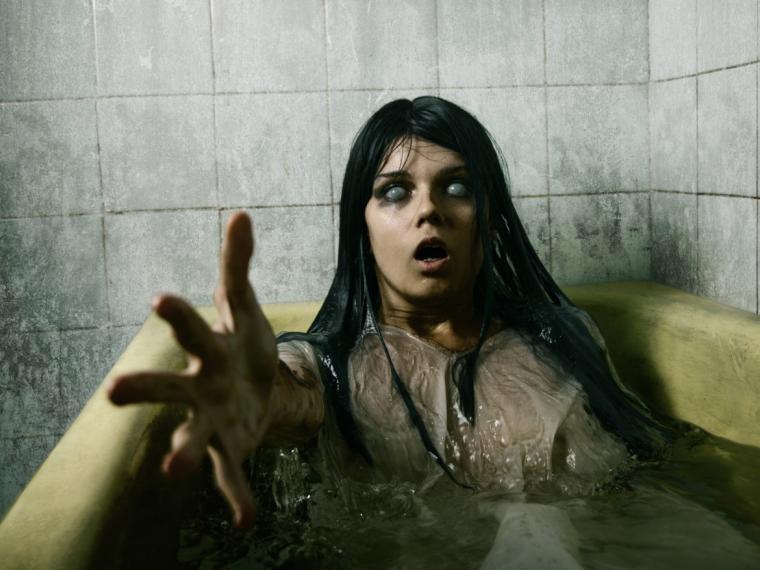 The ‘fight or flight’ response has been studied in depth by psychologists. Another common reaction to fear is an automatic rr  when A 2014 study identified the neurological root of the freeze response to fear, or the idea of being ‘scared stiff’.

While sometimes staying frozen can be the best form of defense, it can also be a huge hindrance. In daily life the freeze response can lead to people becoming paralysed by fear.

Neuroscientists from the University of Bristol identified a brain pathway that may be the root of the universal response to ‘freeze’ when we are afraid. They discovered a chain of neural connections stemming from the cerebellum. When activated by a real or imagined threatening stimuli, these neural connections can cause the body to automatically freeze.

The periaqueductal grey (PAG) is part of the brain that is responsible for dictating how humans and animals respond to perceived danger. The PAG has long been known to receive various inputs about potential threats and trigger automatic reflexive responses that cause us to: freeze in place, give us the blood flow to swiftly take flight, or the adrenaline to fight. 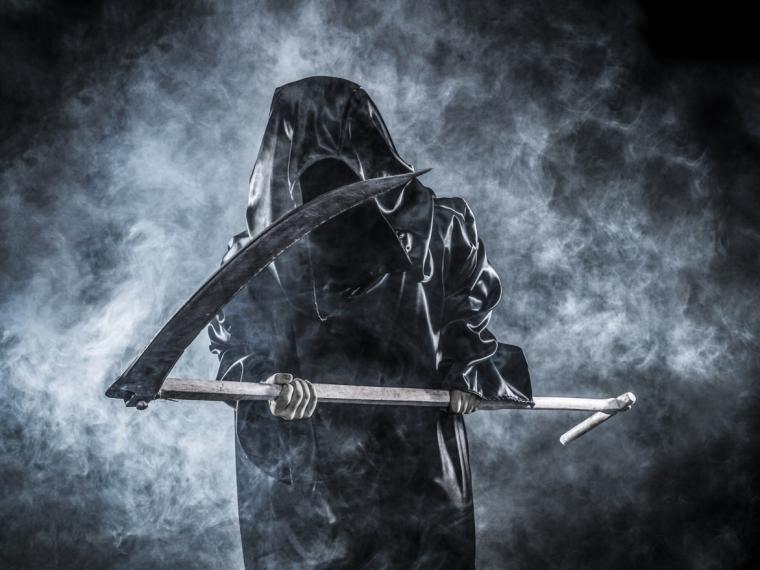 Medical professionals classify phobias as an anxiety disorder. Phobias are an irrational, hyperactive fear of something that most often cannot cause harm. They can be associated with almost anything and significantly impact people's lives. There is no quick and consistent reason why a phobia develops: genes and the environment may be involved. Sometimes the origin can be relatively easy to understand: a person who witnesses the fall of a bridge can develop a bridge phobia.

In general, however, the origins of a phobia are difficult to unravel: after all, most people who witness someone falling off a bridge do not develop a bridge phobia, so there is more than just an experience.

While many questions remain unanswered, scientists have discovered some of the neural events underlying phobias. Given our understanding of amygdala involvement in the response to fear, it is not surprising that phobias are linked to increased activity in this region. One study also found that there was a disconnect between the amygdala and the prefrontal cortex, which usually helps an individual nullify or minimize the fear response. 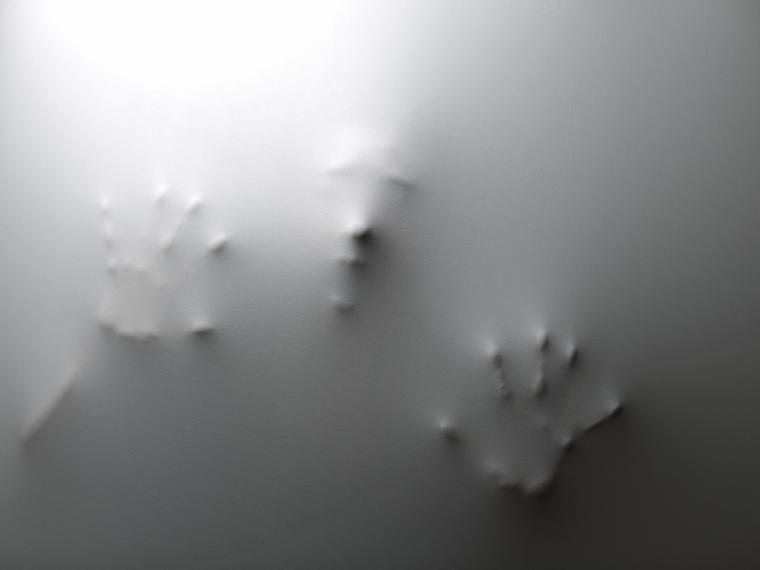 If the fear that you are feeling is fear itself, this means you have a phobia. It is actually quite rare to have a phobia of fear, but it is possible.  There's a name for it, phobophobia, essentially the fear of having a phobia.

One of the most common phobia is arachnophobia, or fear of spiders. Approximately 4% of the world has this ‘irrational’ fear. Some forms of fear are universally felt across cultures, but others can be directly linked to socialisation and cultural background.

In terms of age, young children are often scared of strangers and can fear separation. The next  developmental phase finds children scared, or develop phobias of specific objects (animals, insects etc.) or scenarios (thunderstorms, darkness). In adolescence, fears focus on social experiences, such as humiliation in front of peers. While adults tend to suffer from more abstract forms of fear, such as failure. 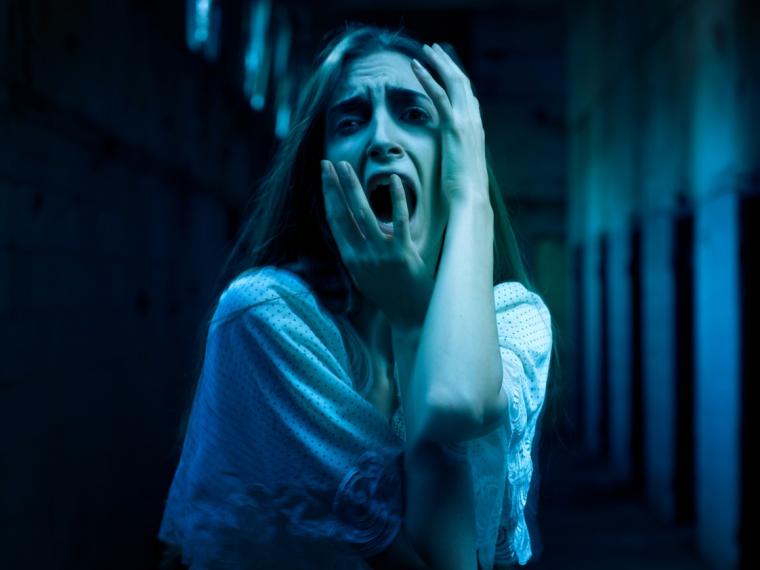 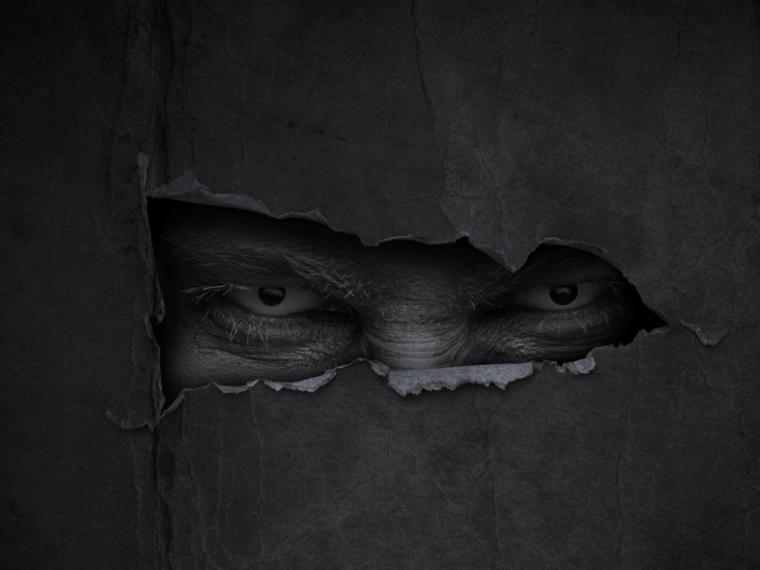 Animals collect information via smell, a skill that humans also have. Though humans do not literally smell fear as such, the nose picks up chemical signals generated by fear. When someone is scared they will excrete chemicals through sweat, called 'chemosignals', which can be contagious. The ability to ‘smell’ fear may explain why fear seemingly spreads quickly when people are in close proximity to each other. 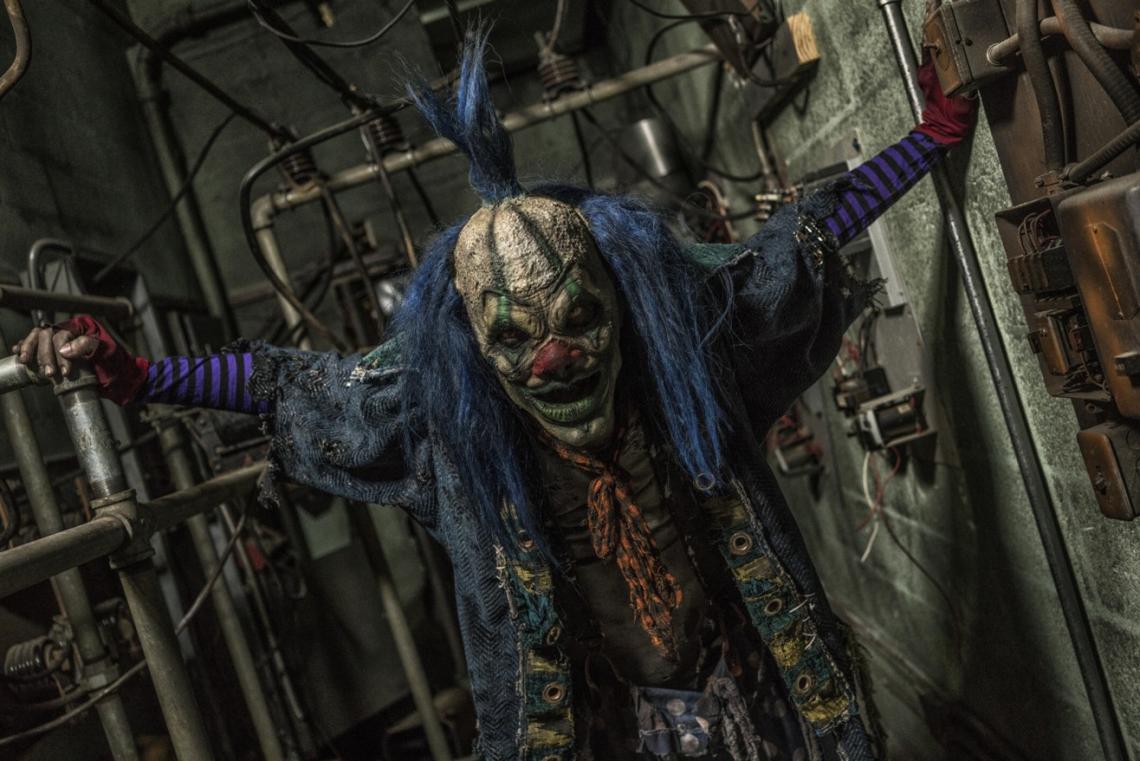 A study published in 2011 found that fear can make a threat look worse than it really is. Although this is not always reality, people who are particularly afraid of something, are more likely to exaggerate the situation. For example a spider, may be believed to be much larger than it actually is.. The same visual miscalculation occurs with those who are afraid of heights; they often overestimate the true distance to the ground when looking over a balcony. Those who fear small spaces or open areas may suffer spatial distortions; claustrophobes tend to underestimate horizontal distances, while acrophobes exaggerate vertical distances. 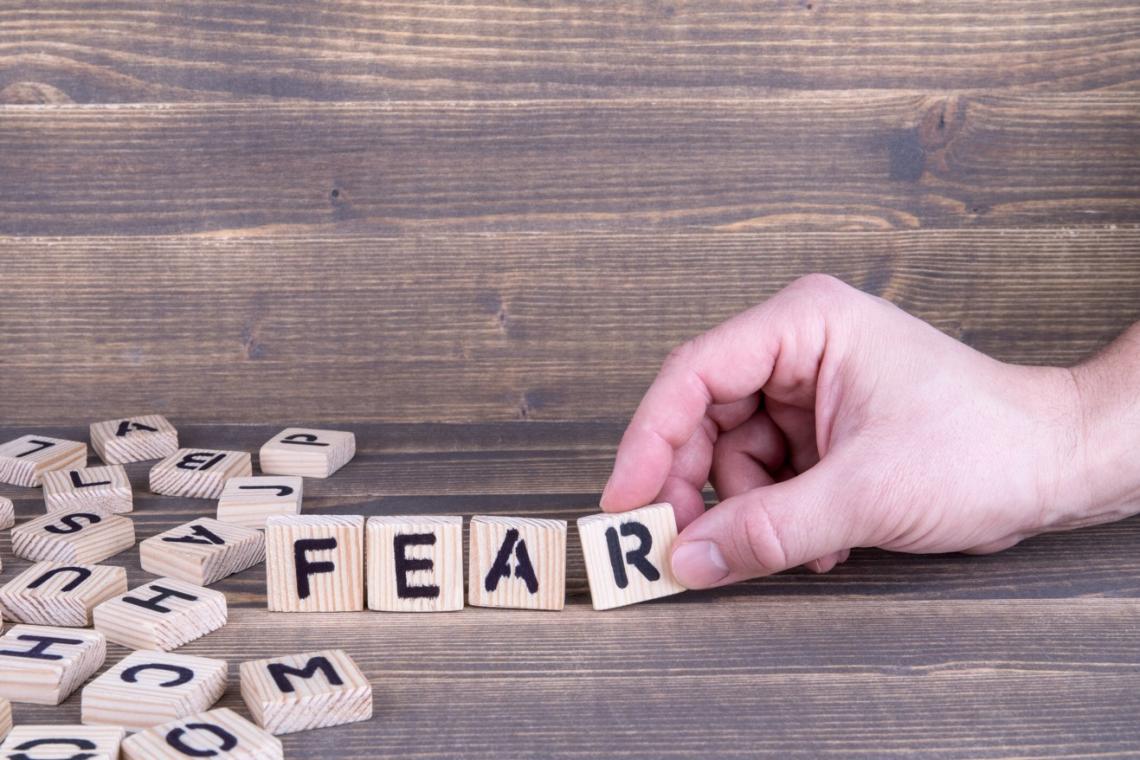 When time seems to slow down...

In a fear invoking situation you may have experience the sensation of time slowing down, or what scientists refer to as ‘time dilation’. For example, you are about to fall off your bike, you know it’s going to happen and  there is nothing you can do to stop it, but at the same time it seems like everything has almost stopped to the point that the experience is seemingly lasting a lifetime. This temporary ‘illusion’ in connected to memory. The more ‘memory’ you have of a particular incident, the longer it will appear to last. Research say that anxious people experience longer time dilation in response to threatening stimuli than those who do not have this issue.

During a crisis, the amygdala adds additional ‘memories’ to the current situation, and since the person experiences such a rich memory response, time appears to slow down.

25 amazing facts and things you didn’t know about astronauts