The Earth is unique among the planets of our solar system. Its particular conditions have given rise to all kinds of life, including millions of species of plants and animals. Planet earth is incredibly diverse: it has high mountains and deep valleys, humid forests and arid deserts, hot and cold climates. Its 195 countries are home to more than 7.5 billion people.

The Earth is the third planet from the sun and has a radius of 6,371 km. It's the fifth-largest planet in our solar system, and it's the only known planet that's likely to have liquid water on its surface. It's also the largest of the four rocky planets.

Its name is also special and unique, as all the other planets of the solar system were named after a Greek or Roman deity, such as Venus, the Roman goddess of love, or Jupiter (Zeus in Greek mythology), for the father of all the gods of Olympus.

Among the best-known facts about our planet, we know that the earth orbits around the Sun once every 365.25 days. Since our calendar years have only 365 days, we add an additional day every four years to modify that difference. This is what we know as a leap year.

Although we can't feel it, the Earth moves through its orbit at an average speed of about 30 kilometres per second. During this circuit, our planet is on average 150 million kilometres away from the sun, a distance that takes sunlight about eight minutes to reach the Earth. Astronomers define this distance as an astronomical unit (AU), a measure that serves as a cosmic practice.

The Earth rotates on its axis every 23.9 hours, defining day and night for the inhabitants of the surface. This axis of rotation is tilted at 23.4 degrees from the plane of the Earth's orbit around the Sun, giving us the precious seasons.

Whichever hemisphere leans closer to the sun, it experiences summer and vice versa. In spring and fall, each hemisphere receives similar amounts of light. On two specific dates each year called equinoxes, both hemispheres are equally illuminated.

Would you like to know more about the Earth? 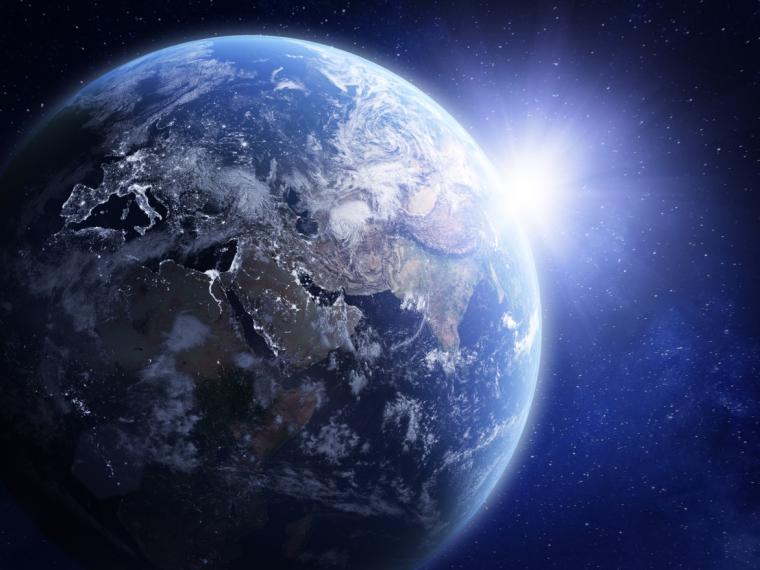 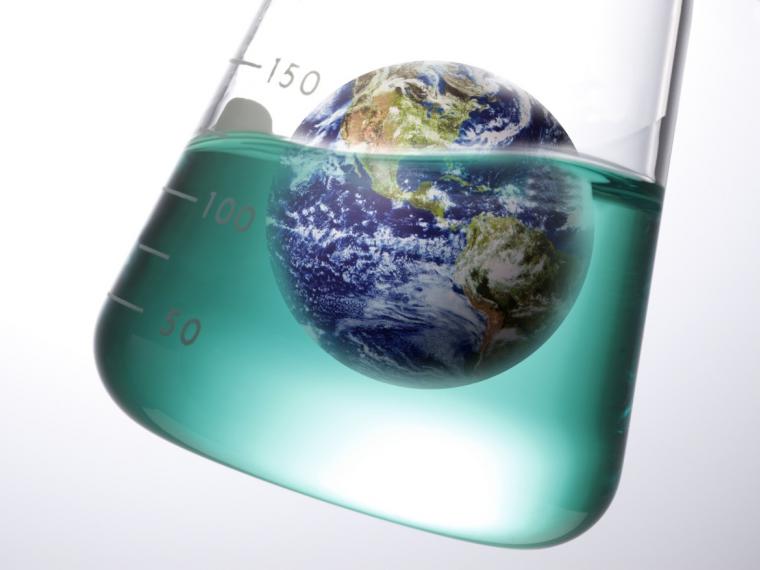 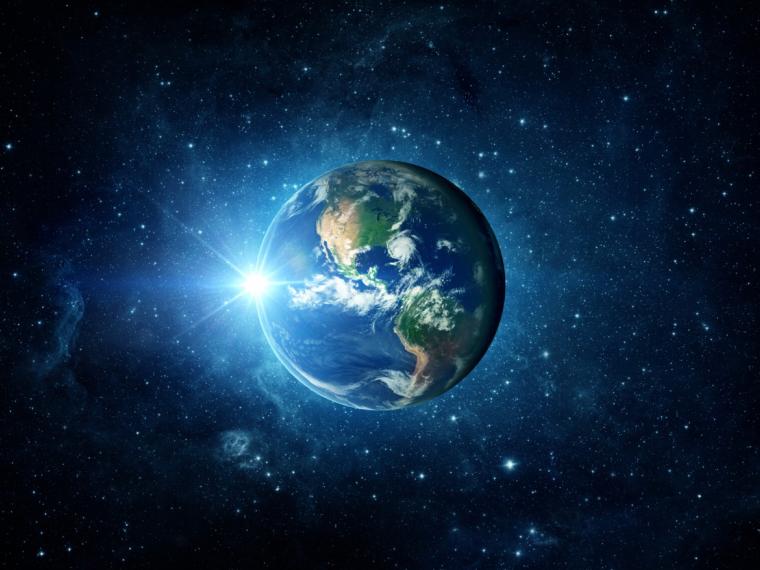 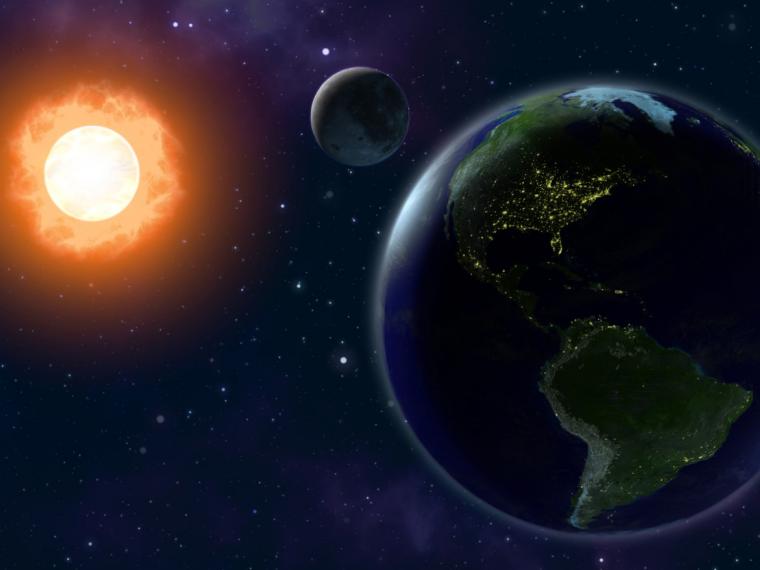 Distance to the sun and moon 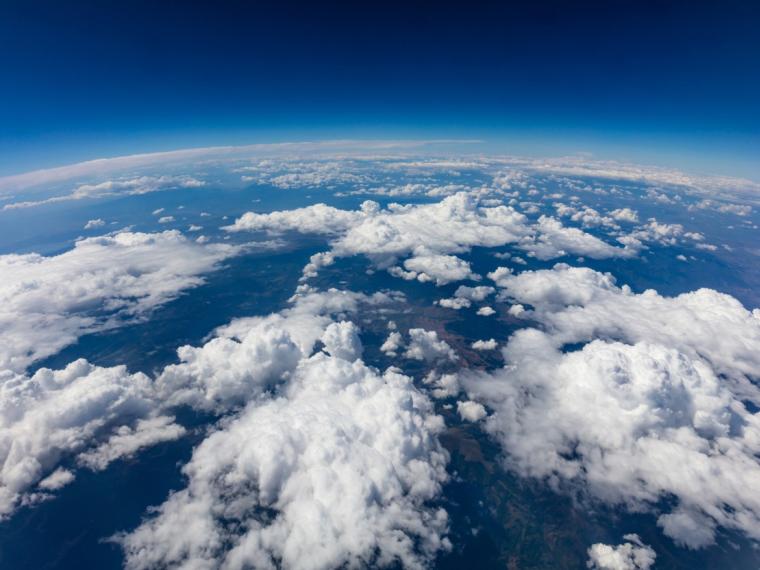 The Earth's atmosphere is composed of 77% nitrogen, 21% oxygen and traces of argon, carbon dioxide and water. The five main layers of the atmosphere, from the lowest to the highest, are the troposphere, stratosphere, mesosphere, thermosphere and exosphere. 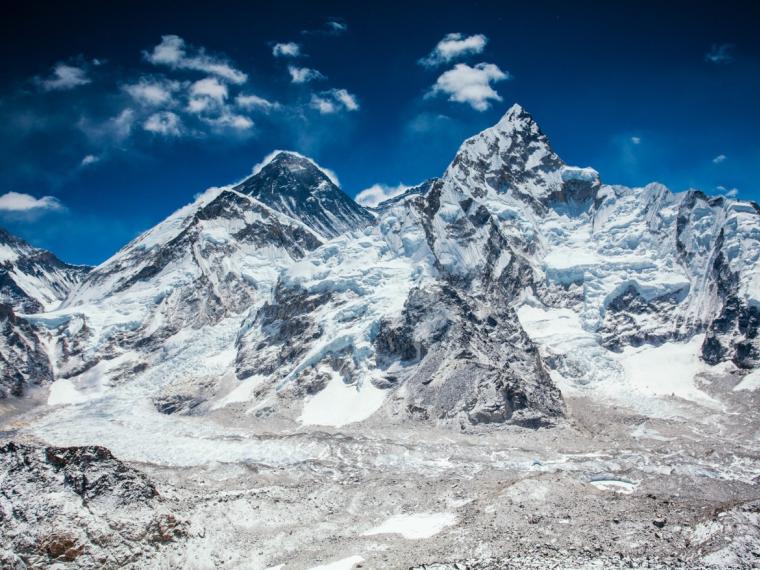 What is the highest point on Earth?

The highest point on Earth is Mount Everest, a peak in the Himalayas that reaches 8,848 meters above sea level. The first confirmed ascent of the mountain took place on May 29, 1953. On that day, New Zealander Edmund Hillary and Nepali Sherpa Tenzing Norgay crowned the summit of Mount Everest for the first time in history. They were crowned the "top of the world". 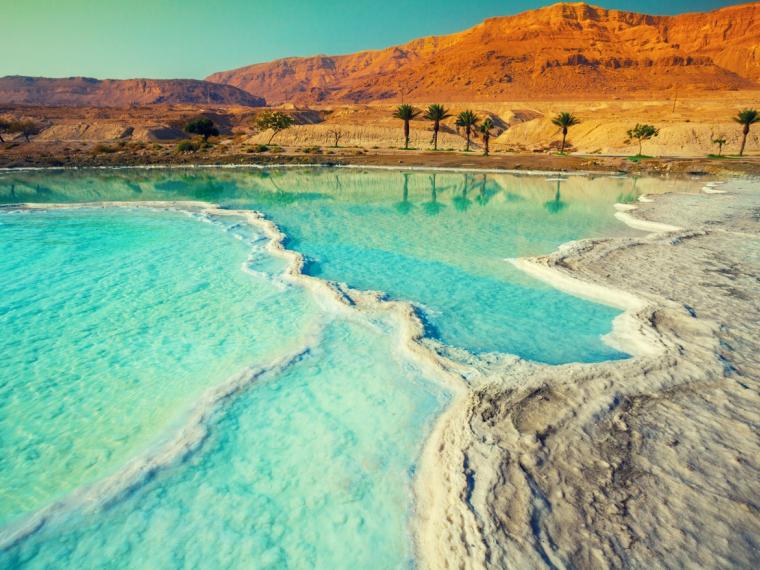 The lowest elevation on earth

The lowest point on Earth is the Dead Sea of Israel, which reaches 417 meters below sea level. The sea is known for its high salt content, which allows swimmers to virtually float in the water. Despite its name, it is a very lively place, as we can find pelicans, some types of storks, crustaceans such as artemia salina and a great abundance of halophilic microorganisms, that is, organisms adapted to live in waters with high amounts of salt. 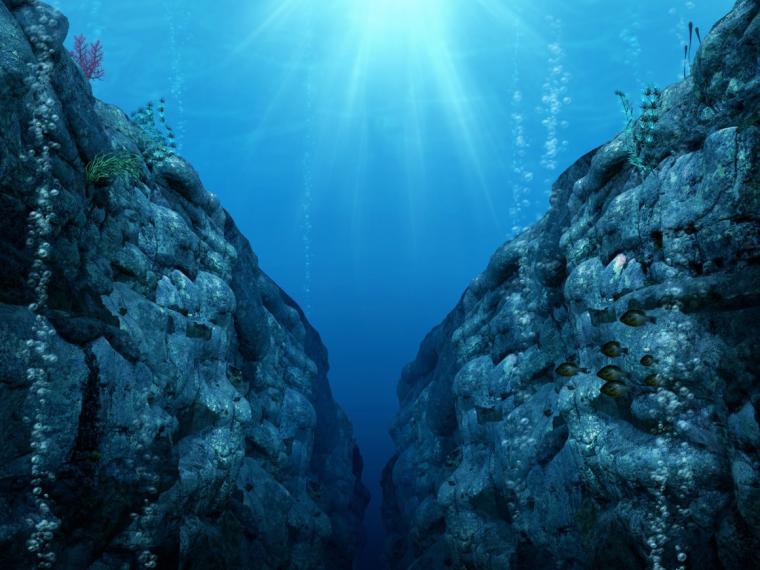 What is the deepest place in the ocean?

The lowest point on earth in the ocean is a section of the Mariana Trench known as the 'Challenger's Deep' or 'Challenger's Chasm'. It is 10,898 to 10,916 meters (33,000 to 33,000 feet) below sea level. The high water pressure in this area makes it very difficult to explore (it is approximately 1095 times greater than the surface). In 2012, explorer and film director James Cameron became "the first person to descend alone to the lowest point on earth. 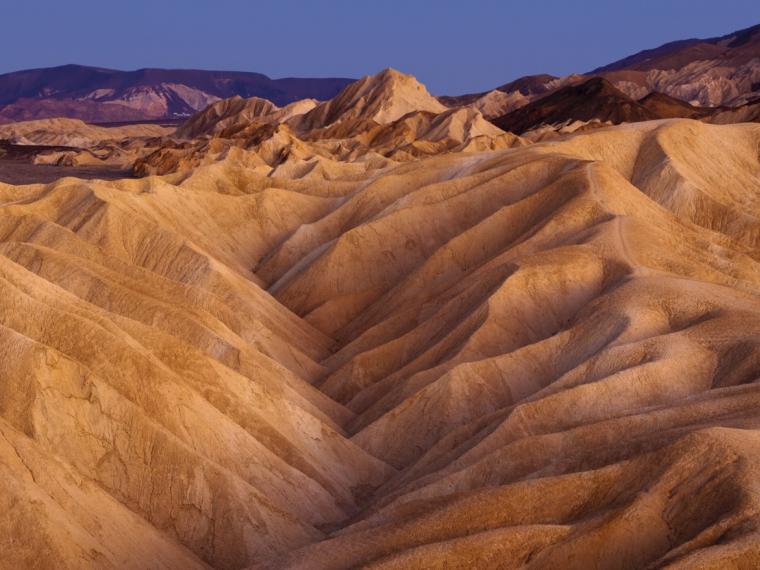 The highest recorded temperature on Earth is 56.7°C. It occurred at Greenland Ranch in California's Death Valley, USA, on July 10, 1913. The second highest was recorded in San Luis Rio Colorado, in Sonora (Mexico), with a total of 52.5 ºC. It was on June 15, 1966, and without a doubt, it is the highest weather record in the world. 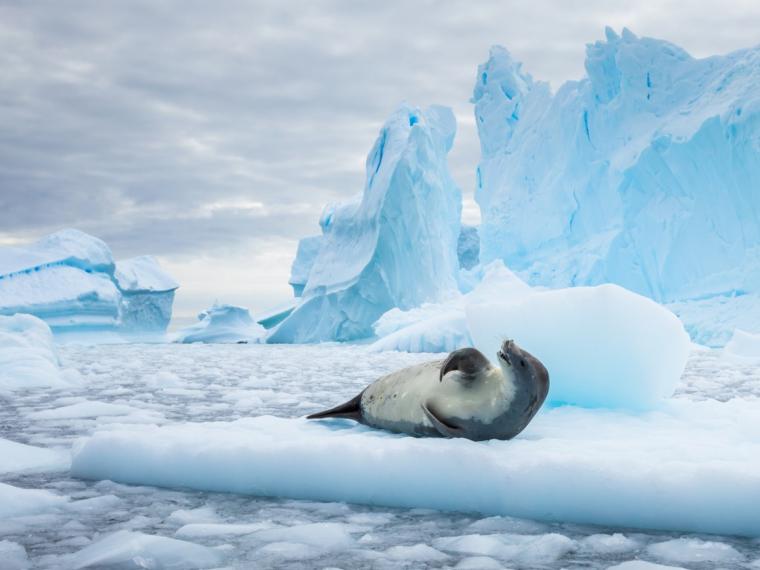 As it could not be otherwise, the lowest temperature recorded on Earth was in Vostok, in Antarctica. It happened on July 21, 1983, and the temperature dropped to -98 ºC. This record was obtained with satellite data from about 100 sites located on the East Antarctic ice sheet. The Vostok base is a Russian research station in East Antarctica at an elevation of 3,489 meters. 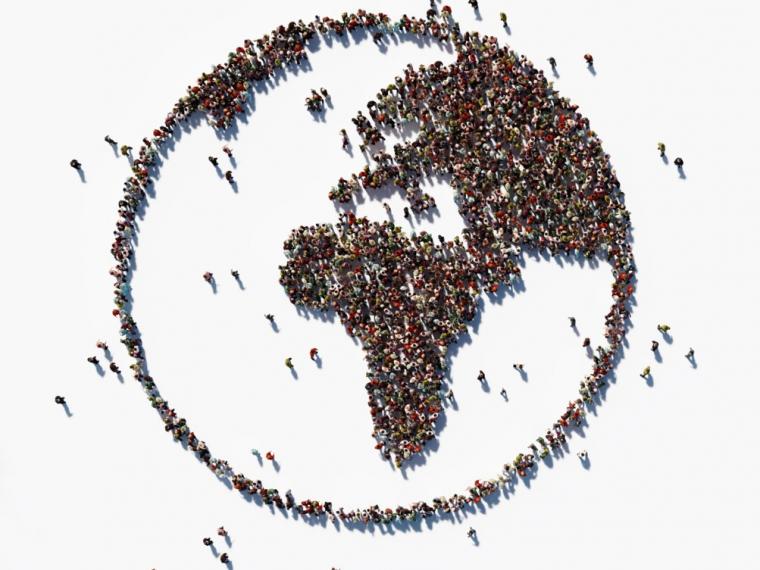 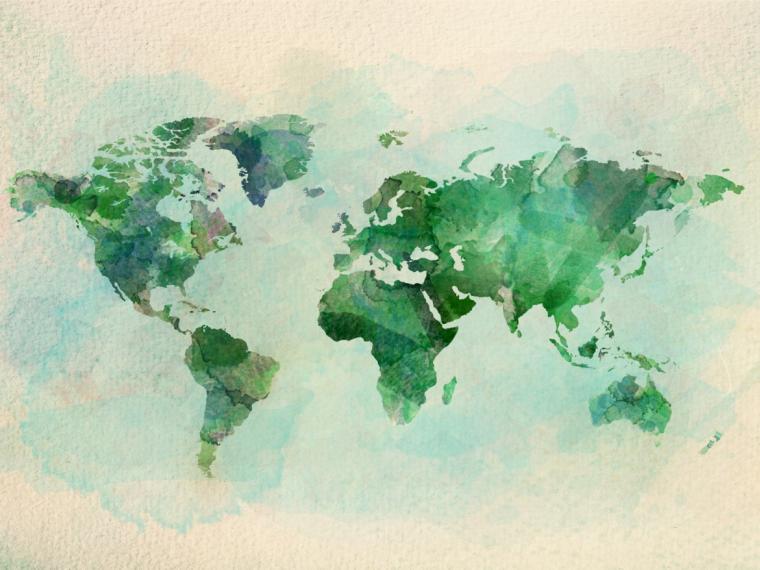 How many countries are there?

There are 195 countries in the world, including the Holy See (the Vatican City-State) and the State of Palestine, both recognized by the United Nations as "non-member observer states". The newest country in the world is Southern Sudan, which was founded in 2011 after separating from the Republic of Sudan. 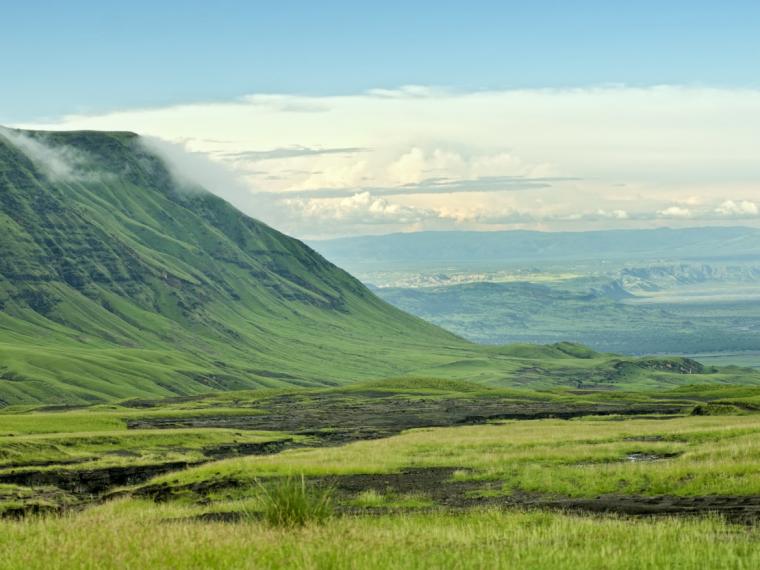 On March 19, a huge chasm emerged in Kenya's Great Rift Valley after heavy rains and seismic activity. The rift measured several kilometres long and was more than 15 meters wide, and represents the changes that are currently taking place deep below the Earth's surface, in crustal plates underneath Africa. Remember that Africa sits on two plates: most of the continent rests on the Nubian plate, but part of eastern Africa is on the Somali plate. Tectonic changes, driven by the active mantle, are separating the plates, which can open cracks in the surface. However, it will take tens of millions of years before the continent separates into two parts. 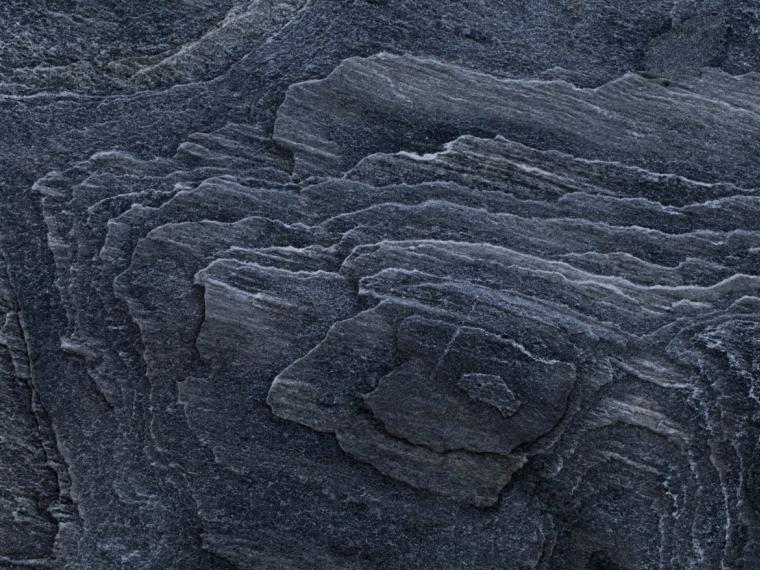 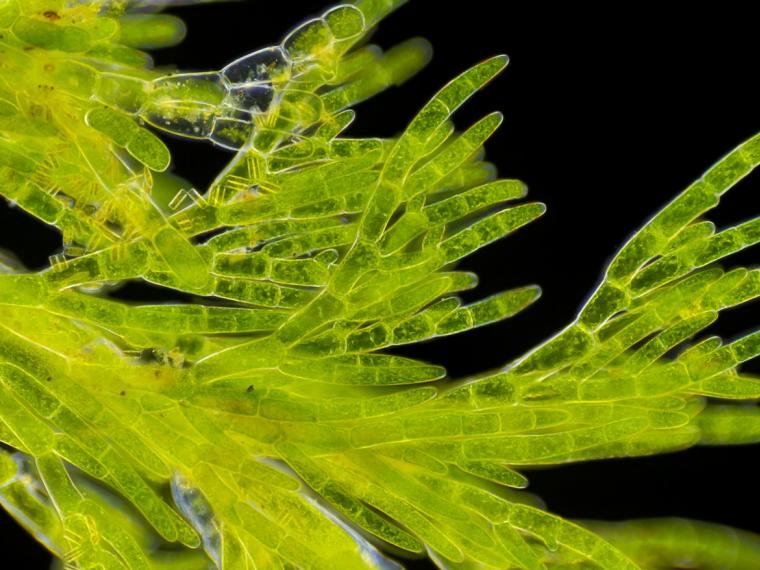 Did you know that Amazonian plants are enriched with African sand? Diatoms are microscopic marine organisms that get their energy from the sun and nutrients from silicon, a source that comes from rock ground up by glacial ice. The glow of their flowers can even be seen from space, turning the sea a brilliant cobalt blue. 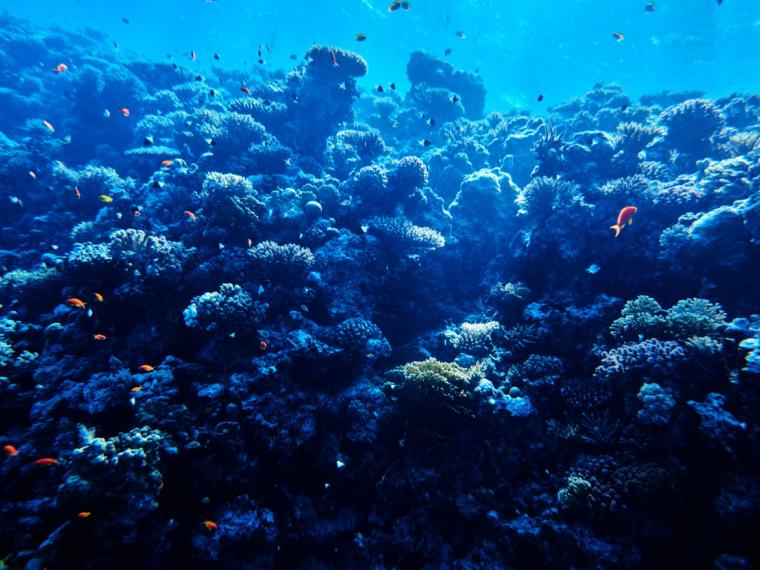 The shape of the seabed

As the Earth warms, glaciers melt and ice sheets pour water into the oceans, raising sea levels around the world. At the same time, the weight of all that extra water is pushing down the sea floor. In 2018, a team of scientists published a study in the journal Geophysical Research Letters exposing how melting ice flowing off the land may have affected the shape of the ocean floor between 1993 and the end of 2014. They found that global ocean basins were deforming at an average rate of 0.1 millimeters per year, with a total deformation of 2 mm over two decades. Since satellite measurements of sea level changes do not explain a lower ocean floor, these findings suggest that data from earlier studies may underestimate sea level rise by about 8 per cent, the experts concluded. 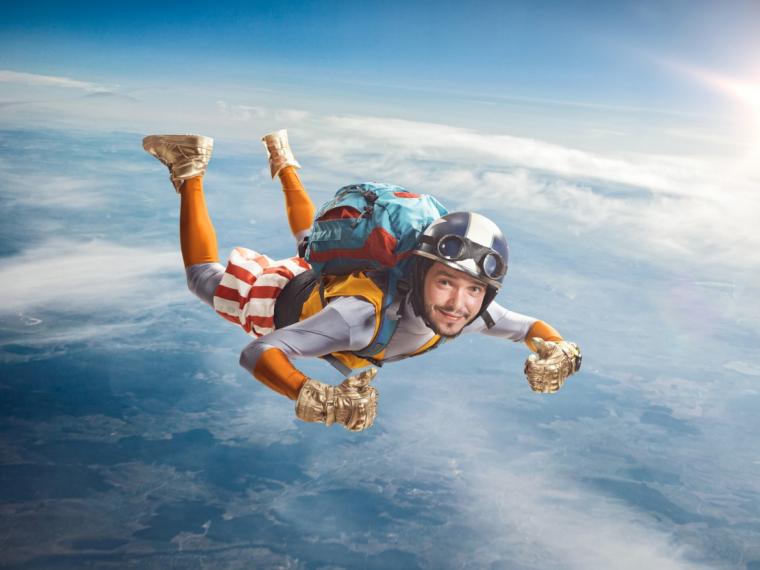 Did you know that the Earth's gravity is uneven?

Because our globe is not a perfect sphere, its mass is distributed unevenly. And uneven mass means slightly uneven gravity. A mysterious gravitational anomaly exists in Canada's Hudson Bay. This area has a lower gravity than other regions, and a 2007 study found that melting glaciers were to blame.

The ice that once covered the area during the last ice age melted long ago, but the Earth has not fully recovered from it. Since the gravity over an area is proportional to the mass over that region, the gravity is a little less strong in the footprint of the ice sheet. Slight crustal deformation accounts for 25 to 45 percent of the unusually low gravity. The rest can be explained by drag caused by the movement of magma in the Earth's mantle (the layer just below the crust), the researchers explained in the journal Science. 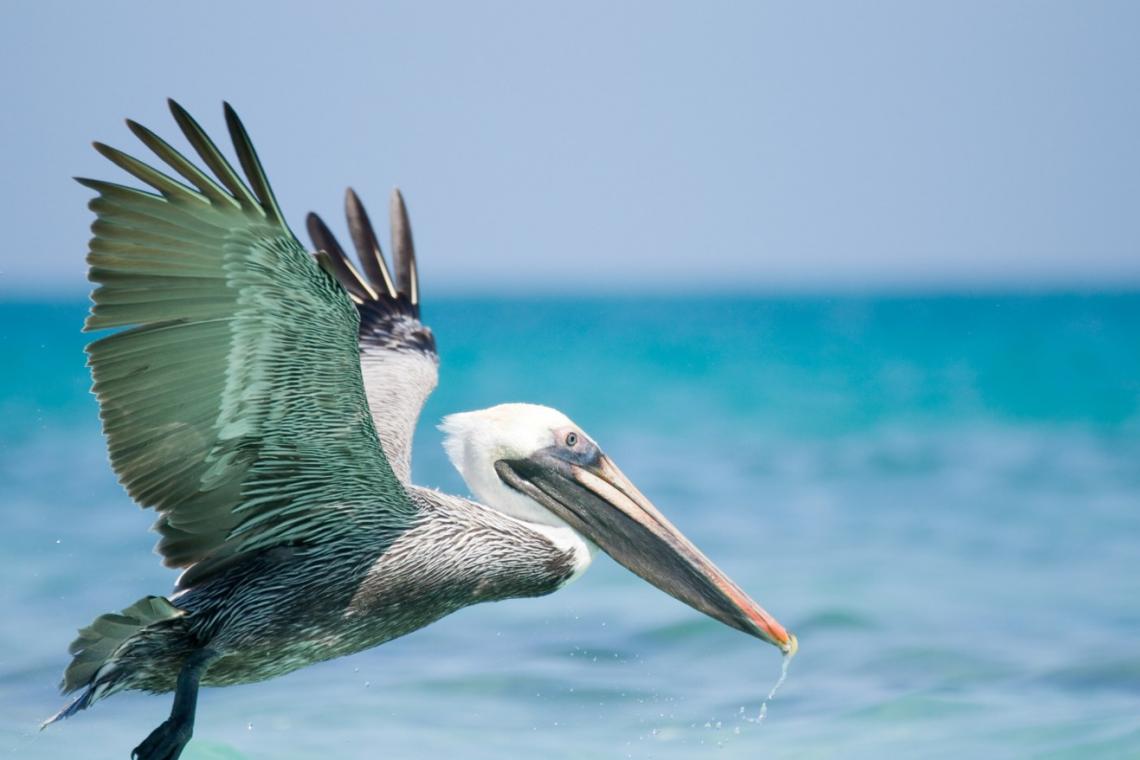 A world rich in birds

There are between 9,000 and 10,000 species of birds in the world. Surprisingly, in Colombia or Peru alone there are more than 1,800. The most common species is not the dove or the sparrow, but the domestic chicken, of which there are about 24 billion specimens. Pheasants and quails are the next most numerous.

What can we discover about dogs’ health by observing their excrements?