As with many other infectious diseases, TB is primarily spread through the respiratory tract directly from an infected person who releases live bacteria into the air. Tiny droplets expelled when sneezing, coughing, or talking can contain hundreds of TB bacilli that a healthy person can inadvertently inhale.

As a result of the body's defensive reaction to the infection, visible tubular-shaped nodules called tubers (because they are similar in shape to soil tubers, such as potatoes) form in the airways. The disease causes everything from barely visible nodules to large masses of tuberculosis in tuber clusters. Hence the name of the disease: tuberculosis.

The bacteria that cause tuberculosis use blood to infect the rest of the body. In very young children, the elderly and immunosuppressed adults (organ transplant recipients, cancer patients or HIV patients, for example), the primary infection can spread throughout the body, causing miliary tuberculosis, a highly fatal form if not treated properly.

Here is a brief overview of the history of TB. 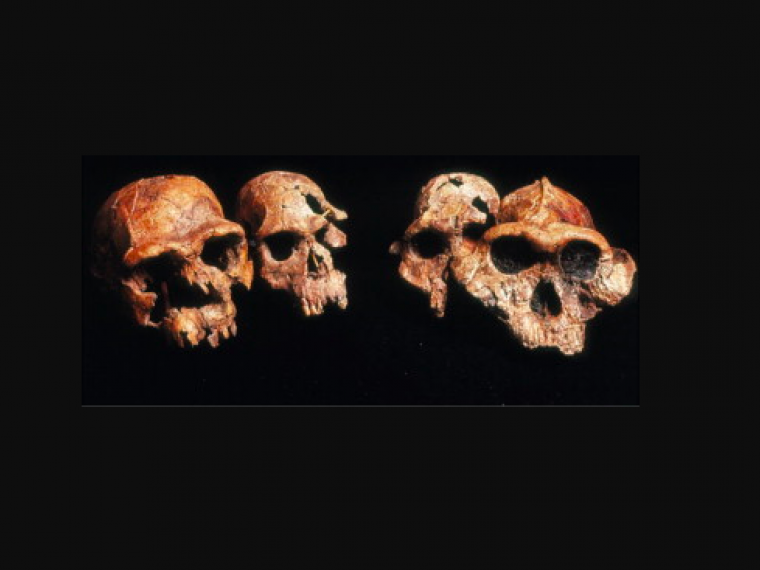 The clearest evidence that M. tuberculosis bacteria and humans have coexisted since prehistoric times comes mainly from studies of fossil samples collected from Neolithic human settlements in the eastern Mediterranean.

However, a study published in The Lancet in 2005 estimated that tuberculosis may have existed in primitive human ancestors who lived three million years ago in East Africa. 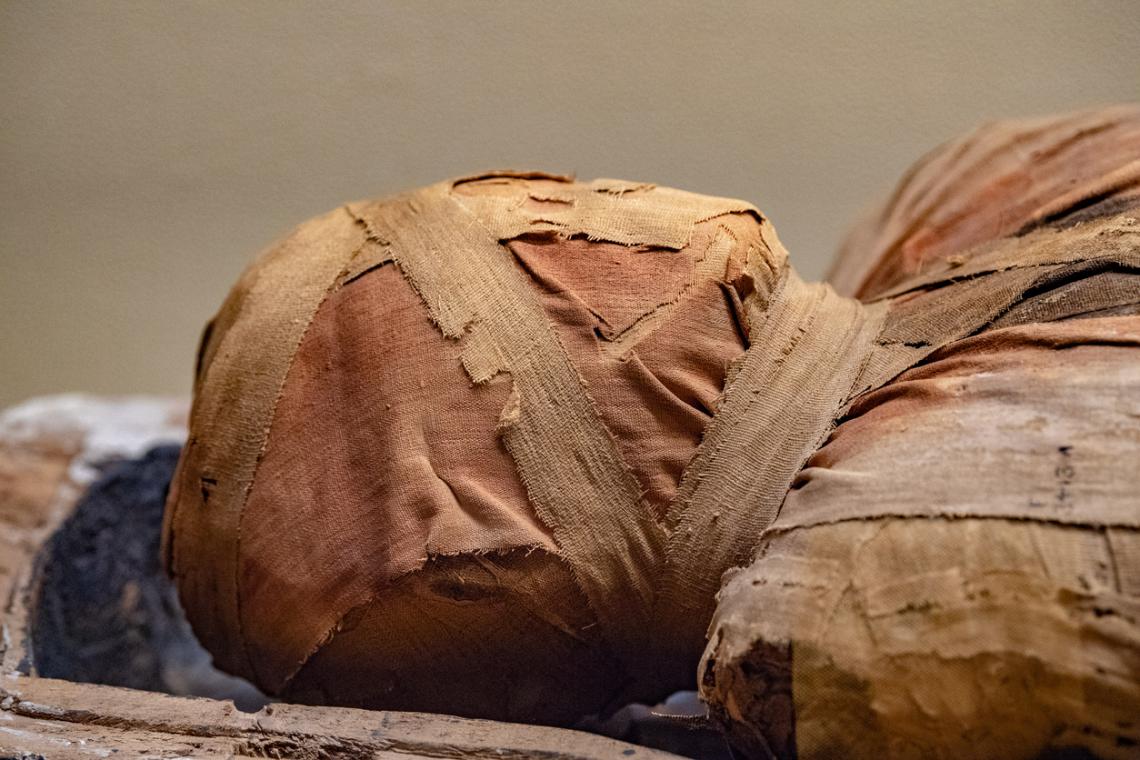 The mummified remains of ancient Egyptians that have been analyzed in modern times found evidence of infection by this bacterium. But, in addition, there is evidence that the Egyptians not only suffered from this disease, but also tried to fight it as much as they could: preserved papyrus testify that the treatments consisted mainly of animal blood, either ingested or inoculated into a vein. 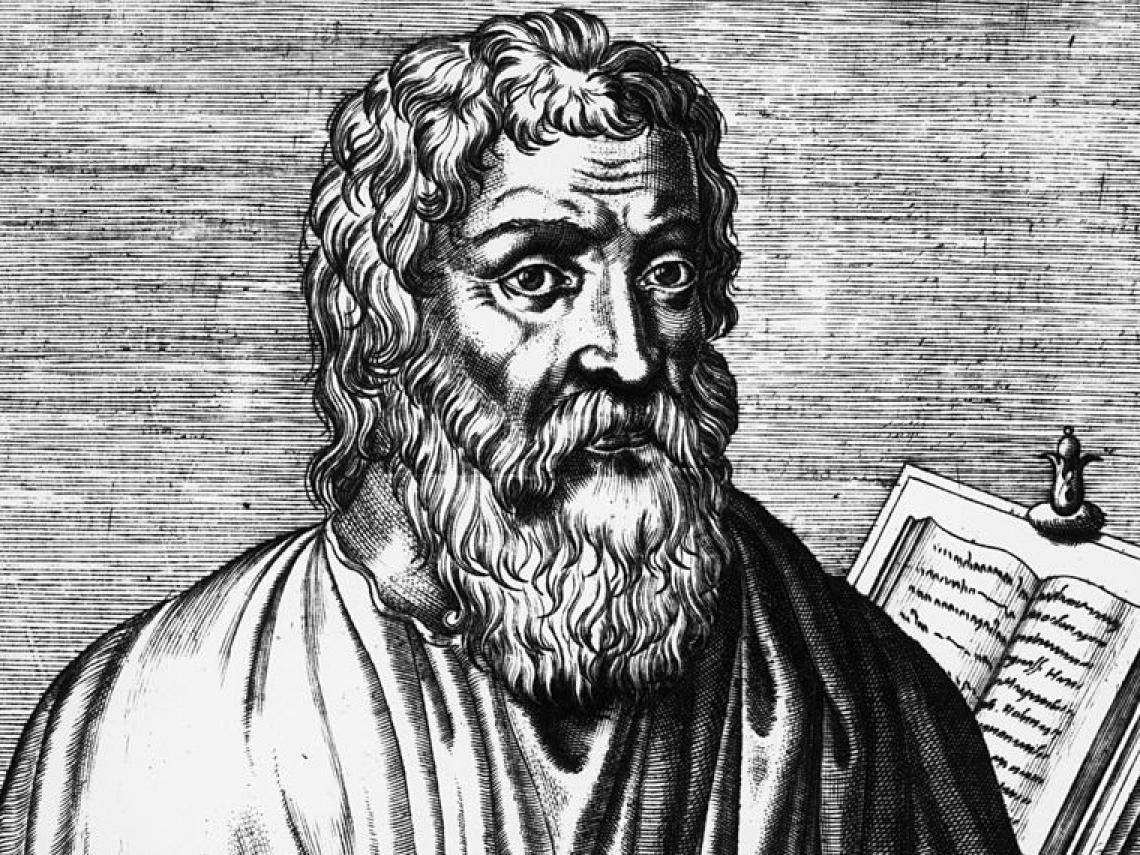 At the height of ancient Greek civilization, some 2400 years ago, the great thinkers and scientists of that time were still far from correctly cataloguing this disease.

According to the Encyclopedia Britannica, the writings of the Greek physician Hippocrates contain references to something called 'wasting', which has been associated with tuberculosis. Hippocrates believed that tuberculosis was not a contagious disease, but a food-borne disorder. Hot baths, sexual abstinence, drinking wine and animal blood, and psychological support were indicated to treat it. 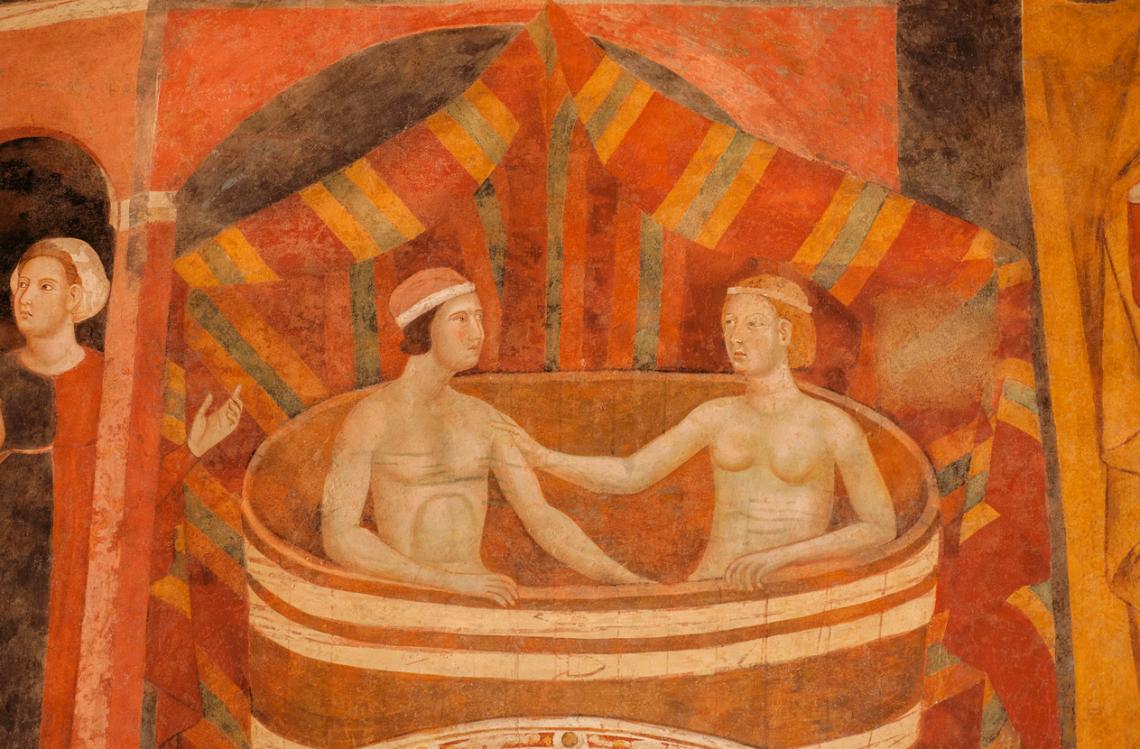 In European medical writings throughout the Middle Ages and up to the Industrial Revolution, tuberculosis was called consumption, 'white plague' (to differentiate it from the deadly black plague) or wasting, in reference to the progressive erosion of the victim's health and vitality as the disease developed.

But very little was known about this disease. At that time, the cause was assumed to be primarily constitutional, either as a result of an inherited disposition or an unhealthy lifestyle. 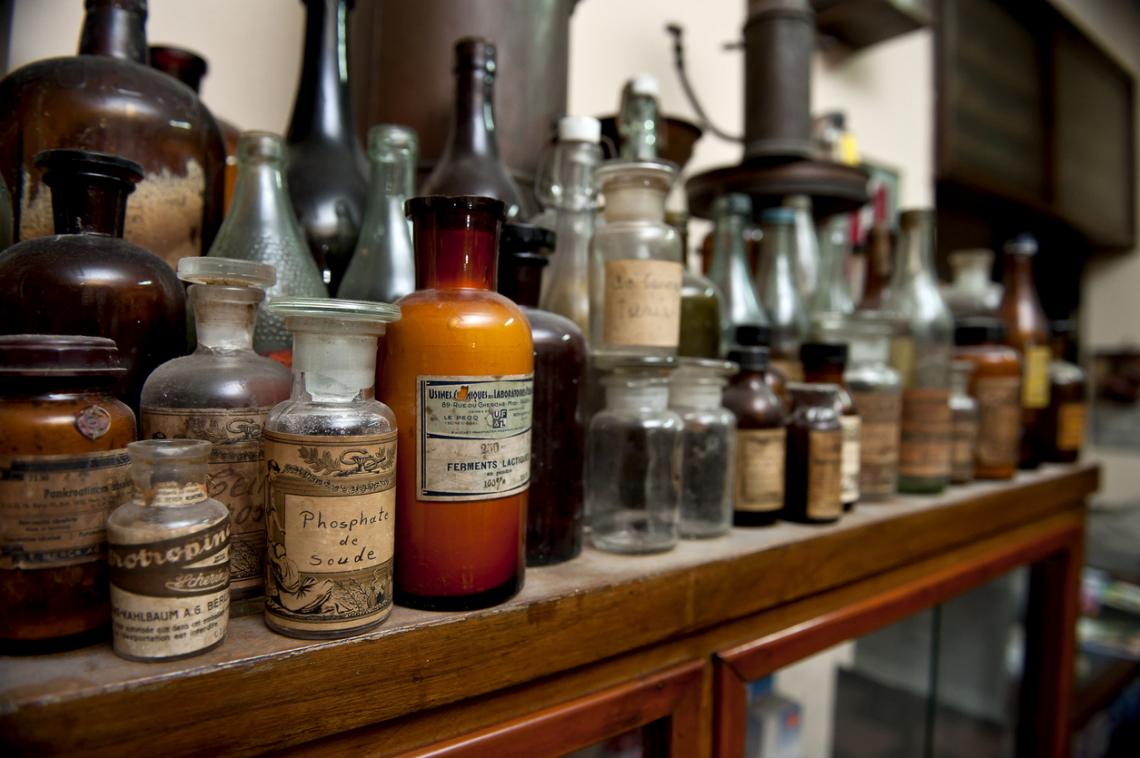 Centuries in the dark

For centuries, treatments consisted of regular bleeding, administration of expectorants and purgatives, hot baths, a healthy diet, physical exercise such as vigorous horseback riding, and, in the final stages of the disease, administration of pain-relieving substances such as opiates.

From 1492, new substances from the new world also began to be used as a treatment, such as tobacco, coffee and cocoa. In the Near East, the Arabs used milk baths, seeds, minerals such as arsenic and sulphur, myrrh and balsams.

Humanity still did not have a clear picture of the bacteria that causes tuberculosis disease. Their understanding was more like a blank canvas. 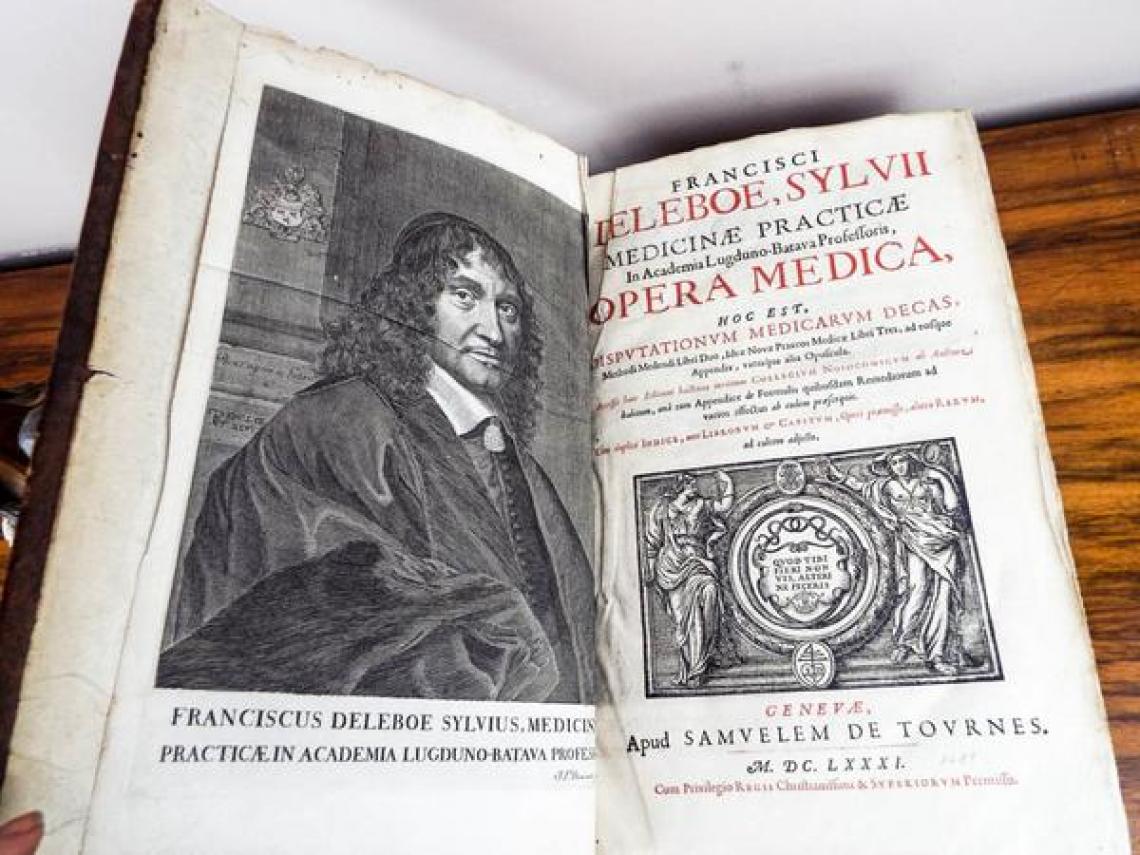 The exact pathological and anatomical description of the disease was illustrated in 1679 by Francis Sylvius, in his work Opera Medica. In it, he describes the tubers, their progression to abscesses, cavities and empyema in the lungs. At this point, the disease begins to be called tuberculosis, and not consumption, as it was known until then.

The first official reference to the infectious nature of tuberculosis is found in Italian health legislation, in particular in an edict issued by the Republic of Lucca in 1699.

In 1735, the Republic's Health Board ordered the compulsory notification and isolation of consumers, prohibiting their admission to public hospitals and establishing specific places for their treatment. 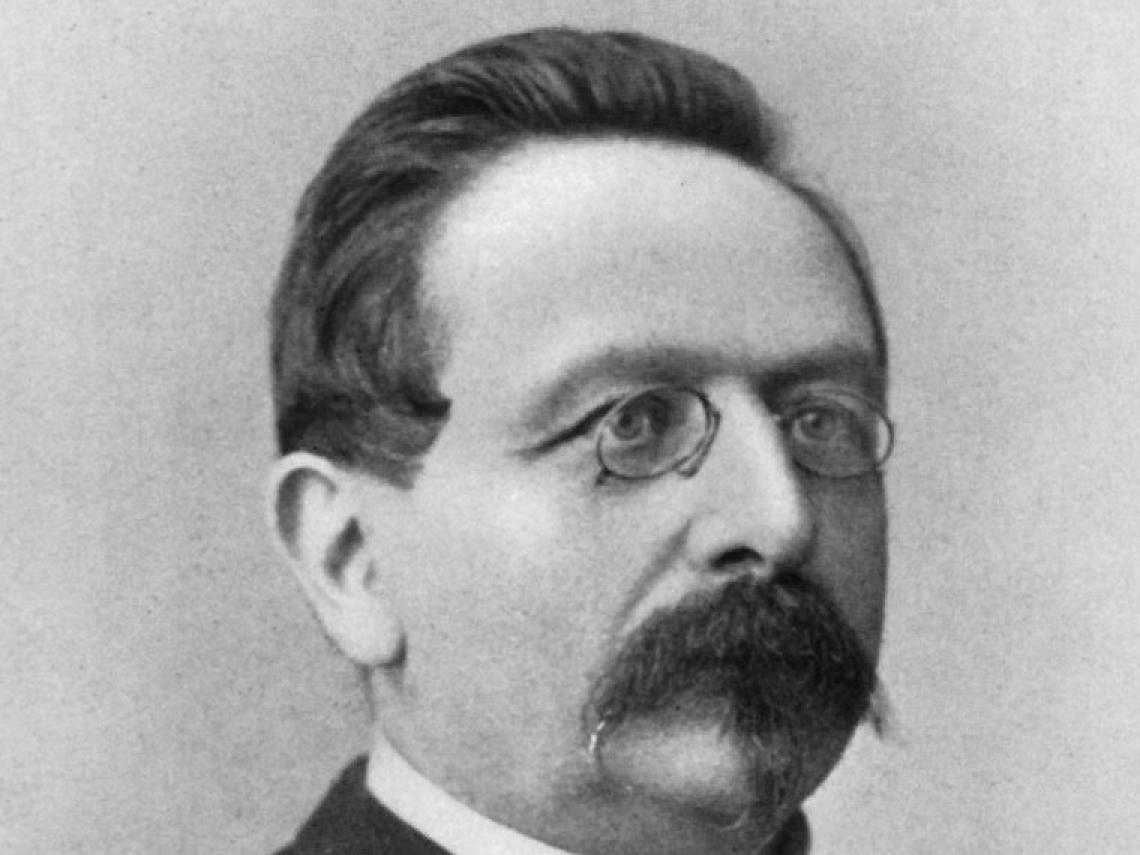 Although the idea that tuberculosis was a contagious disease already had some followers, it took centuries before it was finally proven to be so.

In 1865 Jean Antoine Villemin, a military doctor in Paris proved that the disease could be transmitted from sick animals to healthy animals by inoculation. 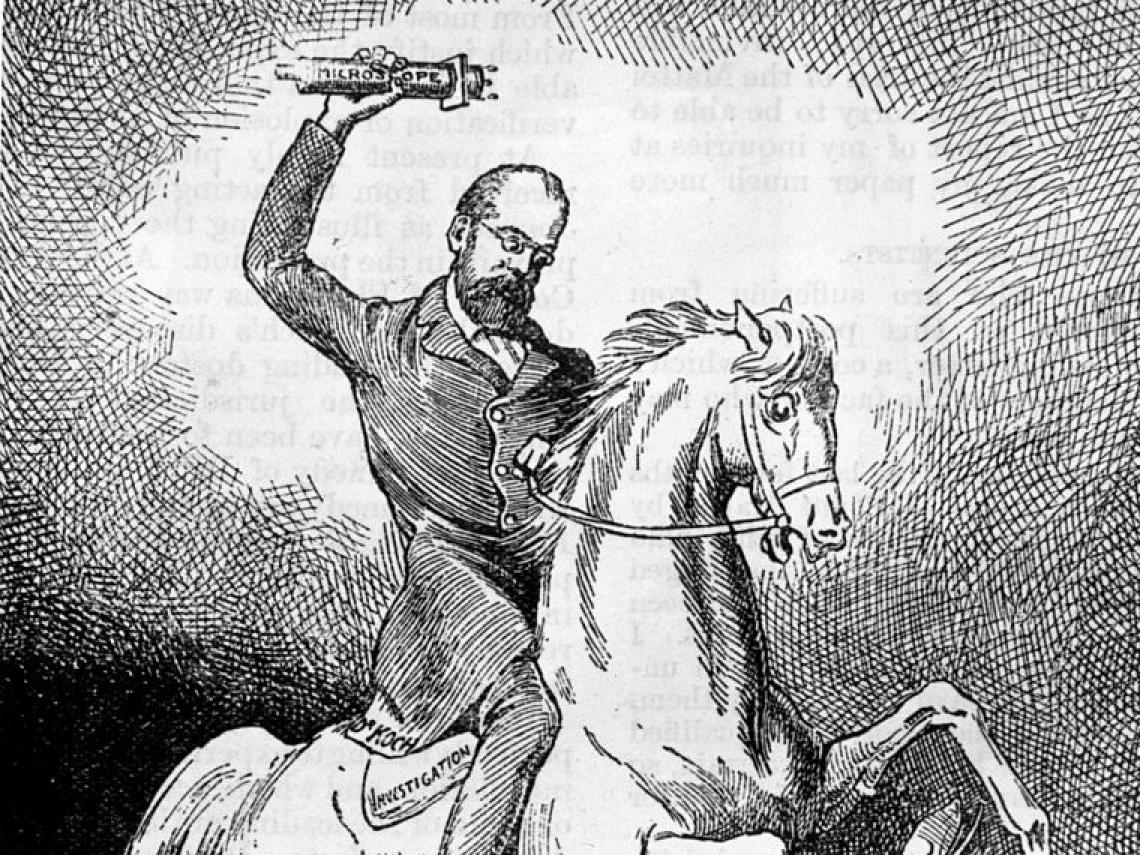 Although there were strong indications that tuberculosis was caused by an infectious agent, the organism had not yet been isolated and identified. Finally, German physician Robert Koch, one of the founders of bacteriology, discovered the tubercle bacillus in 1882 and established its presence in the tissues of animals and humans suffering from the disease.

In addition, Koch discovered the disease cycle of anthrax and the bacteria responsible for cholera, a disease that, like tuberculosis, he investigated for years. Finally, he would receive the Nobel Prize in Physiology or Medicine in 1905 for his research on tuberculosis. 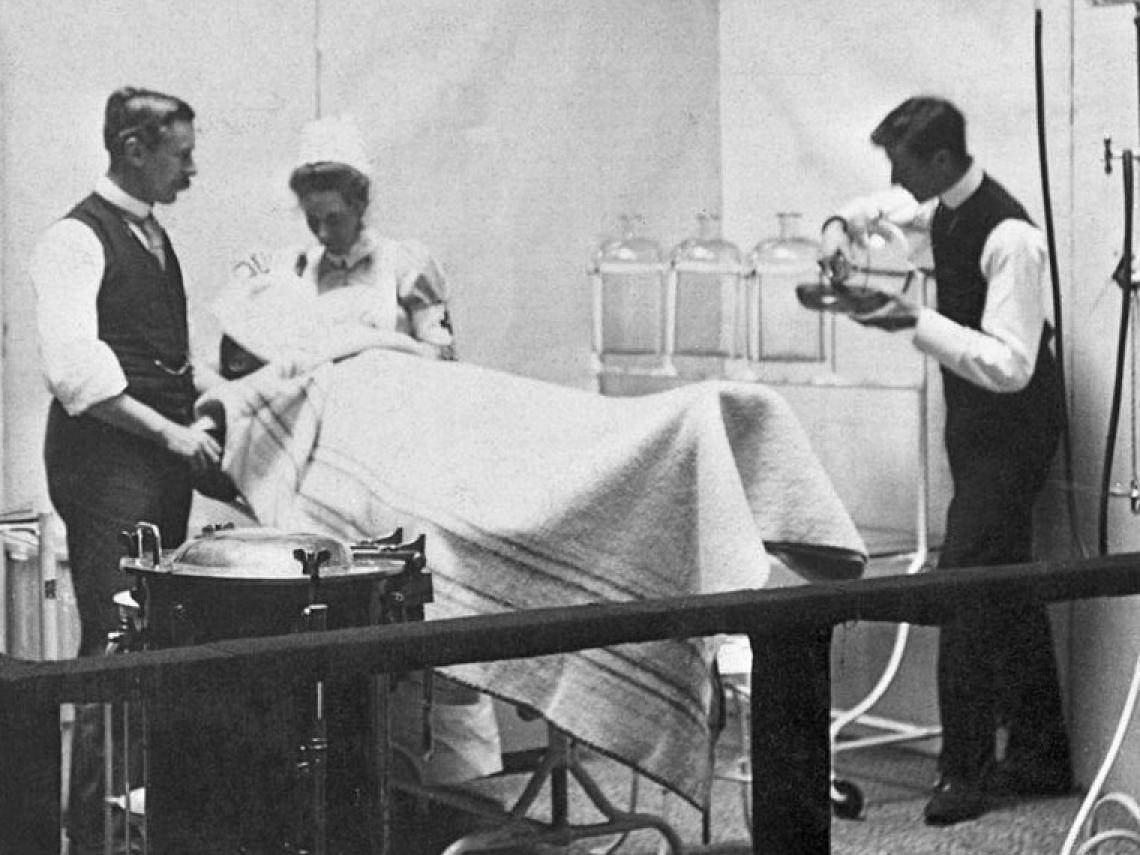 Between 1883 and 1884, a series of surgical operations were performed in England that represented a great advance in the field of thoracic surgery. These techniques were aimed at immobilizing a section of the lung damaged by the disease; but these aggressive procedures led to even more serious complications and did not allow the infection to be completely mitigated, so they were eventually discarded in favour of drug treatments. 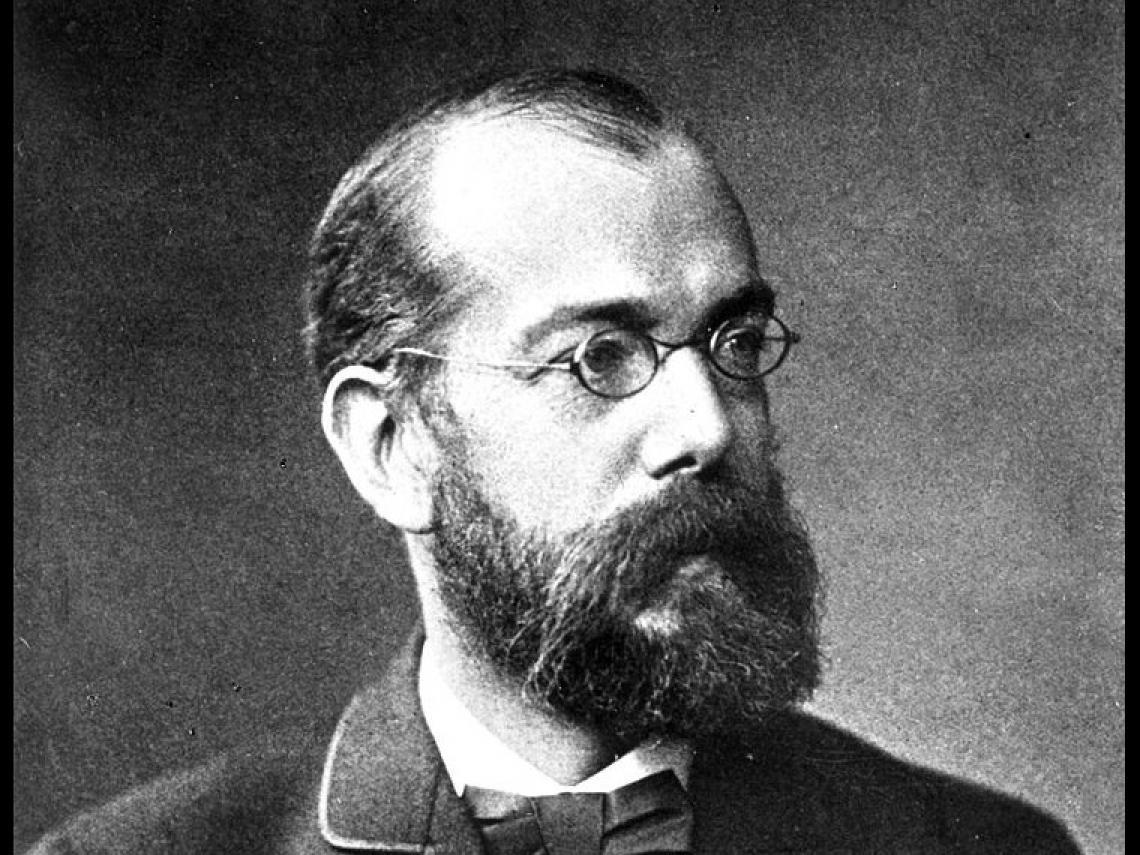 Koch investigated the effect of an injection of dead bacteria on a person who subsequently received a dose of live bacteria and concluded that he may have discovered a cure for the disease. In his studies, he used a sterile liquid produced from cultures of the bacteria as the active agent. However, the liquid, which he called tuberculin (1890), proved disappointing, even dangerous, as a healing agent. 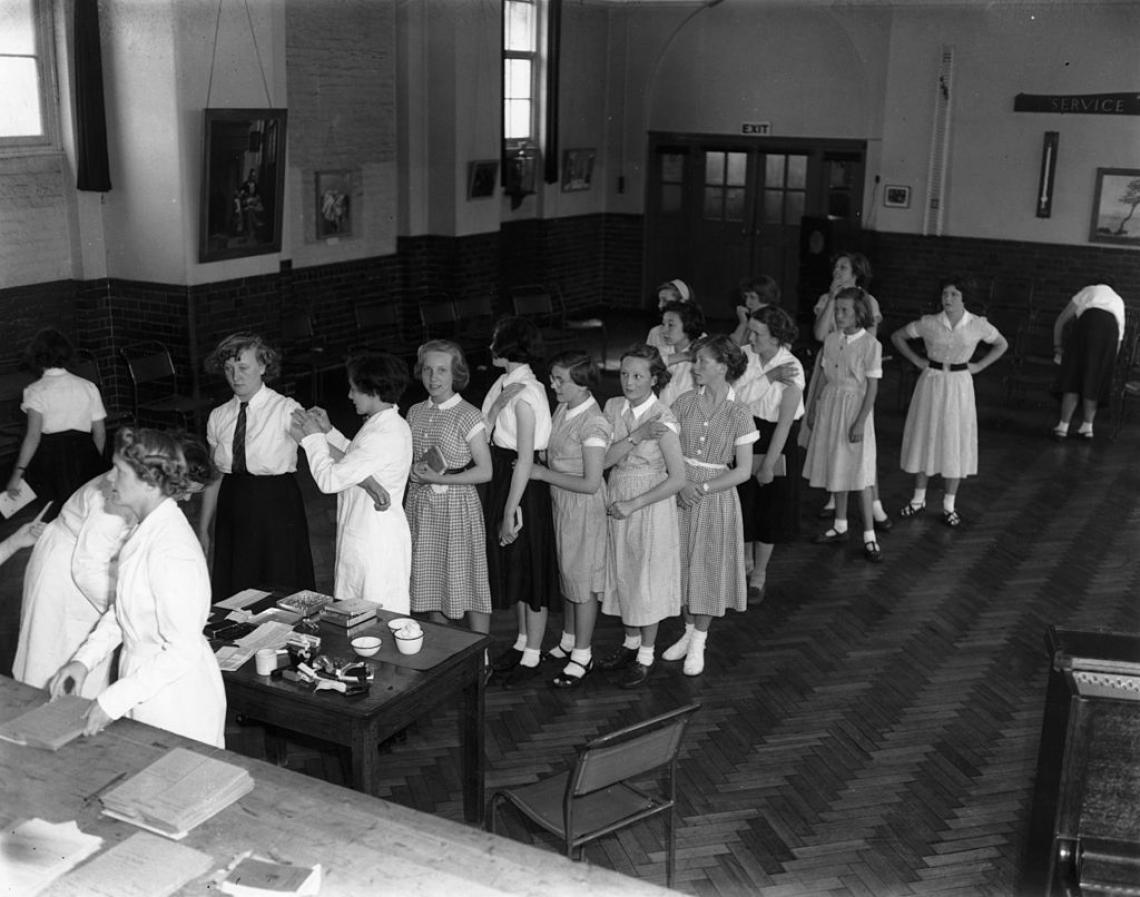 The first method of preventive inoculation against tuberculosis - in which live, but attenuated, tubercle bacilli were used as a vaccine - was introduced in France in 1921 by the bacteriologists Albert Calmette and Camille Guérin. The strain, called BCG (Bacillus Calmette-Guérin), was of bovine origin and was attenuated while growing artificially in a laboratory culture.

A large number of children were vaccinated in France and elsewhere in Europe and South America. From 1930 onwards, the vaccine would be used on a large scale throughout the world. 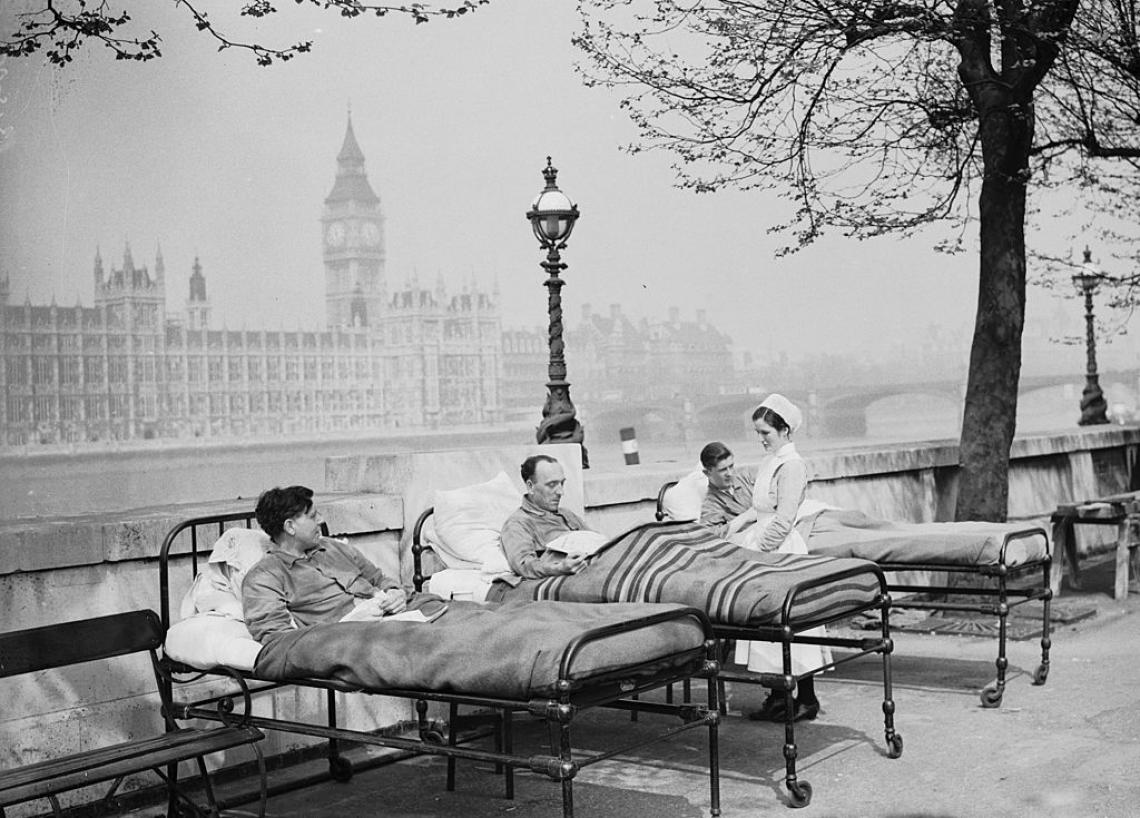 Despite the success of the vaccine's advance, little could be done in terms of treatment except to isolate patients in sanatoriums, where cleanliness and fresh air were thought to help the body's natural defences to stop or at least slow the progress of the disease. 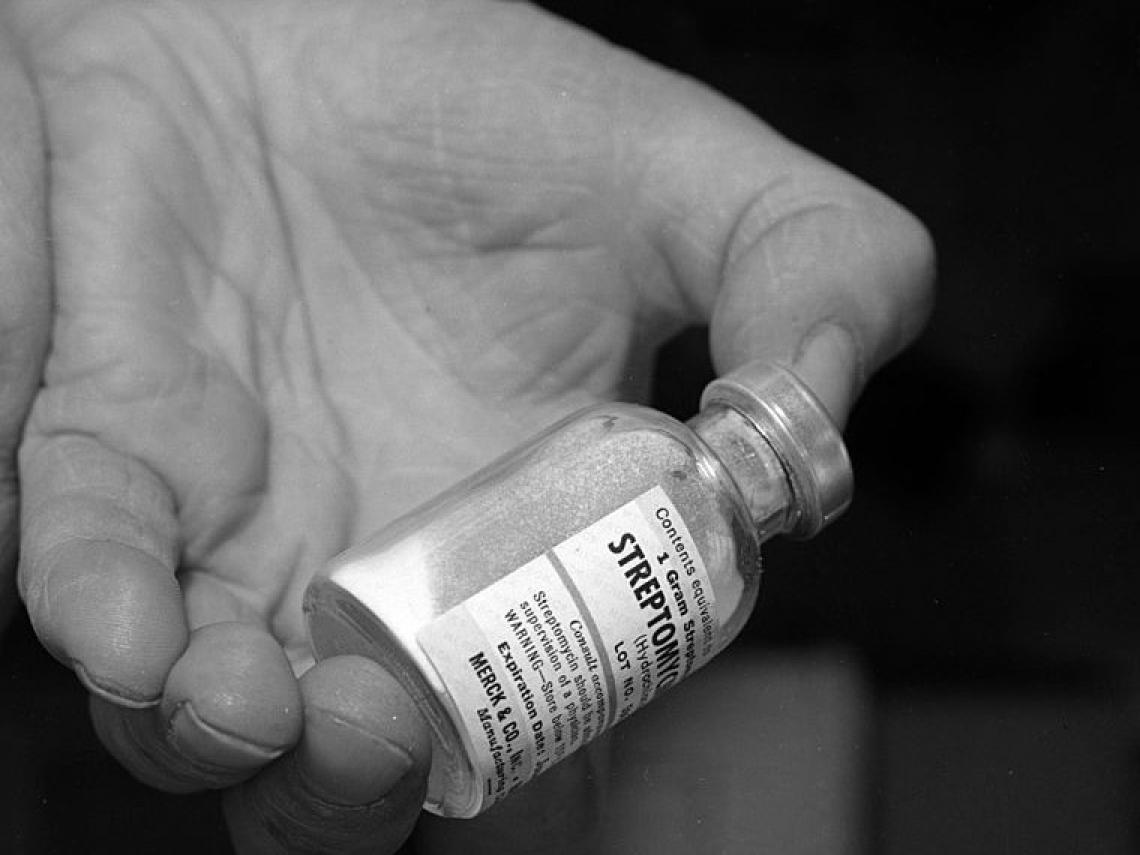 Between 1943 and 1944, Ukrainian microbiologist Selman A. Waksman and his colleagues discovered a powerful antimicrobial agent: streptomycin, which thrived on the growth of the microorganism Streptomyces griseus. Around 1945, veterinarian W.H. Feldman and physician H.C. Hinshaw, working at the Mayo Clinic in Minnesota, demonstrated its specific effect in inhibiting tuberculosis in both animals and humans.

Shortly thereafter, streptomycin was widely used to treat TB in combination with other drugs. 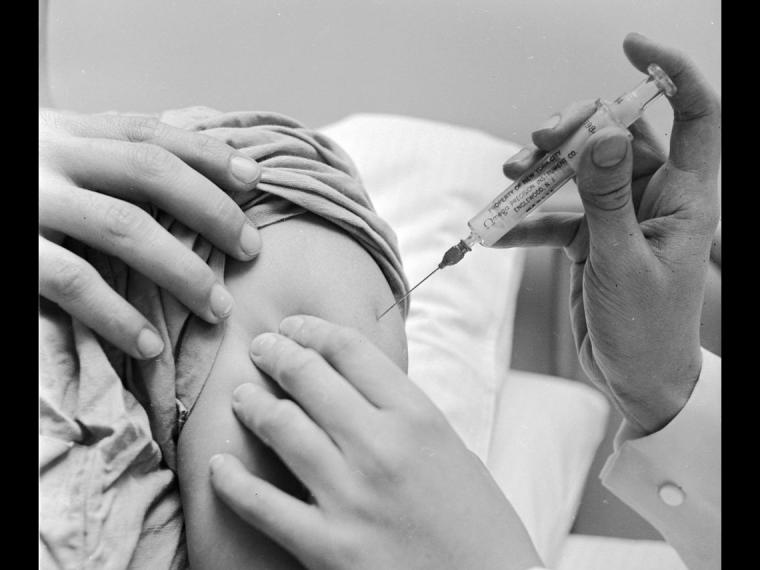 But the great advance in terms of treatment would come in 52, with the patent for isoniazid, the most powerful drug against tuberculosis, and the most important one even today. It works by interrupting a basic process for the survival of the bacteria (inhibiting the synthesis of mycolic acid in the bacterial wall).

In subsequent years, other drugs effective against tuberculosis were introduced: pyrazinamide in 1954, ethambutol in 1962 and rifampicin in 1963. 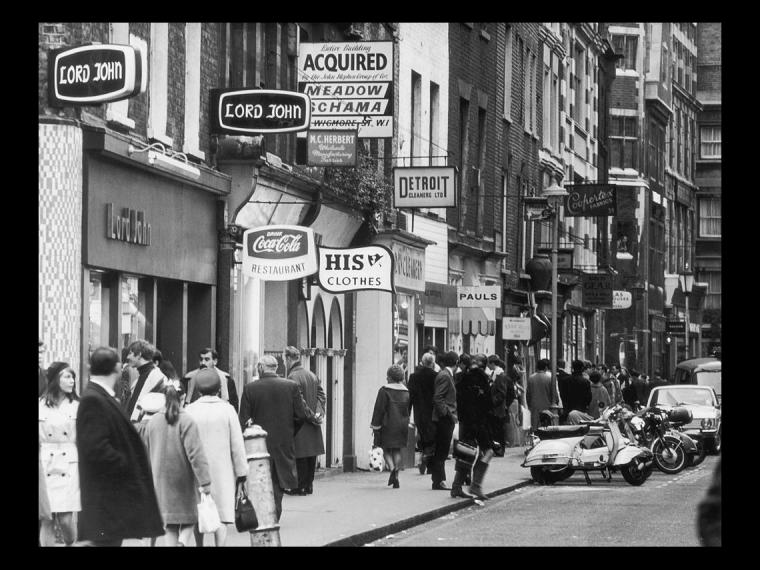 At the same time, industrialized countries were already experiencing considerable improvement in health as a result of hygiene and sanitation measures and economic improvement.

Tuberculosis was beginning to be seen in the West as a disease of the past and of resource-poor countries. 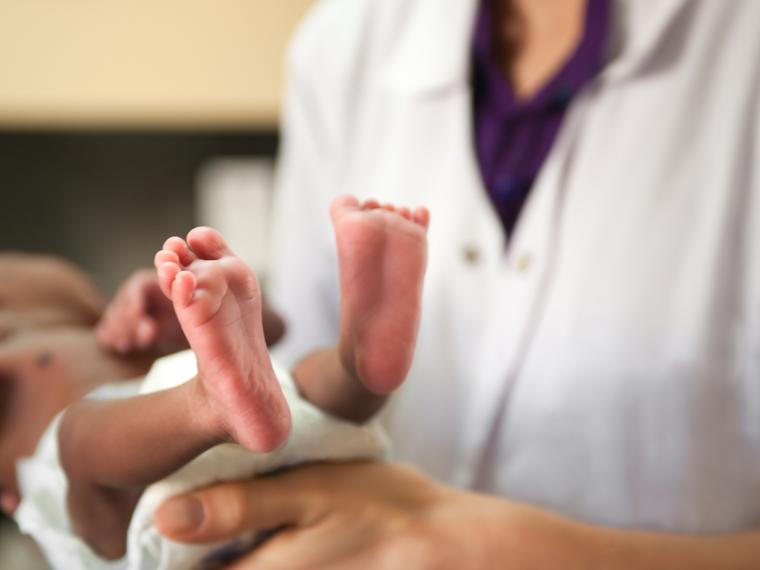 However, in the mid-1980s, the number of deaths caused by TB began to rise again in developed countries. The resurgence of the disease was attributed in part to ineffective health care systems, increased immigration and the spread of HIV.

In addition, throughout the 1990s, the number of TB cases increased dramatically in Africa. 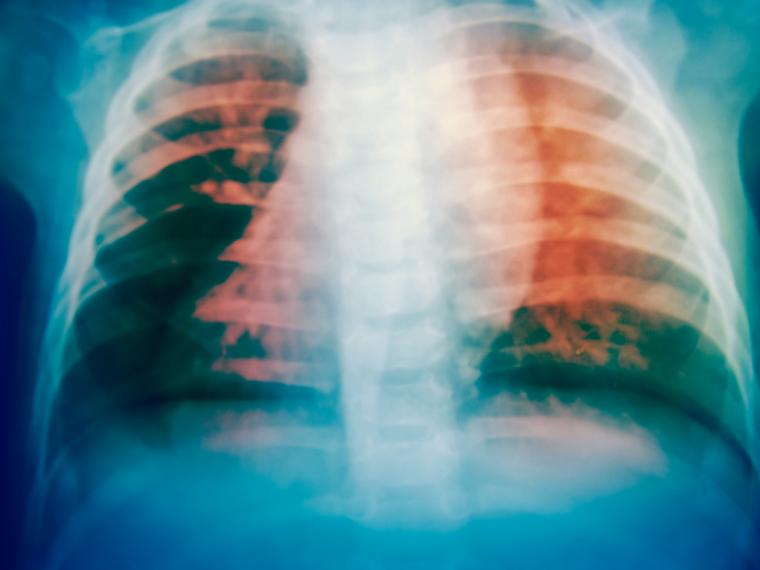 In the early 2000s, as a result of rapid implementation of global efforts to combat the disease, the epidemic in Africa slowed down and incidence rates stabilized. Despite the levelling off of per capita TB incidence, the global number of new cases continued to rise, due to population growth, especially in the African, South-East Asian and Eastern Mediterranean regions.

The TB death rate now stands at between 1.6 million and 2 million deaths each year.