Dark tourism is generally defined as travelling to places that are historically connected with death and tragedy.

Places such as Auschwitz-Birkenau, Chernobyl and Ground Zero are some of the best known destinations that fall under the dark tourism category.

According to Dr Philip Stone, one of the world’s leading dark tourism academic experts, “Dark tourism is a scholarly label given to the global array of sites that portray or memorialise death, disaster and atrocity within the visitor economy.” It’s the “commercialisation of death”, he explains.

Why do people flock to these dark destinations? Are these types of trips ethical? Such questions have been pondered by academics, journalists and tourists alike.

Some suggest that easy access to air travel has increased the popularity of dark tourism sites, as they are simply more accessible. Others look to the broader rise in desire to go beyond the territory of popular guidebooks and TripAdvisor rankings, with more and more tourists seeking out whole new levels of experiences to further their cultural understanding of a place.

Series such as Netflix’s Dark Tourist has helped to popularise this concept of ‘off-the-beaten track’ travelling and has certainly brought this more unsettling style of tourism to the mainstream.

Sites defined as ‘dark tourism’ can offer thought provoking and educational experiences for their visitors, but critics question its ethics. Critics of dark tourism often refer to disrespectful behaviour demonstrated at these sites, like those documented by the Ukrainian director Sergei Loznitsa in the film Austerlitz. The film captures visitors inside the walls of Auschwitz-Birkenau, shown joking, barging through crowds, taking photos, and wandering disinterested from one room to the next.

Despite the uncomfortable nature of dark tourism, it appears that it is something most people will engage with at some point during their lives. "Dark tourism doesn't need dark tourists," says Stone. "It just needs people who are interested in learning about this life and this world."

Whatever the reasons behind the interest in death and the macabre, and the questions of appropriateness, one thing is for sure - dark tourism is on the rise. 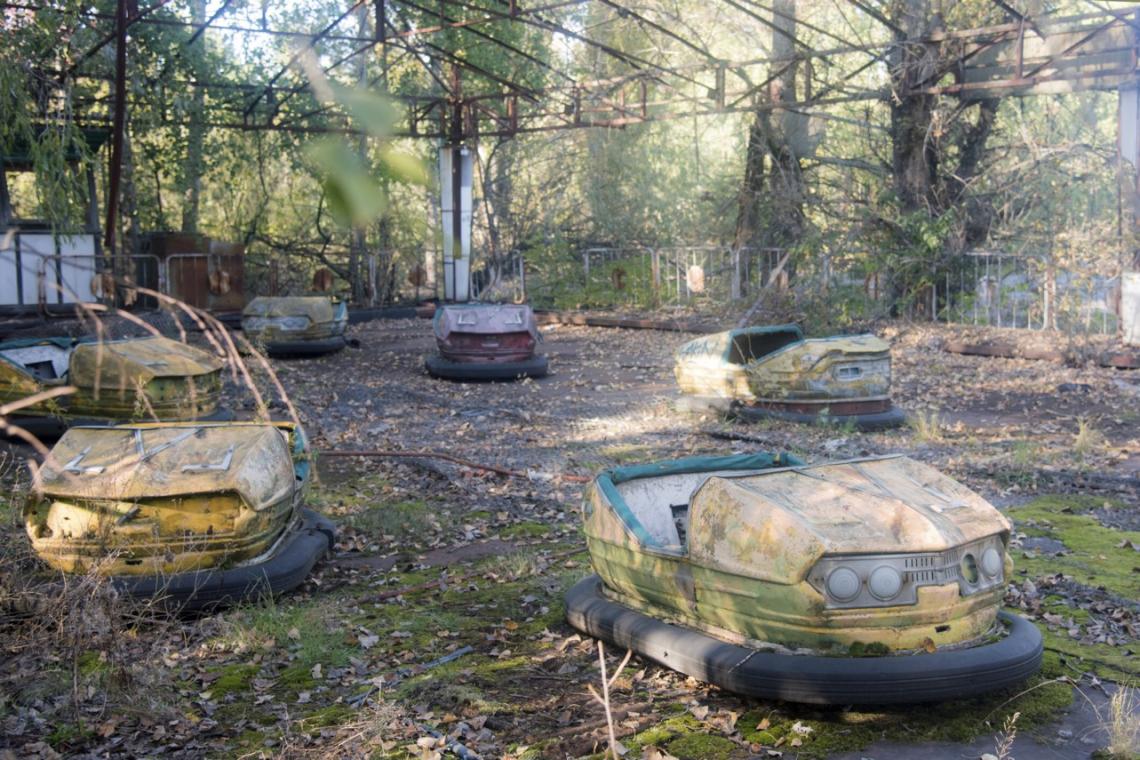 In 1986, a reactor in the Chernobyl power plant exploded, blasting the town with 400 times the radiation created by Hiroshima’s nuclear bomb. The nearby town of Pripyat was immediately evacuated, leaving over 50,000 people unable to return to their homes.

It is now possible to visit some of the areas within the classified Chernobyl exclusion zones, even though it is still classed as dangerous and closed to the general public.

Visitors can see deserted houses engulfed by swallowed by trees, nursery and school rooms with left with toys and workbooks, and an abandoned amusement park, a truly eerie experience. 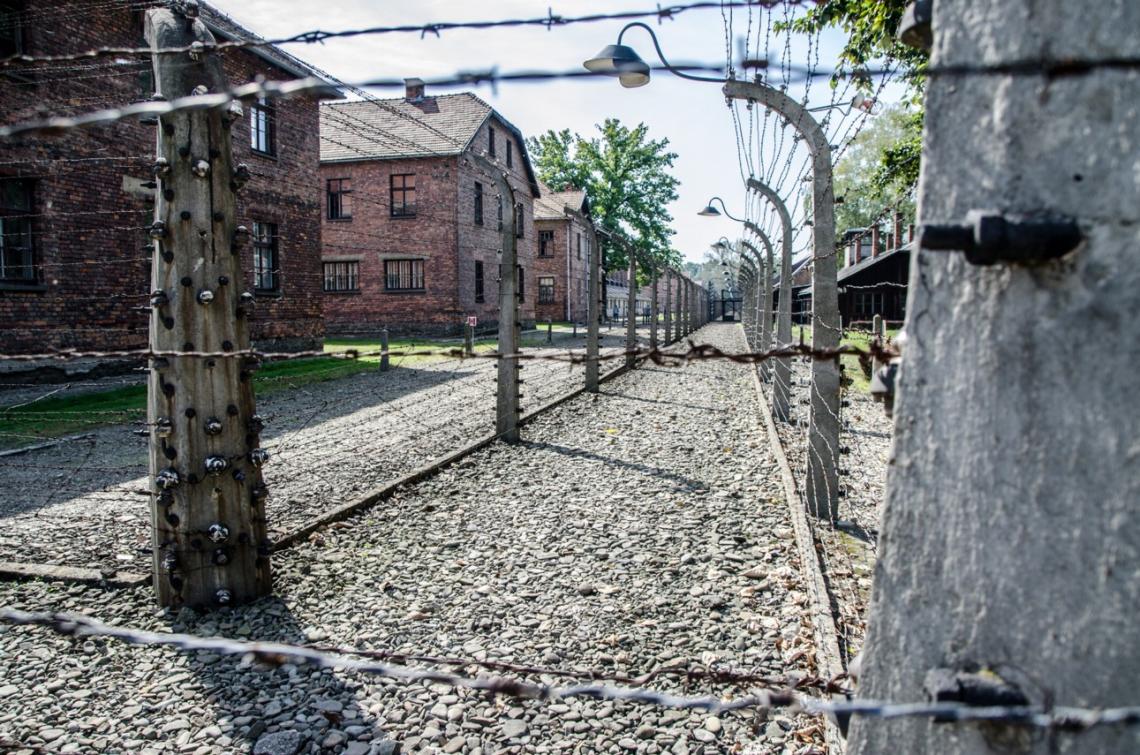 The largest Nazi concentration camp and extermination centre ever built, Auschwitz-Birkenau is a global symbol of terror and genocide. Located in Krakow, Poland, the site remains the graveyard of over one million men, women and children who were murdered there as part of the Nazi’s Final Solution.

Over two million people visit Auschwitz-Birkenau each year, allowing them to reflect upon and learn about the events of the holocaust. You can visit the grounds for free, but it is advised to reserve a ticket online in advance as there are only limited individual ticket allocations on site each day. 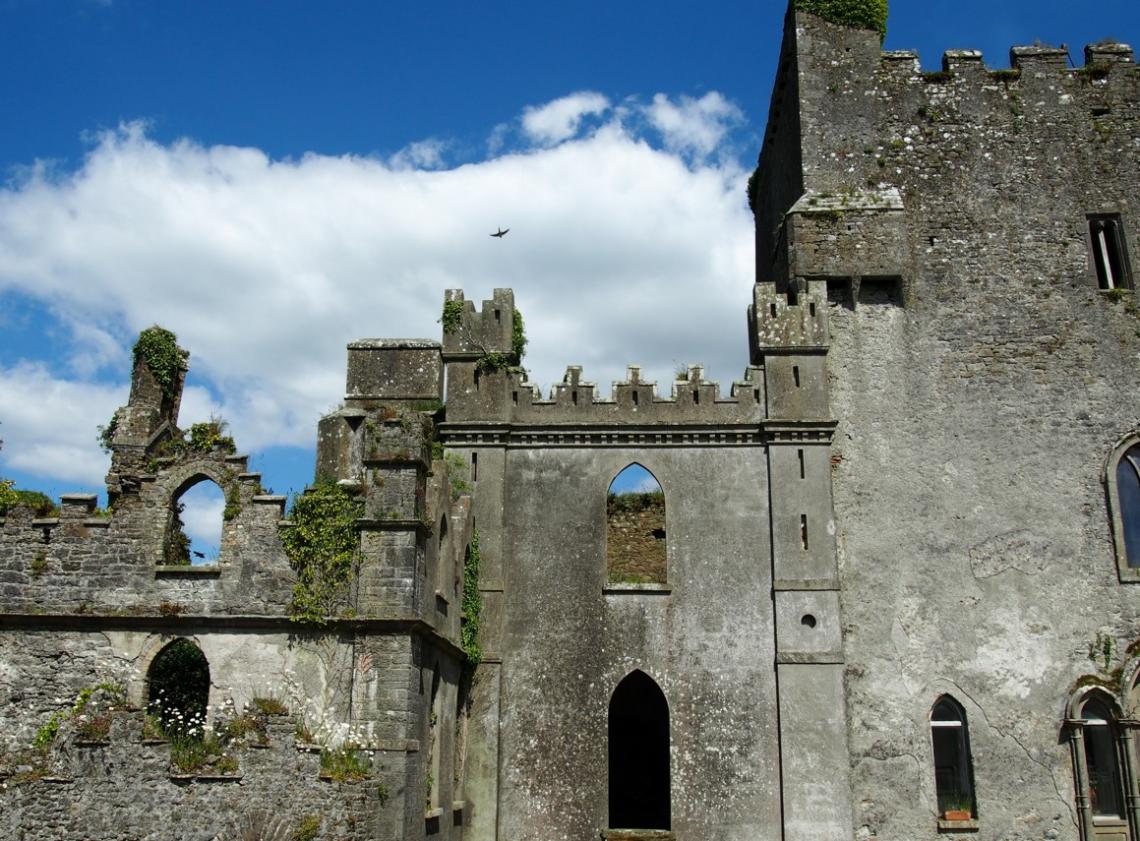 Leap Castle has long been known as one of Ireland’s most notoriously haunted castles, referred to by many as the "castle of betrayals". Located in Coolderry, County Offaly, Ireland, Leap castle was built in the 13th century and has a long history of hidden dungeons and murder.

During one of the most recent excavations of the castle, they discovered a secret dungeon with a room coined, The Bloody Chapel. The dungeon consists of a small opening, which would have been a trap door used to drop victims down a small drop. It is said that spikes lay at the bottom of the dungeon awaiting those unfortunate enough to fall upon them. Today the castle is open as a tourist attraction and is a popular visitor site for those interested in the paranormal. 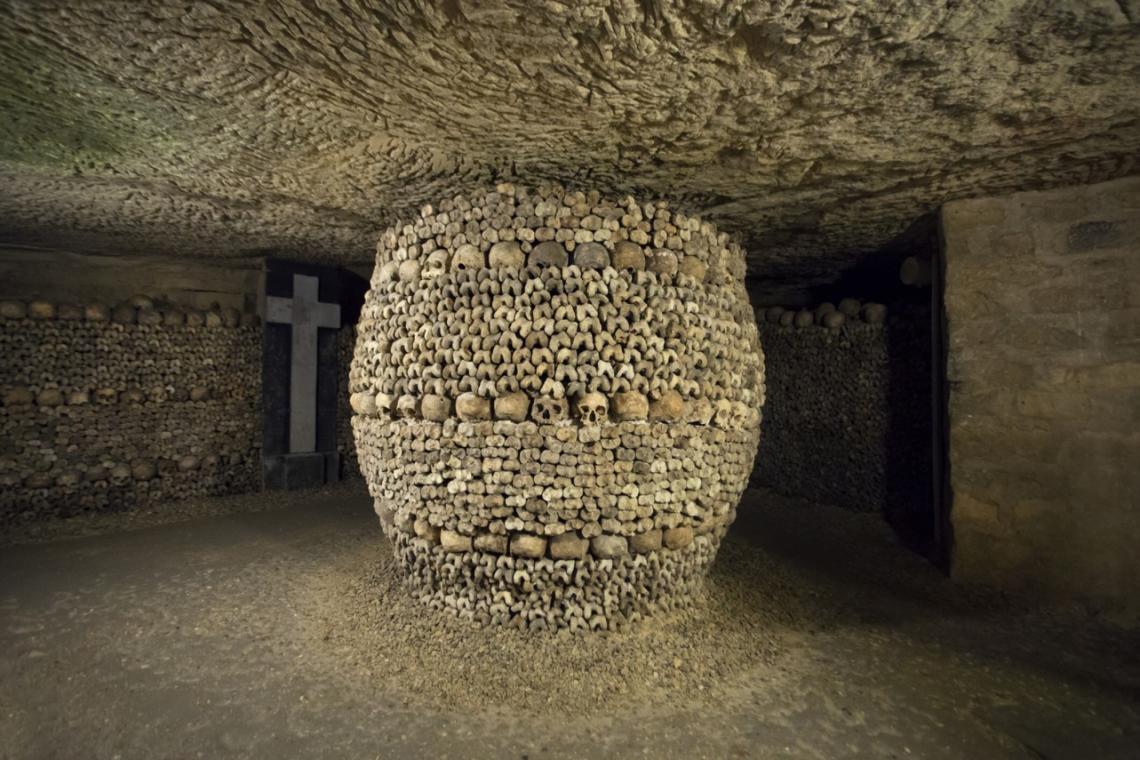 On average, more than 33.8 million tourists visit this historic site located below the French capital each year. The tunnels in the underground ossuaries are lined with the bones of approximately six million people.

Originally a quarry, the underground area was later filled in and used as a space to house the bones of the deceased.

Visitors can take a tour of catacombs, walking through the tunnels and exploring the rooms lined with an assortment of human bones and decorated with skulls. Queues to visit this landmark are usually extremely long, so be prepared for a wait if you would like to visit. 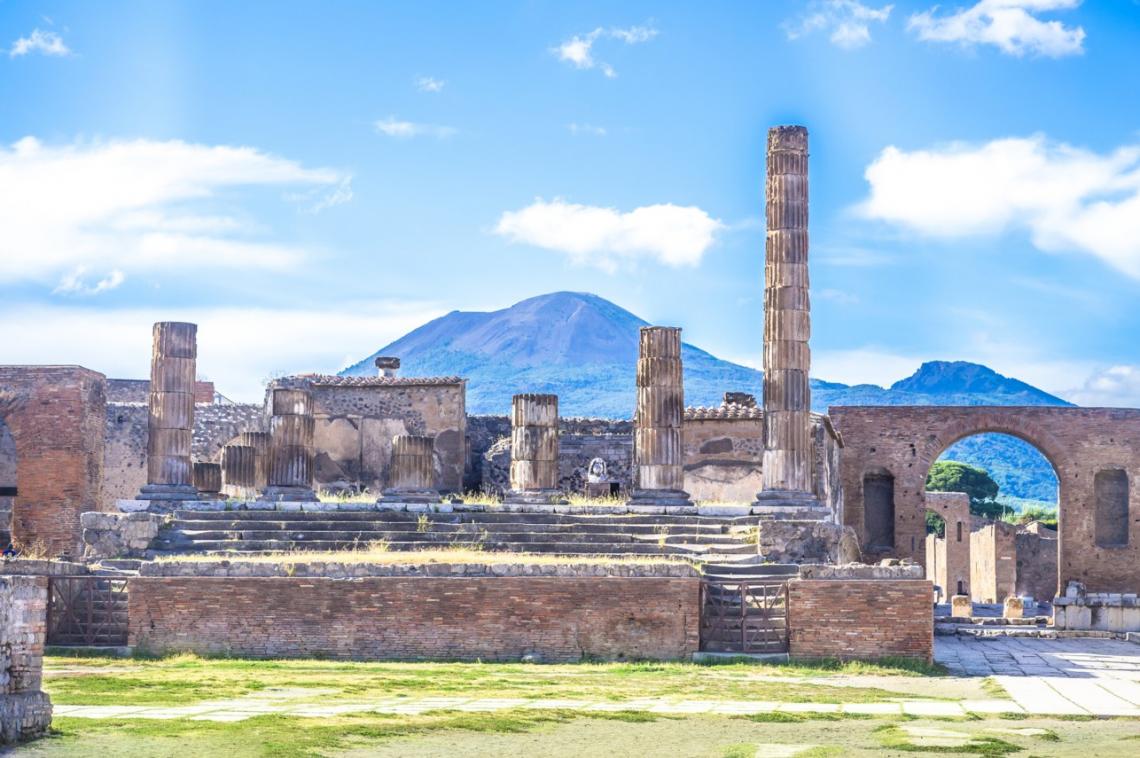 The Ruins of Pompeii, Italy

When Mount Vesuvius erupted in AD 79, Pompeii, an ancient Roman city near Naples in Italy, was buried under metres of volcanic ash. Almost the whole town and its inhabitants were preserved under the hot ash. Food, buildings and even pets were literally frozen in time.

Thanks to the work of archaeologists, both the ruins and the fossilised bodies were discovered and the site has been a frequently visited tourist spot for significantly longer than the term dark tourism has been around. 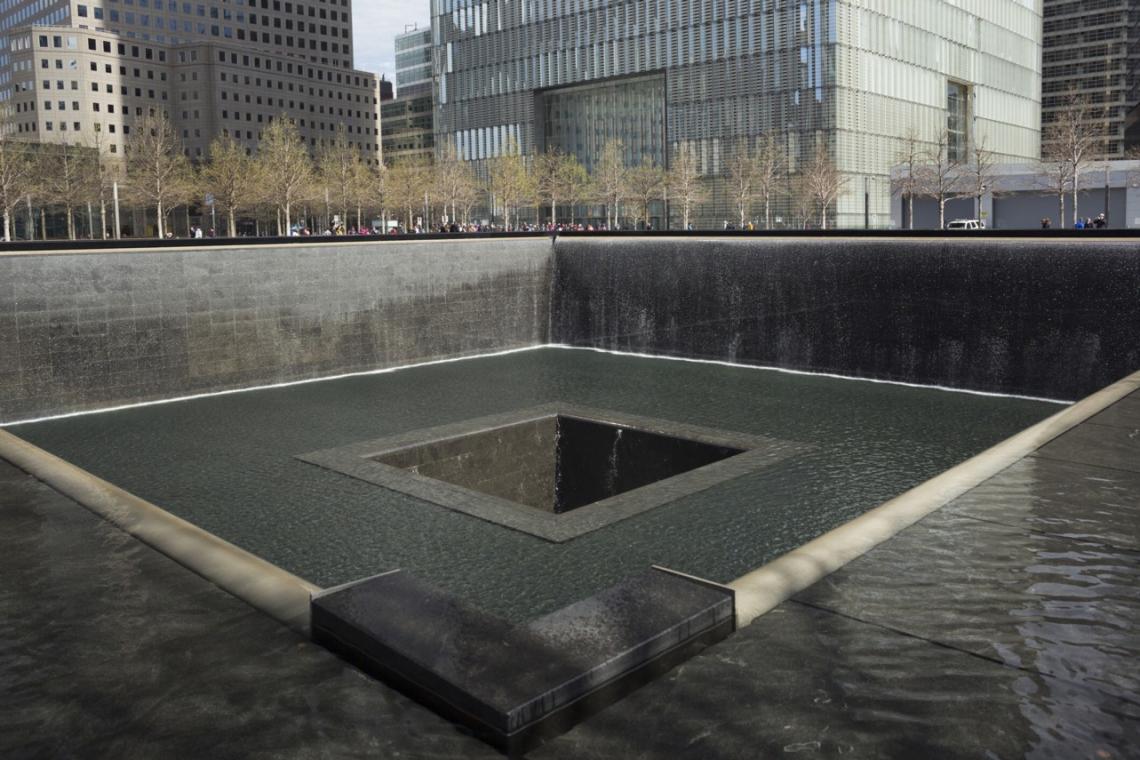 On September 11 2001, aircraft hijacked by al-Qaeda terrorists flew into the twin towers of the World Trade Center in New York, causing them both to collapse. The attack resulted in 2,996 deaths.

‘Ground Zero’ as it’s often referred to is the site where the twin towers of the World Trade Center used to stand. An official national memorial was opened in 2011, and is now accompanied by a museum. It’s open daily and free to visit. 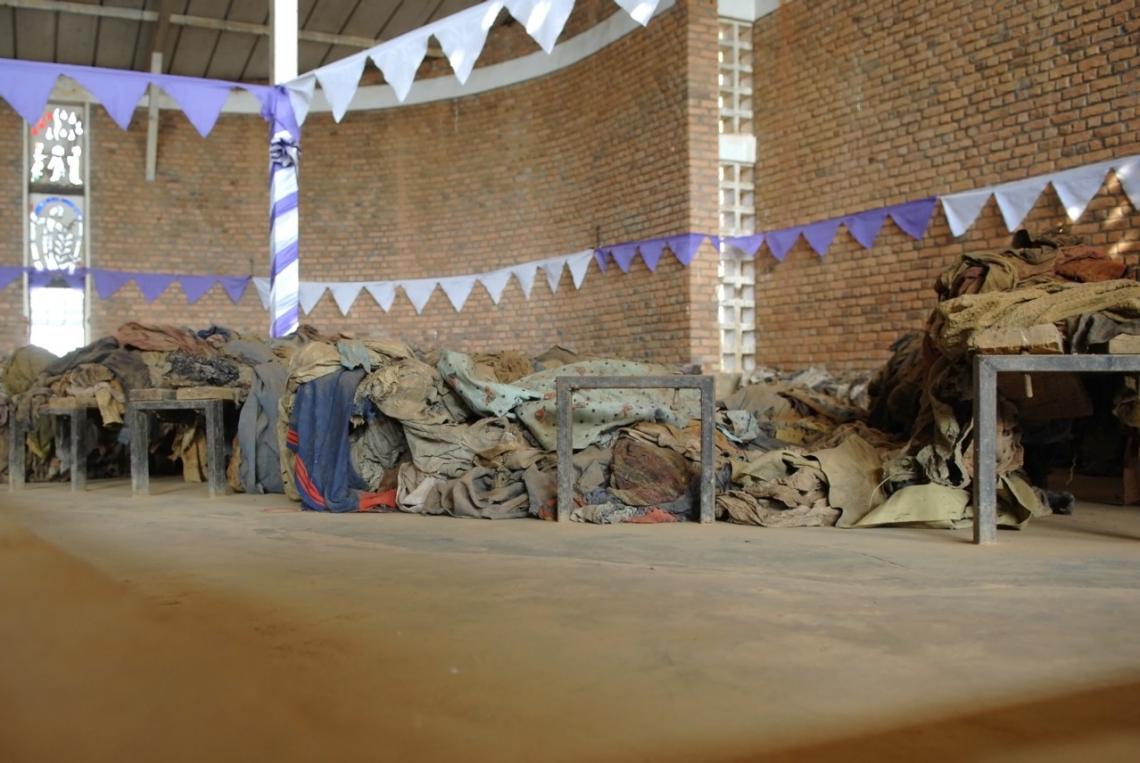 There are six major memorial sites in Rwanda, but the Murambi and Nyamata genocide memorials are considered two of the most tragic. The Murambi memorial sits at the top of a picturesque green hill in rolling countryside on the site of an unfinished technical college where, in April 1994 an estimated 50,000 Tutsi men, women and children were massacred by the Interahamwe militia. Quite horrifically the site housed the corpses of around 800 victims that were exhumed, preserved in lime and put on display rather than being reburied – where they remain to this day.

The Murambi memorial site is free to enter and is openly daily, 8am-5pm (except on Umuganda Saturdays – the last of each month when it’s open from 1pm to 5pm). It is warned that this site is not suitable for children or for those who are easily overwhelmed. 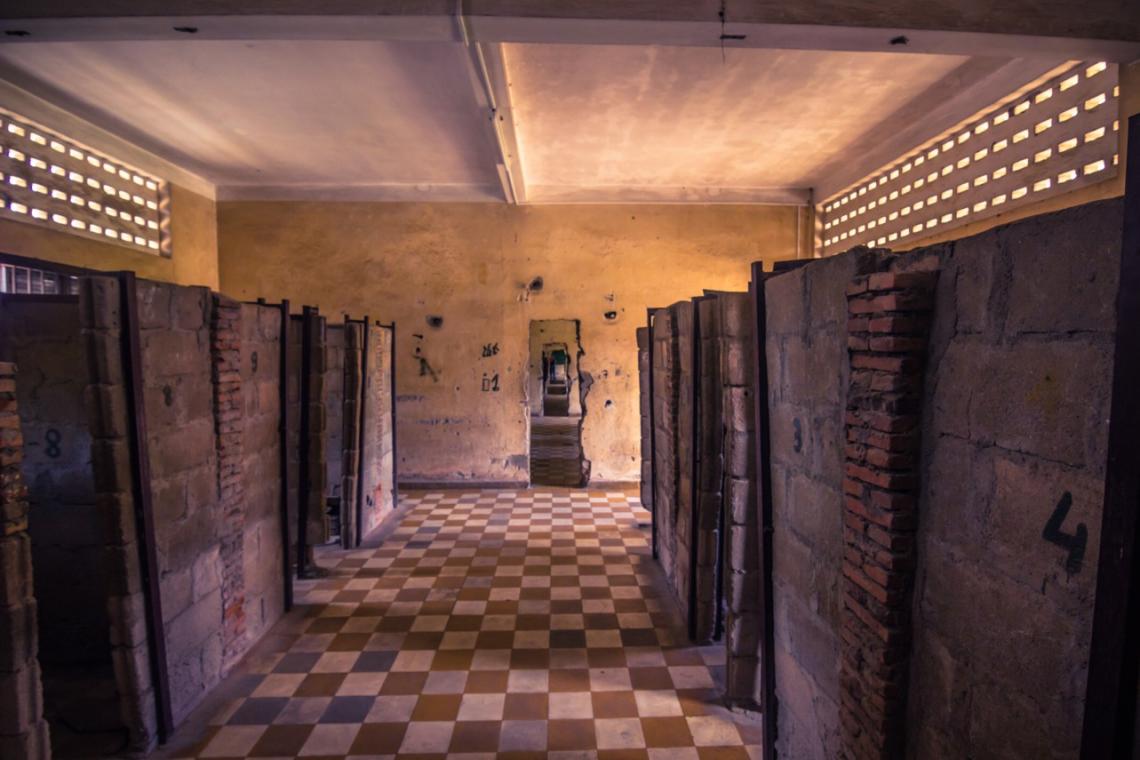 A former high school located on the outskirts of Phnom Penh, this site was used by the communist Khmer Rouge as the notorious S-21 prison during the 1970s. A secret prison used for detaining, torturing and killing those who were accused of illegal activities and being traitors under the Khmer Rouge regime.

Visitors are able to walk through cells that have been left with rusted prison beds, chains and chairs. It is understood that almost 20,000 people were tortured and killed in this place. 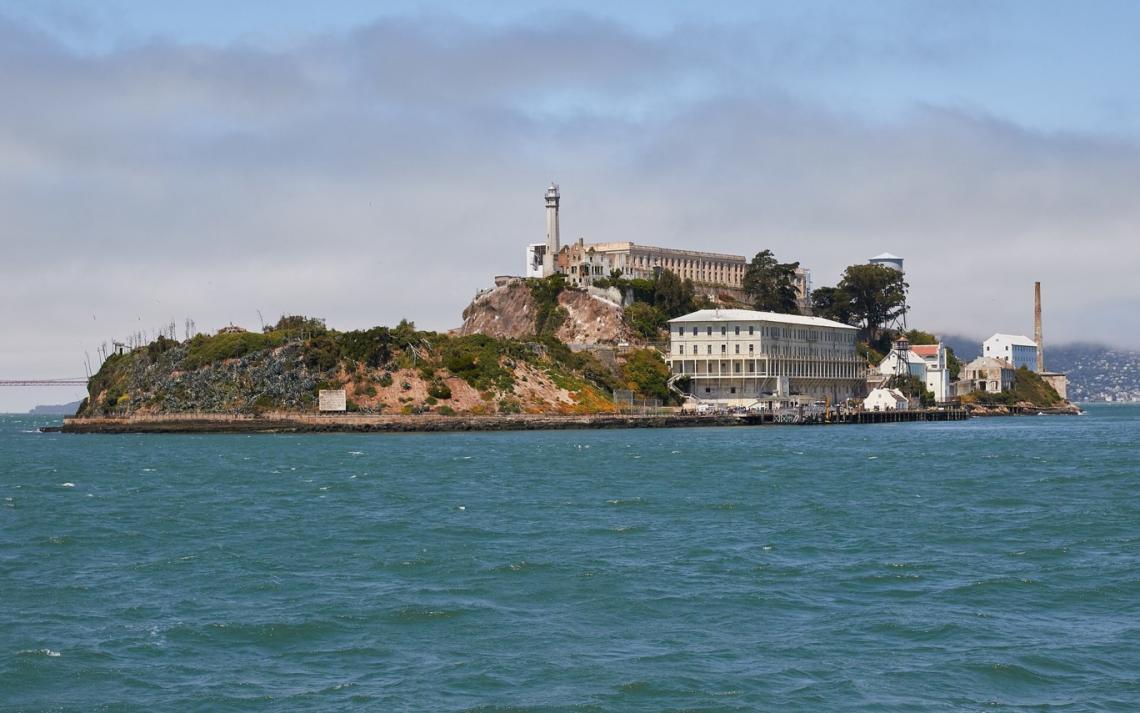 Alcatraz is one of the most famous prisons in the world. The Rock has become a cultural icon, a place embraced by Hollywood, music, folklore and tourists, so is unsurprisingly one of San Francisco’s most popular tourist destinations

The former maximum-security federal penitentiary was built in 1934. The prison was home, during its 29 years of existence, to everyone from Al Capone to Machine Gun Kelly and many of its cells remain almost exactly as they were when the prison was open.

There are various tour options to take a trip to Alcatraz including, a night tour of the dungeons, the courtyard and Block D, the notorious punishment area. 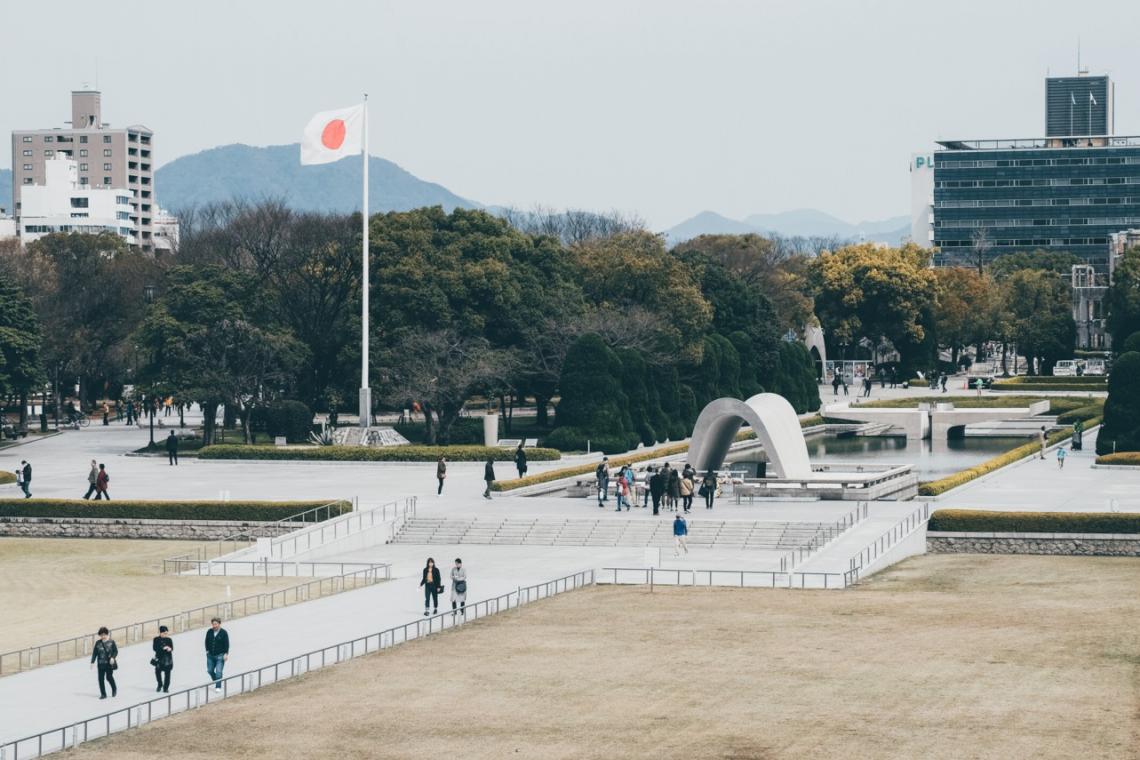 Hiroshima was the first city to be attacked by an atomic bomb. The Hiroshima Peace Memorial Park is dedicated to the 140,000 direct and indirect victims of the nuclear attack on Japan in 1945.

The memorial park includes the  ruins of the building now known as the ‘A-Bomb Dome’ – this was closest building to the centre of the explosion that was left partial standing. 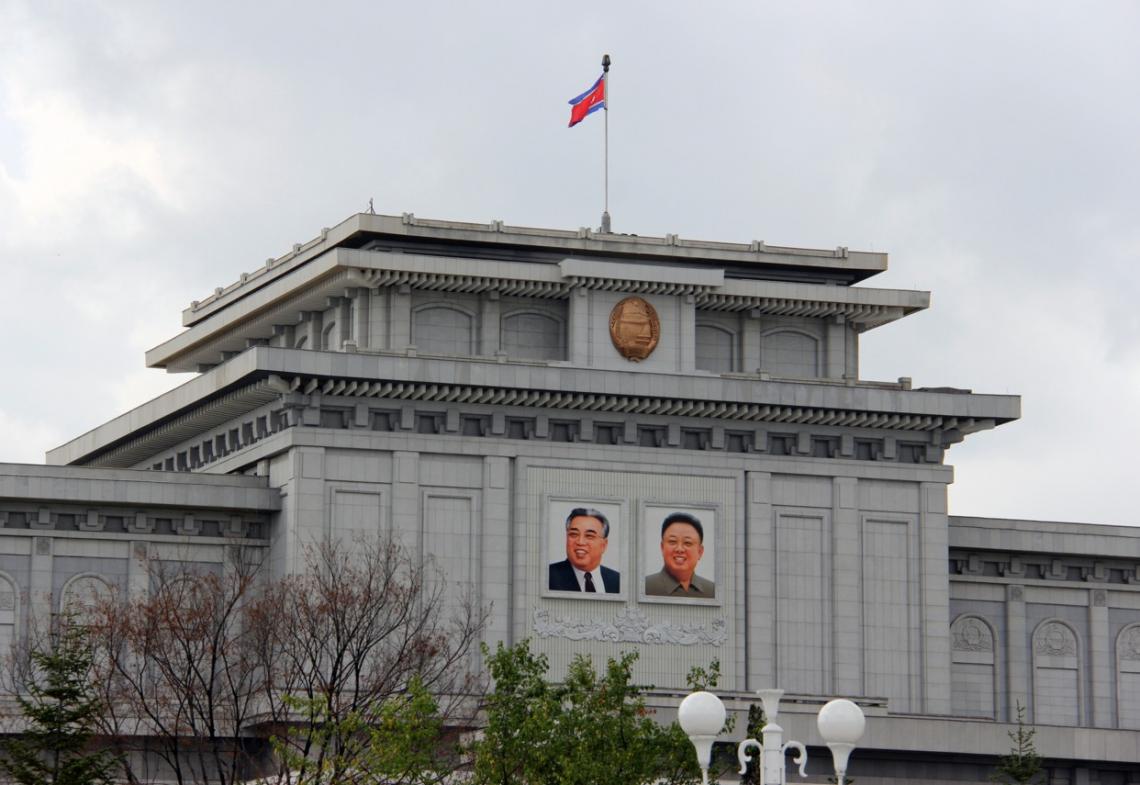 There is no doubt that North Korea has a dark reputation. There are not many official dark tourist sites, but Kumsusan Palace of the Sun is one of the few carefully selected areas that willing tourists can visit. The palace is in North Korea’s capital, Pyongyang, and is home to the embalmed bodies of former leaders Kim II-sung (Great Leader) and Kim Jong-il (Dear Leader), lying in state surrounded by their favourite possessions. Foreign visitors can access the palace on Thursdays and Sundays.

Be aware that tourists can under no circumstances travel alone. All travel excursions are tightly controlled by the North Korean government. 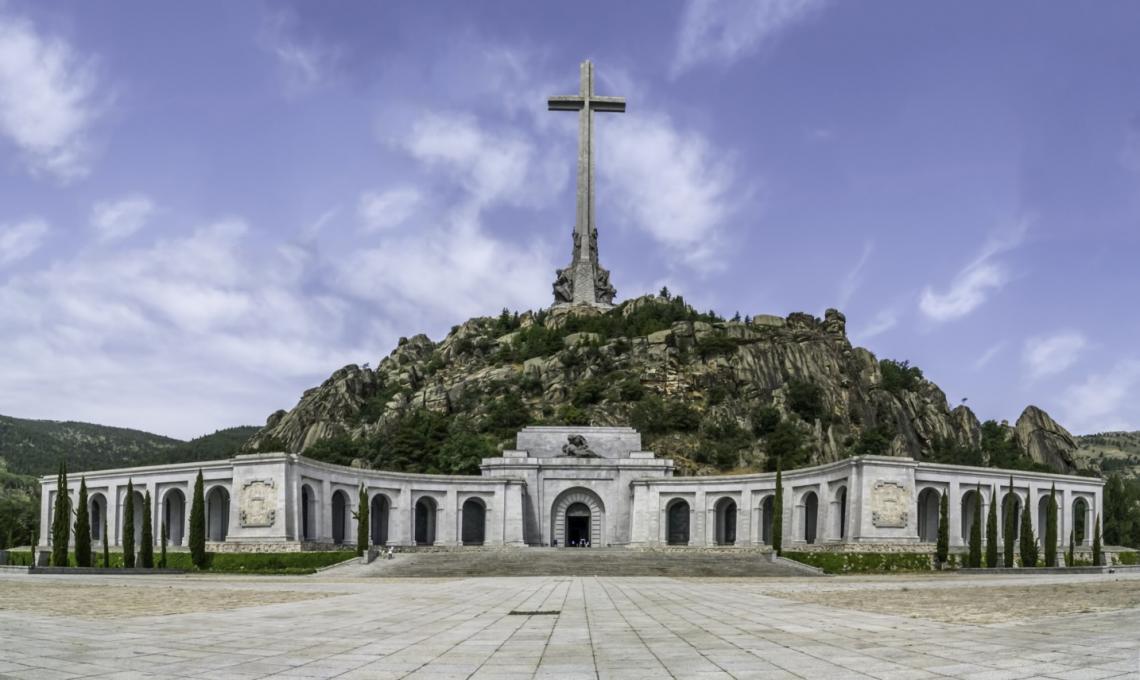 Valley of the Fallen, Spain

One hour outside of Madrid stands Spain’s most controversial memorial. The Valley of the Fallen (Valle de los Caídos) was ordered for construction by Spain’s former fascist dictator, General Francisco Franco.

The grave of Franco himself remains at this site and is still by far the most prominent and biggest relic of the Franco era. More than 30,000 soldiers, both Nationalist and Republican, are believed to be buried in the walls of the basilica and in the hillside around it.

It is said to be the fifth most visited monument in Spain, with the site receiving around 250,000 visitors each year.

Interesting facts about the Olympic Games