Gangsters are members of criminal organisations known for their illegal activities, particularly drug smuggling, gambling, and murder. For decades, these groups have been active in several countries, especially in Europe, Asia, the United States and Latin America.

As for the American mafia, which originated in Sicily, Italy, came to power during the prohibition. Its operations flourished mainly in Chicago and New York and began to diversify into illegal gambling, loans and drug trafficking, amongst many other criminal activities.

Most gangsters became famous for the severity of their crimes: the drugs, fortunes they accumulated and their ruthless murders, which often occurred in broad daylight.

In the first half of the 20th century, when the mafia reigned in society and was a staple of media headlines, high-profile killings were much more common and equally as graphic.

After the 1930s, organised crime went from being represented by the activities of small itinerant gangs to a business run by bosses that were notorious for their cruelty. The iconic Bonnie and Clyde were replaced by criminals with little chance of being homicidal, but very willing to call for murders. Bank robbery was replaced by the theft of citizens through loans, gambling, drugs, prostitution, corporate and trade union corruption.

These are the most notorious mobsters, the sinister royalty, a collective brotherhood of infamy; an exclusive club formed by anti-heroes of pop culture, physical incarnations of contempt for law, order, morality or even human life.

The characters on this list are from different countries, from American mobsters to notorious gangsters from Italy, but what they all have in common is how they are all recognised: drug traffickers and crime lords, infamous people who have influenced the best biographies of mobsters and the best gangster movies of the 1990s. 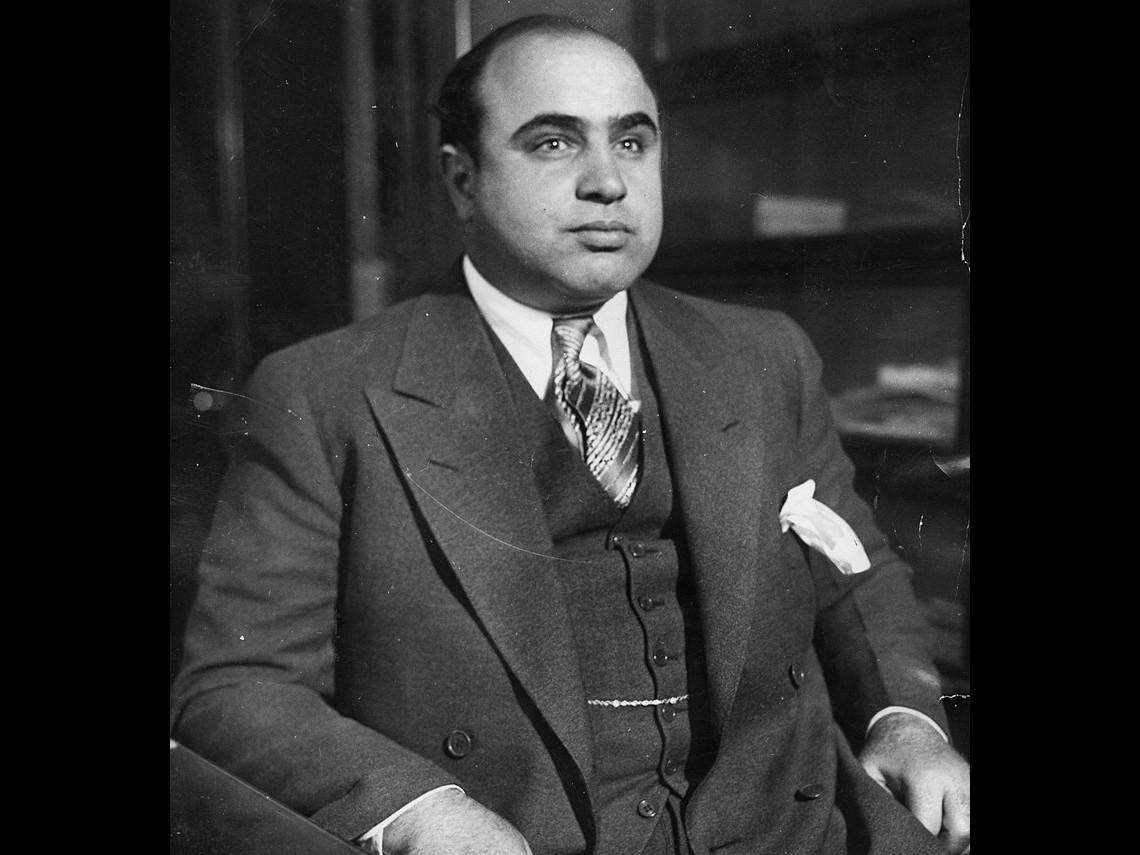 Between 1925 and 1931, Al Capone was the most powerful mobster in Chicago. Born in Brooklyn in 1899, Capone joined the James Street Boys gang in his youth, where he met his mentor Johnny Torrio, who would help him manage his smuggling business. Al Capone, whose alias was Scarface, was known for his use of extreme violence to cling to power. One of the most terrible episodes in his history is the public execution of his rivals at the Valentine’s Day Massacre in 1929, which earned him the name of "Public Enemy No.1”, by increasing public pressure to put Capone behind bars, the government managed to send him to jail for tax evasion in 1931. He was sentenced to 11 years in prison, of which he only completed eight. He suffered a stroke and died of a heart attack in 1947. He was 48 years old. He’s certainly the most notorious gangster on this list. 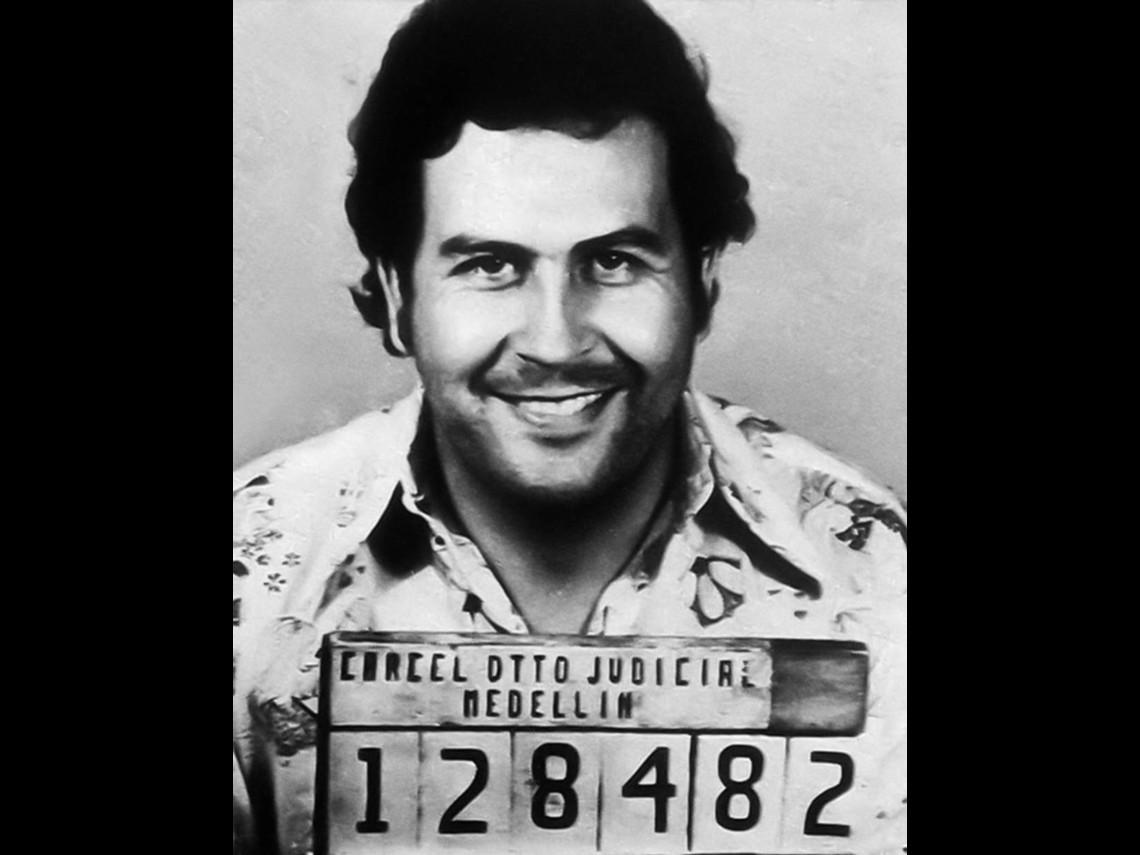 This Colombian drug trafficker who controlled several drug empires and murdered some 4,000 people, is one of the most prominent capos of the eighties and nineties. Pablo Escobar led one of the most powerful and feared criminal organizations in the world, amassing billions of dollars and bribing or using his gangs of soldiers and criminals to murder those who stood in his way. Due to his presence, the crime rate in Colombia increased dramatically. After discovering Escobar’s hideout, the day after his 44th birthday, he was gunned down in 1993. 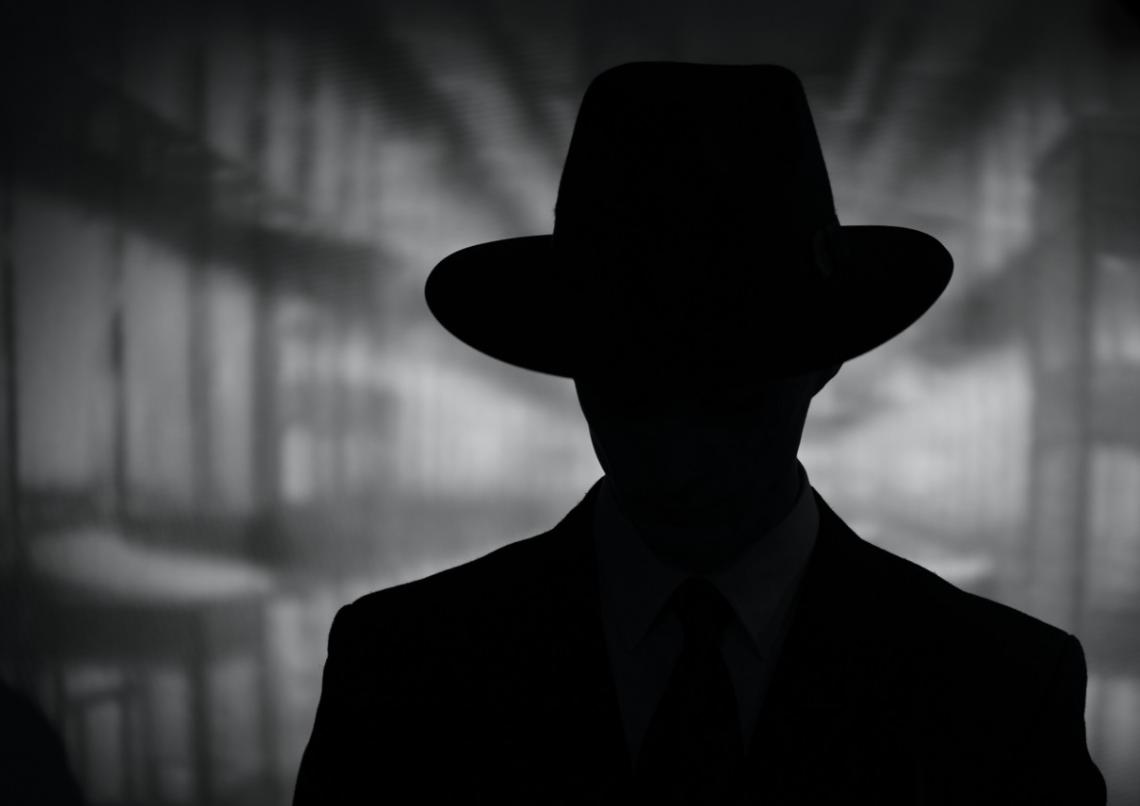 The so-called "El Señor de los Cielos " had a financial success of $25 billion. He was an associate of the also capo Pablo Emilio Escobar Gaviria. Fuentes was the head of the Juárez cartel. He earned this nickname by using a private Boeing 727 aircraft to transport cocaine around the world. He died in a hospital in Mexico City while undergoing plastic surgery to alter his appearance in 1997. He was only 40 years old. 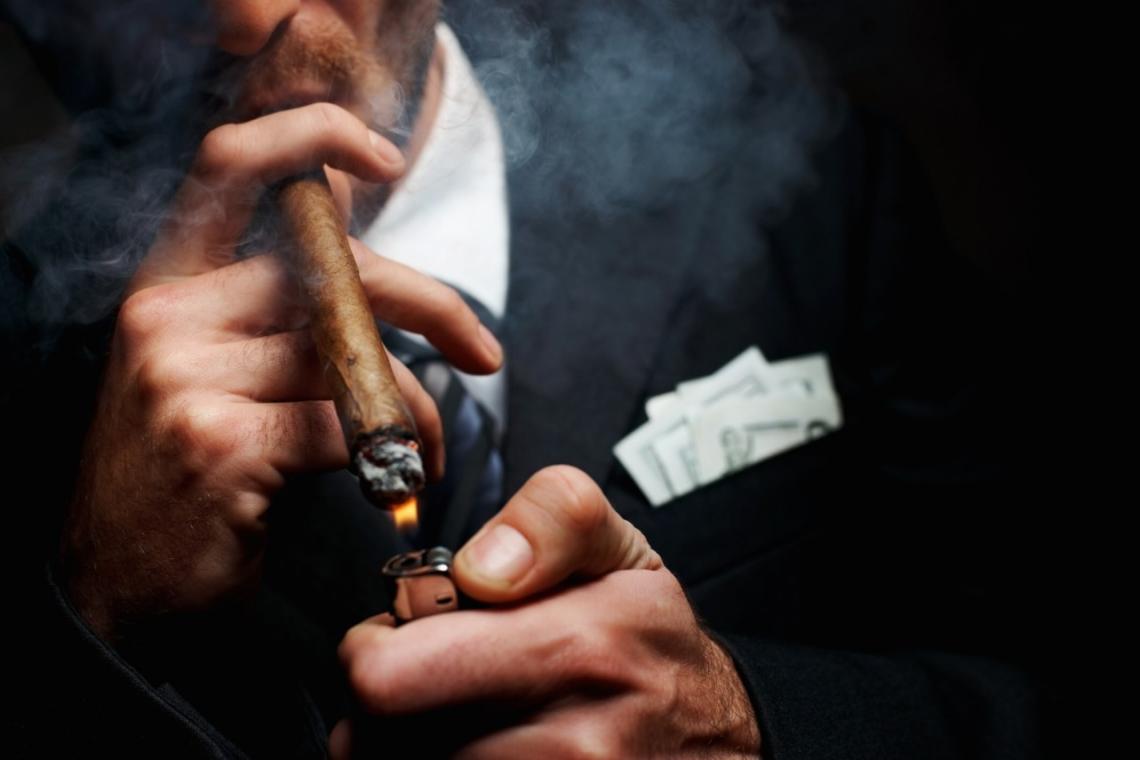 Constantino “Paul” Castellano, also known as "The Howard Hughes of the Mob," and "Big Paulie" used his business knowledge to bring the Gambino crime family to its financial peak by driving the family away from illegitimate businesses like drug trafficking to relatively safer practices like money laundering and extortion. He just got greedy. He built a 17-room mansion on Staten Island designed to look like the White House in 1981, and began demanding a larger cut in mob profits: This led to John Gotti being gunned down outside the Sparks Steak House restaurant in Manhattan in 1985. He was 70 years old. John Gotti would become his successor. 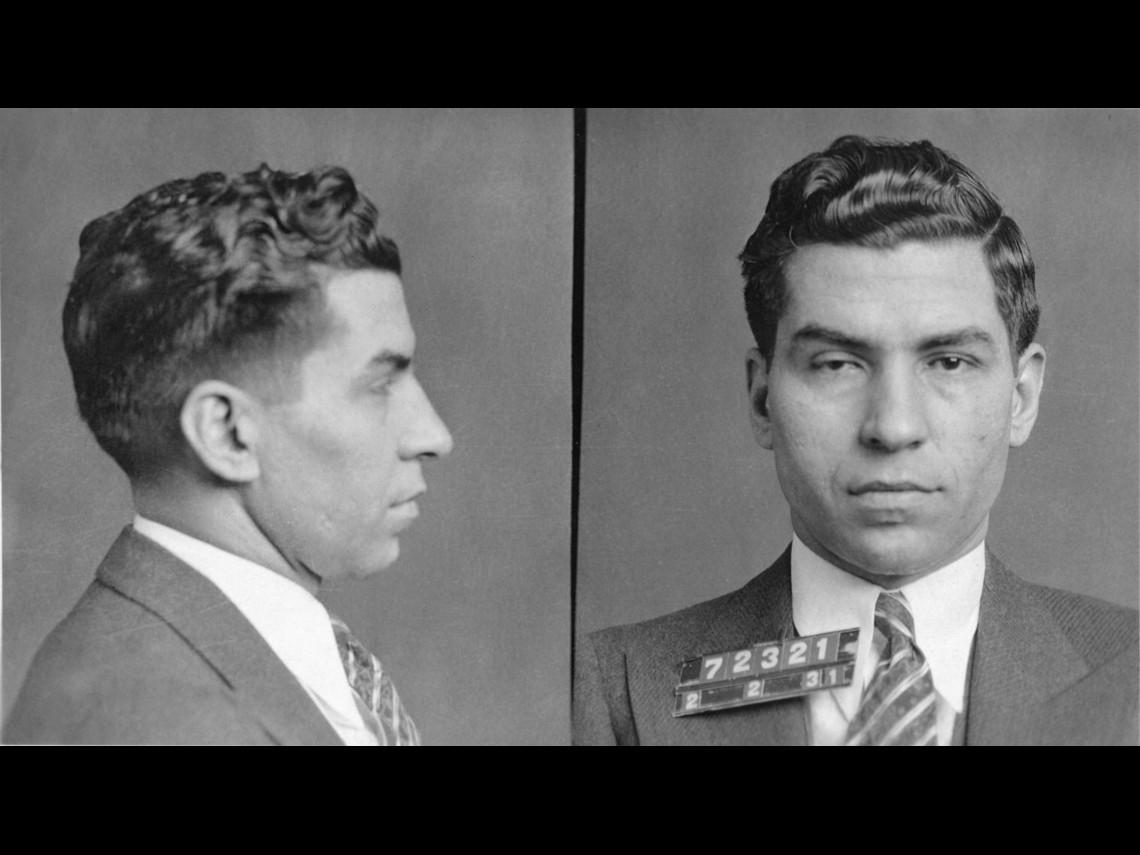 Charles "Lucky" Luciano was, along with his fellow gangsters Vito Genovese, Joe Masseria, Frank Costello and other criminals, one of the most prominent mobsters of the 1930s. Luciano was not the first person to organise the Five Families (the five major New York organised crime families), as is popularly believed. Salvatore Marranzano is the one who deserves that honour and after placing Luciano at the head of one of the five families, Luciano had him killed. He then reorganised the Five Families, establishing the Commission to resolve disputes without violence. After many years of investigation, federal prosecutors led by Thomas E. Dewey were able to convict Luciano on pandering charges in 1936. From the federal prison he continued to control organised crime in New York and New Jersey. He was deported to Sicily after the war, relocated to Havana, from there back to Italy, where he continued to control organised crime for many years, until his death in Naples in 1962 when he was 64 years old. 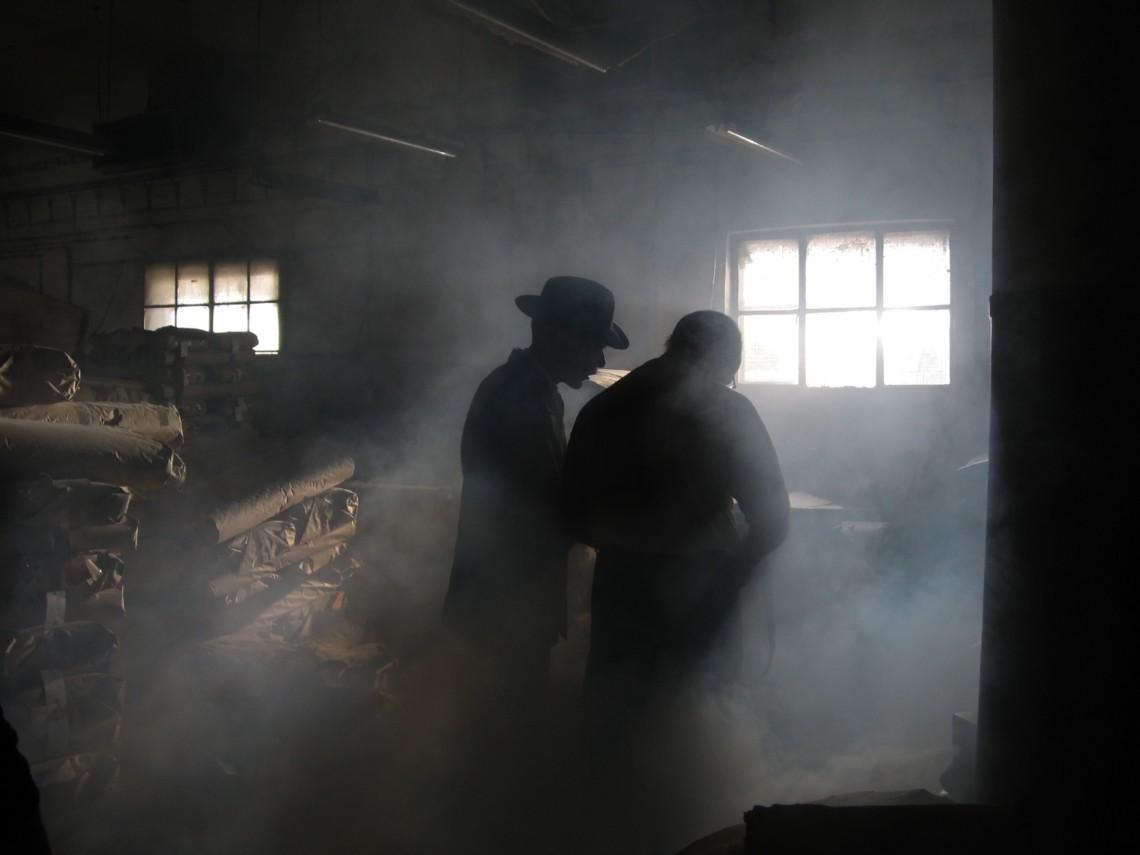 It all took place in Boston, in the middle of the 20th century. George Hassett, Whitey Bulger did what many gangsters thought was impossible: corrupted the feds. After surviving Alcatraz (where he was a test subject for the effects of LSD) and a gang war, Whitey managed to manipulate the FBI into becoming their primary informant when he should have been their primary target. Known as the "Irish Godfather," with FBI backing, he ruled the South Boston neighbourhood with an iron fist, flooding it with drugs while maintaining a friendly, anti-drug godfather image in the neighbourhood. An image that contrasted with reality: he shouted, killed women and hunted the weak. He evaded justice for decades, and when he was finally captured in 2013, he had already inspired many filmmakers to shoot films like The Departed or Black Mass. He was sentenced to life imprisonment. On 30 October 2018 he was murdered by fellow prisoners. He was 89 years old. 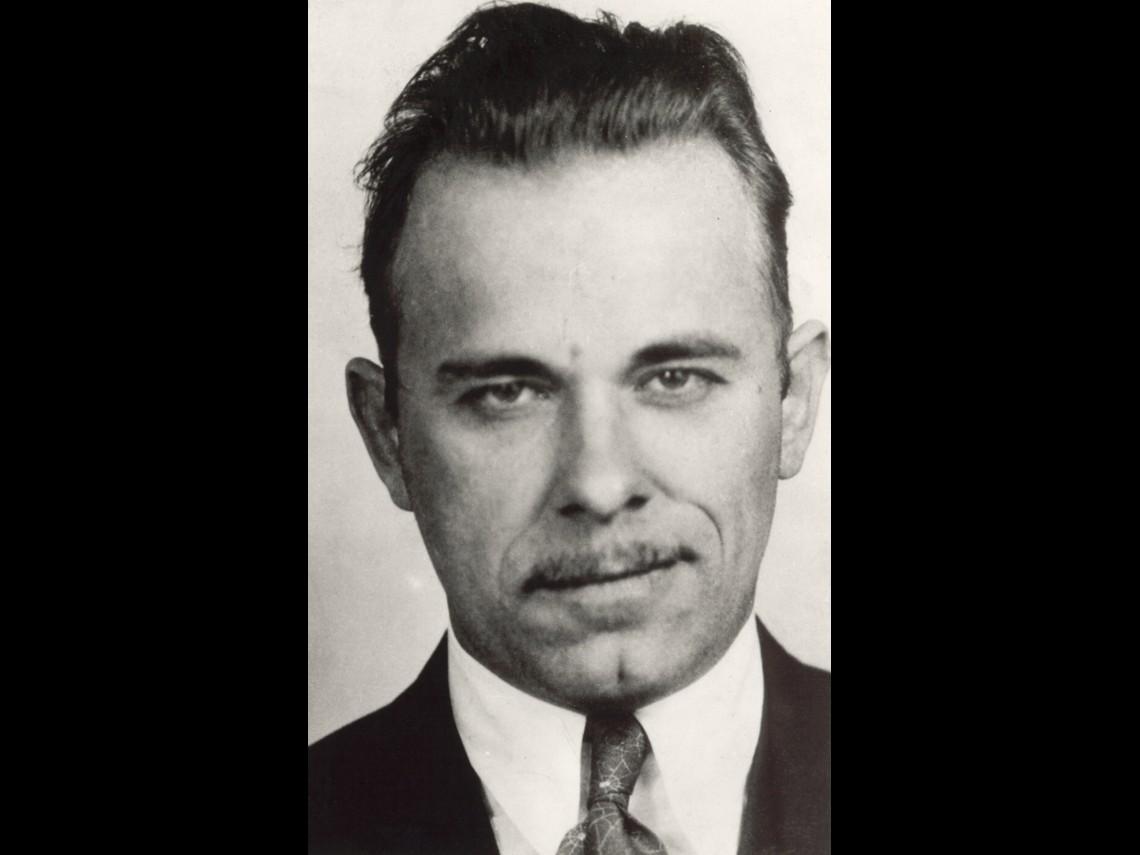 John Herbert Dillinger was an American gangster during the Great Depression. He was working with a group of men known as the "Dillinger Gang" or "The Terror Gang", accused of robbing 24 banks and four police stations, amongst other crimes. Dillinger escaped from prison on two occasions. He was also charged with the murder of a police officer who shot Dillinger during a shooting. However, he was not convicted of this offence. This bank robber became an icon of American popular culture, especially for the idealization of his procedures as a thief, his youth, his appeal, and his ingenious escapes from prison and the police. He died at the age of 31 from a gunshot wound. 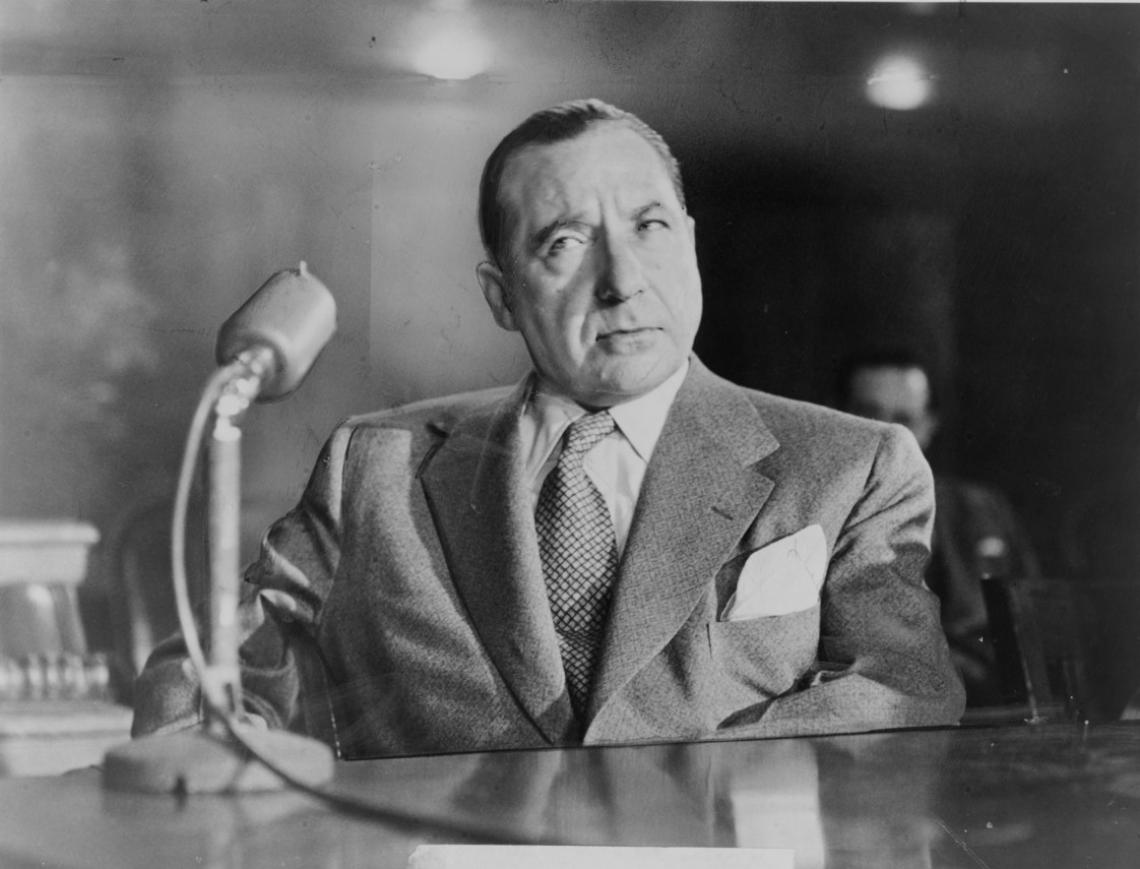 Costello began his criminal career at the age of 13, or at least that was the first time he drew the attention of the police. Known as Prime Minister, Costello was an Italian criminal who capitalized on heroin trafficking in the 60s and 70s by using an East Asian connection during the Vietnam War, cutting off the activities of the Italian mob that controlled the trade in Harlem at the time. His "financial success" as a mobster was valued at $52 million. Costello survived several trials for tax evasion and contempt of Congress, and an assassination attempt by Genovese in 1956. He retired the following year and went to live in a residence at the Waldorf Astoria until his death in 1973. He was 82 years old. 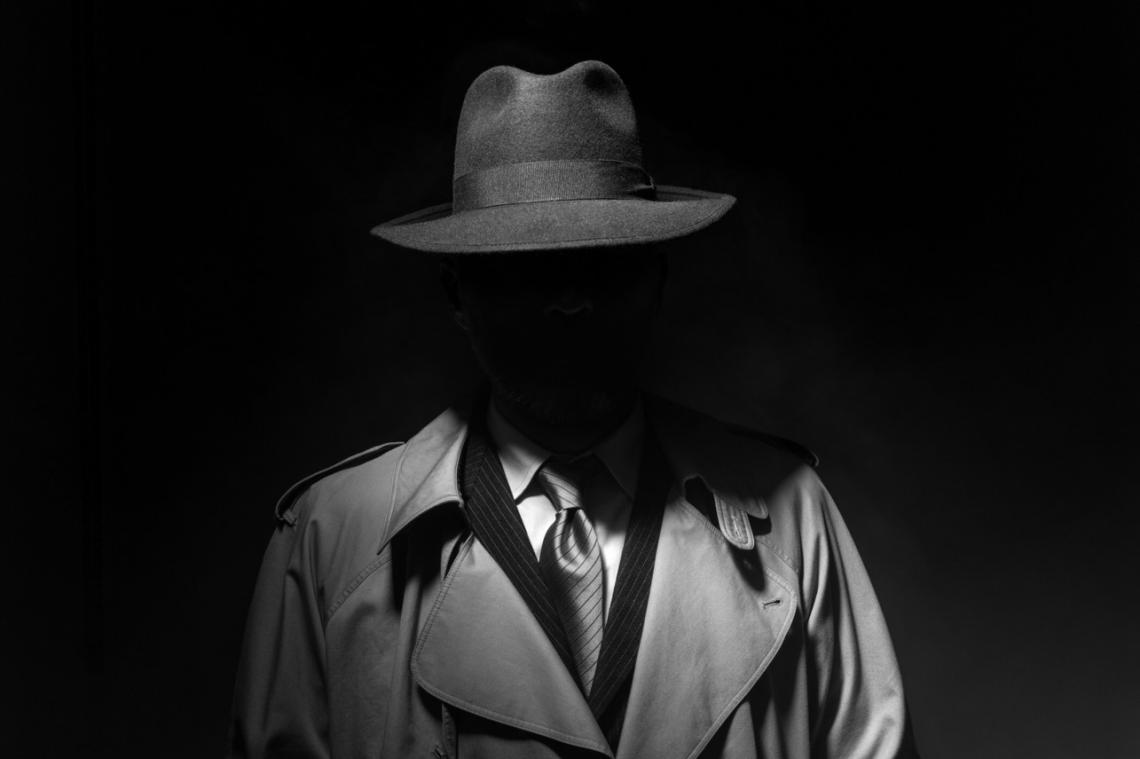 Known as "Lilo" or "The Cigar" because of his addiction to cigarettes, he was well known and feared for his cruelty. Despite being barely five feet tall, Ralph Salerno, a former NYPD detective, said Galante was one of the only mobsters who really scared him, citing the cold look of a killer. He set up pizzerias in different cities in the United States where he sold heroin while laundering money. When he was in prison, he was officially diagnosed with a psychopathic personality. Galante was gunned down in July 1979 while enjoying lunch at the American-Italian restaurant Joe and Mary in Brooklyn. 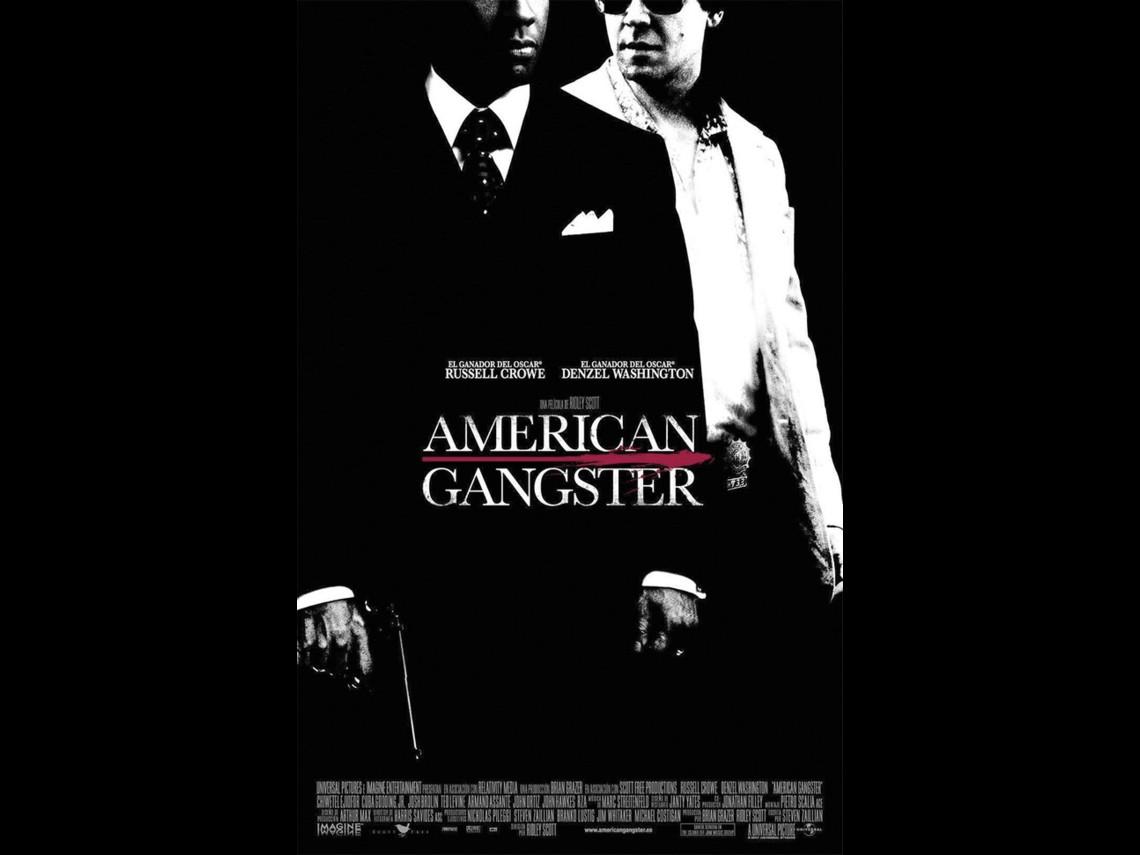 Nicky Barnes was a drug dealer and heroin addict from Harlem when he was sent to prison in 1965. Inside the prison he conquered his addiction and met Joey Gallo, a member of the Colombo family. It is not clear whether Barnes learned the benefits of organizing his criminal activities with him or not, but when Barnes was released he returned to Harlem with a business model in his head. In 1972, Barnes formed a seven-man organization that he called The Council, following the mafia model, to more efficiently manage the distribution of narcotics in New York. Barnes was arrested on numerous occasions, evading convictions for bribery and extortion, and earning the nickname Mr. Untouchable. He was finally sentenced to life without parole. Seeing that it would be difficult to get out of prison, he managed to close a deal with prosecutors to offer evidence against other members of the Council. Their valuable information led to the conviction of 16 drug traffickers, and 28 others. Barnes joined the Federal Witness Protection Program and died on 18 June 2012 at the age of 78. He has appeared in films like American Gangster in 2007, in which he was played by Denzel Washington. 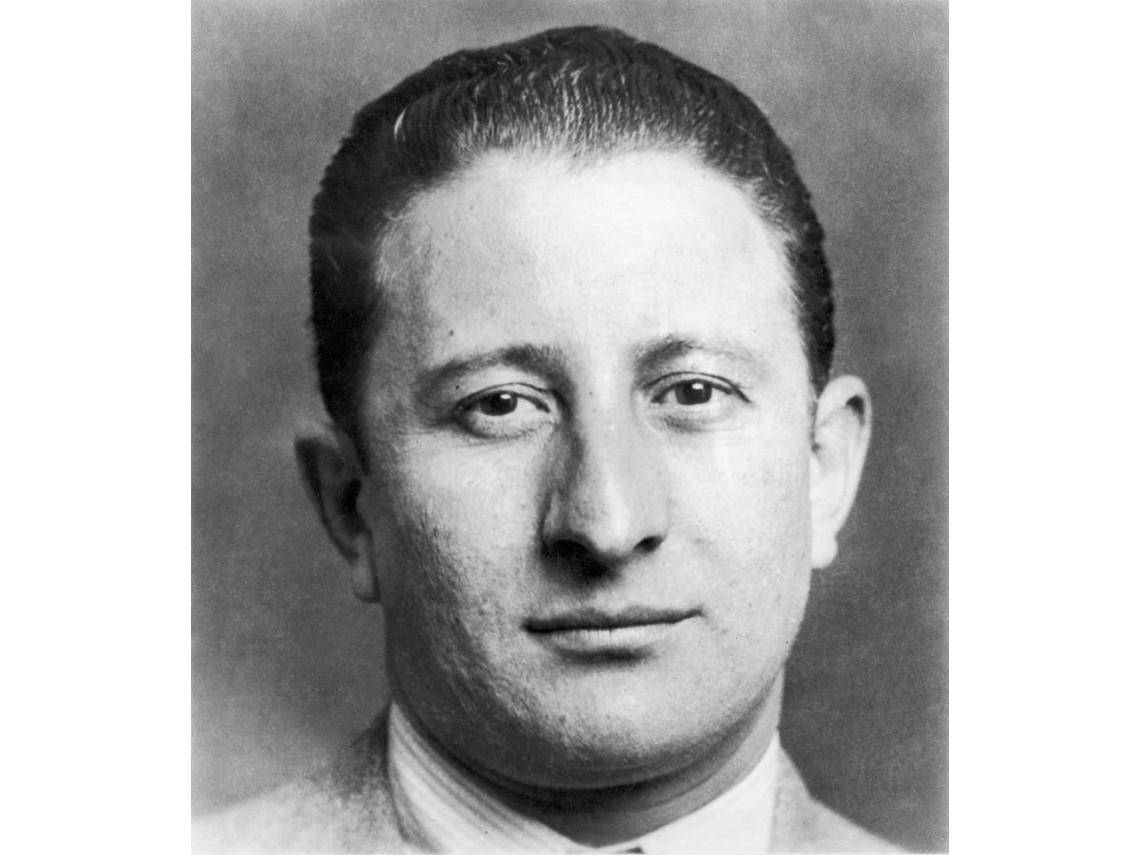 Carlo "Don Carlo" Gambino was a Sicilian-American mobster and head of the Gambino criminal family, named after him. After the 1957 Convention, he unexpectedly took control of the American Mafia Commission. Gambino was a discreet and secretive man. He was found guilty of tax evasion in 1937, but got his sentence suspended. He lived to be 74 years old, when he died of a heart attack in bed in 1976. 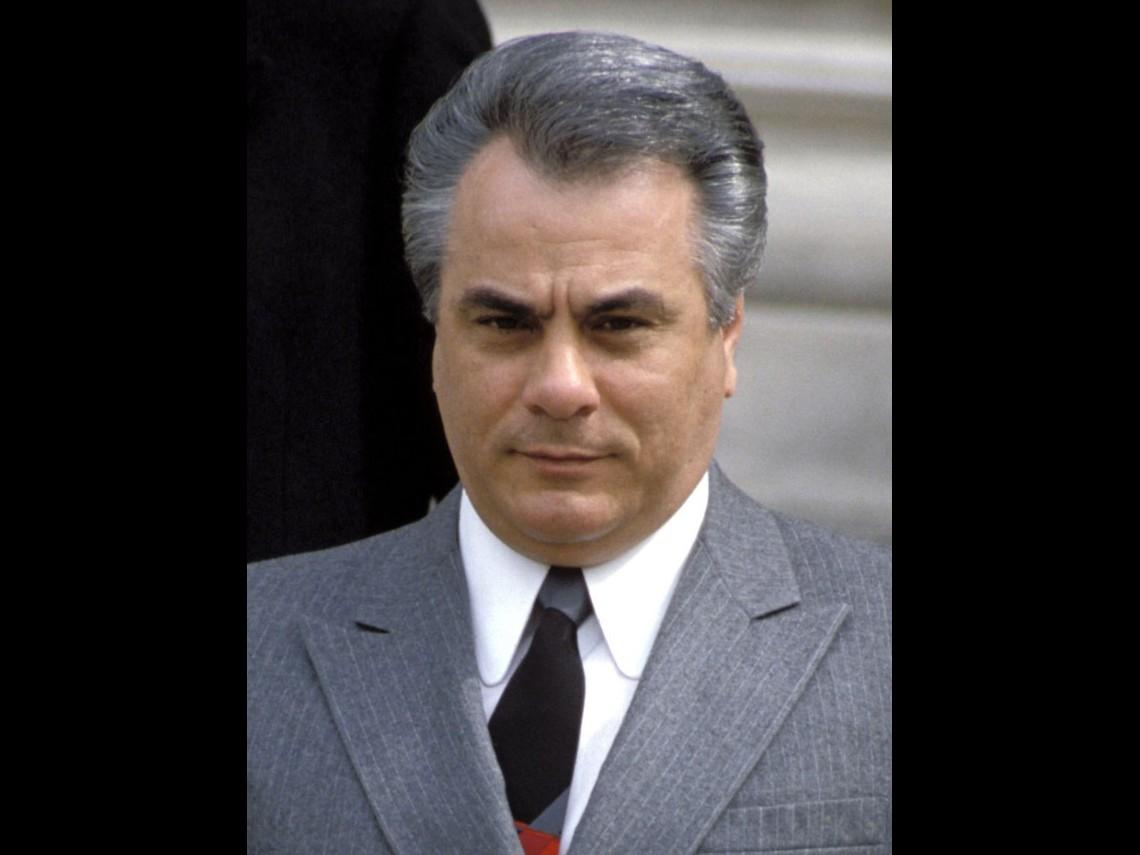 They called him The Dapper Don for his love of expensive suits and media coverage. He became the most powerful mob boss in the United States during the 1980s. Christian Cipollini-Gotti oozed gangster pride. He was head of the Gambino Criminal Family from 1985 to 1992. Headlines said he was "America’s best-dressed gangster," a hero to some and a street thug to others. The law seemed to be as obsessed with Gotti as Gotti was with his own status as a famous character. There was a time when he appeared in the news on a daily basis, but the organised crime factions did not much agree with the presence of "superstars" within their realm, so they managed to put him behind bars and his figure began to decline. He died in 2002 at the age of 61 from oesophageal cancer in a federal prison in Missouri.