The spectacular exhibition of the Petersen Automotive Museum in Los Angeles, U.S. includes more than 50 vehicles from the history of science fiction. Under the title "Hollywood Dream Machines: Vehicles of Science Fiction and Fantasy" it is particularly exciting for anyone who loves futuristic films and, in general, any content relating to the wonderful world of science fiction.

There is even a Prometheus (2012) vehicle, possibly the most underrated science fiction film of the last decade. The vehicle is so big that it’s not located in the main museum. It’s outside. And it’s impressive.

One of the characteristics that make this show so fascinating is that the focus is not just on the futuristic, but on a particularly dark and dystopian brand of what tomorrow might bring. Given everything that’s happening in the world right now, the exposition is most appropriate.

"The exhibition is an ode to the industry on which Los Angeles was built," says Petersen Automotive Museum executive director Terry L. Karges.

Many of the narratives in which these vehicles are immersed offer a dystopian vision, in which human beings face existential crises with machines as an instrument of destruction or even as a threat to supplant humanity. Others are lighter and more whimsical, such as the Back to the Future movies and the series Batman, Knight Rider and The Green Hornet. The vehicles have helped to define these works, and in many cases, they have been memorable in their own right for their intriguing designs.
The exhibition is open until March 15, 2020 (tickets cost $11 (children) and $16 (adults), so you still have plenty of time to go and see it for yourself. The entire exhibit seems to be a fantastic parking lot of what we imagine could be the future of transportation throughout Hollywood history. 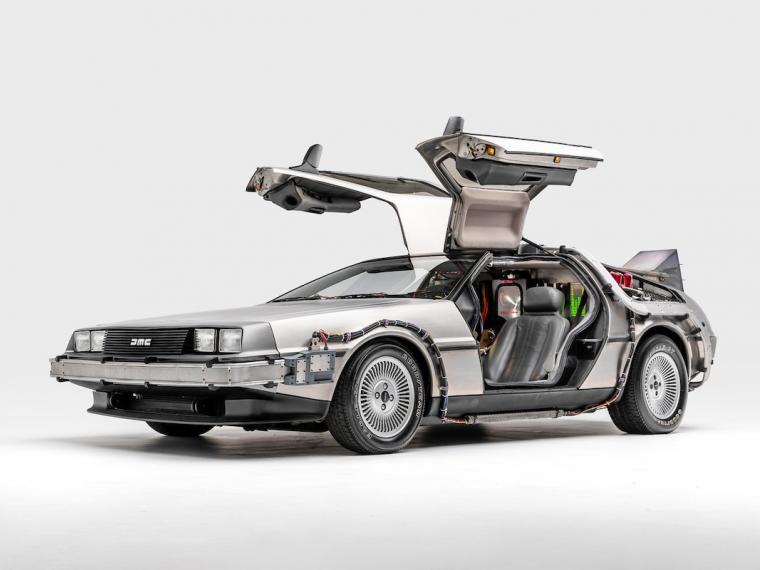 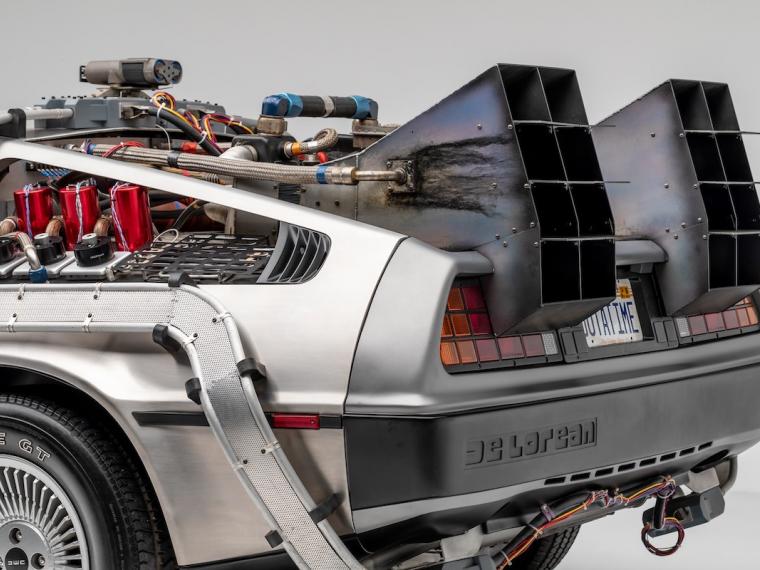 Did you know that three visually different DeLoreans were created for the trilogy, but this is the only one that appears in all three films? 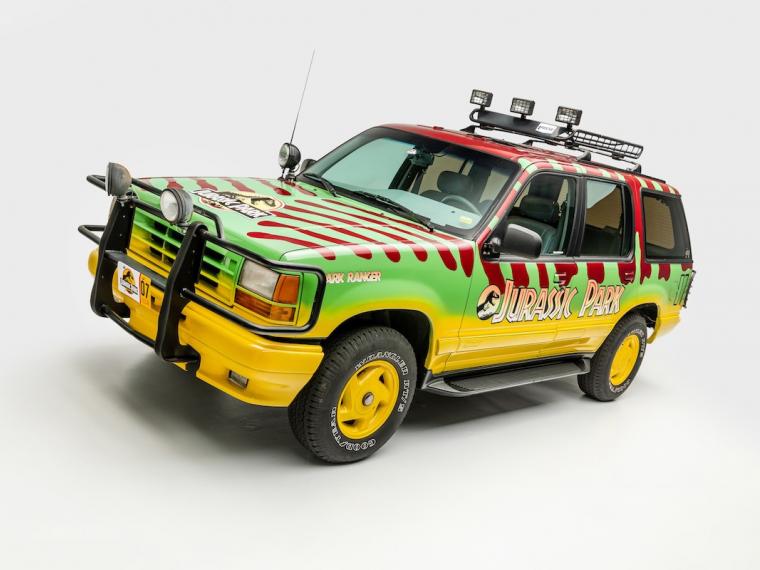 When you see it, you will recognize that it is a replica of the car used in Steven Spielberg’s 'Jurassic Park' (1993). 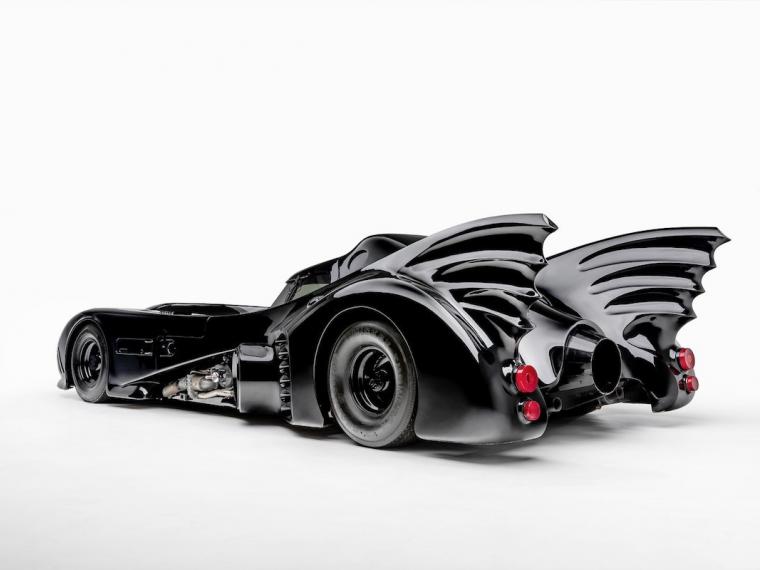 The fantastic car used in the films 'Batman' (1989) and 'Batman Returns' (1992) is another one in the exhibition in Los Angeles. Most of the vehicles in the sample are present thanks to loans from studios and vehicle design firms. However, in this case, the iconic Batmobile that Adam West drove in the 1960s series and other vehicles belonging to his own collection, and he has organized loans from private owners. 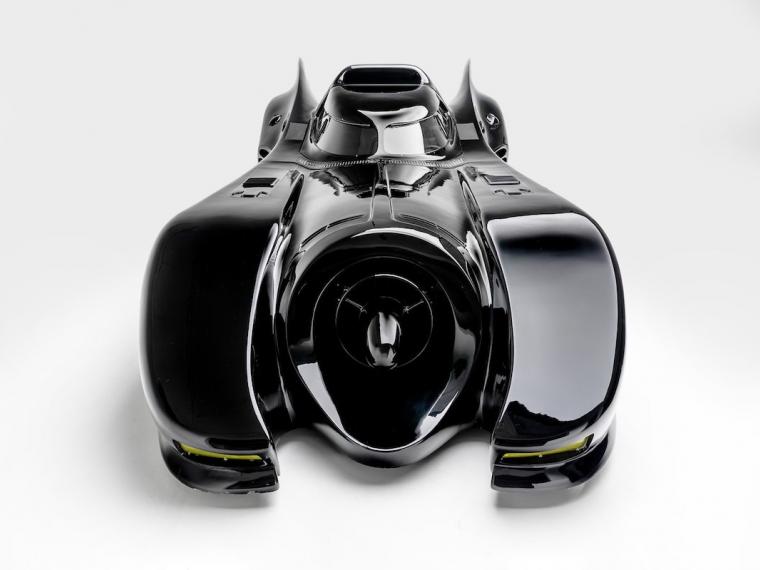 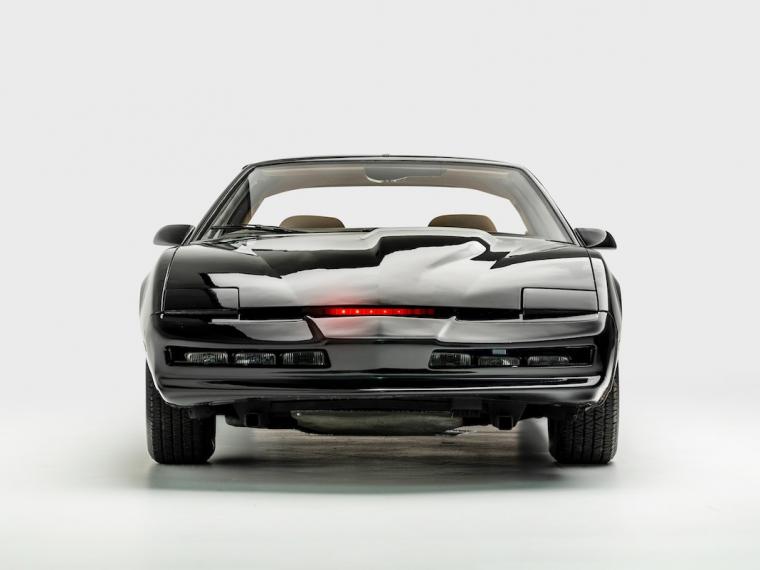 At the Petersen Automotive Museum you can also see the iconic Knight Industries Two Thousand, KITT. This original Pontiac Firebird was used in the TV series 'Knight Rider' (1982-1986). 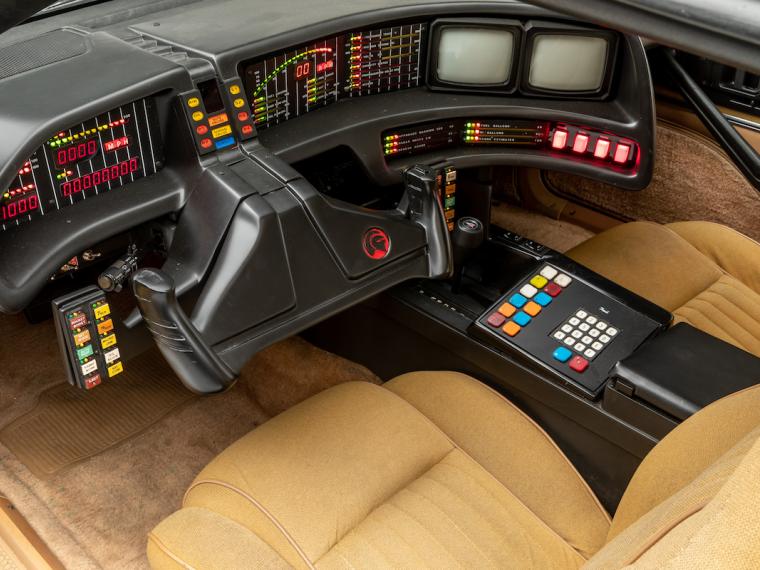 Impossible to forget Michael Knight and his mission to fight for justice alongside his Pontiac KITT, a smart, high-tech, talking vehicle. 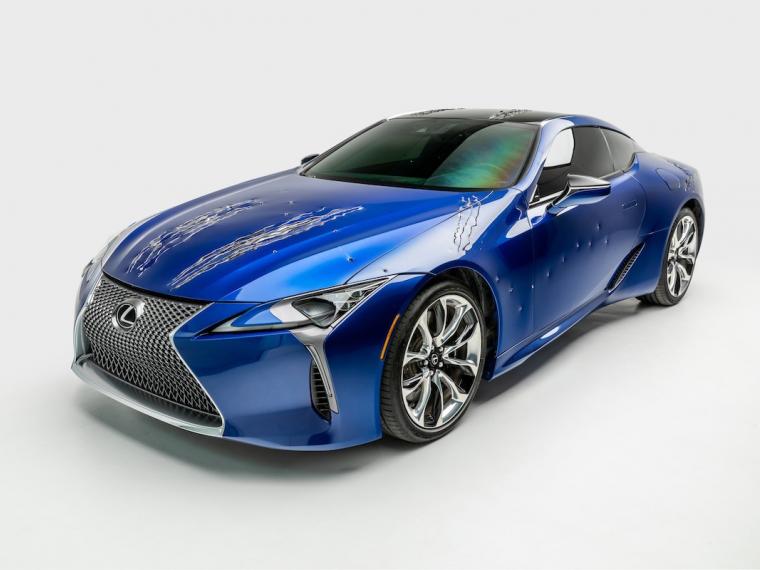 LEXUS defined the design concept of "seduction and technology" for its sports car, with an outstanding feature, was the car used in 'Black Panther' (2018). 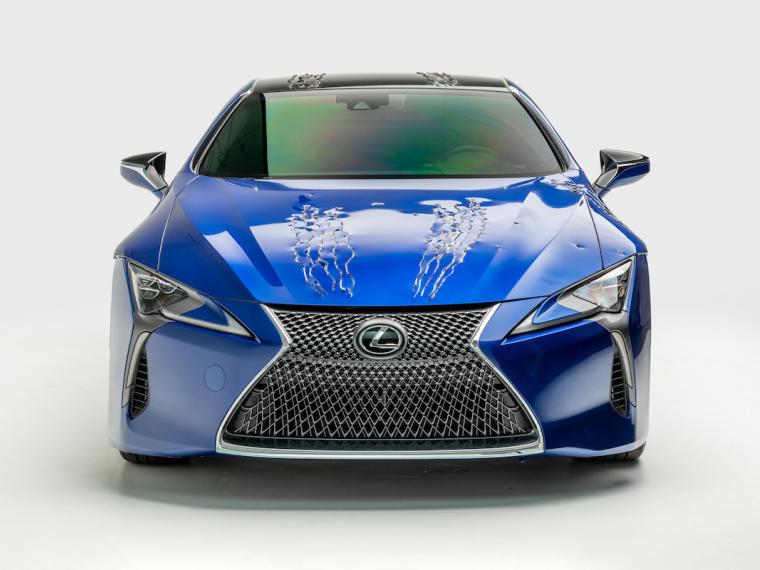 The luxurious vehicle attracts eyes as it appears in a dazzling scene of the film Black Panther. Design by: Tadao Mori. 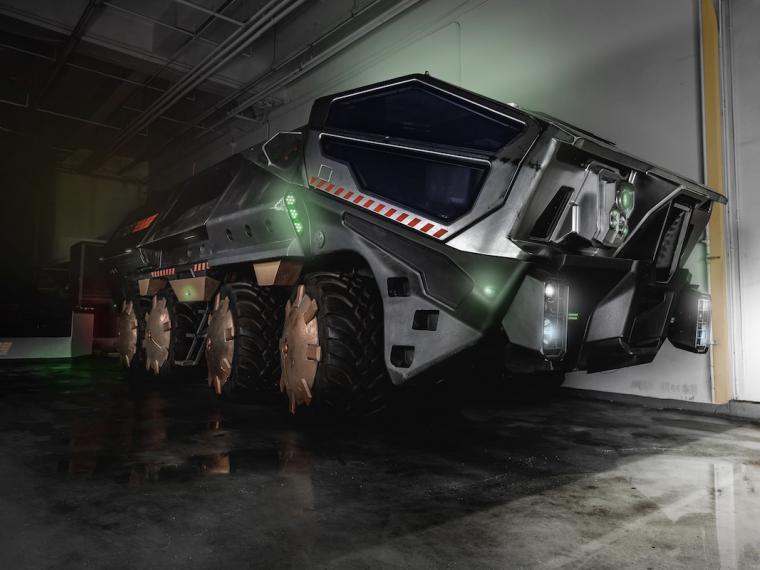 In Ridley Scott’s sci-fi horror film, the vehicle welcomes us at the entrance of the exhibition, due to its size. It’s a big enough vehicle to get through the museum’s front door. The alloy rim system withstands temperatures of up to 1093°C. The vehicle is 5.7 metres long, and  the personnel compartment can accommodate up to 20 occupants. 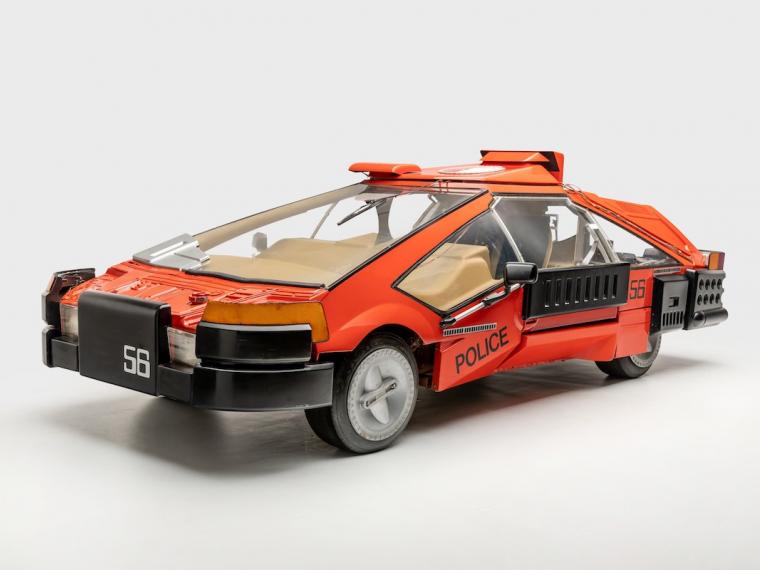 Amongst the vehicles on display in the three galleries of the museum is the DeLorean franchise Back to the Future, as we have already seen, but also many others. 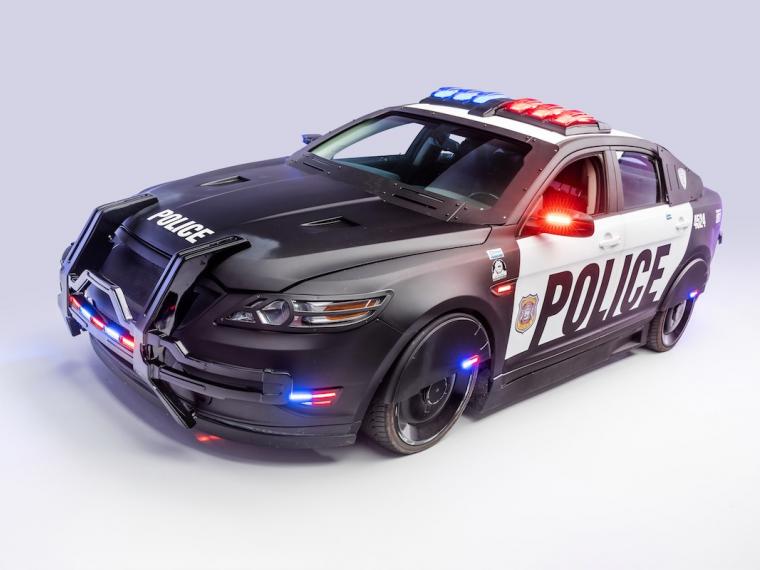 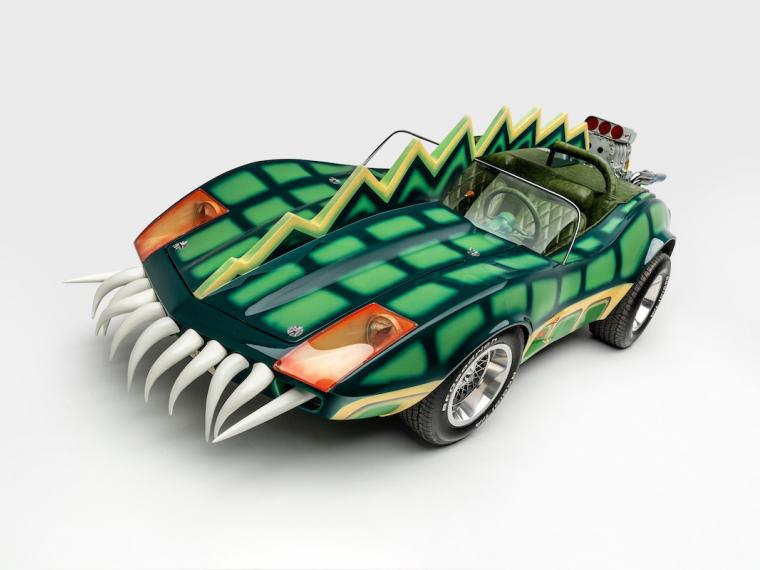 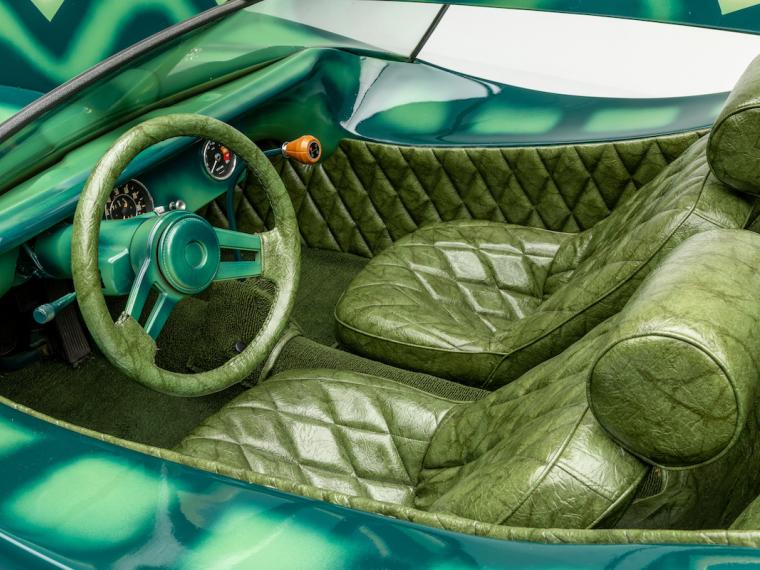 In this film starring Sylvester Stallone and David Carradine, tells us about a future in which in 2000, running over and disappearing gives you points. 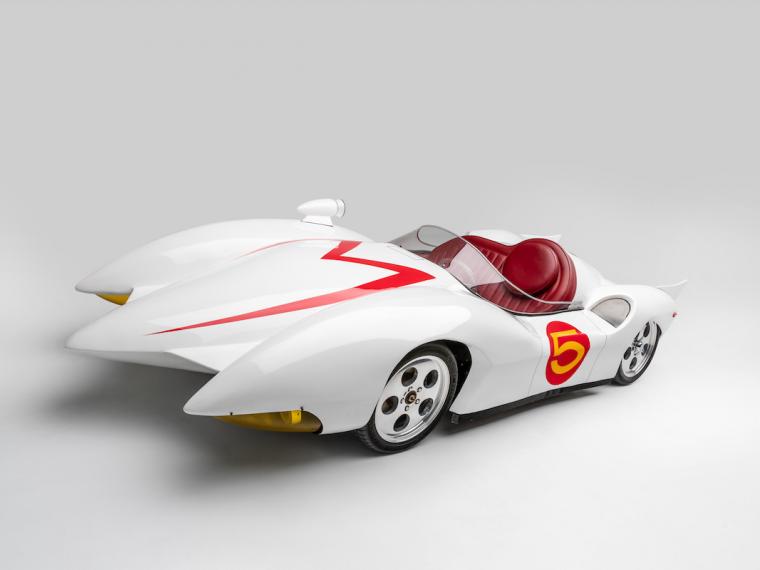 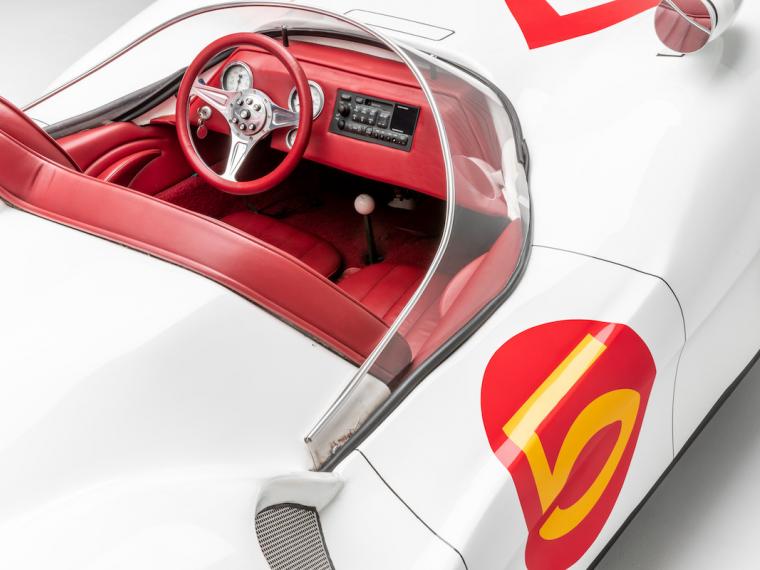 Hand in hand with the Wachowski sisters

Speed Racer, the film, directed by Lana Wachowski and Lilly Wachowski, present us with a real-life image adaptation of the Japanese animated series, Meteoro. 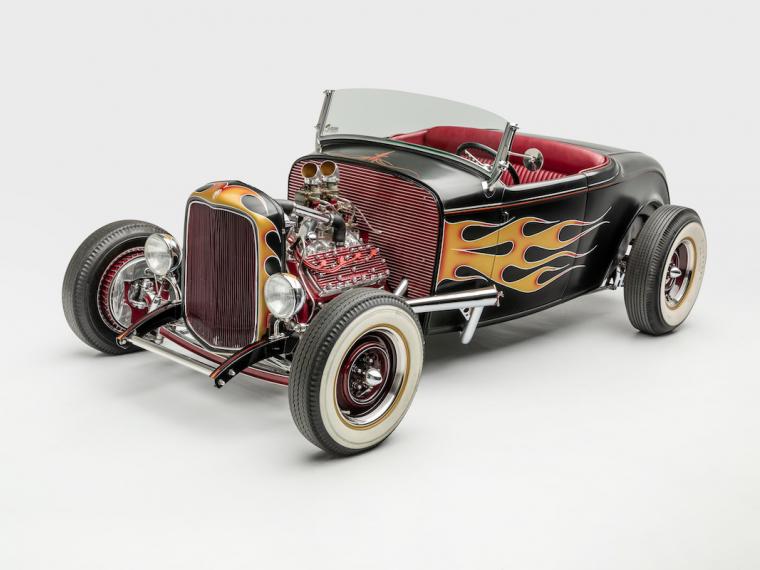 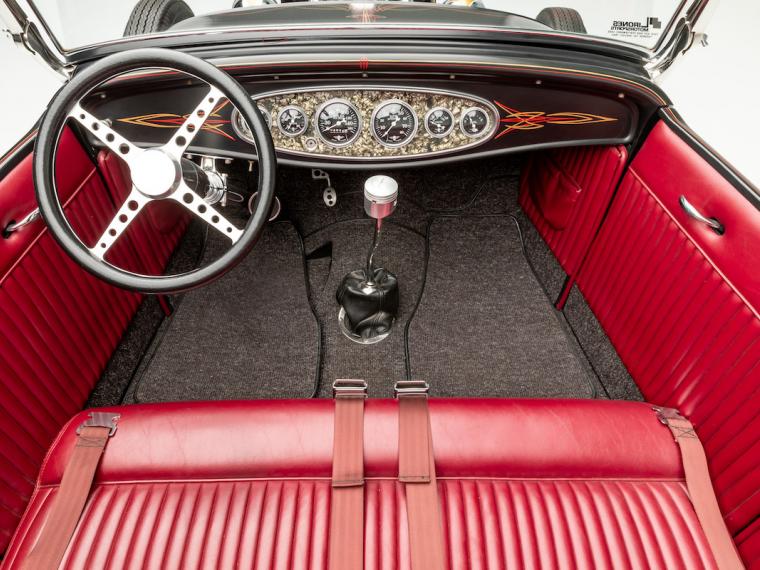 We already know that our protagonist is a man of expensive tastes. The 1932 Ford Flathead Roadster, also known as "Hotrod", is an old and famous car model from the American car brand Ford; one of the cars that Tony Stark has in his garage in Iron Man and Iron Man 2. 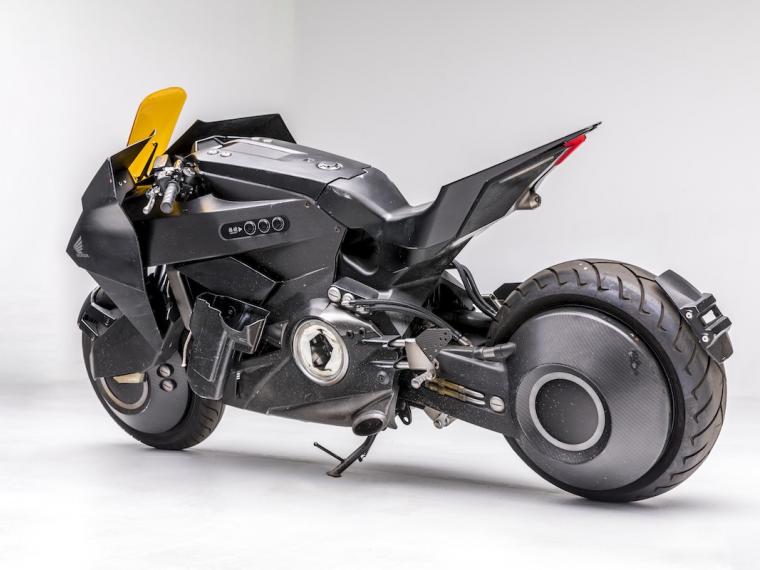 Designed by Honda and Dominic Taylor of Human Dynamo Workshop. 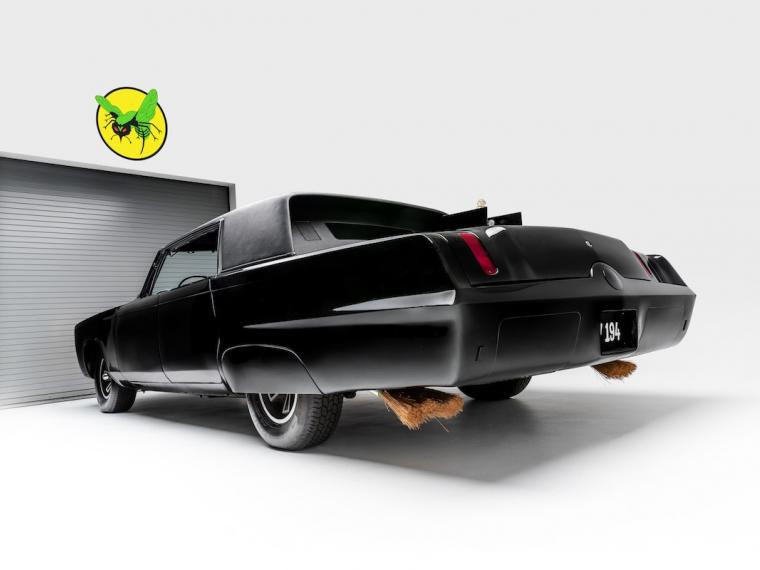 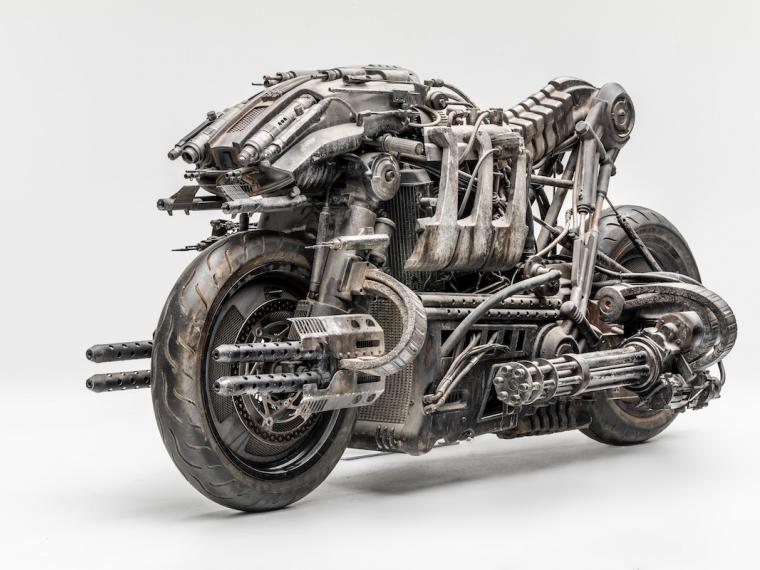 The time has come for the Terminator.The exhibition hosts the bike used in Terminator Salvation (2009). 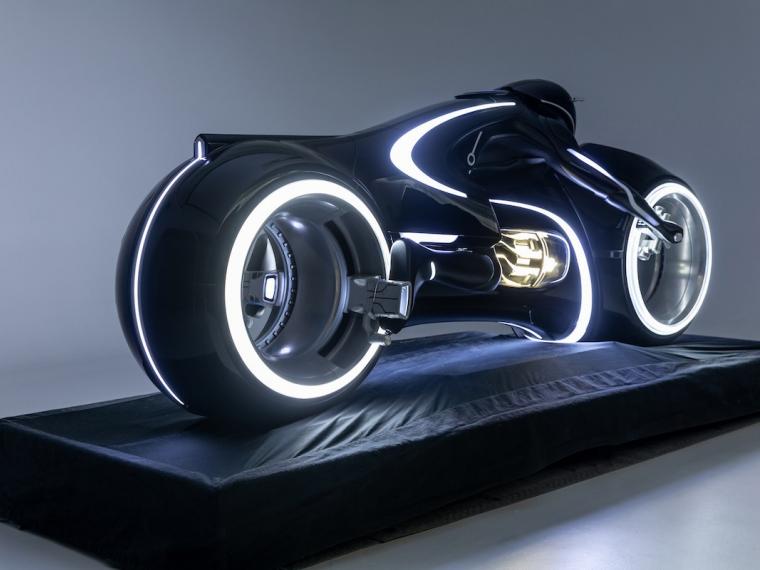 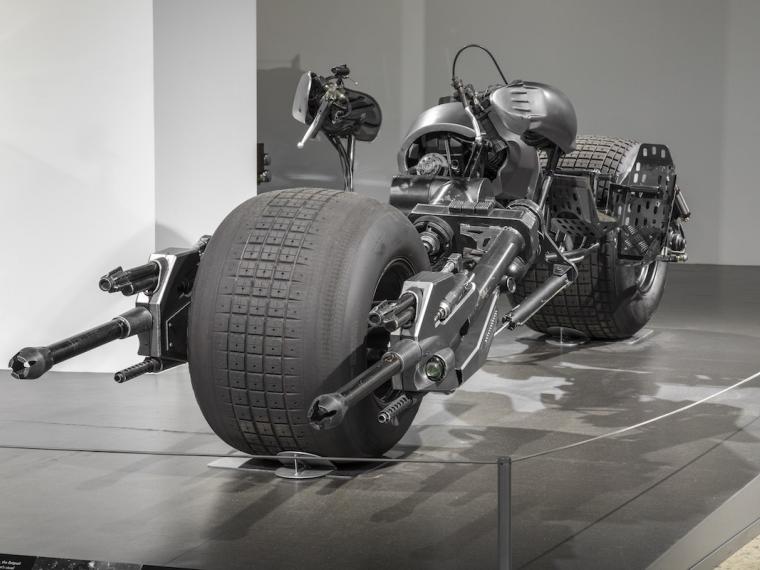 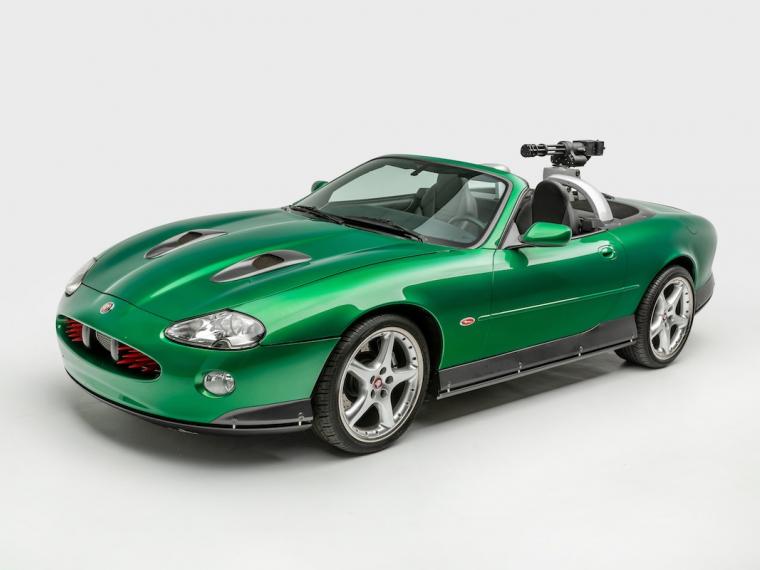 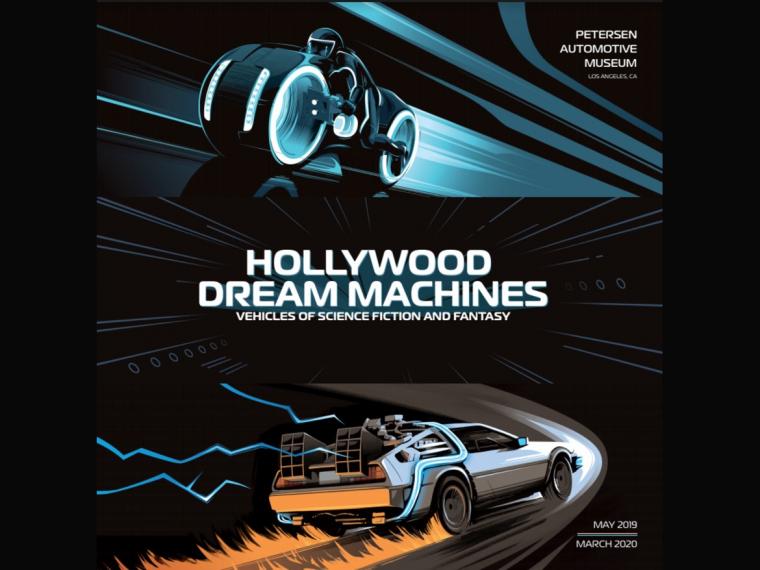 An exhibition for everyone

Vehicles can be critical in defining the appearance of a film and telling its story. The peacemaker, with his small tilted glass windshield and armor, for example, embodies the authoritarian villain of the Hunger Games regime. Iron Man’s Audi offers a glimpse of his love for expensive toys. The bright yellow Bumblebee is the centerpiece of the 2018 Bumblebee film at the Transformers franchise, which was looking for a smoother and more playful approach than its 2007 predecessor. What is your favorite?