Turtles are reptiles most easily recognised for their hard shells that protect them from predators. Sea turtles are among the oldest and most primitive groups of reptiles remaining on Earth. They were around during the age of the dinosaurs - that’s over 100 million years ago! Most turtles live the majority of their lives in water.

Sadly, sea turtle populations have declined over time. Thousands of sea turtles are accidentally caught by fishing equipment each year and many beaches that turtles rely on for nesting are disappearing, meaning reproduction is limited.

‘Turtle’ is an umbrella term for all species of the testudine group, which includes turtles, tortoises, and terrapins.There are two main types of turtle, categorised as either ‘cryptodira’ or ‘pleurodira’ - within these suborders there’s over 300 species of turtle. Turtles can be aquatic, semi-aquatic, or mostly terrestrial. Tortoises are turtles that live on land and aren't equipped for water.

Six of the seven species of sea turtles (leatherback, loggerhead, kemp, green and hawksbill turtles) can be found in all the oceans of the world, except the Arctic and Antarctic. The seventh, the flat turtle, lives alone in the waters around Australia.

Like other reptiles, turtles are cold-blooded. Many species of turtles can hide their heads inside the shell when attacked by predators. But not all of them possess this skill. Some sea turtles eat large quantities of jellyfish because they have mouths and jaws specially formed to help them eat the food they like best.

As one of the four main families of reptiles, along with crocodiles, lizards and snakes, turtles have been the object of human fascination for thousands of years.

How much do you know about turtles? Find out some interesting facts that you might not know, such as how these reptiles evolved to why it is not such a good idea to keep them as pets... 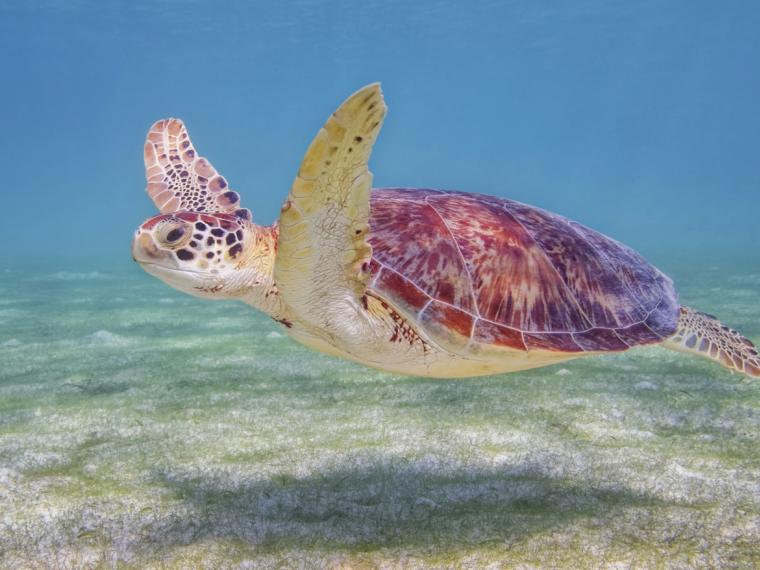 Turtles have a deep evolutionary history that spans back millions of years, even before the dawn of the dinosaurs (Mesozoic era). The oldest known descendant of the turtle is the Eunotosaurus , which lived in the swamps of Africa 260 million years ago. This creature had wide, elongated ribs that curved along its back (something that could be described as an early version of a turtle shell). As evolution continued, tens of million years later, Archelon and Protostega roamed the Earth, understood by scientists to be ‘prehistoric turtles’ - they each weighed almost 2 tonnes. 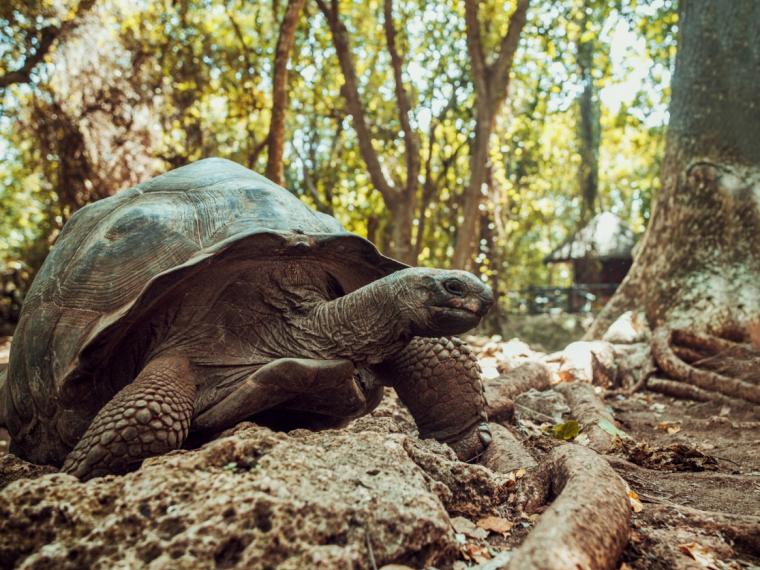 They are divided into two main groups

The two main groups of turtle are Cryptodira and Pleurodira.  The vast majority of the approximately 350 species of turtles are classified as ‘Cryptodira’, which means they can retract their heads directly to their shells when they feel threatened. The rest are Pleurodira, or ‘side-necked turtles’, this is because they literally bend their necks to one side when they retract their head into their shell.

There are also other more subtle, anatomical differences between these two types of turtle. For example, the shells of cryptodires are composed of 12 bone plates, while pleurodyruses have 13, and also have narrower vertebrae in their necks. Pleurodira tortoises are restricted to the southern hemisphere, including Africa, South America and Australia. Whereas you’ll find Cryptodira turtle all over the world. 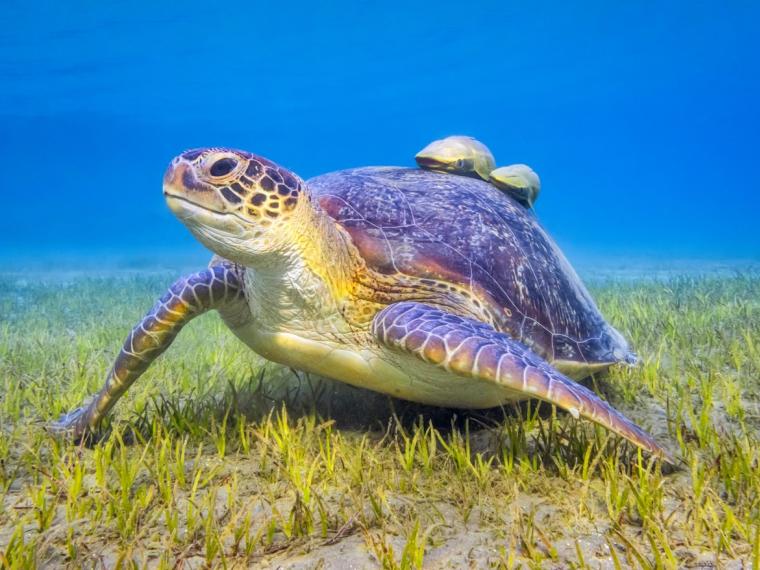 Turtles can be divided into two main groups - marine or aquatic turtles and terrestrial (land-based) turtles. Sea turtles are divided into  a further two key groups - freshwater and sea turtles. It is quite easy to get confused between species because they all have quite similar appearances.

Certain turtles can live both on land and in water. It is freshwater turtles are capable of living on land and in water and specific land-based turtles will only be found outside of water. A defining feature of aquatic turtles is their webbed feet, this characteristic helps them swim better. 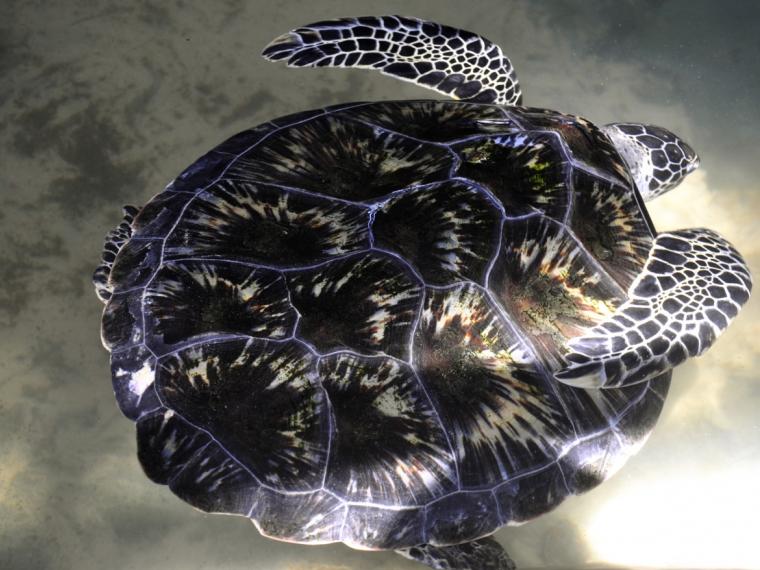 What’s the average size of a turtle? 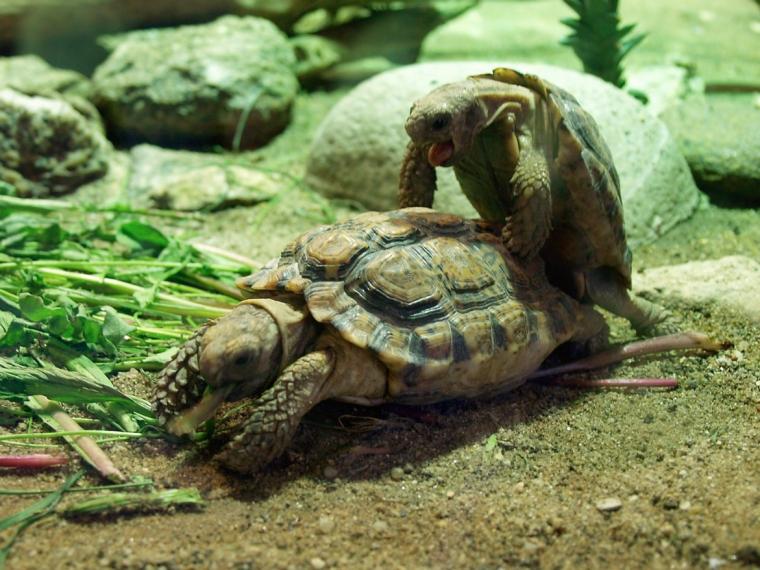 How small is the smallest turtle in the world?

The smallest species of turtle is the spotted cape turtle. Its shell is 7.9cm long and weighs about 142g. 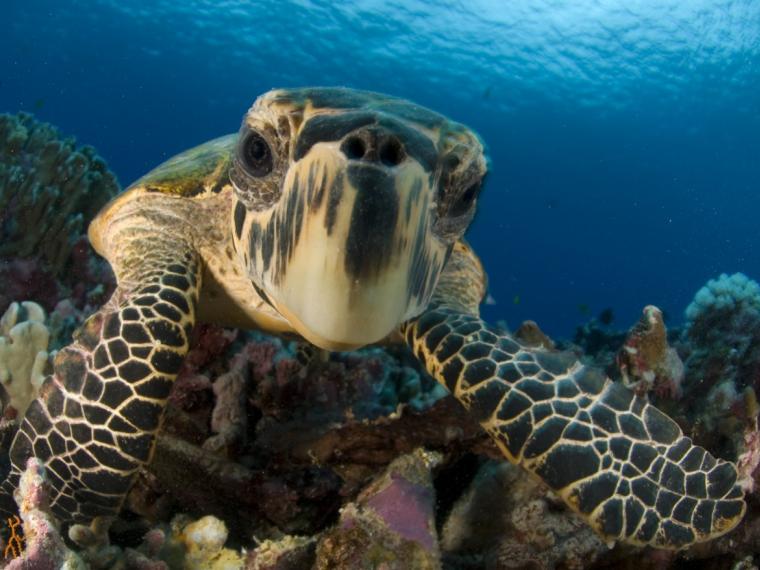 How long can turtles live for?

As a general rule, slow-moving reptiles with cold-blooded metabolism live longer than mammals or birds of a similar size. A relatively small turtle can live for 30 or 40 years, while a Galápagos tortoise, one of the largest of the land-based species of turtle, can reach up to 200 years old.

If a turtle is able to survive infancy, which is difficult for many as they are often killed by predators moments after hatching, their hard shells will protect them from most predator attack. 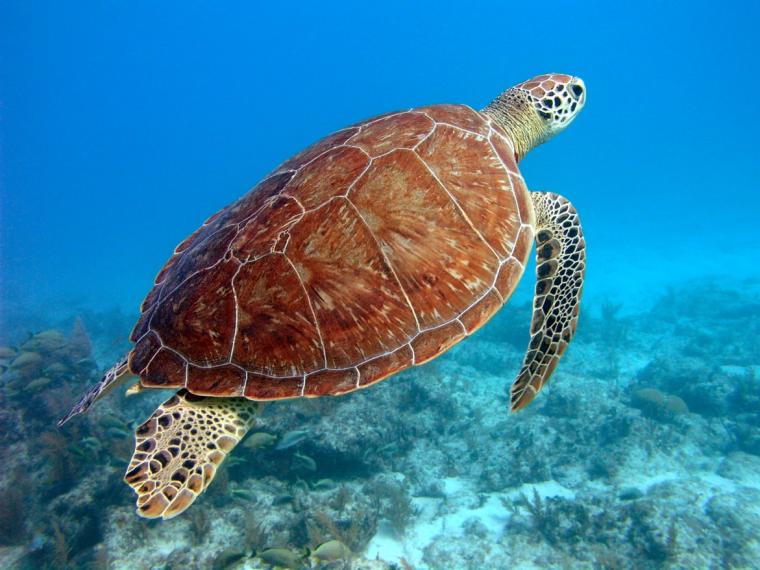 How long do turtles live for? 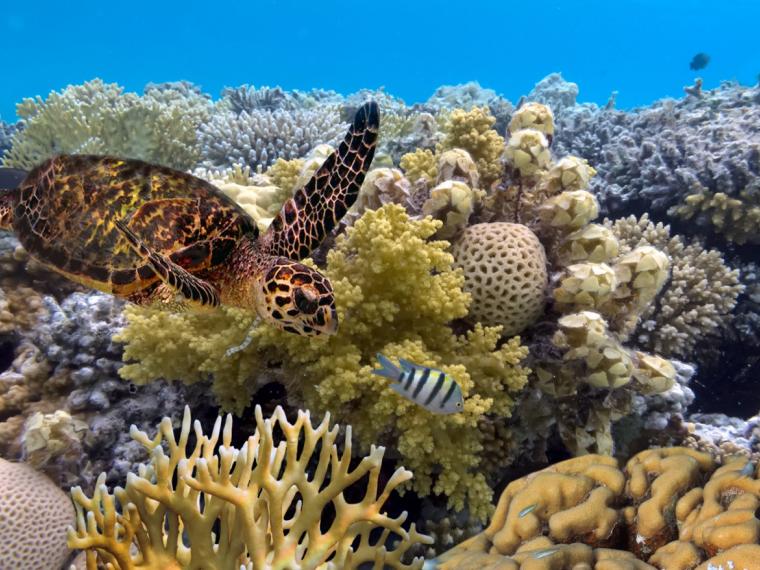 Where do land-based turtles live?

Turtles are animals that adapt very well to almost all environments and can be found on all continents except Antarctica. Most species of land-based turtles, including types of tortoise, are found in the south east of the USA and South Asia. There are only 5 species of turtle that live in Europe. 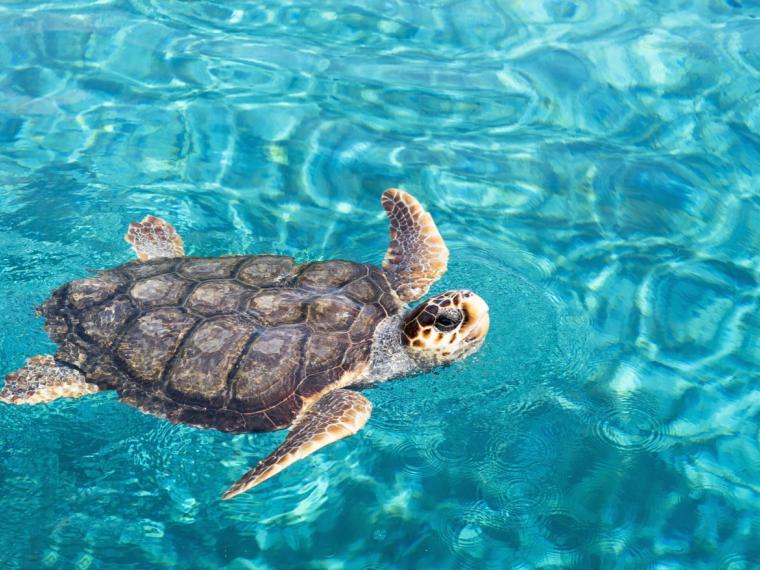 Where can you see sea turtles?

You’ll find sea turtles in almost every ocean in the world, nesting on tropical and subtropical beaches. They migrate significant distances to feed - often crossing whole oceans to do this. Sea turtles can be found in abundance in the ‘Coral Triangle’, a roughly triangular area of the tropical marine waters of Indonesia, Malaysia, Papua New Guinea, Philippines, Solomon Islands and Timor-Leste. 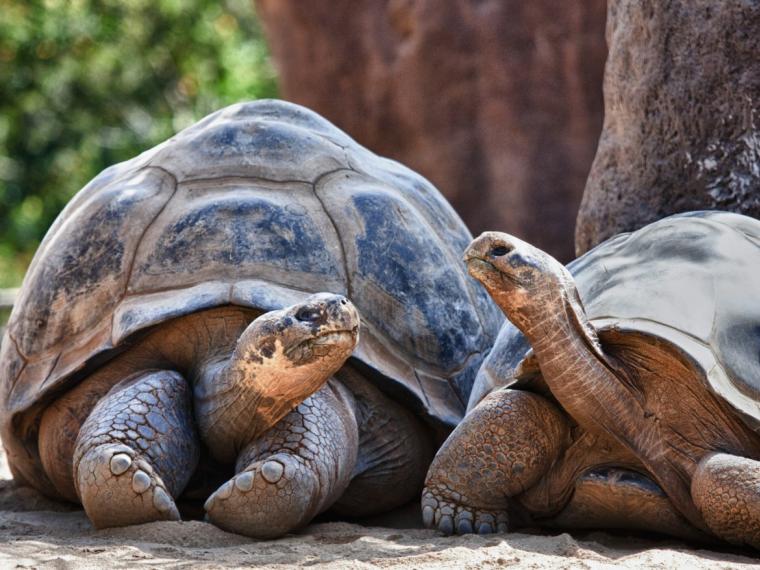 Turtles do not have ears, but they are not deaf. Thin fins cover the inner bones of their ‘ears’, which is able to detect low-frequency vibrations and sounds. Turtle shells provide substantial protection against predators, which scientists say is why they have developed the advanced hearing abilities like other species such as wildebeests and antelopes.

Sometimes turtles cry, but not because they are sad. Sea turtles have glands that help empty excess salt from their eyes, so it looks like they're crying, but they're just doing a much-needed cleanse. 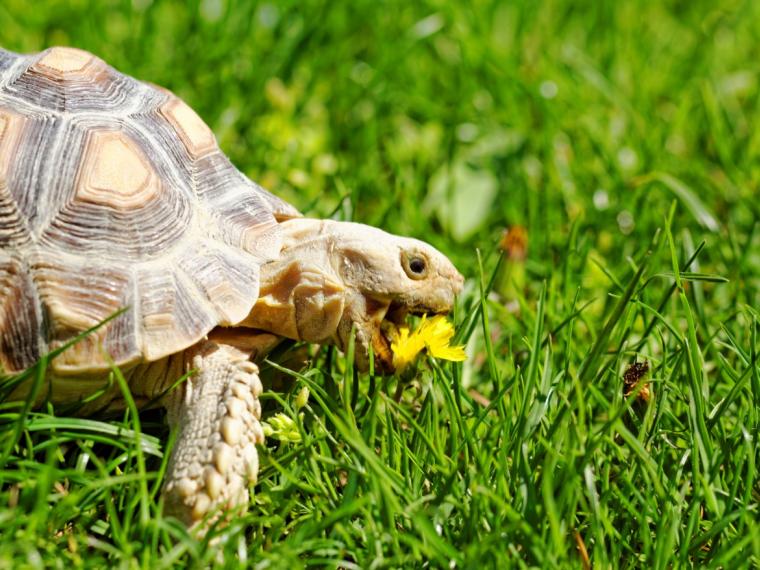 What do turtles eat?

Most turtles are omnivorous, this means they eat a mixture of meat (prey) and vegetables. Meat options include crickets, mealworms, small fish or jellyfish. General plant based meals include dark green leafy vegetables such as kale or cabbage leaves. 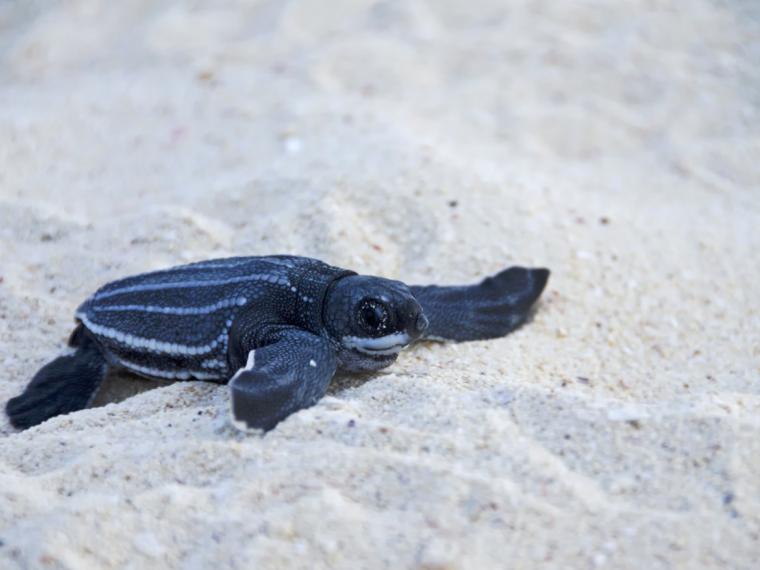 Aquatic turtles love to travel. The world's largest sea turtle, the leatherback, are are professional divers, with the capacity to dive more than 900 metres. These turtles nest on tropical beaches, but may migrate north to Canada for the rest of the year. Leatherback turtles are likely to travel around 16,000km each year. 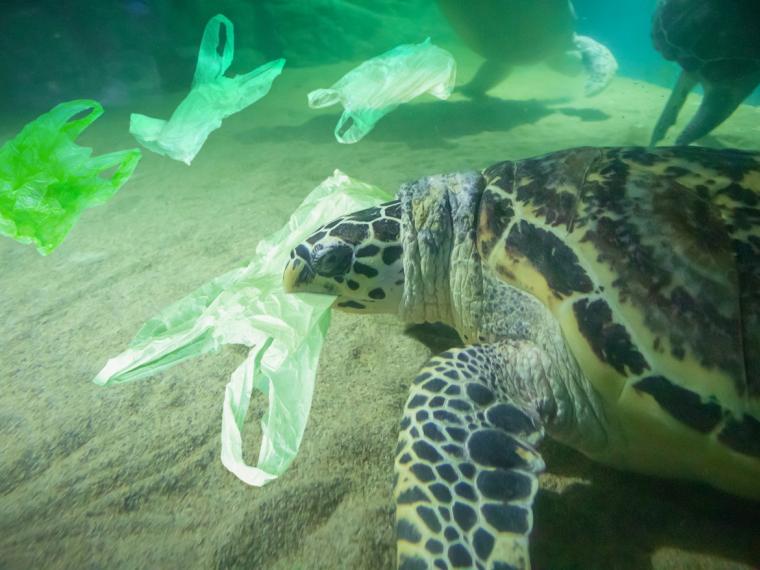 Jellyfish and the danger of plastic

A major issue of the pollution of the world's oceans is plastic. Unfortunately for turtles, plastic resembles jellyfish when it is floating in the water and as a result,  this is why many turtles die from ingesting plastic… 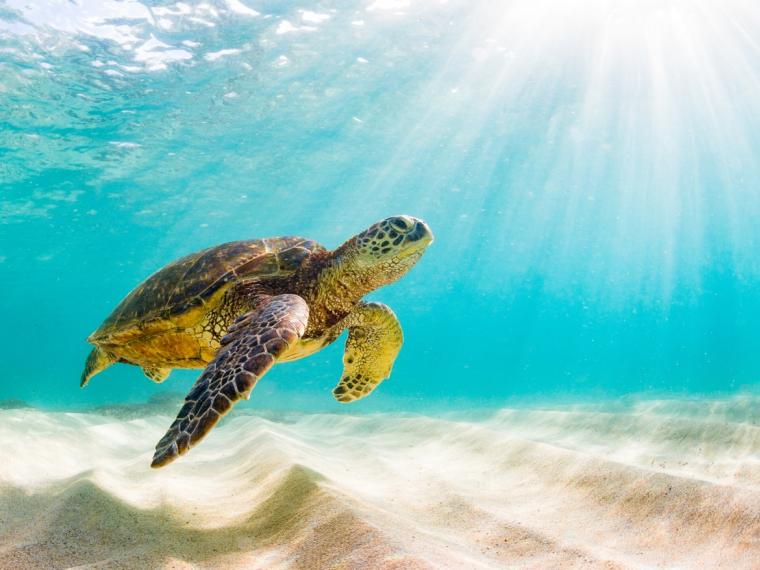 How long can turtles stay underwater?

Sea turtles can hold their breath for a long time. Green sea turtles, for example, can stay underwater for up to five hours, (but their feeding dives usually last around five minutes or less).

How is this possible? When a turtle is submerged in water they have the ability to slow their heart rate right down to around nine minutes between heart beats (that’s one heartbeat every nine minutes), allowing them to stay under water for a significant length of time when necessary.

How to distinguish a turtle's gender

Without touching it, you can tell the gender of a turtle by the noise it makes: the males growl, while the females whistle. 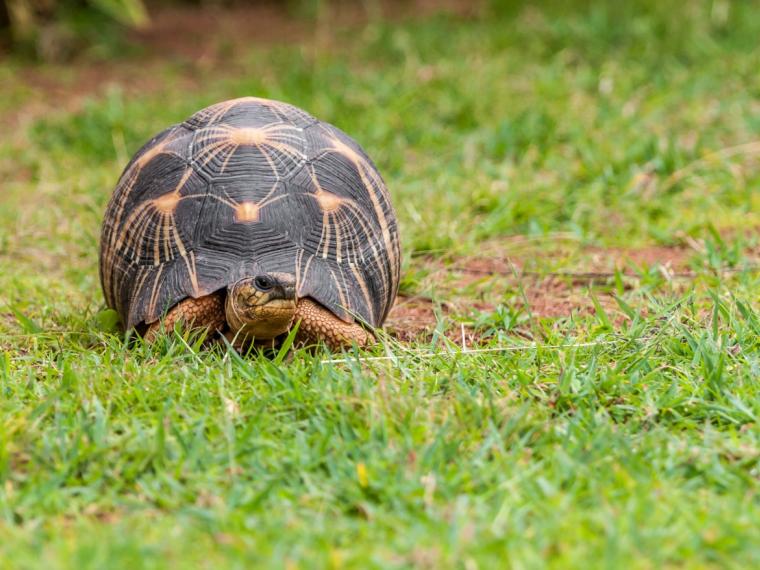 The shell is securely attached to the body

A turtle shell is attached firmly to their body. The inner layer of the shell is connected to the rest of a turtle’s skeleton by several ribs and vertebrae. The shells of most turtles, marine or terrestrial, are composed of ‘scutes’ that are made of keratin, the same protein that is present in human nails. The only exceptions are soft-shelled turtles and leatherback turtles, whose shells are covered with thick skin. This shell was developed as an evolutionary defense against predators. 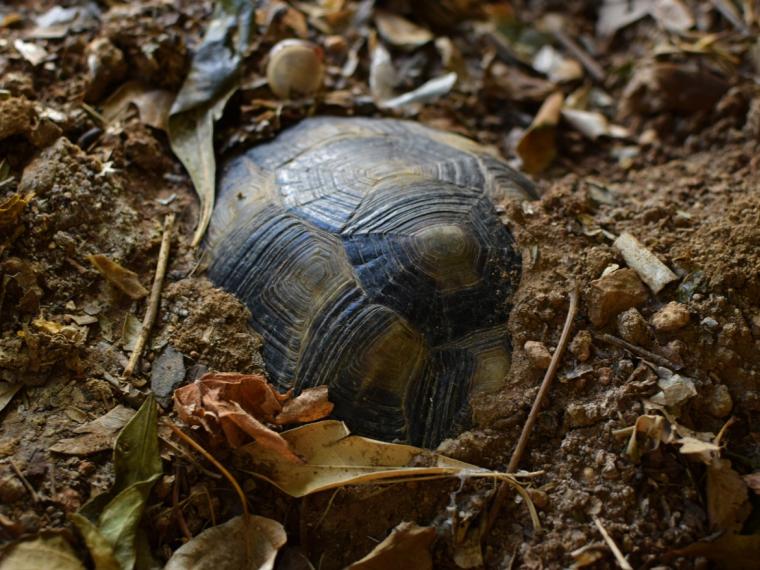 Do all turtles hibernate? 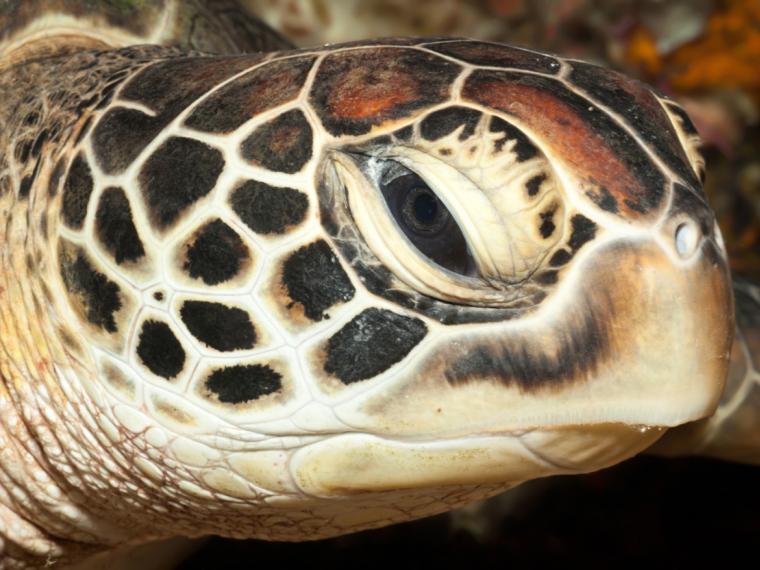 Do turtles have teeth?

Short answer, no. Turtles have something closer to a beak, similar to a bird. The beaks of carnivorous turtles are sharp and grooved. They could cause some serious damage should an unsuspecting human hand get in their way. Herbivorous turtles have jaws with serrated edges, ideal for chopping on plants. Compared to other reptiles, turtle bites are relatively harmless, though American alligator turtles can attack its prey with a force almost comparable to the strength of an average human man. 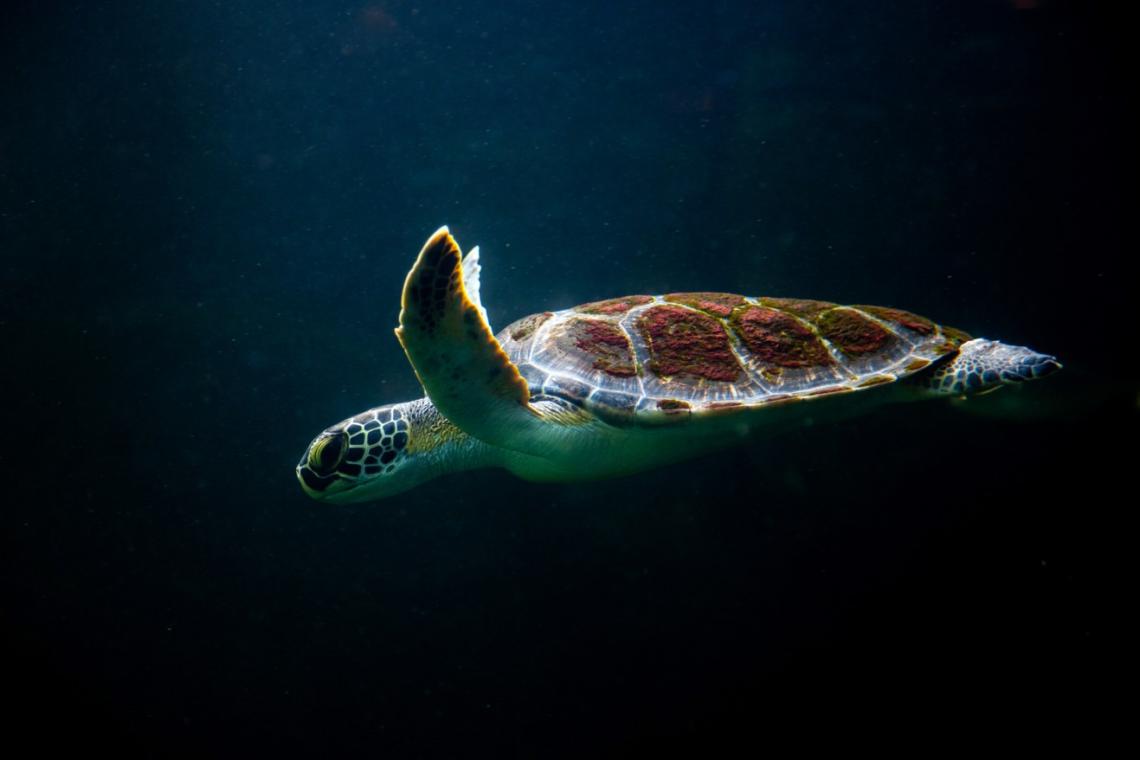 Did you know that turtles have travelled into space?

On  14 September 1968 the Soviet Union launched Zond 5 that sent (among other animals) two land-based turtles into space. Zond 5 was transported flies, worms, plants and what was described as two rather disoriented turtles. The craft circled the moon once and returned to Earth. Once landed it was found that the turtles had lost around 10% of their body weight, but were otherwise healthy and active. 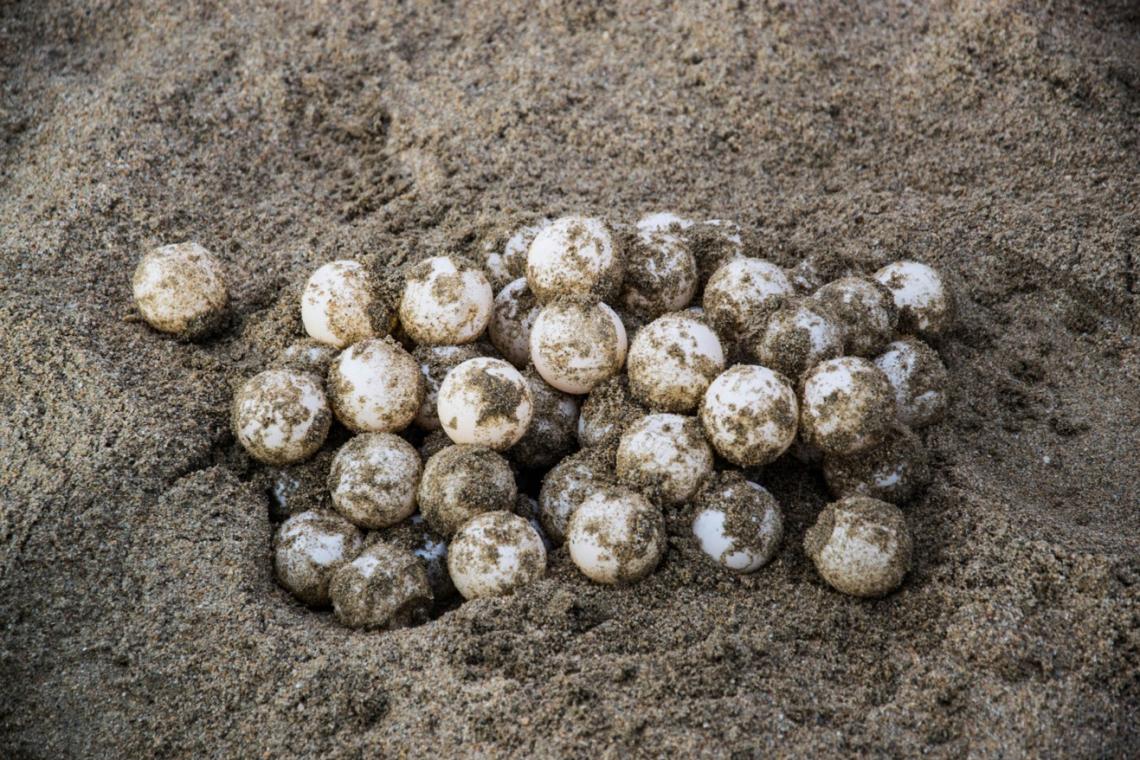 Almost all species of sea turtles are classified as endangered. This is mainly due to human activity. Getting caught in fishing nets is by far the greatest threat to most sea turtles. Turtles are hunted in some parts of the world for their meat, skin, shell and eggs.Climate change also affects the ability for sea turtles to nest and bury their eggs on beaches, which is vital for reproduction.

It is not a good idea to keep a turtle as a pet, most definitely not one found in the wild. Removing a turtle from it natural habitat can have negative consequences for its population. As there is no effective way of identifying whether or not a turtle you may purchase as a pet is wild or captive-born, it’s best not There is no effective way to verify these claims as it is impossible to tell a captive-born turtle from a wild one.

Which are the deadliest animals on Earth?