At the end of the 19th century, many people worked 12 hours a day, seven days a week, often in physically demanding jobs and quite poorly paid.

To make matters worse, children also worked. They worked on farms, in factories and in mines, where working conditions were often harsh and unsafe with miserable salaries.

Attempts to protest against these cruel working conditions were often met with hostility and occasionally violence from governments and authoritative bodies.

While a lot of the social tensions which caused the American labor movement still remains, many things have changed today.

The inception of labour day began in New York when U.S workers carried out their first strike- marching from New York City Hall to a giant picnic in a residential park on September 5, 1882.

The first strike was organised by the Central Labor Union, by an individual in Ireland called Mag Uidhur, although there is some speculation that it may have been someone else who organised the strike.

Some argue that engineer Mathew Maguire first proposed the idea; others say it was the carpenter and co-founder of the American Federation of Labor, Peter McGuire.

Either way the idea became a reality and after a couple of years, industrial cities across the country help parades late in the summer to commemorate the labour movement.

Oregon became the first state to make labour day a public holiday in 1887. It became a federal holiday in 1894 when 29 other states had officially adopted the celebration.

The establishment of labour day did not stop conflicts between workers and employers. In 1897 The Lattimer massacre took place where 19 miners were killed by a Pennsylvania police office.

Company owners began to accept that workers' demands for better treatment were legitimate in the 20th century.

Knowing their history, today we approach the scientific curiosities of labor in honor of this celebration. 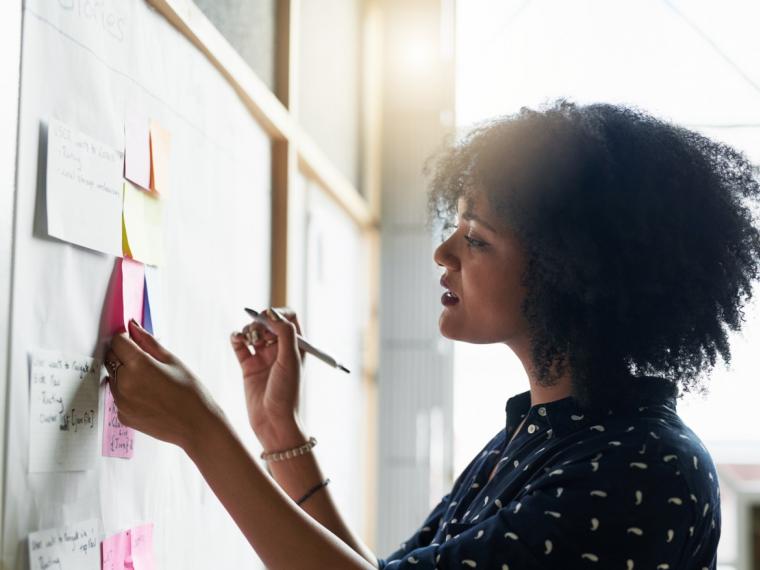 Happy and healthy in the office

A study by the University of Exeter and published in the British Journal of Management showed that employees who have control over the design and layout of the place where they work do much better than those who are given everything. Specifically, people who worked in enriched spaces were 17% more productive than those in flat spaces, but those who sat at desks with their own identity were even more efficient: 32% more productive than their counterparts. 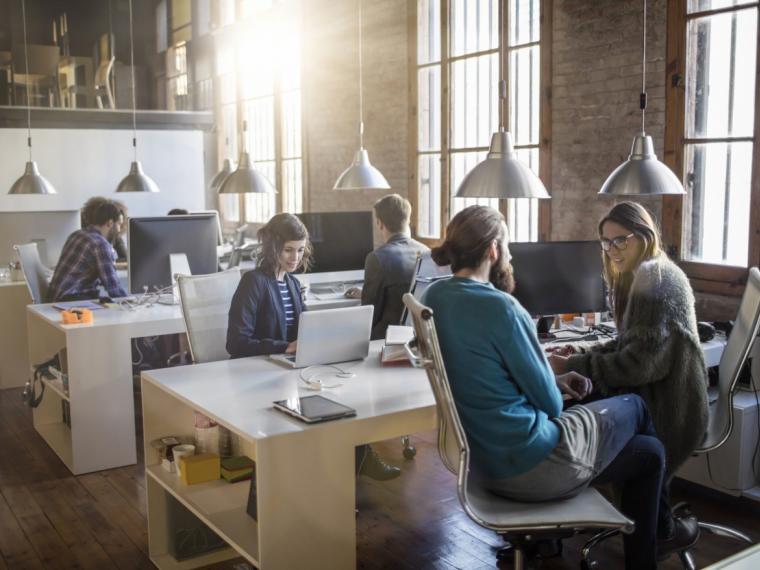 One of the painful ironies of office life is that we can never have the right temperature. We spend the summer shivering with cold and the winter sweating like in a sauna. And our winters sweating in saunas. The experience is not simply unpleasant, it also echoes at work. 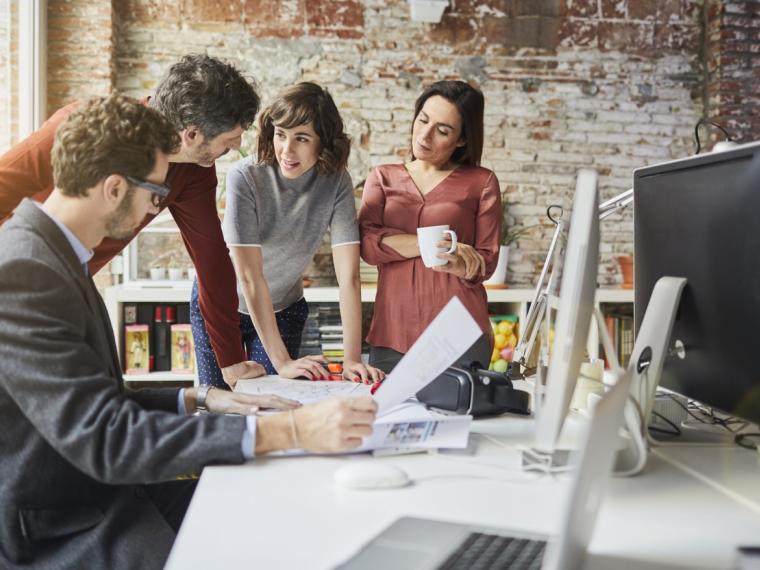 The importance of temperature at work

A team of Cornell University researchers conducted a study that involved working with an insurance office thermostat. When temperatures were low (20°C), employees made 44% more mistakes and were less than half as productive as when temperatures were warmer (25°C). Cold distracts us. The drop in performance was costing bosses 10% more per hour, per employee. Which makes sense. When our body temperature drops, we spend energy keeping warm, making less energy available for concentration, inspiration and perception. 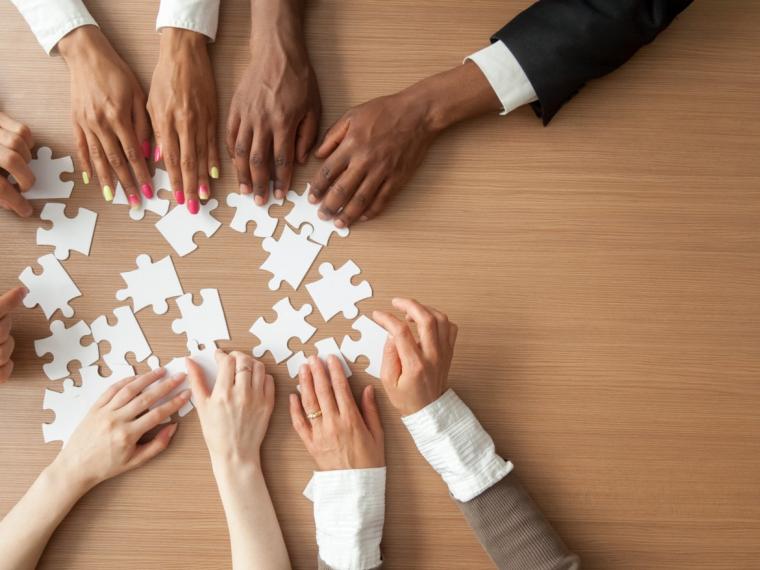 Another consequence of the cold

And it's not just performance that decreases. It's our impression of the people around us. In a study published in the journal Science, psychologists discovered a link between physical and interpersonal warmth. When people feel physically cold, they are also more likely to perceive others as less generous and caring. When we warm up, we let our guard down and see ourselves as more like those around us. 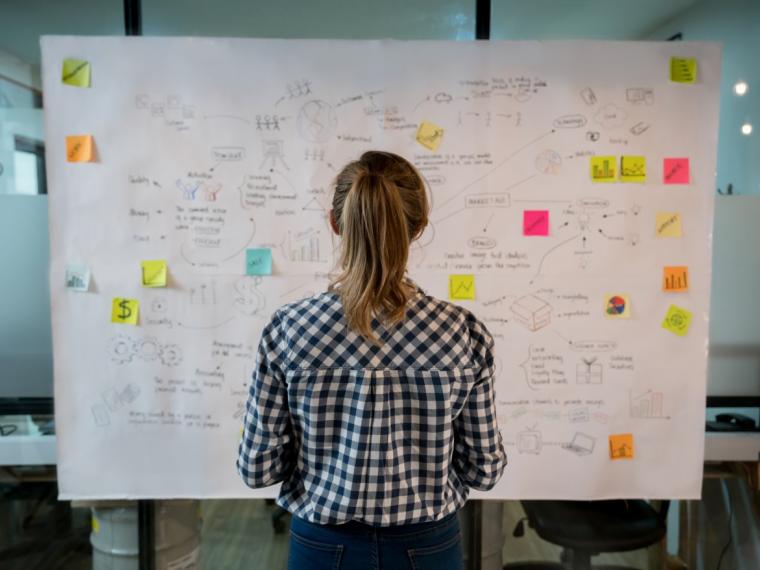 Why the link between physical and mental warmth?

Psychologists argue that it has to do with the way we are built. The same area of the brain that illuminates when we perceive the temperature, the insular cortex, is also active when we feel trust and empathy towards another person. When we experience warmth, we experience confidence. And vice versa. 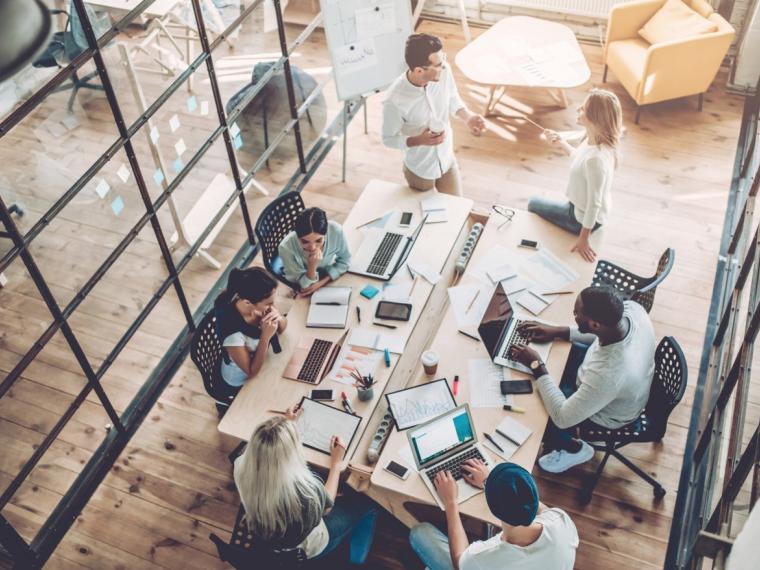 Why more confidence in work?

There is a reason why we associate warmth with confidence, and that is because doing so promotes our survival, especially in the beginning. When we are small, babies, staying close to our caregiver is vital to keeping us alive, which is one of the reasons we are programmed to seek warmth. Throughout our lives, we associate warmth (a hug) with affection (this person loves me). It is a connection that is strengthened with each intimate embrace. At work, contact also increases trust between peers. 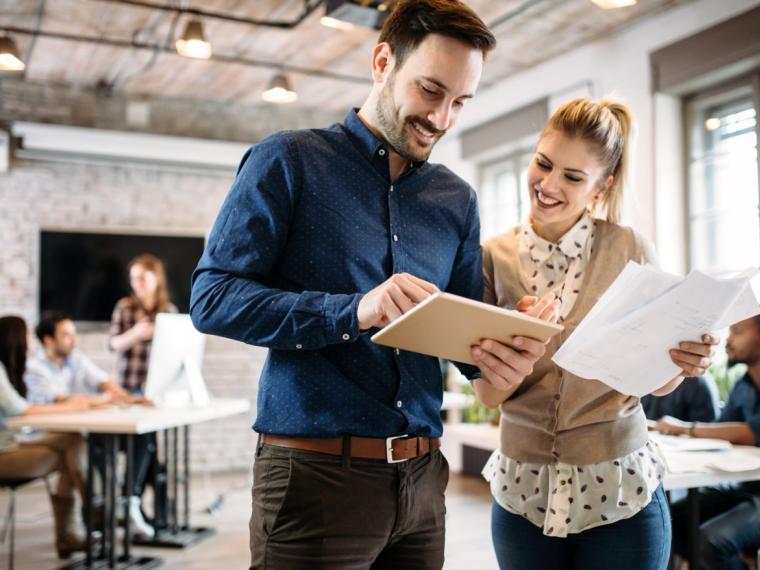 We know that low temperatures worsen productivity. What the same previous research published in Science showed is that it can also corrode the quality of our relationships. And that, ultimately, is why office temperature is important. A proper workplace is not simply the product of good organizational policies. They arise when employees connect with each other and form meaningful relationships that build trust. 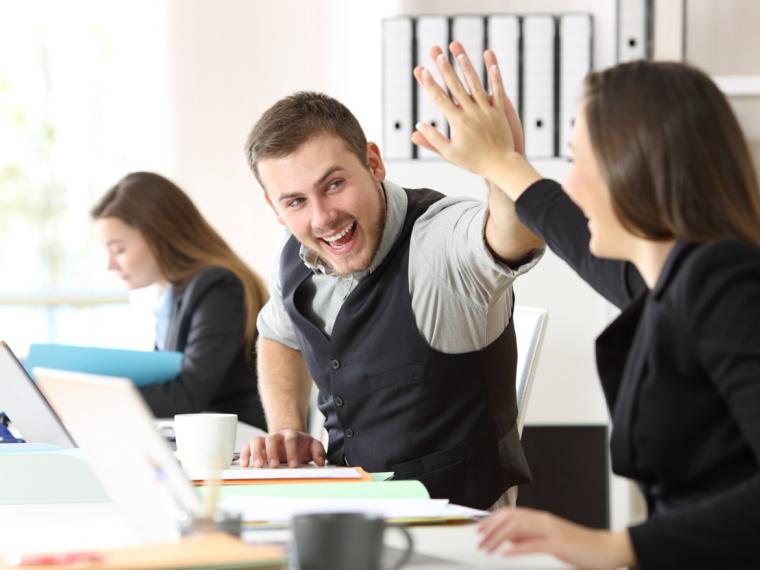 What does science say about the optimal number of working hours?

An Australian study concluded that the optimal working day for people in their forties should be 20-30 hours and that, according to the results, working more hours is not synonymous with productivity. Reducing working hours to 25 hours a week improves cognitive skills. Working more hours has a negative impact. These results were identical for both men and women.

The most dangerous job

Being a cop isn't the most dangerous job, as we might think. Garbage collectors, farmers, waiters and taxi drivers are more likely to die on the job than police officers, according to a study by the U.S. Bureau of Labor Statistics. 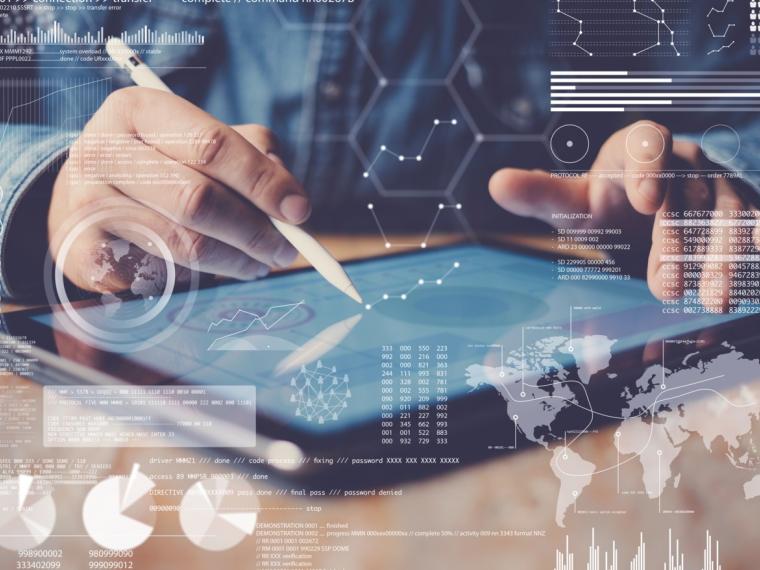 The importance of breaks at work

There are several scientifically proven reasons why it is important to rest during the workday. The first is that we will maintain optimal levels of stress. Thus, a study conducted by the University of Illinois at Urbana-Champaign and published in Cognition magazine in 2011 concluded that taking regular breaks of a couple of minutes increased worker productivity by nearly 7%. 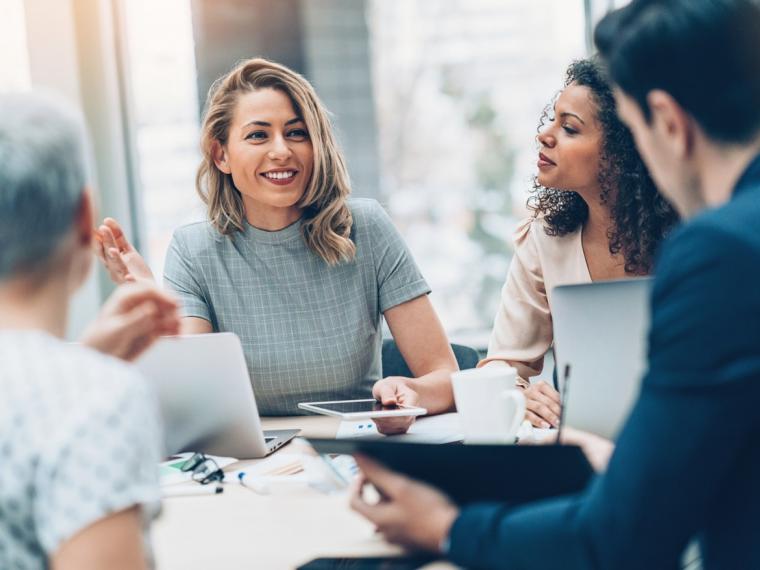 The optimal level of stress for us to achieve maximum productivity at work is when we are under a certain amount of stress but without overloads. If stress levels start to make us feel like we're in the 'red zone', they damage our job quality. Thus, taking breaks is an incredible regulator to maintain, or in this case, reduce stress levels.

Have you ever had a 'eureka' moment in a project that seemed completely unexpected? Or have you ever realised that you can't remember the name of a song or artist, and when you stop thinking about it you suddenly remember? It's because when we stop concentrating completely on one thing and take a break from the problematic task, the subconscious mind is still working in the background to find the solution. Higher levels of stress often correlate with thinking too much about a particular issue, so take a break and you'll see the result. 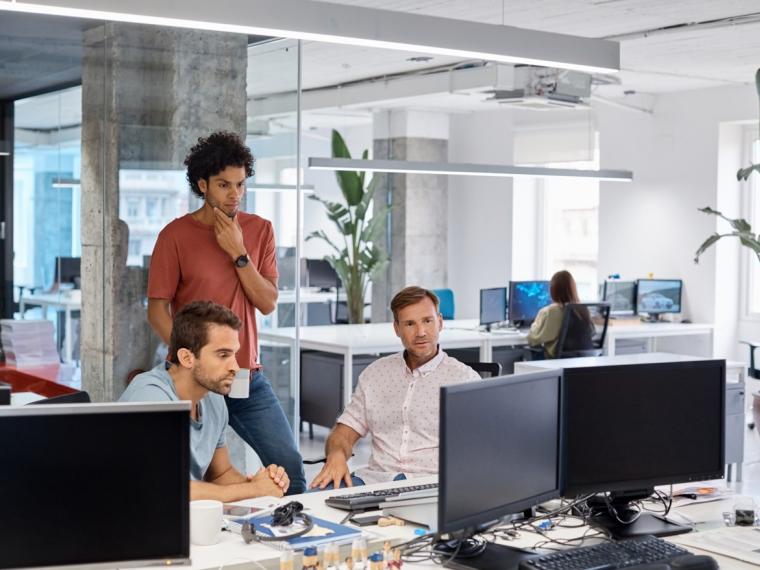 Taking a short break every two hours from a hard work schedule helps us stay in good physical, mental and emotional shape, which greatly improves our productivity. Physically, after vigorous exercise, our bodies need ample rest and balanced nutrition for our muscles to recover and grow stronger and bigger. This rule is no different for us psychologically. After hours of intense concentration on a particular topic, puzzle or problem, we must give our "focusing muscles" enough time to rest and cooperate again. After taking a break, we are giving our brain all the "nutritional" support it needs to stay focused and productive at work. 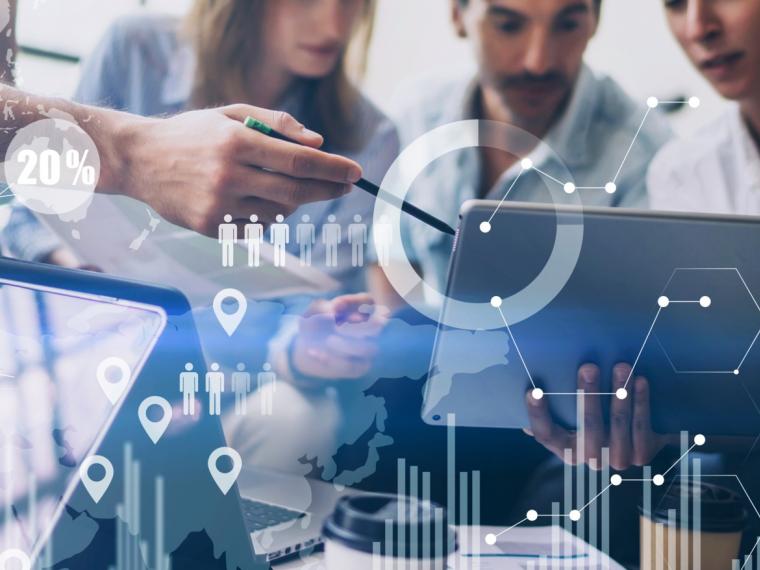 Work Strain Can Damage the Heart

People with high-voltage jobs are more likely to develop atrial fibrillation, which is a common heartbeat disorder that can significantly increase the risk of stroke. This is the case for assembly line workers, nurses, or bus drivers, for example. This was the conclusion of a recent Swedish study published in 2018 in the European Journal of Preventive Cardiology. Researchers define "high-voltage jobs" as those that are "psychologically demanding. Analysis of the data, after adjustments for age, gender and education, showed that work stress was associated with a 50% increased risk of atrial fibrillation. The risk remained the same when the team adjusted the results to take into account the effect of exercise, smoking, blood pressure and body mass index. 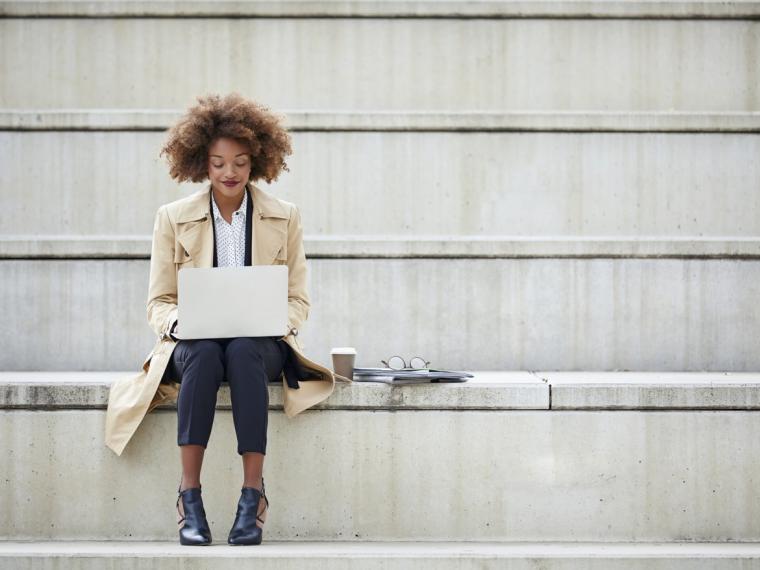 How to rest at work?

Walking, talking to a colleague and having a cup of coffee are the most obvious, and they are fabulous, of course. But if you can't get away from your desk, another great option for a mental break is to switch your attention to a relaxing or fun video on your computer screen. So next time you want to take a break, do it and don't feel guilty. You're participating in a healthy habit that can increase your productivity at work.