Some 230 million years ago, the first dinosaurs evolved during the Middle to Late Triassic age, somewhere in South America, then a part of the supercontinent Pangaea. The English naturalist Sir Richard Owen named these prehistoric creatures ‘dinosaur’ in 1842, after the Greek word ‘deinos,’meaning ‘terribly large,’ and ‘sauros,’ meaning ‘lizard.’

Before dinosaurs, arcosaurs (dominant reptiles), terapsids (mammal-like reptiles), and pelicosaurs roamed the Earth. The earliest arcosaurs lived during the early Triassic period, about 227 to 242 million years ago. Those evolved into numerous herbivores and carnivores.

The scariest creatures on the planet were prehistoric crocodiles even 20 million years after the dinosaurs arrived. It was only at the beginning of the Jurassic period around 200 million years ago that dinosaurs began soaring to the top of the food chain.

The dinosaur age lasted approximately 215-245 million years (around 64 times longer than humankind’s time on Earth). Around 66 million year ago, all non-avian dinosaurs went extinct. Now, some 700 species of dinosaurs are thought to be extinct.

While mosasaurs, ichthyosaurs, pterosaurs, plesiosaurs, and dimetrodon are mistakenly thought of as dinosaurs, ‘dinosaur’ technically applies only to earth-dwelling reptiles with a particular hip structure, among some other features. 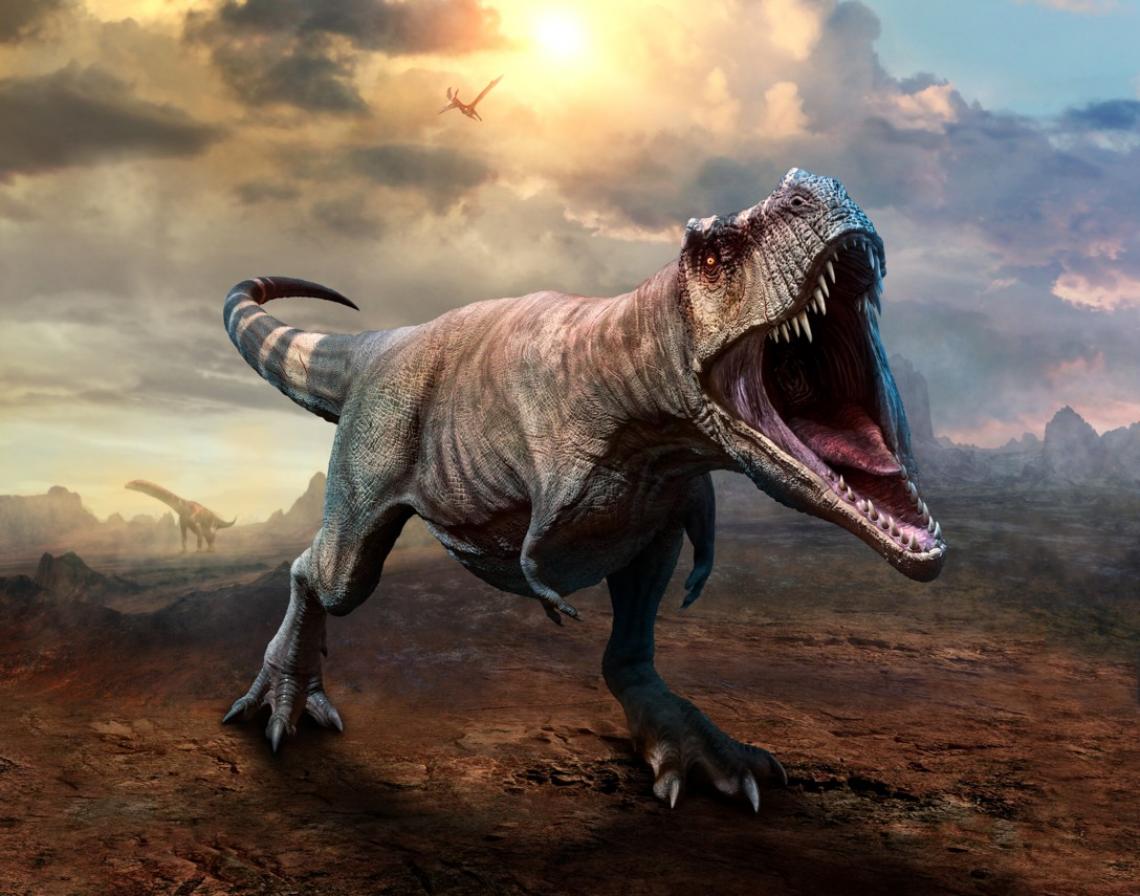 Tyrannosaurus rex, a name meaning ‘tyrant reptile,’ was a dinosaur that lived during the late Cretaceous period around 66 million years ago. Between 10 and 14 metres long of which its skull took up only 1.5 metres, it weighed between four and seven tonnes. A terrifying carnivore, palaeontologists are of the opinion that it could run fairly fast despite its large size. T. rex lived in an area that is now considered western North America. 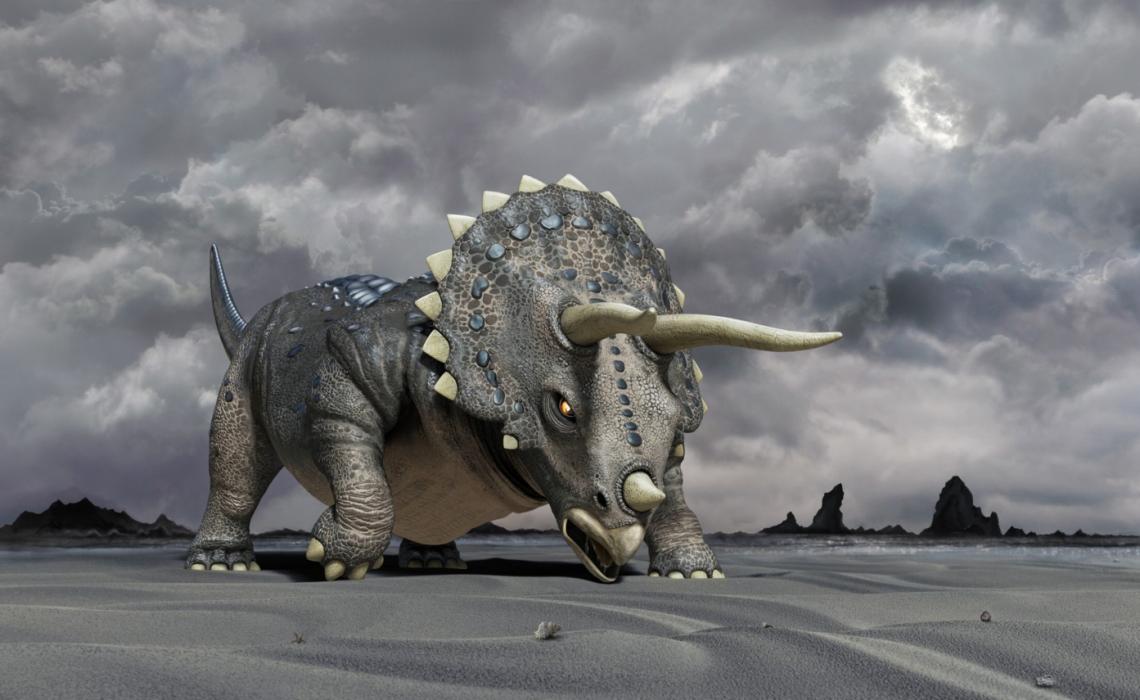 Triceratops (Triceratops horridus), a name which denotes ‘horrible head with three horns,’ lived during the late Cretaceous period around 66-68 million years ago. Measuring between eight and nine metres long and three metres tall, it weighed between 6,000 and 12,000 kilograms. Surprisingly, its large size was solely attained from a plant-based diet. It was also the largest of the horned dinosaurs at that time. In 1887, the first set of Triceratops fossils were found near Denver, Colorado, in the United States. 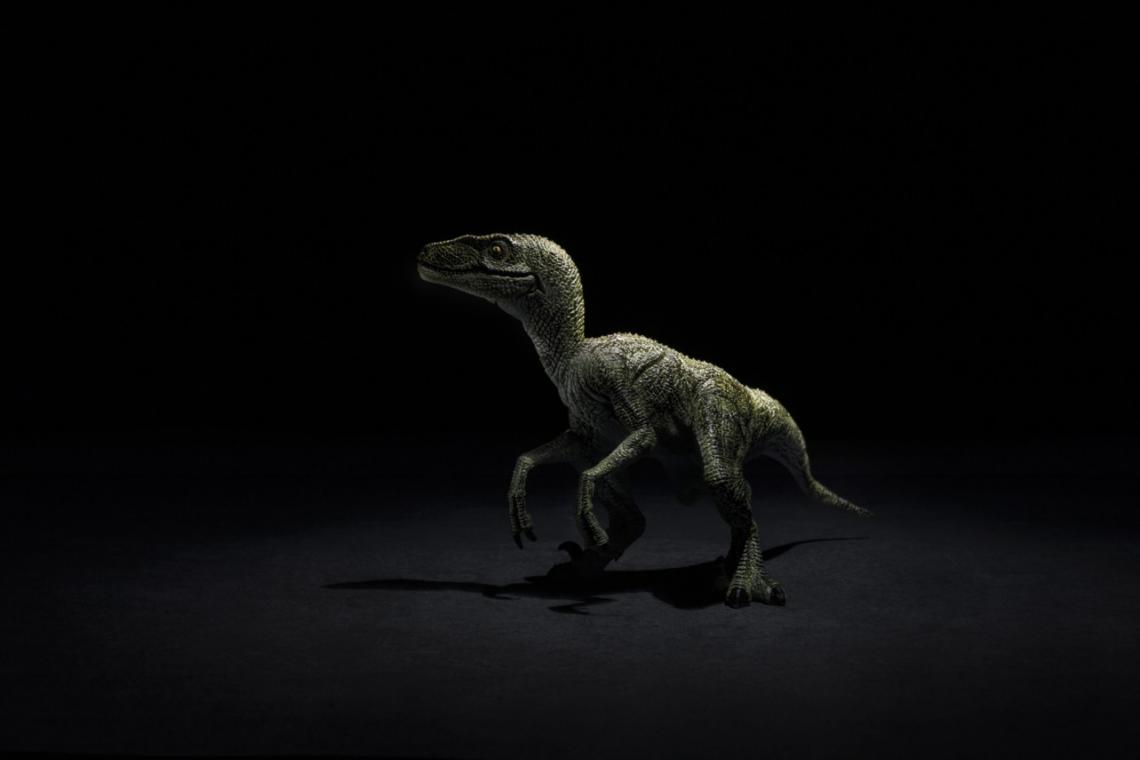 Living during the late Cretaceous, Velociraptor (Velociraptor mongoliensis), meaning ‘quick or fast thief,’ was a small, sure-footed, and quick dinosaur. It was only 1.8 metres long and weighed 15 kilograms. Apparently, it could reach speeds of 65 kilometres per hour, making it an excellent hunter, which frequently preyed on Protoceratops. 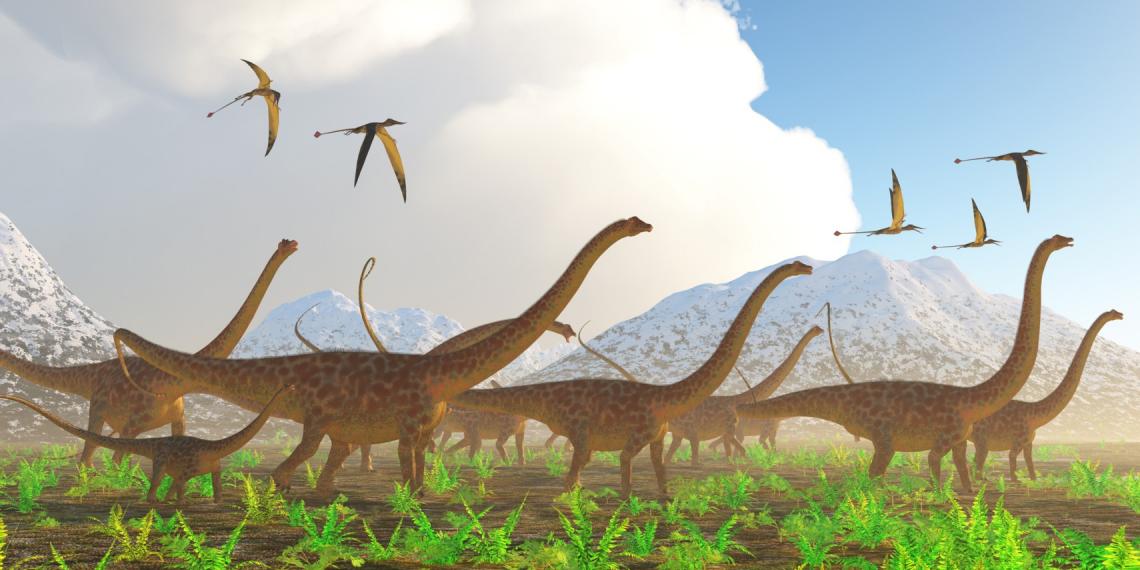 Diplodocus (Diplodocus longus), meaning ‘double beam,’ was named for its strangely-shaped tail bones, which had some 80 vertebrae. The thin end of its tail made for a superior whip and defence against predators. Living in western North American at the end of the Jurassic period around 150 million years ago, its body was 35 metres long and weighed around 10 to 15 tonnes. An herbivorous dinosaur with indeterminate taste, it lived off of the leaves and fruits of tall trees and bushes, as well as ferns and horsetails growing closer to the ground. 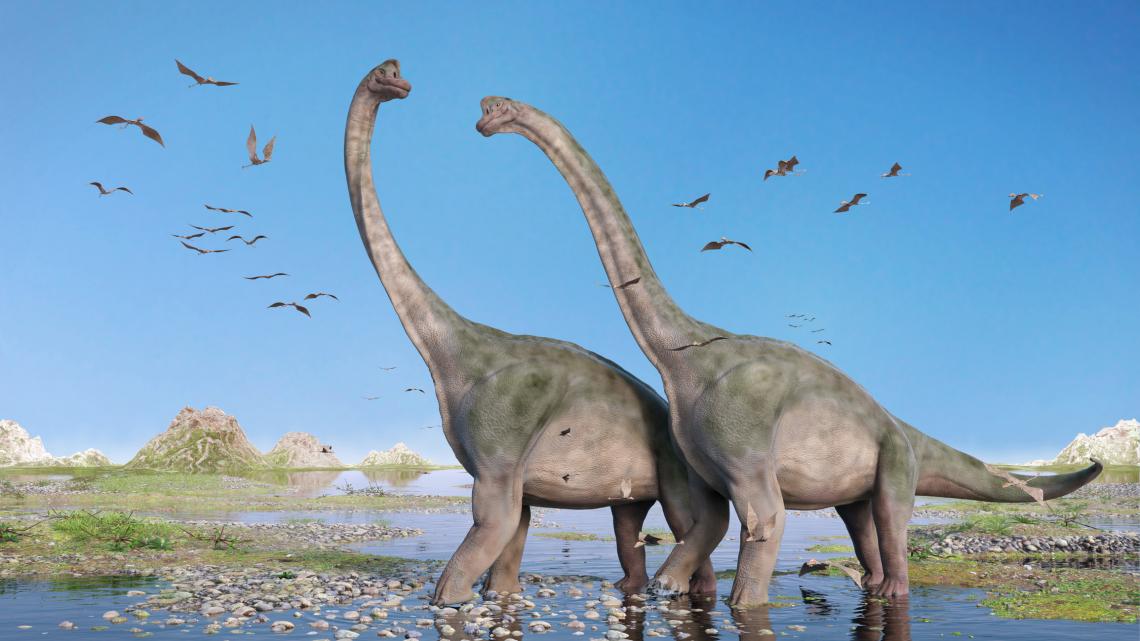 Living in present-day North America during the late Jurassic period, Brachiosaurus brancai was a herbivore whose name means ‘reptile with arms.’ Feeding from tall trees, it likely ate some 200-400 kilograms a day. With a long neck, a small head, and a comparatively short tail, it was 28 metres long and weighed about 50 tonnes. A sauropod, like Diplodocus and Apatosaurus, it was alone in that its front legs were longer than its hind legs. 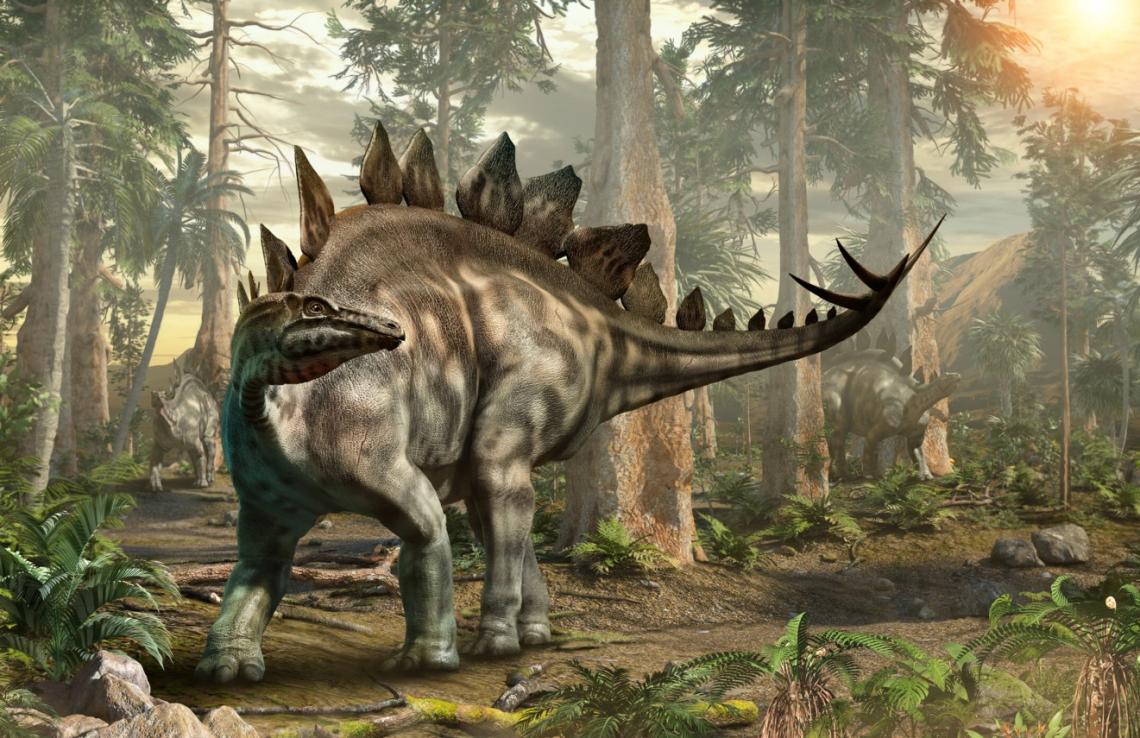 Living in North American plains around 150 million years ago during the late Jurassic, the herbivorous stegosaurus was distinctive with dermal plates that were 60 centimetre wide and tall. Its name means ‘covered lizard.’ Around nine metres long and four metres high, it came in at two tonnes. Some researchers speculate that its pointed plates were colourful and moved, and that horizontal instead of vertical ends on its tail would have discouraged predators. 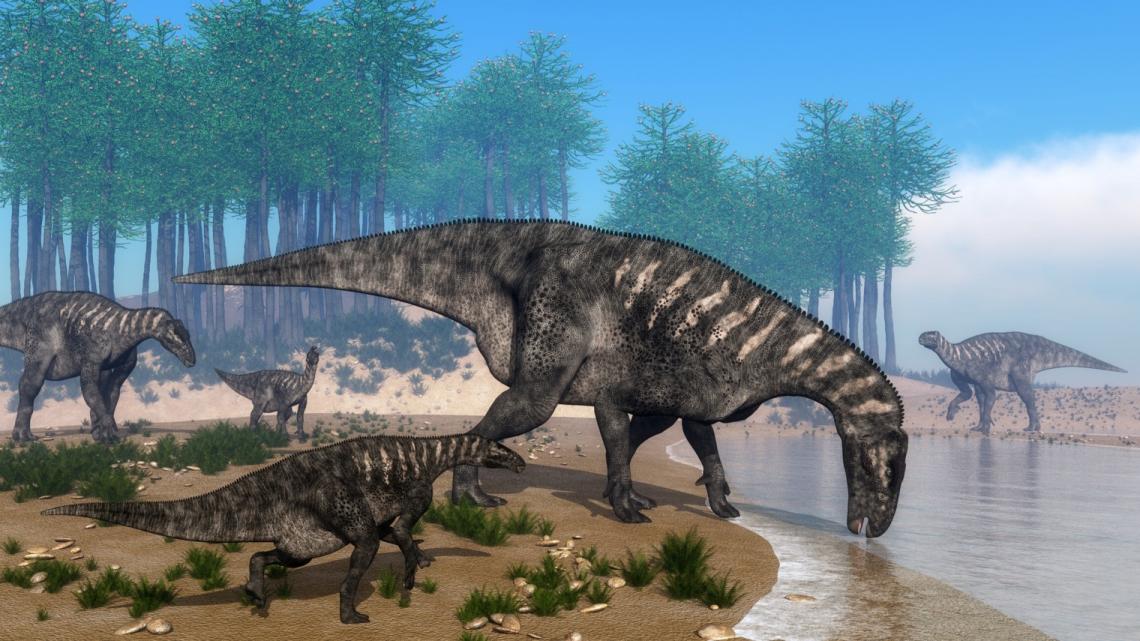 Living during the early Cretaceous around 125 million years ago, the herbivorous Iguanodon (Iguanodon bernissartensis), a name meaning ‘iguana's tooth,’ was discovered in 1822 by English geologist Gideon Mantell. In 1825, it was only the second dinosaur to be given an official  name. Weighing around 3.5 tonnes, it was about 10 metres long. It served as the inspiration for Godzilla’s appearance, along with T. rex and Stegosaurus. 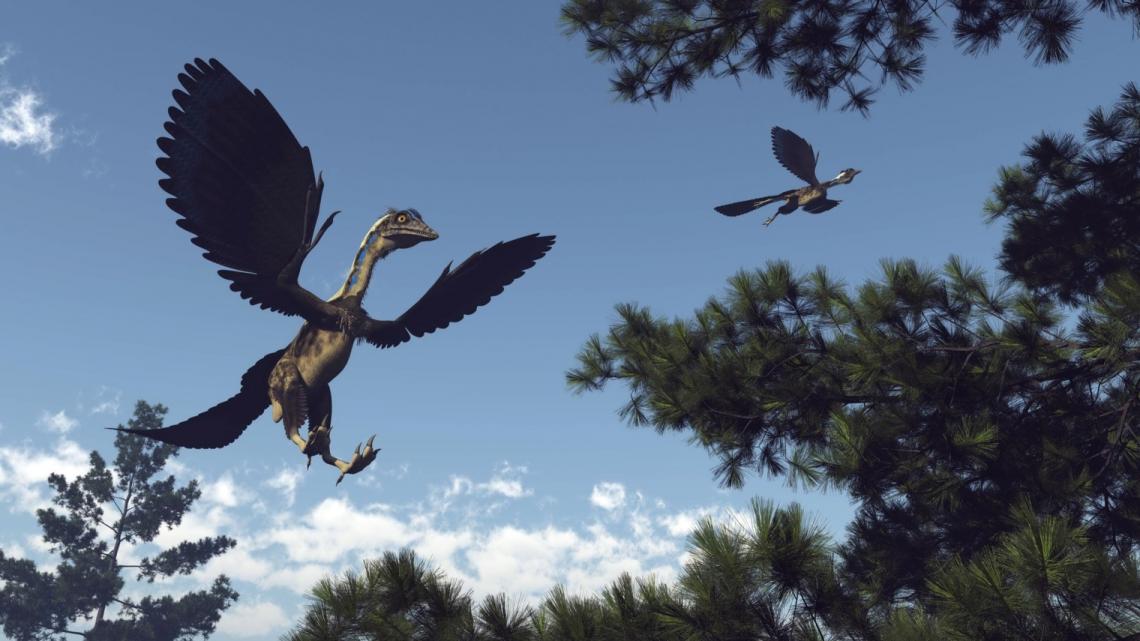 Living in the Jurassic era, the carnivorous Archaeopteryx (Archaeopteryx lithographica) was named for ‘ancient wing.’ With its terrifying claws and sharp teeth, it devoured small reptiles, mammals, and insects. It was 60 centimetres long and weighed 500 grams. It serves as an example for evolution between dinosaurs and birds, with its particular features. 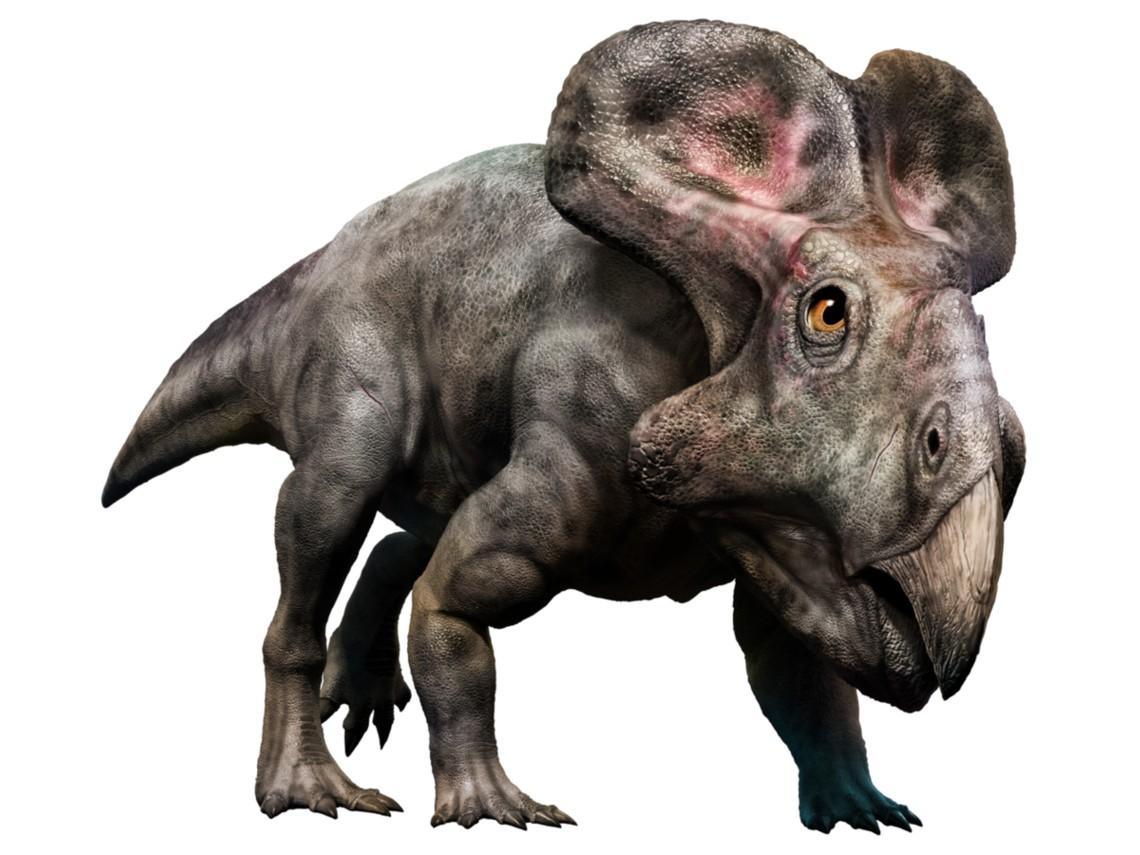 Protoceratops, whose name means ‘first face with horns,’ would have been found in Asia, particularly present-day Mongolia, during the late Cretaceous some 75 to 71 million years ago. It didn’t actually have horns but bony outgrowths on its nose and cheeks. An herbivore, it ate plants and was two metres high and weighed around 177 kilograms. 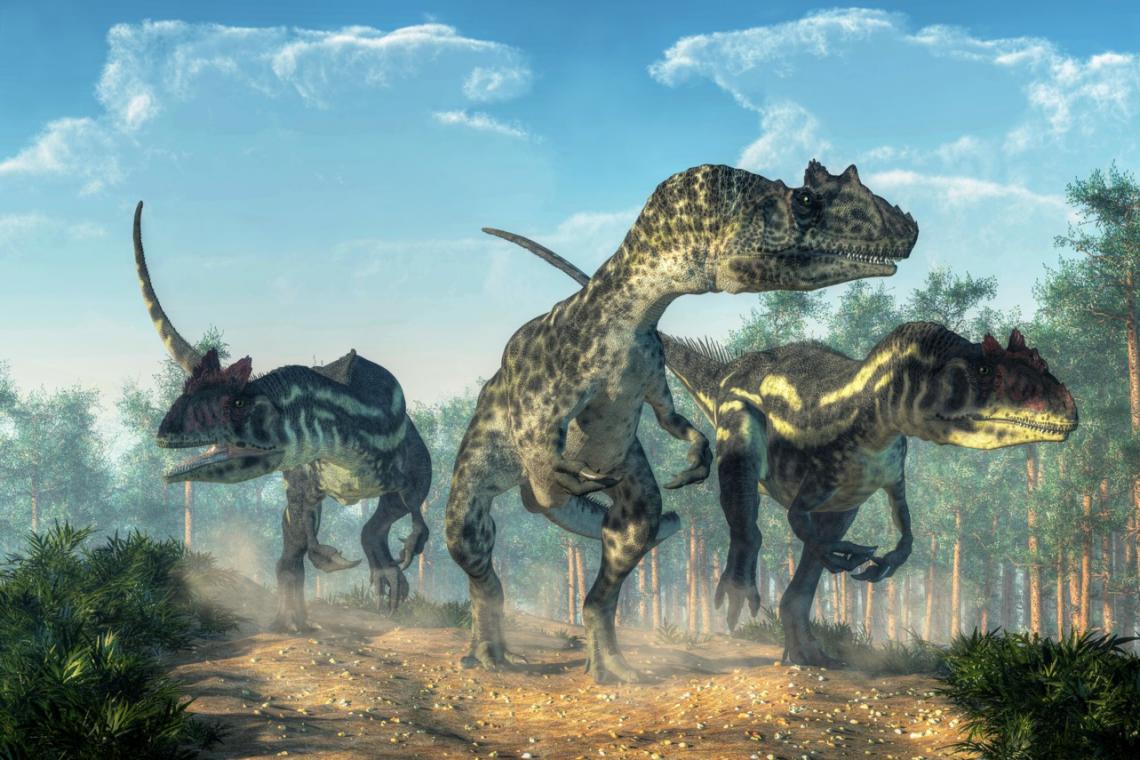 Living during the Jurassic some 150 million years ago, Allosaurus (Allosaurus fragilis) was a carnivore whose name means ‘delicate, strange or different reptile.’ Othneil Marsh first reported it in 1877. It was smaller but faster than T. rex walked on two legs. Its large skull housed many teeth. Its body and head were balanced by a heavy, long tail. It was around 12 metres long and weighed up to two tonnes. It had a distinctive set of bumps in front of each eye. Feeding on lizards, mammals, and smaller dinosaurs such as Camptosaurus and Stegosaurus, it may have hunted in groups. It has served as inspiration in popular culture, from books to documentaries to movies. It famously featured in Arthur Conan Doyle's novel ‘The Lost World’ and the BBC television series ‘Walking Among Dinosaurs.’