An equation is a mathematical equality formed by two expressions containing one or more unknowns that can be solved through a sequence of mathematical operations. I’m sure that many of you are looking at the screen with one eyebrow raised, cursing yourself for encountering your old school enemy that is mathematics.

Maths is probably one of the formal sciences that is most misunderstood by society and yet acts as a fundamental building block in order for us to understand the world around us and the universe in which we live. Mathematics is the central gear that spins around it all the other elements that make up the world as we know it.

Without the abstract science, it would not have been possible to develop or prove much of the knowledge we have in other fields such as physics, chemistry, engineering and even medicine and social sciences. The laws of nature and artificial laws are mathematical expressions of a phenomenon explained by mathematics so that the human being can understand them ( or at least try).

At first glance there is nothing more to maths than a succession of letters, numbers and symbols that we assume have a certain order but if you dig deeper, it  actually hides the answers to questions that humanity has been asking for a long time. Perhaps, these answers may not hold obvious answers to you but if you’re someone who’s curious about the science, you will definitely come across names like Pythagoras, Newton, Maxwell or Einstein. The so-called “pop culture” makes these names recognisable anywhere in the world, although not everyone can understand what the work of these geniuses or their time consisted of.

In order to make the work of mathematicians, physicists or engineers a little more accessible, scientist Ian Steward has compiled a list of some of the equations that changed the world. Pythagoras' theorem tops the list of 17 equations that have changed the world. Formed in 530 B.C. by Pythagoras, it describes the relationship between the sides of a right triangle on a flat surface, concepts essential to understanding geometry. Thanks to him, algebra and geometry were connected. 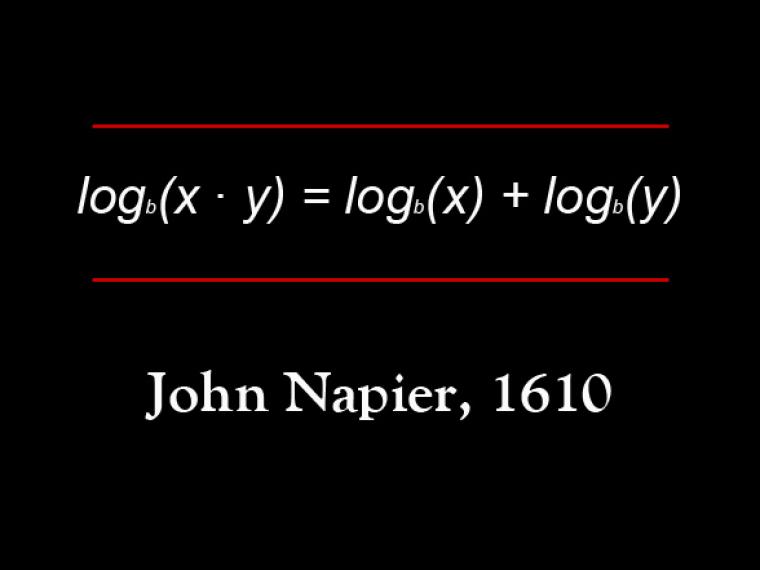 In second place of the 17 equations that have changed history are  "logarithms" that were described in 1610 by John Napier. Thanks to logarithms and even the development of computers, this calculation base was the fastest way to multiply large quantities because it allowed to simplify very complex operations. 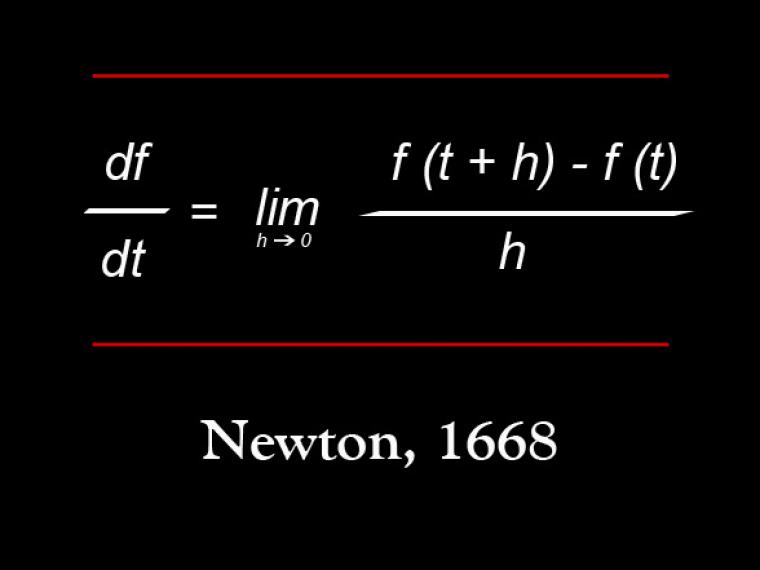 The third place of the 17 equations that have changed our world is occupied by the basis of calculus, the "formula of the definition of the derivative in calculation". Described by Isaac Newton in 1668, this equation helped to understand the change of functions when their variables changed. 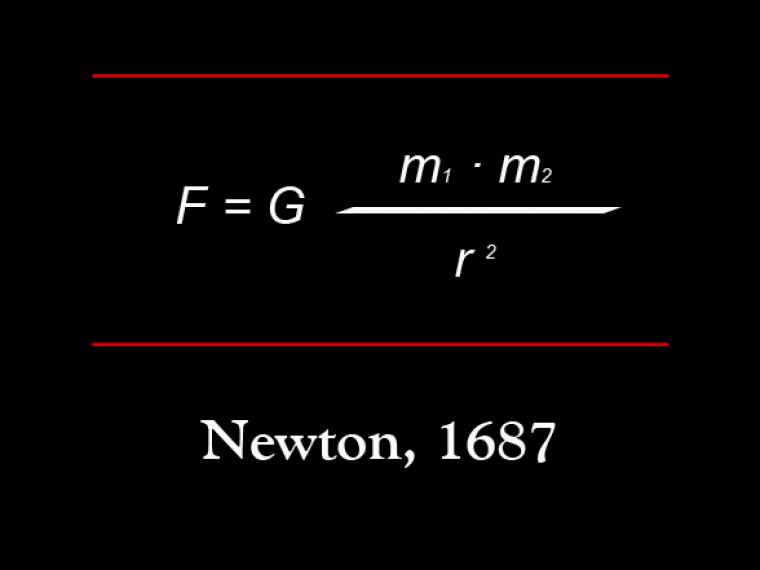 Fourth place is for the "law of gravity". Formed in 1687 by Isaac Newton, this equation not only explained this physical phenomenon but also helped to understand the functioning of gravity at the level of the entire universe, unifying in a single equation phenomena apparently as different as the fall of an apple and the orbits of the planets 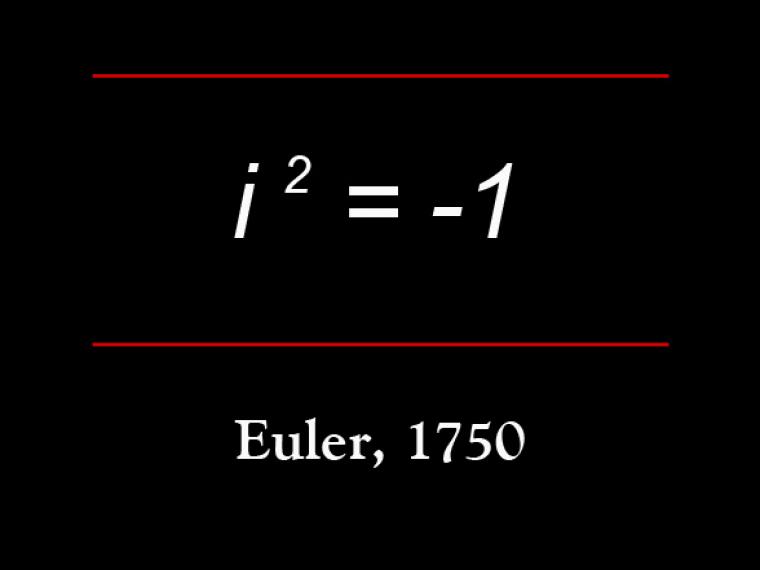 We continue with the "square root of -1". Leonhard Euler described this equation in 1750 and gave rise to complex numbers, essential for solving many problems. 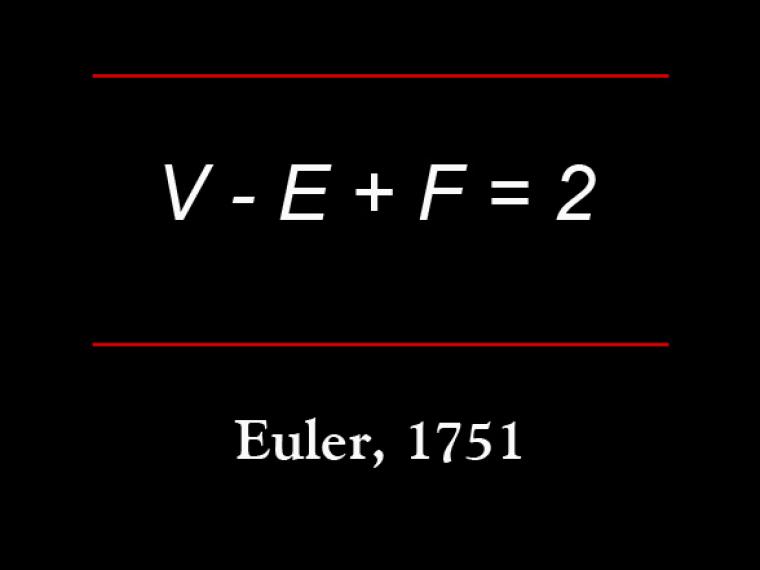 In sixth place of the 17 equations that have changed the world is Euler’s formula. In this case the "formula of polyhedra", three-dimensional versions of polygons such as the cube. The topology would be born thanks to this equation. It was described in 1751. 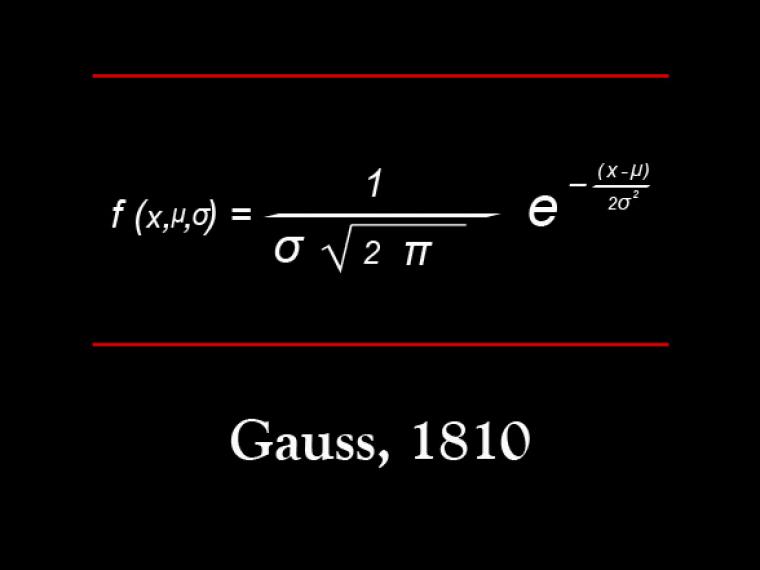 At No. 7 is the "normal distribution," an equation used in both biology and physics to model properties. For example, it describes the behavior of large groups of independent processes. The equation was formulated in 1810 by Carl Friedrich Gauss, the so-called "Prince of Mathematics" and is one of the pillars of statistics. 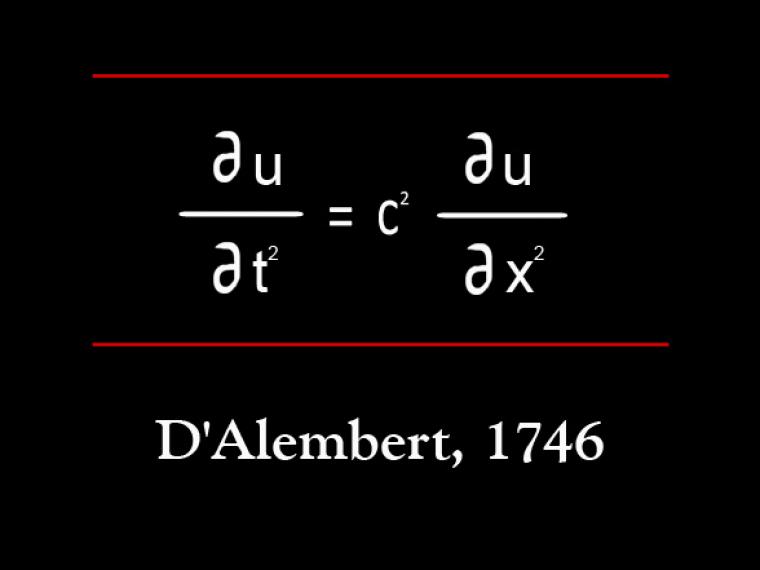 The next equation that has changed our world is Jean le Rond d'Alembert's the "wave equation" (1746), which is nothing more than a differential equation describing how a property is changing over time in terms of derivative of that property; that is, it describes the propagation of a variety of waves, such as sound waves, light waves and waves in water, which helped enormously in fields such as electromagnetism, acoustics or fluid dynamics, unifying phenomena as disparate as light, sound or earthquakes.

In ninth place of the 17 equations that have changed the course of history is the "Fourier Transform". Jean-Baptiste Joseph Fourier formed this equation in 1822, an equation which experts consider essential for understanding the most complex wave structures such as human language itself (essential in signal processing). 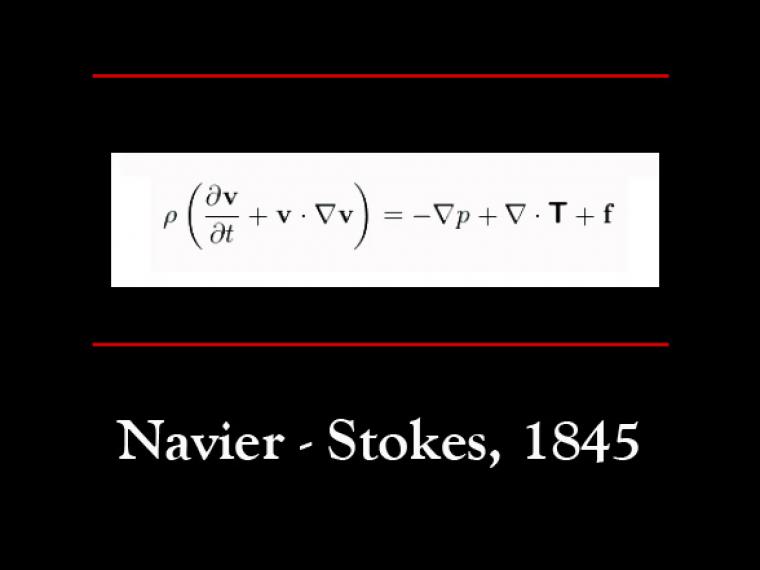 In 10th place of the 17 equations that have changed the world is occupied by the "Navier-Stokes equations". Claude-Louis Henri Navier and George Gabriel Stokes uncovered this equation in 1845 to explain fluid mechanics, with incredible implications for the world of engineering. It is the basis of aerodynamics and hydrodynamics. 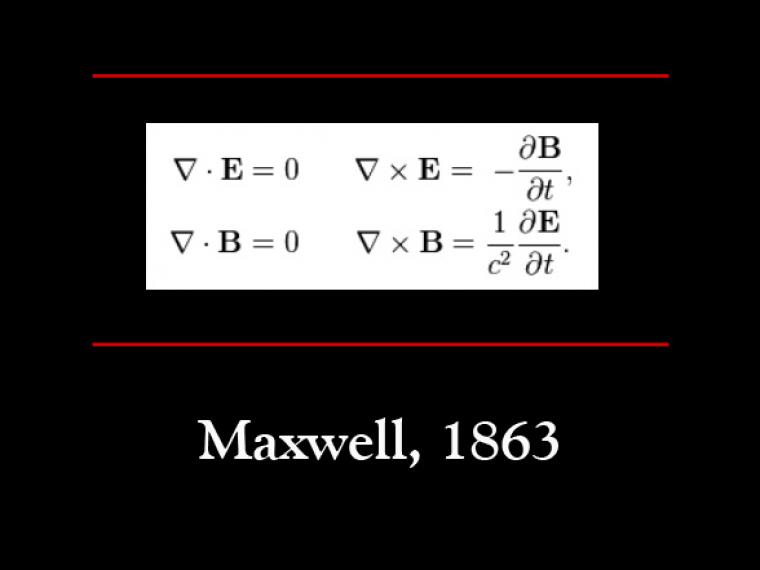 In 11th spot are the "Maxwell equations", which fully describe electromagnetic phenomena, behaviour and the relationship between electricity and magnetism. Originally there were 20 equations but finally they narrowed down to four. The person responsible for such advancement was James Clerk Maxwell in 1863. 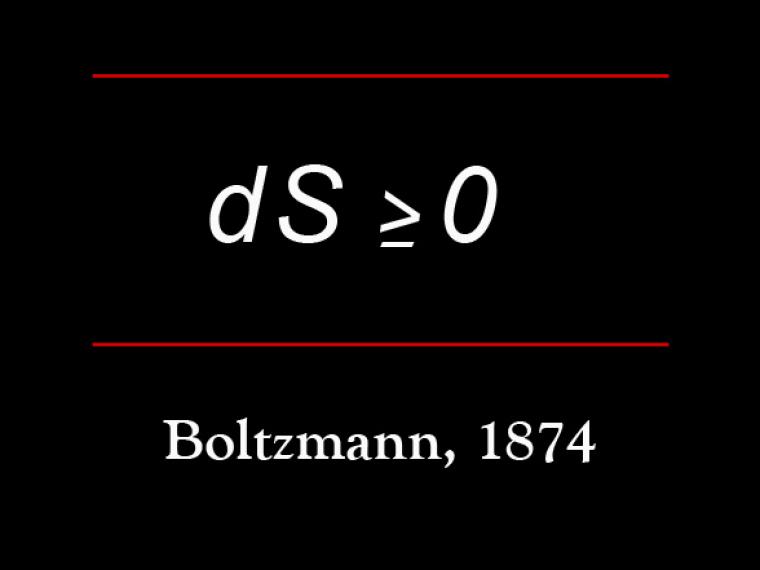 Next in line is Ludwig Boltzmann's "second law of thermodynamics". Formed in 1874, this equation indicates that, in a closed system, entropy is always constant or increasing. It is one of the most important laws of physics and states that "the amount of entropy in the universe tends to increase in time".

Ranking in place 13 is probably one of the best-known equations in history. It is Albert Einstein's "theory of relativity". Formed in 1905, this well-known equation would radically change the course of physics. This equation, by which Einstein will be remembered forever, showed that mass and energy were simply two sides of the same coin. 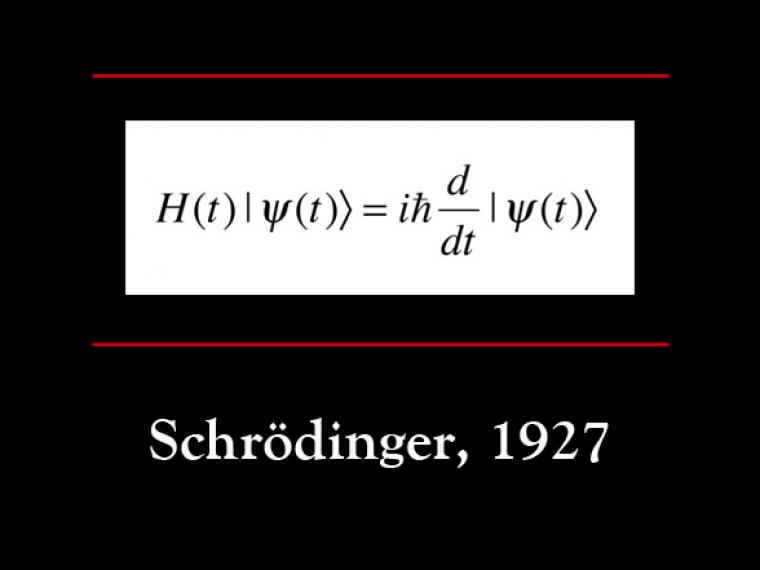 We are approaching the end, and in 14th place we have the "Schrodinger equation". Formed  in 1927 by Erwin Schrödinger, it describes the temporal evolution of a non-relativistic mass particle. So, space is not empty and when a particle passes through it, it deforms it, and space also generates a waveform by this perturbation. The equation represents the probability that in a determined time the particle is there in the coordinates X, Y and Z of space. In short, it describes the evolution of a quantum system. 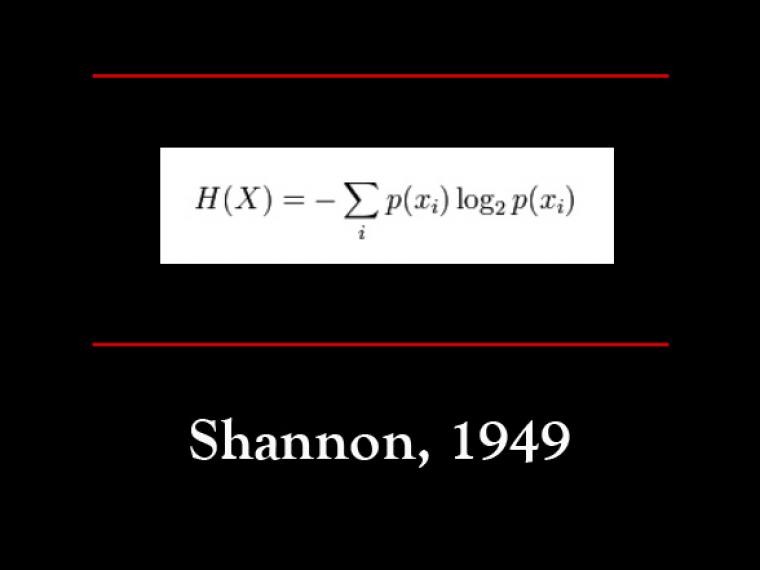 At No.15 we have the "information theory", which measures the information content of a message and describes the limit to which information can be compressed. Claude Elwood Shannon was responsible for this equation and the formula dates back to 1949. 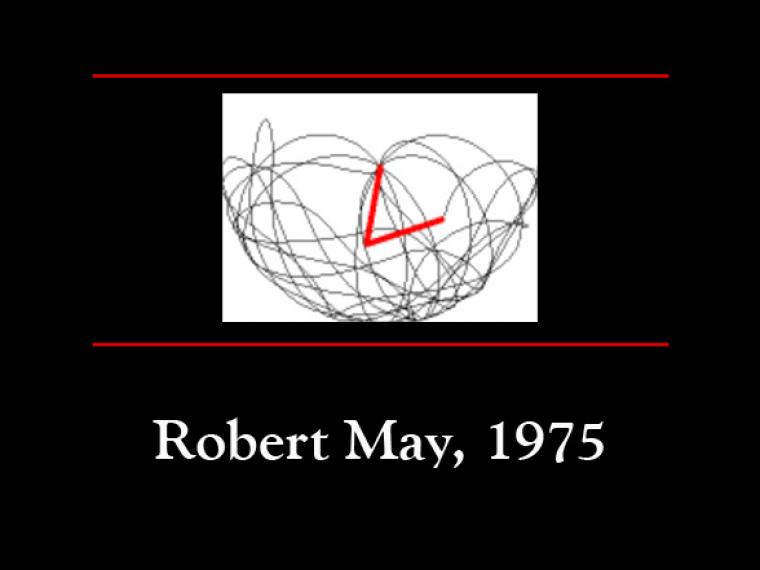 The 16th place became known to many because of the importance of this equation. Robert May's Chaos theory, formed in 1975, is a field of study in mathematics, with applications in various disciplines such as physics, engineering, economics or biology. Chaos theory studies the behaviour of dynamic systems that are highly sensitive to the conditions of origin, an effect that is popularly known as the butterfly effect. 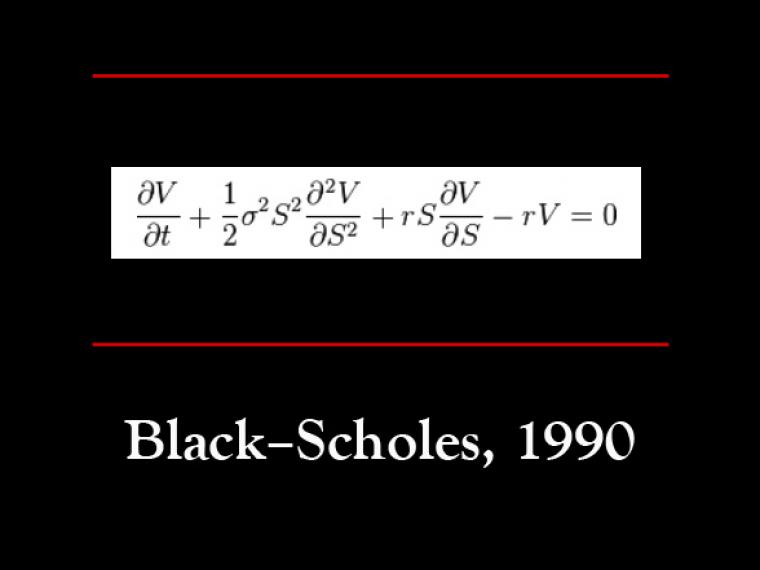 At the bottom of the 17 equations that have changed history is the most recent years, the "Black-Scholes equation,"  allows financial professionals to value financial derivatives. It was formulated in 1990 by Fisher Black and Myron Scholes and applies to options, which are agreements to buy or sell a thing at a specific price at a specified future date.

Evidence that proves that man reached the moon